Engage in a core roleplaying experience, and forge the destiny of a new world seeping with magic, and filled with riches, lost secrets, and fantastic creatures. With diplomacy, deception and force, become part of a living, evolving world - influence its course and shape your story.
$34.99
Visit the Store Page
Most popular community and official content for the past week.  (?)
Combat is trash.
This tab target one dimensional combat system is really boring, Cant even block my character just kinda flips his sword in the air for a parry. Cant dodge or even run and am just kinda stuck in this sluggish duel that allows my character to kinda side step. I am running from this poison on this boss and my guy looks absolutely stupid trying to side step 10 times to avoid....
11

Trashkan
Sep 28 @ 10:07am
General Discussions
More Fighting - Less Running Around .... Good Game
I really like the story and voices (great job!) Losing Interest though, even with some campfires to help, this constantly running back and forth on errands is getting a bit much.... most hours logged are just running from place to place, so much backtracking. Perhaps time to stop support mission and only perform main ones ... I do really like the side quest stories, just wish not so much waste of time going place to place.... just grinding burns you out. Overall, great game, they have a great future if c...
17

SP2244
Sep 21 @ 8:28pm
General Discussions
As a Gothic/Risen fan...
Do you think I'd like this game? It looks like the sort of euro-jank RPG niche I love, but i'm not fully sure. Input from any crossover fans?
17 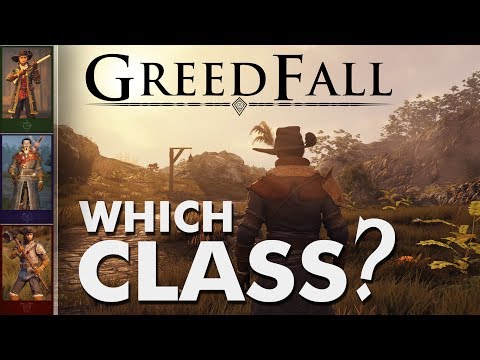 BoomstickAlex
View videos
DLC
When can I start the DLC? I just finished the trial of water and dont want to go too far without playing the DLC first
2

Huilderi
Oct 12 @ 6:42am
General Discussions
A List of Working and Not Working Mods for Latest Update/DLC Patch
I do hope to update this continuously. For the current mods that I have installed from Nexus Mods. A reminder, just editing the file and changing the modified date AFTER the update stills works for many mods ... a word of advice! Working More Carry Weight Romance Enhancer and No Fail Option, - see below Better Compass, More Companions and Speak Your Mind, Mod Slot Support, - see below Unlocked Skill Tree, Minimalistic HUD, Merchants Sell Memory Crystals, Remove Brown Filte...
37

All Legendary Weapons & Armor Locations
This guide shows you where to find all of the Legendary Weapons and Armor in GreedFall. Including instructional videos to walk you through exactly where these items are located and some tips and tricks on how to find them and upgrade them when you do!
102 ratings 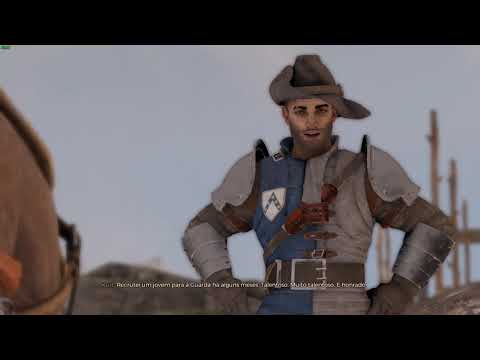 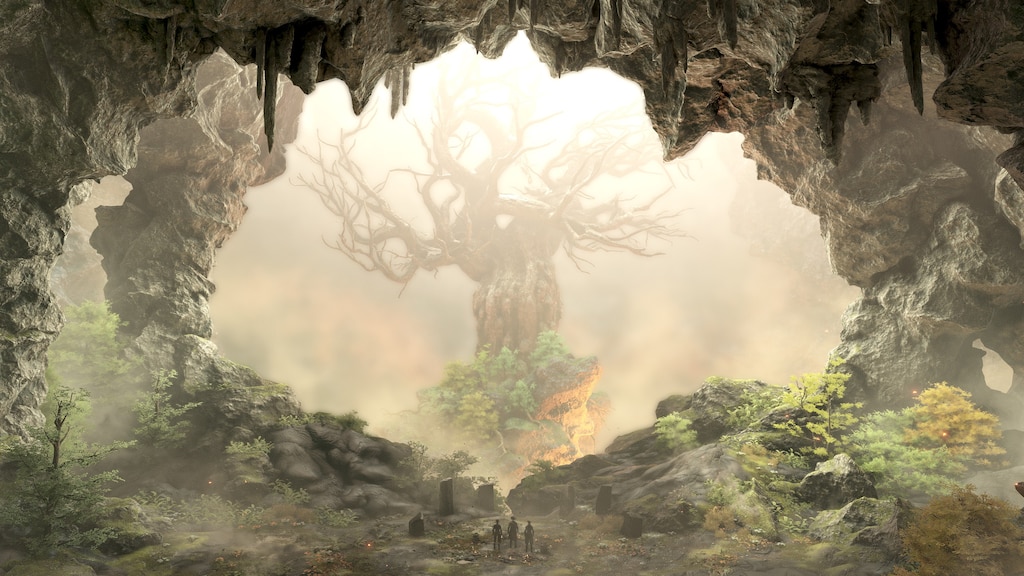 0
12
For the ancient God they fought 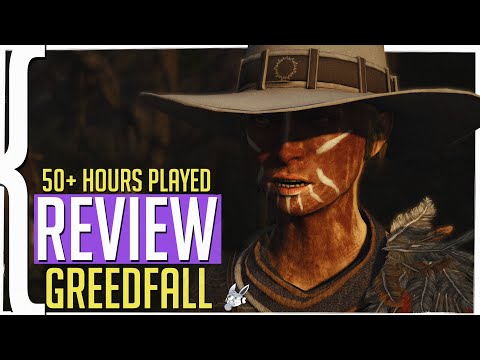 Greedfall Quest, Item and Monster Guide (Updated 9/22/19)
Guide to various quests and potential ways to solve them in Greedfall. I will also attempt to showcase where and how to obtain rare items and monsters! Please drop me a thumbs up and favorite if you want me to keep posting content and find this guide he...
50 ratings 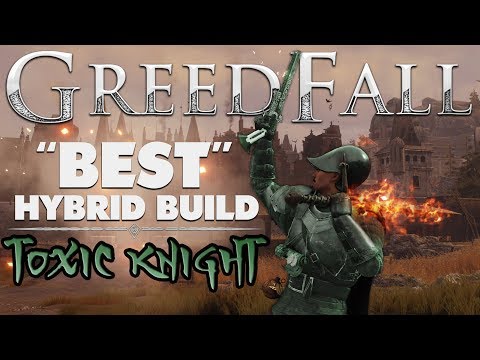 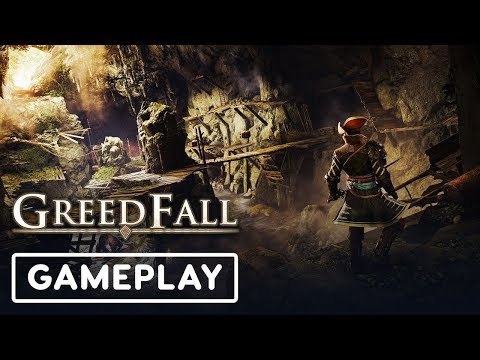 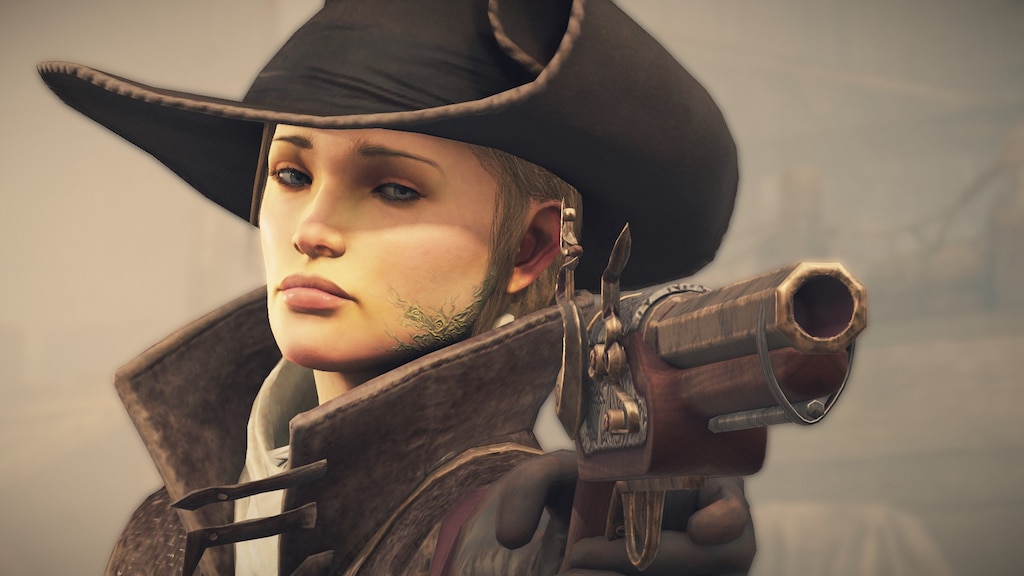 Recommended
92.1 hrs on record
The story was pretty decent. A very Fable-esque game. I really only had two qualms with the game.
The first thing I noticed was how much running around I was doing. Go to area. Run back. The campfire based fast-travel was better than nothing, but it would have been nicer to be able to fast travel from the location you're standing at.
The other thing I noticed was how the combat became tedious. As a magic user, it was super simple even on extreme difficulty. 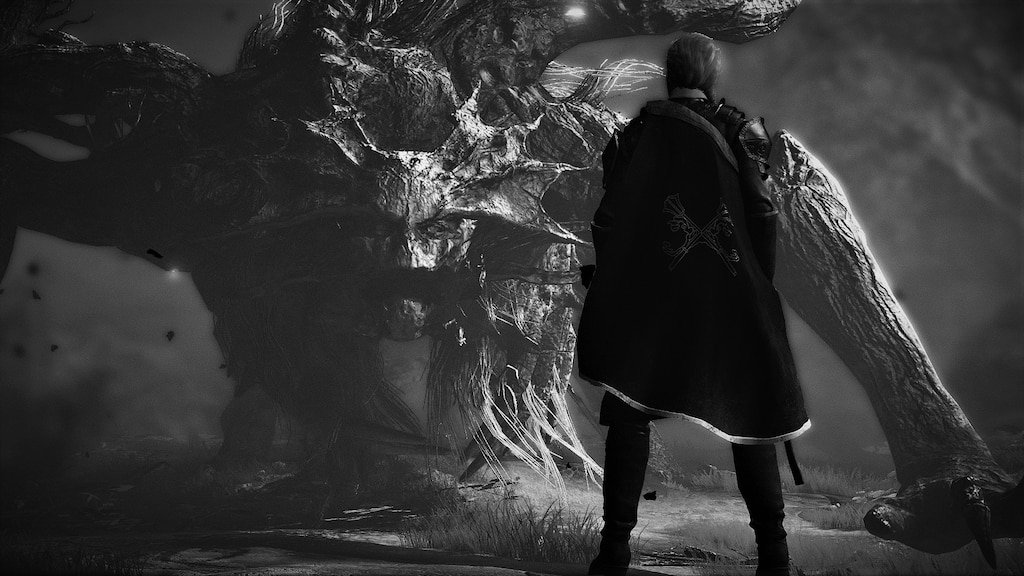 Not Recommended
37.5 hrs on record
The Good:
Greedfall takes place on the Island of Teer Fradee, a captivating place of scenic galore where the countryside exploration is only overshadowed by the detailed colonial cities the player explores as well. After character creation, any seasoned gamer will find the skill tree system and application to be unique and refreshing. Most notable is the way in which the world of Greedfall manages to balance a world of fantasy theme with the Era of colonial exploration. These concepts are executed well, and remain integral and interesting throughout the story.

The Bad:
After the initial travel to Teer Fradee, the player gets the opportunity to explore the world while choosing between a variety of questlines to progress the story. What immediately becomes apparent is that side quests unrelated to the main storyline often devolve into grab quests, where the importance of a subplot is often lost in the irritation of running to another side of the map to for an item of no significant value. Due to the limited nature of fast travelling, any quest without a nearby campfire to jump to instantly becomes an annoying time investment that persists even until the end game. Combat, while affording multiple opportunities for strategy, quickly becomes clunky and repetitive after more than two enemies are encountered.

The Ugly:
As bad as the side quests can be devolving grab quests, the main story line varies only slightly. While gameplay starts off strong, it ultimately fails to differentiate from the side plot lines. Often times I would find myself referencing game guides to see if I had finished the main quest or if I had missed anything entirely. That's not to say that both the main plot and sub plots are that developed, but the exact opposite. At the end of the game the missions following the main plot completely rely on the grab quest model. And even with such a unique plot, progressing to the end of the game felt more like a chore than an adventure.

Overall: 6/10
The concepts and plot used in this game are unique and well thought out, but ultimately the poor execution of questlines make completing the game tedious and uneventful. 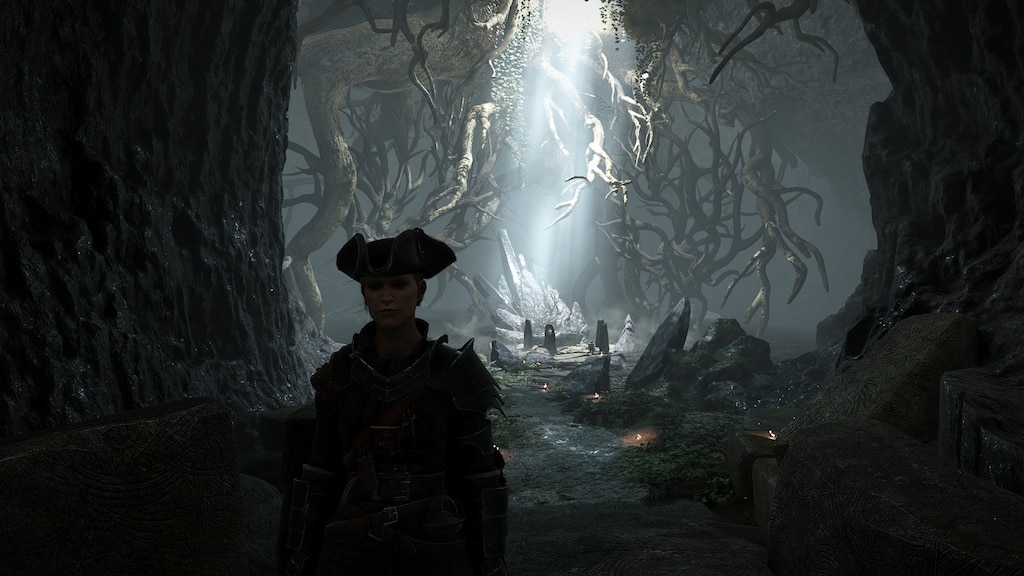 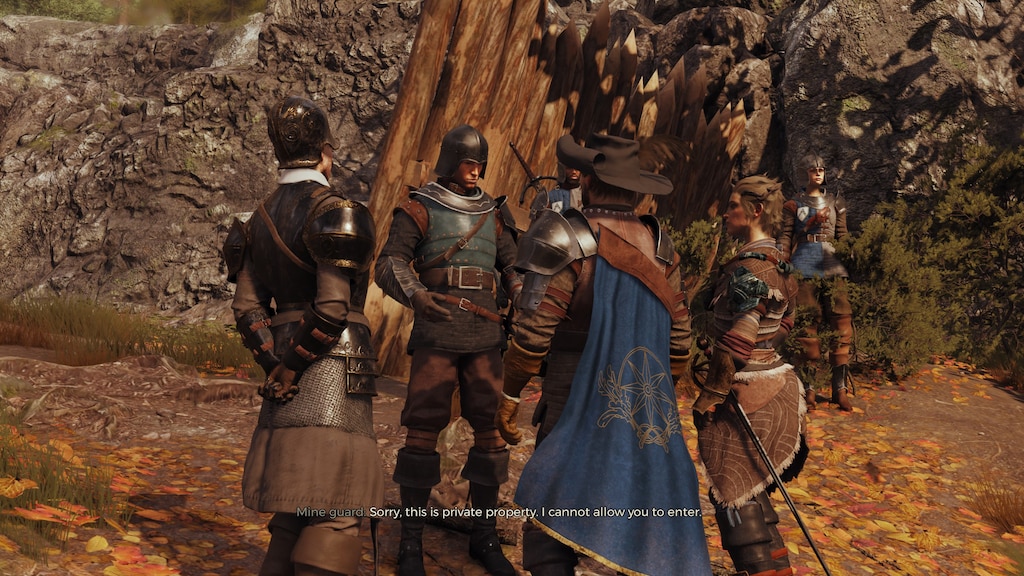 0
0
Your mom is private property, yet everybody else is allowed to enter :( Yecht Fradi - Native Language with teacher Siora
The Yecht Fradí speak their own language and, as you can imagine, have their own words for things. 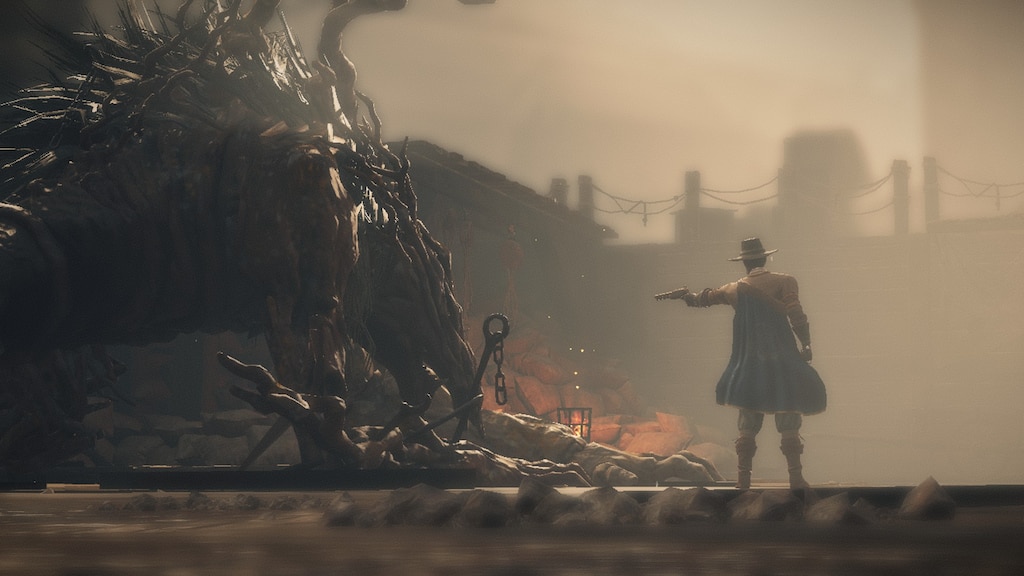 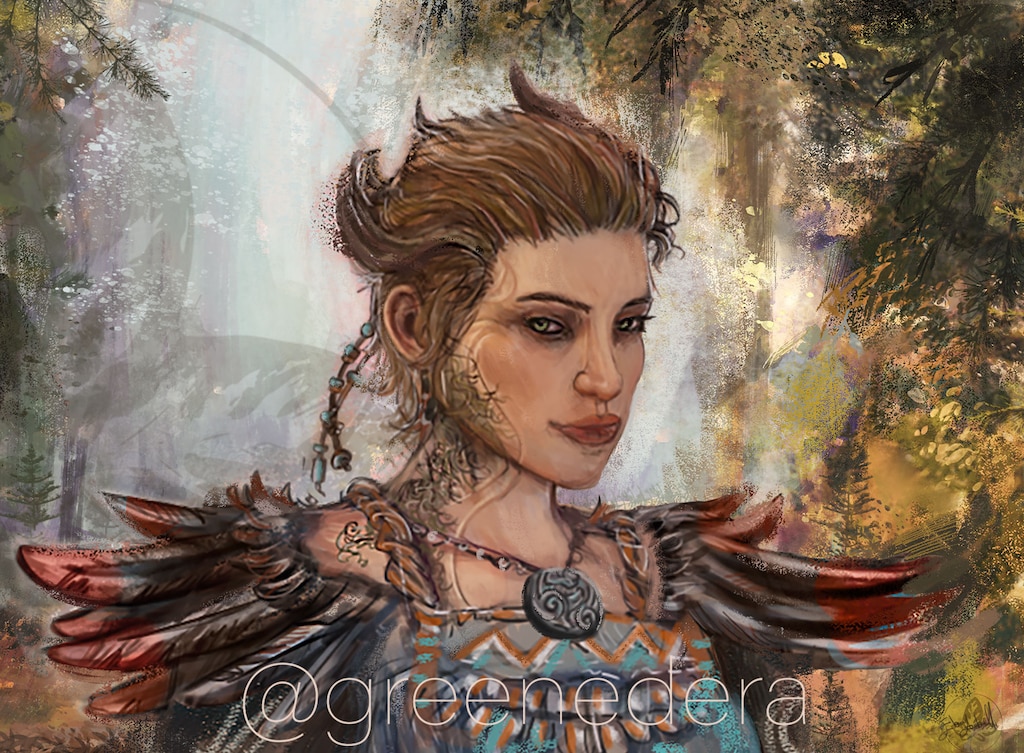 Recommended
38.4 hrs on record
Constantin still is the best waifu.