AirMech Wastelands is an Action-RPG set in an alternate future America following a global collapse of modern civilization. You are an AirMech Pilot, with the skills to fly and upgrade these ultimate pre-war machines.
$14.99
Visit the Store Page
Most popular community and official content for the past week.  (?)
What happens if the server close?
it just hit me, i got this game for the PvE action but i notice you cannot play offline, so if the server close i lose the game for ever?
3 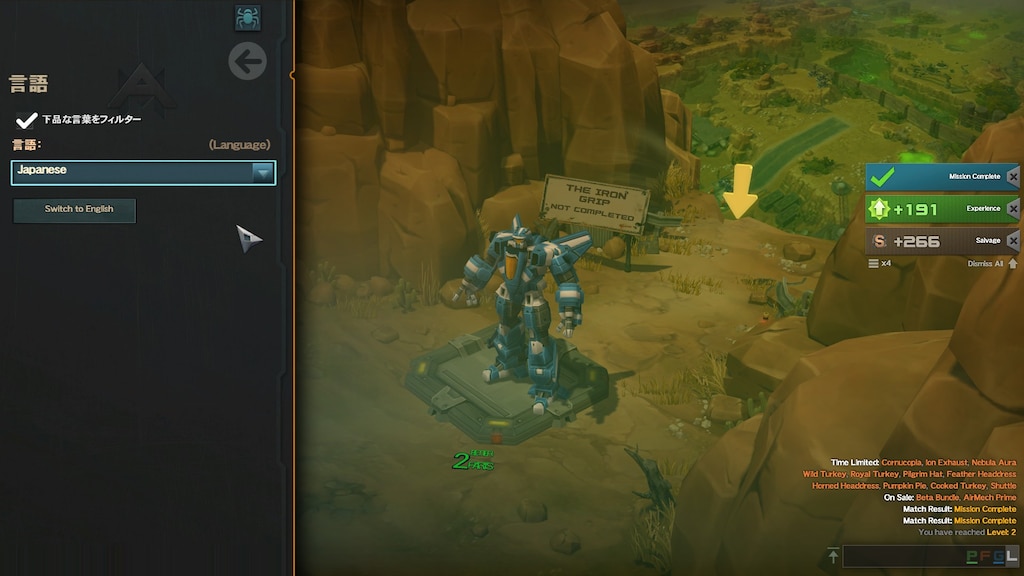 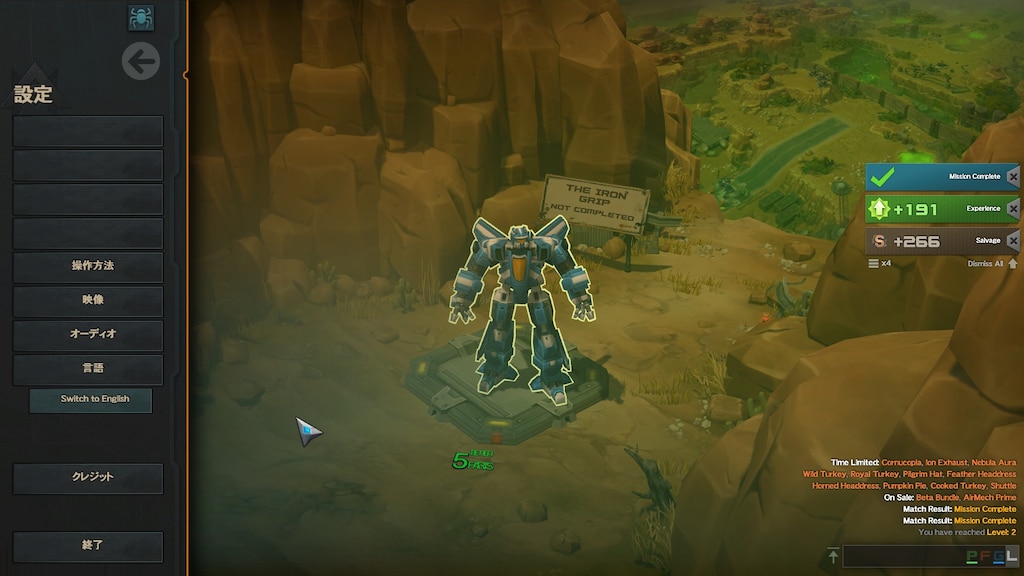 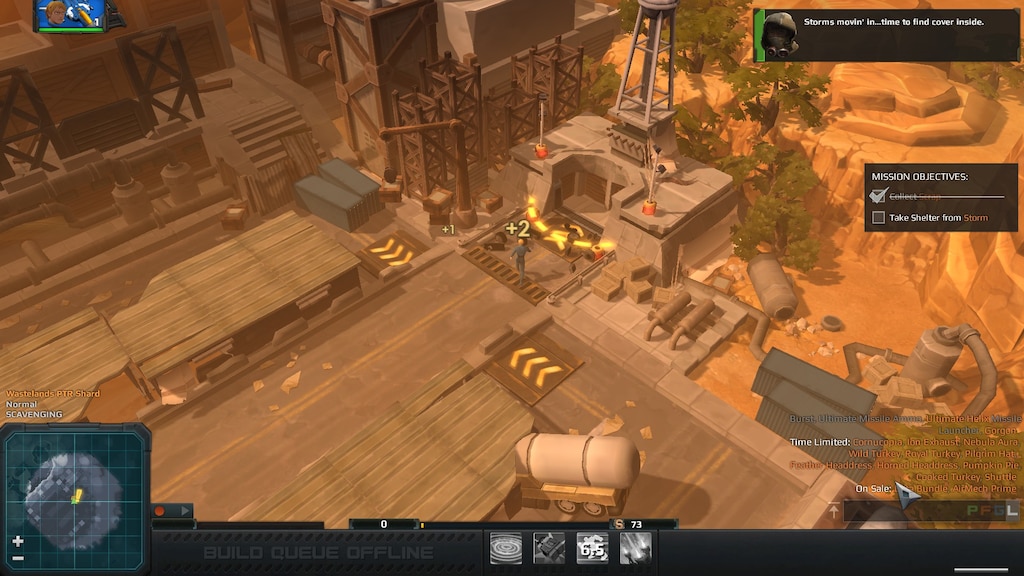 Mechs with Statistic Buffs
This guide will help you understand which mechs currently have buffs and how to obtain them. 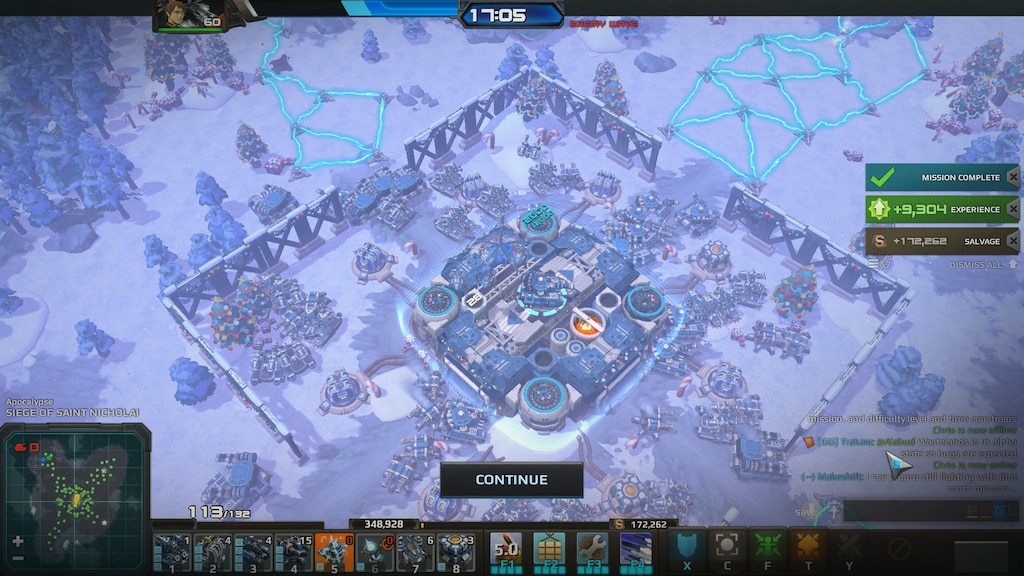 0
3
James green told my that nobody could win this one it looked dark long time but eventually iron hand will always lose. -ProProProPro 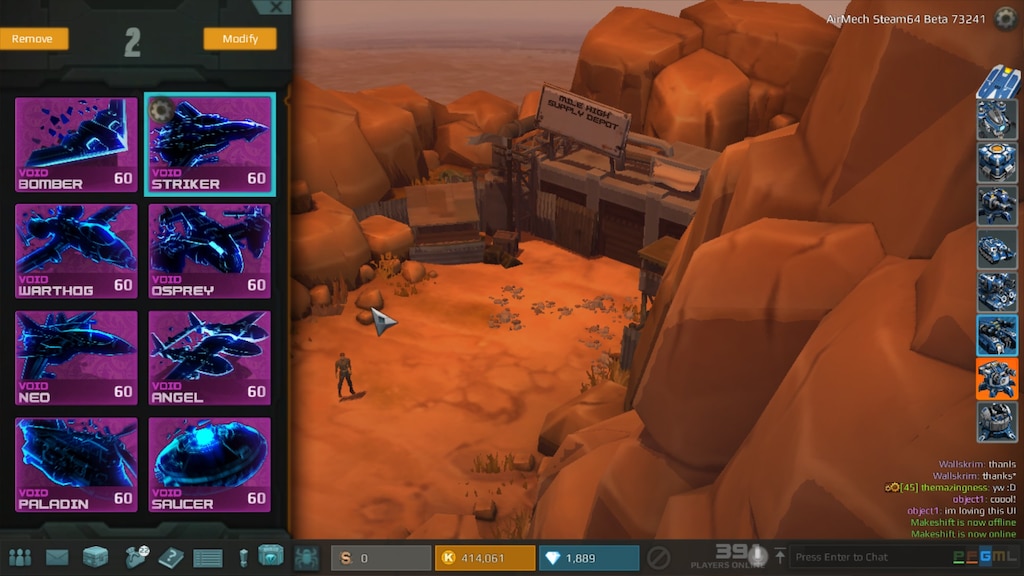 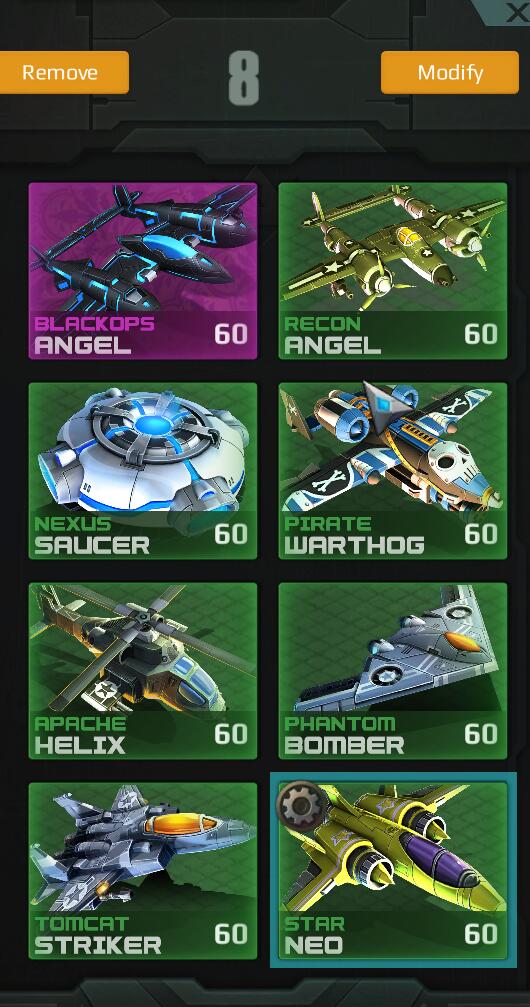 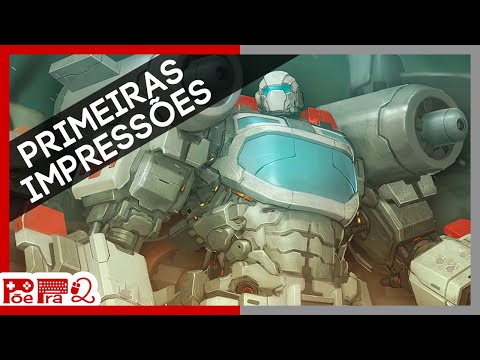 How to Change Your AirMech
A simple guide on how to switch an unlock and equip airmechs.

BOMBER CARRYING YOUR SPINS TO VICTORY
THIS IS A GUIDE WRITTEN IN ALL CAPS FOR THE BEST ATMOSPHERE, CAPS IS A SIGN THAT I HONOR THE BOMBER MORE THAN MY LIFE AND IT SHOULD BE USED WITH LOVE AND CARE. THIS GUIDE IS ABOUT A MECH WHICH THROWS BOMBS ON ENEMIES AND SPIN BETTER THAN ANY ELSE FIDGET S...

Spray 'N Pray
This is just a video for Spray 'N Pray (Warzone) that I made for a player. The principles should work in other difficulties, though you'll need to be more careful in Doomsday and higher. 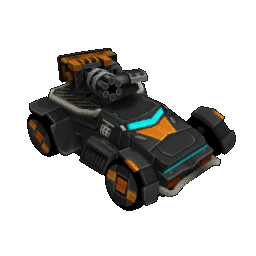 computerless moron
View artwork
Some (?) Basic Questions
So, new to this and I find myself getting hammered in my first real campaign level involving multiple Outposts and an enemy A.I. Fortress. I imagine I am missing various basic understandings of flow, that allow one to play this quickly/competently. Right now I feel clumsy. When you queue up units, they appear in a column at the left side of the screen. When you click an arrow to field them, they emerge at the nearest Outpost to your AirMech? Also, is there a keybinding for clicking those arrows? (instead ...
9

Warlok
May 9 @ 9:07pm
General Discussions
When will they update?
its been 1 year and still no featured content...

G4M3R10
Dec 22, 2019 @ 5:43pm
General Discussions
Free airmechs?
someone named Redscorpio56 in the airmech chat said they got the phantom bomber in a mission, and that you could get other skins such as the recon angel from angel of death. ive done all of these and have not gotten them, is it in a harder difficulty you get thatm or was his game bugged?...
2

Starblaster
Jun 10 @ 3:11pm
General Discussions
Um... is development completely done on this?
The last update was over 3 months ago, and there are still many things that aren't fully implimented/implimented at all (co-pilots are a good example here. You can't upgrade their stats anymore, and they only serve as a non-customizable AI Airmech ally in missions. Their stats don't seem to have any effect on you or your units.) And the game as a whole still could use more work in general....
30

Sergeant_Braken
Sep 15, 2019 @ 11:00pm
General Discussions
No one has rated this review as helpful yet

Not Recommended
35.1 hrs on record
I REALLY wanted to like this game, but not only is it complete abandonware, but it's also tedious (to kill braindead AI that has an endless health pool), grindy (grind currency to actually progress, or pay real $$$ to progress quicker), and is really just boring in general. There are few people in this world (typically masochists) that would enjoy grind-packed, unfulfilling games like this. Airmech Strike -- the f2p multiplayer version of this game -- is arguably better despite its huge lack of playerbase.

Going on a tangent, it feels like they ported the absolutely brain-dead training mode AI from Strike onto Wastelands but just gave it more HP to make the game harder. Not a good way to handle difficulty. The AI will sometimes just bum-rush your outposts (or fortress) with 3 or 4 tanks or light armor vehicles just to get shredded by the 50 Flakkers (airmech destroying truck with a powerful flak gun) that you had to build cheesily in order to actually complete the level. The harder difficulties of this game just require you to have a metric assload of Flakkers or Hunter-seekers (powerful A.A. missile launcher on a tank chassis) and turtle as hard as humanly possible until the AI runs out of lives. This could have been solved and made significantly more enjoyable if the AI was, rather than being given more HP, actually revamped intelligence-wise (simple feed-forward neural network could suffice) and given a HUGE health nerf.

Additionally, I have not even mentioned the story... or should I say the lack thereof? Not only are there minimal enjoyable gameplay features, but there is also a barebones, absolutely minimal story. Story certainly isn't a necessity in every game (take RimWorld or Factorio), but that is ONLY because the game must have at least 1 other redeeming feature about it. Like gameplay. There is very little reason to enjoy this game. I'm actually quite amazed how I managed to stomach so many hours on such a dull, empty game set in such a dull, empty, unfulfilling world.