Explore a world full of adventure in this action RPG that tells the story of Mya, a powerful alchemist who travels across the dangerous lands of mythical Isur trying to recall the lost memories of her past.
$14.99
Visit the Store Page
Most popular community and official content for the past week.  (?)
Change Log - Patch 1.210612
Jun 12
Hi guys, a small patch with some of the fixes you requested. For consoles players, the patch takes a little long to arrive because of the approving process.

- Logo fade at the start of the game fixed
- Quick Menu - Bug: It was not possible to select memorized potions using mouse - fixed
- Main Menu - Bug: Mouse not appearing on first load - fixed
- Astronomy Dungeon: Bug: If save was reloaded, it was not possible to interact with the lightning - hammer - fixed
- Sulfur/Mercury drop rate increased (from enemies)
- Enemy Ingredient drop rate increased
- Bosses info (Crystalis and Pitrak) - place changed (to have access before the battle)

claudio.spano
1 hour ago
General Discussions
Pink tile
in the biolab near the save point, if I put the cube on the pink tile the door won't open. what to do?
4

claudio.spano
1 hour ago
General Discussions
Welcome to the Oasis!
Jun 10 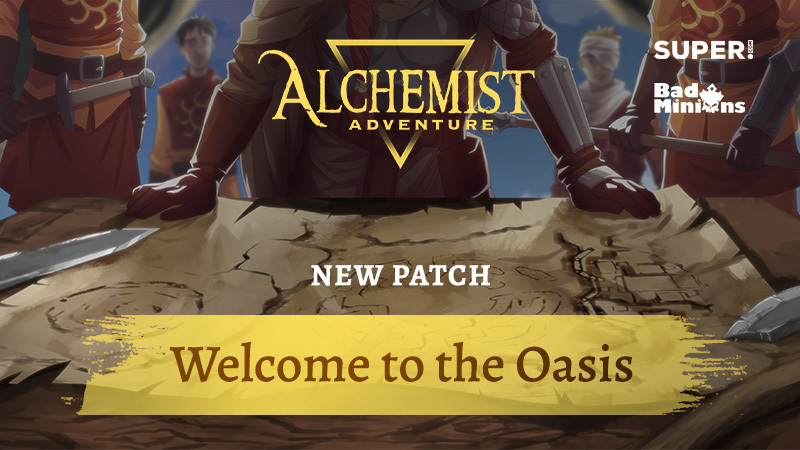 Today, we came to you with pleasant news that you are probably gonna love!

Sandy patch notes:
- Key bindings (but not gamepad buttons or mouse controls) can now be remapped in the PC version. Keymapping can be accessed from the book in the main menu.

- New tutorials in the Unknown Region (first ten minutes of gameplay)
A new potion-making tutorial has been added after the player gets a new flask + fire.

- New dungeon: Biolab
Explore an old alchemy laboratory, solve puzzles, and fight a new boss: Pitrak. The dungeon has more than 20 rooms filled with puzzles, memories, and texts that reveal more of the game’s lore.

- New area: Desert
The Desert is a whole new area packed with new challenges, as well as tons of original quests, minigames, and items. Baboo and Jojo Rosin have more levels of previous minigames for Mya, including a new jar-breaking game and a new race. Pepe will also ask Mya for help one last time. The Desert contains six towers with elemental puzzles (Fire, Air, Water, and Earth) that will reveal the final dungeon: the Tower.

- New enemy: Worm
Challenge the deadliest creature in the Desert, a massive worm that hides in the sand and spits venom.

- New dungeon: Tower
This dungeon contains six levels of puzzles and battles (sometimes both) and ends with a stunning revelation about the identity of the final boss. The climactic encounter is a two-stage battle against an evolving foe. If she is victorious, Mya’s journey will come to an end, and she will finally have a chance to choose her own destiny. 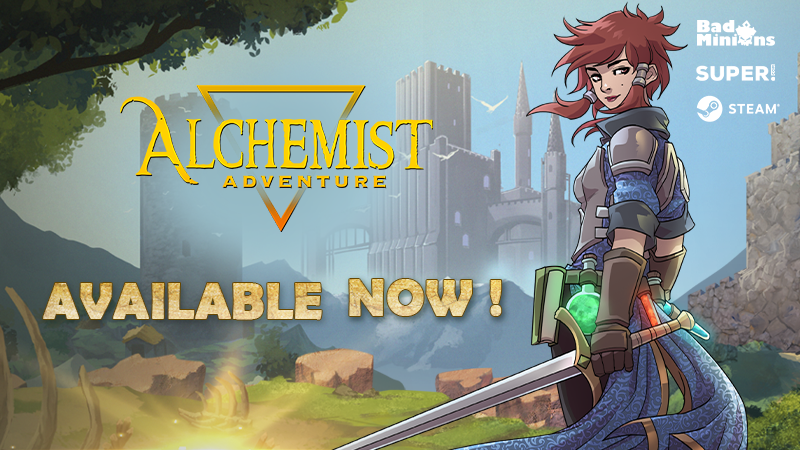 May the elements be with you, alchemists!

Are you ready to explore the mysterious continent of Isur, solve alchemy puzzles and eliminate creatures living there with your own potions?

The time has come! The former home of dangerous alchemists finally opens its gates for your fascinating journey.

Learn the rules of the world full of puzzles and enemies, and use the almost limitless power of alchemy to clear the path ahead.

It has been a long and exhausting journey and we would not have made it without your support. So we’d like to say a simple - THANK YOU!

Alchemist Adventure was inspired by many Adventure and RPG games, but we believe that Zelda was the biggest influence we had, especially on the overall game progression (new items give access to new regions) and the level design in general. We learned a lot with Magicka and its system to combine elements to create new spells.

The visuals were inspired a lot by fantasy games in general, especially those with hand-painted textures, like Torchlight and Orcs Must Die. About the size proportions, there is some distortion, but we tried to stay halfway between realistic forms and cartoonish games.

Imagine that Magicka and Zelda had a child. Now give Fullmetal Alchemist clothes to the baby. This is Alchemist Adventure!

We sincerely hope that our efforts will pay off, and you guys fully enjoy the gameplay of Alchemist Adventure.
As always, we welcome any and all feedback, so please do let us know what you think about our game.

That’s it, fellow alchemists. We’re monitoring incoming questions all day'n'night long with our fatigued, red eyes (and that, for once, isn’t a joke).


For more on Alchemist Adventure, follow the game on social media on the following channels.

Alchemist Adventure
27
1
Biolab generators
How are the generators activated in the biolab? I don't have time to activate them because they are distant.
2 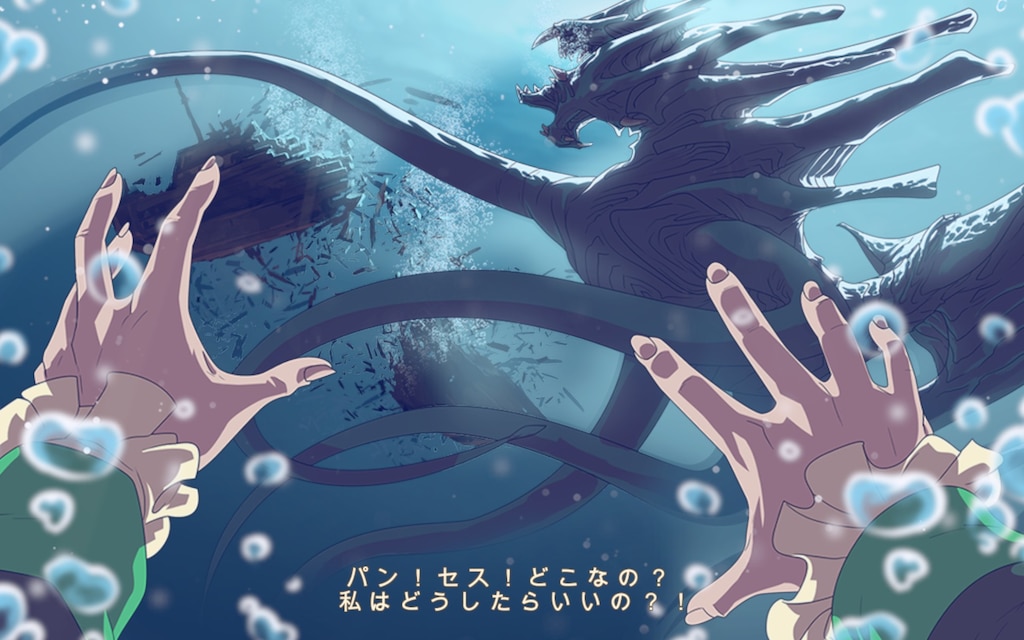 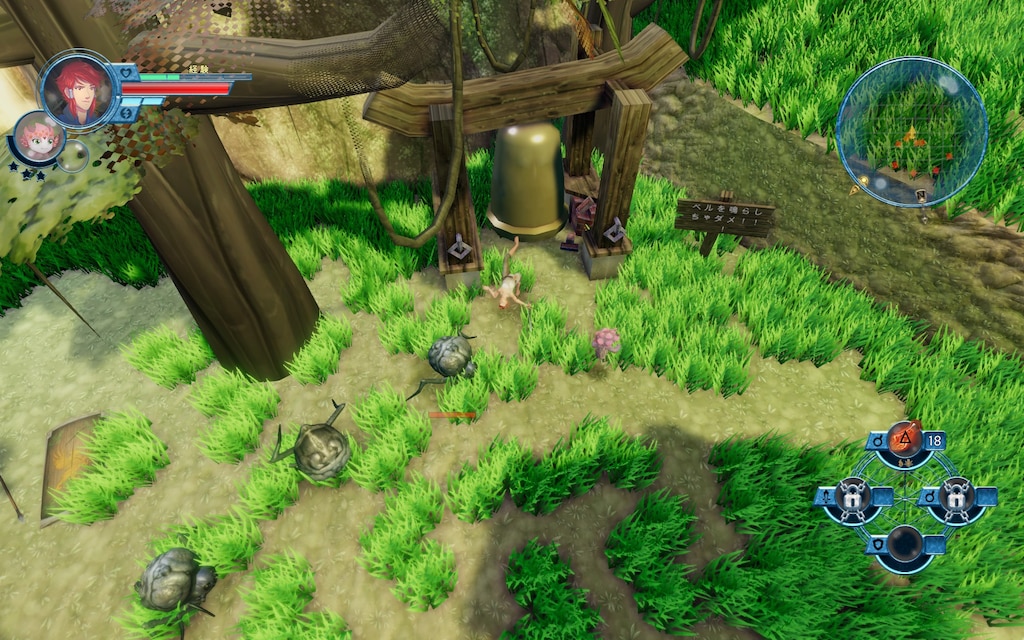 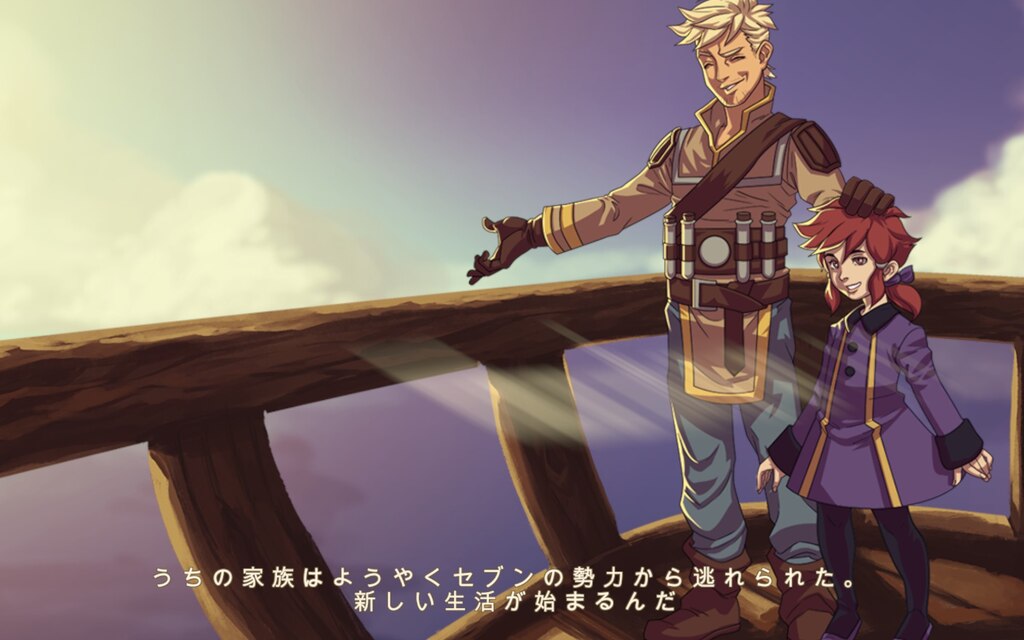 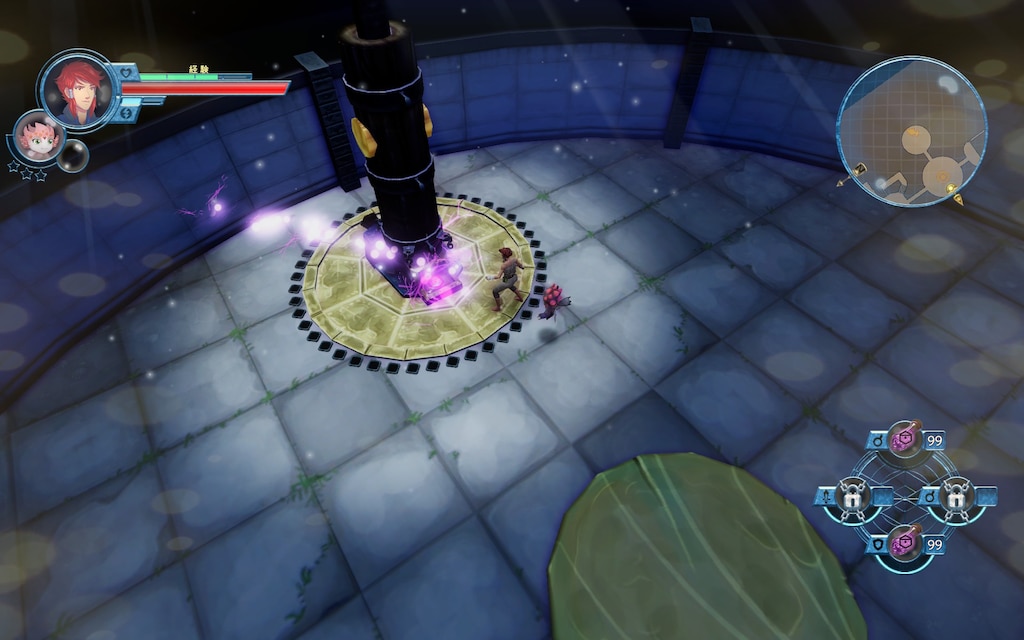 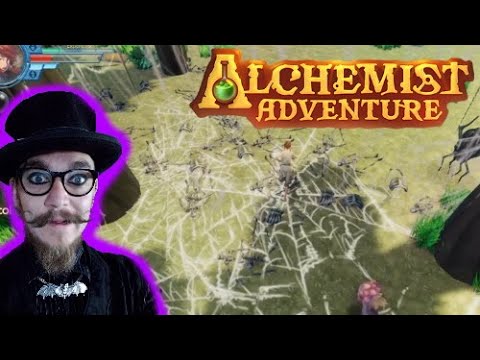 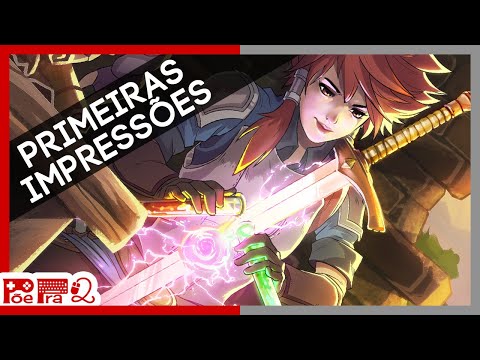 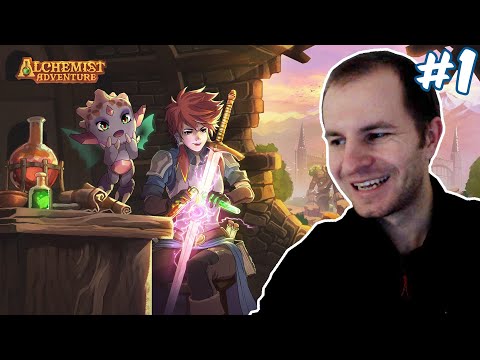 mental stability
View videos
Dinner is Served Quest Bug
I can't seem to complete this quest for Pepe. I wasn't able to trade with Pepe while I was on the quest to find his sword. But I also had the dinner is served quest during that time. I had completed the condition to "Fight the Rhinoplants near the forrest (check mark in my journal)" but it wouldn't let me turn it in. Finally found the sword, turned in that quest. Once I left the plains and came back Pepe let me trade with him. But now he never prompts me to complete dinner is served, despite the quest m...
2

ALollz
6 hours ago
General Discussions
Labyrinth in Isur
Did anyone understand what do you need to do in this place? In what order it must be walked through?
3