Step into the boots of Grayson Hunt after a crash landing on an old resort planet forces him to make a hard choice: survival or revenge. Execute masterful kills with Bulletstorm: Full Clip Edition’s unique combat system that rewards you for performing the most creative and deadly kills imaginable.
$39.99
Visit the Store Page
Most popular community and official content for the past week.  (?)
Cant get to MechaTron
So i get to the little area set up like a Godzilla film, and kill off the enemies, and then when i go to the lever where it opens a pathway under the ground...the lever is short circuited, leaving me stuck? Ideas?
1

Hellion
May 23 @ 10:24am
General Discussions
Guide 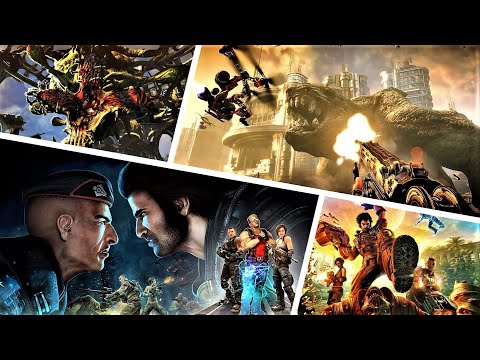 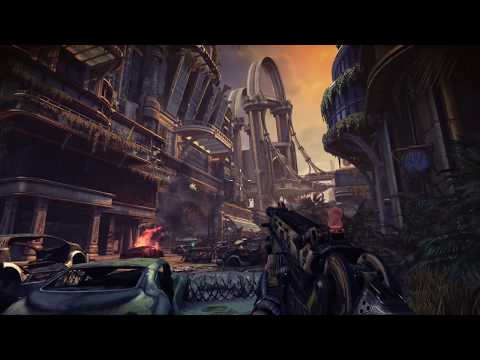 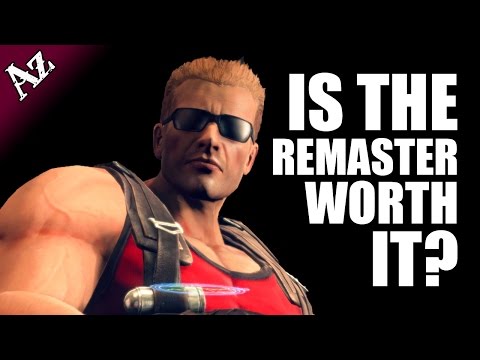 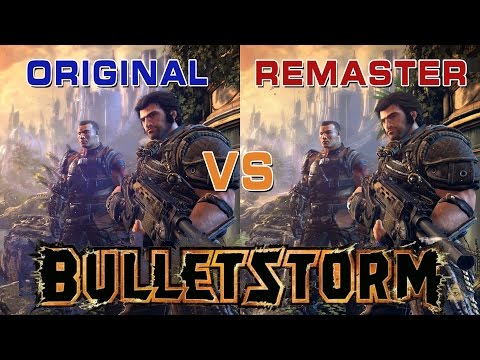 Not Recommended
4.8 hrs on record
Bulletstorm could've been SO GOOD, but it's SO ANNOYING.
The action is super fast, yet you get like 20 seconds of it before another scripted cooldown segment.
It's fast, and not a cover shooter, yet it forces you to hide behind chest-high walls to regenerate health.

Overall, it's like they had great ideas, but some higher-up told them to tone them down and put them inside the most generic cover shooter ever made. This game has all the most annoying tropes of Gears of War/ Call of Duty era action games.
I wish it could just break free and offer unlimited fun with its awesome combat, instead of giving you the smallest doses of entertainment. Seriously, action bits are so tiny it's hilarious.

Whenever I start to have fun, the game halts everything to show me its oh so precious story. The most annoying is the opening, with an awful turret section (of course!), a pointless but visually striking slow walking sequence, a QTE that should've been just a level, then a short burst of action, and a lot of waiting for other characters to open the door for you.

Frankly, this is perhaps the most schizophrenic game I played. It doesn't know what it wants to be. I want to love it, there are so many great ideas. But I see why it flopped. 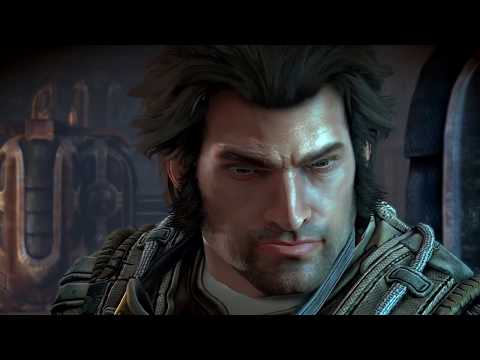 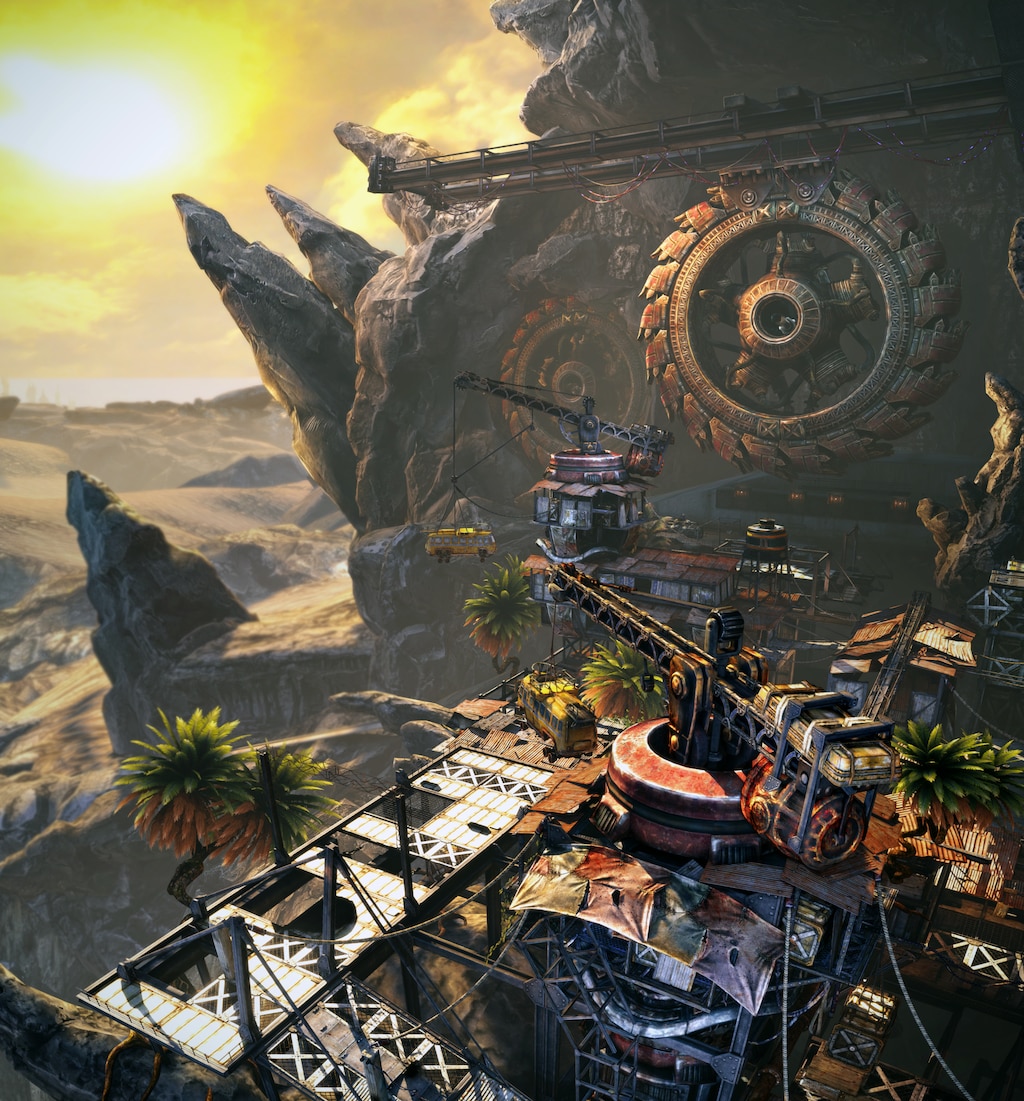 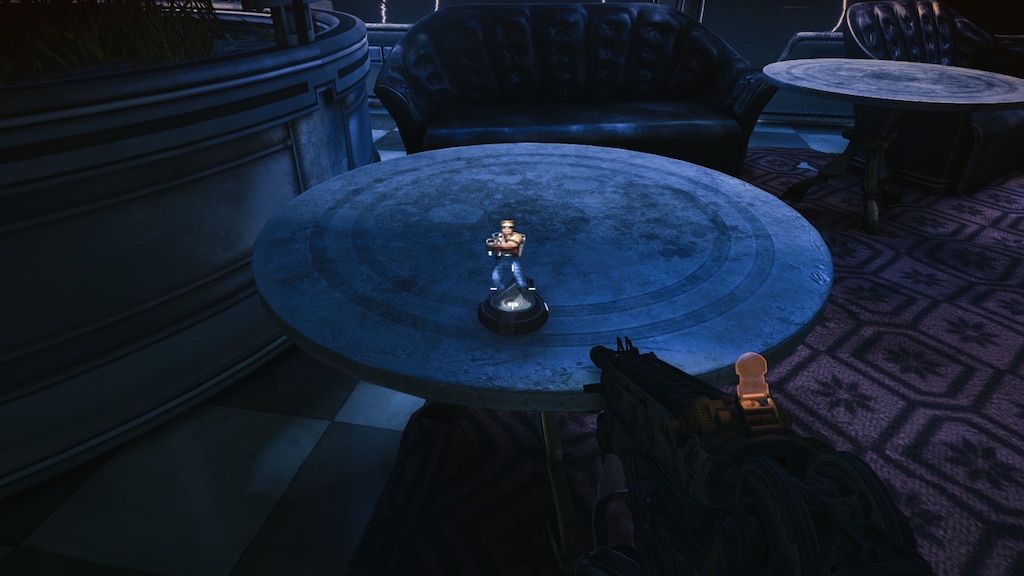 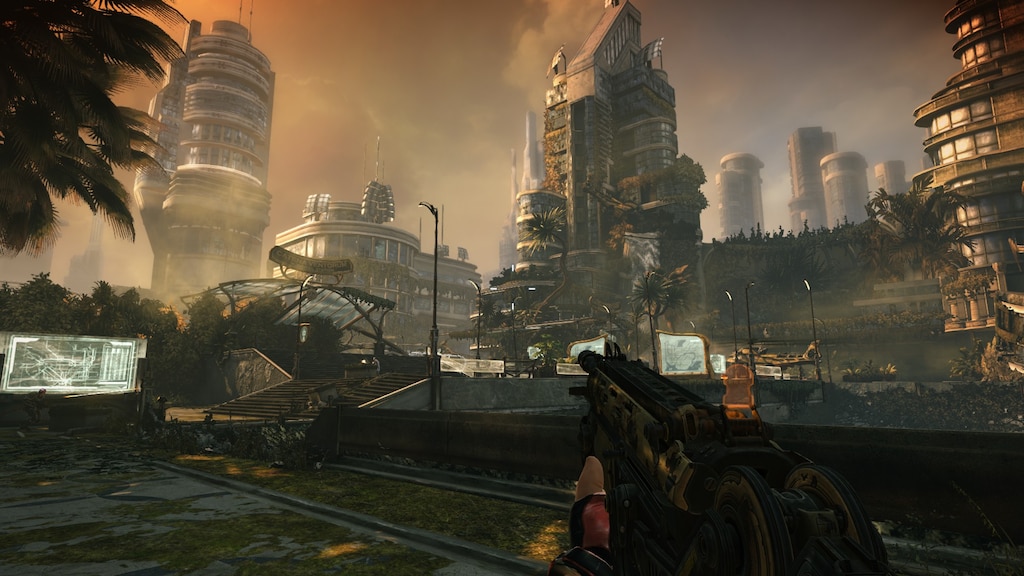 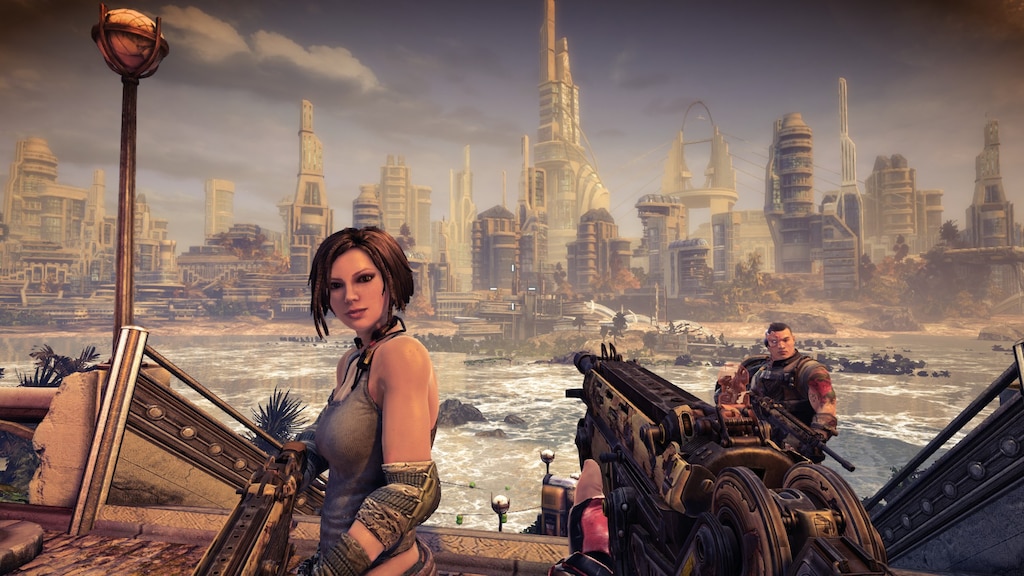 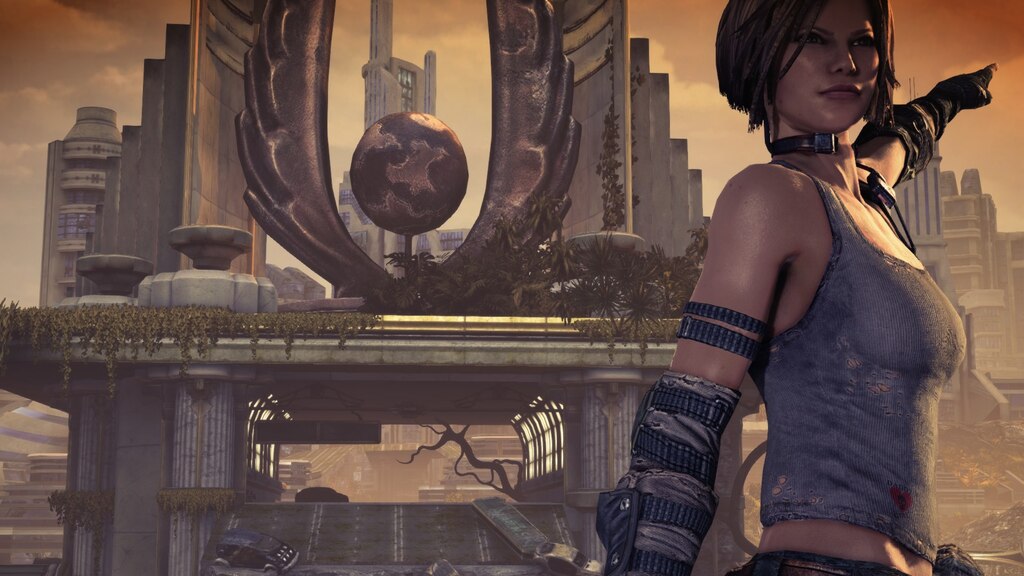 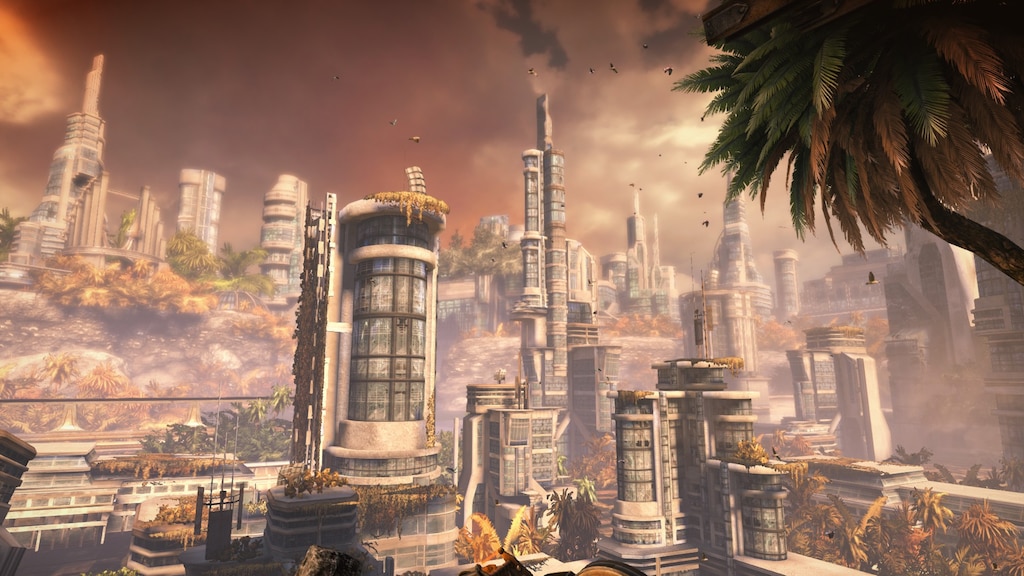 Recommended
6.8 hrs on record
It's more of a mixed review, but still a fun game.
It's short, kinda buggy and it glitched for me a couple of times and I had to restart my game to fix it.
Graphics are nothing special, voice acting is superb at times and superfluous at others.
Audio is fine except during cutscenes when it goes crazy quiet for some reason.

Duke Nukem addition does almost nothing for the game and having only one character change his voicelines is pretty dumb, but his dialogue is sometimes pretty funny and reminiscent of the old Duke Nukem 3D.

Considering how short it is most of it's flaws can be overlooked. For me however, it became somewhat boring near the end, so the short length was my salvation. Shooting is mostly fine (though hitreg is very bad at times), and the Overkill mode might give a bit more playtime and fun for someone (not for me though).

Wouldn't pay more than 5$ for it tho, no way, and I did get it on a big discount.

Specter
View artwork
Crash reporting
Hi all, PCF QA team is here. We are monitoring the forums and we are aware that some of you have problems with crashes. In order to investigate and fix them we need as many data regarding those instances as possible from you. If you encounter a crash on your system, please send Dxdiag, launch log and core dump file to Bulletstorm-Support@peoplecanfly.com and let us know what you observed on your screen. Launch logs and core dumps can be found here: C:\Users\"YourUserName"\Documents\My Games\Bulletstorm F...
206

#AKS
Apr 14 @ 5:38pm
General Discussions
Problems loading with "Tridef 3D" driver ?? Works fine without it.
99.99% of the people unfortunately won't understand this or will laugh at me, but i LOVE 3d video games. Years ago, there was an awesome piece of software called "Tridef 3D" which would make lots of games into AWESOME 3D. One of the games listed is "Bulletstorm." I'll be SHOCKED if anybody has a solution to this problem, but here goes... Strangely, when I try to load the game Bulletstorm with the 3d driver, it gets stuck on the loading screen where it says "Synchronizing steam cloud." The game loads ...
2

PUZZELE
May 9 @ 10:39pm
General Discussions
XBOX ONE Controller being recognized but not working.
Having an issue with my Xbox one controller. When i start the game, and i start using my controller the game recognizes that i have a controller plugged in. It pops up on the screen of the main menu. However, when i go to use it nothing happens. I cant navigate using the controller. I tried both of my controllers and it still doesn't work. Looking for some help on what could be the issue....
5

xMACHOxMANx
Mar 6 @ 1:50pm
General Discussions
No one has rated this review as helpful yet

Recommended
7.7 hrs on record
already reviewed the original that i played like 10 years ago.
This was nice
no rating