At last, the Dungeon Lord has successfully united the forces of evil and established his dark empire. Time for the next step in his most diabolical quest: expansion!
-50%
$39.99
$19.99
Visit the Store Page
Most popular community and official content for the past week.  (?)
Evil Developer Livestream - Today, starting 6pm BST
Jun 26 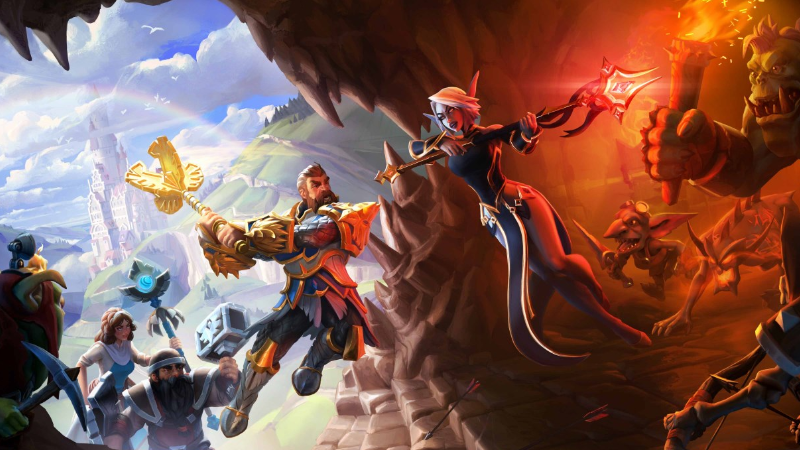 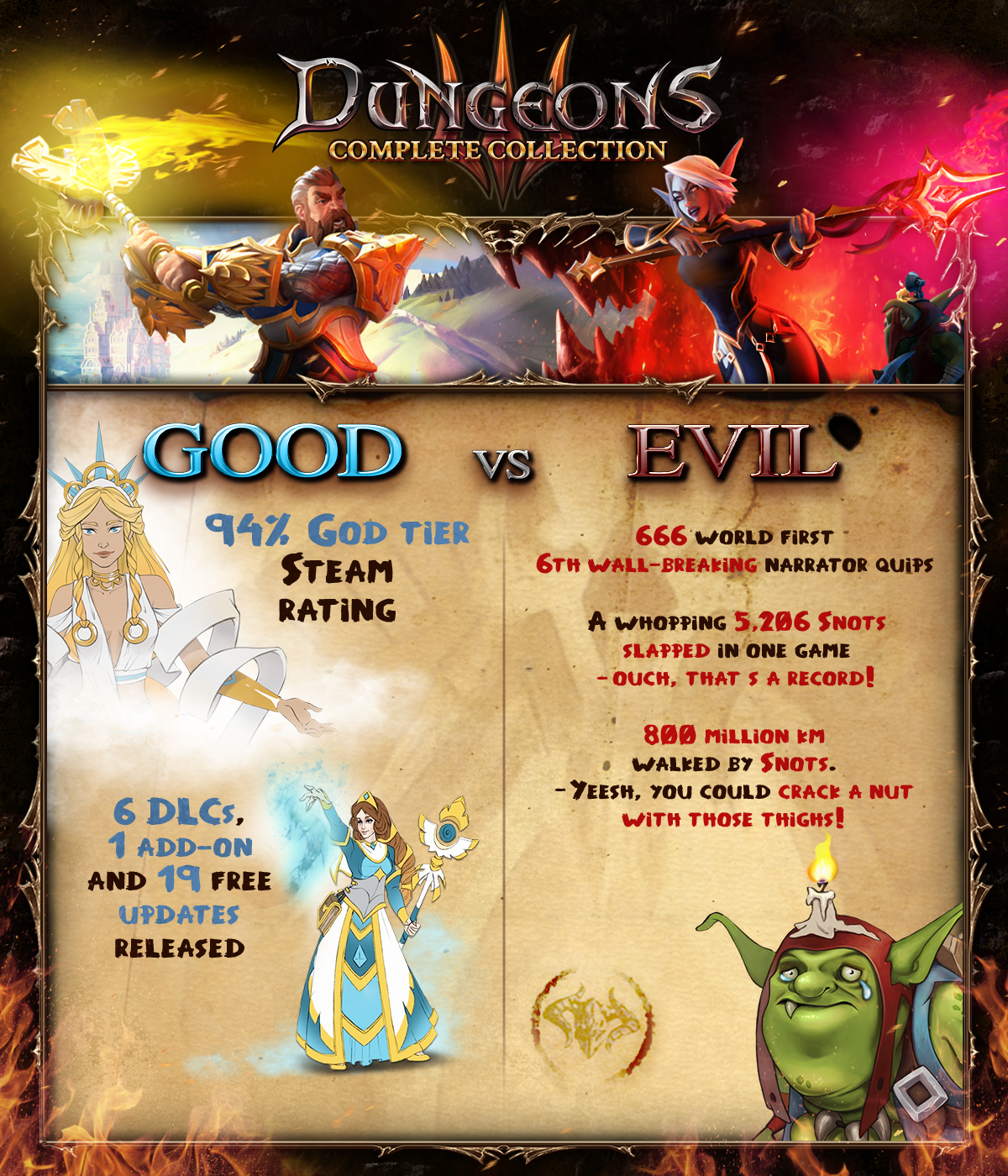 Dungeons 3
66
2
D2 vs D3 vs WFO
This is not so much a vs thread than about value for summer sale money. Since all 3 are at sale but at different prices. Would I get more value if I got D2 and WO or is D3 much better than the other 2 and more worth it? Also taking into account that the other games are slightly older and may look worse. I think I would like them all but time is limited. Thanx. Btw. Is there a story reason for getting D2 first? I have not played any Dungeons game, nor War for the Overworld so I don't know. All DLC as well...
4

The Complete Collection is the definitive Dungeons 3 experience and includes the base game (including its numerous free content updates) and Dungeons 3's seven DLCs: Once Upon a Time, Evil of the Caribbean, Lord of the Kings, Clash of Gods, An Unexpected DLC, Famous Last Words and A Multitude of Maps.

The collection also includes the game's fan-favourite sardonic narrator, and cooperative multiplayer mode, allowing two players to team up and take on challenges together as the Absolute Evil.
Kalypso has released a new trailer and infographic celebrating the dungeon sim's achievements and legacy.

Developer Livestream!
Those looking for even more Dungeons 3 action can tune in to the Kalypso Media Twitch channel from 6pm BST this evening for an exclusive Complete Collection livestream hosted by Realmforge Studios Art Director Anika Linke.
https://www.twitch.tv/kalypsomedia

Information:
Dungeons 3 - Complete Collection is the ultimate edition of the latest instalment in the
popular Dungeons series of strategy games. Build and manage your own dungeon as an evil Dungeon Lord, recruit new monsters and place cunning traps for unsuspecting adventurers. At the same time, dare to conquer the vast overworld in a comprehensive story campaign. Enjoy a near-endless amount of content across single player, multiplayer and skirmish modes with this collection, spanning the base game, several free content updates and seven DLCs!

Ancron
View artwork
Gold
hey guys:D what do i need to do to get more gold when i am out of gold Veins. how do i else get gold
13 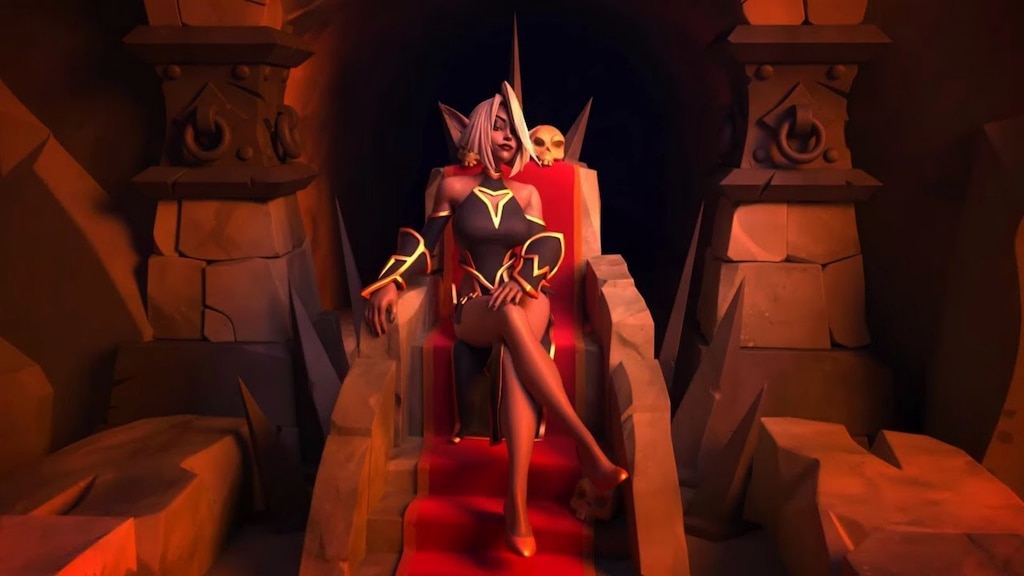 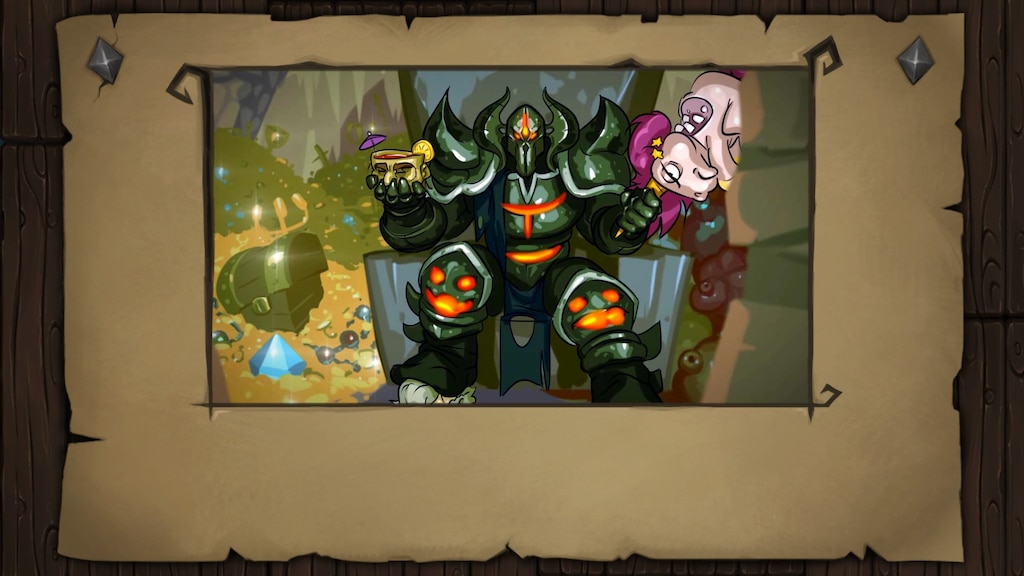 Skubun
View screenshots
saw the trailers - but also saw a *mission* timer :/
what is this timer all about anyway? if its a mission timer it aint getting my money! - and i LOVED the previous ones!
3 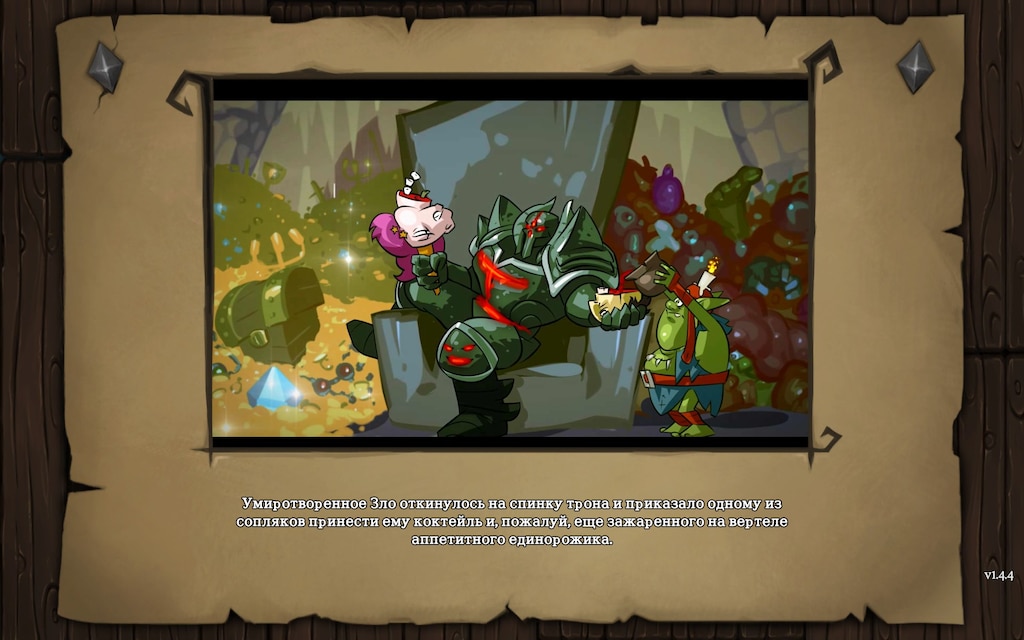 Not Recommended
41.5 hrs on record
While the game does have its good points it does get really repetitive about half way in and the story line while funny at times gets a little dull. There are a few mechanics in the game that annoyed me, such as if you research the Crypt to revive your creatures they will immediately not die/disappear from the board. Since the Crypt still needs to be built to actually revive them this results in you having to manually discard your creatures if you are in a pinch. Also, there were a few maps where if you did not attack a certain enemy camp events would not trigger and if you noticed this, then it just began really easy to beat even on hellish mode. In the end felt more like I was planning the game around the designers/coder loop holes in the system or avoiding annoyances in their code. 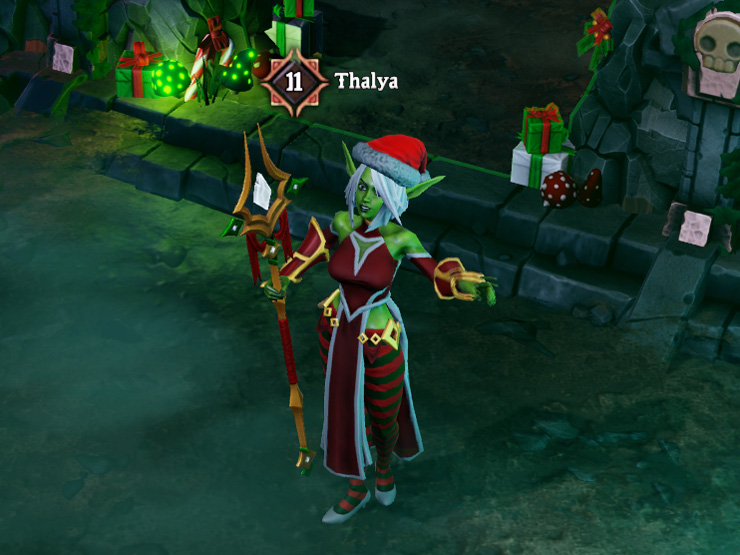 Recommended
27.3 hrs on record
The lovechild of Dungeon Keeper and Warcraft 3 with extra features you wished the previous two games had. Being Evil never felt better!

A basic(?) guide on what creatures do
This guide tells you the strengths and weaknesses of all the troops in the game (eventually once it is finished). It will also say about how these troops work and good combinations to use in battle.
38 ratings 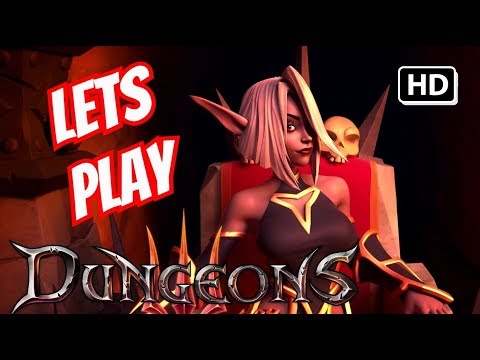 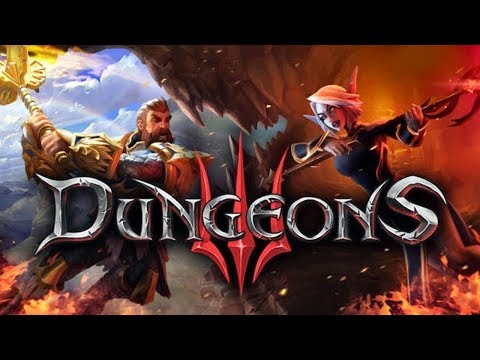 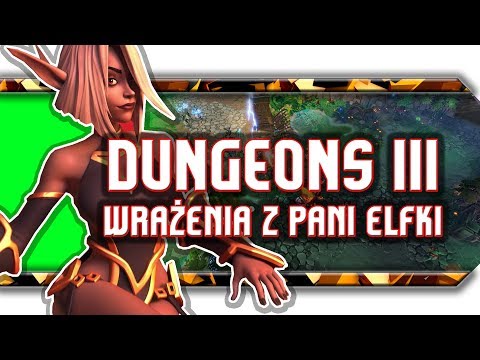 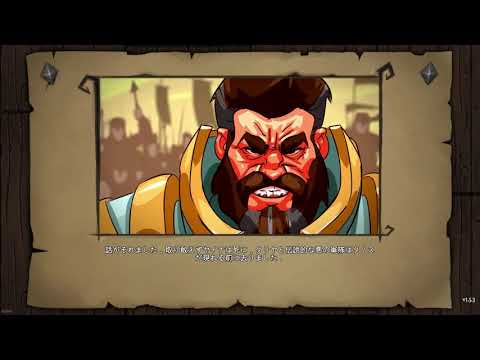 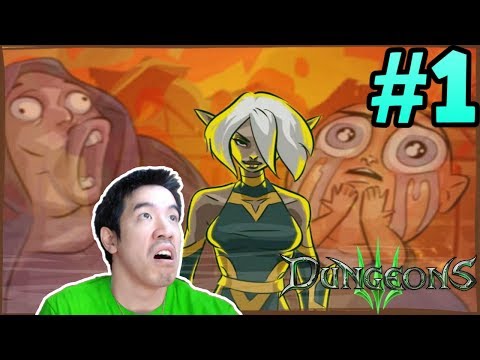 Dungeons 3 Review
Dungeons 3 is a RTS/Fantasy RPG, it was developed by Realmforge and published by Kalypso media digital, it was released for PC and console on October 2017. It is the sequel to the 2015 game “Dungeons 2” being the third installment of the Dungeons series it carries with it the spirit of the old Dungeon keeper games.

What’s new:
Dungeons II took the games plot to a new direction that made it stand out among other RTS games available at the time. Instead of being all about dungeon management, the game lets you go berserk on the world with RTS mechanics. Even though it wasn't perfect, the mix of genres worked wonders for them. Dungeons 3 follows up on the similar formula to that of Dungeons 2, and at the same time improves at lot of things from the previous games.
Dungeons 3 combines the base elements of dungeon building. Under new management we can now command the united forces of evil under guidance of a new character Thalya and lead your minion army to glorious victory. We can now also send the minions from our army to the world above where they can take direct control of their units.

Gameplay/campaign:
As in the previous game, we get to play with two different genres for gameplay elements. I was treated with the classic Dungeon Keeper formula when I was in the underworld.We can now also create labs to make traps for any uninvited guests, and we can even fill in uncovered places to create winding paths and our dungeon heart, which is the source of your power.
The campaign of Dungeons 3 follows the story of Thalya, who is a dark-elf magician , on her quest to conquer all kingdoms on the entire continent she lives at the hideout of the Dungeon Lord from the previous Dungeons games.According to the plot some time has passed since the events of Dungeon 2. I took on the role of the Absolute Evil, which has succeeded in bringing the evil factions together and ridding towards the world of good. I soon discovered that there is a new continent that is completely untouched by the evil, and well, I wanted to fix that. Unfortunately, my multiple attempts to send my forces via boat have been ended in failure, this caused me to seek an alternate means of conquering the lands. Enter Thalya, a dark elf who has been trying hard to suppress her evil spirit and atone for her previous evil deeds by working for the side of good. The Absolute Evil's shadow possessed Thalya the elf, and she quickly returns to her good old ways and now seeks to rule the new continent in my name.
The presentation is quite nice, even on the low budget & entry level hardware (like mine is) where most options can be maxed out. Despite being all about evil, the game uses a ton of bright and vivid colors, and the particle effects in order to look attractive. The environments present in the game are pretty good, as are the small character models, which are well animated. The sound is also beautiful, especially the voice work that enhances the joke delivery.

Conclusion:
Dungeons III is a good hybrid of RTS and dungeon management genres of games. The main story is engaging, side quests are fun, the simple mechanics are tight, and the humor is nice. It’s ease of entry makes it really welcoming for newcomers to begin their adventures and also provides enough challenges for those looking for it,Dungeons 3 is a grate successor to previous games, and definitely well worth your time. 8/10. 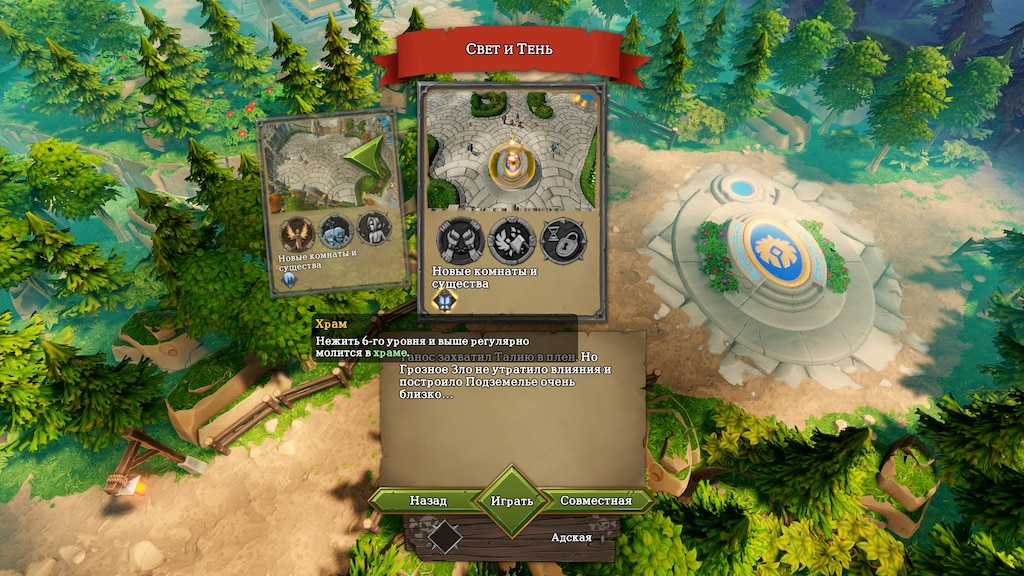 Chimaer
View screenshots
zombies how to level?
i seem to run into a bit of a problem my zombies never live long enough to get the exp to level and they also seem to need more to level i assume its do to there being 4 per unit i cant seem to make them use training room leaving them much lower that the rest of my troops has anyone found a good way to level them?...
6

Drath
15 hours ago
General Discussions
Being able to tell which units are outside dungeon and which are inside dungeon.
On the unit select panel there needs to be some way to tell who is outside and who is inside.
2

The Complete Collection is the definitive Dungeons 3 experience and includes the base game (alongside its numerous free content updates) and Dungeons 3's seven expansions: Once Upon a Time, Evil of the Caribbean, Lord of the Kings, Clash of Gods, An Unexpected DLC, Famous Last Words and A Multitude of Maps.

The collection also includes the game's fan-favourite sardonic narrator, and cooperative mode, allowing two players to team up and take on challenges together as the Absolute Evil.

About Dungeons 3 - Complete Collection
Dungeons 3 - Complete Collection is the ultimate edition of the latest instalment in the popular Dungeons strategy series. Build and manage your own dungeon as an evil Dungeon Lord, recruit new monsters and place cunning traps for unsuspecting adventurers - all while spreading your evil influence and conquering a vast over-world in the comprehensive story campaign. Enjoy a staggering amount of content spread across single player, multiplayer and skirmish modes with this collection spanning the base game, the complete history of content updates and all seven expansion packs!