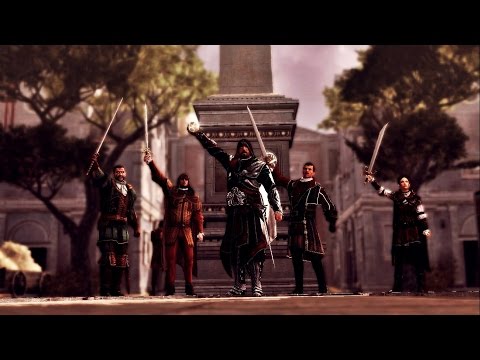 Assassin's Creed Bortherhood: A Collectibles Guide
Maps and locations of the many collectibles in the game, for those who want to get as close to 100% completion of the game as possible!
276 Bewertungen 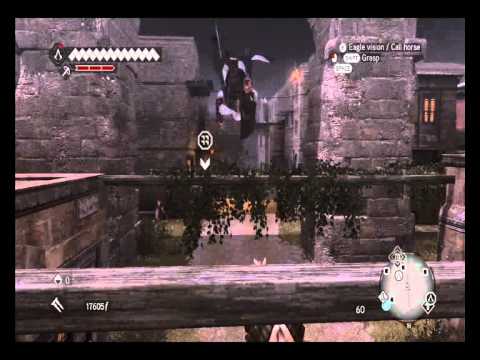 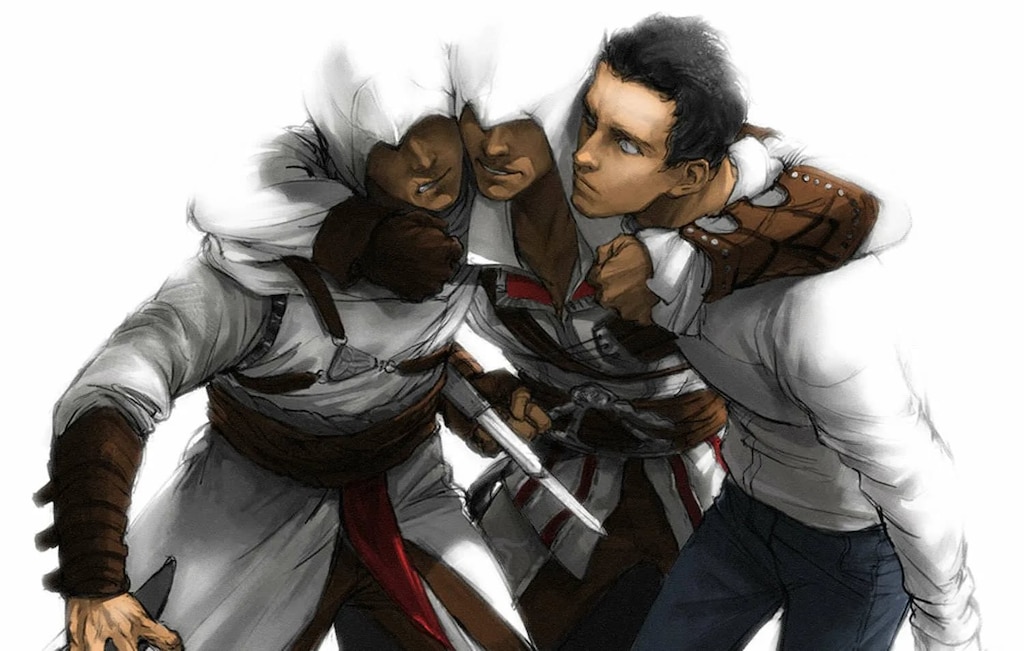 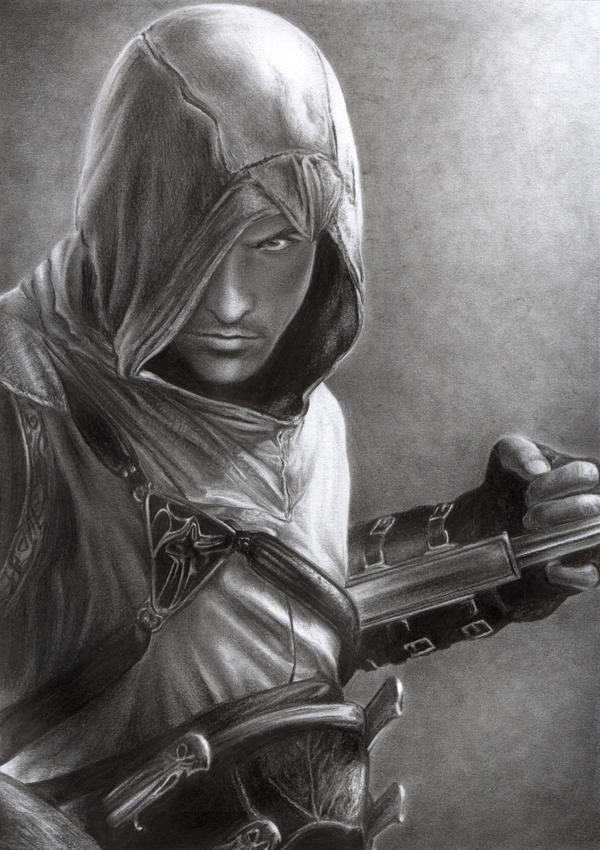 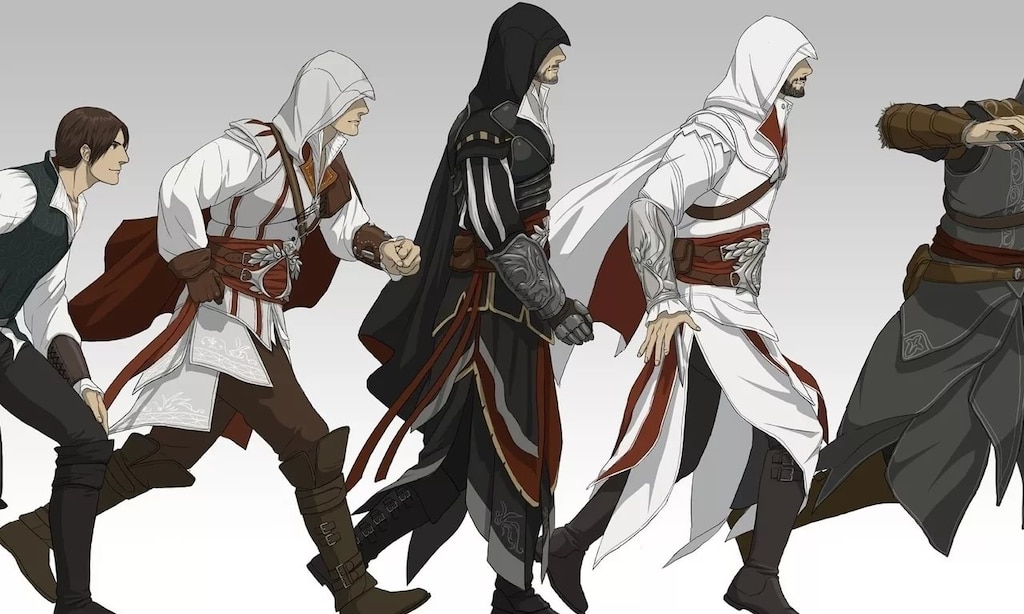 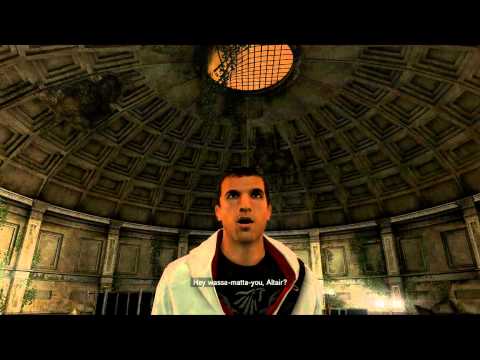 Tips and Guides to getting the most out of your game.
What I wish I knew before I started playing the first time. What I wish the game explained better as I played through. Spoilers abound.
95 Bewertungen 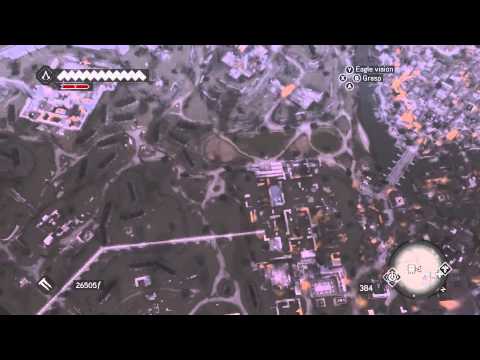 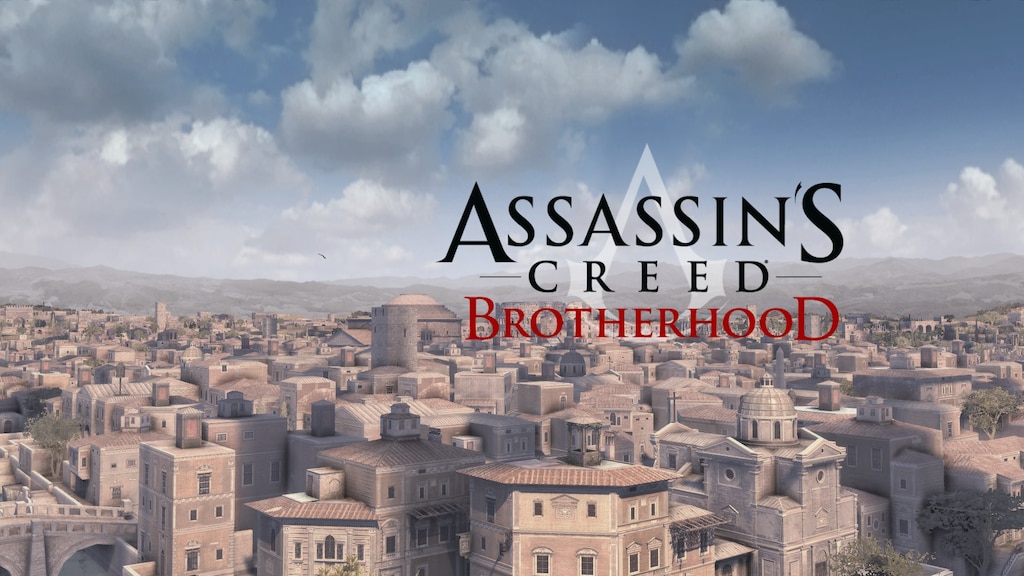 0
1
Beginning of The Story 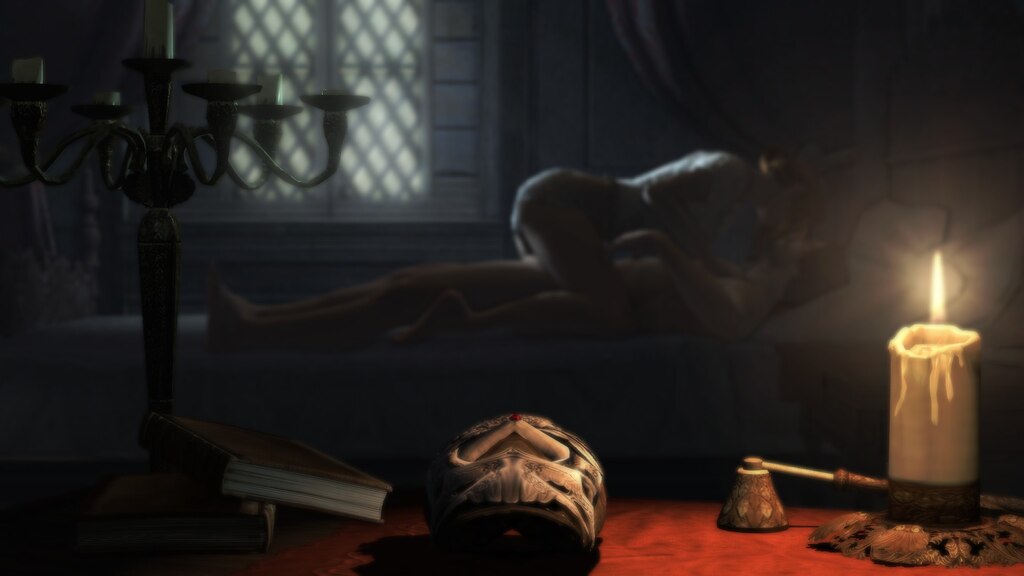 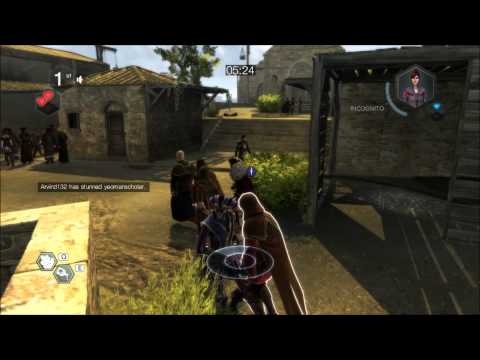 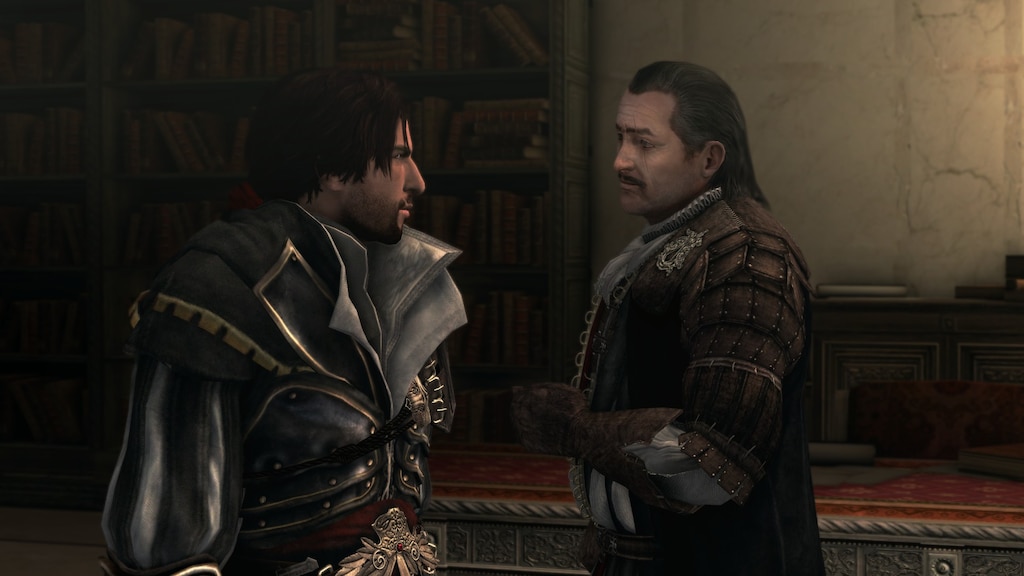 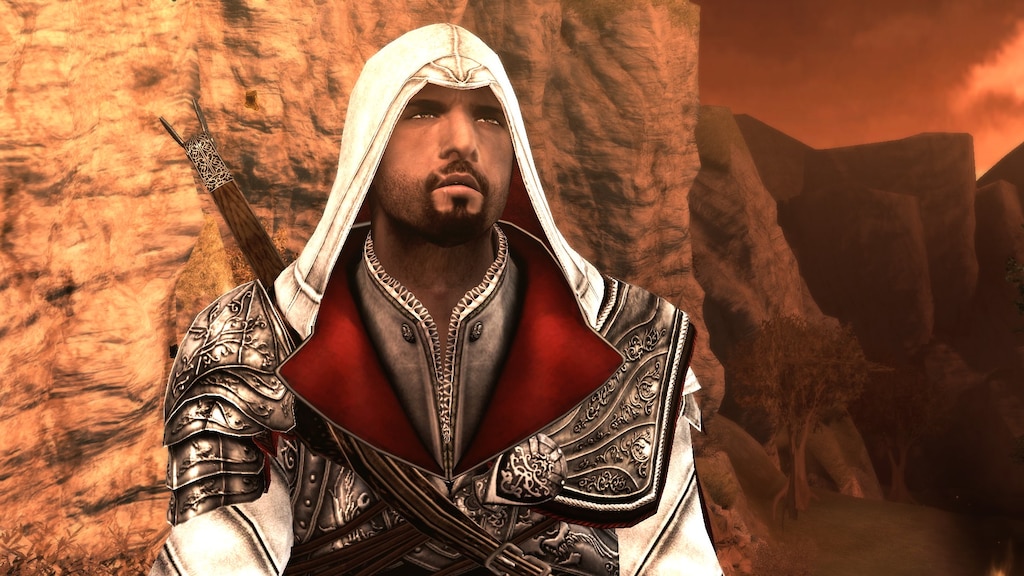 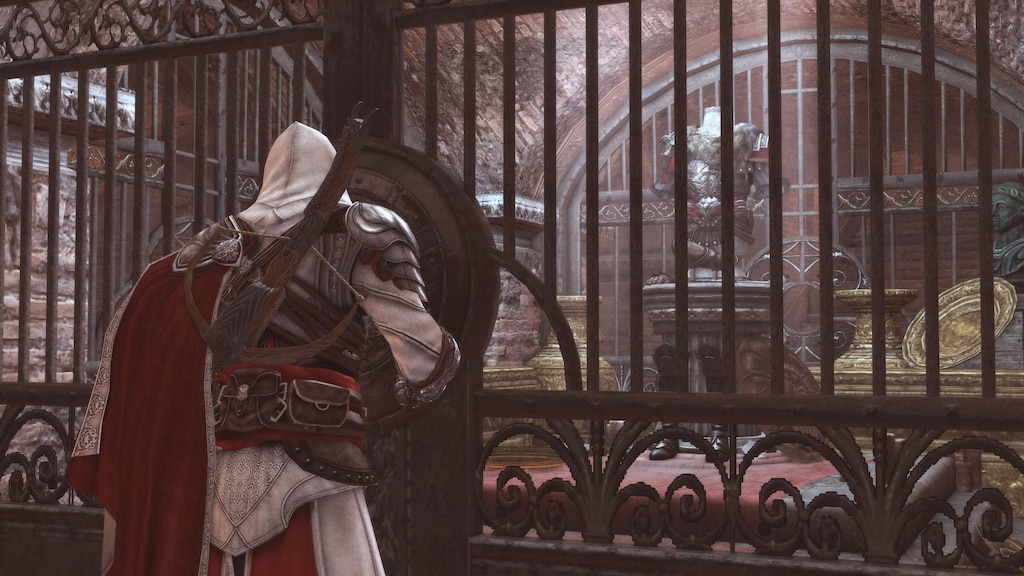 Empfohlen
163.1 Std. insgesamt
"I don't think anyone ever expects to wake up one morning and find themselves caught in the middle of a war between two secret organisations. I know I didn't. But here I am. On one side are the Templars, better known these days as Abstergo Industries. They're in the business of control. Politics. Economics. Technology. They won't stop until every single one of us serves them. Literally. Fighting against them are the Assassins. A group dedicated to safeguarding humanity's free will. I was born into the Brotherhood. A couple of weeks ago the Templars found me. They took me prisoner. Strapped me into a machine they'd built and put me to work. It's called an Animus. And it's where I spend most of my time. Exploring the memories of my ancestors, discovering entire lives locked deep inside my DNA. First, I revisited the life of Altaïr Ibn-LaʼAhad, an Assassin from the Crusades. The Templars wanted the location of something known as a Piece of Eden. An ancient artefact capable of bending people to their will. Once the Templars had what they were looking for, they decided my usefulness had come to an end. But Lucy saved me. Lucy. When things were at their worst, she revealed herself to be an Assassin and helped me escape. I was hoping that would be the end of my misadventures. But we were just getting started. Back into another Animus I went. Now I'm reliving the memories of Ezio Auditore da Firenze, my ancestor from the Renaissance, searching for a path forward. Through the Bleeding Effect, I'm becoming an Assassin in more than just name. It will come in handy, as the Templars prepare to enslave us all. They've found us. They've crashed our hideout and we're fleeing the scene, looking for a place to hide. Only there isn't any and time is running short. My name is Desmond Miles and this is my story."

If you enjoyed AC2, you're going to love AC: Brotherhood. The story picks up exactly where the previous game left off, as is tradition, both in the present day story and inside the Animus simulation with Ezio, and things start to get serious. After a fight with Abstergo, Desmond, Lucy, Rebecca and Shaun pack up and leave to what they deem the safest possible hideout where no one would think / dare to look. Modern day Monteriggioni, previously the Italian Assassin headquarters where Ezio lived and trained with his uncle in AC2. A modest Masyaf, if you will, which these days serves as a sort of tourist location in real life.

It's a race against time. To find the Apple of Eden before Abstergo does and takes control of the world, and figure out a way to save the world from the Dec. 21st, 2012 solar flare catastrophe. So after some present day conversations, parkour sequences and general banter, back into the Animus you go to explore the life of Ezio once again. The historical part of the game expands greatly on the mechanics of AC2, in every way.

The combat is super smooth with a new counter-kill mechanic, the tools and gadgets are more satisfying than ever including parachutes, and Ezio genuinely feels like a powerhouse. A true power fantasy!

The game is called Brotherhood because Ezio starts to realise just how desperate the Templars are and the lengths they will go to in order to achieve their goals, so Ezio begins recruiting an army of Assassins for the liberation of Rome, where the entire game takes place this time. The Assassins can be sent on missions which earns them XP and gives you rewards. They can be called in the middle of battle or to quietly dispatch a group of targets for you, leaving you unnoticed. The way the game's story is structured, it's almost as if AC: Brotherhood was supposed to be an end DLC for AC2, which would have made AC2 a gigantic, single game. But of course, it's its own game, and that's good because it vastly improved upon everything AC2 did.

You meet many familiar faces from the previous game during your travels, and the side content is better than ever, especially the War Machines missions. Ezio is a little older, wiser and because of that, deadlier than ever. The plan is to eliminate the Borgia family for good, especially madman military commander Cesare Borgia, who wants the Apple of Eden for himself. With the help of thieves, mercenaries, courtesans, Niccolò Machiavelli, Bartolomeo d'Alviano, La Volpe, Caterina Sforza, Leonardo da Vinci and even Ezio's mother and sister, who now joins the cause, Ezio will become not only Master Assassin, but Mentor of the Brotherhood in Roma. Well deserved! ;)

And let me just say... the soundtrack is absolutely kickass! Jesper Kyd did it again :)

The epic story ends with the Borgia threat over and Ezio leaving the Apple of Eden where none may find it. Except Desmond, far in the future, as foretold by the First Civilisation. Ezio being only the messenger across time. So Desmond and crew go to the Colosseum in Rome, where the POE is hidden as seen in the Animus, to retrieve it. And retrieve it they do, after speaking with the First Civ and hearing more of their philosophical ways... Let's just say the game ends on a big cliffhanger that no one expected, as Desmond loses control of himself for a few seconds after acquiring the Apple.

Which is the perfect setup for the next game.

DracoRexZ
58 Produkte im Account
0
My came can not start.What can i do ?
My game shows the serial number, but a green box will pop up a few seconds after starting, showing the program error. I have cleared assassin creed 2, but the assassin creed brotherhood can't get in anyway
6

逊衲
2. Mai um 16:41
Player Support
Outgunned Bug
Every time I try to run the Outgunned mission, where you destroy Leonardo's machine gun, I'm unable to blow up the powder kegs behind it, even though I can select them. I've tried throwing knives, using a crossbow, shooting it with the gun (which is the way you're supposed to do it I think), and getting up really close to see if it's a manual trigger. I've also tried restarting the sequence, restarting the game (like from Steam, not playing the whole game over), restarting Steam and Ubisoft, and checking f...
11

arw3n3v3nstar.s
31. März um 10:30
Player Support
Failed to request product key
Hi, I bought the game few days ago, I downloaded it, but I can't run/install it. When I try, I get a pop up saying "Steam failed to request product key, retry in a few moment". It's been 2/3 days, do I just have to wait for Steam to redeploy new keys, or is the problem different ? General Info : Playing on Arch Linux, With Proton, Best regards, ...
104

XxH@x0r3000xX
1. Apr. um 15:57
Player Support
Multiplayer- join my steam group
Feel free to add me to play brotherhood multiplayer. I have added many recent posters and am trying to build a small community to play this multiplayer frequently.
151