Seven: Enhanced Edition is an open-world, isometric stealth and action role-playing game, in which you play as Teriel, a master thief sent on a mission that will shake the foundations of the Vetrall Empire. Includes the Drowned Past expansion.
$29.99
Visit the Store Page
Most popular community and official content for the past week.  (?)
where do you store items? and what are red icon quest updates?
Is there no personal safe house to store the basic material stuff, I found that items stay on the ground but I dont trust if it'll stay like that.. And not that far into the game I was going towards Mortbane and got a red quest update, is that to indicate that its main quest or that I missed something or what?...
2 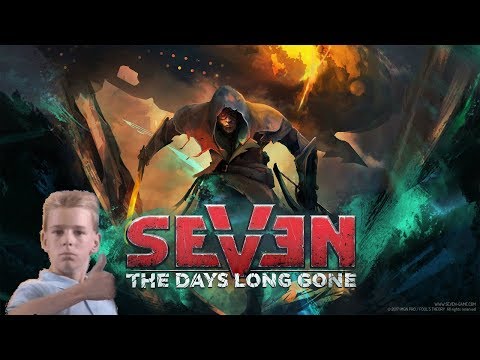 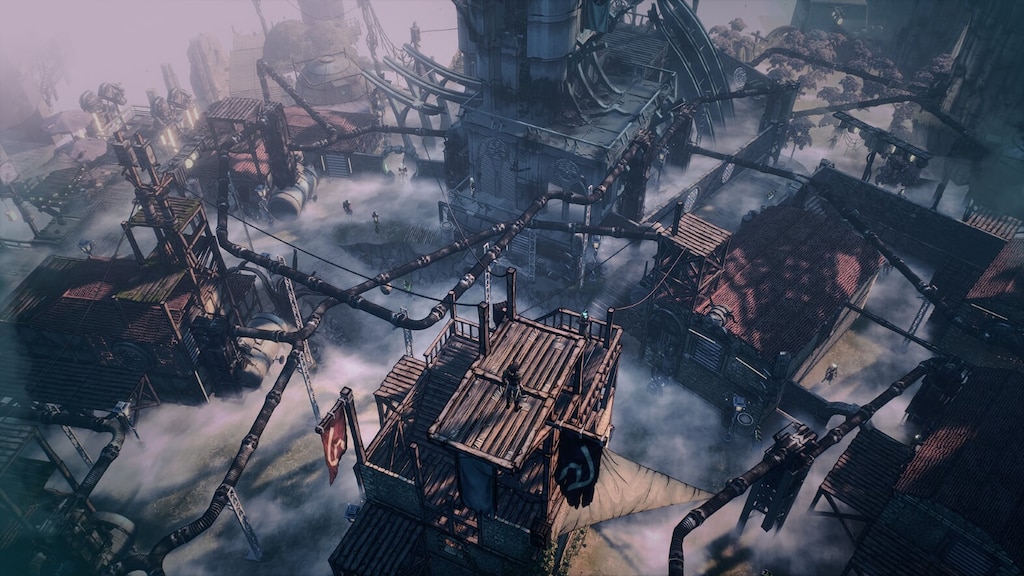 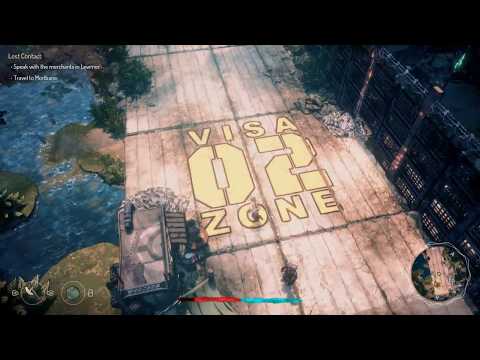 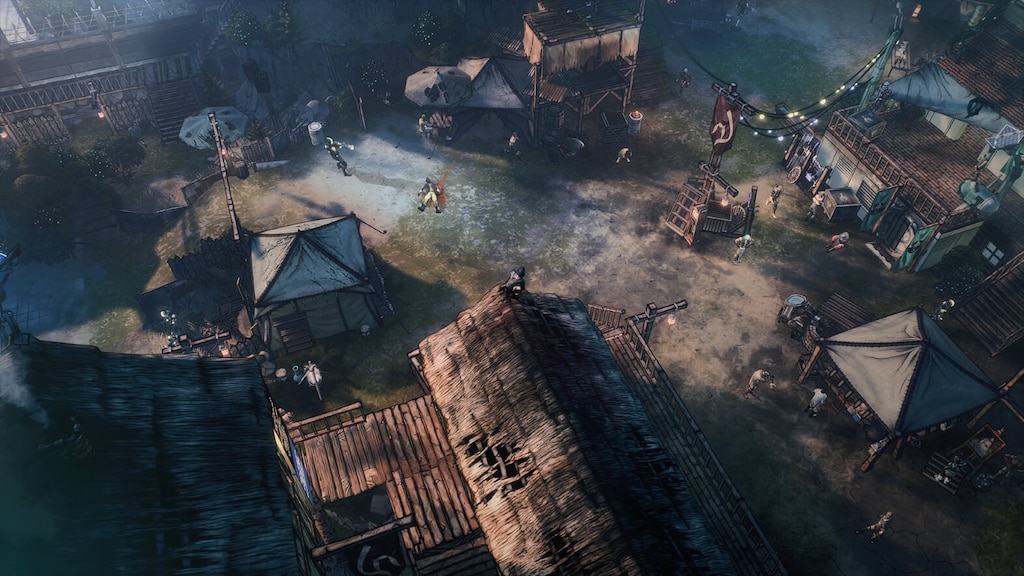 Hide and Seek (Du Motier) All 5 Guys Location 躲猫猫5人位置
Where to find all 5 guys during the hide and seek quest in Du Motiers party. 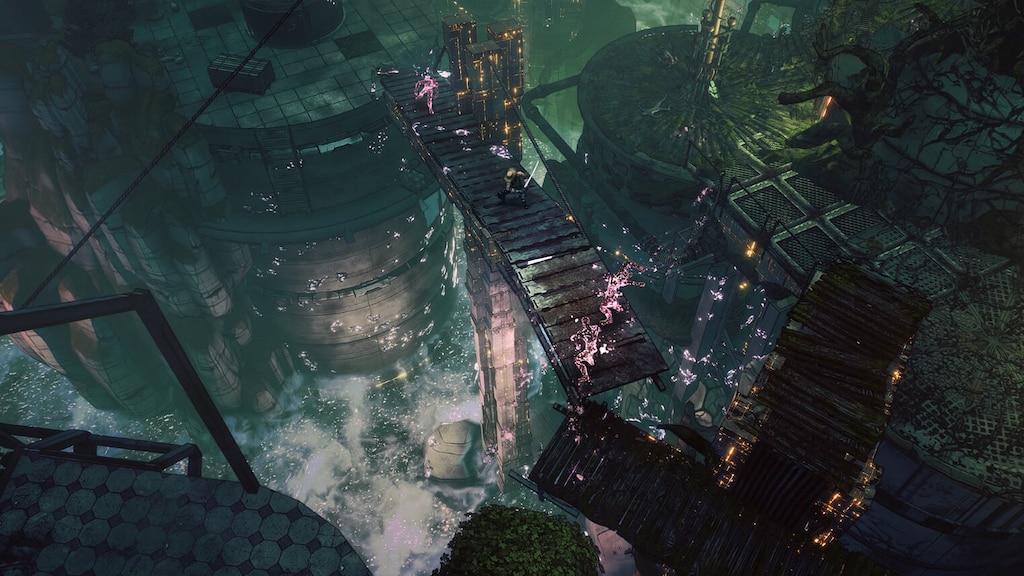 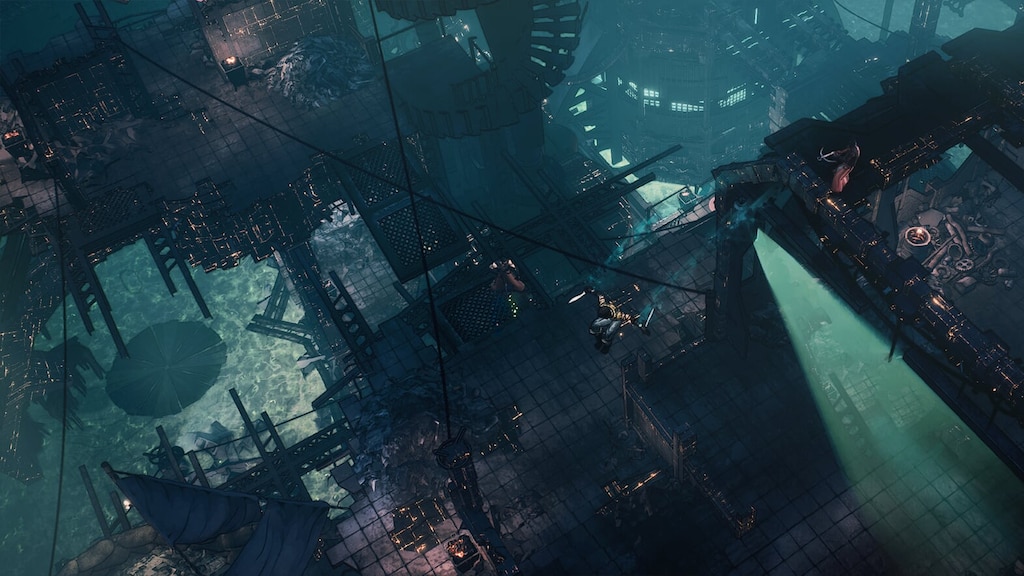 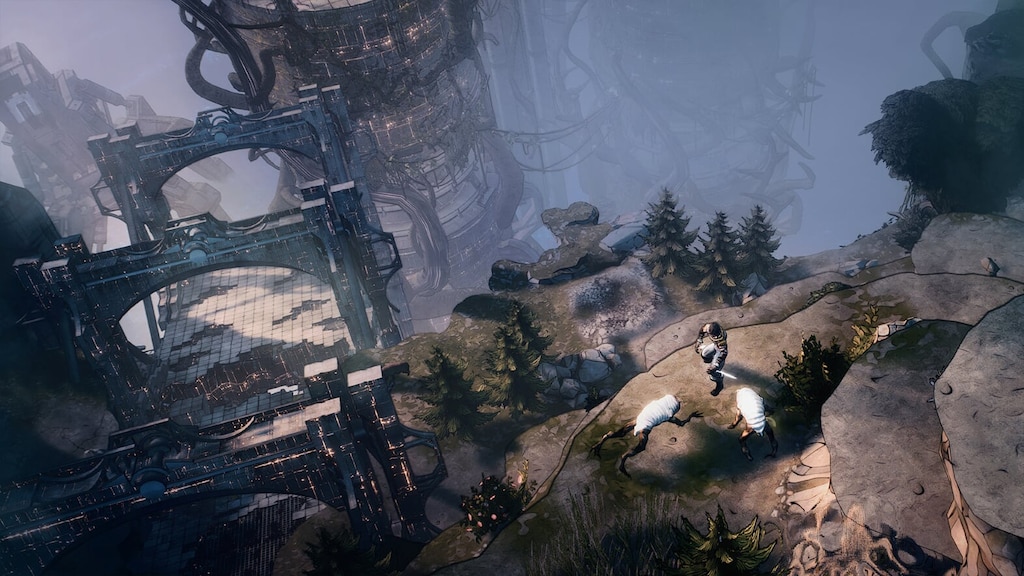 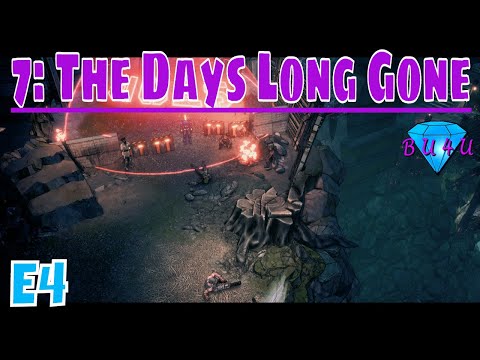 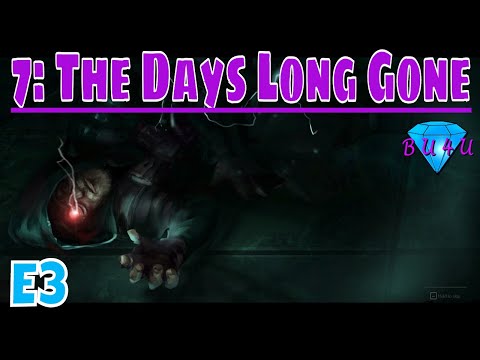 Recommended
16.8 hrs on record
The game from some of the makers of the original Witcher, highly overlooked and underrated. Using alchemical approach, it makes unique concoction of different genres into a vial of exquisite gameplay and fun, which nowadays games lack of. Pure single-player, story driven experience with no grinding loop.

An open-world well done with borderlands-ish approach to art style. "Haters" of before mentioned cartoon-art style, like me, don't get fooled, because this game is something else when it comes to graphics. Especially the world design and its vibrant colours and lighting. It plays and feels fresh, like Witcher 1 did in 2007.

I spent around sixty hours in the "regular" version, which had its issues with performance (Unreal Engine 4 wink-wink) and bugs in general, so I never completed it. What Enhanced edition brought to The Witcher, it did the same thing with Seven: Enhanced one. The feeling you get from UI design (inventory, items etc), and attention to detail in general, simply brings me to those glorious days of the second half of 2000s.

The biggest selling point here beside the narrative part is how the movement, animations and combat feel smooth. Isometric ar5e-creed with better "parkour" and world design. Responsive combat that allows you to time, combine and execute manual combos.

These are the kind of developers that we should support, enough with the so-called triple-A crap and fake indie infinite early-access cash-in titles.

Recommended
22.1 hrs on record
I don't know if I'm ever going to finish this game but I after 20 hours think I understand enough to speak my brains with some authority.

Firstly, this game really puts you in the shoes of its protagonist! You are, after a brief tutorial-adventure prologue, unceremoniously dropped onto a strange island with nothing but your rudimentary skills and then left to fend for yourself after being given the first steps on your narrative path. This game does NOT hold your hand once it's done this. Everything from this point onwards is up to you, including learning how the game systems actually work. It ask for effort. Patience and a willingness to experiment which also applies to many facets of the UI and menus. This can feel unfair and many might criticise it as poor design but I think this is simply Old Skool design, like your father used to make, like wot you find in Baldur's Gate and other games of that era. I'm giving them the benefit of the doubt and crediting them for absolutely making you feel like your character: lost and fighting to survive in a strange, new world.

And what a strange new world it is! While this game borrows heavily from sci-fi and even fantasy tropes the world is unique enough to feel really fresh, and that's amazing, It's also bloody gorgeous to look at. It's not going to win awards for texturing (everything looks a bit Borderlands) but the level design, being unusually and strikingly 3-dimensional is wonderful. You will want to stop and gape from time to time. And there are enough weird beasties and strange sights to put some genuine thrill-of-the-new back into any jaded digital-adventurer, .

You'll spend as much of the game in stealth mode as you will fighting things, possibly more due to the need to watch, observe and get your timing absolutely right; you have an ordinary man's skill at sneaking, rather than, say, the 'I'm invisible-in-the-dark' superpowers of Garret (Thief Series) so there's more reliance of moving/dashing/running at the right time and relying on your wits than in other games. Combat is entirely dependent on your weaponry and armour. You will spend much of the early game avoiding trouble because, just as in real life, it's a very quick way to get dead. I'm only approaching mid-way through the game, by my reckoning, and only just passing the point where I can take a lone Technomagi guard down: mobs of them still deliver swift, life-ending, beat-downs.

But 20 hours in I'm super impressed with the game, one I'd never even heard of until idly flicking through Steam one evening. I'm having lots of fun exploring, finding treasures, new skills and completing side-quests of which there are a healthy amount (some of them quite involved, too). My advice to new gamers? Slow down and take your time to explore and really inhabit the world. Don't try to whizz through the plot. Spend some time learning how to get things done. Learn the crafting system. Build up your armour and weapons. Explore every nook and cranny before you venture further afield - and don't forget to think in 3 dimensions! Sometimes that piece of scenery you thought was decorative really does lead you to a new path. Talk to people, help them out. Oh, and don't ignore all the junk you'll find marked as "Loot". It powers the crafting system which powers everything else you need in the game.

For those of you with the grit and fortitude to rise to the challenge this game presents I'm pretty sure you'll have an absolute blast playing this strange, beautiful, unique and entirely welcome game.

Recommended
48.0 hrs on record
Seven: The Days Long Gone is not without fault, yet I find myself in admiration. The world is detailed and expansive, sprawling out while also offering a lot of vertical design, despite how big the island of Peh is, it remains cohesive and feels lived in. The story also compliments the setting. The gameplay is excellent, particularly movement that allows for a lot of player freedom, plenty of options for stealth or direct combat and even pacifism if you are so inclined. Sound and visuals are also great.

So what about the faults? Seven doesn't do that well a job of explaining its mechanics, be that the movement system or what the last equipment stat is (it's how much noise you make when running about). For example: I didn't find out that you could land from a height without rolling by not holding any directional input until roughly 20 hours into my playthrough, which made navigating the vertical-heavy areas far more forgiving. Skill chips can't be accessed until you proceed far enough into the main story questline, which I've seen some complaints about as you can still collect upgrades before getting to that point in the game. Don't expect this to be a stealth game in the traditional sense either, stealth does play a large part in the game but players who rely exclusively on stealth probably won't finish.

Despite some flaws, Seven was a resoundingly engaging and compelling title. Highly recommend if it is even remotely interesting to you.

Dante from Devil May Cry
2,301 products in account
0
Screenshot 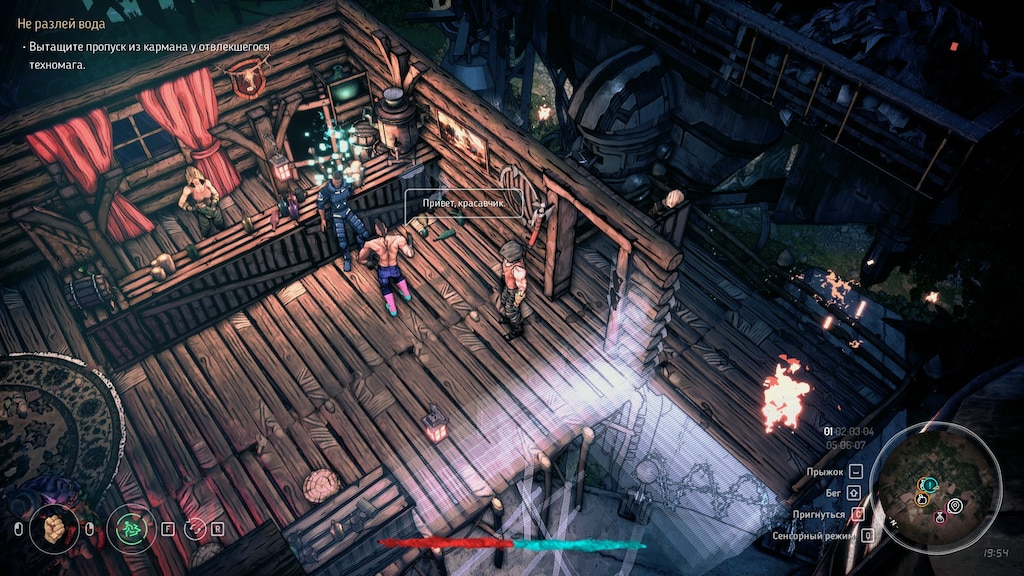 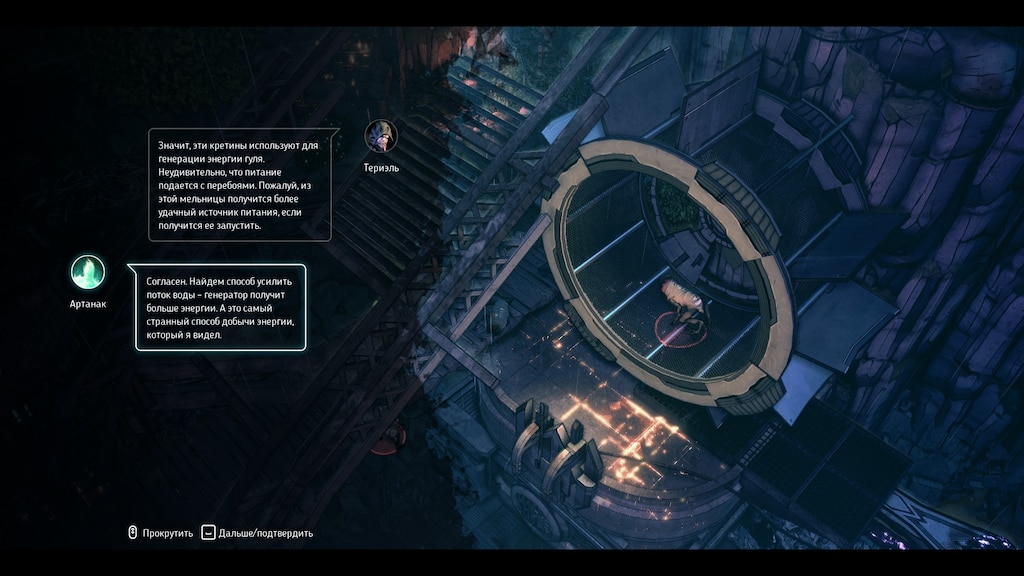 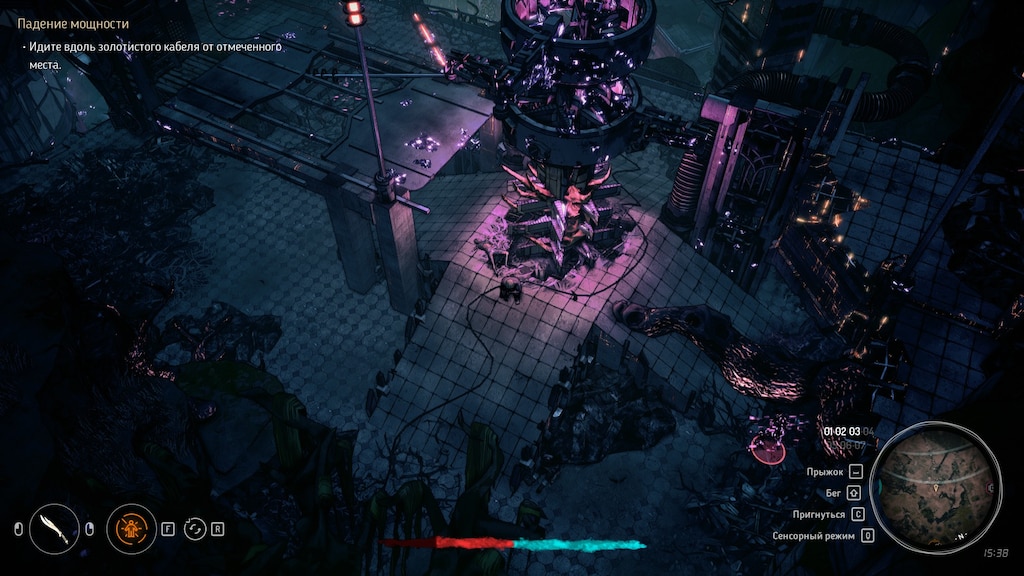 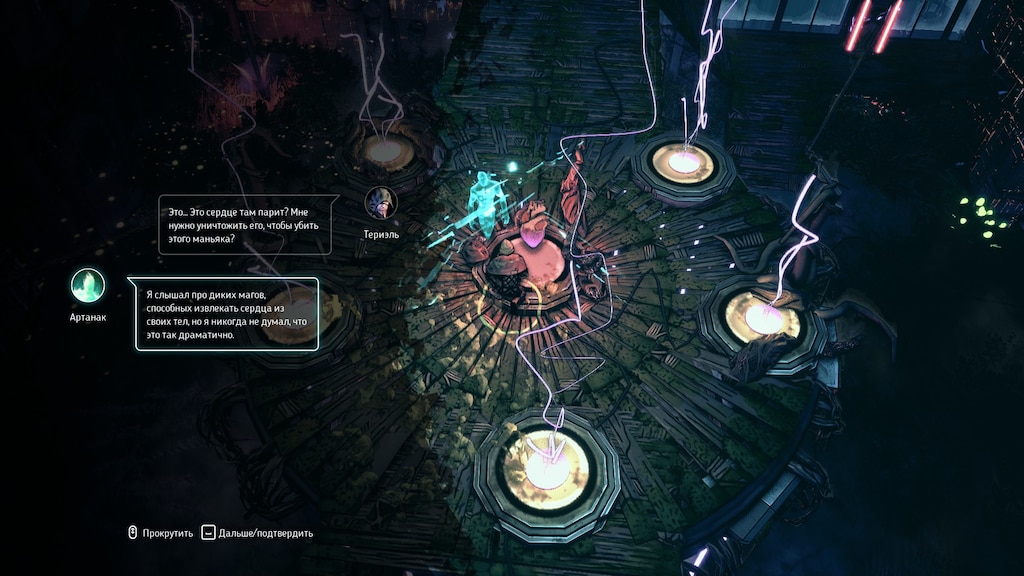 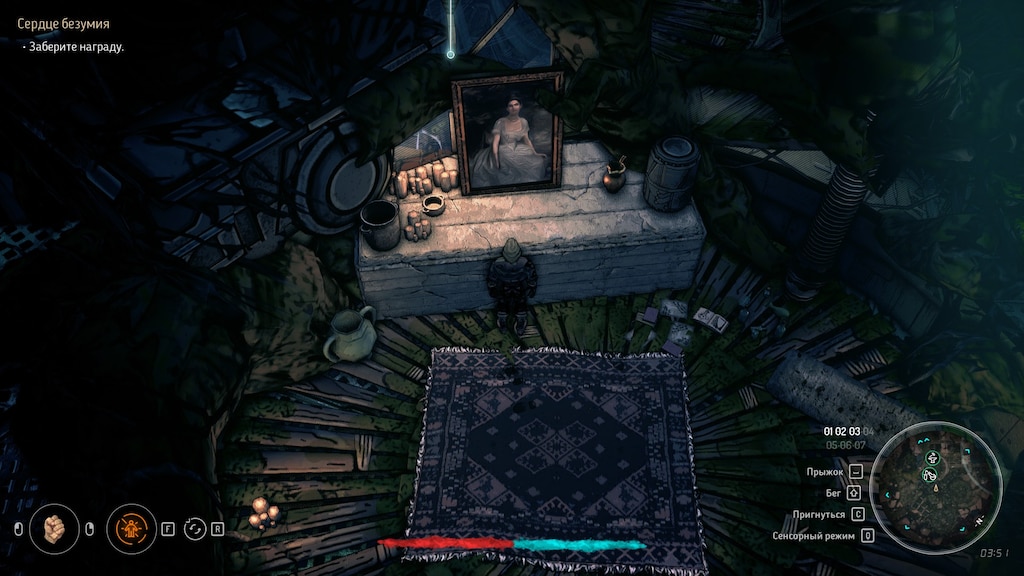 alexkroy
View screenshots
Where should SEVEN launch next?
Hello dear players, We are working harder than ever on making SEVEN: The Days Long Gone the best game available on Steam . In the past couple of months, we've got many questions about potential releases on different platforms. That's why we decided to ask you that theoretical question, which may lead to final decisions if the game happens to be a success: Which platform would you like to see being supported from our side next? Consoles, PC dedicated online platforms, mobile or maybe even ...
298

janIMGN
Jul 9 @ 2:15pm
General Discussions
No Energy In Gas City
My energy has been zero in the second city. Is that because of the gas or is something else affecting it? I tried using an energy stim, but after the increase, the blue line immediately drops back to zero again...
12

misterbill5
Jul 5 @ 3:38pm
General Discussions
Any other games like Seven?
I love this game so much, and it was so deeply satisfying to play. Especially being able to climb and jump around in an isometric environment. That, plus the completely original world and just how FUN the damn game is to play. In the time since I've finished Seven a billion times, I've yet to find a game like it. Has anyone else found something like it?...
18