Spelunky 2 builds upon the unique, randomized challenges that made the original a roguelike classic, offering a huge adventure designed to satisfy players old and new. Meet the next generation of explorers as they find themselves on the Moon, searching for treasure and missing family.
$19.99
Visit the Store Page
Most popular community and official content for the past week.  (?)
Patch Notes: v1.27
Sep 23

LightningBlock
Sep 28 @ 1:58am
Bug Reports (Adventure & Deathmatch)
what is communication with randoms like?
Voice chat? Text chat? Emojis? Dancing..? Interacting with randoms in online games is fascinating to me
7

Honk: Showclown
Sep 26 @ 5:52am
General Discussions
1.26 Released!
Sep 20
ːspel2caveːːspel2caveːːspel2caveːːspel2caveːːgoldidolː I'm very happy to announce that with the release of v1.26, we've reached a big milestone with Spelunky 2's online multiplayer. You can now play Spelunky 2 online, with friends or random players, in Adventure Mode or Arena Mode, and now... between all available platforms (Steam, PS4/PS5, XB1/XBX, Switch) through cross-play! With that, I feel like all of our major goals for online multiplayer have been met, but to be clear, we will still be monitoring social channels for feedback and plan on making further improvements to the Spelunky 2 online experience.

Shout out to BlitWorks for their tireless efforts to make this possible!

As Always, Thanks For Your Patience
We really appreciate that so many players have stuck with us as we worked on online multiplayer. Trust me when I say that we always feel frustrated ourselves when something doesn't work as planned or we're forced to delay a release. I wanted to spend a little time explaining why the delays have been so long, for those that are interested. If you're not, just accept my apologies and my gratitude and then feel free to skip to the next section! ːspel2cavelː

I think I've said this before, but it bears repeating that Spelunky 2 is pretty complex for online multiplayer, despite "just" being a 2d platformer. At it's worst (for online, I mean!), there are four players running around a double-layered level with destructible terrain, liquid simulation, and high interactivity, where nothing in the level can be disabled temporarily, even when it's out of view. On top of that, it's a fairly fast-paced and detailed arcade-style game. So there's a lot to keep track of at any given moment.

Being multiplatform also adds many challenges - not just technical ones (and those are significant, of course), but also communication ones. Often, resolving a problem, even if it seems minor, can take days or weeks as people communicate back and forth across different companies, departments, languages, and time zones. Every platform has its own unique way of handling things, so getting everything lined up is tricky. This was particularly true for cross-play.

That being said, you may wonder why we don't simply take all of this into account when we give our release date estimates and pad them out more? The truth is that when we give our estimates, those are our actual internal estimates, and it may seem hard to believe, but we do pad them out! So those dates are the dates we're genuinely aiming for, with confidence. Game development is so hard to predict, though, and a lot of times it's not one thing, but many things that add up, and X gets delayed long enough that suddenly Y takes priority. And then Y has its own unforeseen delays, etc.

So it's tough - we need to be optimistic and ambitious to get these things done, and we want to let you know what we're thinking and planning, but it doesn't often line up perfectly. Some developers adopt a "when it's done" attitude, which makes sense, but can be frustrating for players in a different way. For me, personally, I've been thinking about how to handle release dates in the future, and I'd like to continue giving estimates, but probably less frequently, and definitely with a more neutral (i.e. less excited) tone and some clear warnings that they are estimates only and players should only purchase the game as-is.

FAQ
Are you planning more updates after this one? As I said above, yes! Our next steps are to collect feedback and continue improving the online experience now that the basic features are all in place.

Will you add more singleplayer content? No, our focus will continue to be on multiplayer and online. That's a personal preference for me as a creator, to try and preserve the singleplayer experience as much as possible after release. Of course, fixing bugs and any game-breaking problems is still on the table (although "game-breaking" is open to interpretation haha).

It's taking a long time to sync between levels when I'm playing online now! Sorry about that. It's part of our ongoing quest to create a smooth experience between players on systems that are very different in terms of power (including within Steam). From the feedback we've already gotten about 1.26, some players are having a much better experience online, while other players that were able to play fine before are now having to deal with the syncs. We'd like to start by releasing a workaround for the latter group ASAP and go from there.

If you have further questions, please let us know! Happy Spelunky-ing! ːspel2ankhː


Known issues introduced with this patch:

Spelunky 2
811
98
lack of updates
It shows in steam the last updates were over 9 months ago. is this game abandoned?
24

Jeremy Baramie
Sep 24 @ 8:38am
General Discussions
I didn't get my last achievement
I completed all 31 achievements and should have been given the last one for completing all the others. it's really a sad, because I did all the hardest things but the game is not considered perfect and 100% done. Has anyone experienced this here or in other games?...
11 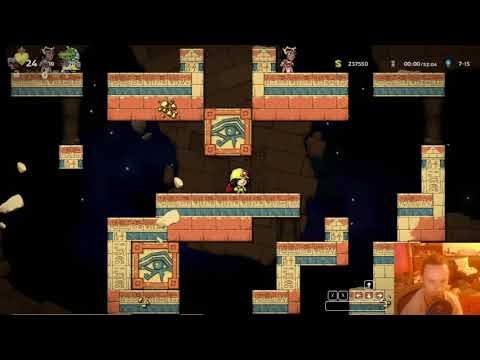 How to reach the "7th World"
A comprehensive and detailed step-by-step guide that tries their best to avoid spoilers.
43 ratings 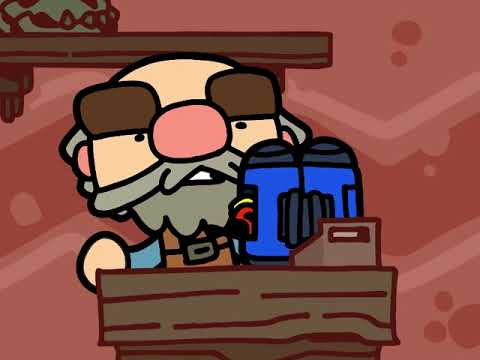 AccuserOftheBrethren
View artwork
How to hurt Tiamat?
I've gotten to Tiamat twice, and it doesn't seem like this fight is possible without a weapon. Her head seems to be the weak point, but if I jump on her shoulders and whip her once she almost-instantly uses an attack which flings me away and does 1 damage. Which means I'm trading damage 1-for-1, and unless I somehow had more health than the boss (unlikely) I can't win. Am I misunderstanding what I'm supposed to do to hurt this boss?...
8 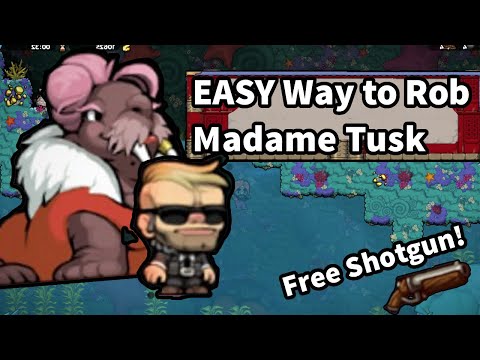 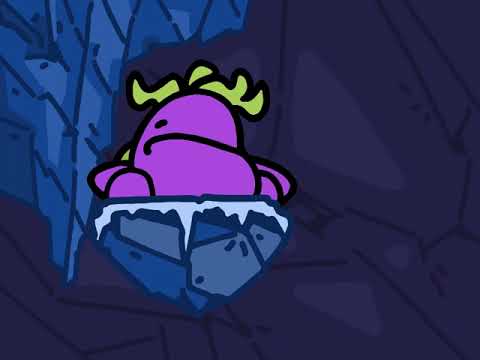 ayo yang kinda sus tho 😳💀⁉⁉⁉
Alright, first of all og yang had like 11 sons or something so the yang we know in s2 probably has attention issues, next of all he likes turkeys way to much and i tthink he wants do something to them 😳(cook them) why dose he attack you over a dead turkey
36 ratings

A Beginner's Guide Primer (WIP)
This guide is a collection of knowledge to help new players get further in the game. 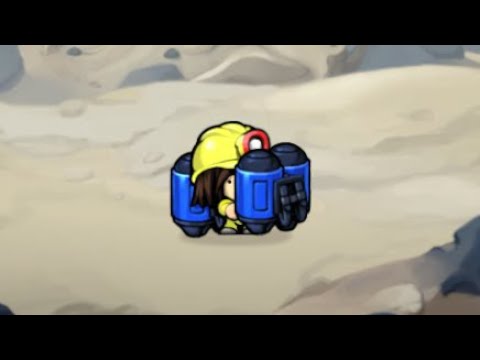 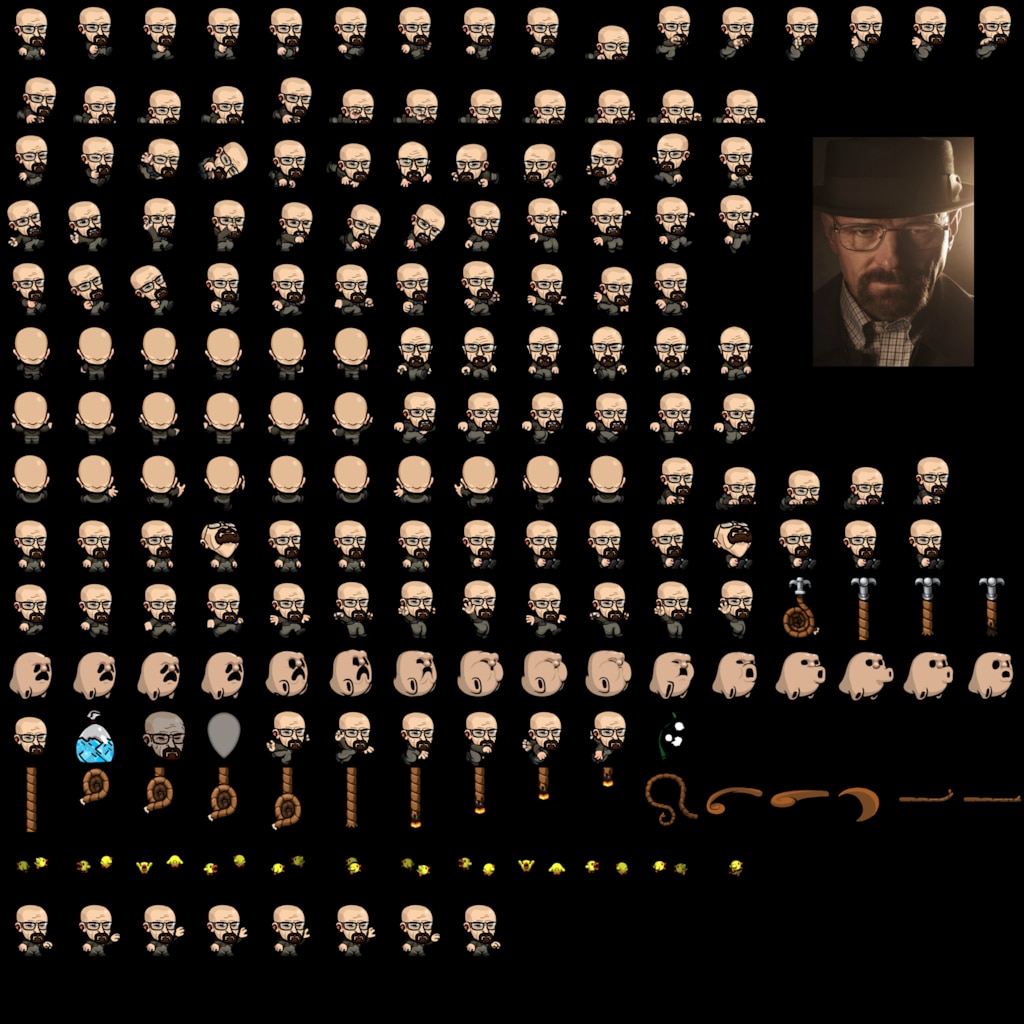 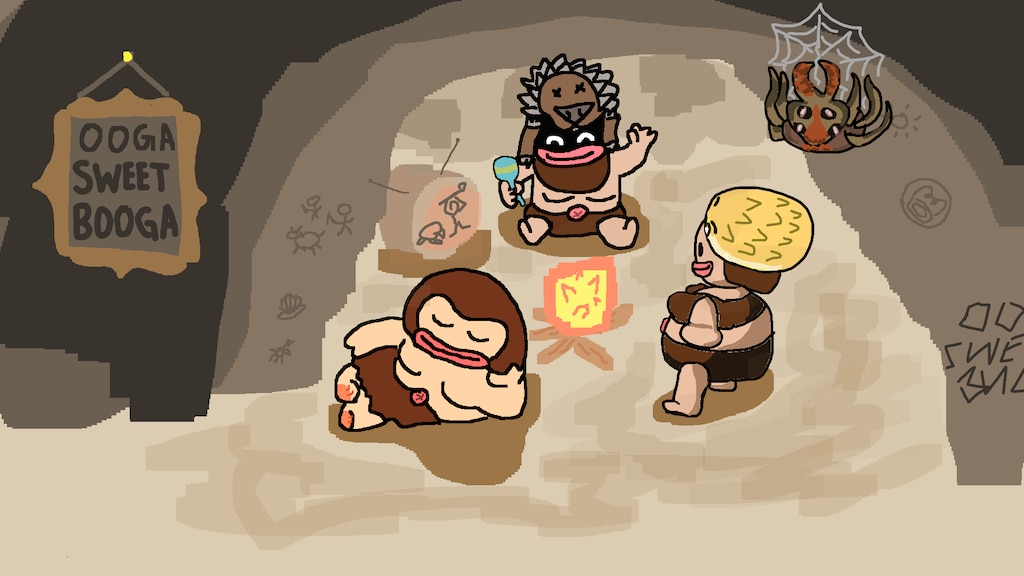 how to get cute robo lady! (lise project)
how to get the best character in some simple steps!

why beg uis basedd and tun is cring1!!111!
tun is so cringe and i hjate hrer pelas elike and awawrd if you like this guide!!!1

Not Recommended
496.5 hrs on record
Been one of my favorite games for the last two years until the most recent couple updates introduced extremely long loading times in between each level. After playing online for the last two years with next to no loading times, it's completely unacceptable. It takes longer to load into the level than it does to beat it. I just don't even want to play anymore

Not Recommended
170.4 hrs on record
As of the update before last, the game is now unplayable in multiplayer due to unbearable sync issues, halting gameplay for sometimes more than a minute. Very sad as the multiplayer experience was nearly flawless before crossplay was enabled.

Not Recommended
15.2 hrs on record
they added multiplayer and literally the entire community is toxic. can't even get past 1-1 cause some idiot tosses a bomb off the spawn and whips you into it. if you want to play it recommend single player over multiplayer unless youre playing with friends you know. 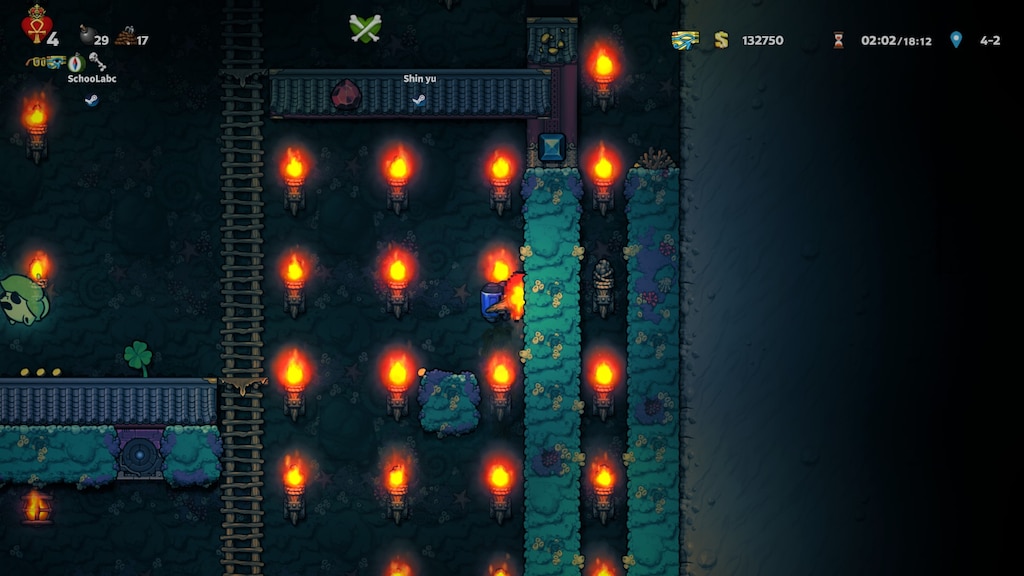 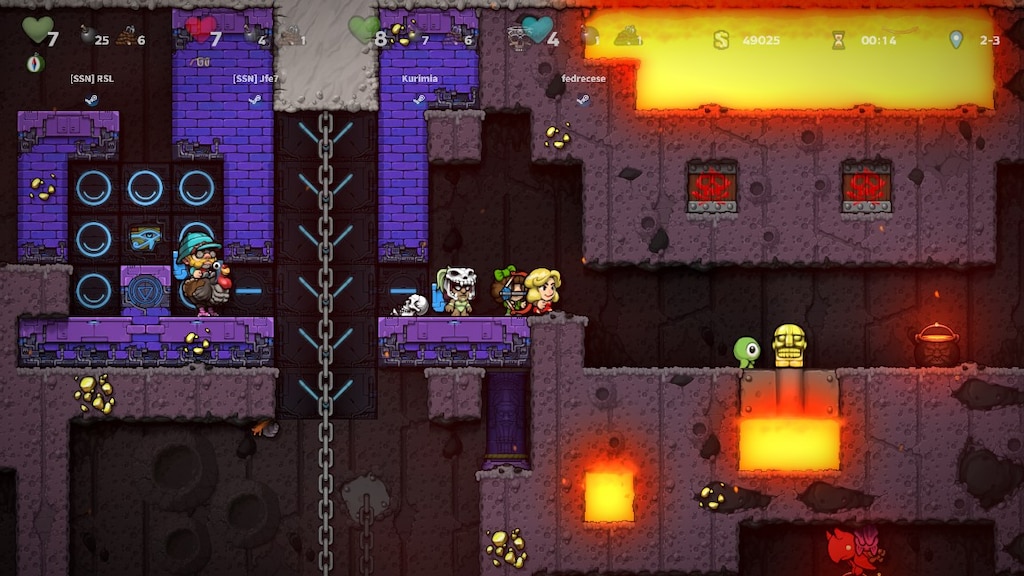 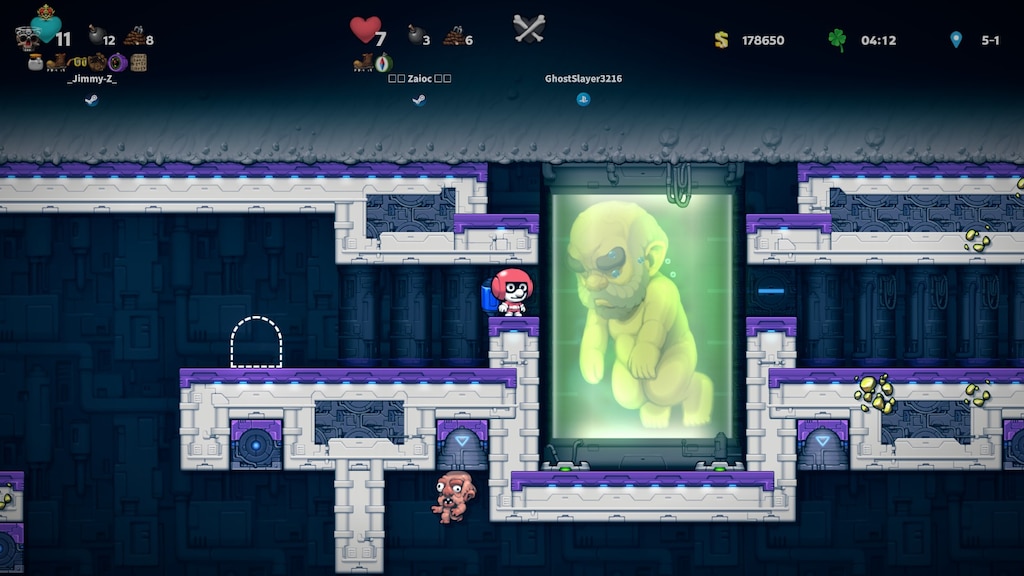 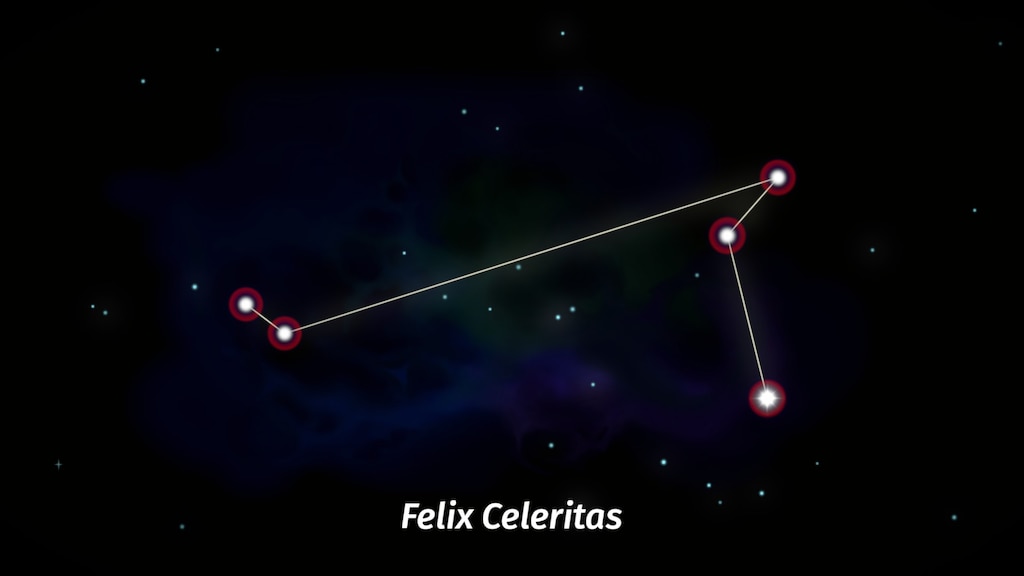 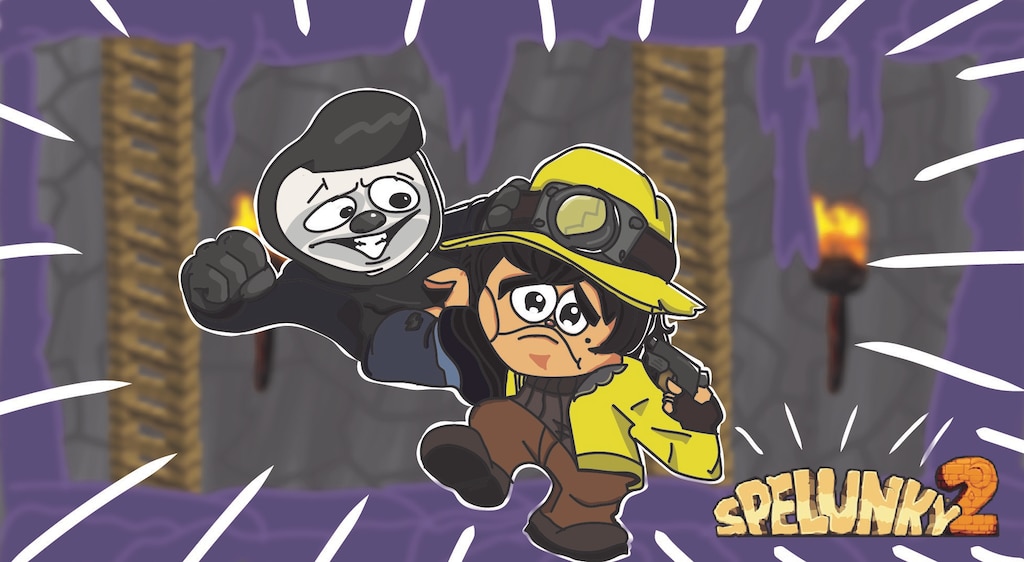 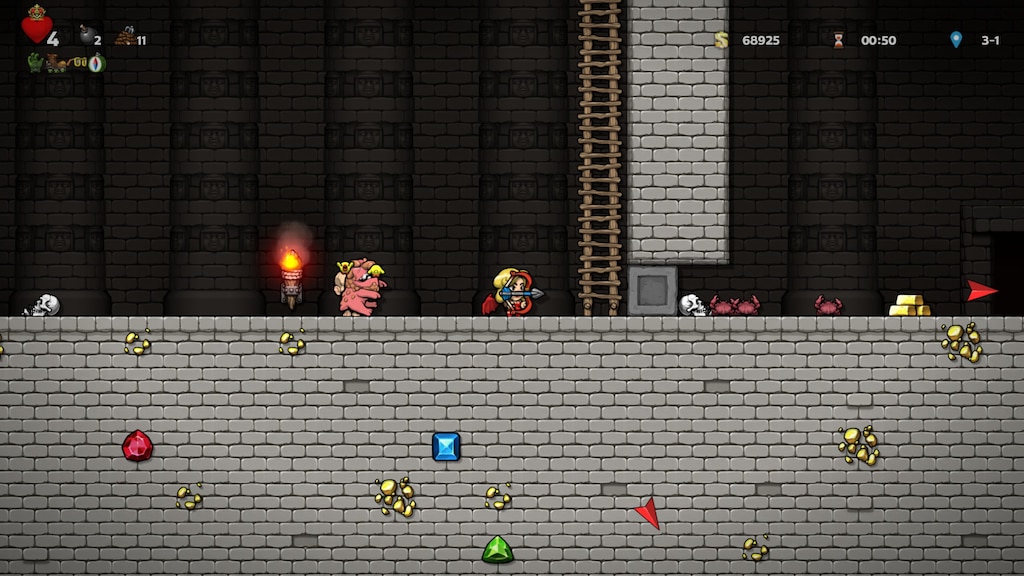