Store Page
View Stats:
Global Achievements
Show
All News
All News
Syndicated News
Official Announcements
Tripwire Community Game Night with the Rising Storm 2 Zombie Mod
Jul 1, 2021
Calling all grunts! Tomorrow's Tripwire Community Game Night at 3pm EST is getting spooky... with zombies. =]H[= Hardcore Gaming is hosting us and the Zombie Mode mod. We'll give out the info on live stream for how to join us. We'll be joined by Alan Wilson and will have some giveaways. 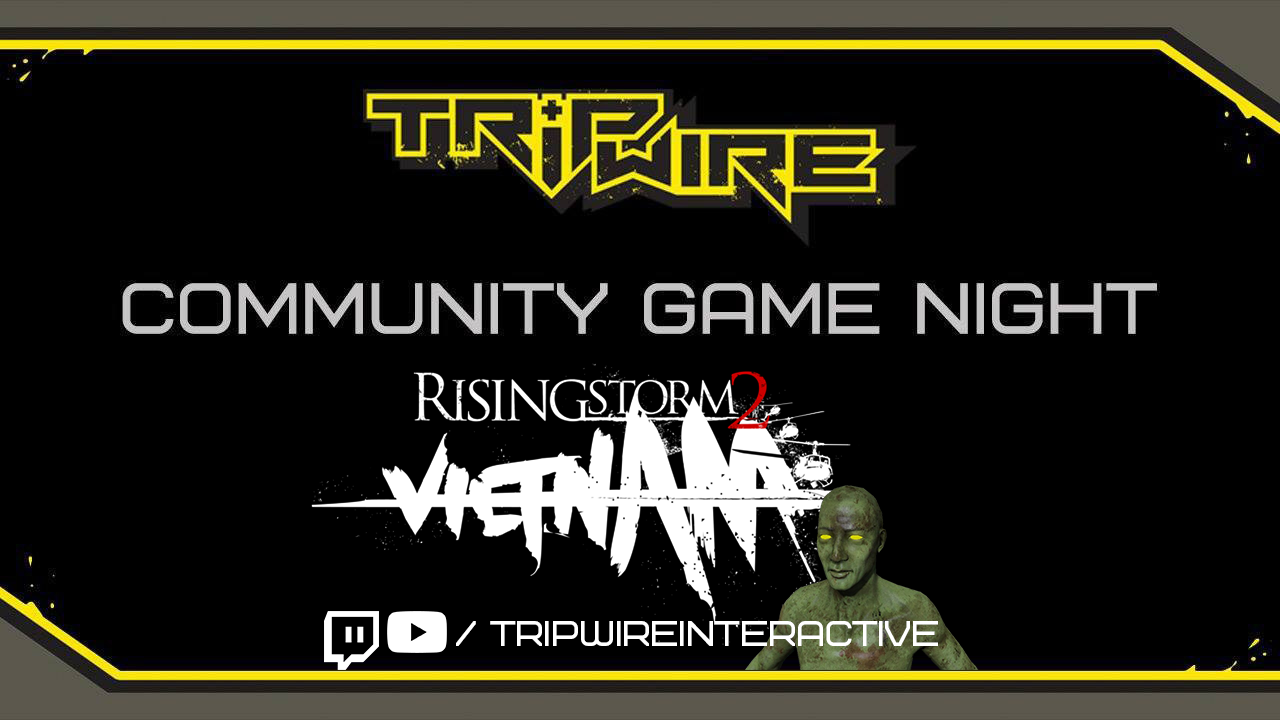 Update 1.6 is here and deploying to servers and clients now! It has been a long journey, but this run through the jungle has finished its last tour. The team would like to thank all the players and admins who have joined us along the way and become a part of our little part of the internet and gaming. As always we will strive to learn from our experiencing with Rising Storm 2: Vietnam and apply them towards our future projects to create even better games moving ahead! See you in the jungle.


Alan Wilson, Game Director of Rising Storm 2: Vietnam wanted to pass along this message to all:
I'd just like to say thanks to everyone involved in the last 7 years of development and support for Rising Storm 2: Vietnam. That includes everyone at Tripwire, AMG and all the other contractors that have worked on the game during that time; all the modders, community mappers, server admins and everyone investing their time and hard work into the game; and, as always, everyone who has played the game - and those still owning me in game. Just because we (Tripwire) have reached the point where we have to stop development, it doesn't mean anyone else has to stop and support will continue via the community team white listing community mods. I'm looking forward to enjoying the game for a long while yet, as we plot our next target in the franchise in the future - we'll see you in the jungle, as always. Roswell Six Actual out!​


In celebration of this update, Double XP has been turned on and will continue for the next week!

You can find the changelog below: 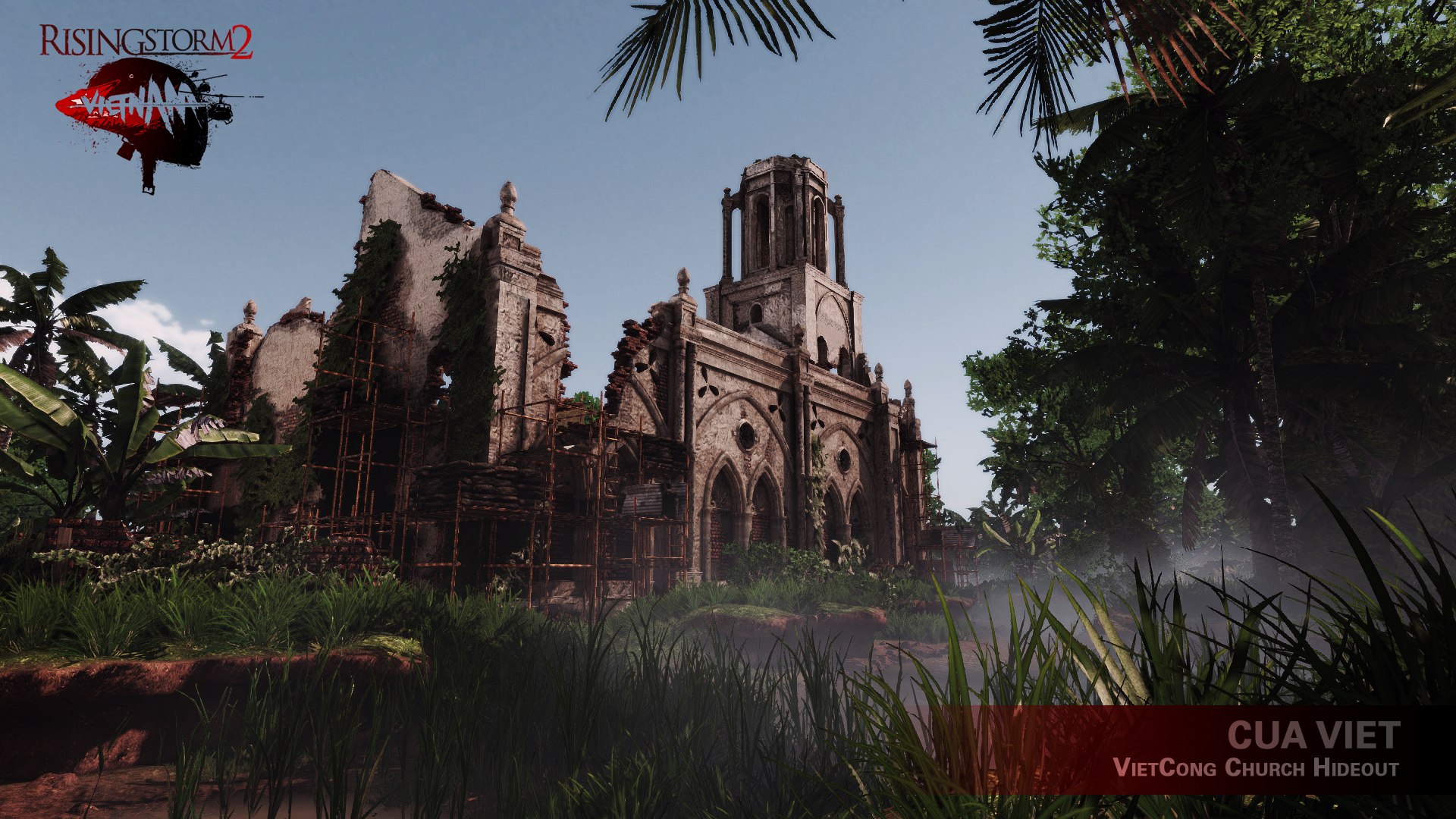 We know many of you have been patiently waiting, and we are happy to announce that we are expecting to release the final update, update 1.6, in the coming days with a deployment to the field next week if all goes well.

You can find the Work In Progress but expected to be final changelog below:

Rising Storm 2: Vietnam
1,639
197
An Update On The Update
Jan 20, 2021
At the tail end of last year, we mentioned that we would be working towards another QoL update, and trying to fit in a little content if we could. We also mentioned that the goal was to have it out in time for the Holidays. It is safe to say, that didn’t happen. We know many of you are asking “So what did happen, and what is still happening?”. Please let us share with you more information on this.

For reasons beyond our control, the planned update needed more time and unfortunately delayed longer than we had anticipated.

That being said, an update is coming! This update will include several of the fixes that were finished, including many of the issues reported around VOIP. We are also working to bring a community map on as official: “Cua Viet” by PsychoPigeon, whom many of you will recognize from his previous work on Rising Storm 1 and 2.

We hope to share more on the specifics of what has made it into the update and when it will be released in the coming days/weeks (dependent on QA verification).

We certainly appreciate everyone’s patience, understanding and overall enthusiasm for this update!


These are the notes for Hotfix 1.5.4 for Rising Storm 2: Vietnam. Thanks again for everyone who has downloaded the game. We’re happy to say that you’ve been breaking records for player numbers over the last couple of weeks!


This Hotfix took a little longer, courtesy of the QA required around some of the performance issues, as these were related to how player stats were being handled on EGS. Players should now see far less hitching when players join servers, for example, as well as other performance improvements.


We also have the SDK working for the mappers/modders out there, as well as the first round of some QoL fixing to the whitelisting system. The missing Green Army Men maps are back where they should be and a number of other issues (see the Changelog for details) have been addressed. And some fixes for Vivox VoiP issues.


From here, we will review any outstanding issues from the EGS implementation, including lingering VoiP issues and move on to some further Quality of Life issues. All of us at Tripwire (and Saber) thank you for your continued support and patience. We hope to see you in the ‘Nam!


Please continue to report any bugs you discover by visiting our official forums at: https://forums.tripwireinteractive.com/

We had hoped to get hotfix 1.5.4 out to you this week, but it has become clear that the release of this update will most likely be next week so we have time to include all the fixes (some of which are complex changes) we are planning for and they are given an appropriate QA testing period before deployment.

These include the following (Work In Progress - keep in mind items on this list are subject to change) changelog items:

Please continue to report any bugs you discover by visiting our official forums at: https://forums.tripwireinteractive.com/

With the release of Hotfix 1.5.3, after the release of Rising Storm 2: Vietnam on the Epic Game Store, we first want to say thanks to everyone who has downloaded and played the game - as well as the extra players jumping (back) in from the Steam side.

We are rolling out this first Hotfix to deal with those issues we can handle quickly, including some backend issues causing servers to drop off the server browser and some performance improvements behind that, causing issues with joining games. The full change log is below.

Following on from this, Saber (who have been doing all the work to bring Vietnam to EGS) will be working on Hotfix 2, which will focus on the more complex performance issues and the SDK. Because this is more complex, the coding and QA will be more complex, pushing Hotfix 2 to later next week.

Once those issues are squared away, we are working with some “old friends” from the original development team to bring a further round of fixes and QoL improvements to the game - and even some new content - to round off 2020.

All of us at Tripwire thank you for your continued support and patience. We hope to see you in Vietnam!

Please continue to report any bugs you discover by visiting our official forums at: https://forums.tripwireinteractive.com/

Rising Storm 2: Vietnam
1,002
172
Hotfixes 1.5.2 is live!
Oct 10, 2020
This is the second of several expected hotfixes for Update 1.5. This update addresses the remaining unprotected commands that were found in the 1.5.1 update that kept it from being a full proper shipping build. The team is working towards another hotfix in the coming days to address other player encountered issues that have been reported.

Rising Storm 2: Vietnam
732
188
Update 1.5.1 Is Being Deployed
Oct 9, 2020
This is the first of several expected hotfixes for Update 1.5. This update is a proper shipping build for clients and servers, not a debug build which accidentally shipped yesterday. The current plan includes another build tomorrow to fix several issues that were found in the testing of this build, and another hotfix in the coming days to address other player encountered issues that have been reported.

Thank you for your patience. Client and server files for this update are now live