Renovate & build II World War tanks. Experience highly detailed & realistic simulation game. Take tanks fully apart by using different tools. Transform them from rusty and ruined to fully working. Check them on the training ground, sell or put into your own museum.
-50%
$19.99
$9.99
Visit the Store Page
Most popular community and official content for the past week.  (?)
Motorcycle Mechanic Simulator 2021 out now!
Nov 17 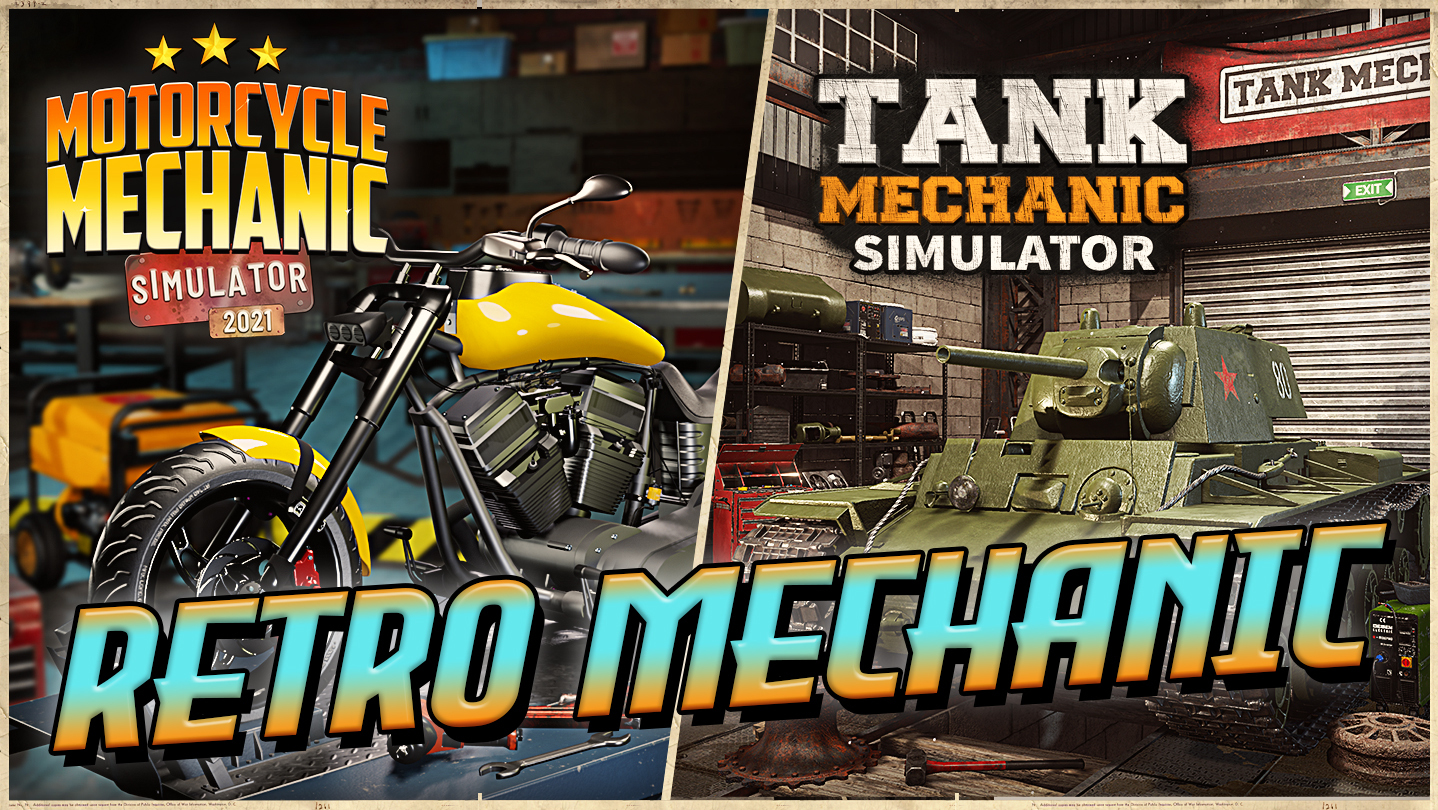 To celebrate the launch, we've teamed up with Play2Chill to bring you a bundle of our game with Motorcycle Mechanic Simulator 2021, and with that, you can look forward to a discount.

Check out for yourself what awaits you in the game!

Tank Mechanic Simulator
35
1
Common issues and fixes
Currently we are aware about two major issues and we have working on fixing them. We would like to ask you to hold your negative reviews and try one of the workarounds for the bugs: Crash at startup - https://steamcommunity.com/app/407130/discussions/1/1...
861

erdemtarhan0606
2 hours ago
General Discussions
[Suggestions] Attention, please post suggestions here
Game modules/ideas/tanks suggestions Hello mechanics, please feel free to post Your suggestions in this thread, we like to read Your ideas and to answer them ;) To keep this easier for us to read through, please add a prefix before the suggestion: - for game modules like a usable tool during the repairs - for tank suggestion - for an anegdote/tank story/crew story regarding a tank - for any other idea regarding the game If You post a sto...
1,814 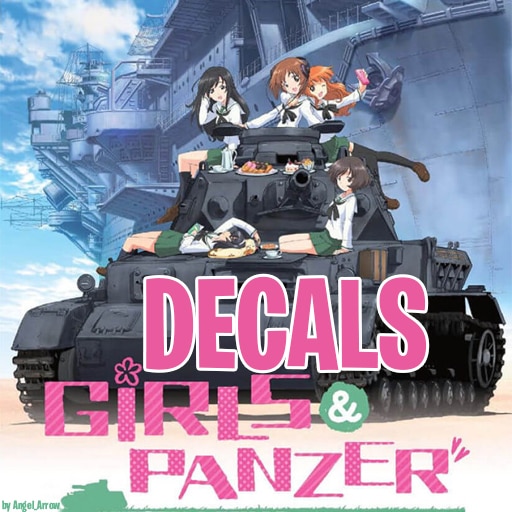 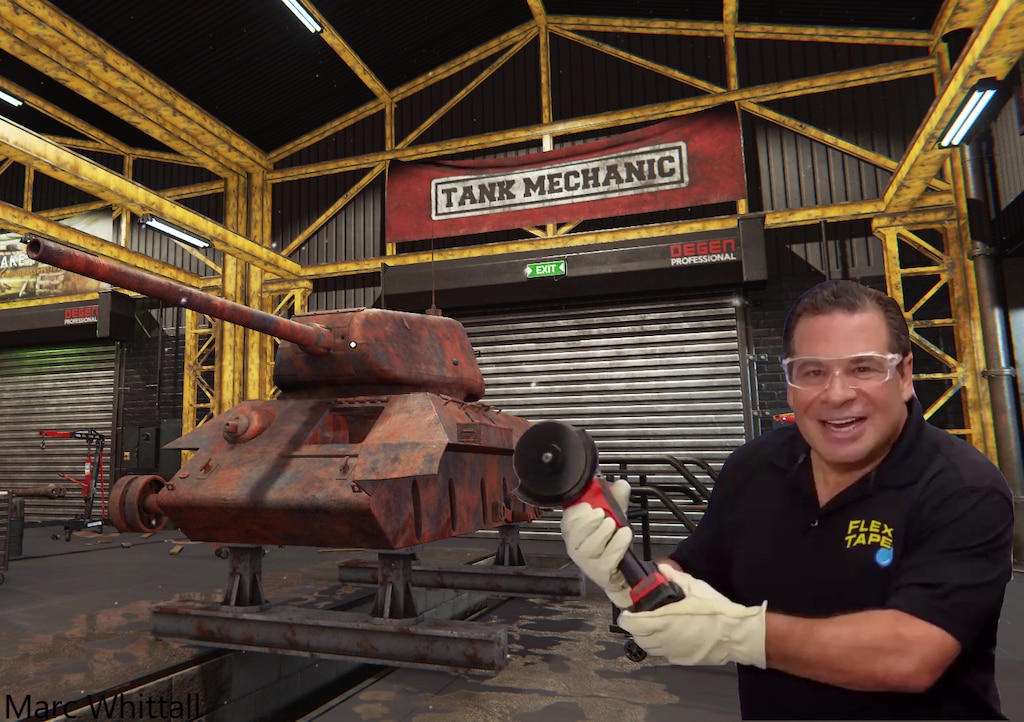 6
24
Phil has entered the game 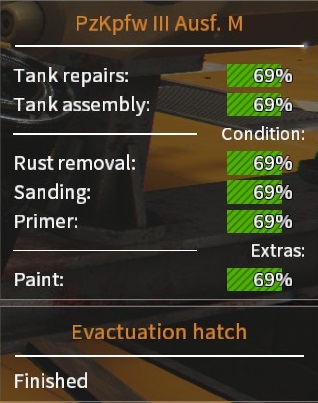 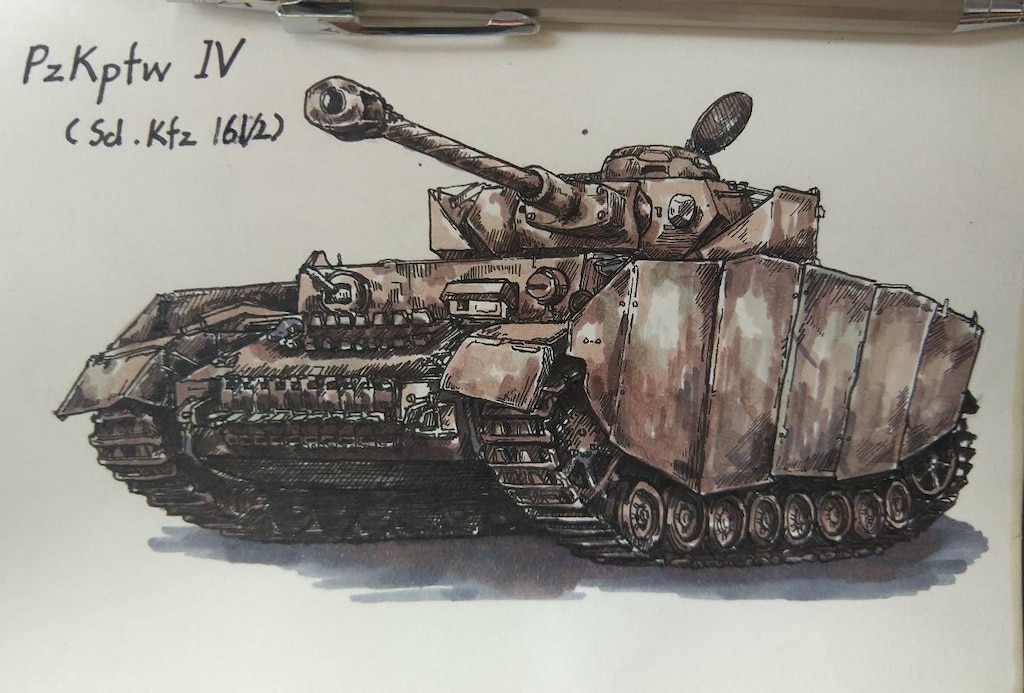 Dear Mechanics,
Welcome to our one hundred and ninth development status update.

Today's development status is special. We publish it a day earlier than usual, on Thursday, to celebrate with you Veterans day, Remembrance day and Polish Independence day. We would like to express our sincere thanks to the fallen and war veterans around the world. 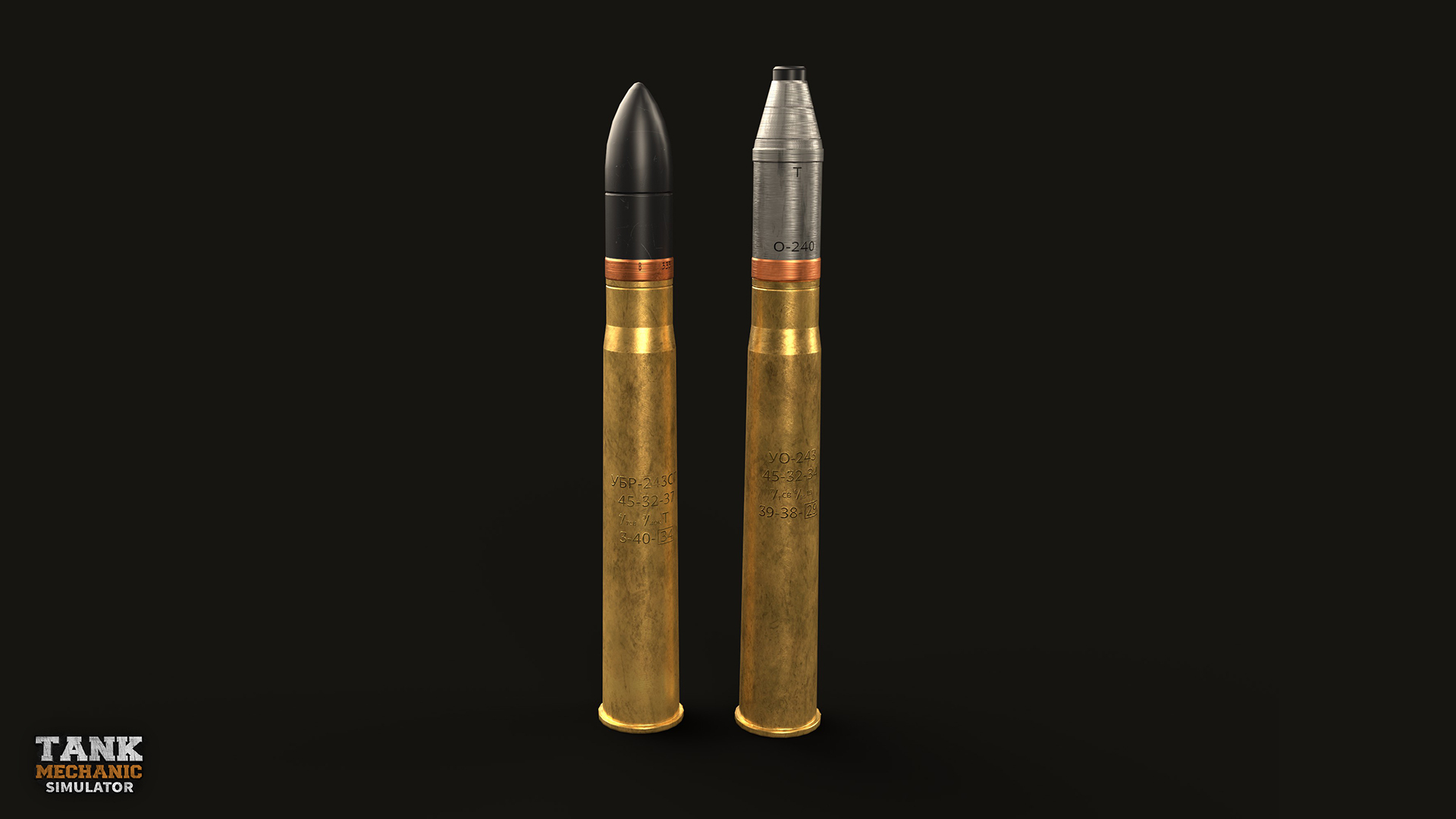 The tank gun 20-K was mounted in various early Soviet vehicles, and it was more than adequate in destroying German materiel. Rounds we'll be including in the game are BR-240SP armor piercing, being able to penetrate 73mm of armor at 10m, and the UO-243, a standard issue HE round. 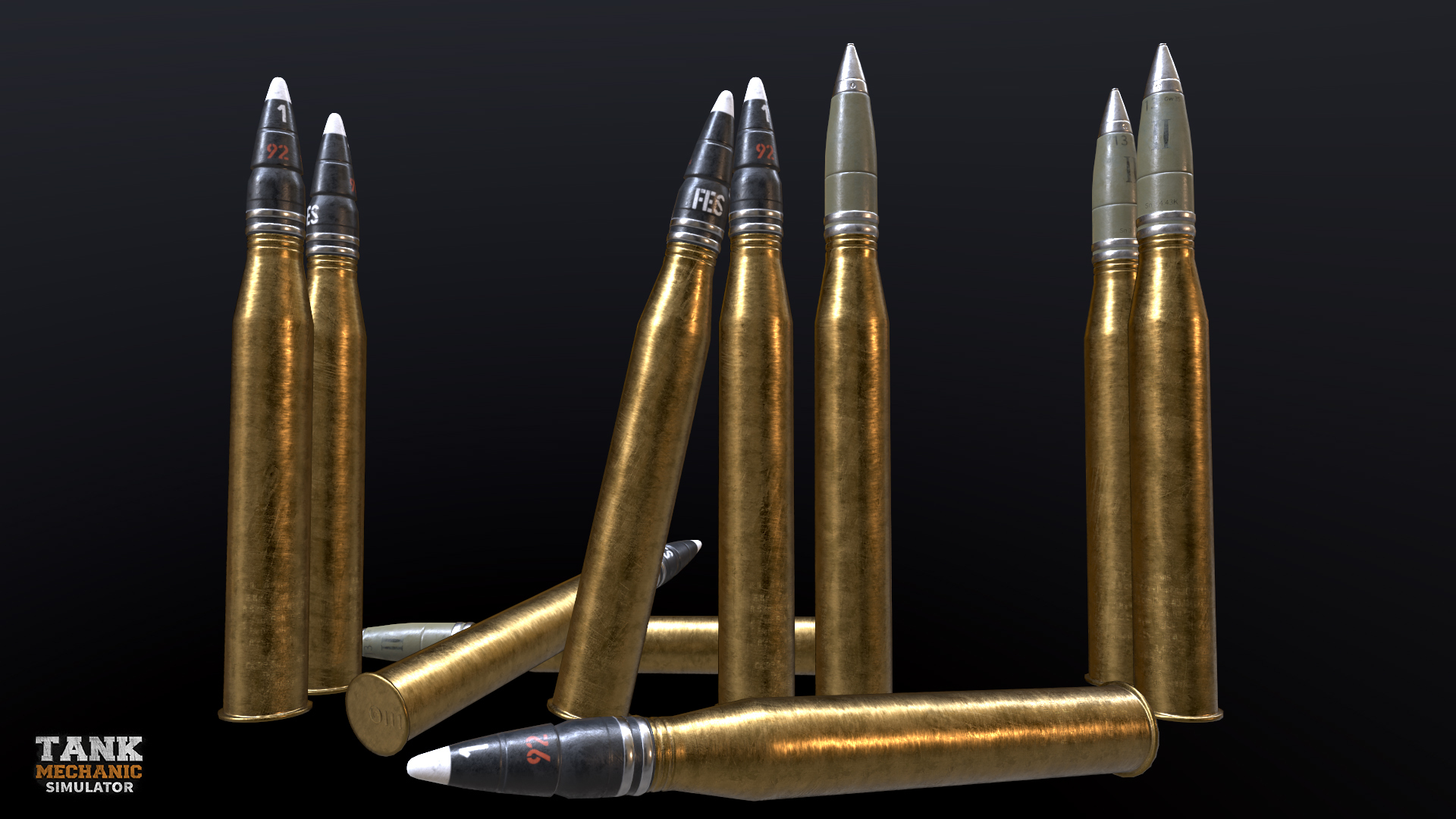 The almighty KwK43 cannon of the King Tiger used evenly almighty ammunition. Our game will be having the PzGr 39/43, penetrating an almighty 237mm of armor at 10m, and Sprgr.43 HE as well, for softer targets. 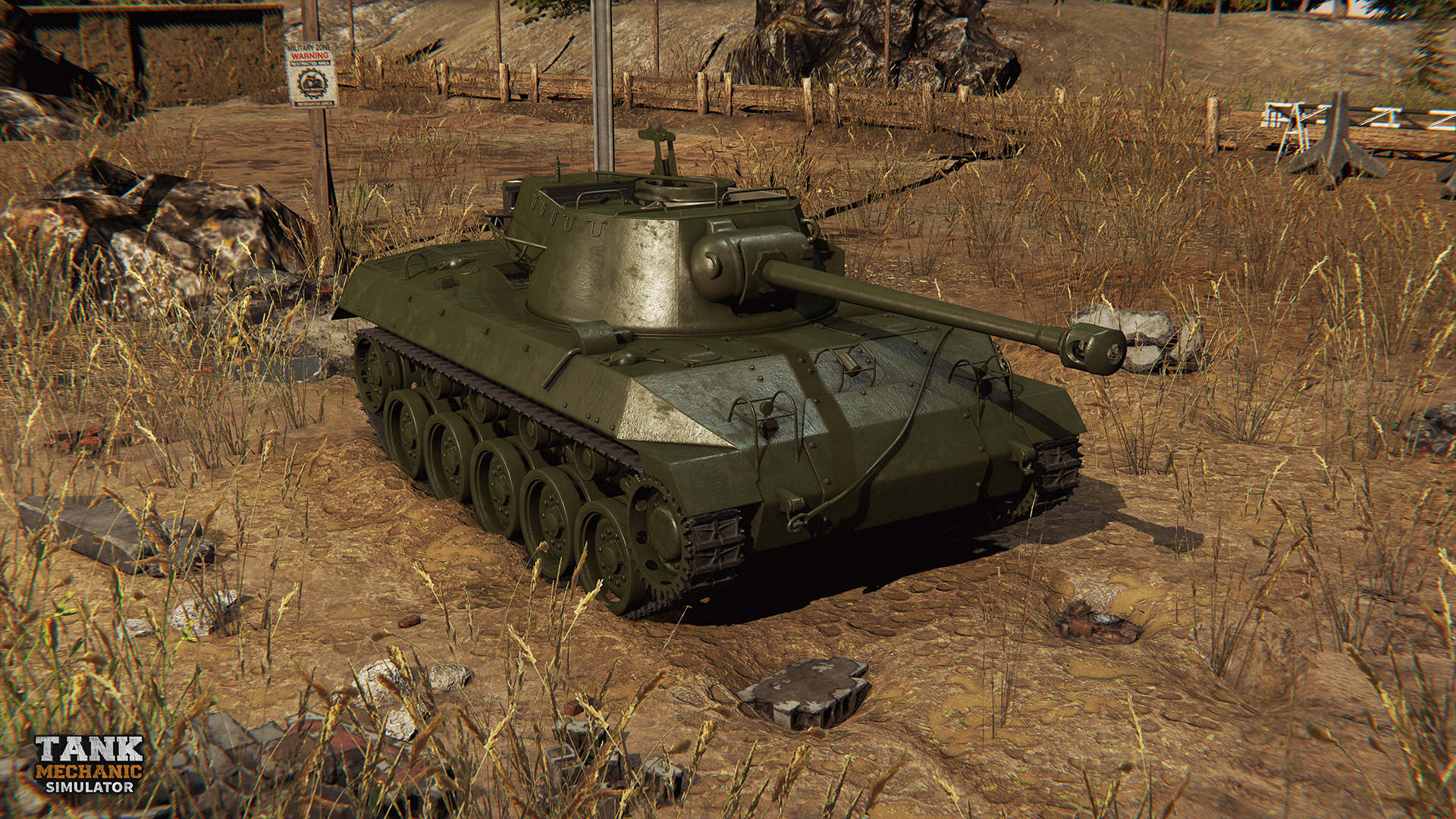 A US armored vehicle will soon be added to the evergrowing TMS family - M18 Hellcat Gun Motor Carrier! 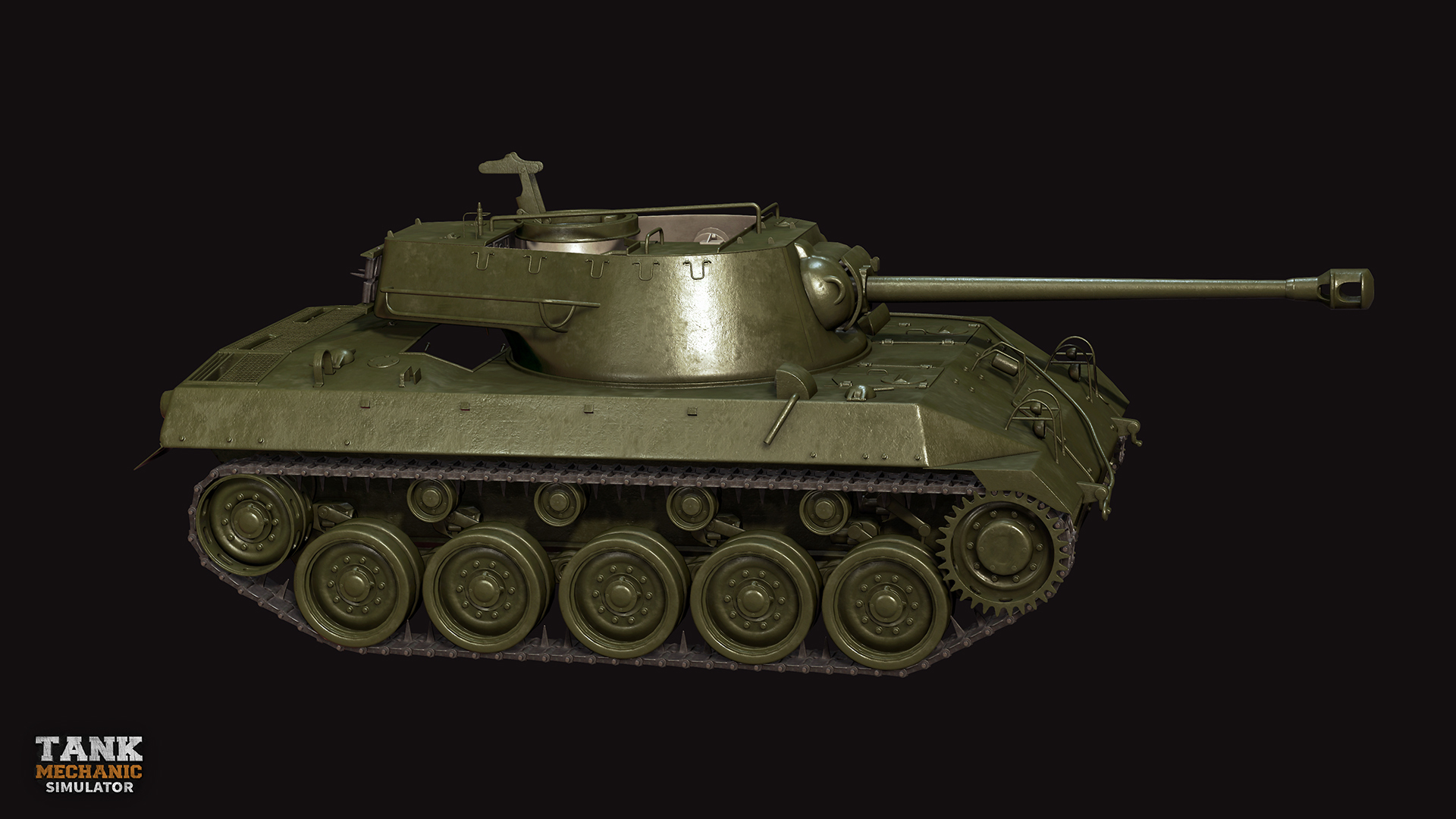 The vehicle was designed in 1942 and put up to production in 1943, Buick Motor Division produced around 2,507 of those, from July that year, to October of the next. The vehicle focused mainly on speed and armament, heeding no more attention than machine gun fire, which allowed the vehicle to reach ludicrous speeds. The armor all around reached from 4.8mm to 25.4mm (0.19-1.00 in). 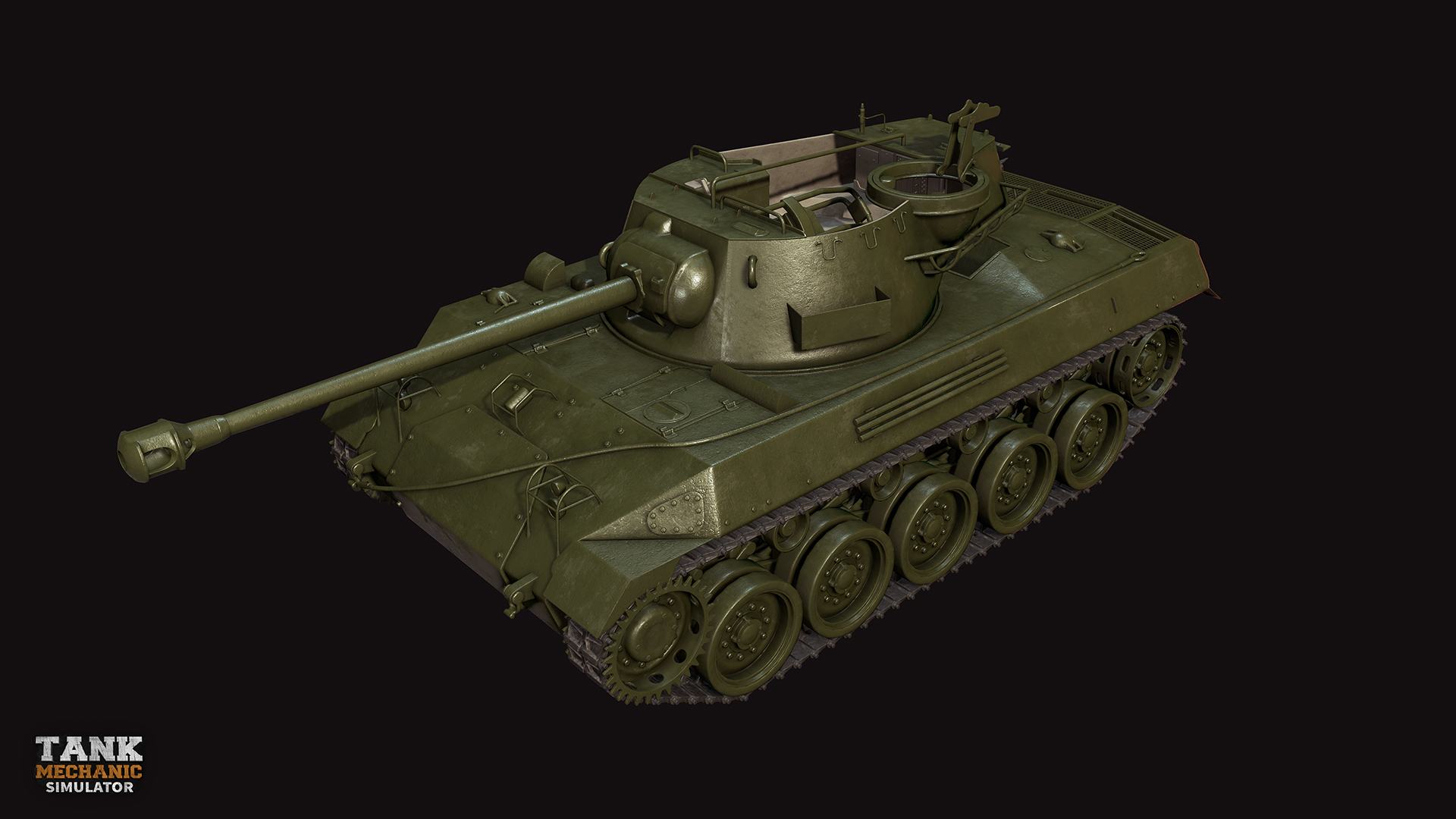 Talking about its speed, we cannot skip the engine. While mere 19 tons helped to propel this tank up to 89km/h (55mph) on roads and 42km/h (26mph) off road, the main reason for it was the Continental R975-C1 radial engine, interchangeable with the C4 variant, giving it additional 50 horsepower. Paired with the radial 9-cylinder engine was the 900T Torqmatic automatic transmission, a rare commodity for tanks of those times. 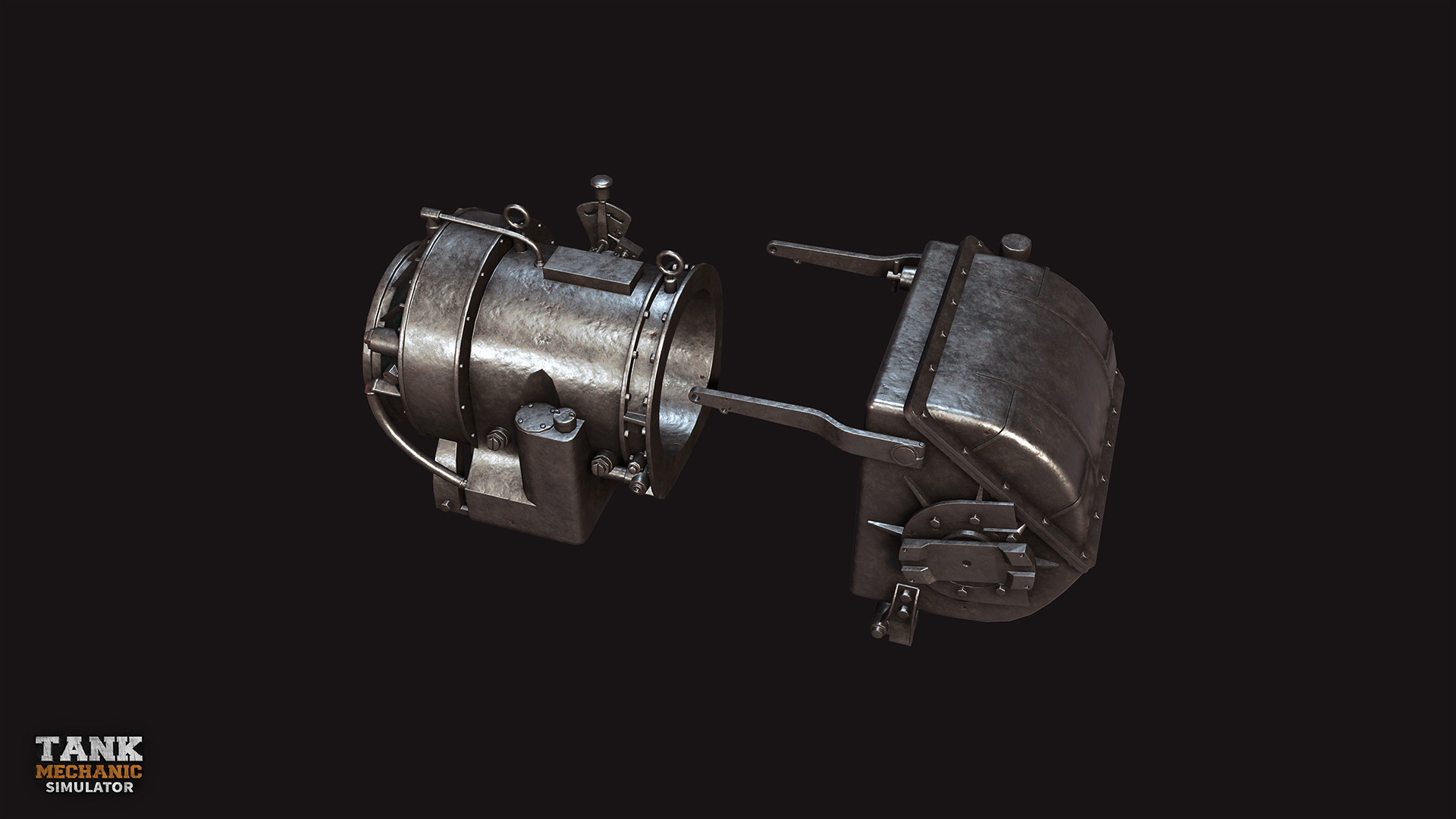 Another focus was on the armament, and it went into the 76mm M1 cannon, an incredibly dangerous opponent to the German armor. It had the standard 76mm ammo choice: APHE, AP, HE, along with APCR and smoke rounds.

The suspension was a fairly standard one, single torsion bar per arm, along with shock absorbers for certain pairs of roadwheels. It gave a decent ride for the speed demon's crew.

Thanks for all the support and have a good weekend.
DeGenerals 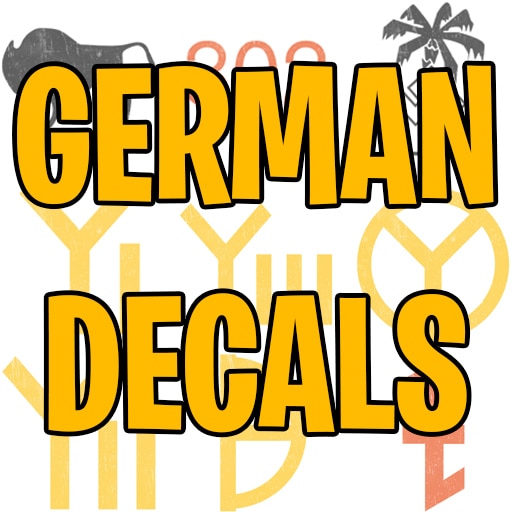 Museum Layout
A museum layout plan for getting your tanks organized.
72 ratings

[2021/11/28] Reference information about the game, Achievements
This guide provides reference information on the game and a description of achievements. Relevant for version '1.2.8'. English is not my native language, so do not find fault with the words. [url=https://steamcommunity.com/sharedfiles/filedetails/?id...
70 ratings 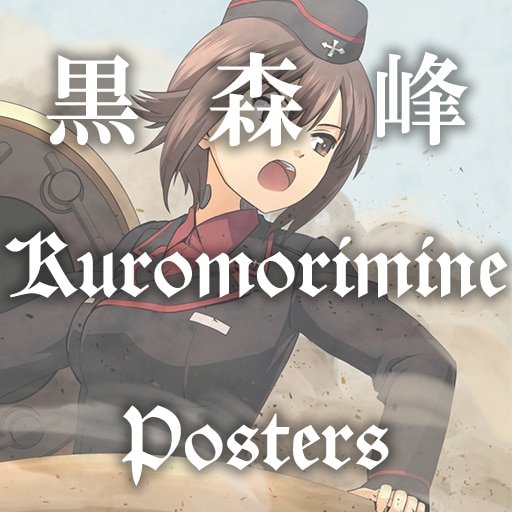 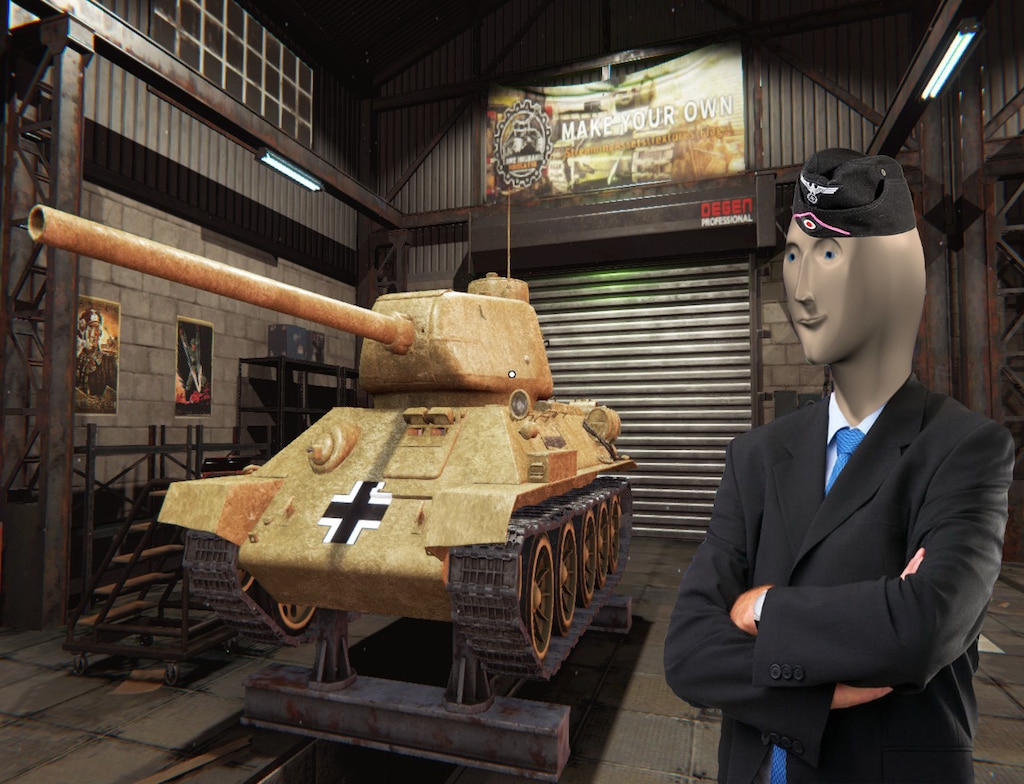 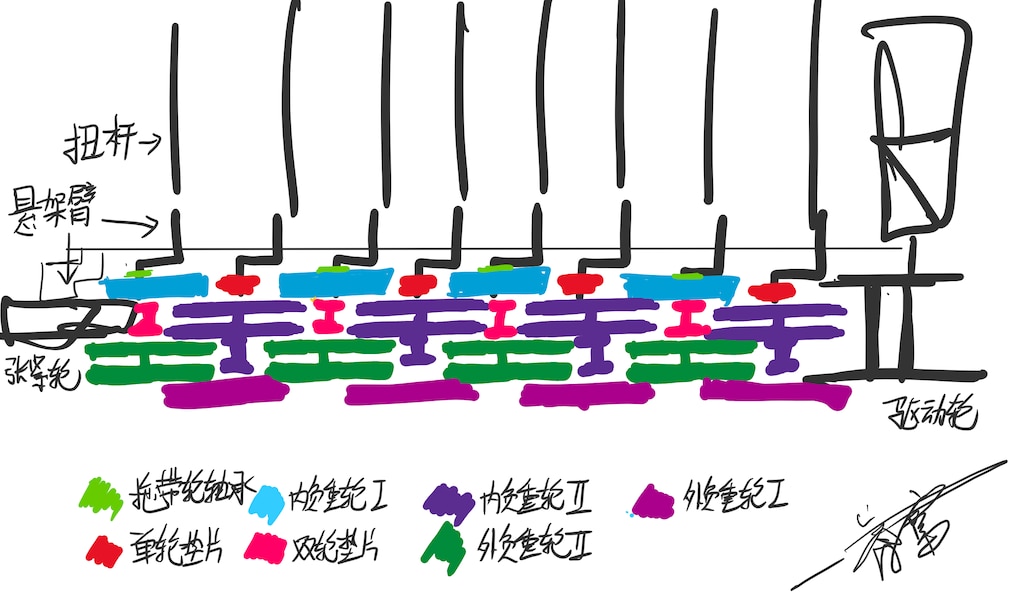 A List of collectibles (INCOMPLETE/UPDATED)
A list of collectibles you can find while digging up tanks, this list is incomplete so if you find any not on this list please let me know. First things first you find these while excavating tanks. Some can spawn in the hole with the tank when you locate ...
48 ratings 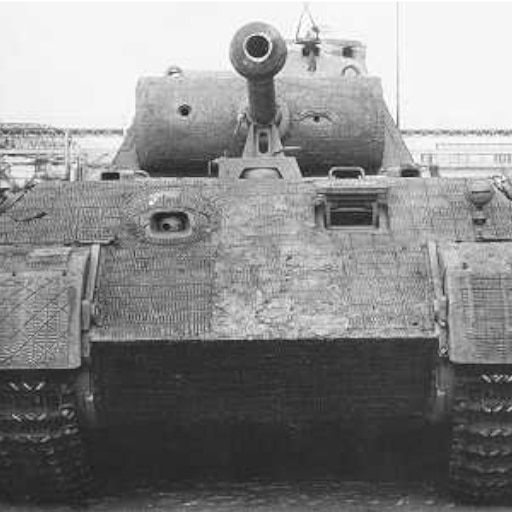 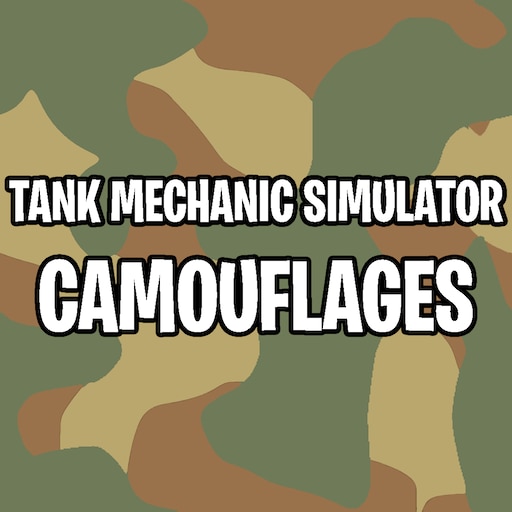 Dear Mechanics,
Halloween is over, it's time to bring the Tank Mechanic Simulator world back to normal! We got a lot of positive messages from you regarding our spooky update, we're glad we managed to surprise you and make this week more interesting!

MacOS version will be able to play Halloween Update for a little longer (to 08.11.2021) due to early issues and later release.

We are also aware of the problem with excavation during the Halloween mission. We are currently working to fix it. Unfortunately, it turned out to be a bit more difficult than we anticipated and it may take a while. Make sure you have the Halloween mission accepted and you will be able to complete it in the future and get the coveted Maus along with the achievement once we solve this problem.

Thanks and have a good one!
DeGenerals

Tank Mechanic Simulator
169
9
I ran out of money. Now what?
I spent apparently everything I had on outsourcing repairs to parts, took out a bank loan and spent that money too, but now I have three projects that I need money to get further with but I have none. Game over?
13

Buggy Boy
Nov 23 @ 6:40am
General Discussions
[QUESTIONS] Ask a question
Dear mechanics! This thread is perfect place to ask a questions about the game. We will be more than happy to answer!
118 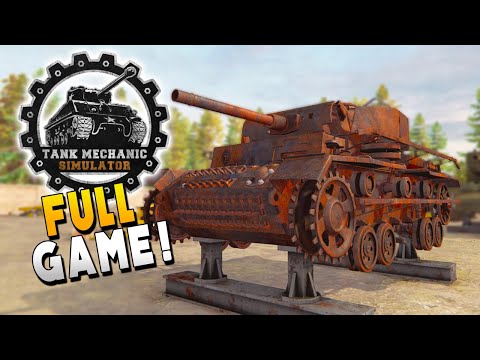 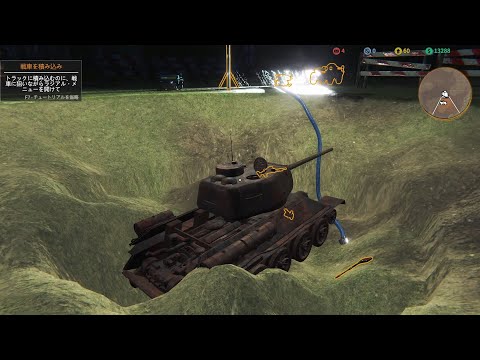 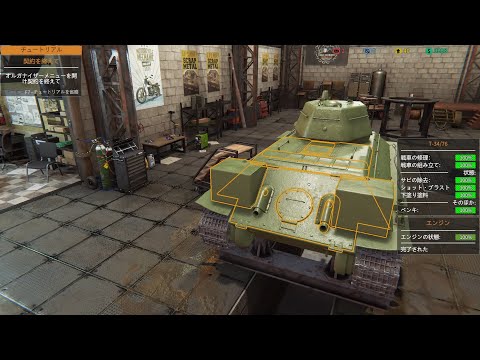 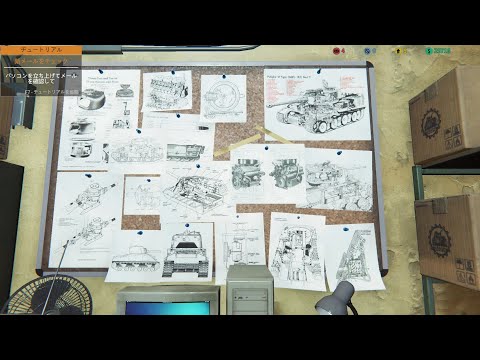 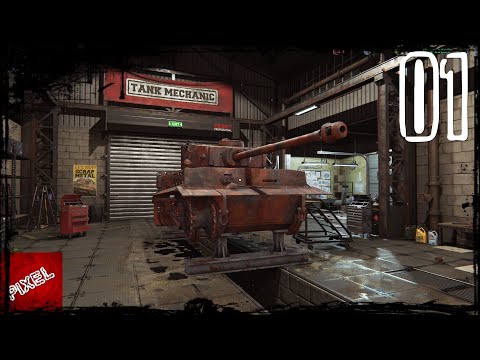 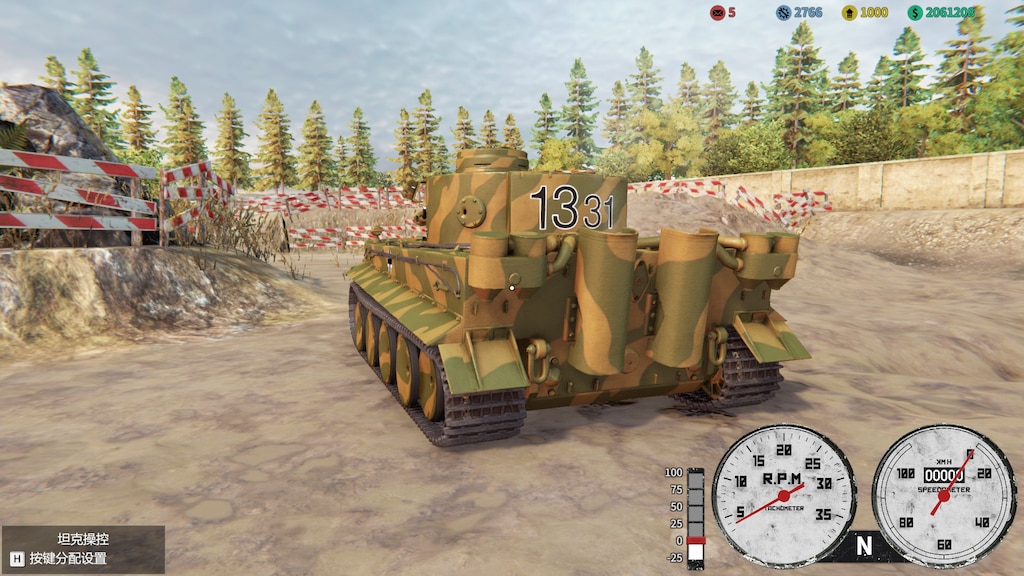 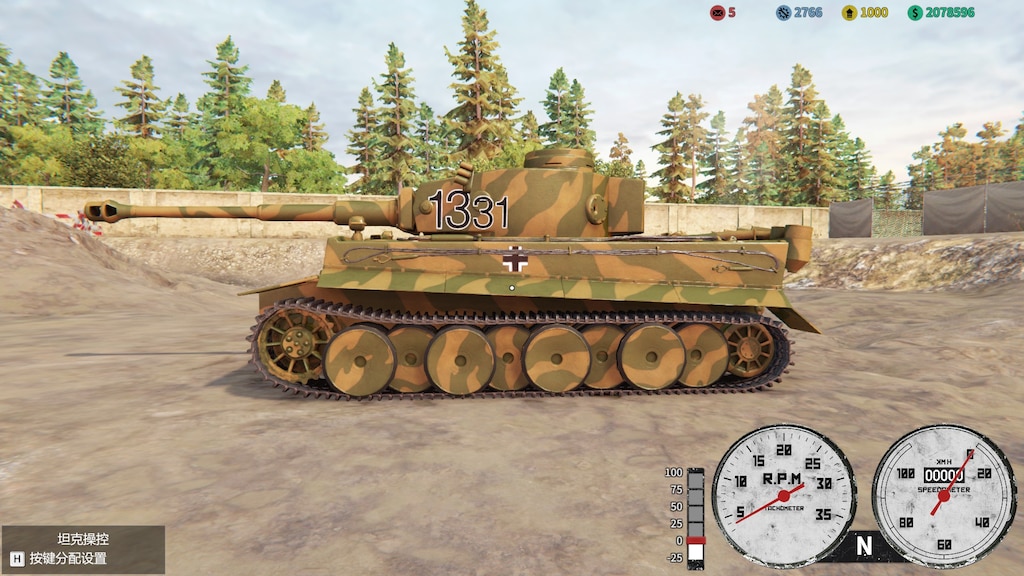 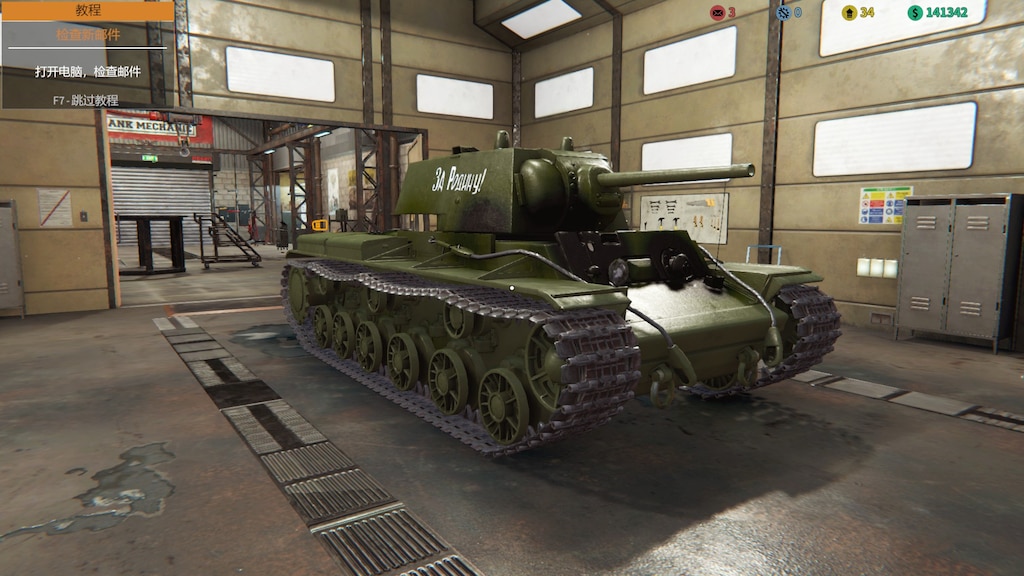 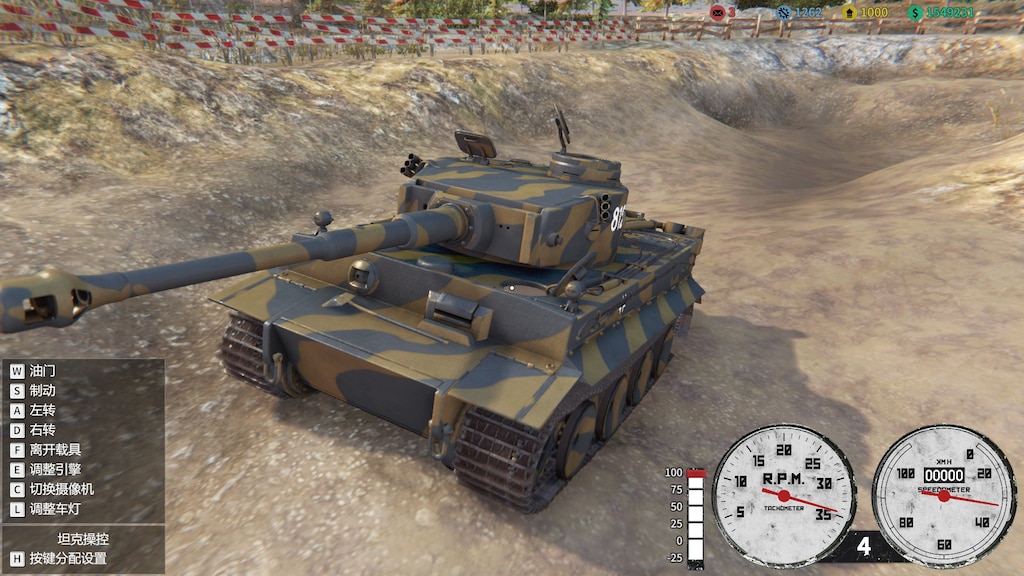 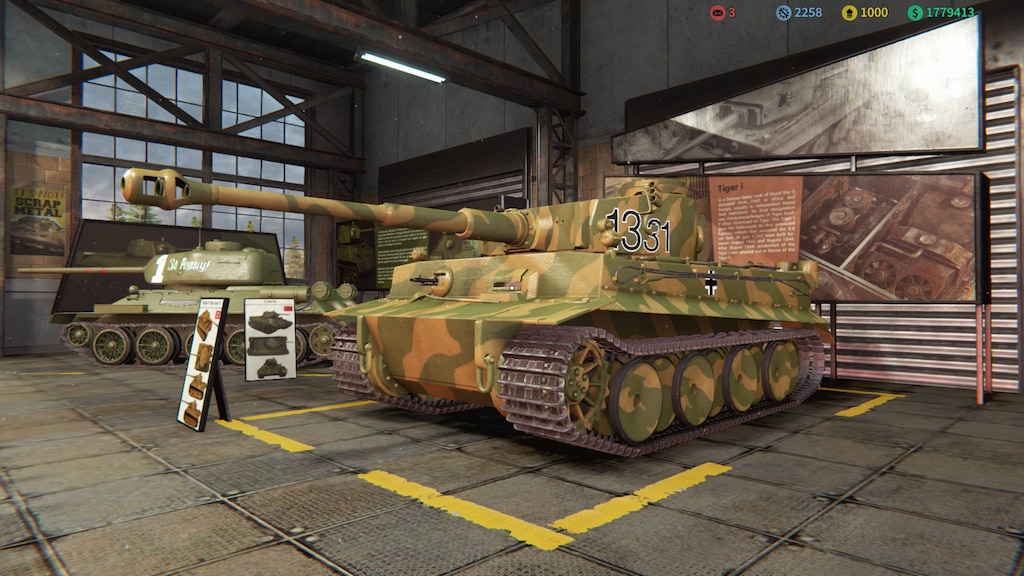 Not Recommended
17.2 hrs on record
It's unpolished, it's difficult to find specific tanks rather than just random halftracks, and janky at bits (such as extraction). It's fun for a bit but once you've done a tank once it's a drag and has barely any replay value, I would wait until it's on sale. Overall it really needs more work before I can recommend it.

(To the devs: less random wires and pipes at the bottom of the tank; the ability to dig faster for collectibles; and the option to purchase wrecks rather than just buying the completed vehicle would be great.)

Recommended
60.9 hrs on record
Nice detailed 3D models and satisfying gameplay especially when assembling parts. It really shows the amount efforts Devs have put into the game. Looking forward to the future releases of new tanks!

Recommended
30.7 hrs on record
If you want to know how old tanks looked like mechanically this is a game for you