NeuroVoider is a twin-stick shooter RPG set in a cyber futuristic world about brains shooting around evil robots with nuclear rocket launchers. Battle through the horde of vigilant robots, boost your character with the smoking remains of your victims, and defeat the master NeuroVoider.
$13.99
Visit the Store Page
Most popular community and official content for the past week.  (?)
[Roadmap] Stuff and issues we're working on
Welcome to NeuroVoider! This thread is dedicated to discussing the roadmap of the game. We hope to detail what we're working on to improve the game here. Feel free to drop suggestions! Current state : Steam: v57.13 PlayStation 4: v56....
87

MrHelmut
Mar 8, 2019 @ 2:43am
General Discussions
"Can't start game" known issues & solutions
Dear voiders, There are a few reasons which could make the game unable to run. Here are the ones we are aware of, solutions to these problems and/or the current state of their resolution. Important: if you would like to report an unreferenced iss...
83 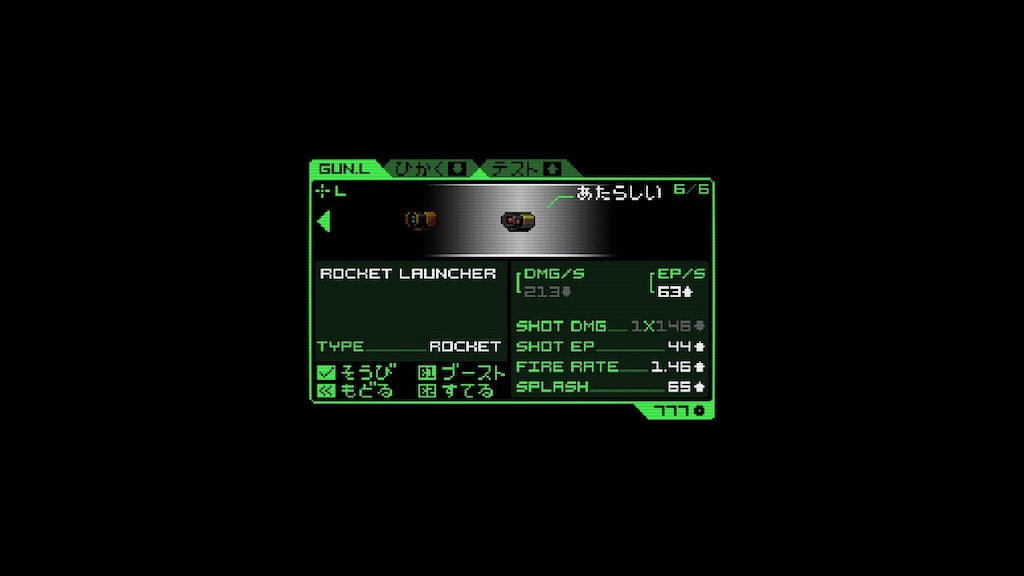 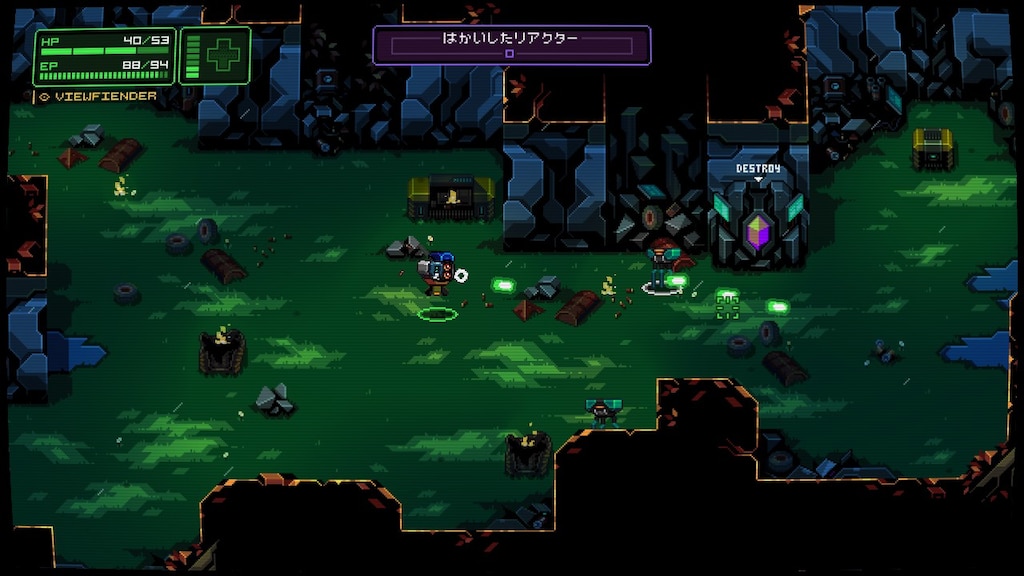 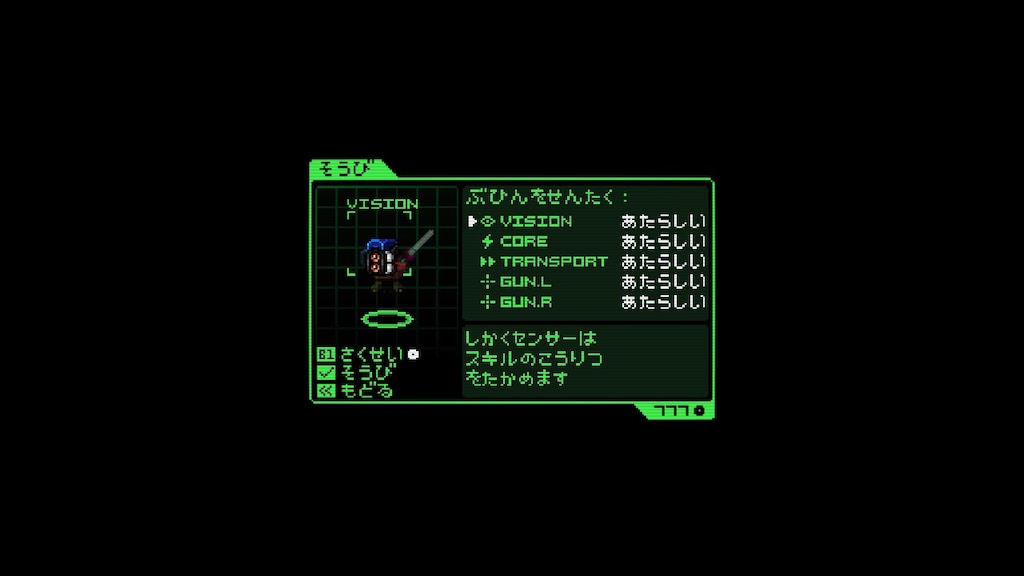 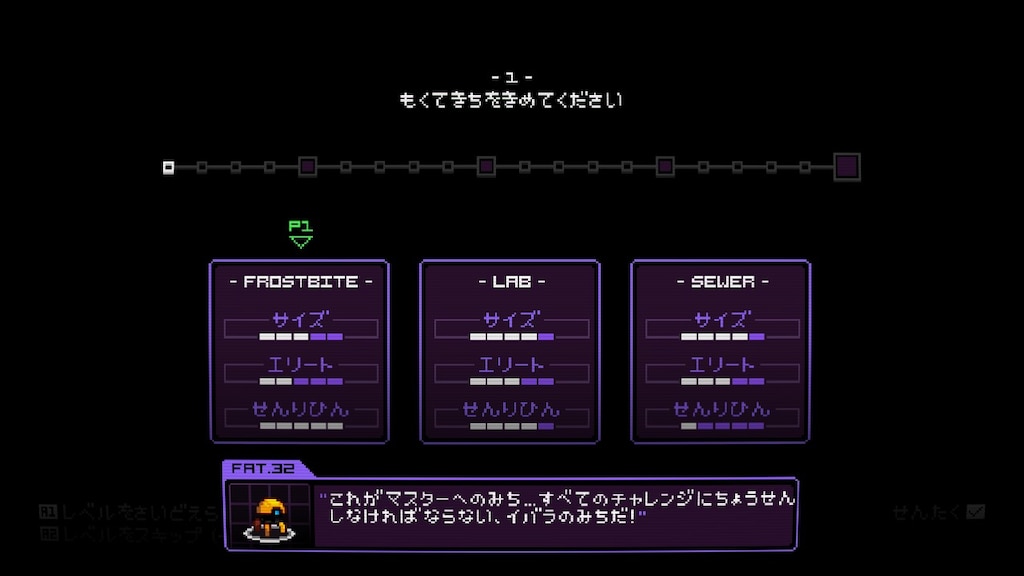 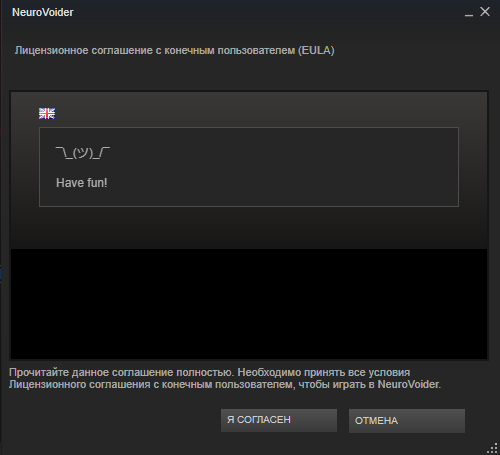 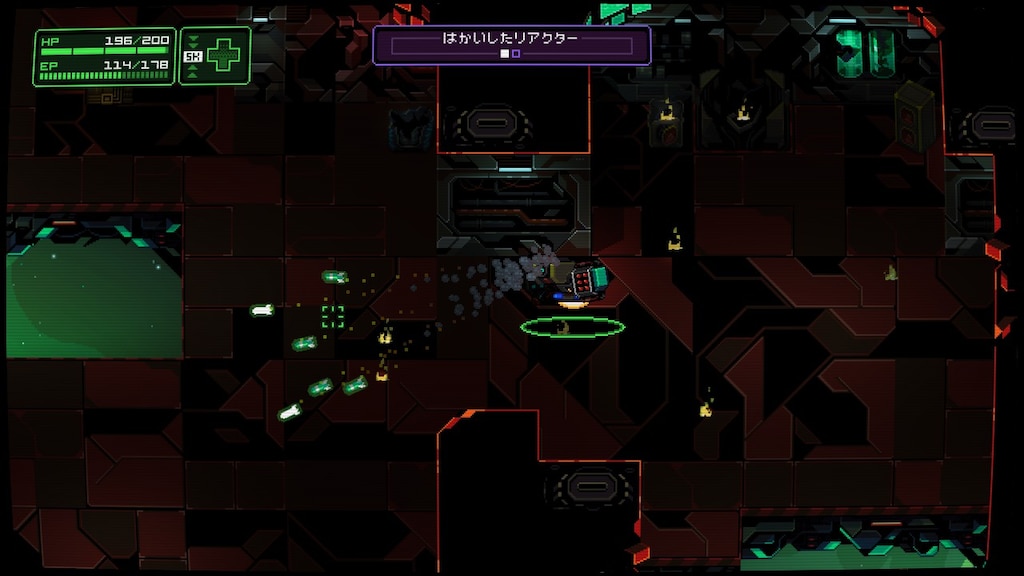 NV "Wiki" - All-Around Guide on everything I can figure out
Information on all the trivia and detailed stuff I can figure out in this game will be gathered in this "wiki" guide, be it classes, gamemodes, enemies, weapons, options and whatnot. "NV" are the initials I use for NeuroVoider. I love this game so far and ... 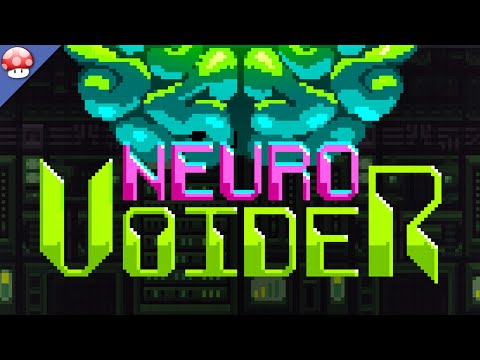 Beginners guide to NeuroVoider
This is a strategy guide to help you complete the game on Arcade at least once fully to help you understand the game and be able to plan your own strategies. If you keep dying at the first boss, then guide will definitely help you bring back the fun in ...

Recommended
4.9 hrs on record
Do NOT recommend this game. Buy with extreme caution and only when on sale! It's not worth it's asking price. It's really not even worth it's on sale price either.
While I am still giving it the blue thumb of approval which I'll explain later, it's a very flawed action roguelite. With that said, I have played it quite a lot on my Nintendo Switch over the years BEFORE other, more superior action roguelites arrived on the console--namely Nuclear Throne which up until recently with the release of I, Dracula: Genesis was my favorite action roguelite. This game scratched the roguelite itch for me on the go--sorta..

So much potential gone to waste!
What really pains me about this title is the potential it has that the devs never capitalized on it for whatever reasons (hopefully damn good ones!)--instead opting to leave it and move on to other projects. If the devs spent a little more time on issues like balancing, some boss variety, some more level types and some tweaks to the gameplay, this game could of easily been a major indie hit and would of been one the best action roguelites.

Let's just start off by talking about what's right..
For starters, it's incredibly fun to mesh robot parts together to build your own robot suited to your playstyle. The music in this game is some of the best Synthwave in any video game to date, period. There is a great amount of weapon variety and forms of transportation ie. hovering, riding treads, walking spider legs, ect. The loot is style is like that of an arpg being abundant with varying levels of rarity colored to tier with epic/legendary drops that similar to that of ARPG's like Diablo. Gun play is actually decent with semi-accurate hitboxes, not perfect but I've experienced a lot worse. Some of the robotic equipment you can wear can be adorable or badass looking, like a helmet with a smiley face on it--gives your toon some personality. And oh. That's all...

Hope you have some time! Let's talk about what's wrong with NeuroVoider. Short Answer: TOO MUCH!

This game has like 6 level types, sewer, furnace, graveyard, frozen area and a special 'dark' level then the boss level (which there's like 4 bosses and they all use the same one). There should be a bunch more enemy types in theory since they can randomly use whatever part in the game but it feels like there is 3--1 small, 1 medium and 1 large enemy. Music--said it was the best Synthwave, well it is.. all 6 tracks--1 for each level! So like everything else that's repetitive, the music is too.

Each boss is the same and is literally a seemingly broken down train cart that's sitting on the rails shooting at you. It doesn't move. It doesn't change attack patterns. Just sits and shoots. It's the most boring bosses I've ever fought in ANY game and each one you encounter is the same! Each one. Oh and when you kill the boss, you get peanuts for rewards. It's anti-climatic to say the least. Like watching 400 laps of Nascar or paint drying, or weeds growing or just staring at the sun until you can't see anymore. You may actually just end up wanting to star at the sun until your eyeballs explode if you play this game for too long, it turns you into a masochist.

Moving on. Navigating the menu's are clunky to say the least. After each level completed you need to dig through menu's and sub menu's to equip found robotic parts to your head, chest, legs and weapons or scrap found parts for currency. The way they are presented is cumbersome and managing upgrades is worse when scraping items or forging new ones making arguably the coolest feature they have going for them that's unique and exciting--building your robot! an absolute chore that is simply not fun. I kid you not, upgrading your robot feels like punishment in this game but it's needed if you want to continue beating levels.

Are you still with me? Good! I'll try to wrap this up.. there's just so much wrong!
Controls wise, it feels like Nuclear Throne but that's about where the similarities end. This game mostly clunky when you manuver around. Devs didn't even factor in that when you use hovering as a form of transportation, for it not to account certain environmental hazards like ice. Yes.. when you are hovering above ground and fly over ice, you lose 'traction' and slide off in the direction you were travelling. Makes no sense and is just an another example at lazy dev work.

And I almost forgot.. the nail in the coffin. The loot! The whole reason you play the game, to find or make the best loot is fundamental flawed and unbalanced, just like everything else. The coolest loot in the game you can find is 'glitched' or 'corrupted' robot weapons. They have cool names like 'Harbinger of Destruction' and whatever the loot looks like has a awesome 'glitching' animation to it that is fun to stare out and makes these legendaries appealing to find and wear. Unfortunately they are all trash and not worth equipping.

All legendaries in this game do is depress the hell out of you. Unless by chance you get one at the very start of the game, you'll just scrap them--into nails.. to put into the coffin so that you can bury this title and never see it again. It's just a travesty.

I am just going to stop here, you get the point. This game is so deeply flawed and unbalanced, you really shouldn't buy it unless it heavily discounted or are like myself and just really love Synthwave music and robots which is the only reason I still touch this title on both PC and the Switch. I admit, every now and then I do like to play the game, it's kind of a weird fetish at this point or something.

Bottom line. I do not recommend this title despite giving it a positive review. 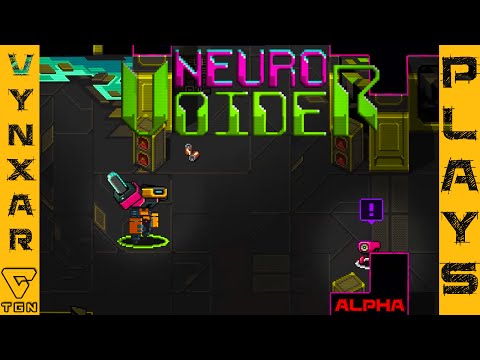 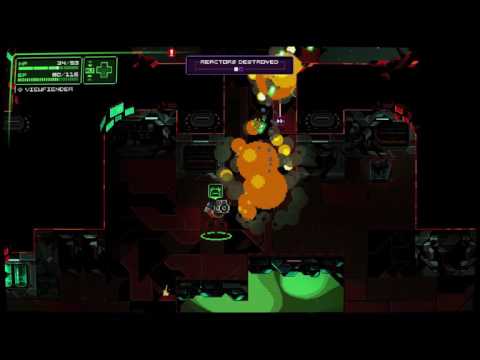 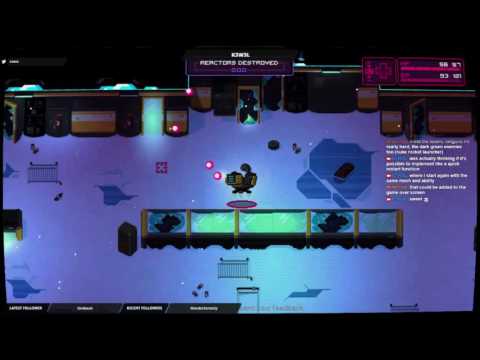 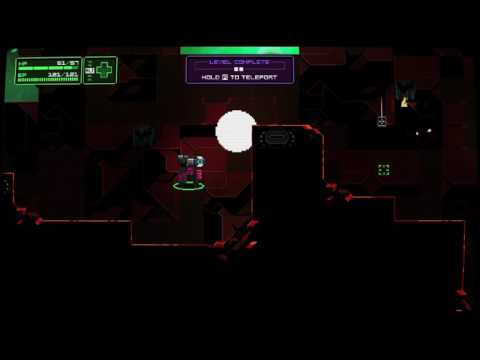 nerdcommando.gamestudios
View videos
Has any one had any virus warning on NeuroVoider?
I got a virus alert on installing Neuro Voider. I got this alert Trojan:Win32/Ludicrouz.V for D:\Program Files (x86)\Steam\steamapps\downloading\400450\NeuroVoider.exe. JW
14

Jenn Eris
Dec 10, 2018 @ 2:57am
General Discussions
free key
got this game from humble bundle, doesnt look like my cup of tea iam sure its a good game, so if you can figure out what the last digit is the game is yours 6M44T-TGVH2-PD7R?
13

Annie
Mar 30, 2019 @ 11:58am
General Discussions
BUG: 1up powerup not working
When you start a new game, you can choose between various powerups. The 1up powerup supposedly gives you a second change if you die. Well, I have done 3 runs now with the powerup, but every time I die, I go game-over. Please fix the powerup, or explain to me how to use it....
10

Recommended
4.2 hrs on record
This a great rogue lite game, If you like binding of isaac or enter the gungeon , then this is going to be a good choice for you.