Embark on an adventure in a gothic-noir world, where mad science threatens the peace between monsters and mortals. The Incredible Adventures of Van Helsing: Final Cut is definitive edition of the trilogy with six playable classes and a new endgame mode with a huge variety of open missions!
-90%
$44.99
$4.49
Visit the Store Page
Most popular community and official content for the past week.  (?)
How does rage/powerup work for Constructor?
Just started the game and I'm confused about the rage system/powerups on the summons for a Constructor. Honestly I'm confused about the entire system and how it works. I read the in-game tooltips and also did a search in the forum but I'm still not sure how it's actually used. Rage builds up from killing, I get that. Then you assign the powerup to a skill. Then what? If I put 3 levels of the increased damage powerup on my melee spiderbots, does it just automatically apply extra damage every time they...
2

IAVH: Final Cut Hidden Content Guide
Trying to document as much of the hidden content in the game as possible while remaining spoiler free. The hidden content will be listed, but the solutions to find it will be under spoiler tags, for those who wish to find it themselves.
297 ratings

Deo
View all guides
[MOD] Van Helsing Enhanced: An Overhaul And Bugfix v9-2 Out Now
Current Version: v9-2 Authors: ILL-, WareBare, And A Cat Disclaimer: The authors keep no responsibility for any loss of data or errors that occur while using this mod. This mod changes several game files which may cause errors I am not aw...
1,423

Protector of Borgovia
A guide from experienced Protector to younger knights. For Borgovia!
120 ratings 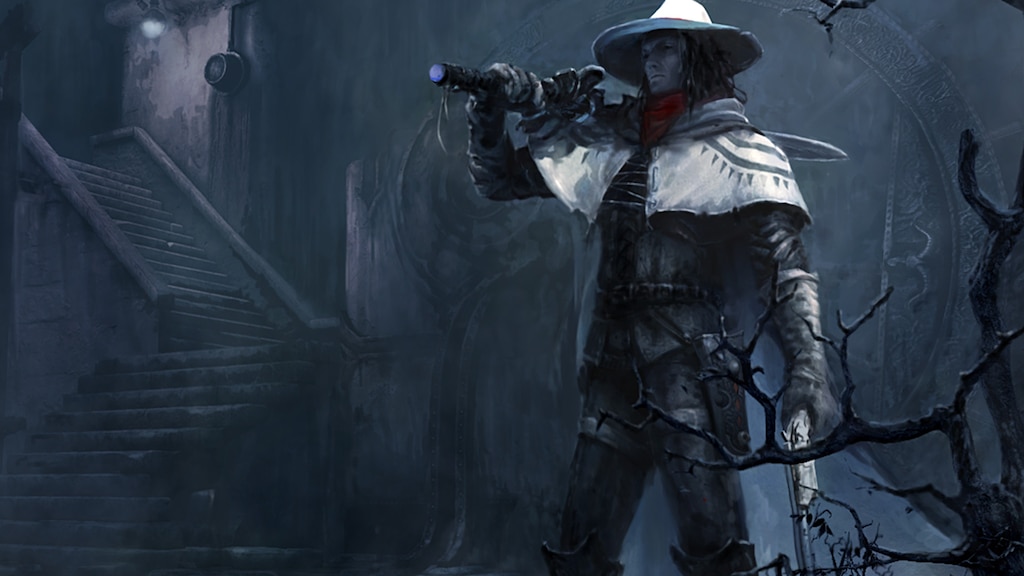 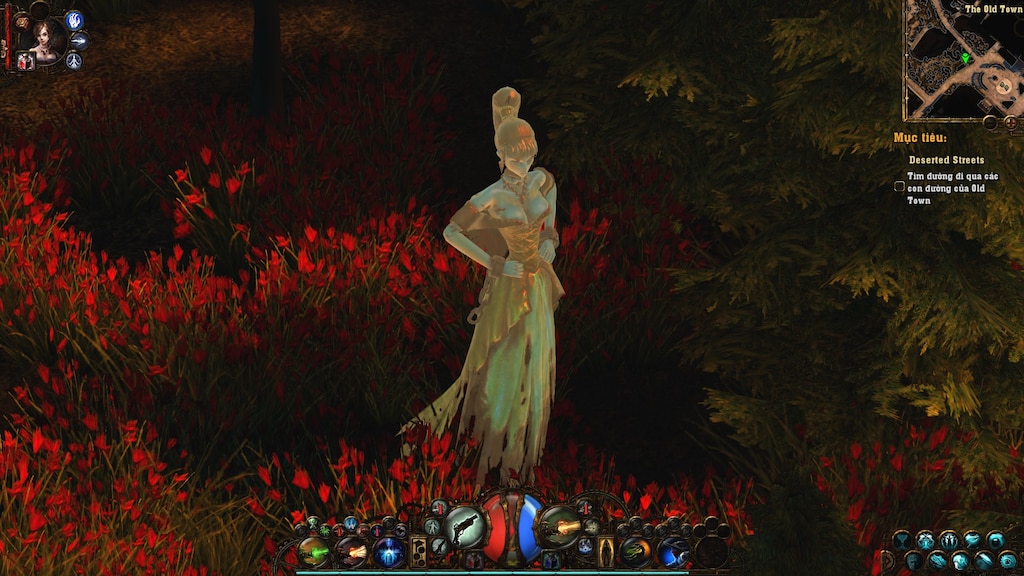 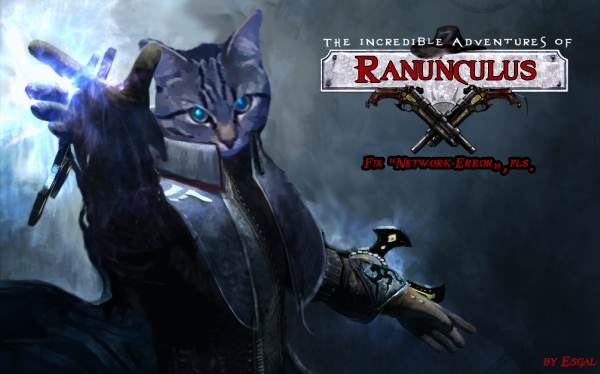 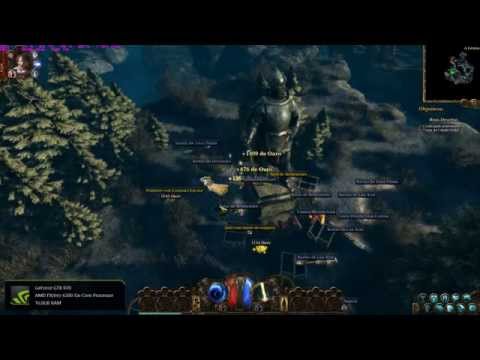 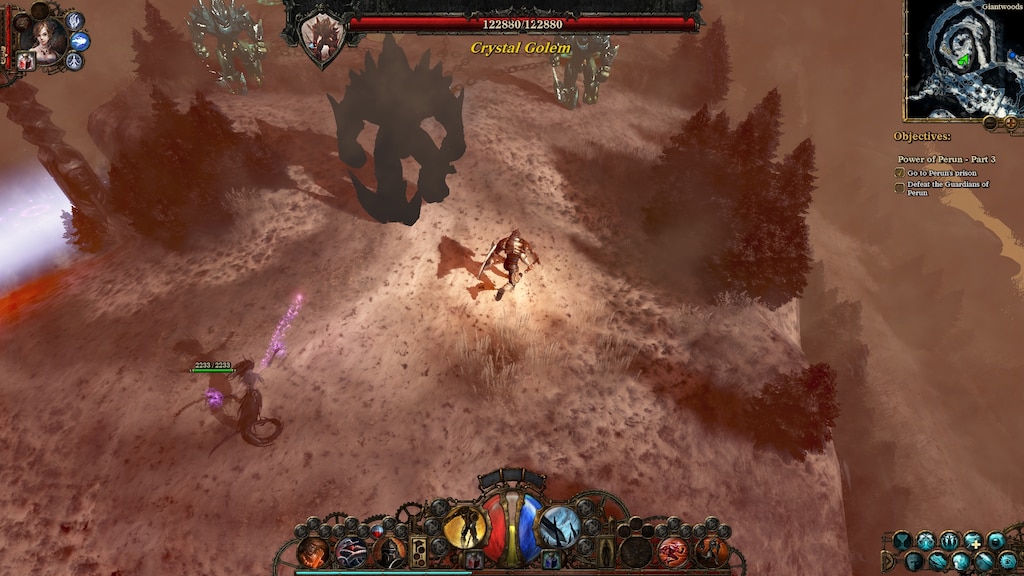 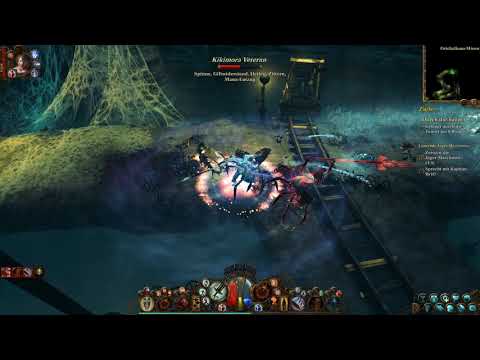 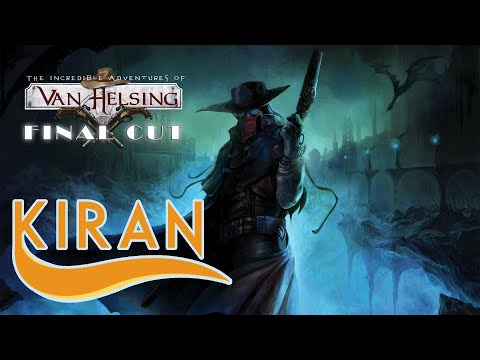 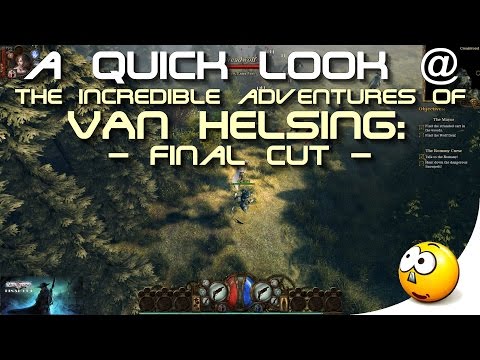 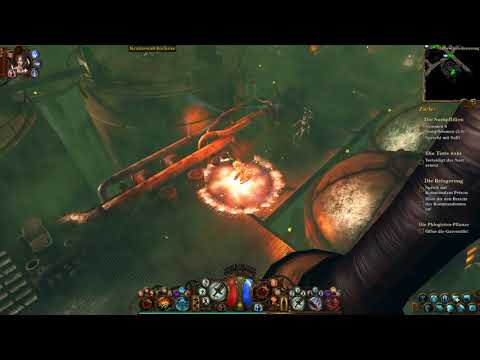 Michael M.
View videos
Why do Final Cut buyers not get the originals too?
I see discussions about how owners of the original games can get Final Cut for free, but it looks like Final Cut owners have to pay for the originals if they want to experience the differences between originals and the Final Cut. Why?
7

Spiked Wall Man
Jun 27 @ 11:14am
General Discussions
[IMPORTANT] Redeem your Free Final Cut here!
Welcome, fellow hunters! As a reward for our true fans, we are gifting the entire game for those brave adventurers who already own the full Van Helsing trilogy. To redeem the free game, go to http://neocoregames.com/redeem/auth.php and log in with your
994

Recommended
61.6 hrs on record
I became a fan of Neocore's amazing games after discovering Inquisitor in one of Steam's suggested games lists when I wasn't sure what I wanted. I looked at the screenshots and video and decided it looked like a good romp, so I bought in and now I can never get those 100s of hours back. That's okay, I don't want them back. I had more fun playing that game than most in a very long time.

Then I saw in the discussion boards that Inquisitor was built on the same engine as Van Helsing and my curiosity was piqued. A steampunk goth ARPG set in Eastern Europe that draws upon late 19th Century literature to create a wildly creative environment that sets itself apart from the cookie cutter fantasy tropes most RPGs are mired in? Sign me up! Once again Neocore delivered, and Van Helsing: Final Cut has dragged me in the same way that Inquisitor did, with endless hours of gore splattered monster slaying, towering mountains of enticing loot, and darkly witty story telling that's uncommon in a genre that's mostly about "click and pick" until your eyes glaze over.

Van Helsing has so many references to popular horror, comedy, sci fi and numerous other genres that you find a new subtly woven reference every ten seconds, and they never cease to delight. I literally cackled with joy when I came across a scene of carnage and my spectral companion expressed disbelief that a little white rabbit could have inflicted such horror on the world, only for Van Helsing to assure her that in fact it could. Monty Python references in an ARPG? Nice work Neocore, nice work indeed!

Far from being a simple clickfest like many in the genre, the only such games that compete with the enjoyment I have found this game provide are the other by the same developers and the now famous Grim Dawn. Just enough variety to keep the game engaging, but simple enough that you don't feel bored trying to decide how to contort your fingers across the keyboard in such a way you can actually hit every key. There's a tightrope to walk when designing the interface of this genre and Neocore knows how to hit the sweet spot.

The packaging of three games into one long narrative, with the addition of a free high res texture pack, makes this game a deal at almost any price. There is more content here than you could exhaust in a life time, as the new challenges keep getting generated and your achievements spiral into the sky, building abilities on top of statistics on top of loot that you can customise, blend, enhance and perfect until your gear and your build meld together in a synergy that turns every action into a storm of destruction from which the sea of monstrosities cannot escape.

The game takes you along the fictional career of Van Helsing's son, walking in the footsteps of the famous vampire hunter brought to life by the writing of Bram Stoker. This game details the adventures of a man trying to live up to his father's enormous legacy while also stepping out of the long shadow he casts on the world of monster hunting. Every class is unique, offering six completely different ways to go about cleansing Borgovia of the many blights that have descended upon it, leaving the people terrified and outraged, and in desperate need of a hero to bring light to an ever deepening darkness.

The visuals are amazing given the age of the game, updated by the new texture pack even mediocre systems will run Final Cut with full specs without straining your hardware. The art is beautifully stylish, with the brilliant colours practically leaping off the screen, utilizing a palette that somehow evokes both a playful fantasy world and a grim darkness that are difficult to blend. The sound is delightful, with steam hissing, electricity crackling, and old timey guns thudding loudly as the many creations of Mad Science explode in a rain of abominable blood and guts. The controls are sharp and reactive, and the customization options allow you to set things up however best suits your build, each of which has different strengths and demands to accommodate.

The most remarkable thing about Van Helsing is the setting, a world of Mad Science where magic, technology and the unthinkable all swirl together to create a space quite unlike any other I've experienced in gaming. With appearances by many notable figures of the late 19th Century, including eccentric genius Nikola Tesla, every part of this world connects to something lovers of Enlightenment Age literature will find themselves grinning at like an insider joke only the initiated can truly enjoy. What more could you ask for than a game where Tesla himself provides you with new a creative means to dispatch horrors rarely spoken of in the last two centuries?

Van Helsing: Final Cut is a game that might well have been written by the greatest authors of an age, taking you down a rabbit hole of lore that breeds the familiar with the unique to deliver content the likes of which might never be seen again. While the ARPG genre is painfully oversaturated with low effort contributions and greedy casino mechanics, Neocore manages to set themselves apart by gifting the discerning player with something they can't find anywhere else and never reaches into your wallet to unlock the gates of victory.

The Play to Win executives of the AAA studios should be shaking in their boots at the rise of Neocore, a small European studio that's setting themselves apart by creating games drawn from deeply literate historical references that still offer an undeniably unique signature. They're engaged with their fanbase, responsive to the needs and desires of players, and make a superior product for an unbeatable price that packs more value per gigabyte than the entire spectrum of corporate crunch factories put together.

Set your time machines for a golden age of literature and science, choose your weapons, befriend a spooky deceased noblewoman and go hunting for horror. Where many games make you fear the unknown, Van Helsing inspires you to kill it, and never runs out of dry witticisms delivered with impeccable timing as the chunks rain down and the blood flows like sweet Borgovian wine. 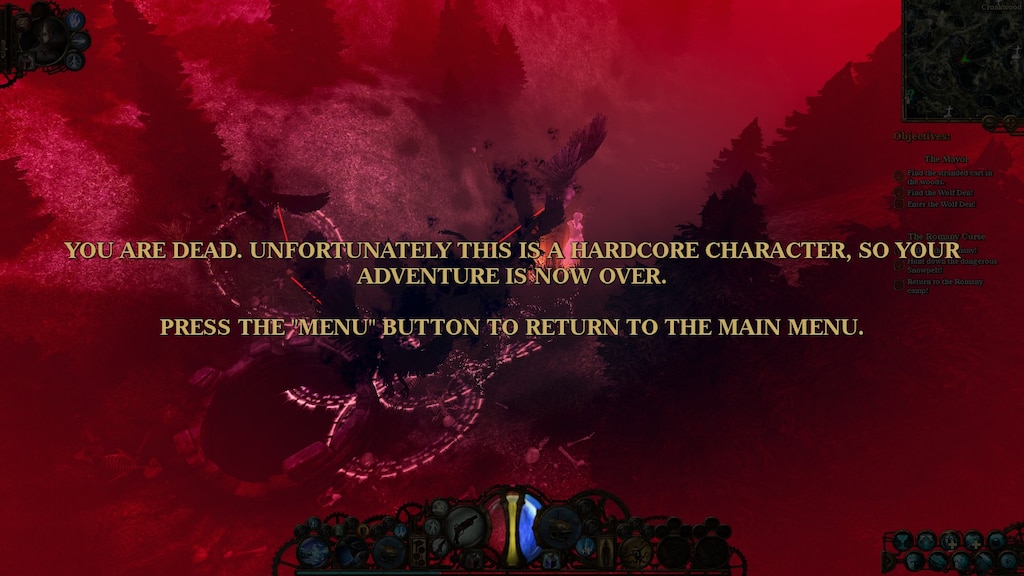 0
0
A library with carved crystal floors floating in the middle of nothingness? Where do I get my library card for this place? 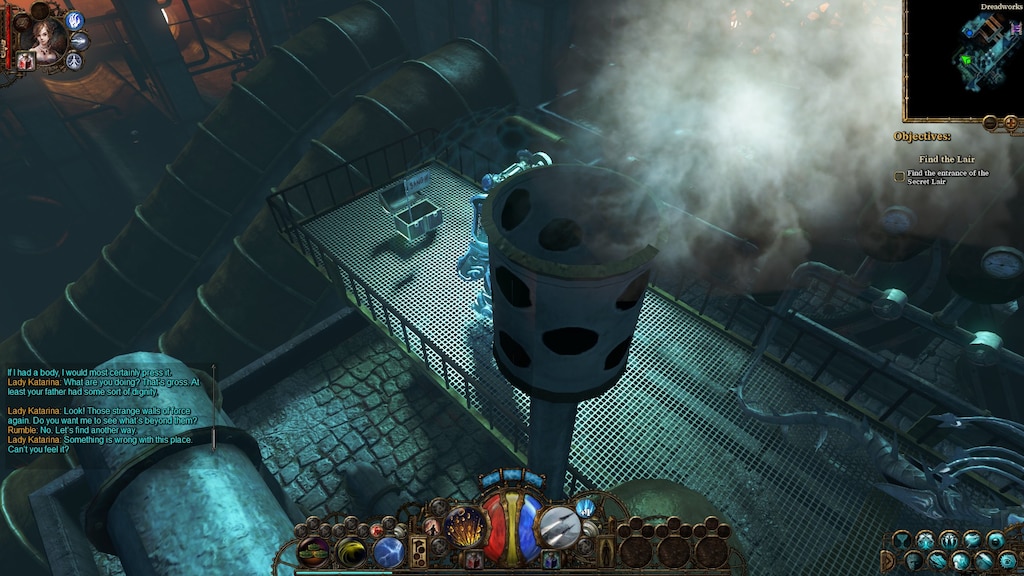 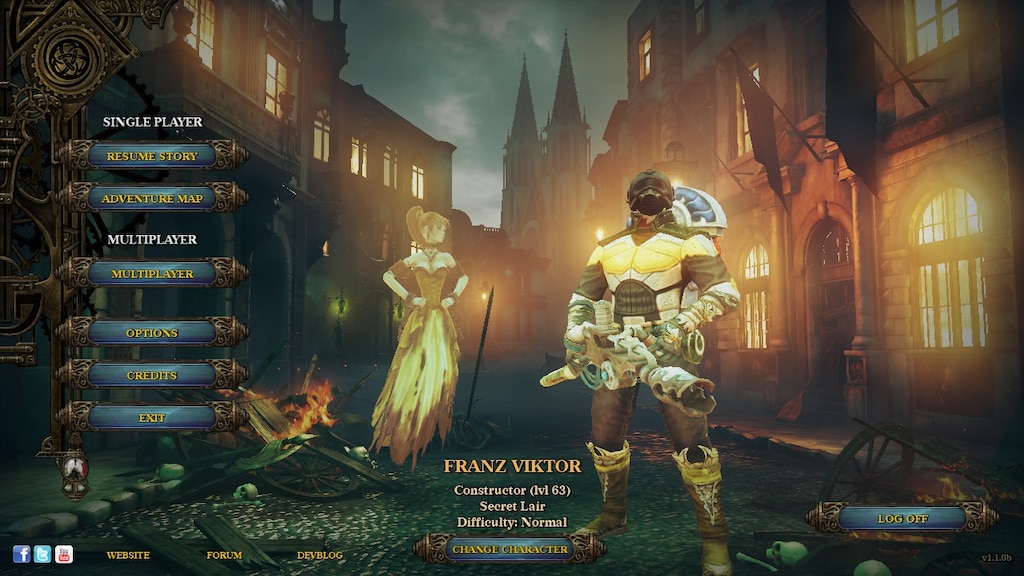 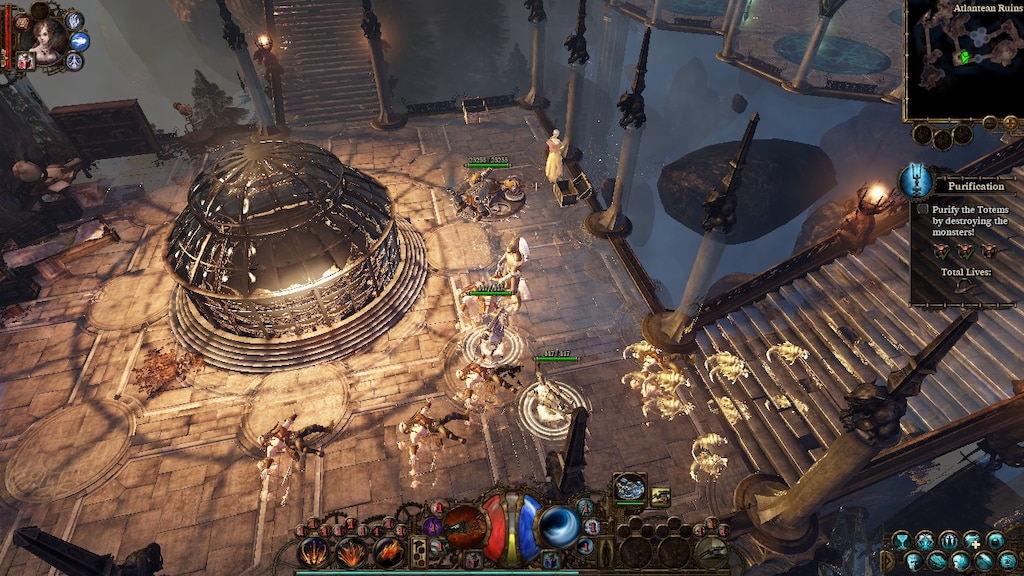 0
0
This scene here is why I like Van Helsing and Neocore as a studio - look at that space, it's gorgeous. Such brilliantly creative design, these folks create worlds you just lose yourself in.

Morphine Cat
View screenshots
Is this game for me?
I have an interest in this type of game but am not looking for a very difficult game experience. I read in some reviews here and on GOG that there are problems with the environment blocking your view causing you to get quickly killed by enemies as well as that the enemies come at you in massive numbers and you can hardly move any distance in-between the waves of enemies being triggered. I don't like the idea of being constantly overwhelmed with huge numbers of enemies and also saw some mention of incredibl...
2

Not Recommended
3.1 hrs on record
It has all of these things to work toward customization and builds and etc but you end up just doing "attack" for 90% of the game, because it's as good or better than your abilities that cost mana.

If you literally only use your basic attack, you'll be doing like 90% of maximum possible damage.

It does have this like super meter system but the one place that you'd want to use it (bosses), it doesn't fill up, because it fills up on kills, not damage, so you have win-more mechanics and then a common gameplay loop that's less engaging than mashing A in an old JRPG to just auto attack.