EVERSPACE™ combines fast-paced combat with roguelike elements, great visuals and a captivating story. It takes you on a challenging journey through an ever-changing, beautifully crafted universe full of surprises. Shoot, craft and loot your way to victory while the odds are stacked against you.
-80%
$29.99
$5.99
Visit the Store Page
Most popular community and official content for the past week.  (?)
EVERSPACE 2 Alpha Community & Game Dev Stream + Pre-Release Key Giveaways
Jun 19 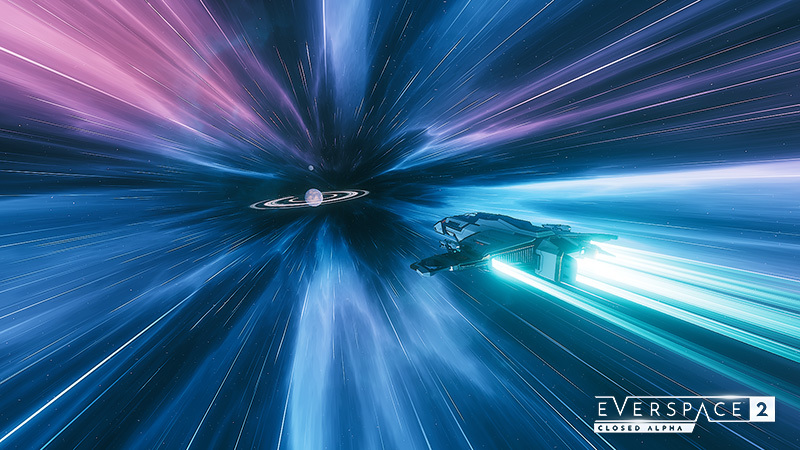 After the closed EVERSPACE 2 Alpha was rolled out to eligible Kickstarter backers just a few days ago, our community ambassador and ace pilot Erik Schrader aka @Giraffasaur will take the latest version for another spin to show you a few more missions, discuss the first round of community feedback and share some gorgeous fanart as well as a few things that we are currently working on.

We also got good news for avid test pilots who missed the deadline for getting into the closed Alpha and Beta program as we will giveaway three EVERSPACE 2 pre-release Steam keys during today's stream on:

See you in space 🚀👀🍀
Michael and your dedicated ROCKFISH Games Team

EVERSPACE™
118
5
encounters dlc
is everspace worth playing with just the base game? i want to play it but cant afford paying almost double for it + the dlc unfortunately.
3

Things you should know about EVERSPACE Early Access
EVERSPACE, the space roguelike funded through a Kickstarter campaign and powered by Unreal Engine 4 has launched into Early Access. The game is pretty interesting and quite challenging. So, to save you from some of the trouble I went through, here are som...
148 ratings 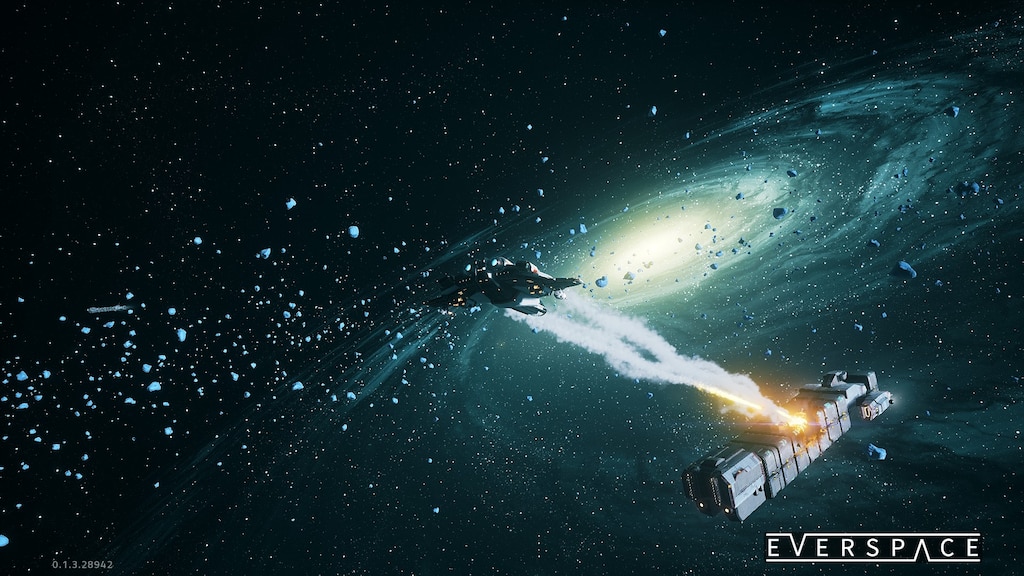 Tips, Tricks, and other gameplay information
UPDATED 6/24/18. This guide is a collection of observations I've made during my time playing the game. More or less "things I wish I knew sooner".
133 ratings 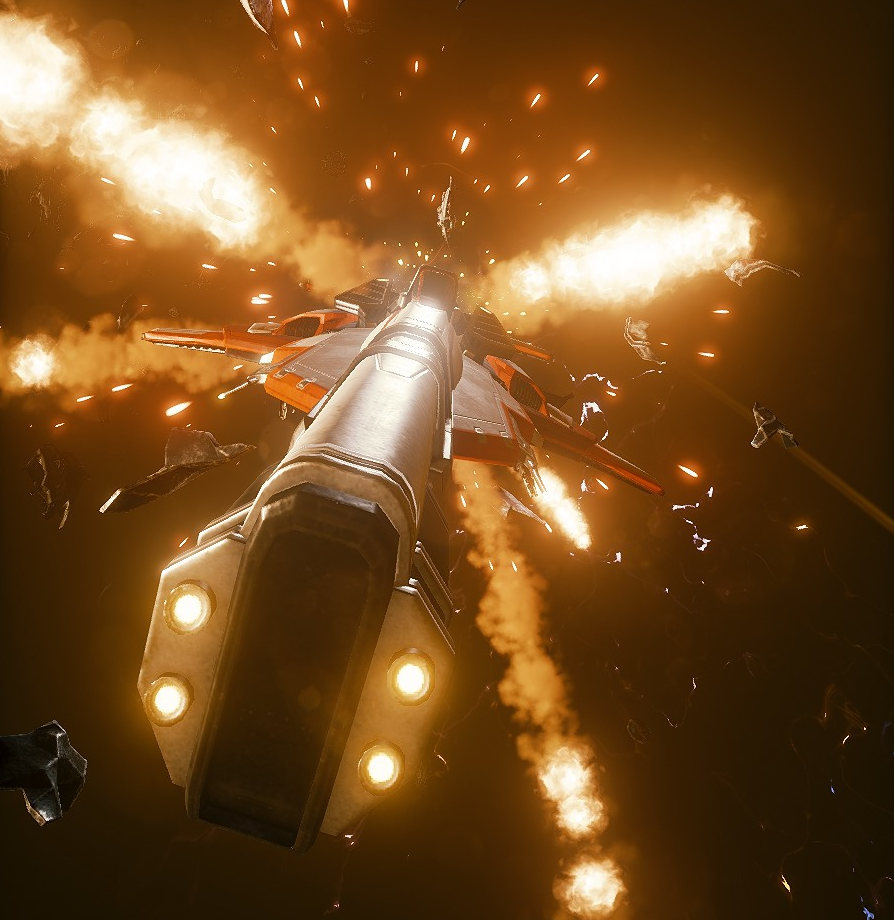 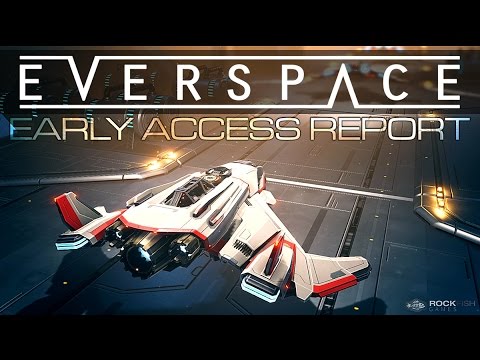 w4stedspace
View videos
Logitech Extreme 3D Pro
Hey guys! Purchased a Logitech extreme 3D pro in prep for Star Wars Squadrons. A mate of mine said that he loved Everspace and it would be a great game to try my new controller i! I purchased the game and i cant seem to get it to work? Has anyone got a link to a youtube tutorial or something along those lines? Im pretty stuck and been at it for a few hours now. Thanks for your help in advance!...
3 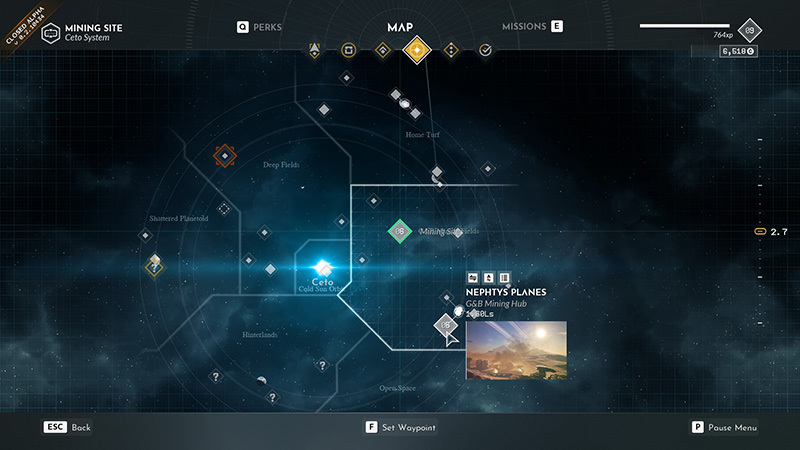 After some back and forth with a few of our most important media partners, the roadmap for the EVERSPACE 2 Closed Alpha release finally stands - WOOHOO! While our team is still working hard on some final touches, you can start getting excited about the awesome online events that we have lined-up.

Before we get into details of the roadmap, let us share a high-level overview of the already included features: the Closed Alpha will give eligible backers access to approximately 10 hours of gameplay including a story beat and free exploration, culminating in the first star system’s boss fight. In addition to new Ship Devices and Ultimate Abilities, you will be able to explore the all-new pilot and companion perk system. 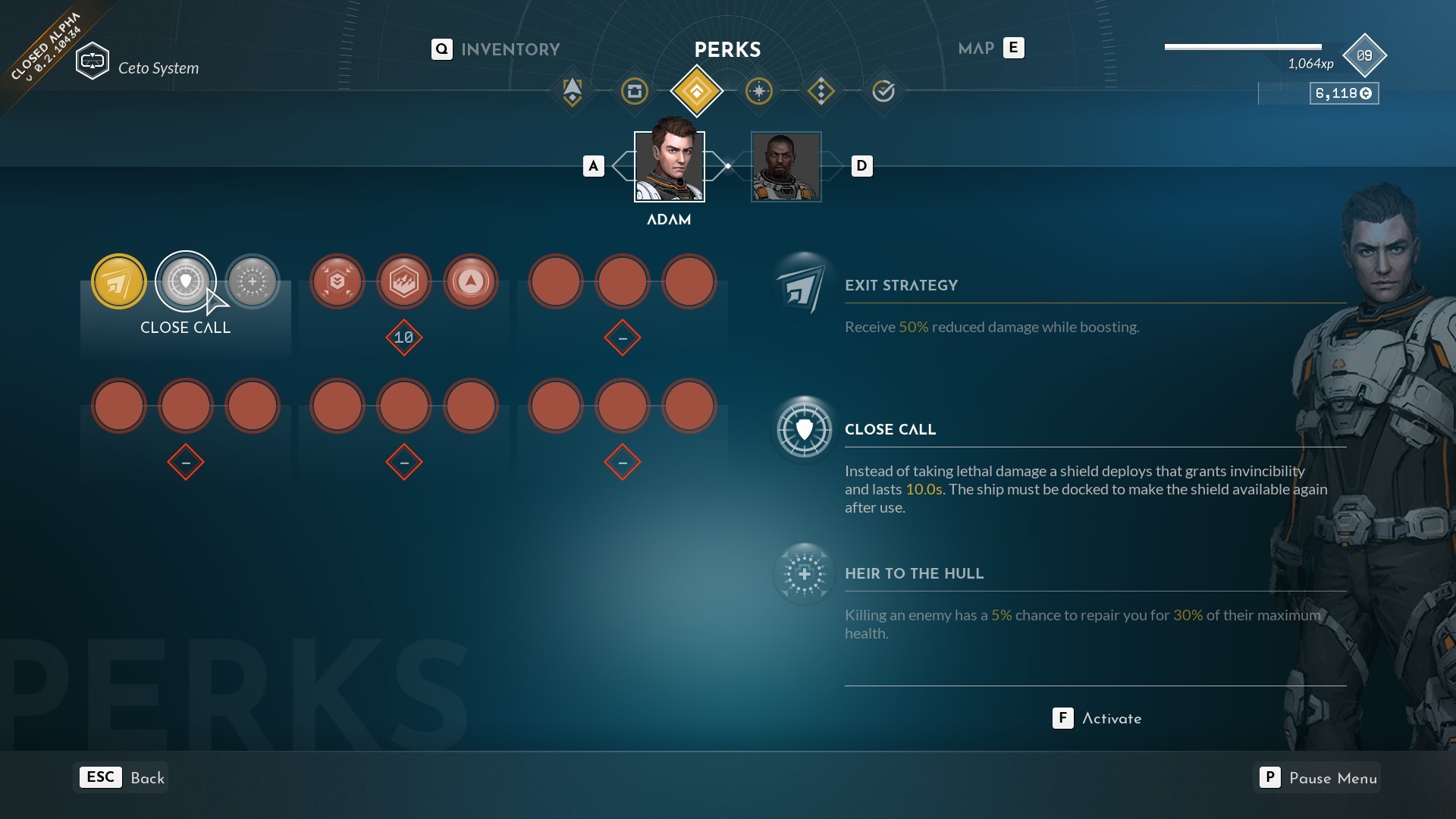 While pilot perks are level-based, companion perks can be unlocked through various resources you gather along your journey.


Through main storyline content, scripted side missions, and various jobs, you will be able to reach the Closed Alpha cap of level 10. New ships, NPCs, and equipment have also been added for you to discover as you explore even more regions in space, planetary locations, and cave systems in the game’s first solar system. 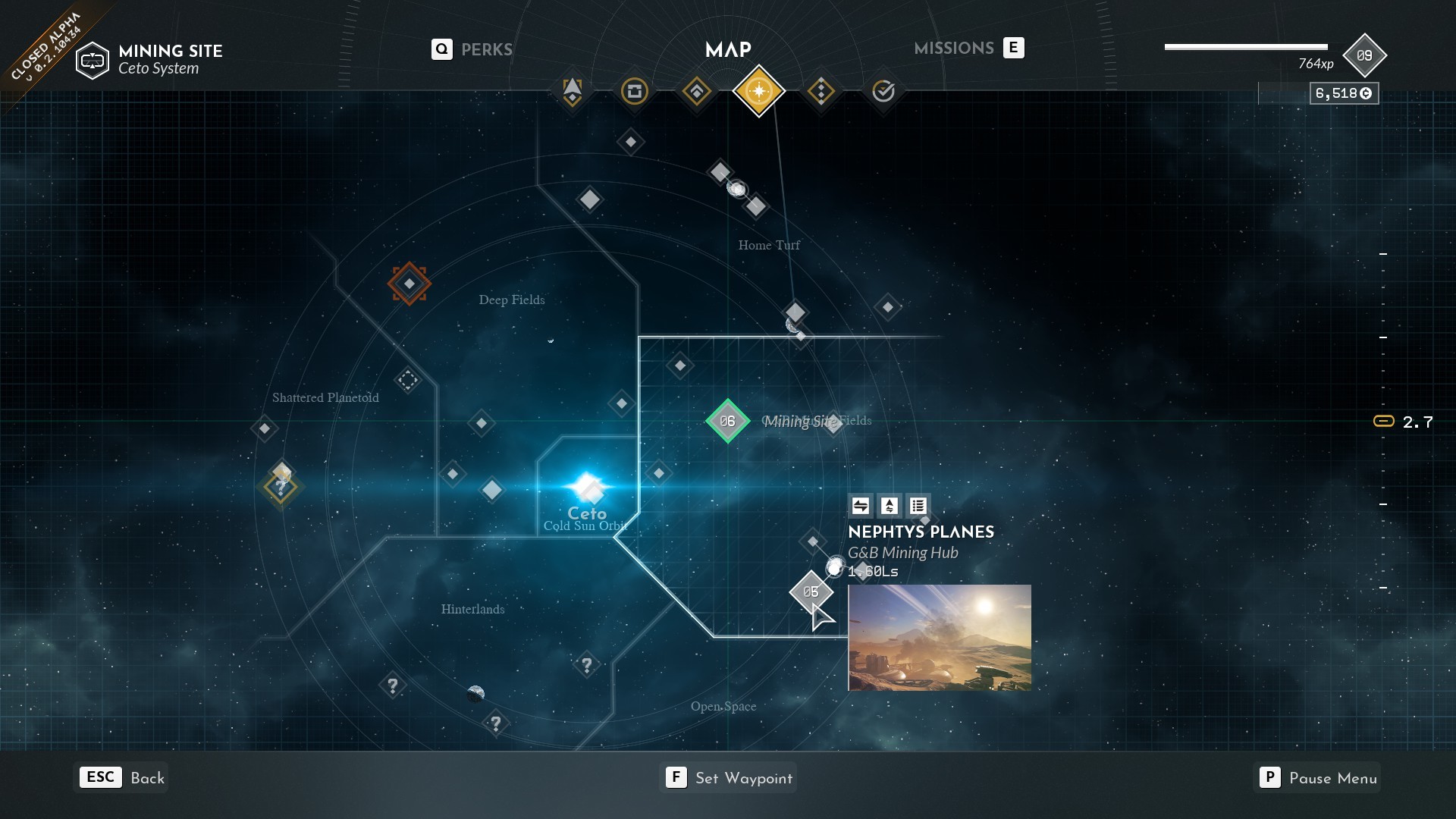 There are lots of handcrafted locations to discover in the first solar system; some won’t even be on your radar until you stumble across them.

Alpha Drop Roadmap
In a few hours from now, Erik, our dedicated Community Ambassador, will have the pleasure of kicking things off with a tasty sip of that First Flush backer reward with the revamped tutorial and one or two missions of the main campaign. Same place and time as always later today. The stream will be featured on the Mixer front page, so please give everybody on Mixer a warm welcome to our great community.

Later today, around 11:30 pm CEST / 5:30 pm EDT / 2:30 pm PDT, we will have a big appearance on IGN dropping our first(!) Alpha gameplay trailer, followed by a 15 min interview, hosted by Brian Altanao aka @AgentBizzle, at IGN’s Summer Of Gaming with some Alpha gameplay footage spliced in.


On Saturday, June 13 at 9:30 pm CEST / 3:30 EDT / 6:30 pm PDT, you’ll be able to watch a 30 min hands-on demo of the Alpha with Erik on The Escapist Indie Showcase before the official Alpha Gameplay Trailer will drop on PC Gamer during the PC Gaming Show[www.pcgamingshow.com] at 8:58 pm CEST / 2:58 pm EDT / 11:58 am PDT sharp. Keep your eyes peeled for yet another teaser that will drop on https://twitter.com/everspace_game right after we had our gig on IGN, later tonight.

After all that teasing, Alpha pilots should be well-prepared to find their pre-release Steam key in their inbox (make sure to check your spam folders!) Monday evening CEST / afternoon EDT / morning PDT, on June 15.

Now, if some non-Alpha pilots are having second thoughts and would like to upgrade their pledge, shoot us an email to info@rockfishgames.com, and we’ll see what we can do for you. Mind you, as soon as we have rolled out the Alpha keys, doors will be shut for buying into the Alpha and Beta program due to Valve’s Terms of Service for Steam.

We also have good news for all those who missed backing the game or could not afford it for one or another reason: There will be several giveaways over the summer, made possible by some of our media partners. We are excited to announce that top streamer and EVERSPACE superfan Cohh Carnage will kick-off our EVERSPACE 2 giveaway campaign with 10 pre-release keys during his upcoming charity stream on this Twitch channel[www.twitch.tv] on Monday, June 15, starting at CEST 2:00 pm / 8:00 am EDT / 5:00 am PDT.

Also on Monday, our German-speaking pilots can look forward to a 60 min live interview on GameStar with our a-gazillion-tasks-juggling project manager Caspar, hosted by Christian Schneider aka @GrummelFritz, starting at 8:00 pm CEST.

The hype is real, see you in space... 🚀👀💥🤘🙀🙌
Michael and your dedicated ROCKFISH Games Team 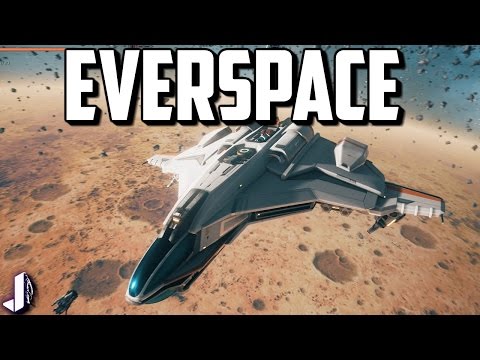 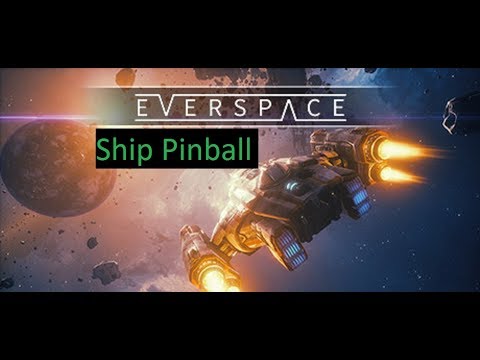 Everspace Basics Guide (Warning, Spoilers)
A Simple guide on all of the ships, And my opinion on what they are good for. I do not expect you to take this seriously; as this is just my opinions. You could help me make this guide better by telling me errors or mistakes in the comments. I am working ...
27 ratings 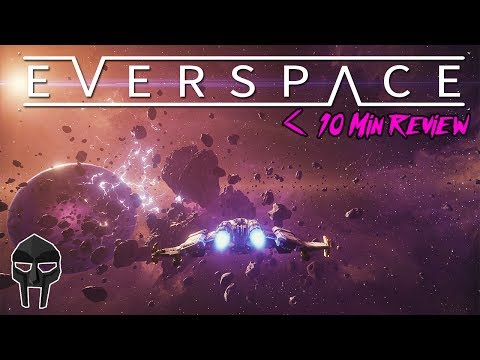 Recommended
25.6 hrs on record
I feel that it's not worth it's full price but definetly worth a purchase on a 60%+ discount, to me it felt fresh, both relaxing and engaging to stroll around a well designed space and the dogfights are pretty cool.

There could be a lot of improvements, specially for it's base price, but right now it's a steal.

The gameplay is sharp and feels smooth both on gamepad and kb+ms (it's imo it's biggest trait, it's buttery smooth); there are numerous ways to start and exit a fight, it gets old but the time spent doesn't take away it's charm. What I mean by that is I can still come back and feel engaged, I simply will just do a run instead of 2 in a sitting.

Recommended
37.2 hrs on record
Combine a Space shooters with a Roguelike (think FTL meets Wing Commander) and you've got EverSpace.

The controls are as smooth and effortless as they should be.
The graphic design of a lot of the larger models (freighters, mining platforms, nebulae, etc.) are pretty enough to catch your eye from time to time.

I like the fact that you can set the difficulty for each run. After feeling like I was grinding and not getting very far with the standard difficulty, I set it to easy and unlocked a lot of fun new weapons and devices to try. I don't know if I'm enough of a masochist to try the harder setting.

As it's essentially a roguelike, the replayability is high. While I haven't yet 'finished' the game, there is enough of a plot to keep me curious as to how many of the hinted-at secrets with the main character and some of the other 'factions' will play out in the endgame.

Recommended
91.3 hrs on record
One of my favorite indie games ever, and one of the best rogue-likes I've ever played too. A true gem in nearly every way. Fans of Descent, Freespace, etc. will adore the combat and controls, and each run offers something new and exciting. I give it my highest recommendation! 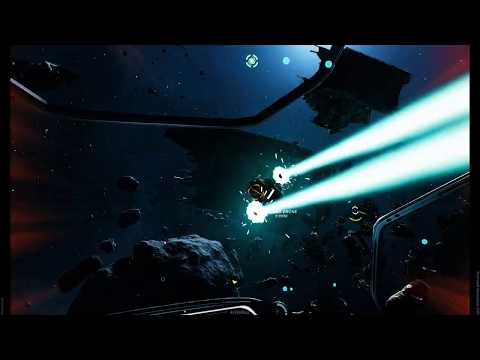 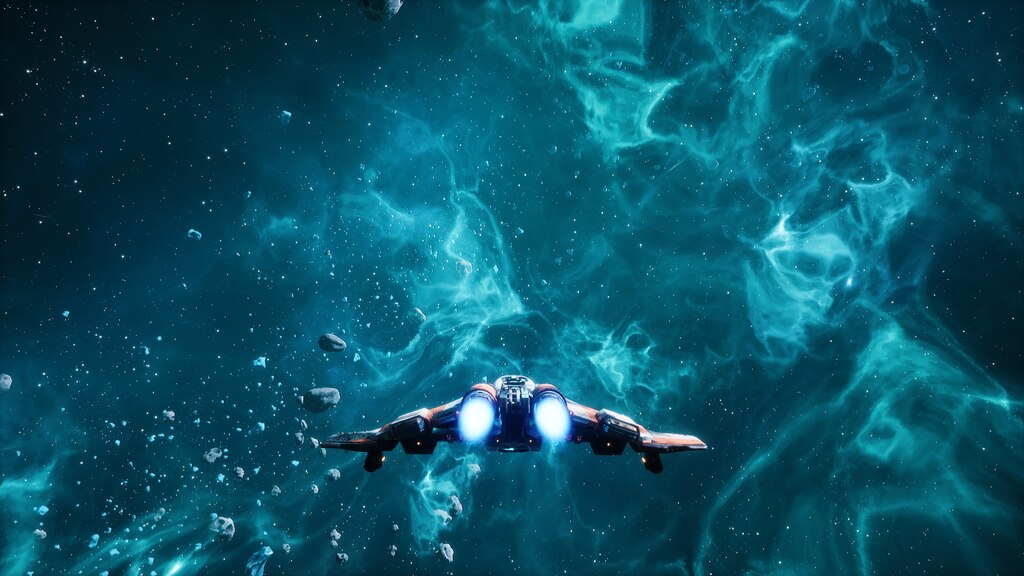 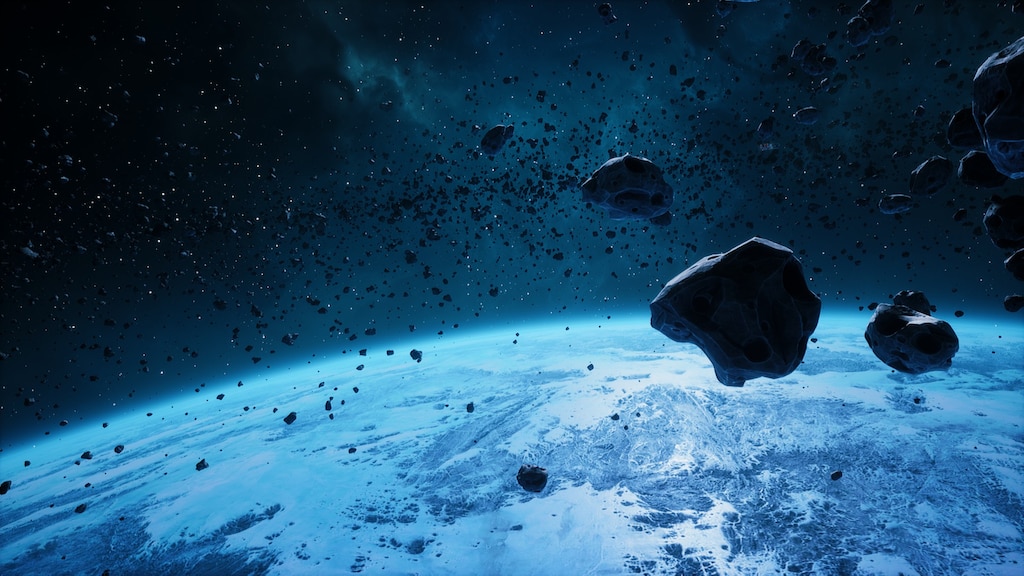 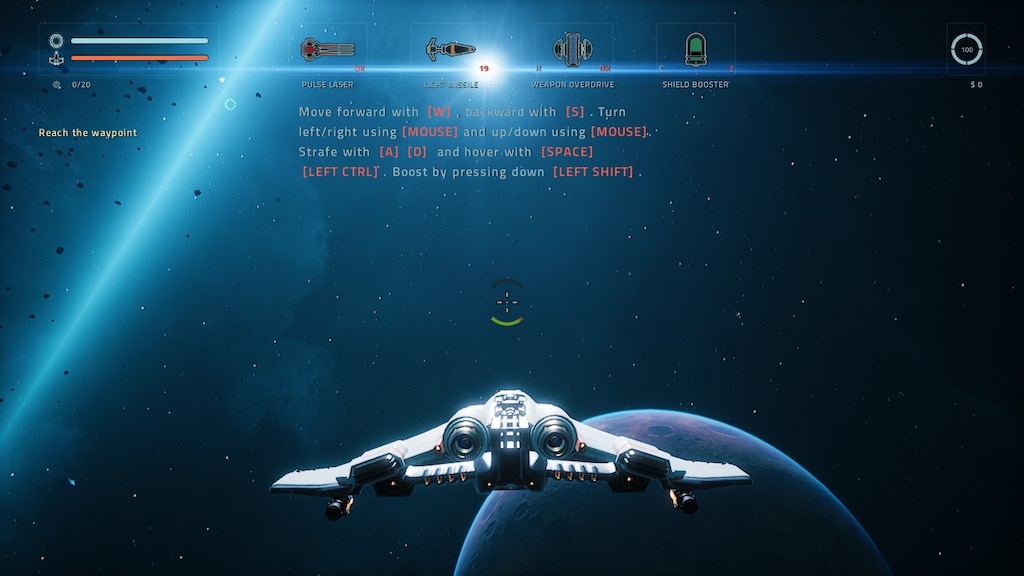 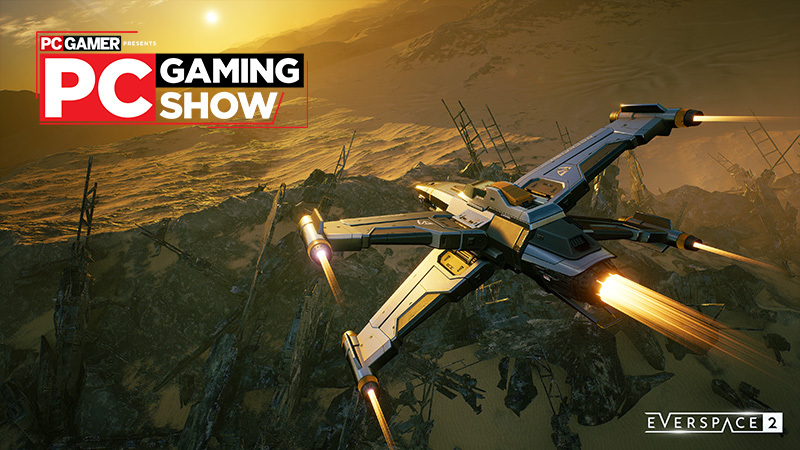 The rumors are true: planet exploration is coming to EVERSPACE 2
Keep your 👀 peeled for our planetary combat gameplay trailer at PC Gaming Show on PC Gamer, June 6 🚀💥

Also, the closed Alpha will be starting very soon! So, last chance for sending us an email to info@rockfishgames.com to get involved before program doors will be shut for any further test pilots until Early Acces in December 2020.

EVERSPACE™
235
6
Game freezes everytime at the same spot [WITH VIDEO]
My problem in detail My second encounter with Seth Nobu always results in a freeze and a "whitescreen" whenever I try to continue and fly to the next area. So far I tried it 5 times, but this whitescreen always appeared! Here is a video which shows it better: (skip to 1:44 to see the problem) (Also, if you wonder which language is spoken here, it´s german) https://www.youtube.com/watch?v=LJAvGNd2T2I What I tried so far So far I have: verified my gamefiles reins...
3

RCP
Jun 24 @ 12:14am
Bugs & Technical Issues
linux/proton and flightstick+throttle - does it work YET?
Hey all. Summer sale time! So as subject says. I've looked at this game for years now, but still the no linux analog stick thing is a dealbreaker. Has anyone ever gotten it working? And not just working like a gamepad, but actual analog is key. No using mapping to get tilting left sending "press button X" or "left arrow" - has to be actual analog input. /dev/input/js0 reading all 4(6) analog, and at least 8 buttons. (depending on the controls needed, obviously) This looks to be fine at 4k with detail on ...
1