Welcome to the zombie apocalypse experience of a lifetime – and now more beautiful than ever. Caught in the midst of an epic zombie outbreak on the tropical island of Banoi, your only thought is: Survive!
$19.99
Visit the Store Page
Most popular community and official content for the past week.  (?)
Looking for people to play with
add me if you wanna play
3 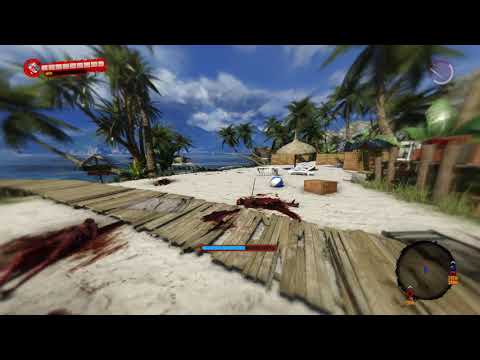 1
6
The Most Powerful Enemy In Dead Island

Alin.
View videos
arena lv30 achievement
hello, anyone up for "Morituri te salutant" achievement? (survive 30 consecutive waves with at least one co-op player) in return can help you with any other multiplayer-achievements
4 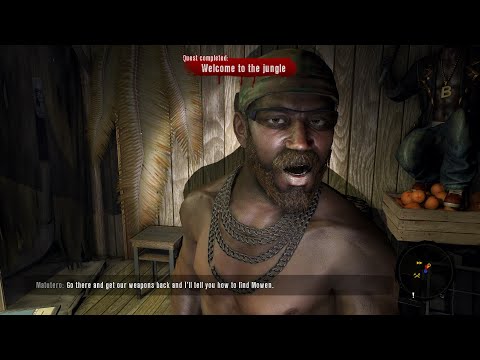 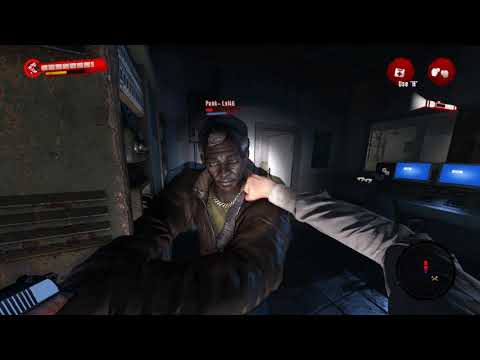 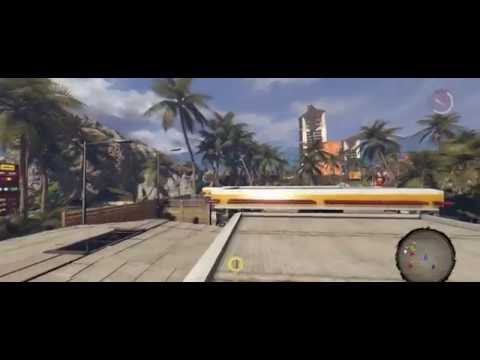 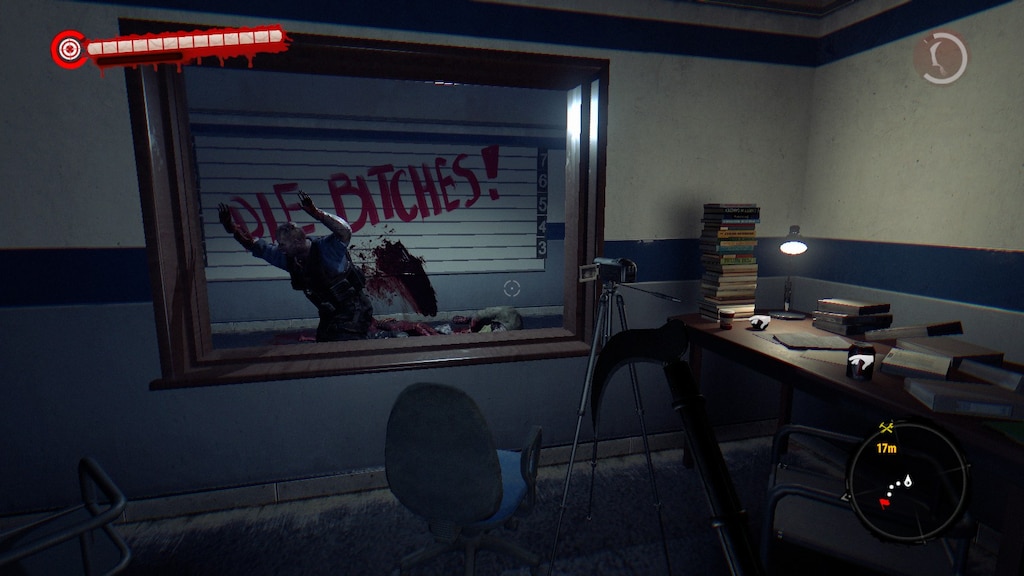 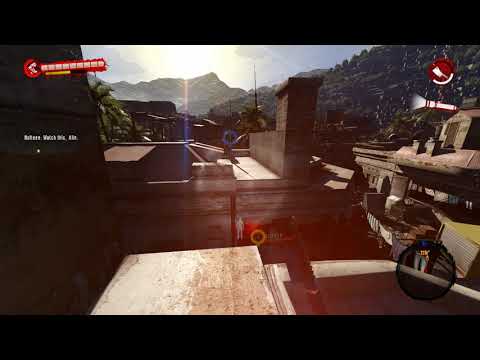 0
0
nice throw for a zombie 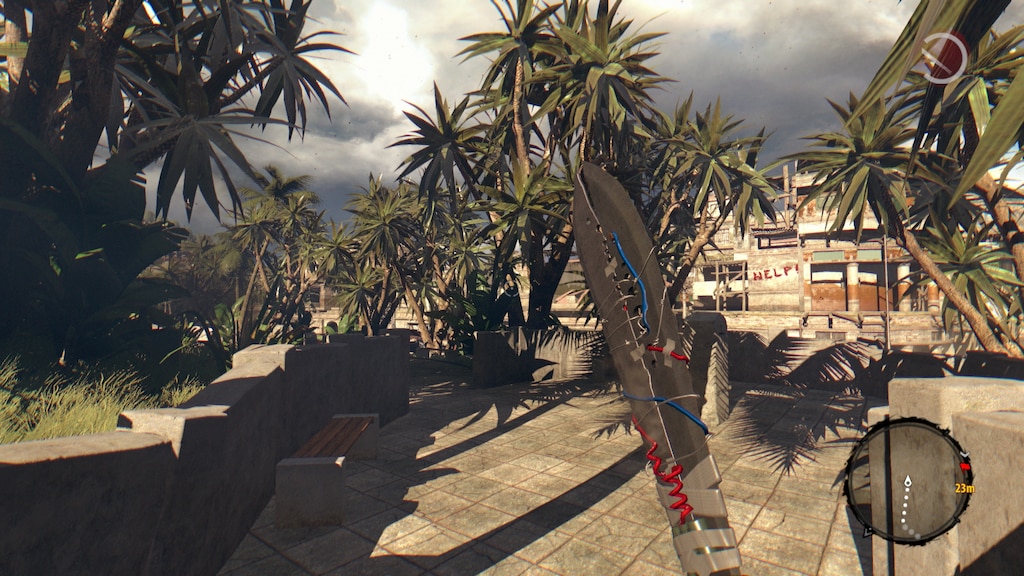 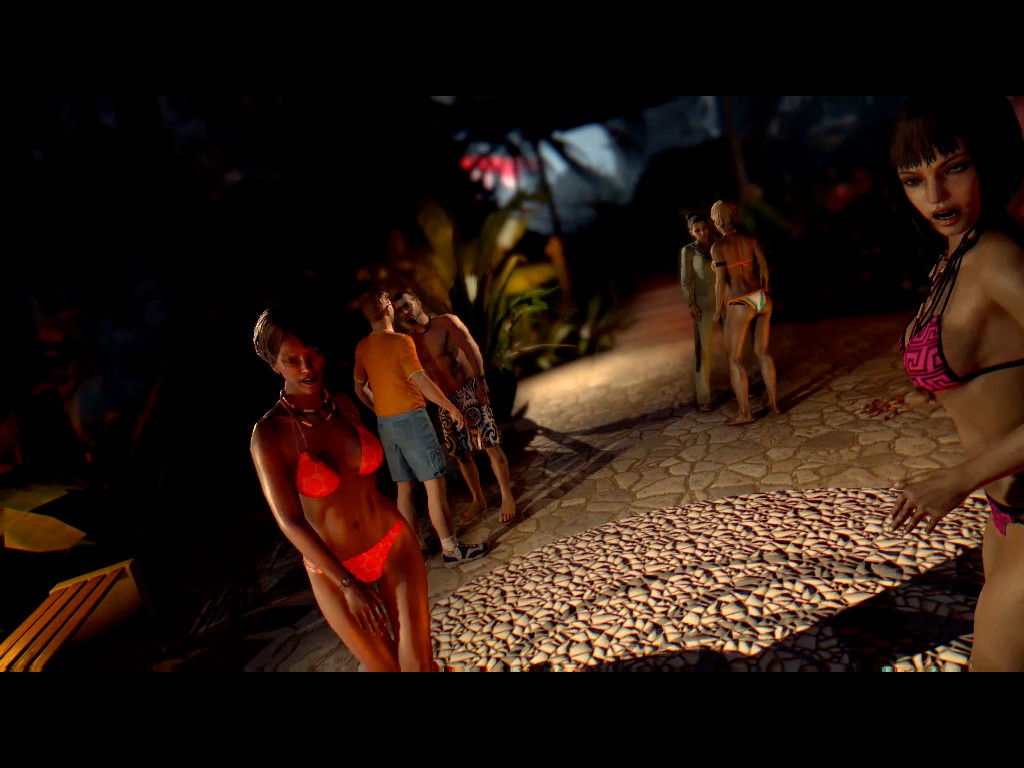 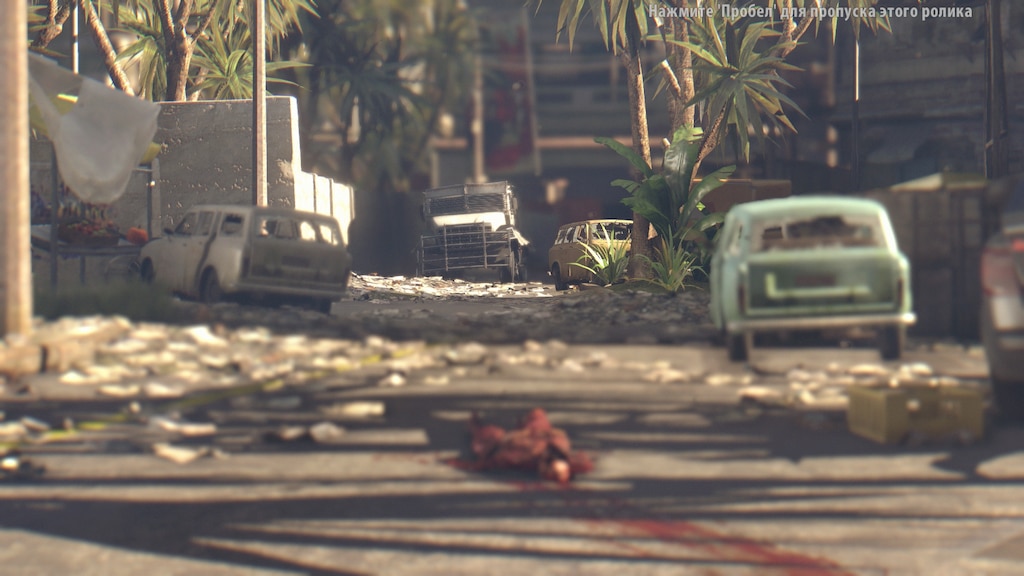 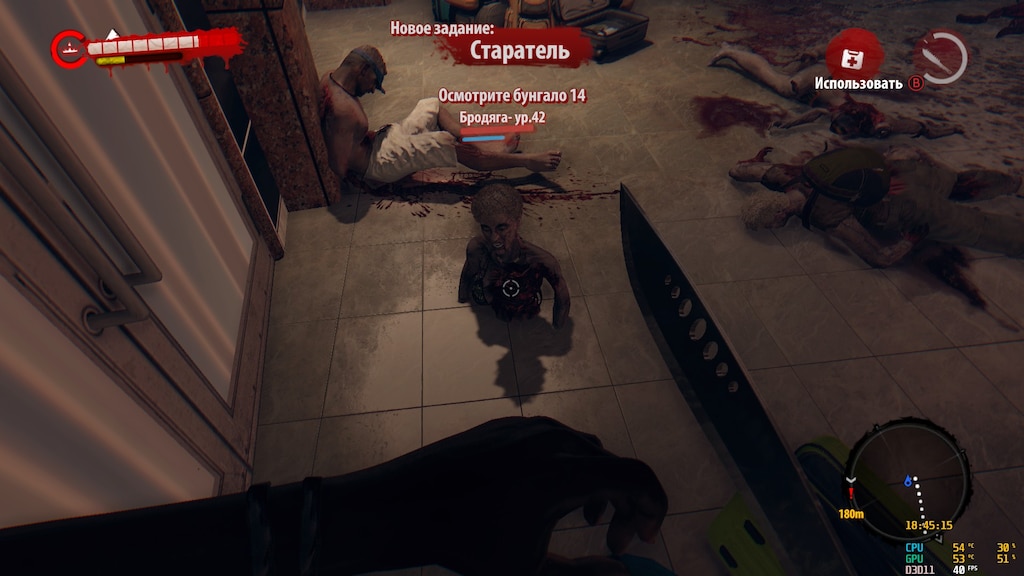 HOW TO: Xian
A simple guide going over the ideal Xian playstyle, along with recommendations of skills.

Recommended
18.1 hrs on record
Disclaimer
2 things:
1. Trigger warning for those of you who are delicate flowers or young.
2. If you suffer motion sickness from low FoV - the default FoV is tiny and changing it can be done in configuration files (google it, not hard to do), but it affects other things like decreasing your firearm accuracy. There is a decent mod on Nexusmods called "improved movement" that modifies some variables, including the FoV. The negative impact of this mod on accuracy is not high, so you can use that as a starting point for your FoV value and then decide if you are willing to sacrifice more accuracy or lower FoV to increase it.

TL;DR
This game is "definitive" in name only. Not worth upgrading from original. Is it a good game? Eh... If you, like me, like zombie games - I can recommend it. Just know that this is a Diablo clone, not a survival game. It's nothing like the later Dying Light.

Description
Dead Island is a first-person Diablo clone set in zombie apocalypse on a tropical island. You will start at a vacation resort infested with zombies, helping survivors find a way out off the island. Slowly you will uncover the source of the virus and possibility for a cure.

Each character has their own skill, similar to how Borderlands did it, as well as access to passive talents that increase different attributes or modify said skill.

Pros:
+ Crafting
There are several upgrade paths with increasingly better versions unlocked by finding blueprints that are located at different areas in the game. Some of them are hidden, some of them are placed in plain sight and some are awarded by completing main/side quests. Upgrades also change the looks of the weapon you apply them to.

+ Visual design
From the aforementioned weapon upgrades, to the design of zombies and how they visibly take damage as you hit them with their body aprts getting breken or cut off. The island itself is beautiful and the resort looks like somewhere you might like to spend a nice weekend at if not for the zombies.

+ Passable combat
You can swing your melee weapon and while you aim at an enemy - a small reticle appears on their body indicating where your melee strike will land. Mostr weapons feel similar though.

There is a decent amount of zombie variations. For example, you have slow-moving walkers who can grab you in melee. You have the running infected, who are fast and attack quick, but have low HP. There are big zombies that can knock you down with a single hit and take a lot of punishment, but are very slow and telegraph their attacks. Then you have special zombies that appear very rarely, like huge, tied-up ramming-zombies that charge at you at high speed and must be dodged so they smash into a wall, or exploding zombies that must be killed from range.

Cons:
- Poor writing
A lot of characters have very bad dialogue lines. There is one scene in particular that's handled in an idiotic way and it's clear to me that the writers have bitten off more than they could chew with that. I will put the following in spoiler tags for 2 reasons:
1 - it's a main plot-point spoiler
2 - it could be triggering to people

There is a point in the story where you are tasked with finding a bunch of food supplies for the survivors. You and other main characters head out accompanied by a girl-mechanic Jin, who you earlier rescue from zombies (a simplification, but explaining everything would take too much time). This takes you to a whole new area of the island where you meet 3 other survival groups, 2 of them being friendly and 1 of them being very hostile 'bandit' type group who took over a police station (implying they are criminals from before the zombie outbreak). All of the groups are low on supplies too and also need food badly. After many quests you finally find a food stash. Jin then says that there's enough food for every survivor group out there, including the violent group mentioned earlier. Main characters rightfully say something like "♥♥♥♥ those guys, they shot at us multiple times, we are not helping them, we are just going to share among the 'good' survivor groups". After some other quests that involve you moving the food to your truck the Jin takes off without you with the intention of sharing the food as she proposed earlier, ignoring main character's opinions - including going to the bandit camp, who are barricared up in a police station.

I'm sure you know where this is going.

When you get back to the survivor camp it appears that the Jin did not return for a while. As you go out in search for her, a different survivor who was with her as she drove off to share the food basically tells you that she got captured and the bandit guys are going to rape her. You launch an attack on the police station and find the girl after she clearly got raped already (although nothing explicit is shown - no bruises or marks on her, not even torn clothes, she has the same character model as always). The scene is handled poorly in and of itself, with Sam B immediately accusing the clearly abused girl of betraying them and the girl main characters shoving men out of the room. However, the entire plot point just feels off like it does not belong here.

I think a rape-plot could be handled well and be a strong motivator for player characters if written better. Maybe if those ♥♥♥♥♥♥♥♥ at the police station had some kind of leverage that made the girl go there other than the fact that she wanted to share food out of kindness? The aftermath is likewise, handled badly as no effort is put to make the character model stand out. I mean she clearly got sexually abused - why on earth is her character model looking like normal with same clothes, etc? If you want to handle a serious, triggering topic like this you can't half-ass it - it just makes it seem like you've put it in there for shock value. If the motivation behind her going to that clear trap was better and the consequences were shown appropriately I would probably feel sick to my stomach (as I can't handle rape scenes in anything), but at least it would have done it's job of giving context as to how ♥♥♥♥♥♥-up the world has quickly became once zombies destroyed the society. For "good" depictions of rape in media look no further than Berserk anime, where the rape in itself is horrible, but there is a very long buildup and a logical explanation for why it happened and when it does - it serves a purpose other than shock value alone.

- Characters
Aside from Sam B being an idiot at a scene described in the spoiler, Purna is a sexist. ♥♥♥♥♥♥ people like Purna do exist in real life, so this could be seen as a good thing that ♥♥♥♥♥♥♥♥ are represented in the main cast.

Xian is the most level-headed of the group. She is honest, but considerate and stands as the best character out of the main cast. Logan is lacking in the personality department and is usually the least interesting.

Other than that we have many supporting heroes, with lifeguard Sinamoi as a positive standout - he is the first helping hand as well as the main driving force behind quests for the majority of the game.

- No cool loot
All loot is just a bunch of stats. There's no cool stuff that completly changes the gameplay like in Diablo.

Lowdown
A mediocre game that does what it set out to do, which is a simple Diablo clone in a zombie outbreak situation viewed in first-person. It can be a bit heavy-handed with it's themes and bad writing, but the gameplay itself is what I expected.
I'd give Dead Island a
6/10
It provides just enough fun to be recommended for zombie-game fan. Just don't expect a survival horror, because it's not one - just a hack'n'slash with a horror theme.

Recommended
13.9 hrs on record
best game ever made

Slyden
View all guides
Co-op Achievements
Hello my friend and i searching for some people to help out. The achievements are Originality People Person Ménage à trois with originality we need a sam and logan. and can combine that achievement with the other 2. Let me know who wanna help out:)
5

NotWilleritymama
Mar 19 @ 1:14am
General Discussions
Looking for friends to play with.
I used to play on PS3 and just downloaded it on PC, itd be more fun to play with people
7