The Floor is Hot Lava! Run, jump, climb, and surf across nostalgia-packed environments flooded with hot molten lava. Explore alone, or join your friends. And whatever you do, don’t touch the floor.
-40%
$19.99
$11.99
Visit the Store Page
Most popular community and official content for the past week.  (?)
[Game Hotfix] - 432563
Sep 25
Hello all, we've got another group of fixes for you this week! Keep on jumping.

Hot Lava
60
0
Whats Hazards ability?
can somebody please tell me im new and i have no idea
2

All Collectibles and Achievements
This guide shows the location of all collectible items that are available in-game (Golden Pins, GAT Comics, Cards, Event Items). It also has a small achievement section.
204 ratings 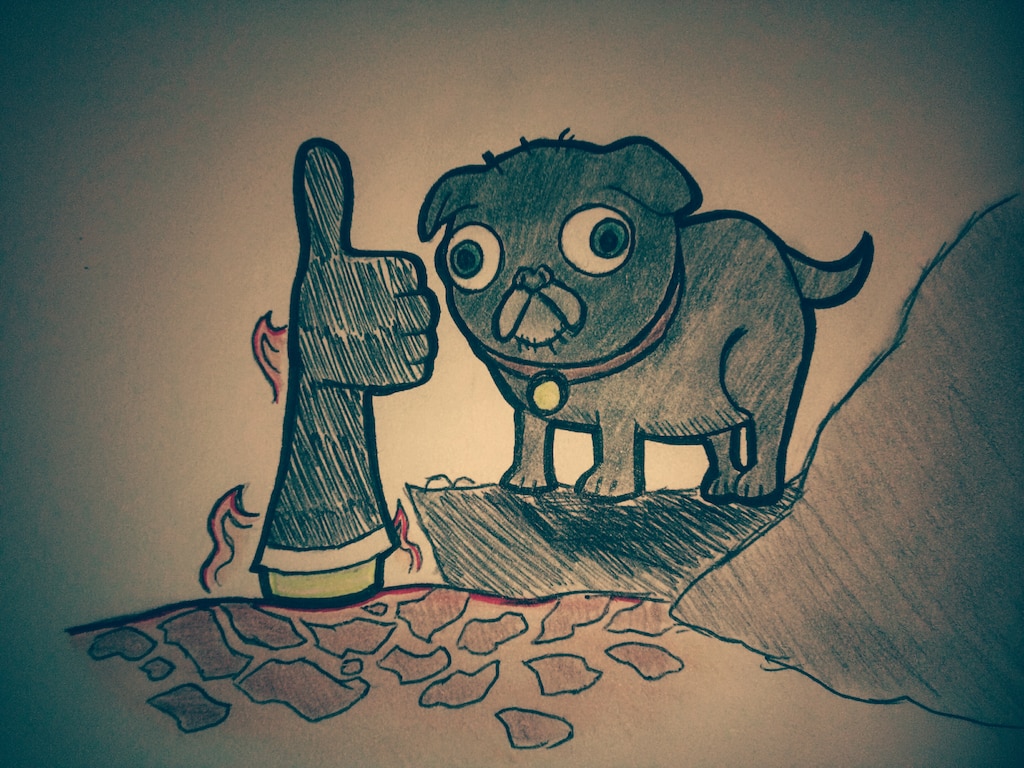 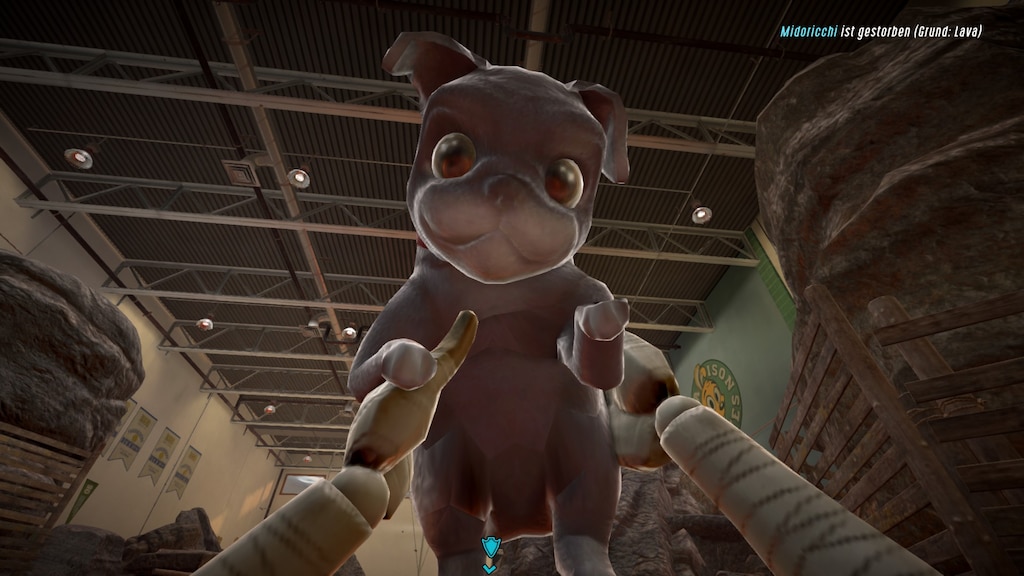 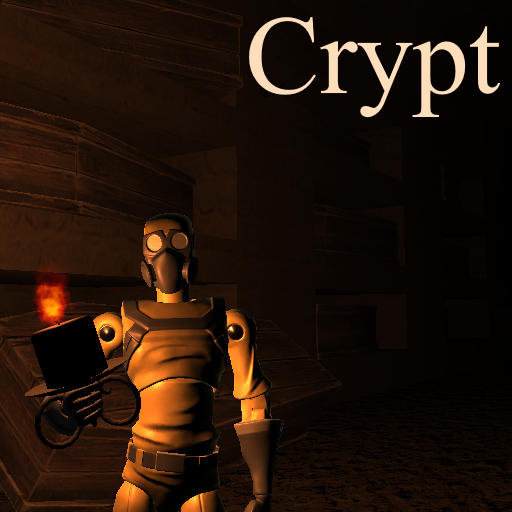 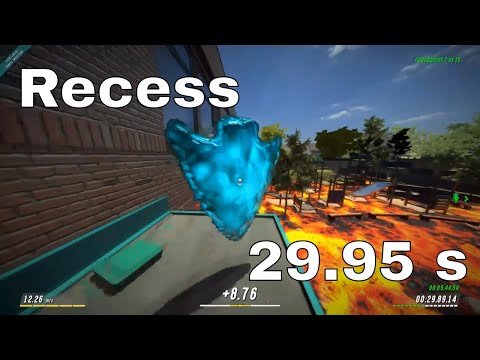 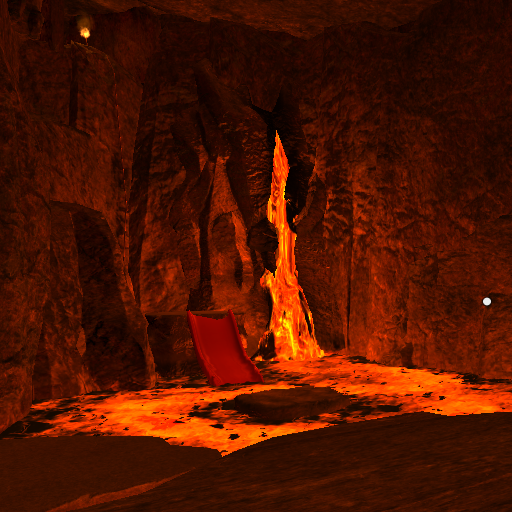 Dawnfinder
View all guides
Surf Mastery bugged?
Did it in 4 jumps multiple times but it just wont give me the star. is it currently bugged?
7

RESIST THE TEMPTATION
Sep 26 @ 8:24am
Bugs and Technical Issues
Artwork 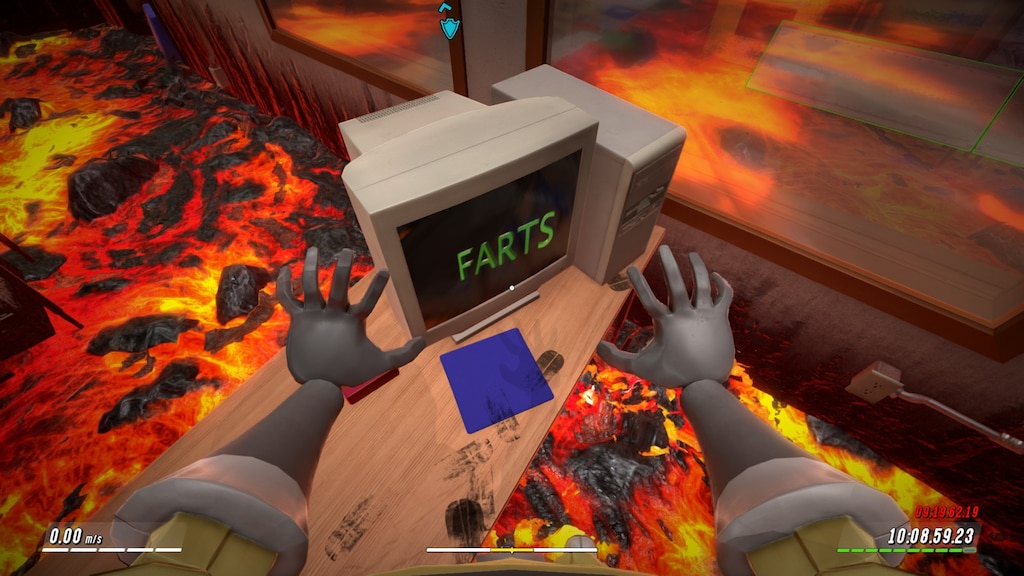 0
1
Video game will rot your Brain 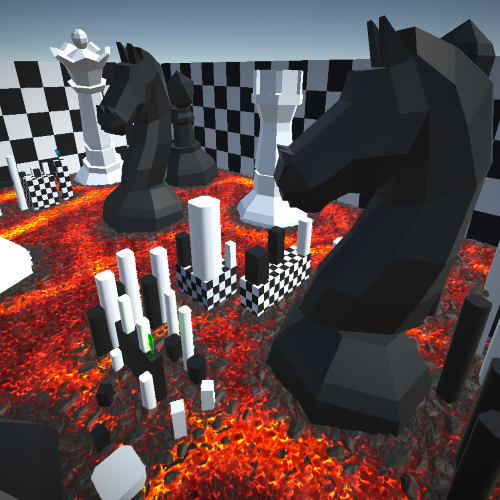 Recommended
5.3 hrs on record
There is something that makes me come back to this game whenever I have some free time — probably my countless hours spent on CS:GO surfing servers. So I understand why some people are getting frustrated trying to "really" play the game while I'm loving it. I know "how" it should be played lol.

In short, after a long day of work where your brain melts down — you fire up this bad boy, put on some good-ass music, and have a chill time completing tracks while chatting with friends, watching a stream, etc.

Also, a note for the devs: Please add MacOS support since virtualization is getting harder with every update. 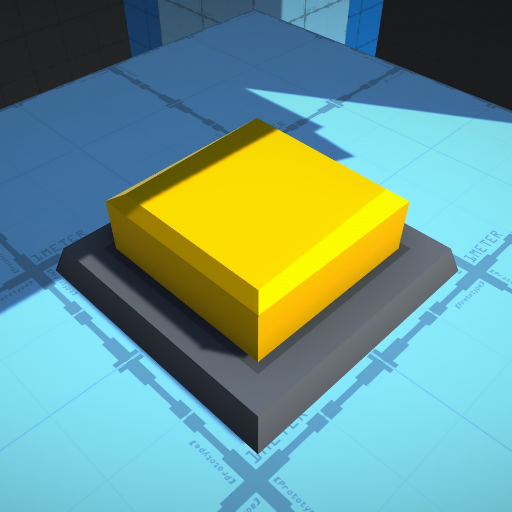 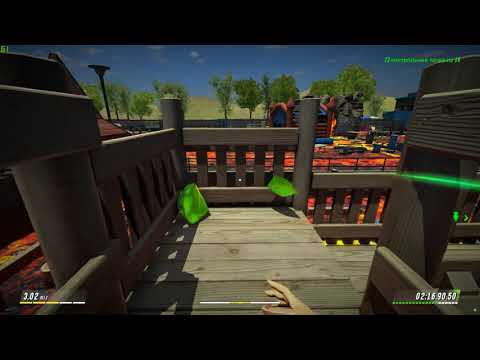 Recommended
9.1 hrs on record
i jump therefore i am 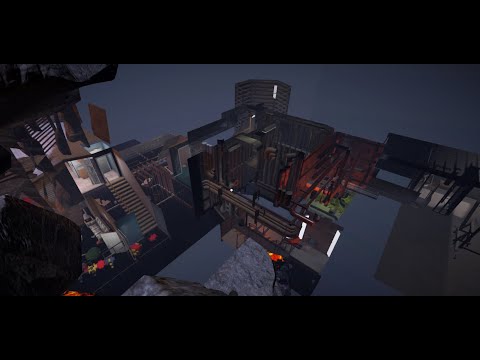 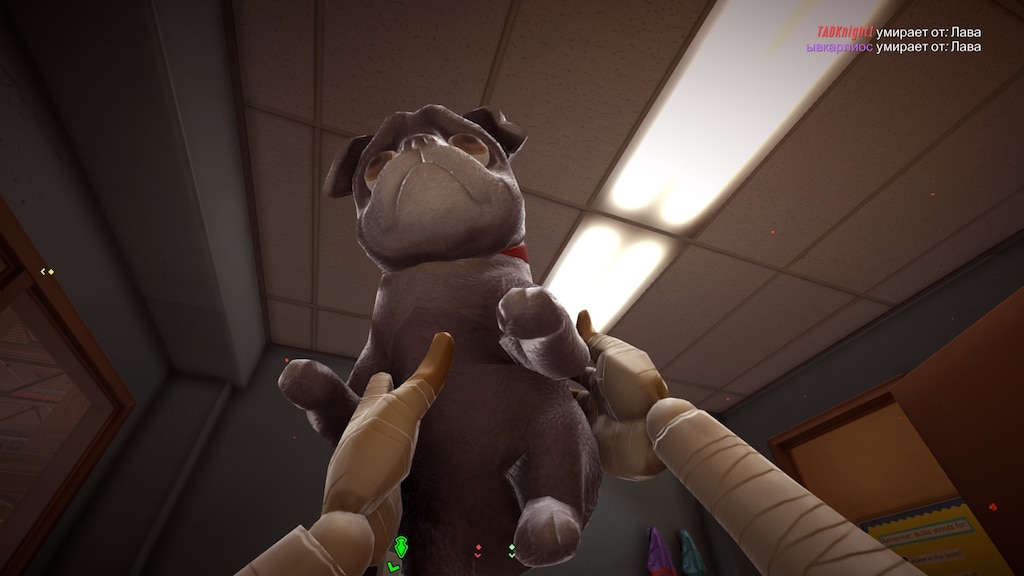 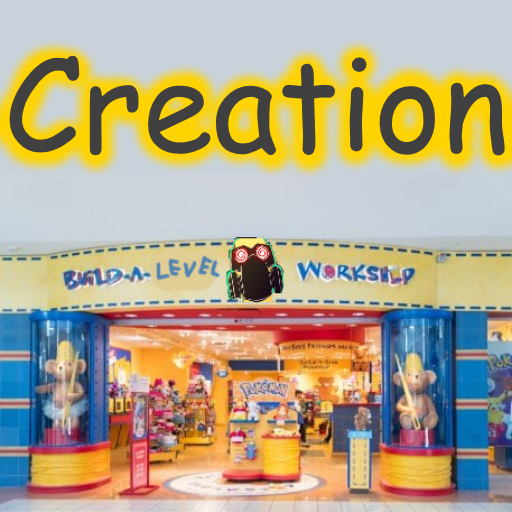 Recommended
305.2 hrs on record
its fun cuz the lava is cool 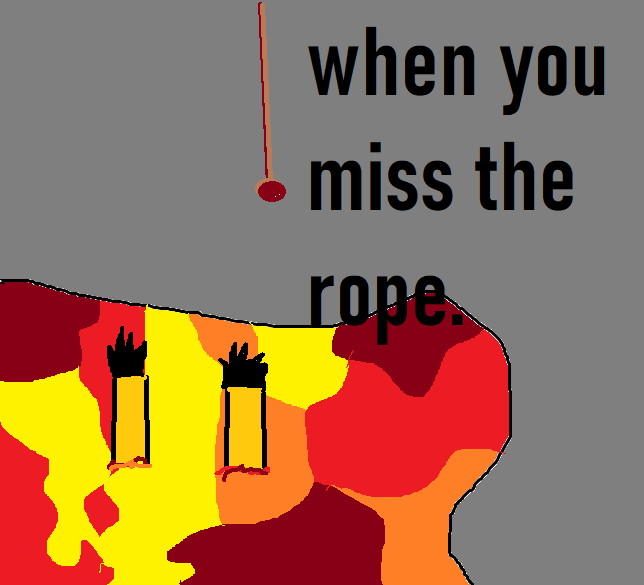 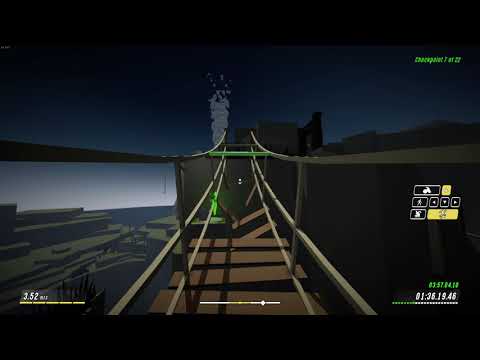 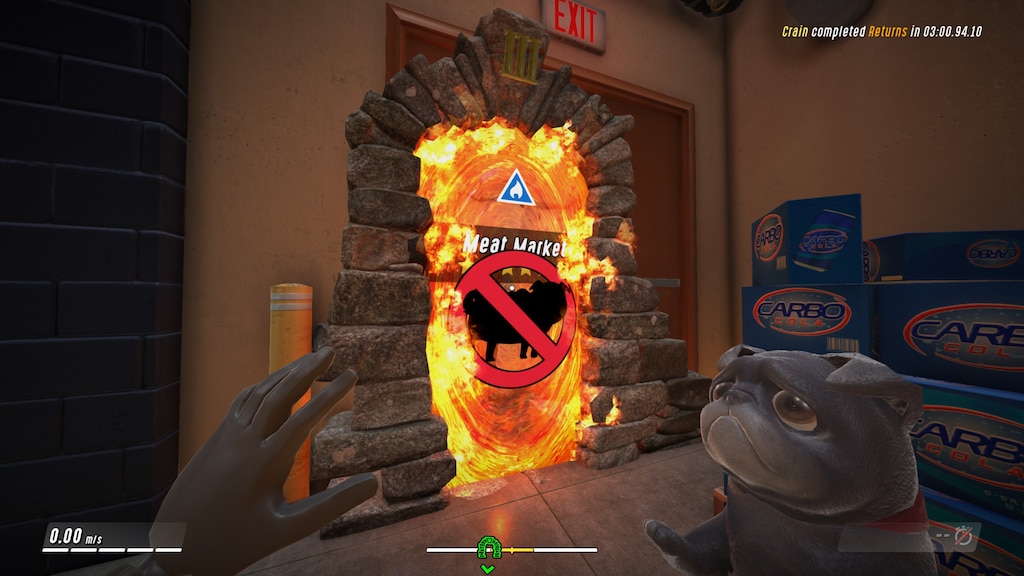 not manicmike
View screenshots
last checkpoint icon
can there be an icon for the last checkpoint no matter the progress for record making purposes. not saying it is necessary just a QoL feature
4

SlickDickJim
Sep 25 @ 11:45am
General Discussions
Surf Mastery bugged?
Did it in 4 jumps multiple times but it just wont give me the star. is it currently bugged?
4

RESIST THE TEMPTATION
Sep 27 @ 11:53pm
General Discussions
[Game Hotfix] - 431673
Sep 21
Hello everyone, got an update for you today that fixes a few issues reported over the weekend. Keep using the in game bug reporter to let us know of things you find! 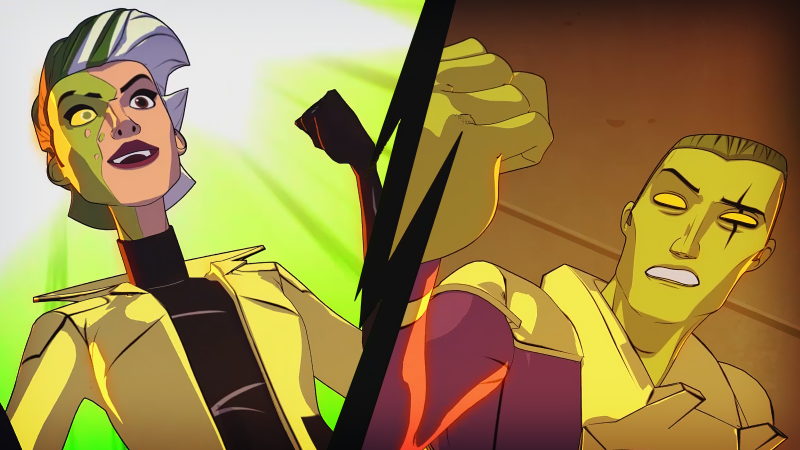 A super-huge update for all our super-great Hot Lava fans! Along with the traditional assortment of fixes and optimizations, we have some exciting big additions.

New Characters
Bring on the bad guys! The diabolical duo Lord Sludge and Poizone make their Hot Lava debut bringing with them a whole new heinous set of moves. With “Poizone’s Pounce” players can defy gravity with a powerful double jump while “Sludge’s Slime Surge” gives players a surf boost wherever they want. Plus watch Sludge and Poizone in action in a brand-new G.A.T. cartoon playing in the Basement world.

Toy Level Up
Take your characters to the next level by collecting our glowing lava crystals: hit checkpoints, finish courses, and collect the new XP shards scattered throughout the game. Leveling up each character unlocks brand new items and features, including exciting new full-body Skins and lore-filled Action Files so you quiz your friends on G.A.T. trivia. Each character unlocks unique content so be sure to try them all!


Take care, have fun, and stay off the floor!