Program little office workers to solve puzzles. Be a good employee! The machines are coming... for your job. From the creators of World of Goo and Little Inferno.
$14.99
Visit the Store Page
Most popular community and official content for the past week.  (?)
My comments on.....comments.
I just got the game, and while I am enjoying it, I do have one really big complaint. The commenting of code requires you to write with a mouse instead of type out the comments with the keyboard. Who exactly thought this was a good idea? I get it: drawing out a cat picture in your program code with the mouse or trackpad is kind of in line with the goofy fun aspect of the game, but I for one have a "big hand" when writing notes on paper. There's also the issue of those people who may have motor dexterity i...
2

Perfect Game - Human Resource Machine
This guide contains fully optimized solutions, both speed and size for every year. All achievements. No explanations! Only the code. Just copy and paste. ↓ Please rate this guide if you found it helpfull. ♥
393 ratings 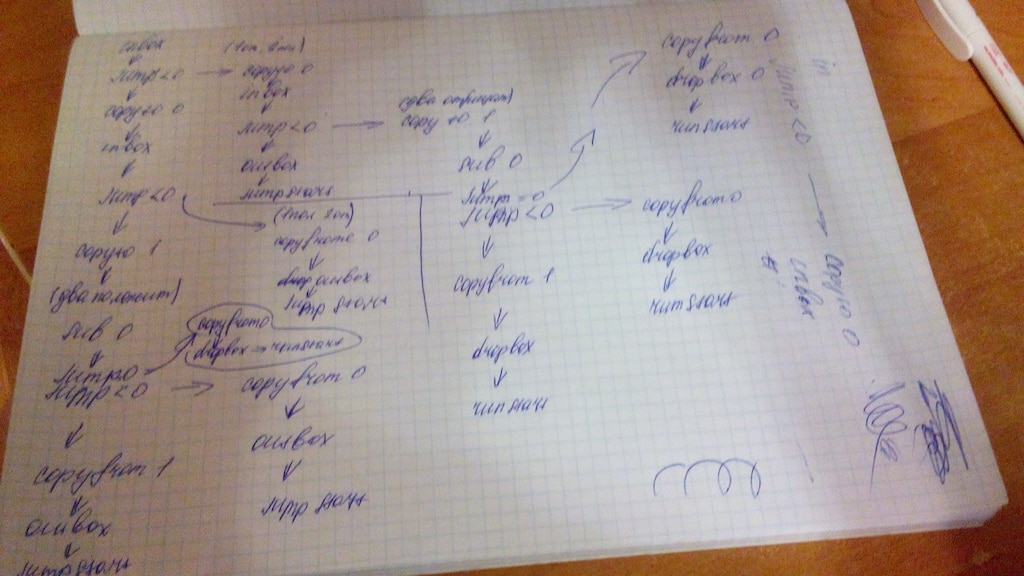 Hints, Tips, and Solutions
Hints, tips, and solutions for all levels of Human Resource Machine. Includes solutions for both size and speed challenges, as well as alternate solutions for some of the trickier levels.
95 ratings 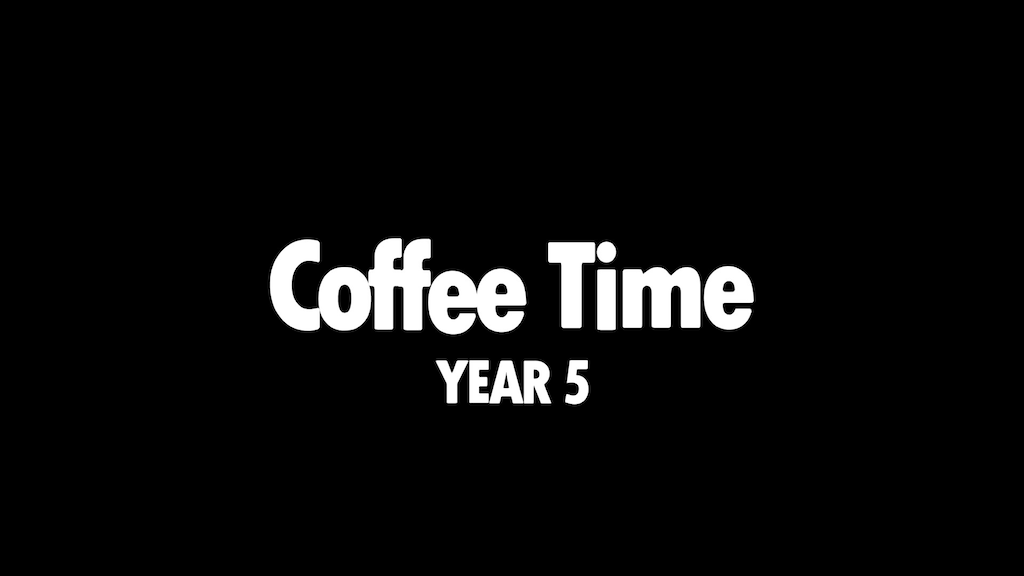 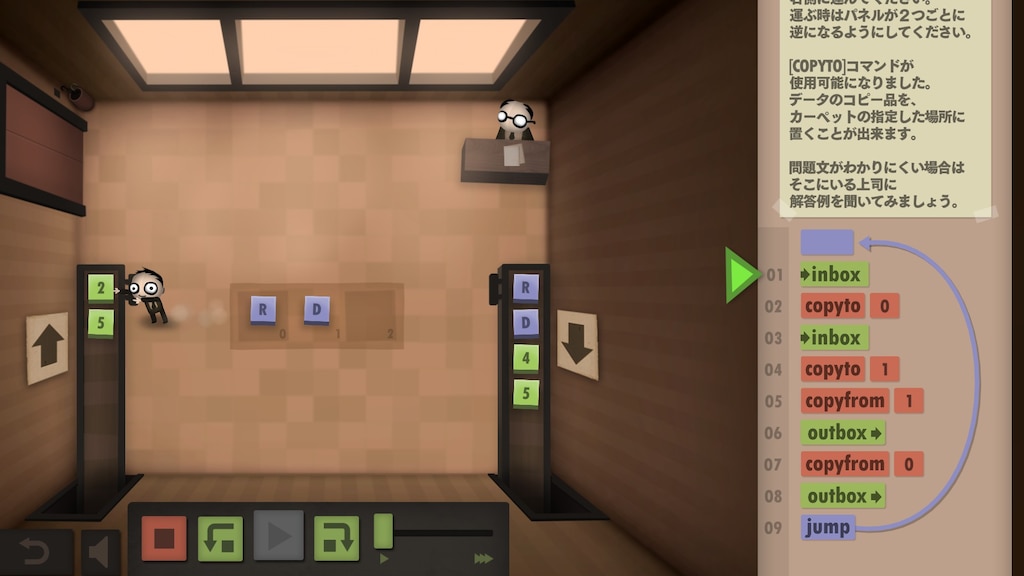 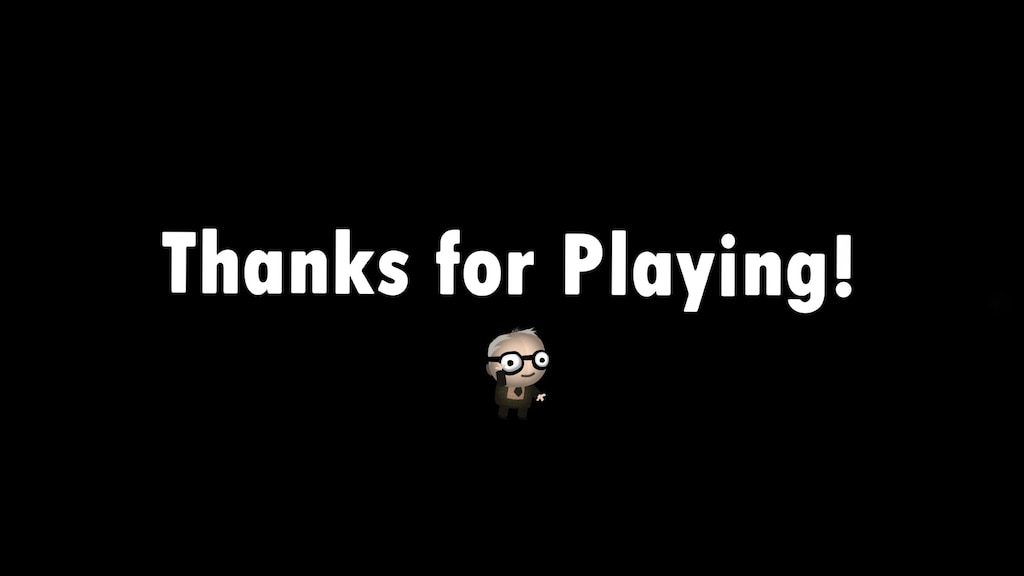 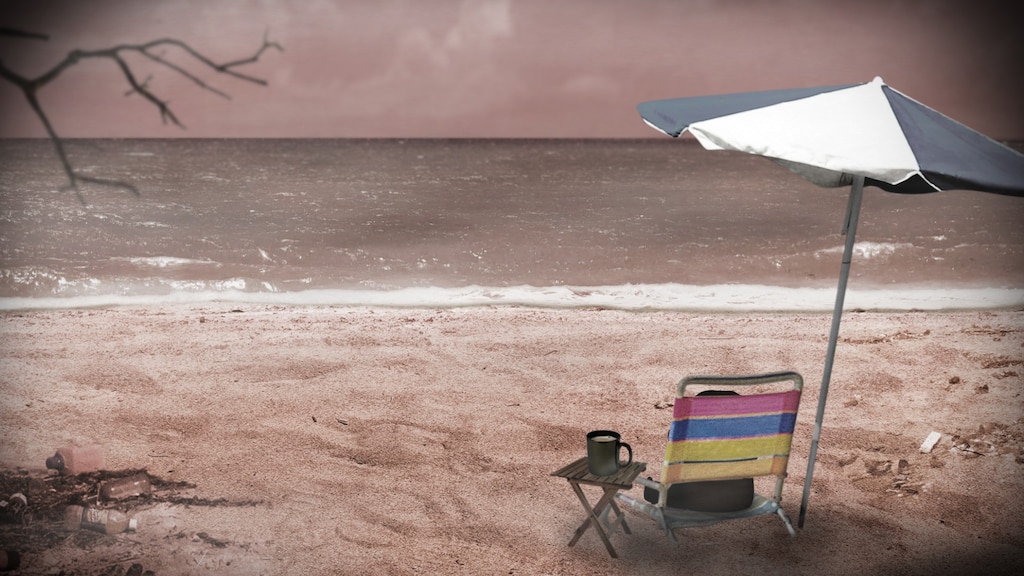 0
4
What a lovely day for visiting the beach! 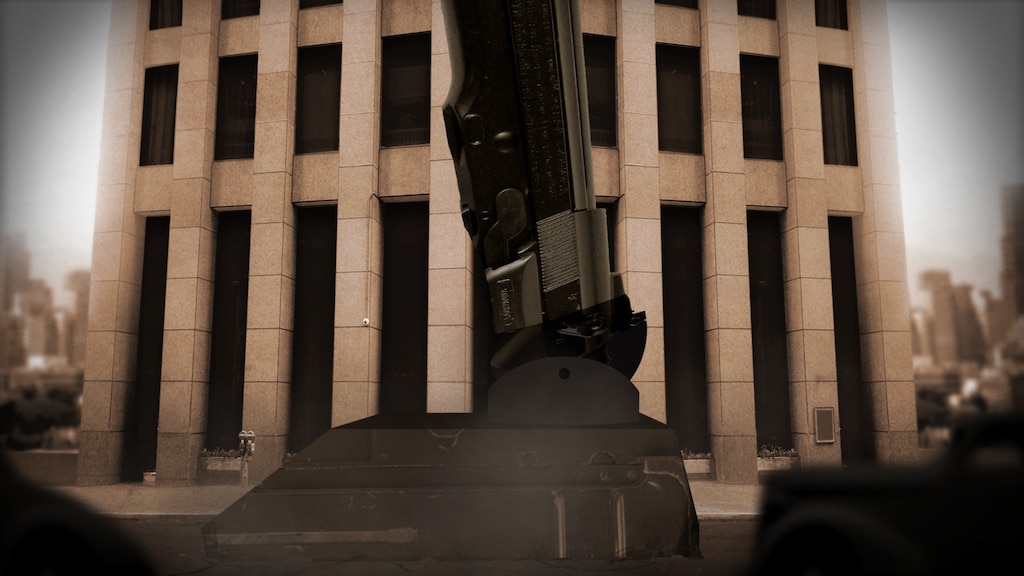 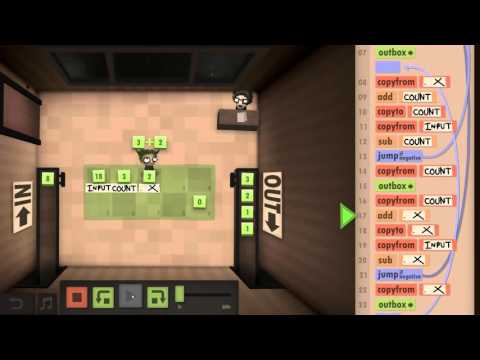 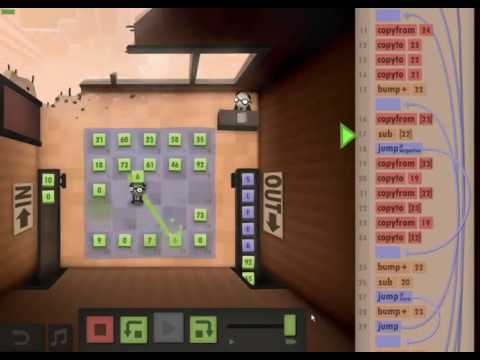 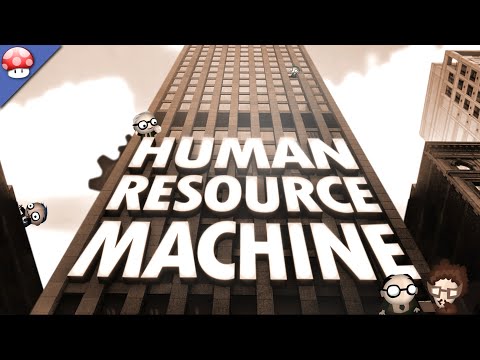 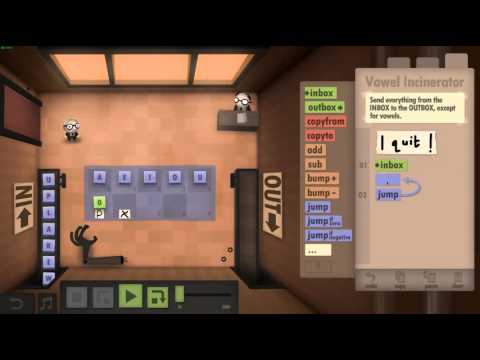 0
0
how to rage quit in Human Resource Machine 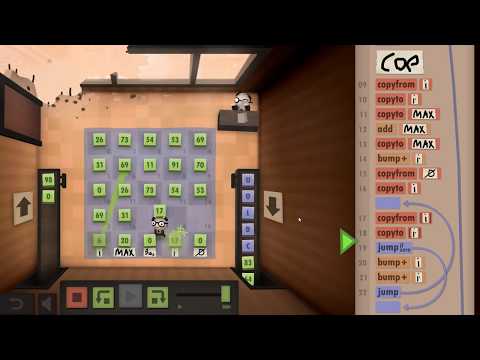 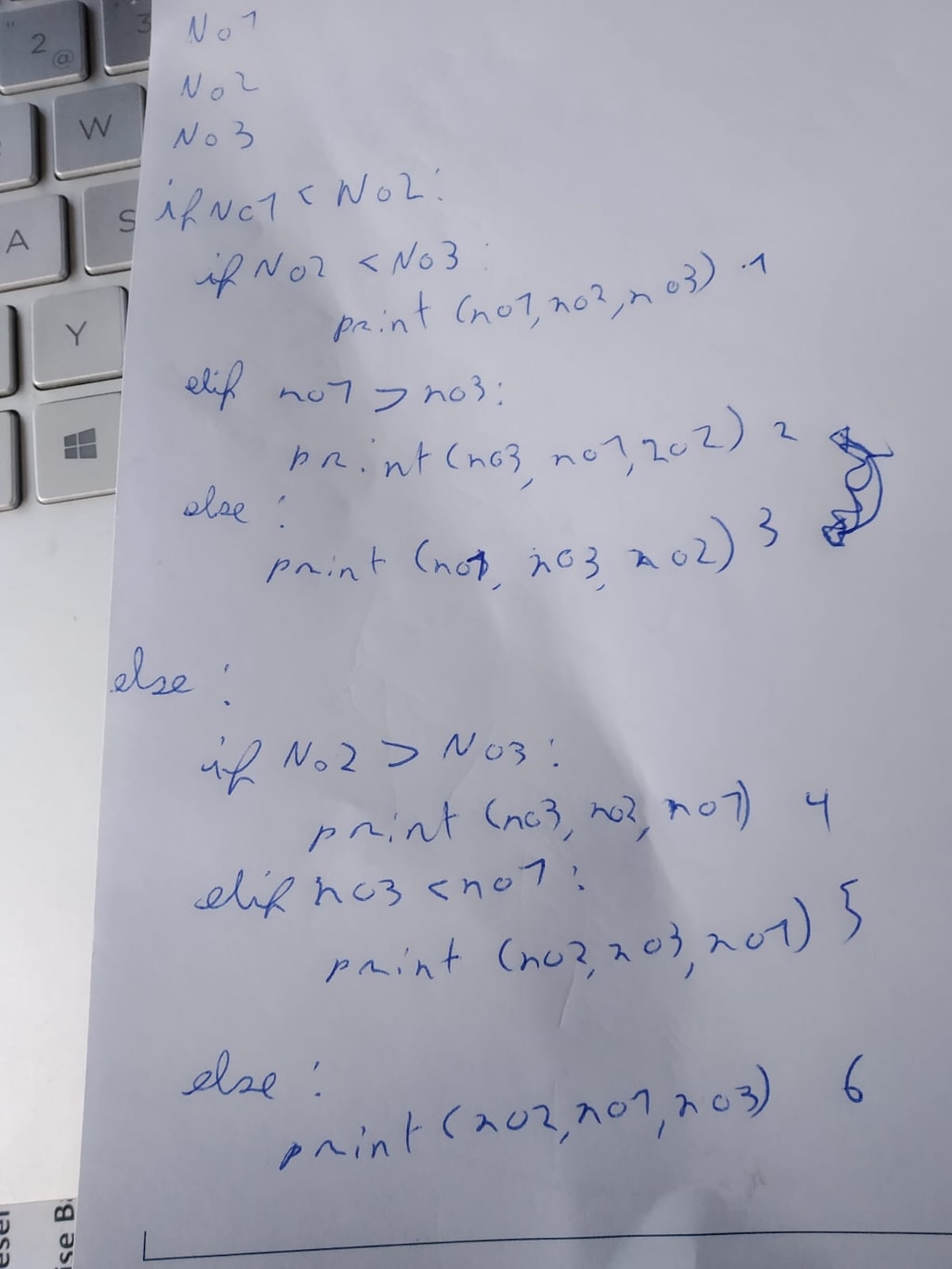 Aap op Sokken
Apr 15, 2020 @ 7:50am
General Discussions
A Rough List Of Programming/Optimization Puzzlers
Like any Zachtronics game forum, there's a mandatory thread that contains a bunch of games in the same genre. So! Micro-Timing Optimization Puzzle Games (building solution requires rearranging multiple inputs - a game that has only one of a kind of i...
78

Recommended
23.5 hrs on record
TL;DR While lacking long-term game replay, Human Resource Machine is an engaging puzzle game worth the money and time spent, but only if you can handle the various IDE issues it has that sometimes trips it up, and make you actually want to ragequit and uninstall at times.

Disclaimer: I was a programmer and systems administrator over a 20 year IT career, with limited experience with Z-80A Assembly Language programming during my TRS-80 days in the 1980s.

Human Resource Machine from Tomorrow Corporation is a puzzle game that asks you to write a program to make an employee of a nameless company complete tasks. These tasks are varied but share a common theme: you're in an office with an inbox, an outbox, a boss sitting at a desk, and many data cubes assigned numerical values. From there you take these data cubes that come in from the inbox, do something with them, and take the end result to the outbox. This might seem terribly boring but it's not and will even hold your attention for the following reasons:


The bosses that sit at a desk in the room with you are there to tell you what you need to do, offer examples to help clear up any confusion you might have about what needs to be done, and give comical relief when asked to "tell me more". They will also tell you, in a rather abrasive and jarring bad boss manner, if you screwed up or at least present a programming solution that will work only some of the time. On that latter point, they will explain WHY your solution fails, or will fail in some cases, which I found very helpful.

The programming language you use is akin to assembly language, complete with jump statements reminiscent of Ye Olde Dayes of spaghetti code programming and very basic arithmetic commands (ADD and SUB). If you have even a bit of assembly language programming experience, you shouldn't have too much trouble. If you're more of a high-level programming language affectionato comfortable with BASIC, Python, or the various C languages, it's going to be harder for you: a conditional jump statement is not the same as a conditional decision statement and there's no modern programming conventions like division and multiplication, modular programming design like subroutines, or variable specialisations. You'll need to unlearn what you've applied in those languages, and a newcomer to programming will actually have a better time understanding the command set than a seasoned high-level language person like myself. The only reason why I was able to adapt and complete the game was that I used to program in Z-80A assembly language on a Radio Shack computer as a hobby back in my teens.

While I highly recommend this game, It's not without its faults and it is worth noting before you make the decision to purchase. I'll start with the IDE and I won't hold back on what I'm about to say. It's a dog's breakfast previously eaten and later regurgitated. A complete and total mess. I can say this because I've worked with so many IDEs as far back as the 1980s with IBM's OS/400 text editor for RPG/III and CL/400. I have tons of experience --- not a brag ---- with IDEs and I know what things make a good IDE. This IDE has no indentation whatsoever so when dealing with nested JUMP loops its easy to lose track of where things are supposed to happen with flow and scope. The use of curved lines to show the execution sequence is a start but they are not colourized or earmarked unless you click one jump statement. There's a reason why we use colored cables (or at least labelled ones) when setting up a computer or a stereo system. It's so we know where things are hooked up.

The biggest issue I have is probably one of the most important parts in any programming language: the comment. In Human Resource Machine, you can comment your code but you can't use the keyboard for documentation. You write with either your mouse, a trackpad, or some sort of drawing instrument. WHY? I can only imagine how the folk at Tomorrow Corporation came up with this idea during a meeting:

Person A: We need something that will make our game stand out from the rest of the pack.
Person B: We have cute adorable characters set in a comical environment!
Person A: That's not enough.
Person C: We focus on gameplay mechanics that drive an engaging storyline rather than mindless high-end graphic eye-candy!
Person A: Nah, we need more!
Person D: ....
Person D: I. GOT. IT. Instead of typing comments in your source code....we either write them or draw them out.
Person C: That's EDGY!
Person B: No one has done this before! We'll be the first to put cat pictures and dirty artwork in programs!
Person A: Make it so!

It's like putting a ton of sticky memos on my compile-time printouts and handing them to the project leader. Just no dirty artwork, you understand. I'm a class act despite what you see the portrait picture.

How does this work for someone without a writing device, or have a physical impairment? I suffered from tunnel carpal and using a mouse to write my comments out was making my wrist hurt. There should have been a choice to use the keyboard in place of writing comments out rather than having writing the only way.

To put a bow on my list of issues, the replayability factor is non-existent. Once the last puzzle is done and the final cinematic is played (a pretty good one I must admit), that's it, done. There is no workshop option like in Opus Magnum where you can create puzzle challenges to share with other players. I could go back and try to make my previous solutions more efficient or faster, or do the side-tasks which are optional, but I have had such a bad experience with the IDE (it actually upset me enough times to make me want to rage-quit and uninstall), I don't have a desire to return back to it.

Don't let the nitpicks I made put you off though from buying the game though. I highly recommend it because It's really good and a nice intro to programming if you are flat out new. Just treat it like a one-night stand: you had fun with your date, but there were some characteristics about him or her that put you off from wanting to take it any further after the night was over. Enjoy it while it lasts.

Recommended
13.2 hrs on record
I'd recommend even if you've got no interest in programming; it's a unique challenge to think as literally as a computer must and the process of discovering new techniques and abstractions is more rewarding than the "a-ha" moments of most puzzle games. It's also a very fun introduction to the manner of thinking required to program assembly language - I definitely found it useful playing this before starting a low-level programming study unit (Nand2Tetris).

Recommended
15.7 hrs on record
a:
BUMPUP rating
JUMP a