Built from scratch, enjoy breathtaking visuals, enhanced audio and improved, deeper gameplay as New 'n' Tasty reignites the original Oddworld: Abe's Oddysee using the latest next-generation technology.
$19.99
Visit the Store Page
Most popular community and official content for the past week.  (?)
Oddworld: Soulstorm announced as an Epic Exclusive *update with dev response*
The Epic Games Store trailer at the Gamescom 2019 just announced Soulstorm for the EGS in 2020. Here the official statement by the developers: https://twitter.com/OddworldInc/status/1163542883036737537 Summary: The game was entirely self-funded (as said by the devs in May 2019) but they need more money to finish the production so they went with Epic because they "provide them with an advance on their PC sales". The game will launch in 2020 both on PC and consoles. And here the EGS trailer featuring Od...
216 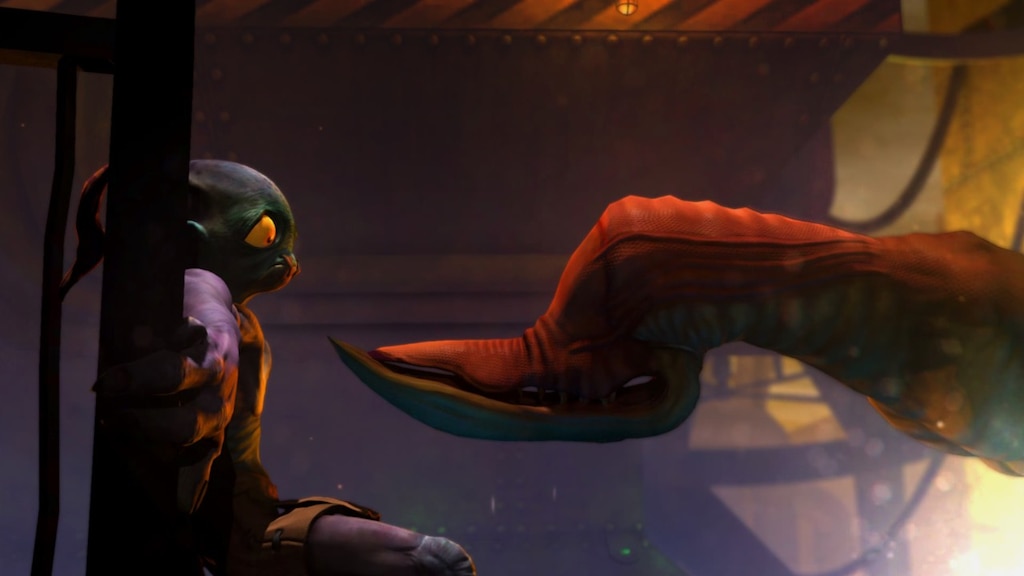 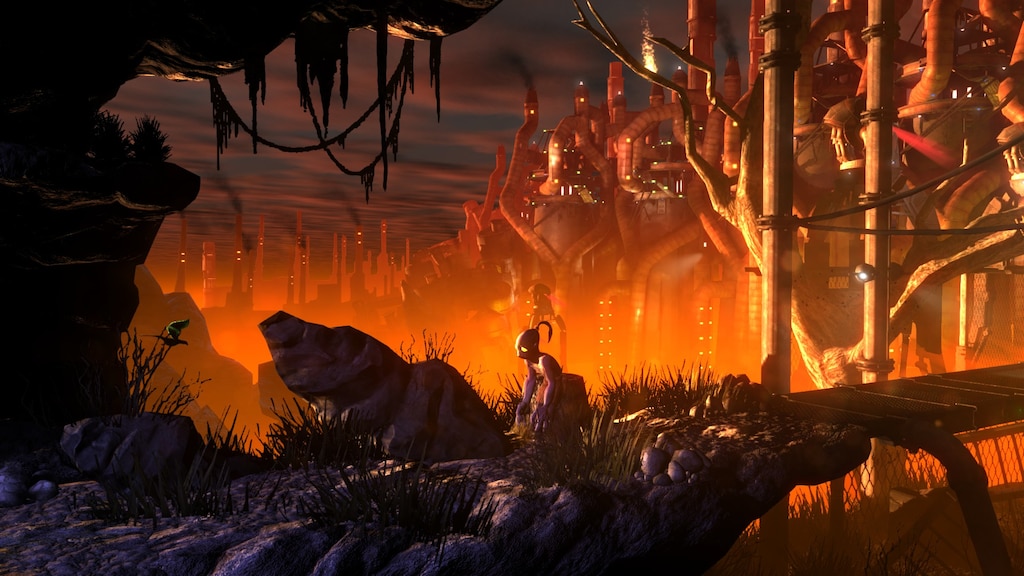 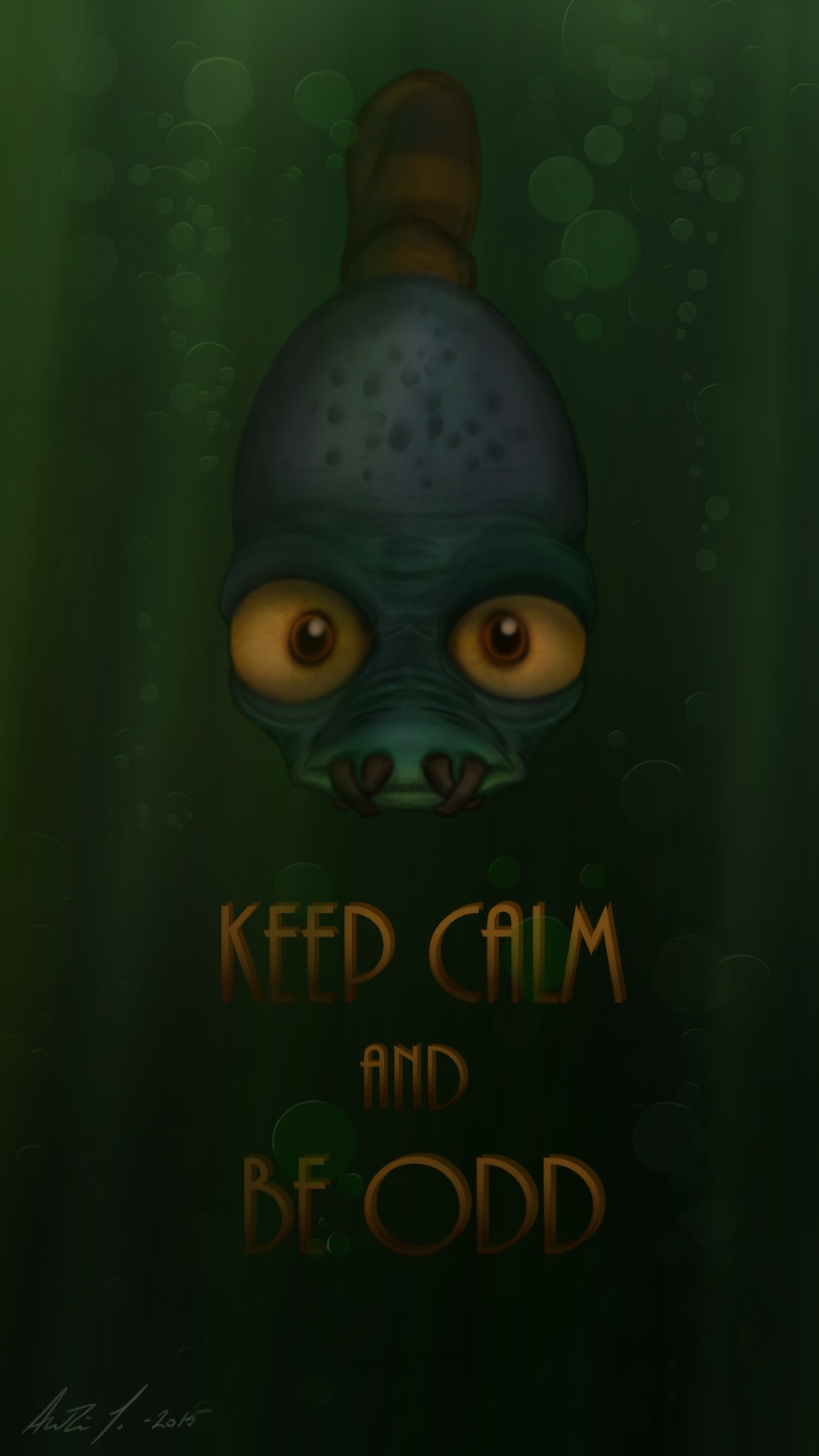 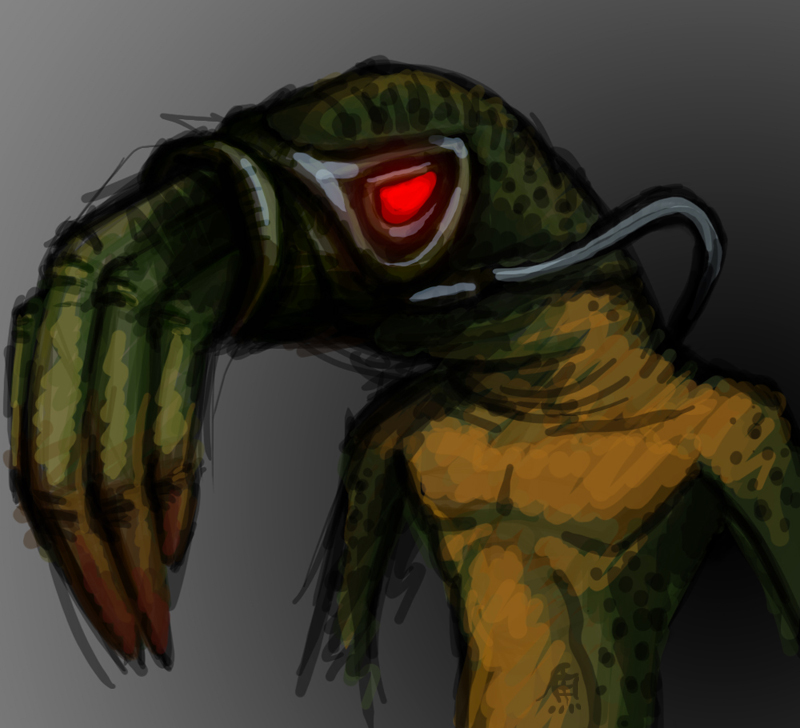 How to use Old School controls
Oddworld: New 'n' Tasty features 'old school' controls that alter how Abe is controlled - find out what they do here.
94 ratings 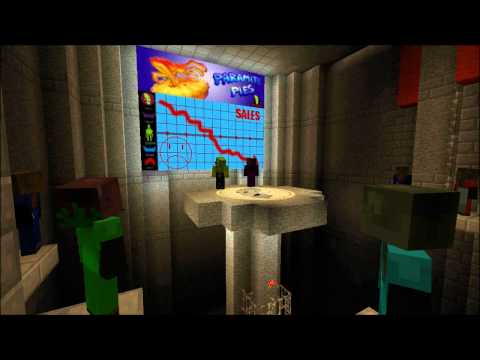 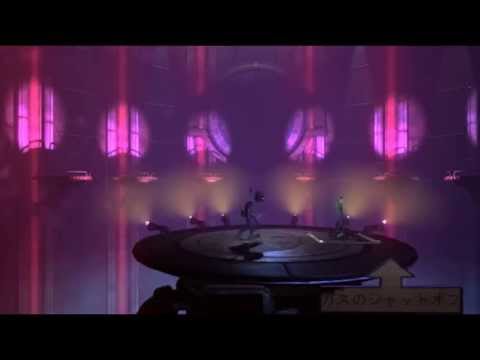 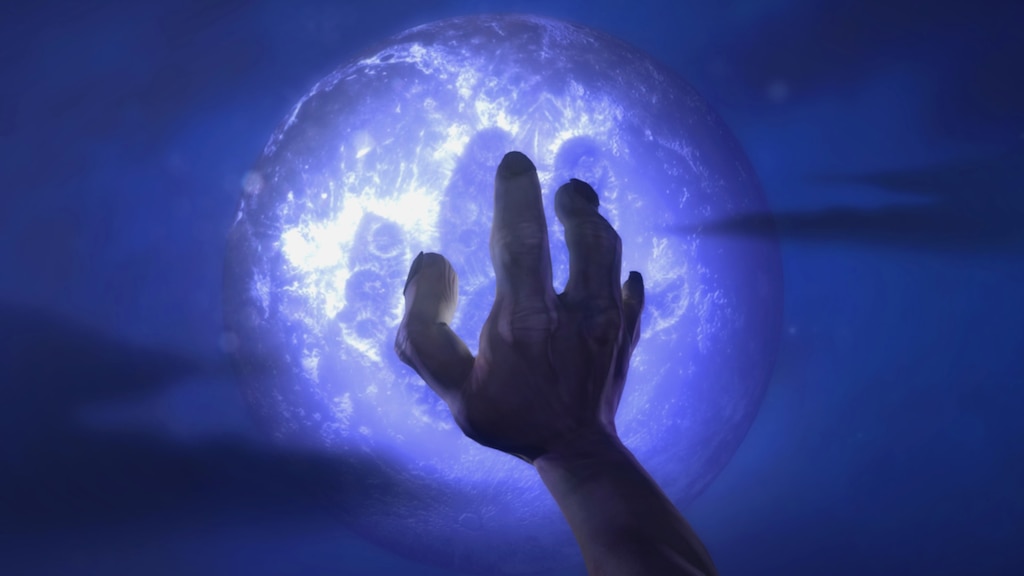 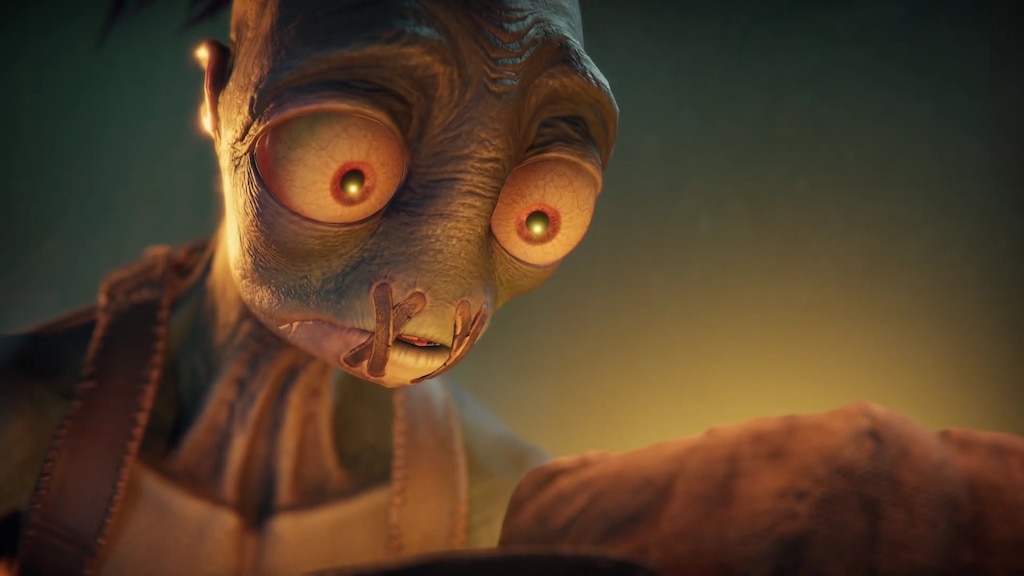 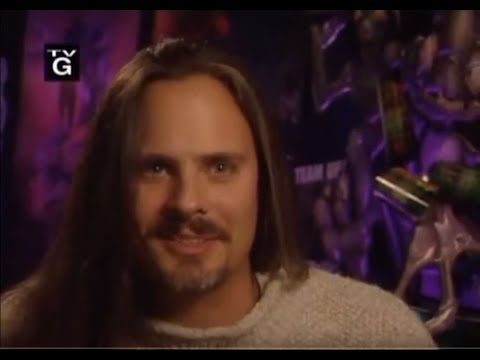 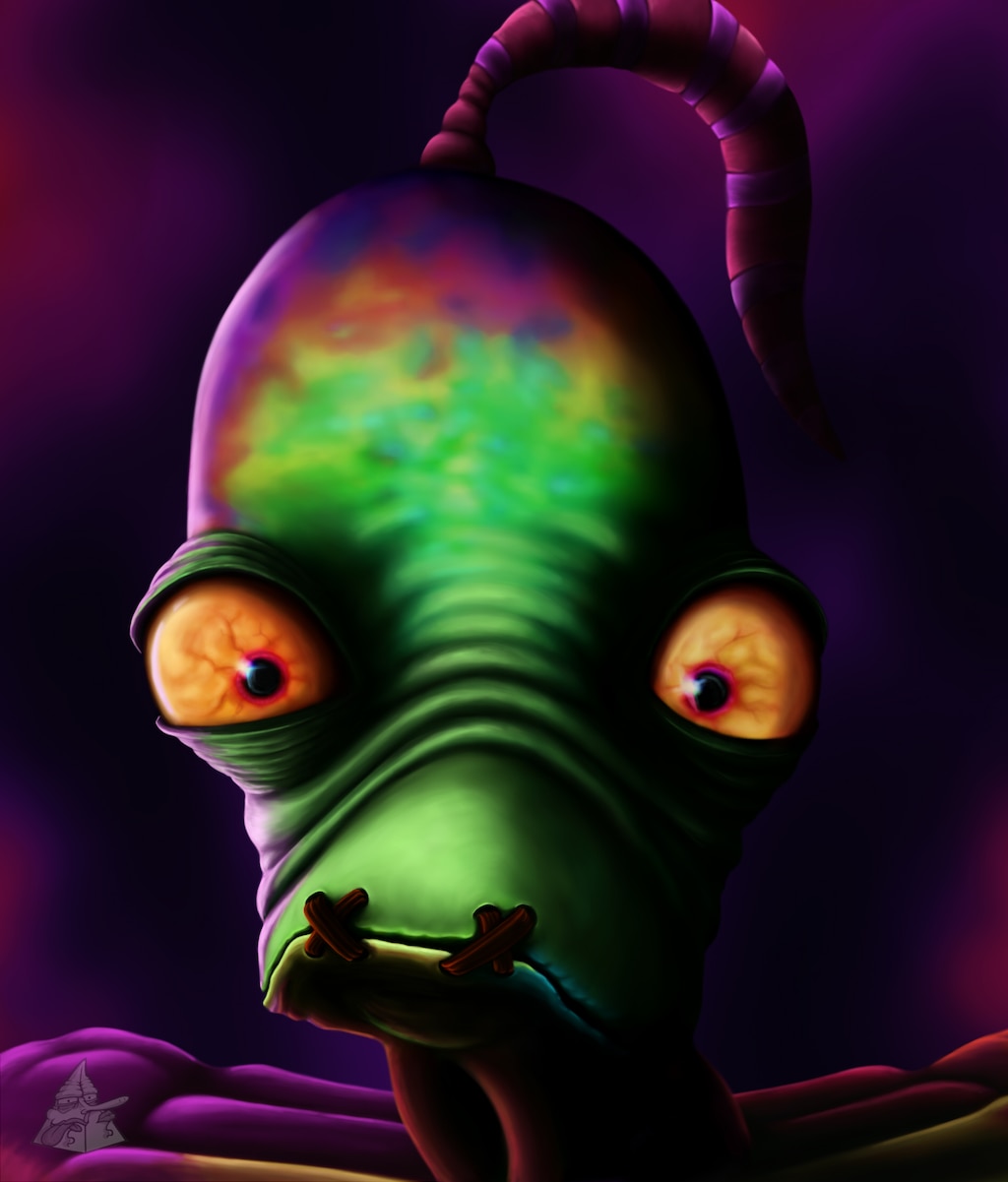 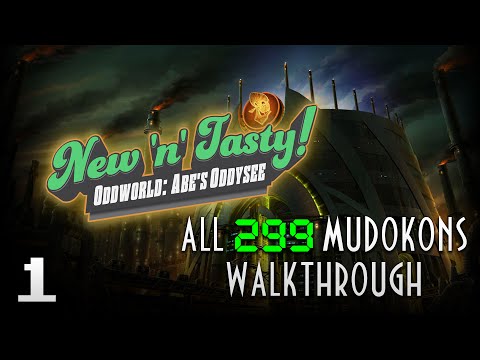 mirage
View screenshots
Soulstorm steam?
If you don't add your new game to Steam, remove older ones as well. What's the point?
56 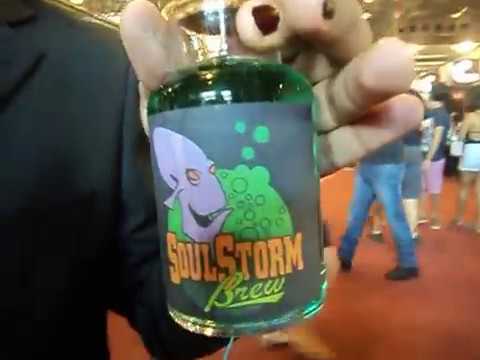 I recommend this game if you are a big Oddworld fan who wants to support the developers, otherwise you are doing yourself a great disservice by playing this instead of the original. This is a good game, but only because the original is a great game.

New 'n' Tasty is an adequate remake. You can tell a lot of love and effort went into the project. A lot of thought and care to try to recreate the original game. Unfortunately it falls far short of the best aspects of the original. In my opinion, the most important aspects of the gameplay and art direction did not get anywhere near the amount of attention they deserved.

I tried New 'n' Tasty when it came out. I was extremely excited for it's release, only to be disappointed immediately upon entering the game world and moving my character. Upon revisiting the old games recently (saving all Mudokons :p), I decided to pick this up and give it another chance. I'm sad to say that my experience has not been any better. I will do my best to describe some of the many reasons behind this experience.

Abe's Oddysee is often described by certain players as being "clunky" and "dated". This makes me question just how much these people actually played, because fans of the series know it is anything but. In reality the game is precise and deliberate. You have complete and utter control of your character. Every action, every button press, is completely dependable. You know what to do, you know how to do it, and you know what will happen when you do it. When you fail it always feels like your fault. Your movement is binary, that is to say it is on a grid, meaning every movement will always cover the same distance without exception. You know you can jump over exactly 2 spaces, and run jump over exactly 3. You know you will catch that ledge, you know you will dodge that blade, you know when you will be safe or in danger. You can trust your character will do what you want them to do. Every puzzle is perfectly designed for this system of movement with thoughtful specificity. The puzzles require the movement and screen separation mechanics in order function as intended. It could work without the screen separation, but without the movement almost everything completely breaks, this is the main issue with New 'n' Tasty's gameplay.

New 'n' Tasty, at least to players coming directly from the original as you can see from the many negatives reviews here, feels like the broken clunky game people think Abe's Oddysee is. The movement is no longer locked to a grid and there is no separate screens, yet many of the puzzles are almost 100% faithful to the original. This is a major issue that causes it to feel like a mess that doesn't know what it wants to be or how to be it. Many of the game is much easier by design, which I can forgive, but for some reason specific aspects are much more difficult for no apparent reason. Saw blades are way too fast and much shorter, you can no longer jump, walk, or run past them. Instead you must roll with a roll that is much slower than the original, causing you to have to creep up as close as possible with the analog control and just pray you make it though. Toggle mines are way harder to time, they no longer beep dependably each flash, they only have a single green flash and a single beep that is again much faster than the original. Due to a bug that has existed since launch, the higher your fps is the faster the traps are, even to the point of impossibility. Why make so much of the game easier if you are going to make those parts more frustrating? It makes no sense to me. It is clear little to no thought went into the accuracy of these traps, and they were poorly imitated in order to focus on other, and imo less important, priorities of the project. No classic control scheme at launch, and even now the anemic options available are clearly an afterthought as to this day you still cannot play New 'n' Tasty with the original controls. As a remake this should be unacceptable. What you must realize is when classic players start this game up, the first thing they are going to do is choose hard mode (classic health) and set their movement to the dpad. This is a recipe for a horrible experience, as it is clear New 'n' Tasty was developed with a focus on analog stick controls with the "normal" difficulty setting (more health). The dpad is useless without dependable movement, and the classic health that used to be rewarding and exhilarating, is now just a boring session of save scumming using the newly added quicksaves just hoping you will make it past that trap this time. It feels unfair and cheap when these traps kill you, it does not feel like your fault. It is the worst kind of punishing, the kind that is not rewarding. Ledge grabbing and dropping looks/feels wonky and unnatural. Instead of the clean and natural animations of the original, you jerk up and down like a magnet. When you run off of an edge and/or fall in the original, you keep your momentum depending on your speed. In New 'n' Tasty, your jerk unnaturally to a stop and fall straight down as if you are immune to inertia. It feels unimmersive and looks awful.

What used to be smooth, thoughtful, fun, and challenging puzzles are now an unpredictable mess of incompatible mechanics roughly sewn together in a way the looks recognizable but no longer feels fun. Depressing when you realize that this has been and will be many people's only impression of Abe gameplay, a first impression that sadly supports the myths of clunkiness and unfair difficulty.

Abe's Oddysee has this brilliant and concise art direction I have never seen before or since. Each and every background, sprite, sound effect, animation, and musical score is meticulously crafted with a loving passion to fit perfectly within the look and feel of the vision they were trying to create in an impressive level of accuracy and quality. To the point the designers had a literal list of commandments that everything had to follow, no joke, look it up. When I start up the original games, I immediately feel immersed into this world completely alien to my own. Often it does not look like a game at all, it feels like a real world. The expertly crafted story, ambiance, and atmosphere is unforgettable to those who have dove into it's world. It's the type of game that leaves a lifelong impression on it's players.

New 'n' Tasty looks like a typical 3D unity platformer with shiny graphics. The dark gritty factory is now glaringly shiny and new looking. What used to be torn posters are now blinding billboards. Subtle checkpoint indicators replaced with giant glowing signs. Dark night time scenes are filled with obnoxious amounts of distracting light sources. Rust is replaced with shiny and clean futuristic metal. Characters no longer die in the same hilarious realistic ways they used to, they now die like janky ragdolls. The game just can't wait to remind you that it's a game any way it can whenever it can. I sadly have yet to feel even a fraction of the immersion I feel with the original. Rupture Farms used to be a dark place where you were shot without question for even trying to talk to another slave, now the slaves repeat the same dumb jokes repeatedly and often with no repercussions. It's funny hearing a slave complain about not getting paid once, but 10 times in the same level? Not so much.

I am in love with the world of odd and have been for a long time. New 'n' Tasty at best misrepresents this amazing setting.

Despite my passionate disapproval, I don't hate this game. Nor do I hate the developers or the players that enjoy it.

I want you to buy this game, I planned on recommending this, because I want Oddworld Inhabitants to make more games. I have hope for their future works. However, I cannot honestly recommend this title when such a vastly superior version exists for much cheaper.

Zensuu
128 products in account
1
Awful Framerate
I've a MX150, during gameplay the framerate is 25 fps. I did what the devs recommended: PostProcessingSettings put false to everything. I checked that the game was using the MX150. Any idea of how to fix it? Thanks!
7

MAXIMUM SPEED
Sep 26 @ 7:09am
General Discussions
Controller doesn't work
Sup, when i enter the game i only can use left analog stick. I play on ds4, win 10. I tried: - Turn on xinput in game menu - Install dx9 for older games - Using ds4windows to emulate xbox controller - switching different controllers on "steam=>settings=>controller settings" - Switching usb ports for controller, rebooting pc, etc. Question. Wtf wrong with this game and game developers? Why should i spend half of my weekend just to try to make this piece of software they are calling game work propperly? an...
6