Embark on an exotic journey into danger in this rip-roaring 1930s third person adventure for 1-4 players! Encounter pulse-pounding action, treacherous traps and tales of derring-do!
-80%
$49.99
$9.99
Visit the Store Page
Most popular community and official content for the past week.  (?)
Thinking bout buying. Replay Value?
What kind of game is this? One u just play through once or one with lots of replay value? Opinions please.
9

Easy Gem Farming
Video guide to get all upgrade gems easily at the beggining of the game.
53 ratings 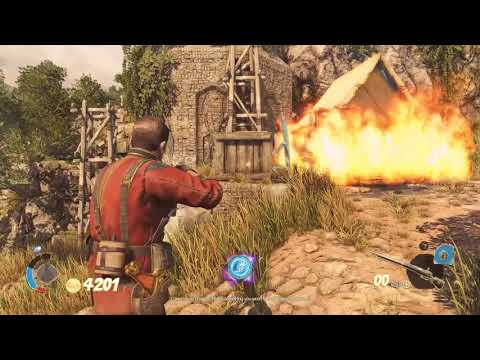 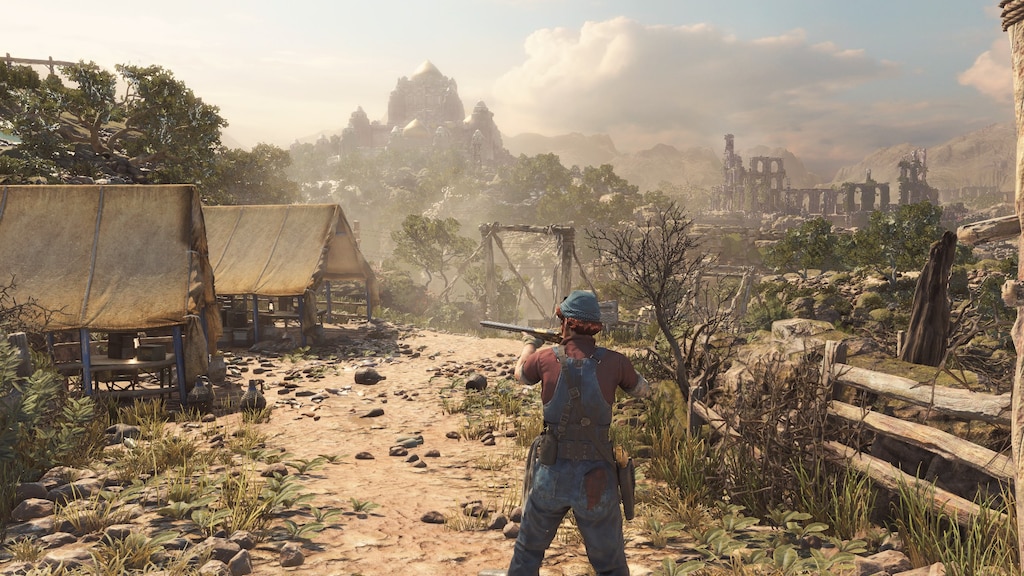 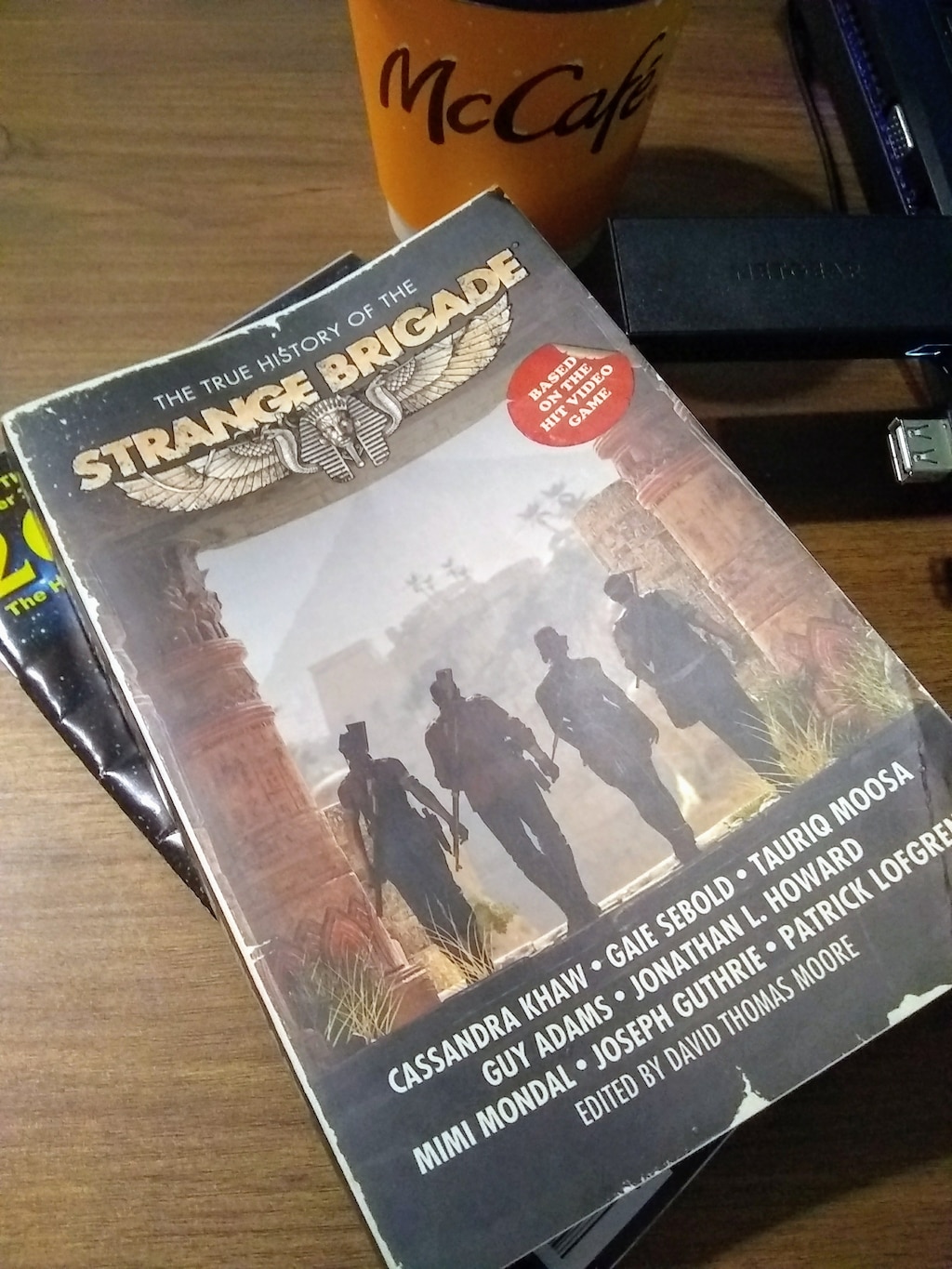 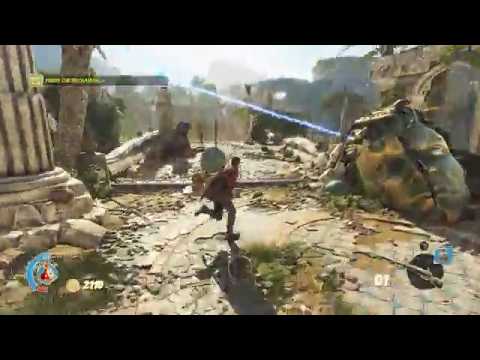 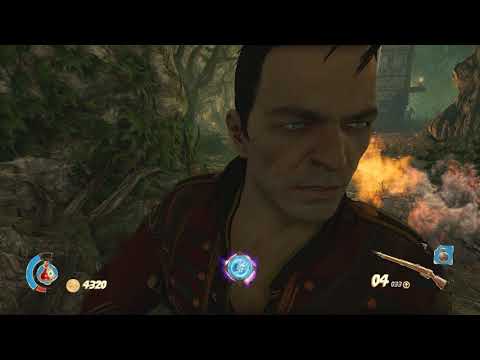 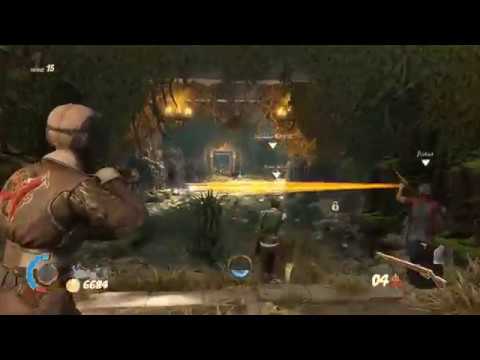 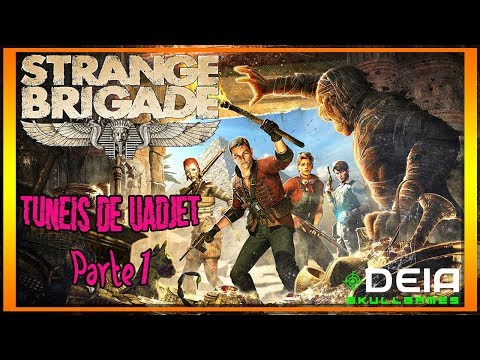 Recommended
33.5 hrs on record
This came as a surprise for me.
I always expected this to be just a second grade game, since Zombie Army Trilogy is the big zombie game from Rebellion. But oh my, I was wrong. They gave the same level of attention to Strange Brigade as they did to any other game they made.

They took the same concept, you have a stage to go from start to finish, but they introduce puzzles, special powers, special weapons, removed the safe houses and made everything simpler. But just because it's simplistic doesn't mean it's not good.
The way the story is presented to you, like an antique cheap cartoonish radio novel from 1930's, being narrated even cheaper, makes you feel like a Charlie's Angel knockoff that got thrown into an Indiana Jones movie.

Every single stage is gorgeous. And they took the perfect decision to include a photo mode so you can record those beautiful places. I don't know, it's just a feature I love in games.

It's very fun, playing solo or with friends, it has a well balanced difficult (except for the bosses when you gonna ask for mercy, but it's very manageable even solo), lots of things to do, collectibles to find and secrets to discover. By the time it gets repetitive you will have sank many hours into the game, making it well worth your money.

It's a good alternative to coop games and higly recommended, including the DLC's.

Recommended
27.2 hrs on record
Strange Brigade is Rebellion's finest game yet. Filled to the brim with tons of charm and lovely loot! it boggles the mind that it has been overlooked as much as it has. The amount of care and attention to detail the developers have put into everything ranging from the art to the characters and soundtrack really makes it stand head and shoulders above their other releases. The sprawling & lush environments are a joy to explore and presentationwise it easily rivals titles made with AAA budgets. To put the proverbial cherry on top it manages to run at a flawless framerate (of 120fps in my case) on ultra settings to boot.

As far as general gameplay is concerned you aren't just blasting mummified monstrosities in the face non-stop as the combat arenas are broken up by some engaging, albeit easy, puzzle challenges. And when you aren't wrapping your head around those you're keeping an eye out for the many collectibles that litter the beautiful looking levels. It strikes a perfect balance between combat, exploration and puzzling. In that sense it is far more diverse and engaging than Rebellion's other co-op shooter of a similar vein, Zombie Army.

I finished the game in both co-op and solo play and my only major gripe with it is that it feels far too easy to play on anything below the highest difficulty setting. Even at the highest level it can still be a bit of a cakewalk. As such I would recommend any new players to immediately change the difficulty setting to "Extreme" as it really is a pushover otherwise. The horde mode is a nice addition but even this doesn't provide much of a challenge sadly.

Ultimately if you're looking for an incredibly solid and fun co-op shooter that can last you anywhere between 10 to 30 hours then Strange Brigade should be your go to pick. And while the three DLC levels don't offer up anything new in terms of mechanics they do provide more of the same which, in this case, is the best dessert you could wish for.

Not Recommended
1.2 hrs on record
I didn't like it. The graphics are good, the framerate is high, the controls are a bit weird, but the movement feels natural and good overall. However, in my opinion, the gameplay is horrendous. It feels like it's always the same. There's always one corridor to run through and sometimes it's filled with enemies. That's it. I played it with a friend and we spent most of the time searching for the switch that opens the door to the next corridor. Personally, I also didn't like the humour and the narrator. I got bored quickly, and can't recommend it. I guess it's alright for 10 bucks, but I'd be ♥♥♥♥♥♥ if I had to pay 35 for it and buy the season pass as well. Overall: A very meh game 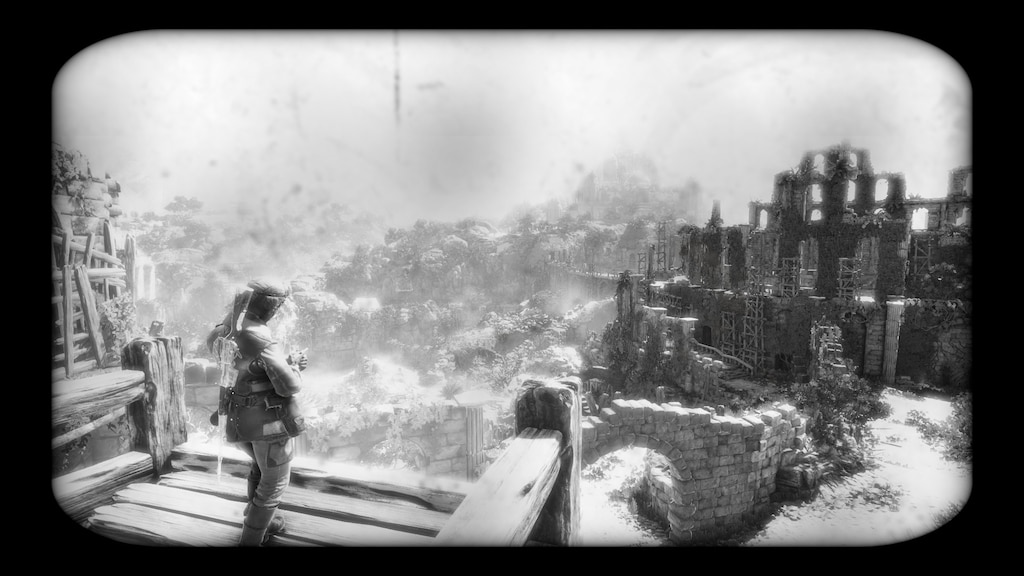 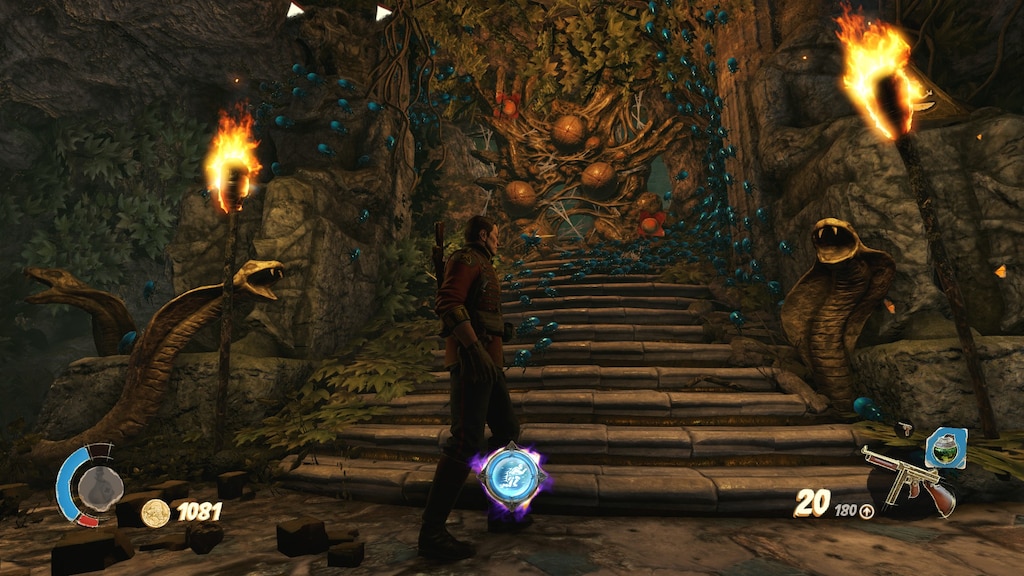 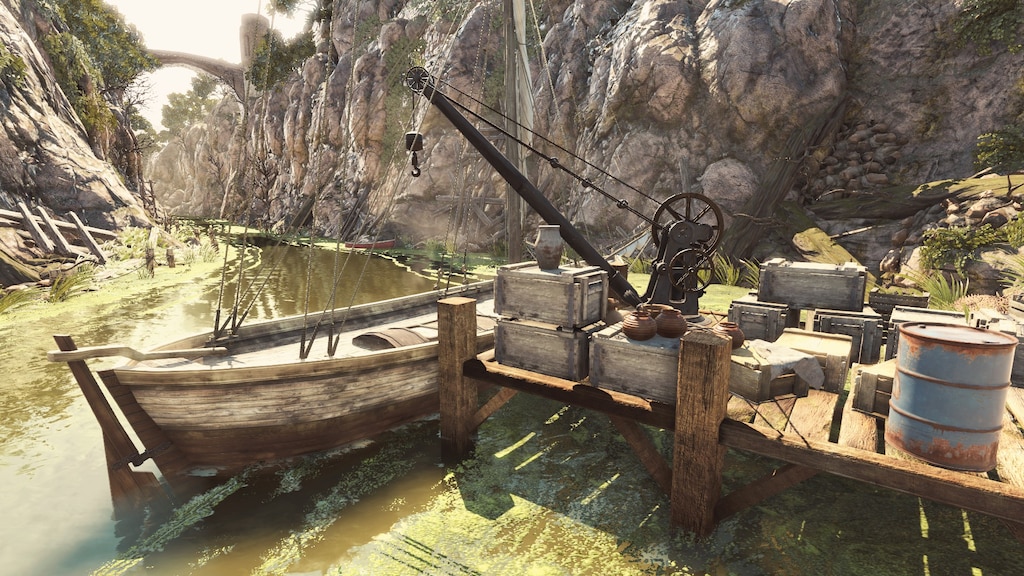 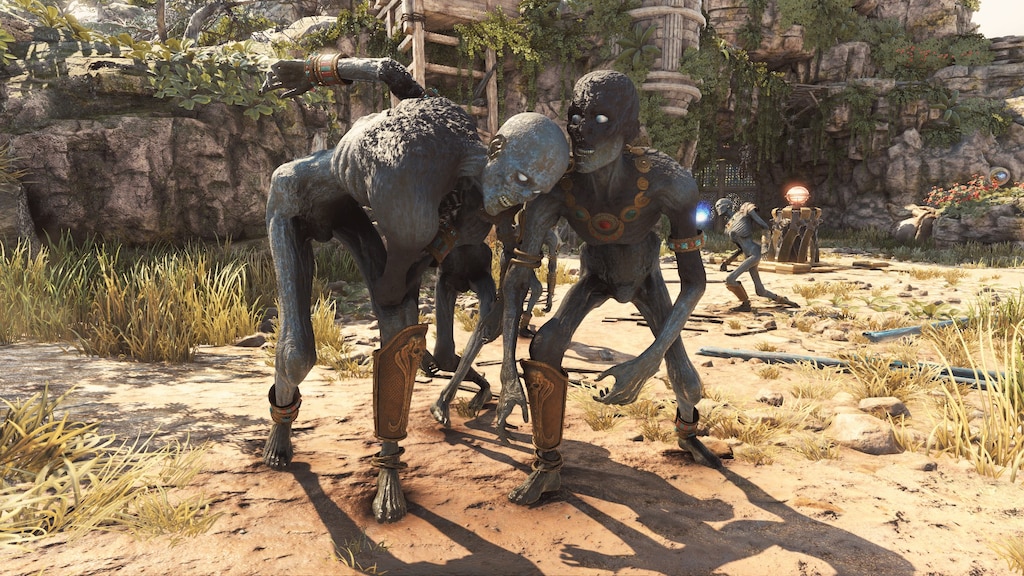 Murilo Matos
Jul 5 @ 3:11pm
General Discussions
swap character side at aiming?
Is there a way to aim with the character at the right of the center instead left?
3

byblo
4 hours ago
General Discussions
Gameplay
Is there an easy mode and do you play with four characters in solo play? Thanks.
7