Pilot a mech to hunt down and destroy the oppressive government of a cyberpunk autocracy. In this fast-paced, top-down-shooter, use overwhelming firepower to destroy columns of tanks and level buildings. Unlock up to 56 unique vehicles and 40 weapons.
-55%
$19.99
$8.99
Visit the Store Page
Most popular community and official content for the past week.  (?)
YOU WON'T BELIEVE WHAT'S IN THIS NEWS UPDATE
Jun 23
💰OBLIGATORY COMMERCIAL MESSAGING
The deluxe edition of Brigador: Up-Armored Edition, which includes our first game, four banger OSTs by Makeup And Vanity Set and our first audiobook will be 57% off until July 7th 2022. Speaking of…

🔉ENJOY THE FIRST HALF OF OUR AUDIOBOOK

We’ve uploaded the first eleven chapters of the Brigador audiobook to our YouTube channel completely for free. Listen to Private Ranulph Kinny get caught up in the violence brought about by the Brigadors in Solo Nobre. If you want the other half, well, we hear there’s a sale going on somewhere…

💀FRIENDSHIP ENDED WITH GRAVE TO THE RAVE 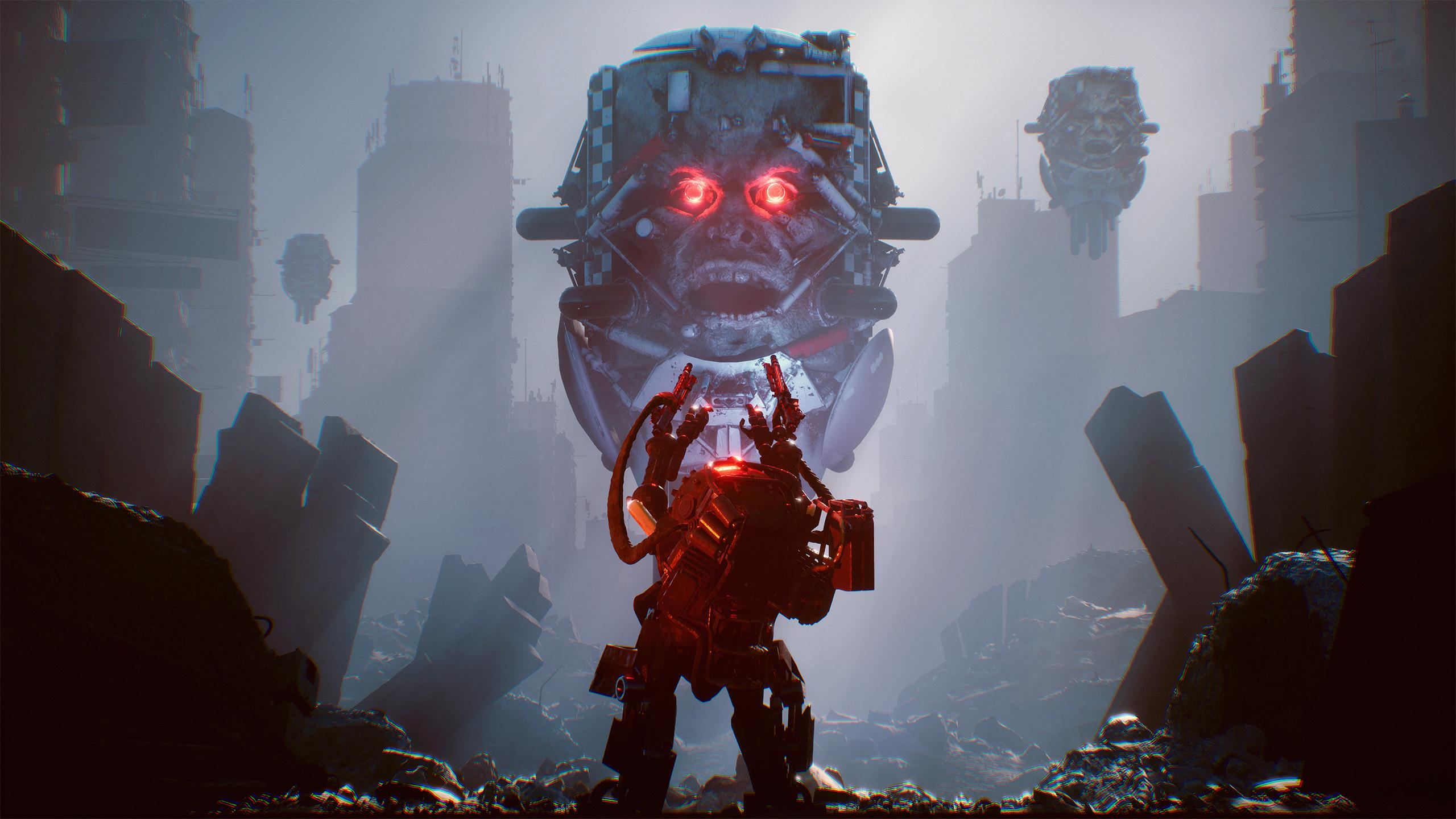 Now Blood Anniversary is your new splash art. We are reverting Brigador’s launch screen to the Zed Prime vs. Mongoose splash from the Blood Anniversary update. If you would like all our previous splash arts as desktop wallpapers, you can find them in this post from December.

🔧COMMUNITY COMPILATION FIXED (AGAIN)
Due to a change in how the game’s packfile handles the loading of assets for the Grave to the Rave update, we unintentionally broke some existing fan mods by inadvertently introducing a hard limit on the length of .json filenames. To be clear: modding was and is still functional, but this change meant the Community Compilation we included with the Brigador Modkit & Map Editor wouldn’t work properly without manually shortening several filenames... which is exactly what happened! Thanks to the hard work of our community moderators Aniviron and SCOREGOBLIN, the Modkit DLC’s Community Compilation has not only had its filenames shortened, but also revised for 2022. Expand the list below to find out what mods will be included in the new Community Compilation:

📺A DEV STREAM ABOUT BRIGADOR KILLERS YOU PROBABLY MISSED

Our gameplay designer Hugh held a four-hour long twitch stream last month, which we’ve uploaded as a separate VOD onto our YouTube with timestamps for your convenience. In it you will hear the opening chapter of the new Brigador Killers’ audiobook, a lengthy discussion on the background to Brigador’s universe, and a couple of new Makeup And Vanity Set tracks from the BK OST to break things up.

💭WAIT, NO SERIOUSLY, WHAT ABOUT BRIGADOR KILLERS? 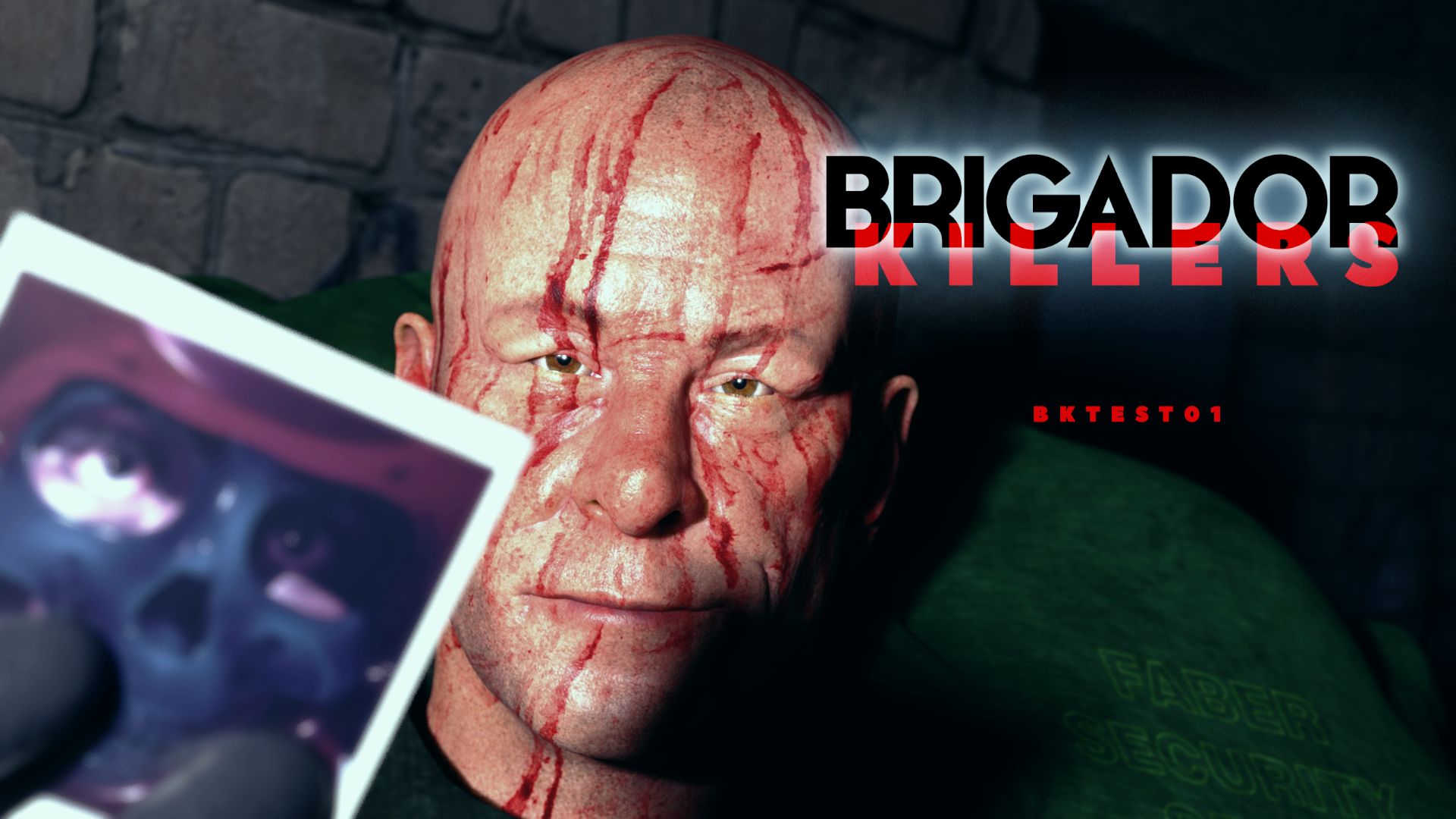 First, yes, Brigador Killers is very much alive. The above splash art (wallpaper version here[i.imgur.com]) is from our first BKTEST; as of time of writing we’re currently approaching our fourth. Slowly but surely we are getting closer towards something representing a playable beta and eventual demo for you to try out, though it is unlikely to be before the end of 2022.

Second, starting next month we will be posting monthly development updates over on the Brigador Killers news hub. If you wish to receive these updates in your library feed – please follow and wishlist our next game.

Third, as part of that initial post – send us your questions about Brigador Killers. Leave them as a comment below this post and we’ll answer them in the first BK update in July.

Finally, we only teased one BK GIF last time, so here's two. The first is of a spacer Rounder tank making a mess of a Mar Nosso police checkpoint...

...the second is of an uprezzed Betushka blowing up one of those Rounders from a recent test build.

Thank you all for reading, see you next month, and enjoy the Steam Summer Sale in the meantime.

Brigador: Up-Armored Edition
391
31
Brigador Killers Design Question
In the Up Armored Edition you made Screen Absolute the default control style. Does that mark a change in design direction, or will Killers still be designed and balanced for tank controls like this game was?
2 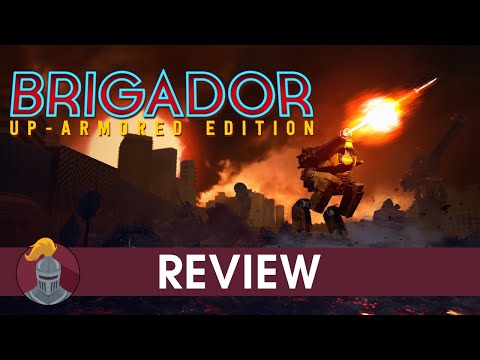 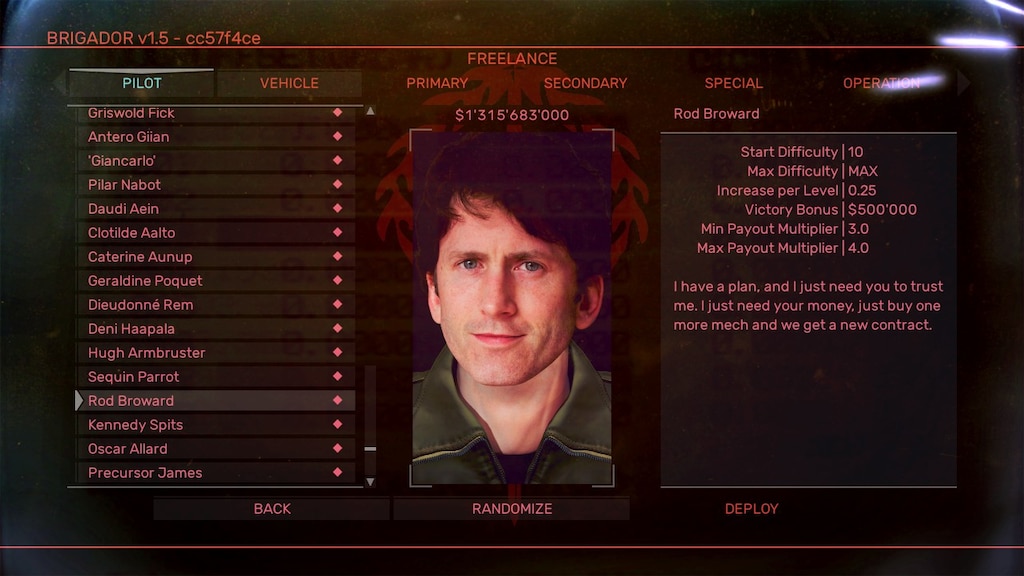 Tips for beginners
Some general tips for beginners covering the fundamental mechanics of Brigador. I tried to keep it as broad as possible for it not to be outdated too quickly and applicable to as many vehicle and loadout combinations as possible.
157 ratings

Donkey-punching, an in-depth guide
Since Brigador suffers from a dramatic lacks of guides on specific build, I've decided to make one. This is all gonna be about the 84mm recoilless rifle "Donkey" : how to use it, on which vehicles, and how to be as badass as Sergent Kroening. Also include...
136 ratings

[MOD] Kayneth's War Machine Roster (Updated 26/06/2021)
This mod seeks to make more of Brigador's hidden roster of vehicles playable, while also ensuring them to be balanced with regard to pre-implemented vehicles and be representative of the machine in terms of Brigador's in-universe lore.
57 ratings 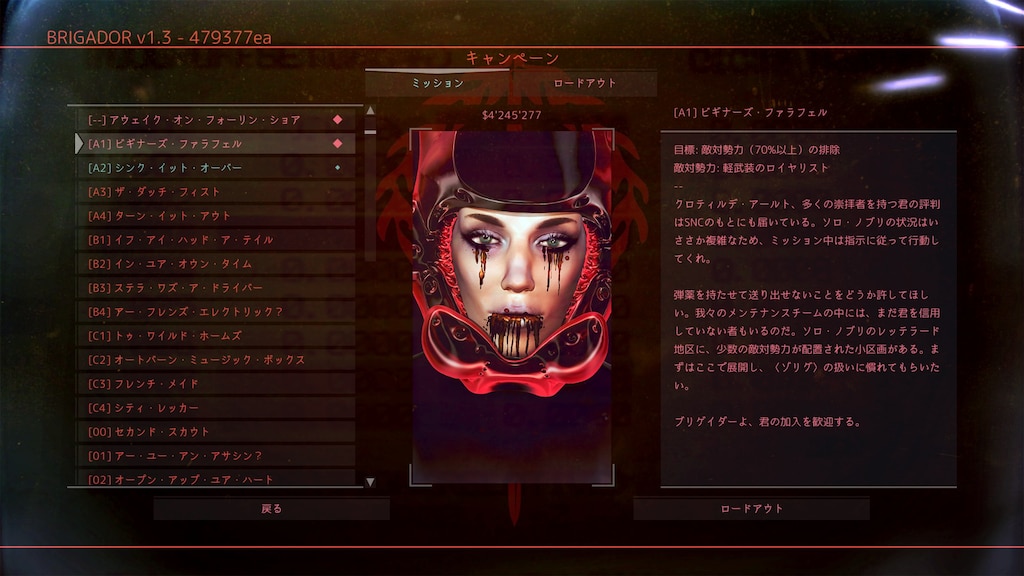 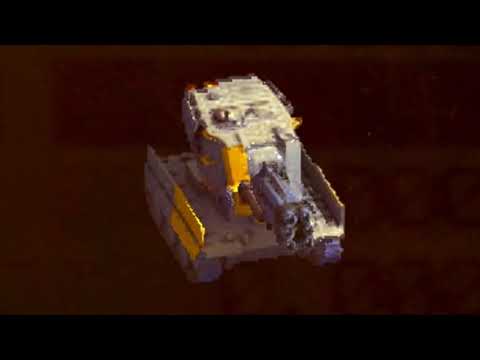 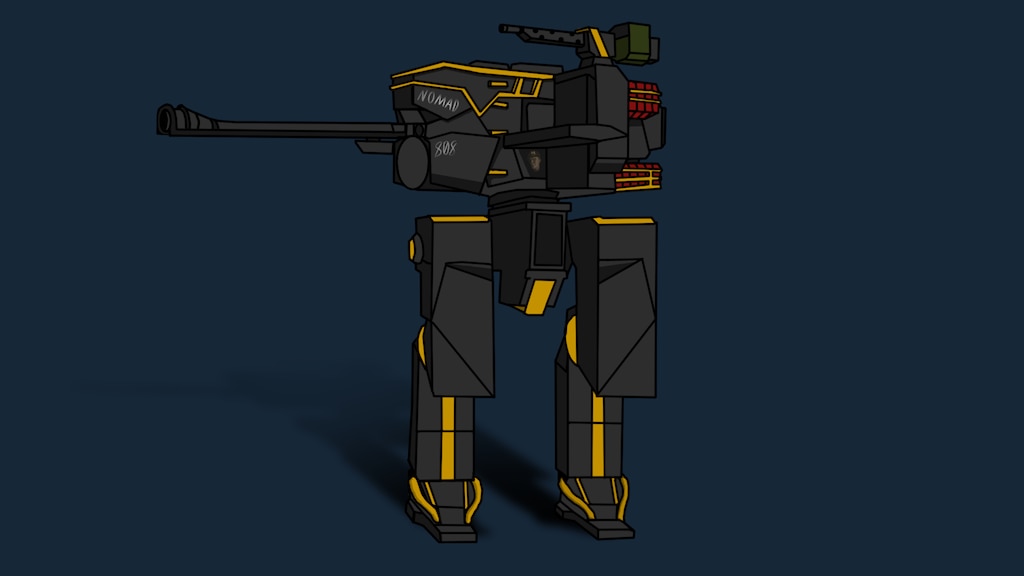 0
1
Trace i did from firefox 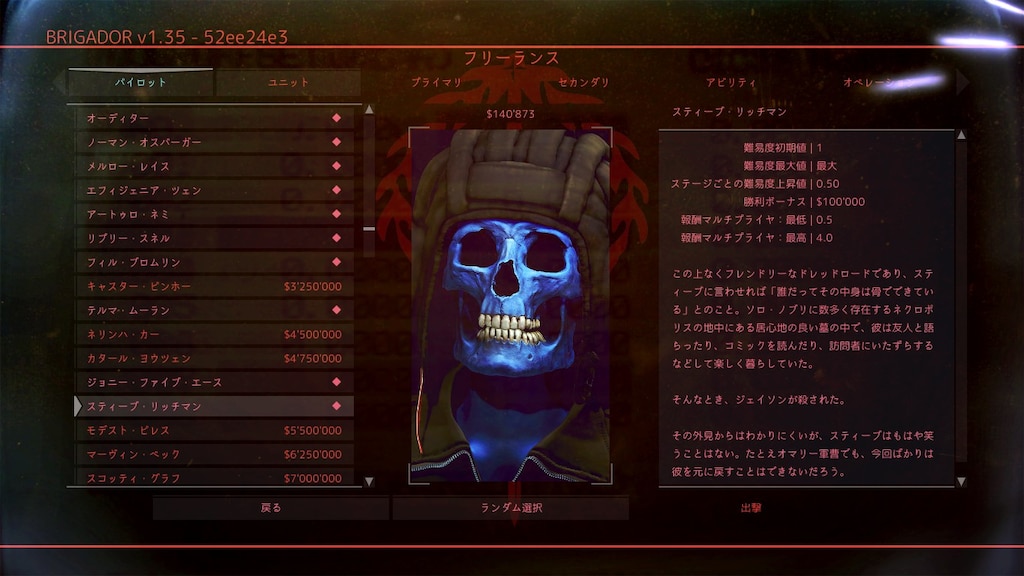 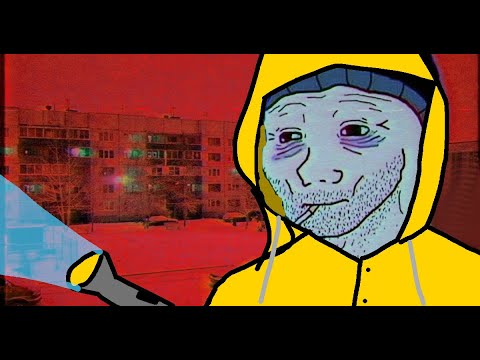 Brigador Modding Documentation v0.8
This guide is a primer for those of you wanting to get started on both playing and even making modded content for Brigador and we encourage you to read all of it. It is not exhaustive, but it will introduce you to basic concepts for modding Brigador such a...
28 ratings 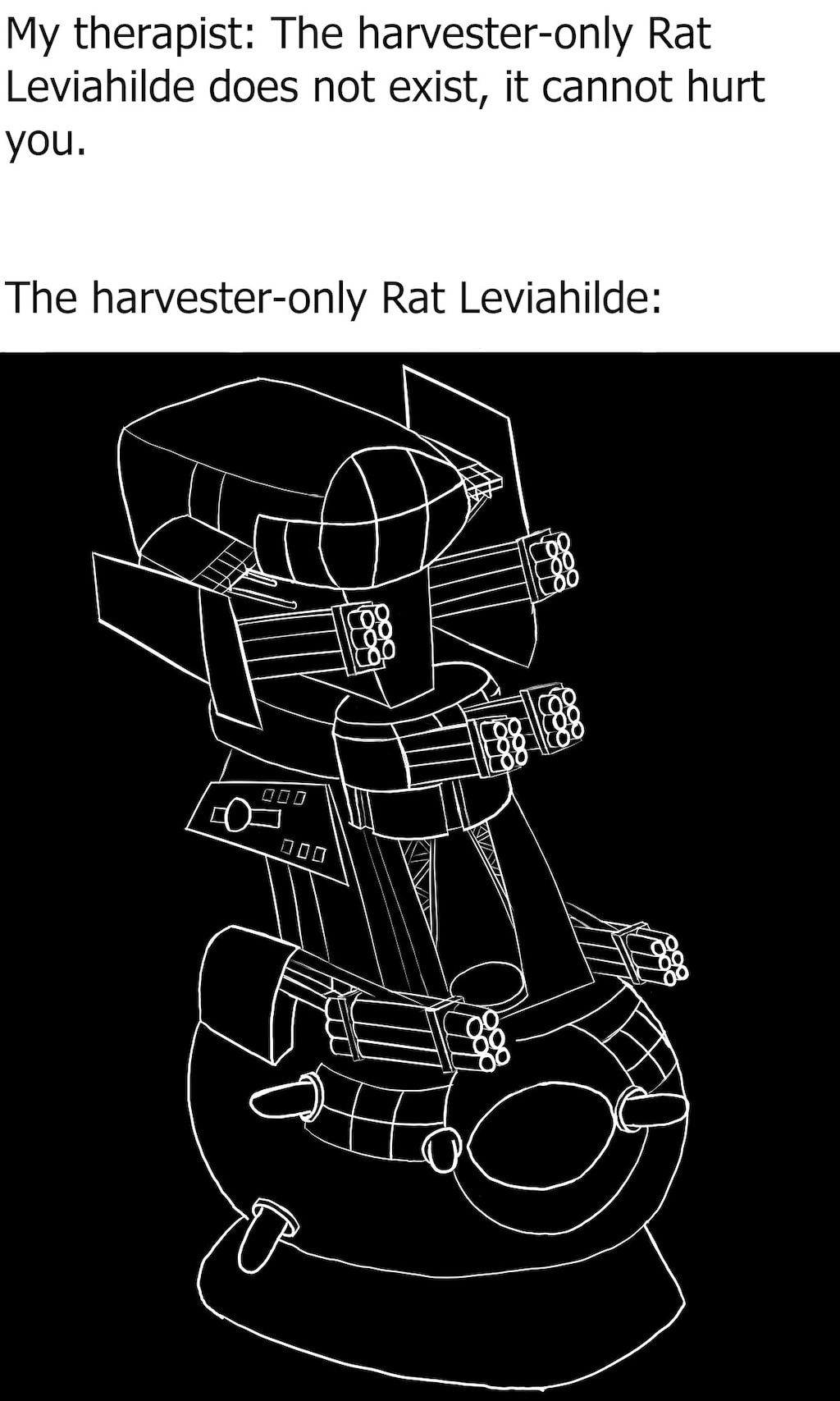 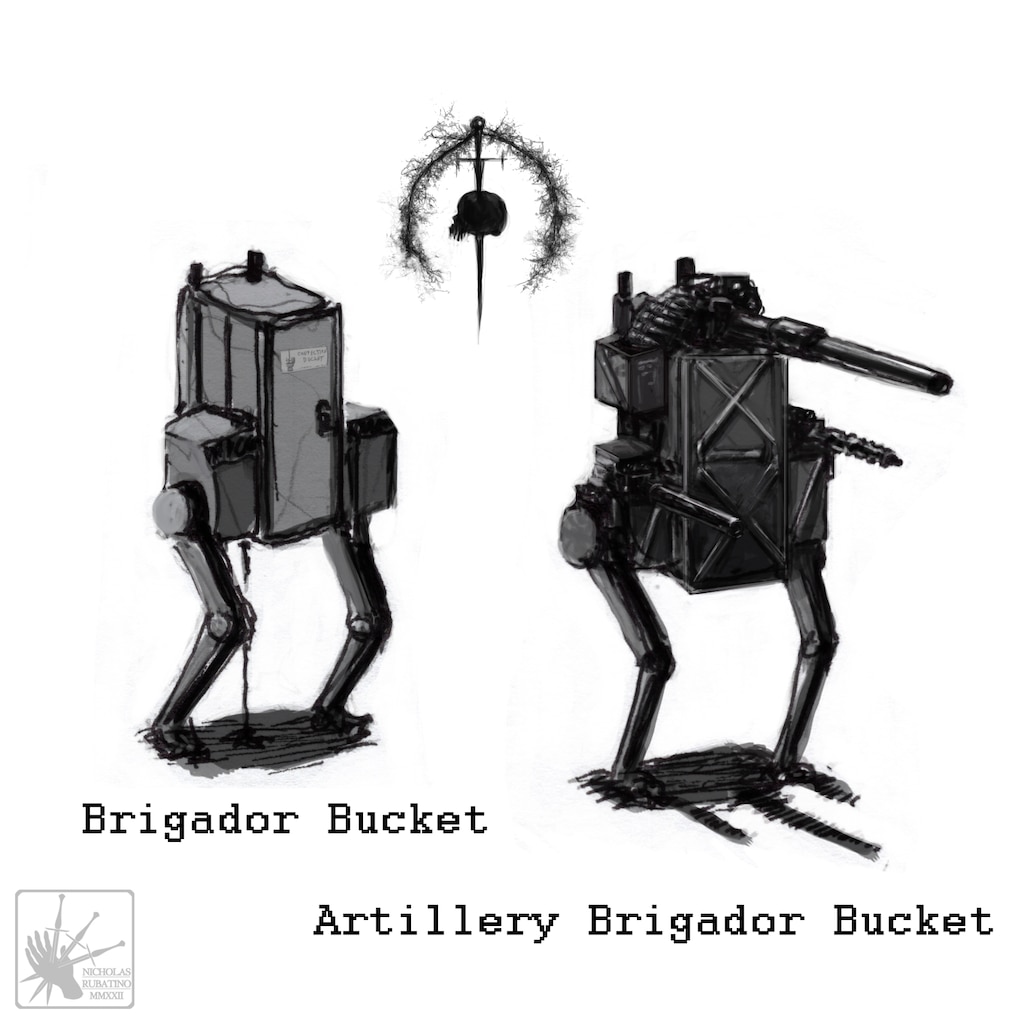 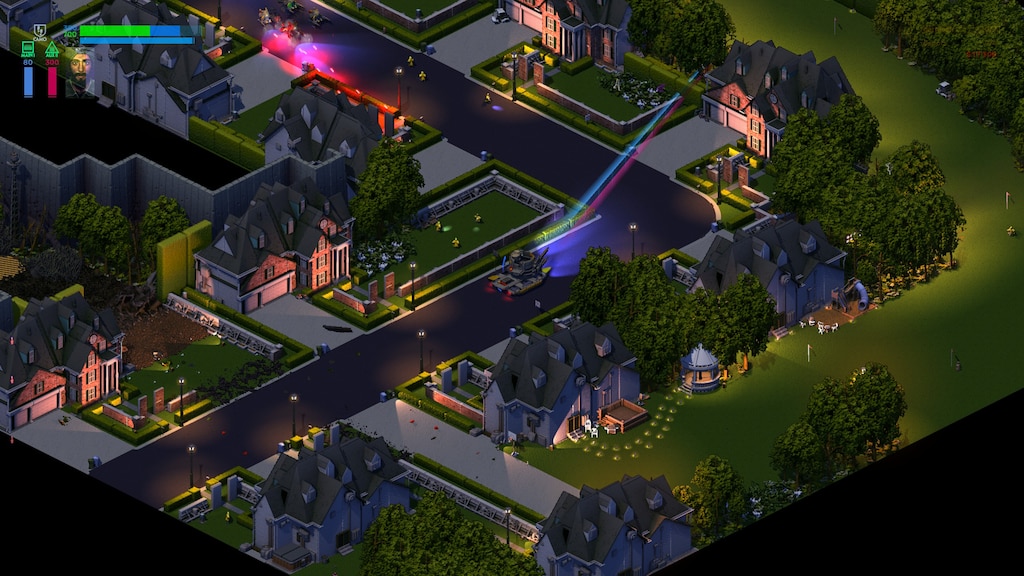 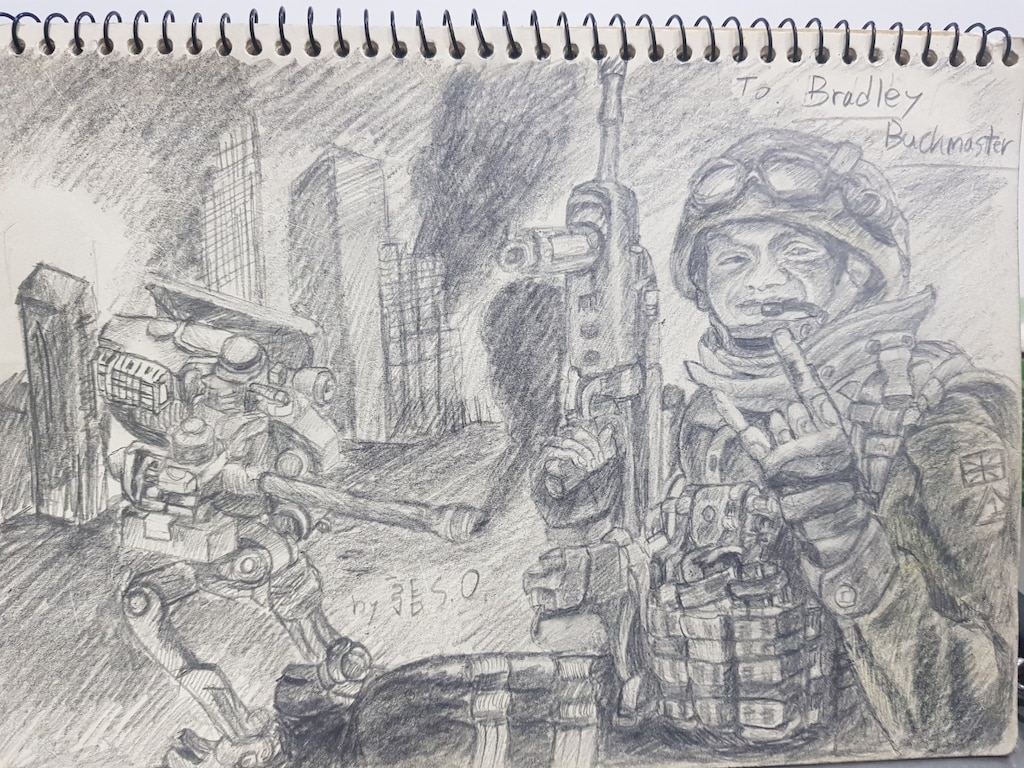 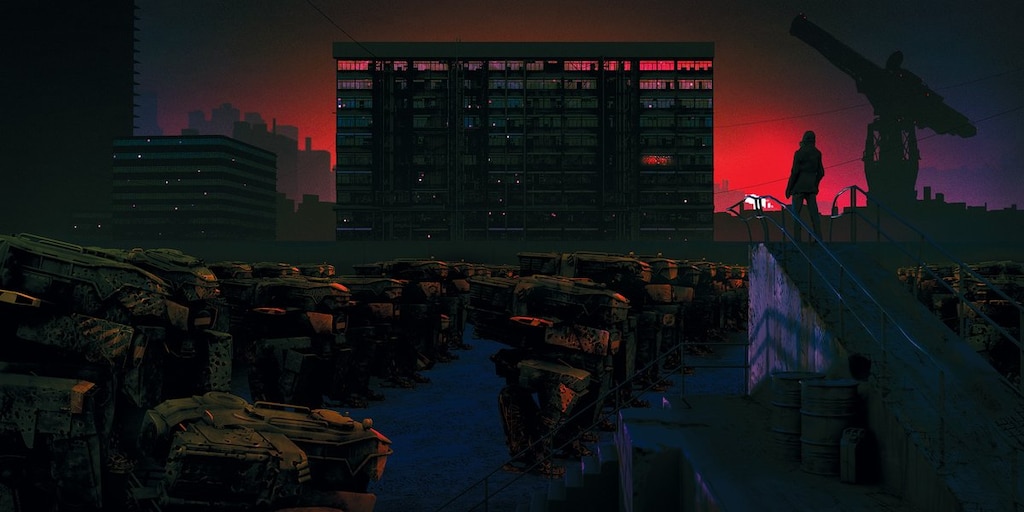 Recommended
2.7 hrs on record
Funny man in suit of armor told me to give this thumb up. Regardless it's actually a blast to play, atmosphere is also kino. 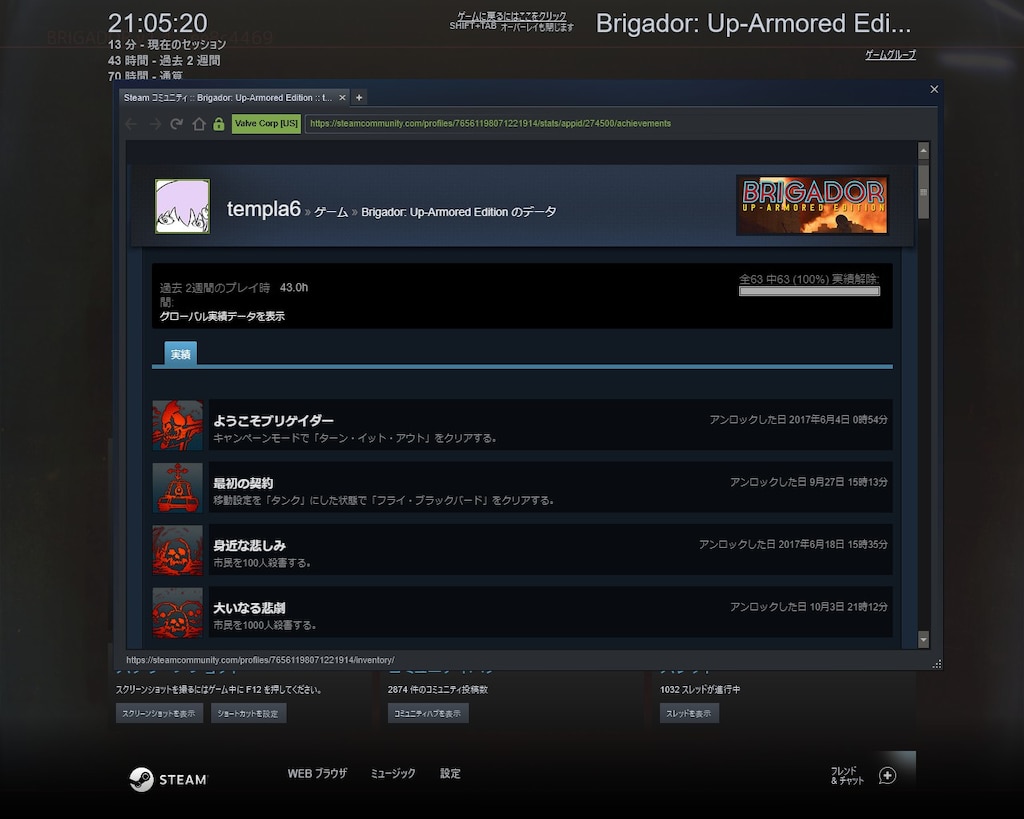 Recommended
4.9 hrs on record
I wish they made a Battletech game like this where you can customize your mech and weapons that would be a dream come true, but over all excellent game.

Whats good?
All of it.
Any flaws?
Not really.
is it a white knuckle challenge fest? or a casual romp?
Both, depends what kind of vehicle you build.

It's exactly what it looks like on the tin, but with game play depth that ♥♥♥♥♥♥♥ smokes every other game in the genre.
And its all for $20.
This game's reception at launch is nothing short of criminal. it truly is a genre defining title and you owe it to yourself to play it. 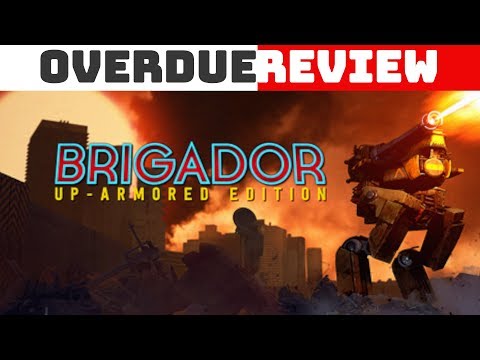 Calmputer
View videos
Why do explosions let enemies know your own position?
Been using the metronome a lot recently, it's quite a versatile tool. Something I've noticed, however, is that enemies that hear the explosion and only the explosion, will be able to locate me behind / around walls from that explosion. This seems like a pretty strange quirk of enemy awareness....
7

Lyra
Jun 21 @ 12:52pm
General Discussions
Target cursor color.
Question-suggestion. I'm glad that we have the ability to customize the colors of the interface. It's a really good little thing. However, for some reason, the arrow was forgotten, with which we aim when shooting. Correct me if I'm just a blind gamer who didn't notice her on this list. I like this color, however in some conditions I would like to be able to change it for more contrast with the surroundings. How can I change her color? [sorry me bad english]...
7

Fuhrer_51[RUS]
Jun 21 @ 4:01pm
General Discussions
Is MT Foxtrot really the best pilot?
His bonus money is stupid good, and his alternate spawn list means that even on longer missions you will face a weaker opposition because they will spawn less heavies/ultras. No other pilot seems to have the same insane money scaling. He starts at difficulty fricken ONE. So even if you only do a single district with him he earns more money than any other pilot I've seen and I've nearly unlocked them all....
9

Ciaran Zagami
Jun 24 @ 4:12pm
General Discussions
How do you deal with agravs?
I put my cursor on them, I left click, my shot hits the floor right in front of it and does no damage. It's like I can only hit them with splash weapons or something????
5