The Last Tinker: City of Colors

The Last Tinker is a joyous action adventure and definitely no platformer, as there is no jump button. Koru, a boy from the slums of Colortown, must rise and stand against the Bleakness, a dark force intent on wiping out joy. Koru must use color and emotion to restore life to Colortown!
-90%
$9.99
$0.99
Visit the Store Page
Most popular community and official content for the past week.  (?)
no mouse control for steam
The mouse does absolutely nothing in the 3d world after the menus. I am not going to install this via proton, i specifically bought this game because it was linux compatable. I want to run the linux binary, not the windows one.
3 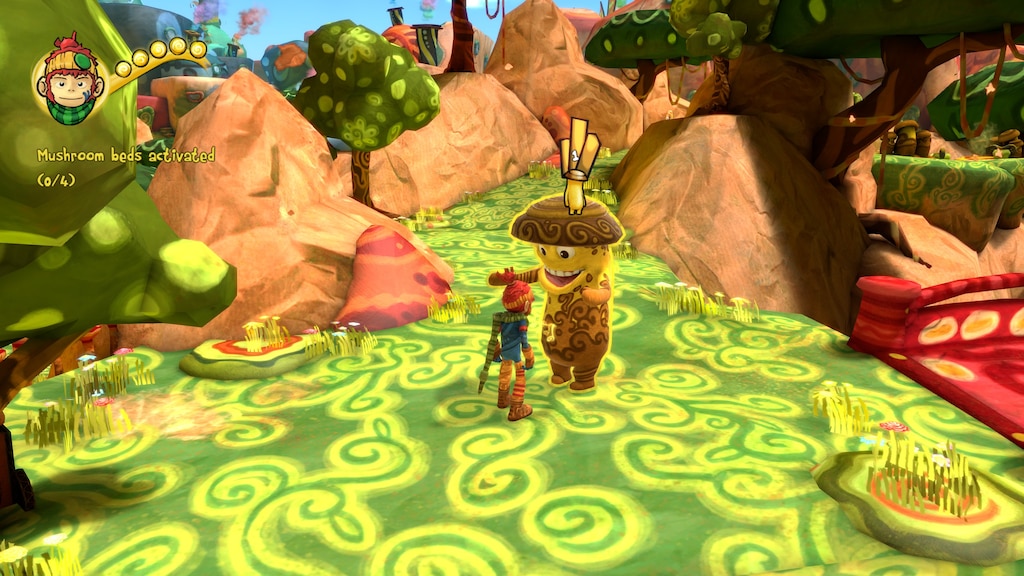 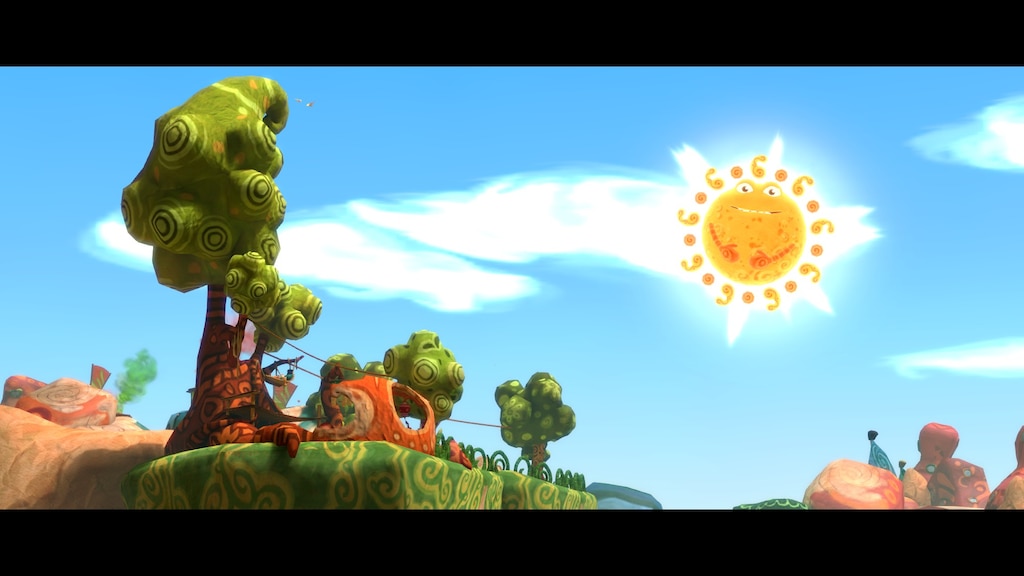 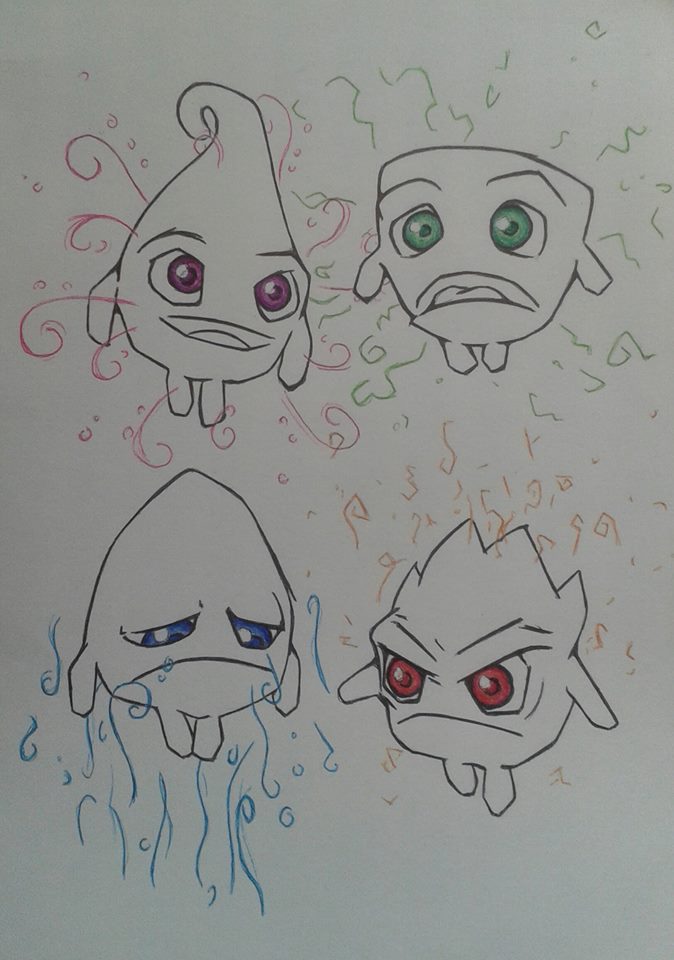 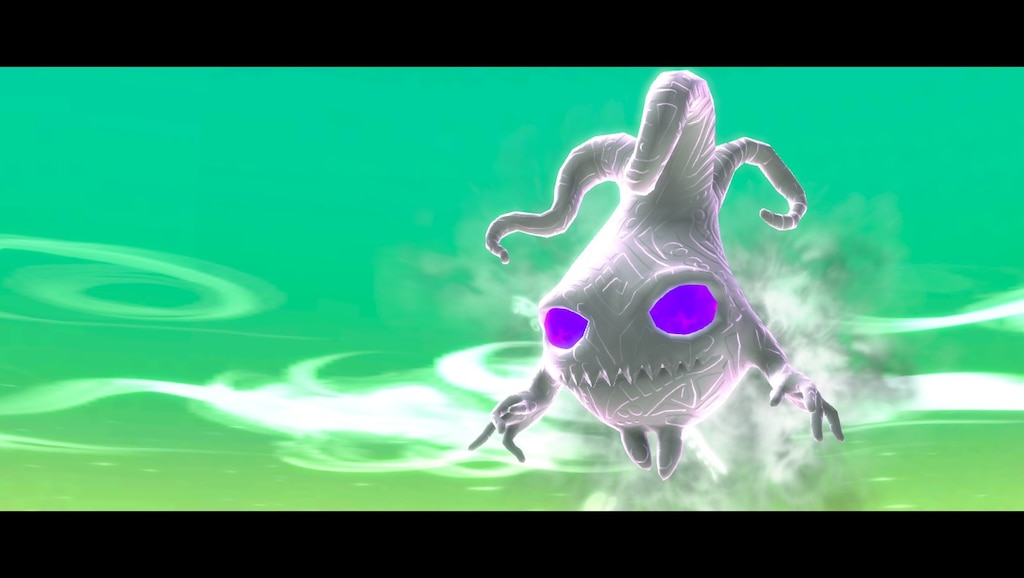 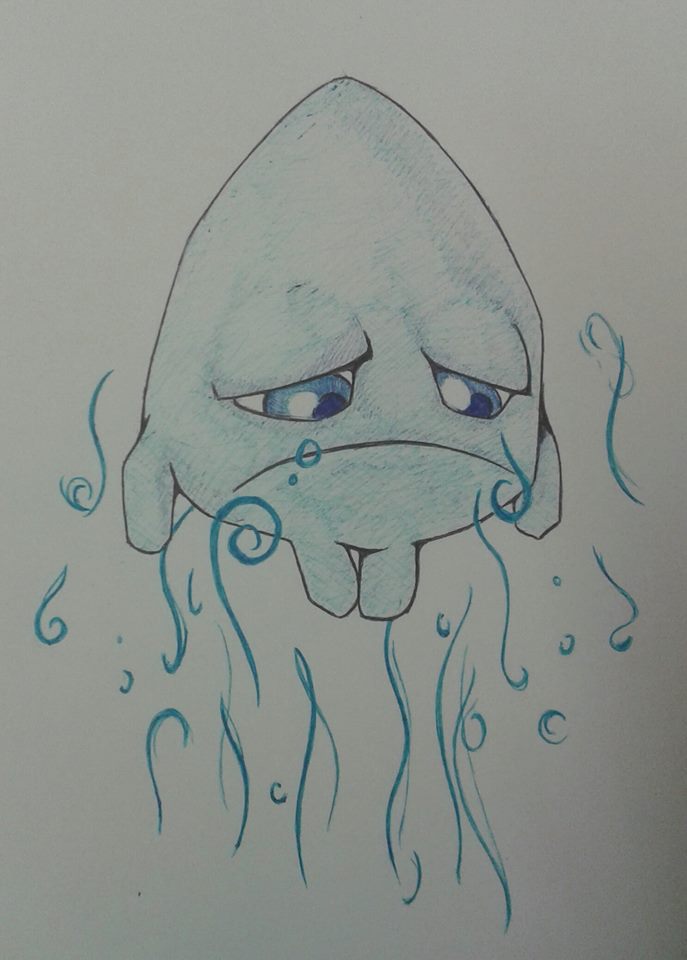 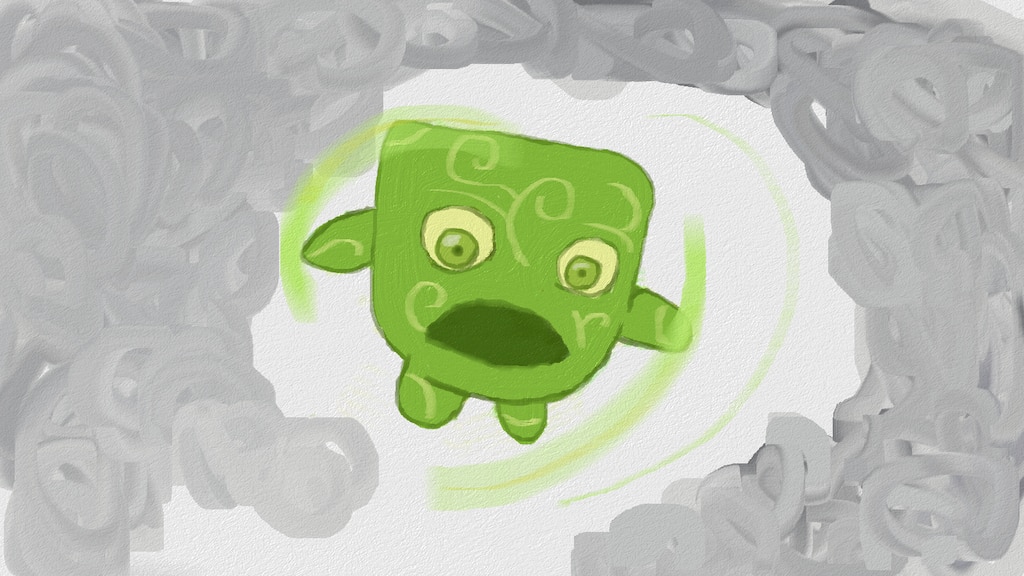 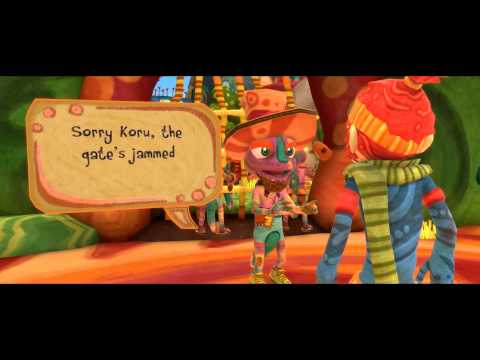 Not Recommended
15.3 hrs on record
What is The Last Tinker: City of Colors ?

I discovered this game during a sale and I was kinda surprised due to how cheap it was and the previews in the store page showed that it didnt look bad at all, in fact it looked great and well-polished, I didnt know what this game was exactly about other than it was a cheap indie that looked beautiful but the tags said it had platform and adventure elements and as someone who loves those types of games and wish for more of them from time to time I gave a go, it was cheap why not ? sadly this game was pretty disappointing and despite being cheap, its not just because of the price but also the fact that you have invest your time on the game, it doesnt matter if its cheap if its not good enough, a game that isnt good enough will not make the time you spent on it worth it, unless youre just looking for a game to increase your library size this review is for people who discovered this game and are deciding if ITS WORTH PLAYING at least and Ill explain that below.

Again, I didnt know what I was getting into but the tags and the game's description on the store page compares it to a modern take on Banjo-Kazooie and as someone who loves that game I expected a similar vibe, a similar type of gameplay, I expected us to go into separate stages with different settings each through a hub world, getting collectibles, learning new moves and such, you know the same formula we saw on those classic platform games, the game description said and compared itself to that, Im not lying here so based on that info I went in expecting a platforming of sorts but it isnt really, the platform we actually have here is just holding space and seeing the character doing everything himself, why a platforming game has no dedicated jump button to let us freely jump, why the platforming is automated ? why take the control away from the player ? let me do my own ♥♥♥♥, theres no dedicated jump button here, also no cool stuff/puzzles to solve either by using your new characters abilities or tools, maybe a few times in the game interacting with objects or like using powers such as stop the time or creating a shield to protect yourself against instakilling stuff but those are rare and their usage is barely noticeable, theres no actual puzzle or stuff to solve here that would award me me with something, for a platform game we only get 2 collectibles, a crystal currency to improve my damage and health points and the other is just a bunch of concept art photos.

It was a lie from the developers to compare or say this is a modern take on Banjo-Kazooie because despite the mumbo-jumbo language and the light-hearted vibe, this is more comparable to a lego game than anything else, you just walk around and fight enemies in a pretty linear way, theres no specific hub world or different stages, youre always going to a objective marker, the game is very linear and the gameplay is so simplistic it gets repetitive, I have no complaints about the art design, its colorful, detailed and beautiful, soundtrack is nice and the story is fine for a game like this, its a beautiful-looking and cute indie title, the shame part about it is that they choose the wrong gameplay to insert into the nice world they've built here, if the devs had an actual inspirations from the classics they said they were comparing this game to, maybe we coud have gotten an engaging and fun gameplay, instead of this extremely basic and simplistic repetitive boredom, theres personality and potential here but sadly once I finished the game I was already forgetting about what happened on it and I cant recommend it because of that, it was a very mediocre experience. 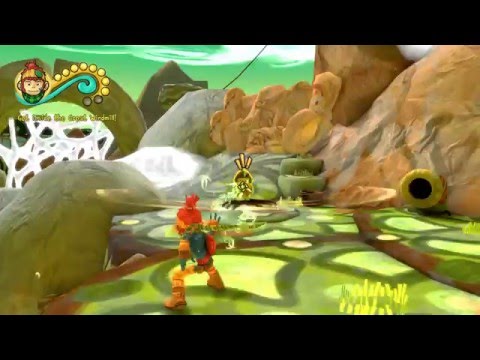 0
8
The Last Tinker City Of Colors

0
5
The Last Tinker: City of Colors no Linux - Game nativo 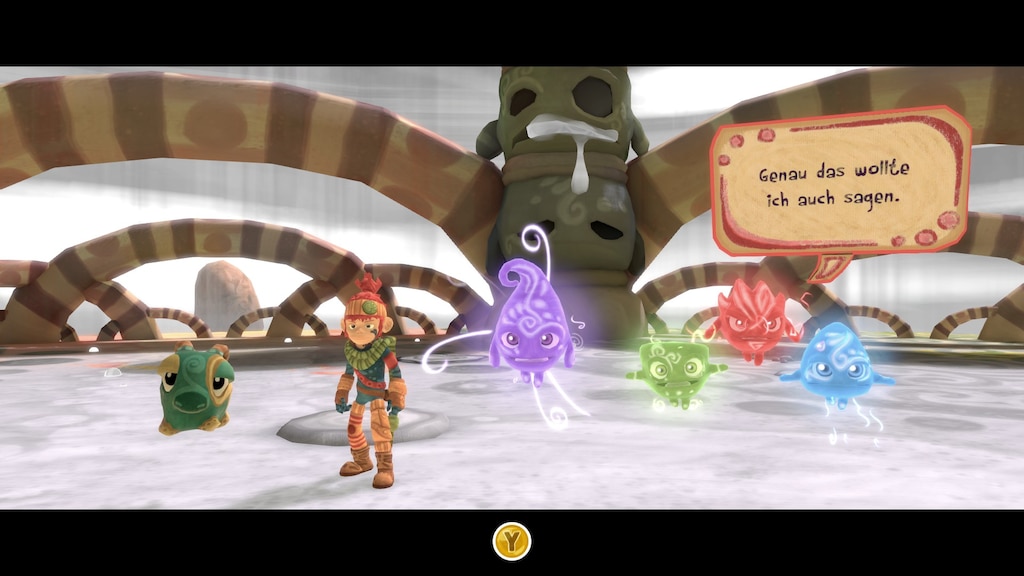 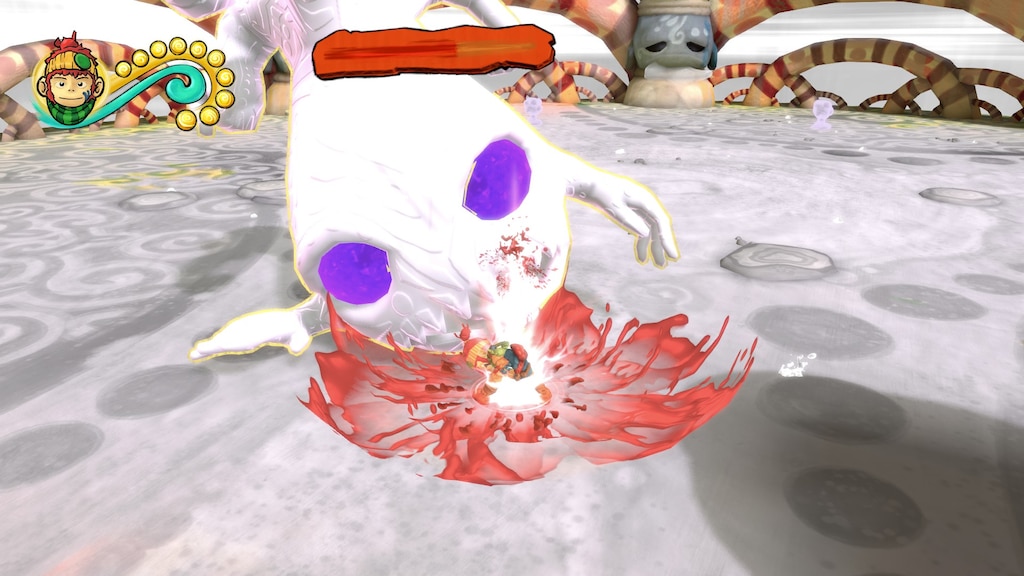 GAME GUIDE – THE LAST TINKER: CITY OF COLORS
CREATED BY Mimimi Productions back in 2014, The Last Tinker: City of Colors is a fabulous and colourful tribute to the 3D platforming era. It’s a game that I look back on fondly and experience through that same nostalgic lens, and I’m sure many of you do t
1

ShovelKnight49
View all guides
This game is tragic! Devs, do you care to improve your game?
Its probably most frustrating game of kind "want to love it but hate". Tinker has so much potential to be a new cult classic game like Tomb Raider (before shooter reboot), Crash bandicoot, Spyro, Psychonauts if only it had one simple thing (well, there a...
26

Voodooman
May 4, 2019 @ 3:23pm
General Discussions
[FINALLY] Controller Support
Everyone! We finally had the chance to create a new build for Tinker. It's been long overdue and we know we disappointed you. We've promised to improve controller handling and implement full rebinding-support for Shadow Tactics, which we did, but obviou...
19

Johannes (Mimimi)
Nov 29, 2019 @ 7:37am
General Discussions
Framerate Issue
When I first played the game and finished it. I didn't experience any framerate issues. But when I wanted to play the game again. I am experiencing framerate issues. Is there a way to get a stable framerate? To be honest my graphics card is Nvidia GeFo...
3

That Dopey Shinobi
Feb 7 @ 6:46am
General Discussions
No one has rated this review as helpful yet

Recommended
1.2 hrs on record
Graphics are gorgeous! Except for the character you control, poor thing is ugly AF.

Recommended
14.2 hrs on record
I have officially completed the game. It have a great story and beautiful graphics i recommend it to others aswell