7 Days to Die is an open-world game that is a unique combination of first person shooter, survival horror, tower defense, and role-playing games. Play the definitive zombie survival sandbox RPG that came first. Navezgane awaits!
-66%
$24.99
$8.49
Visit the Store Page
Early Access Game
Get instant access and start playing; get involved with this game as it develops. Learn more.
Most popular community and official content for the past week.  (?)
Alpha 19 B-157 Experimental is Out!
Jul 2
Alpha 19 B-157 Experimental is out! We have added a Game-sparks Opt out option in the game launcher and much more. Here are the full release notes, the forum B-157 Release Notes and how to opt in.

This is how you access the A19 Experimental build:


Alpha 19 is not compatible with previous Alpha worlds or save game data. New Pregen-Maps have been created and can be used. We also advises you to delete you 7 Days save Game data folder before playing.

Kerotos
18 minutes ago
General Discussions
Alpha 19 Experimental is out!
Jun 29
Hey Survivors,
We are proud to announce that the ‘Alpha 19 Public Experimental’ is out! We would like to thank all of the participating Twitch Streamers[7daystodie.com] who showed off the game over the Streamer Weekend event.

Alpha 19 is not compatible with previous Alpha worlds or save game data. New Pregen-Maps have been created and can be used. We also advises you to delete you 7 Days save Game data folder before playing.

TFP is extremely excited for this release. It’s as big as the last couple alphas and is packed full of new content, bug fixes, optimizations, and game balancing. Enjoy!

Not Recommended
112.5 hrs on record
Early Access Review
This game is a really good base where it's a mix between RPG elements and survival elements. Your character does get better the more you play but survival always used to be the biggest factor in this game.

However, the recent alpha 19 has completely changed this and it is no longer a survival game with RPG elements but an RPG game with survival elements. The whole loot system has been changed to "increase the early game" by limiting the tier of gear you can find until your character has hit X level. This for me completely ruins the feeling of a survival game where you could find high end loot at anytime since now, no matter what you loot you will be limited on the gear you find purely because of your level. Looting gun safes will only provide you with stone hatchets and taking on a massive dangerous area that is difficult fully geared while having little gear to try and get a really good item no longer exists. This to me completely ruins what makes a survival game a survival game as the thought of maybe finding something really good through a 45 minute trek through a difficult building using nothing but a wood club is gone since when you do finish it and get to the gun safes that are LOCKED, you will open them/pick them to find nothing but 2 stone hatchets. It is such a grind that I played in a single player server with 150% loot and 150% XP gain with 2 hour irl day cycles and by day 4 the best thing I have is a blunderbuss after looting about 20-30 gunsafes and weapon boxes.

This to me is not engaging as now instead of actually exploring to get better weapons, it is better to just kill zombies for 5 hours straight with terrible weapons to level up your character as much as possible then go looting in the safes since now you will actually find guns in a gun safe. When I play a survival game, I don't want my loot to be limited by what level my character is and when people point out they do not like this, the devs just come back with the response of "well survivors will have looted this before you got there and left their gear" in terms of the world. Yea, a survivor went through an entire city with multiple gun stores and a weapon production facilities, managed to not kill any of the zombies in these areas, phase through the multiple locked doors and the metal gates put in place when the area went into lockdown. Then unlock and relock safes behind them and also break open weapon boxes and then re-put them back together like they were never touched leaving the stone hatchets behind just to waste other survivors time. Okay dude, this doesn't even make sense from a world building perspective since why would anyone waste their time relocking and rebuilding the boxes/safes/chests.

If you like RPG games with survival elements you'll probably like this. Otherwise, atleast while this loot system is in place, I would not recommend this for anyone who actually enjoys survival games. Since forcing people to use clubs and arrows to kill zombies for 5+ hours in a game with wonky ♥♥♥ hitboxes and questionable melee combat is not enjoyable, atleast for me.

4
1
When I found a better quality baseball bat

How to Avoid Zombie Dogs
This guide briefly explains how to deal with zombie dogs in a variety of forms and strategies, as well as some additional information on them such as locations in which they spawn and how to cope with this special enemy that drives so many new players off....
44 ratings

1
3
when your last lockpick breaks at 0.01 seconds left 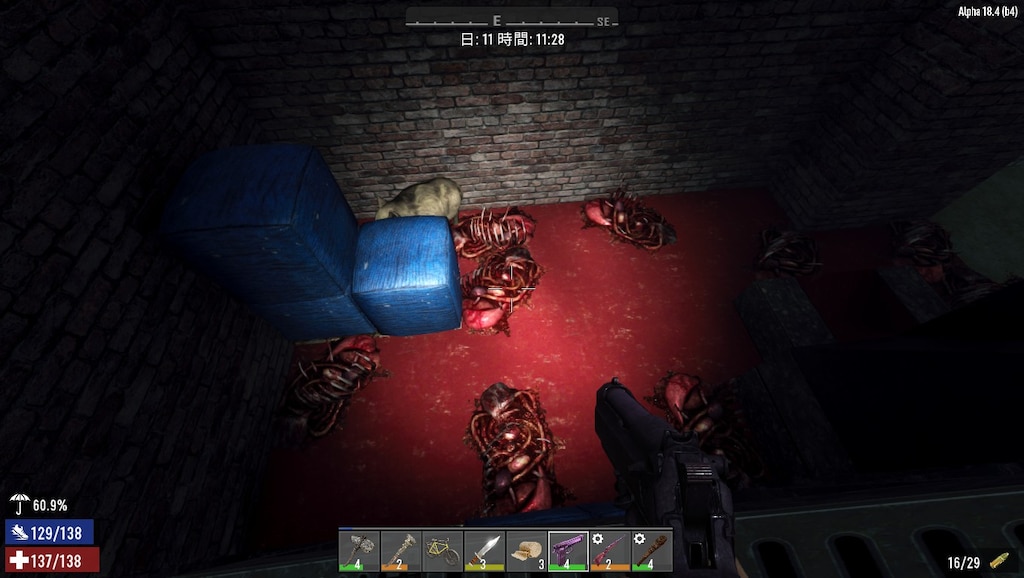 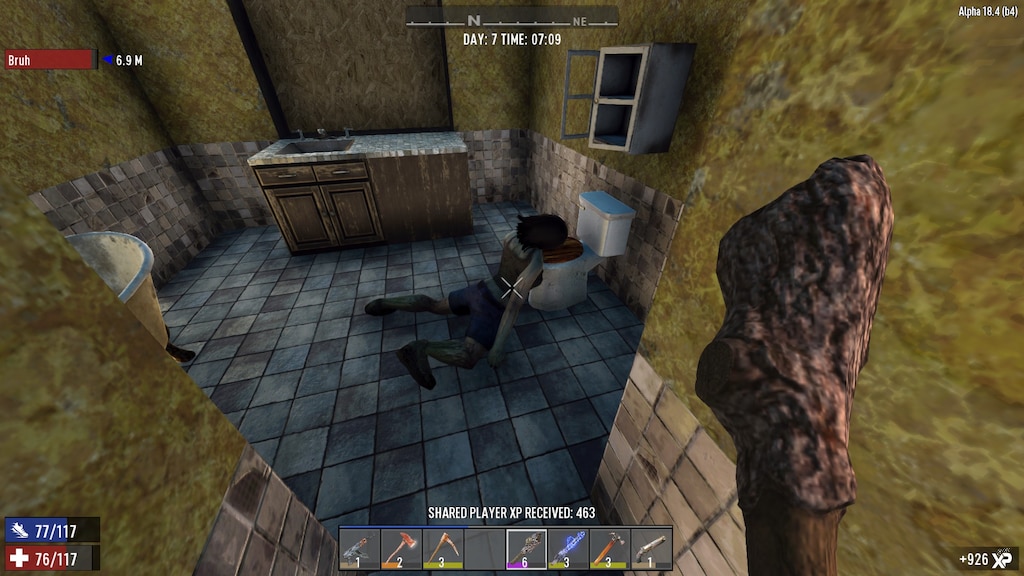 Recommended
449.0 hrs on record
Early Access Review
This is one of the best Zombie survival game i have played. It keeps you on your toes and the game is updating so much that is turning out to be a heck of a game.

A19 Graphics Options Recommendations
This guide should help you get smooth performance in A19 while keeping the graphics looking as good as possible. No fancy mods or tricky changes needed here. Anyone can do it.
29 ratings

Recommended
6,134.2 hrs on record
Early Access Review
I could tell you about the flaws of the game, but that's not why I am leaving this review.
I'm leaving this review because I have played the game for years and have 6.000 hours invested and am still having fun. That shoudn't be possible. So despite its flaws, 7 Days to Die scratches an itch no other current title can scratch. 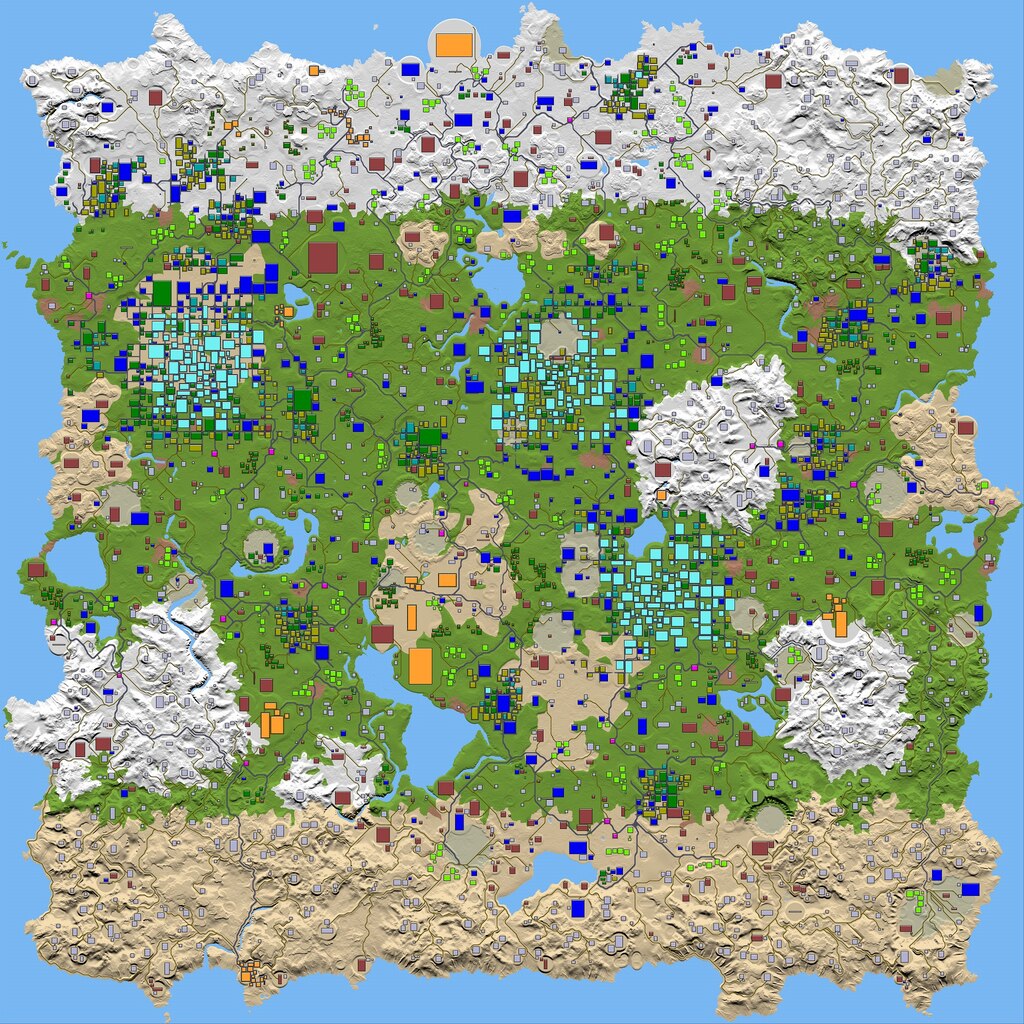 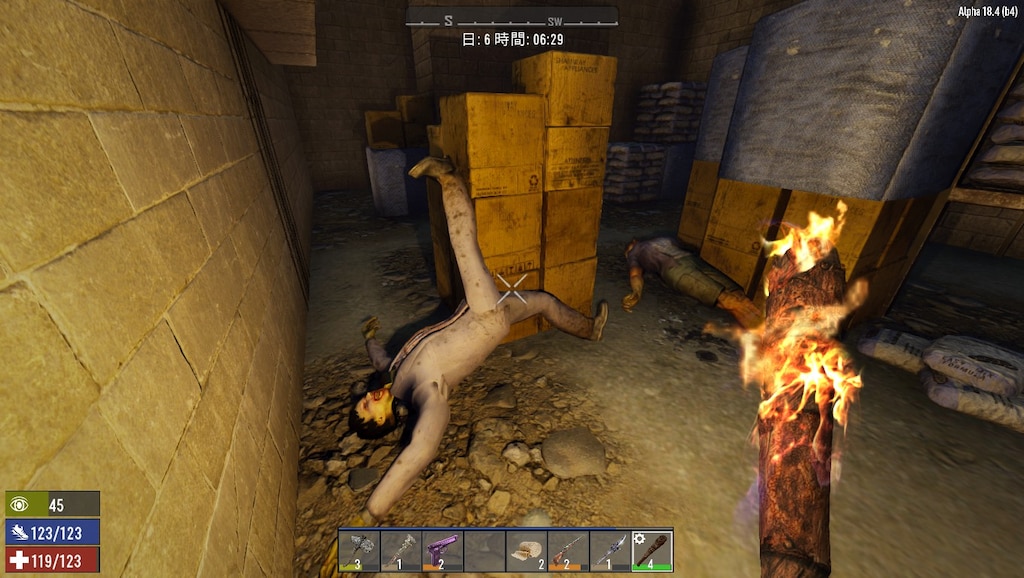 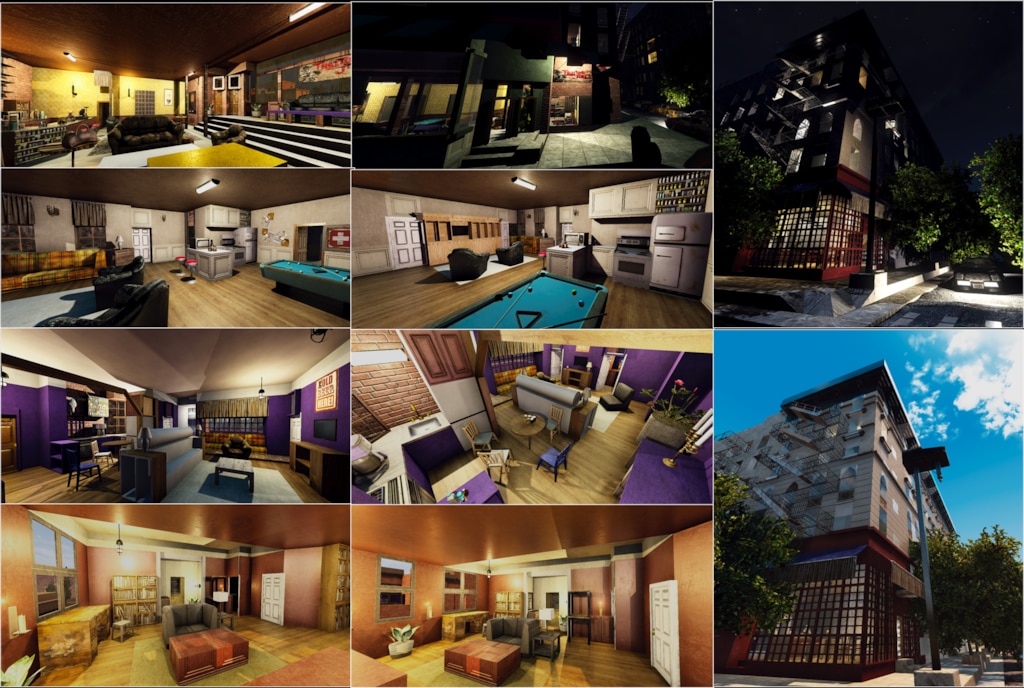 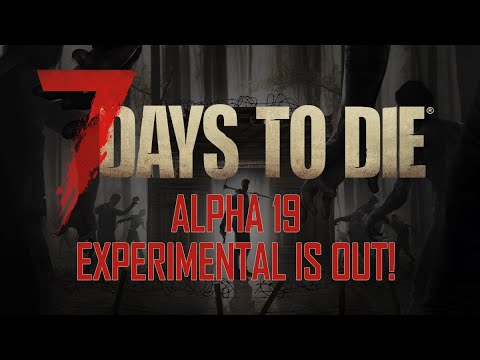 Alpha 19 | How to Install a Dedicated Server + Troubleshoot!
I walk through the steps of how to install in Steam, how to configure, where to access, run and of course some troubleshooting steps. 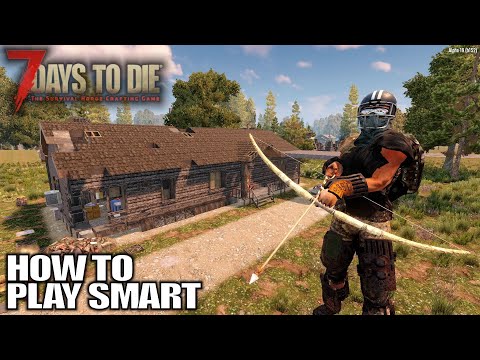 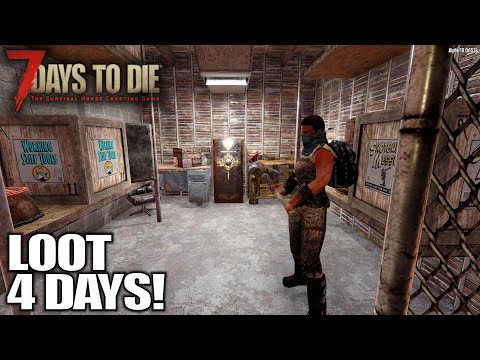 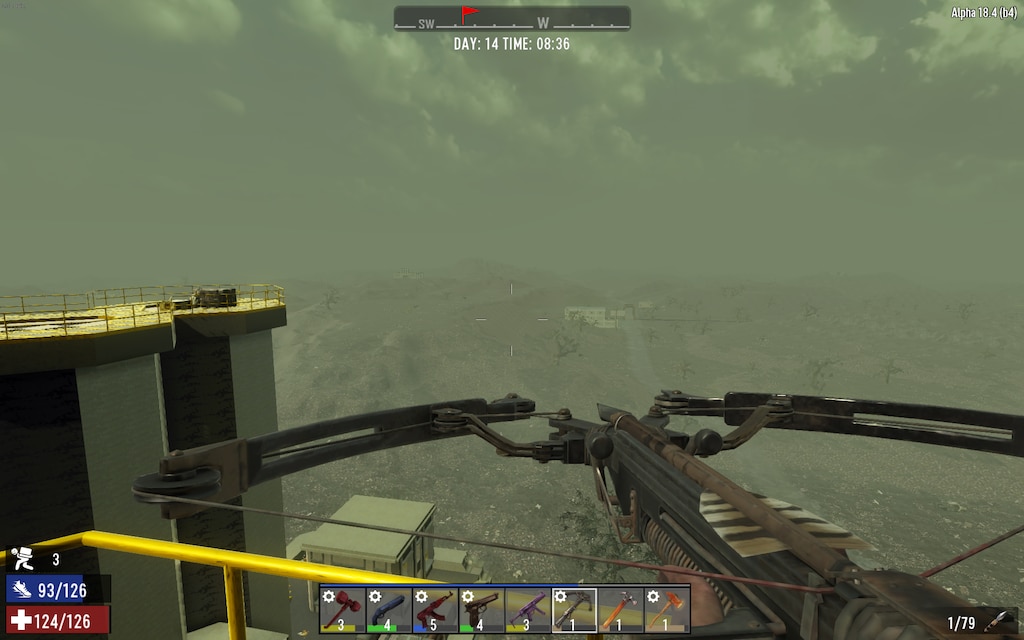 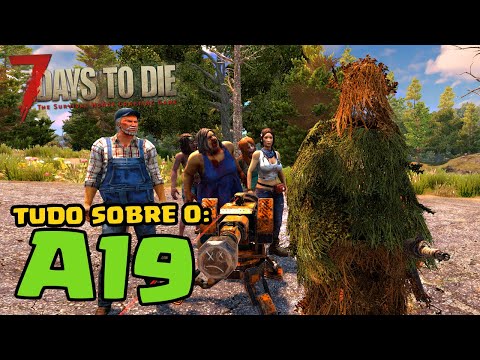 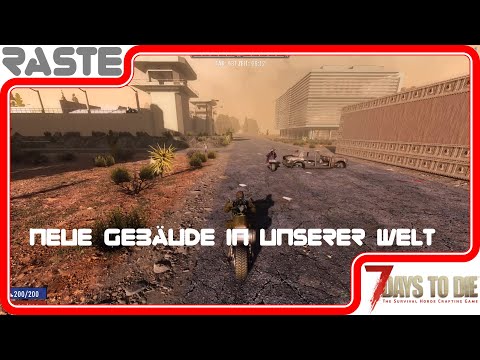 No ammo? Here's how you can make a bunch of it.
It's the middle of the blood moon, you have 26 7.62 in you ak and you fire your last bullet in a spider zombie; ♥♥♥♥. There's 3 ways to get bullets: Buying them at the trader; Looting them from sinks (yes, you find a bunch of ammo in sinks) or safes, or...

twitch.tv/altiagr | Altiagr
View all guides
Why does everyone just use Exploit bases now?
This is something i've noticed for the past few alphas. But it really does feel like im the only one who actually tries to build hoard bases anymore. Everywhere on youtube its just AI exploit bases, or using long walkways, or constantly moving to cheese it? i just dont understand why this is? For me the Hoard night is like one of the bigger challenges of the game, and its a shame that when looking up base ideas for inspiration im just met with tons of videos simply suggesting i do the equivalent of cheati...
83

Not-A-Cat!
1 hour ago
General Discussions
If I make an A19 world now, will it be wiped once stable is out?
Title. Just wondering if I'll be able to keep my world if I start playing A19 now. Don't even wanna start an A18 world since A19 will be out soon.
10

Thelime
1 hour ago
General Questions
why even bother about Blood Moon?
I nerf the blood moon heavily in settings and even like that I can hardly be bothered to not just die and skip to next morning. Zombies gives the same amount of exp, run like maniacs, always know where you are and just keep coming til 2 am (with my nerfed settings, at least). It's a massive resource drain, too, if you're trying to fight back with guns. The only drawback to dying is you lose some progress to next level, as far as I can tell. And I'd argue even that is made up with the night skip so you can ...
72

SinisterPoem
10 minutes ago
General Discussions
Gotta love gun stores and safes with only stone spears inside them.
Loot an entire gun store, weapon piles and a big safe. Nothing but stone spears and a bone knife. Now I have like 5 of them. Seems legit.
166