Today's update is aimed at getting everything as ready as possible for Annie's impending release on Steam (beyond her current Early Access form) and PS4. Her full release on Steam, which includes her Story Mode, is still planned to be released alongside her big debut on PS4.

As such, the Beta character and balance changes are now part of the main "Retail" version, and the Beta version of the game has been temporarily retired. (The Beta mode option will return once Umbrella enters her alpha phase sometime soon.)

The full update notes for this version are below!

NEWS FEED
As you'll probably notice immediately when you boot up the latest update, we've added a NEWS FEED to the main menu! Here, you can find the latest and greatest news going on for all things Skullgirls. Expect this to update frequently (without requiring a game update, even on console!) with live events, streams, big announcements, merch drops, etc. 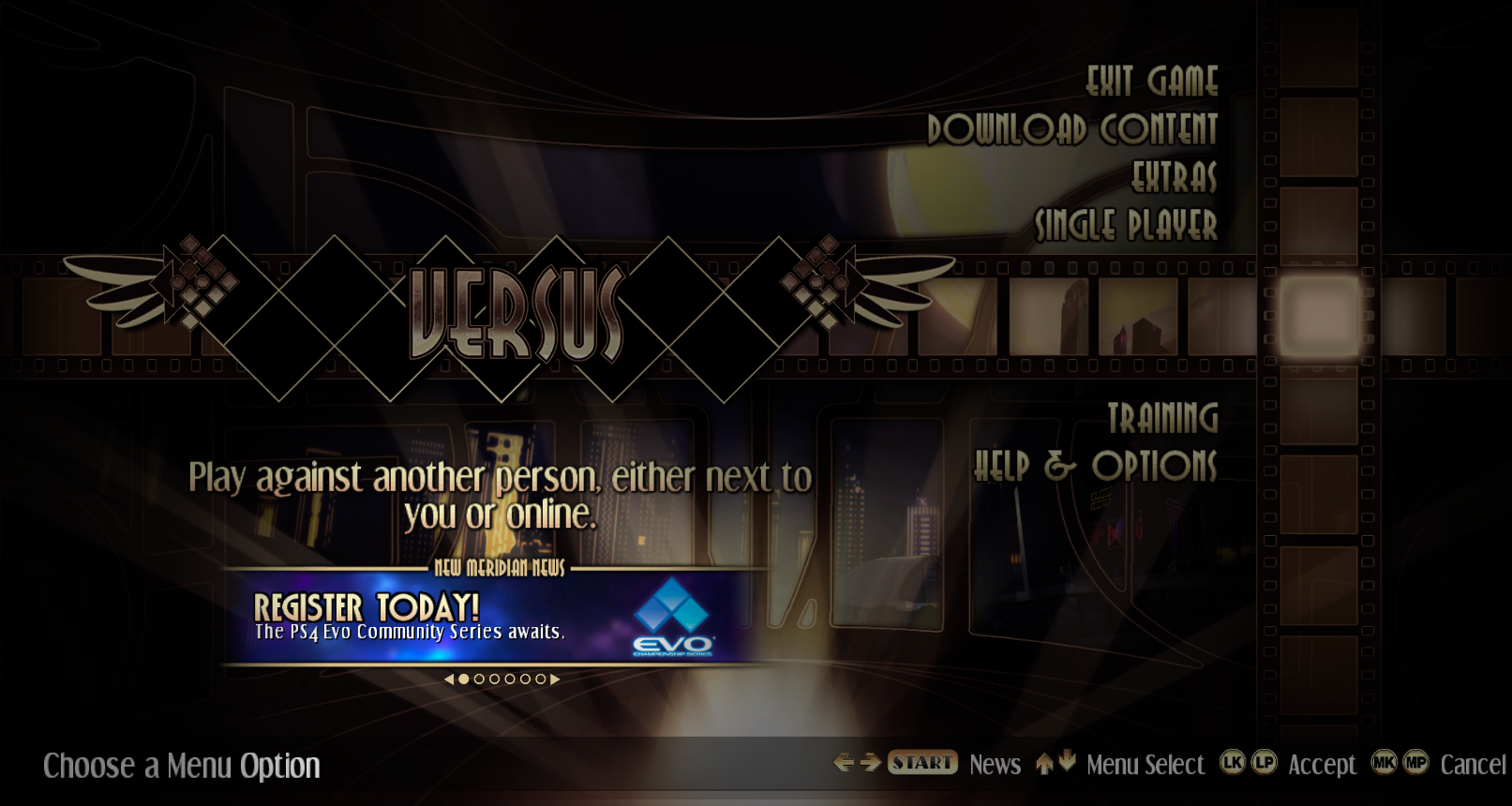 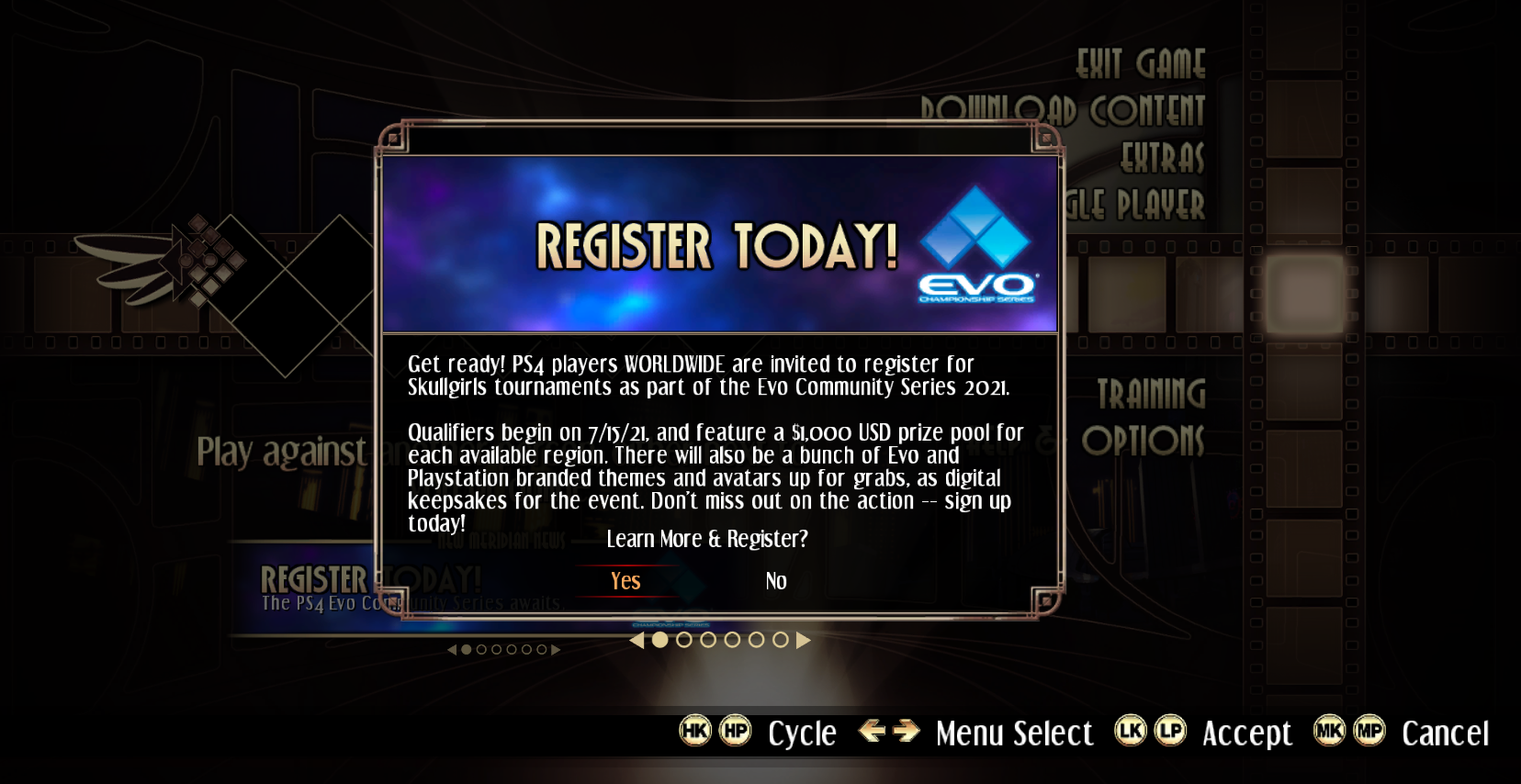 TUTORIALS + TRIALS
Please note that some of the newest translations for these tutorial updates are a work in progress, and we expect to release bug fixes this week for any issues found. That said, please do let us know if you see any issues so we can fix them!

GAMEPLAY
MISC
SKULLHEART
In other news, the Skullgirls 2nd Encore official forums known as "Skullheart"[skullheart.com] have gone through a full redesign, reorganization and relaunch!

Sign up on the new and improved forums to join in on the discussion, report bugs, share your feedback and suggestions, and more!

Skullgirls 2nd Encore
208
10
Xbox one controller binding issues
Recently I wanted to come back to Skullgirls after a long time of not playing it, so I open up the game and all my button mappings are messed up. The triggers don’t work anymore either, so I can’t fully rebind my controls as they used to be. Why is this happening?...
2

A Complete Walkthrough to Skullgirls and its Mechanics
A complete guide covering everything in Skullgirls, from mechanics, to combos, to resets, including a list of common fighting game terminology and an overview of controllers and everything you need to know to be comfortable with the game.
199 ratings

Beowulf: A Comprehensive Guide
This guide is meant to help new and experienced players up their Beowulf game, featuring explanations for his normals, specials, and blockbusters, as well as showcasing some combos and tech.
190 ratings

Rabbleflaggers
View all guides
So..... a trojan?
i started updating skullgirls and i get a notif saying theres a trojan, anyone know why it's in an official game?
105 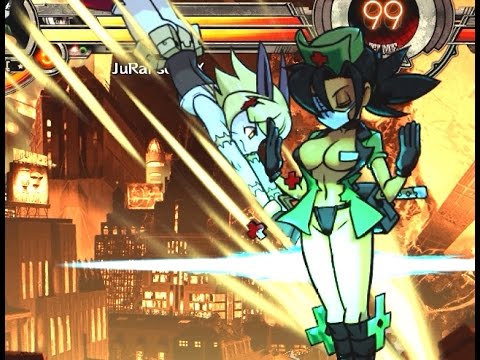 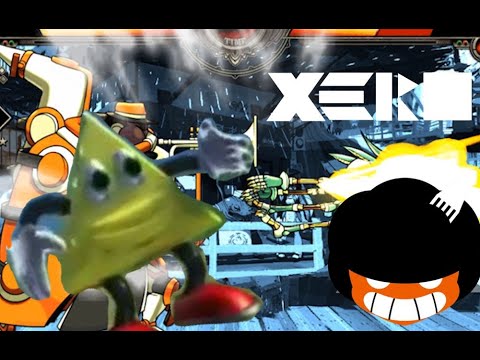 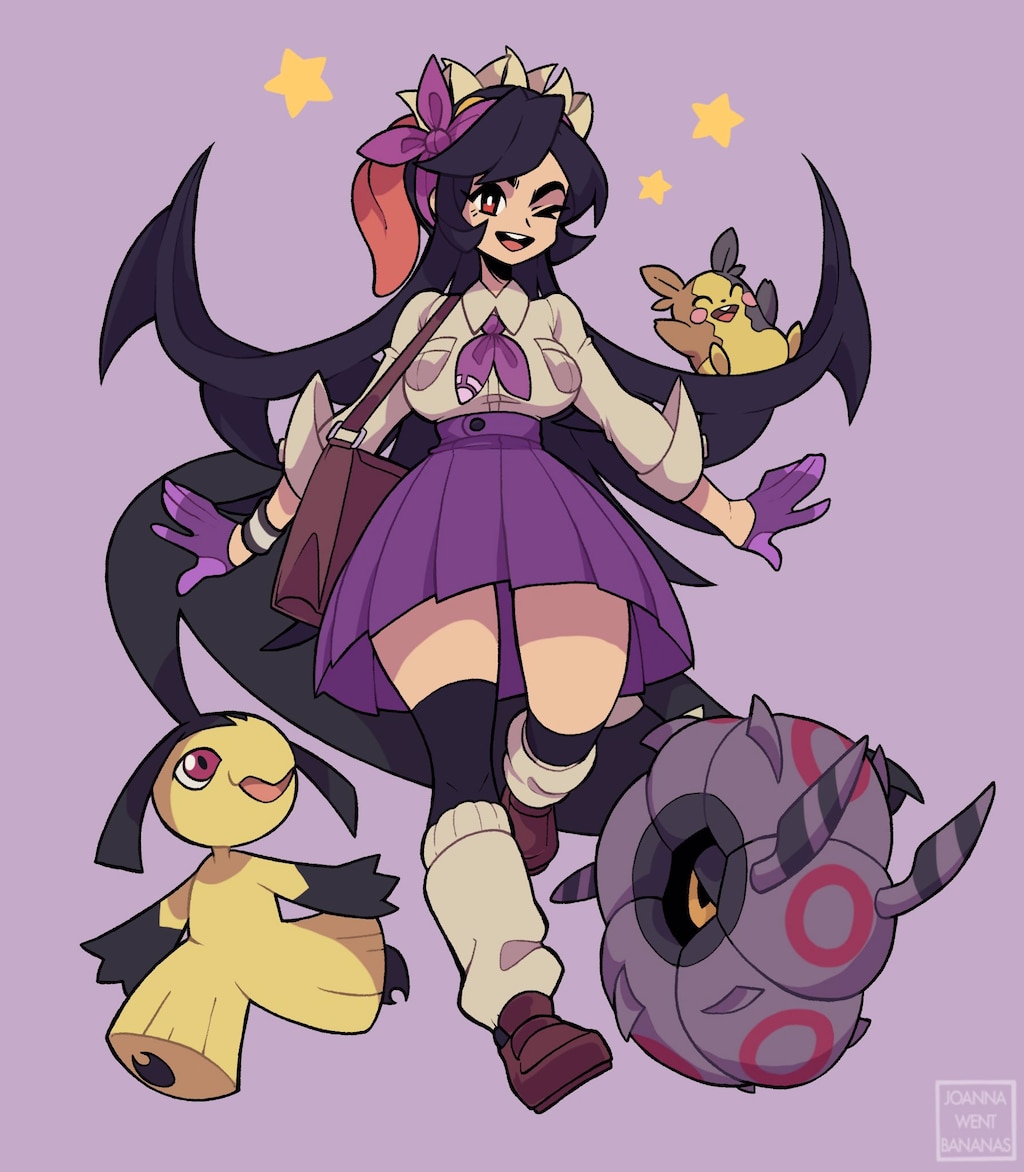 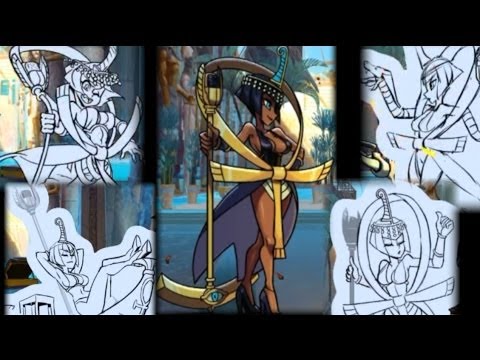 This is a small update that focuses on some final polish. This is likely the final gameplay and balance related update before Annie's full release.

Robo Fortune Guide
This is a guide to help players learn and improve their game as Robo-Fortune. This guide will go over all her normals, specials, supers, and everything else you need to be the best robotic cat you can be.
51 ratings 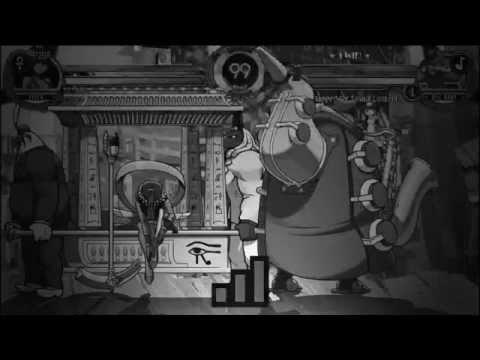 Flagged for Saxual Content
View videos
Crashing on Startup
My game crashes every time I attempt to Play. I am on Windows 7 with an i7, more than enough ram, and a 1050 ti (an old but good rig) that I've never had a problem like this on. I can play any other game just fine. I verified my game files, restarted steam entirely, re downloaded the game, re downloaded DX9, and no change. Does anyone know what I can do?...
2

While there have been no shortage of updates as of late with the recent Umbrella announcement and various Beta mode updates on Steam, with the end of May right around the corner, we wanted to quickly provide some updated info regarding when you can expect the full DLC (including Story Mode, etc) to be live on Steam and PS4.

SO, ABOUT MAY…
As many of you are no doubt aware, our original announcement indicated that you could expect the Annie DLC to release on both Steam and PS4 in May.

As it stands, while we expect to finalize everything within the next few weeks, realistically we likely won’t be able to fully launch everything until sometime in June or possibly even July.

WHY THE DELAY?
Beyond wanting to get as much time as possible to test and tune Annie and the other balance changes in the Beta branch, much of this is simply due to standard game development bugaboos like unforeseen issues and process/pipeline improvements we needed to iron out.

That said, the biggest hurdle we have to clear is the upcoming Sony submission. As I’m sure most of you know, the release process on Steam is much more straightforward than it is on Sony, mostly due to Sony’s certification process, which can cause a release to be delayed weeks depending on any issues that pop-up along the way.

The good news in all this is that the folks at Sony have been super helpful and supportive, so we’re optimistic that we’ll be able to release sooner rather than later. That said, the nature of this process is that it is full of surprises, so we don’t want to speak too soon.

As such, while we have every expectation to lock everything down in June, it may not be until July before the final DLC hits on all platforms.

WILL STEAM GET THE DLC UPDATE FIRST?
One of our goals from the get go has been to ensure that we simultaneously launch as much content as possible on all platforms at once. As noted in our earlier post, the main exception to that is gameplay features that benefit greatly from rapid iteration (which is much easier on Steam than it is on PS4), hence our Early Access release.

While we plan to continue to release Early Access updates (including Annie’s character tutorial and combo trials) to Skullgirls 2nd Encore on Steam as content is finalized, the final DLC release (including certain content like Annie’s Story Mode) will only be fully released on Steam once the PS4 version is good to go.

For more information about our plans for the Nintendo Switch, Xbox 360, and PS3/Vita versions of Skullgirls, please see our original Season 1 Pass FAQ.

WRAPPING UP
Needless to say, we really appreciate your patience and understanding while we hammer all of this stuff out. Since this is our first full rollout across all platforms, there’s a lot of up front setup work that we only need to do once, so we have every expectation that future DLC updates will go more smoothly and thus will have more predictable dates.

Thanks so much once again for all your support - we can’t wait to share the final DLC update as soon as it’s ready!

<3
Charley (and the rest of the Hidden Variable team) 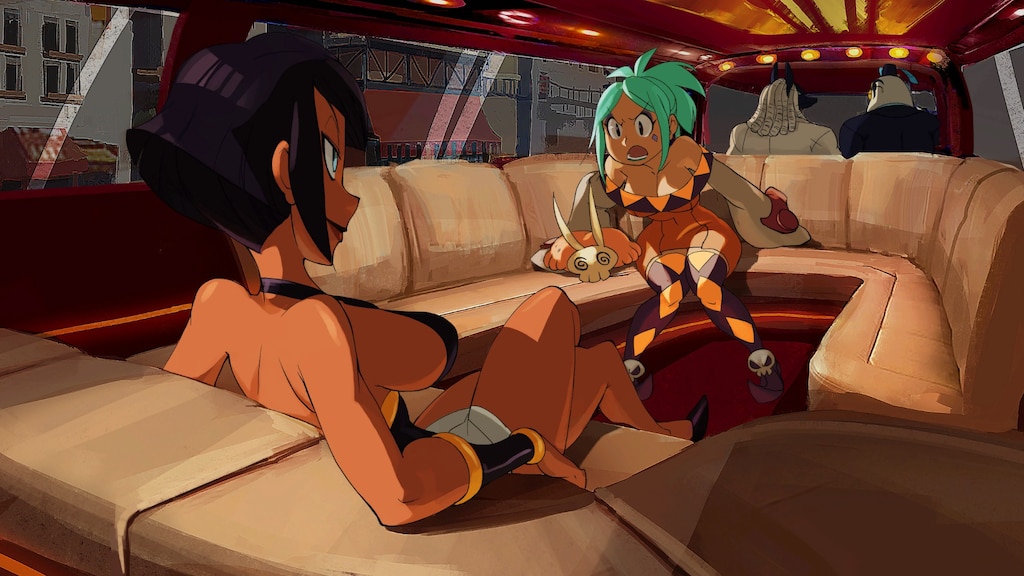 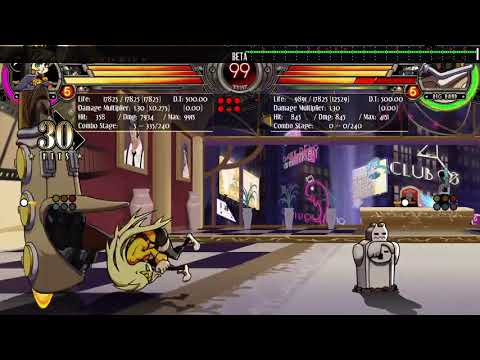 Recommended
196.7 hrs on record
We SIMP for some Skully Girls

ImaNeedaMinette
69 products in account
0
Its just me who feel like i lost money?
Like, i LOVE the game, i discovered it 5 years ago, only now i got the game, bla bla bla, you know the drill. But like, four months ago, i bought the game at full price (For me who lives in Brazil, its like 40 bucks) And now i ain't getting nothing for wasting 20+ bucks. And now to get the season pass, i need to waste 65 bucks. I know, 4 characters and all, but people who bought 2nd encore... can't earn literally a single thing to have to wasting +20 bucks on a game? people who bought skullgirl and did...
75 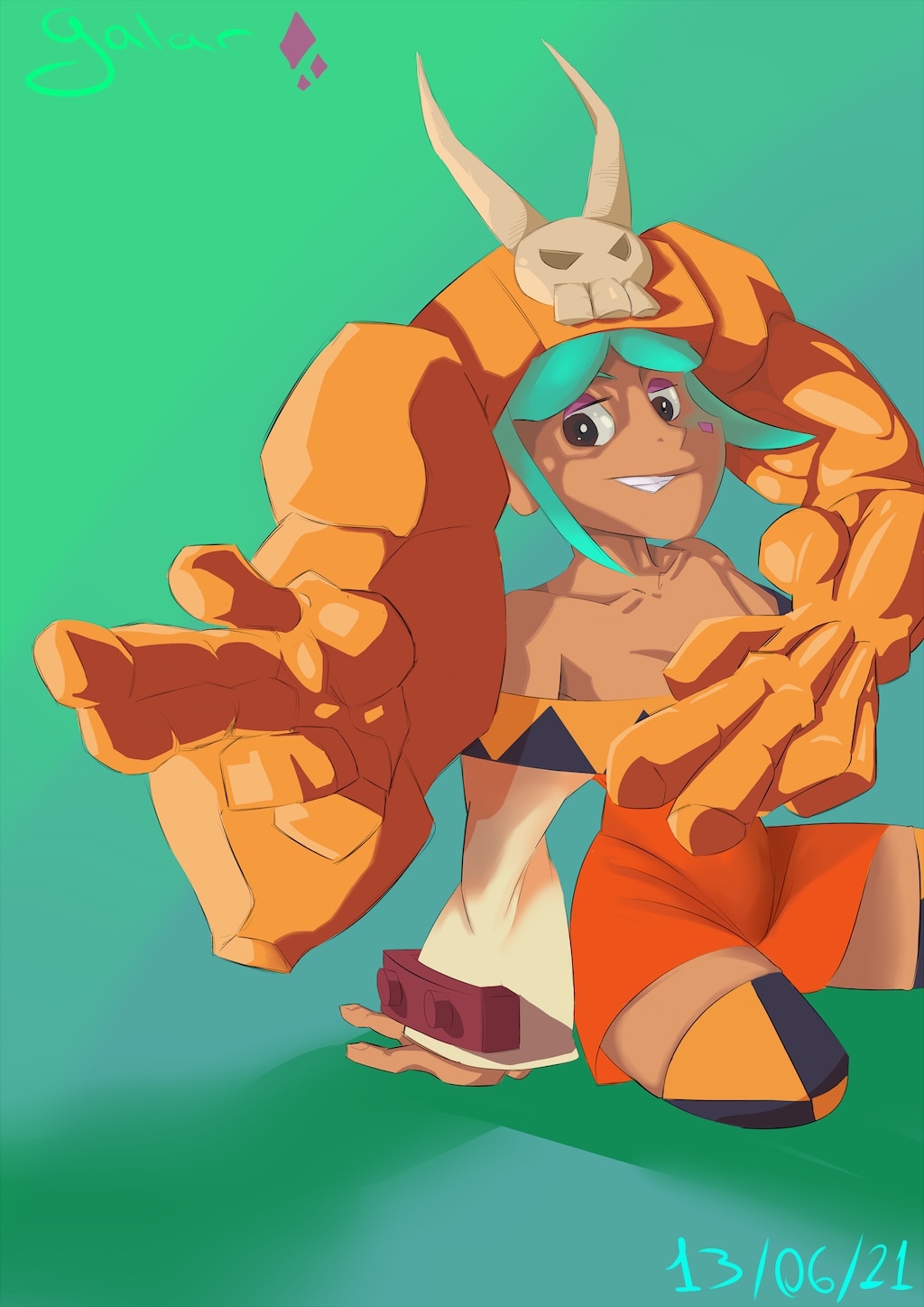 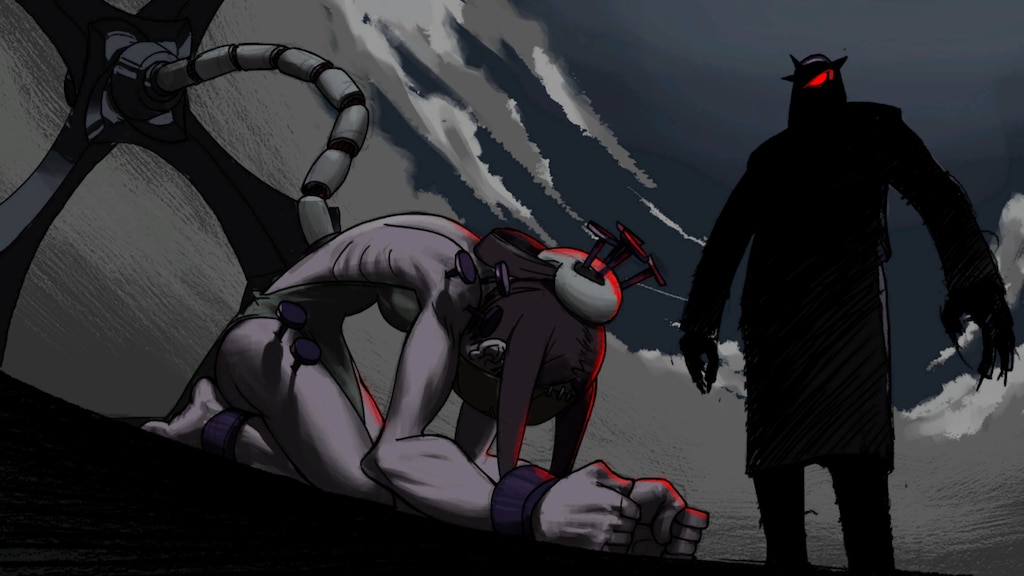 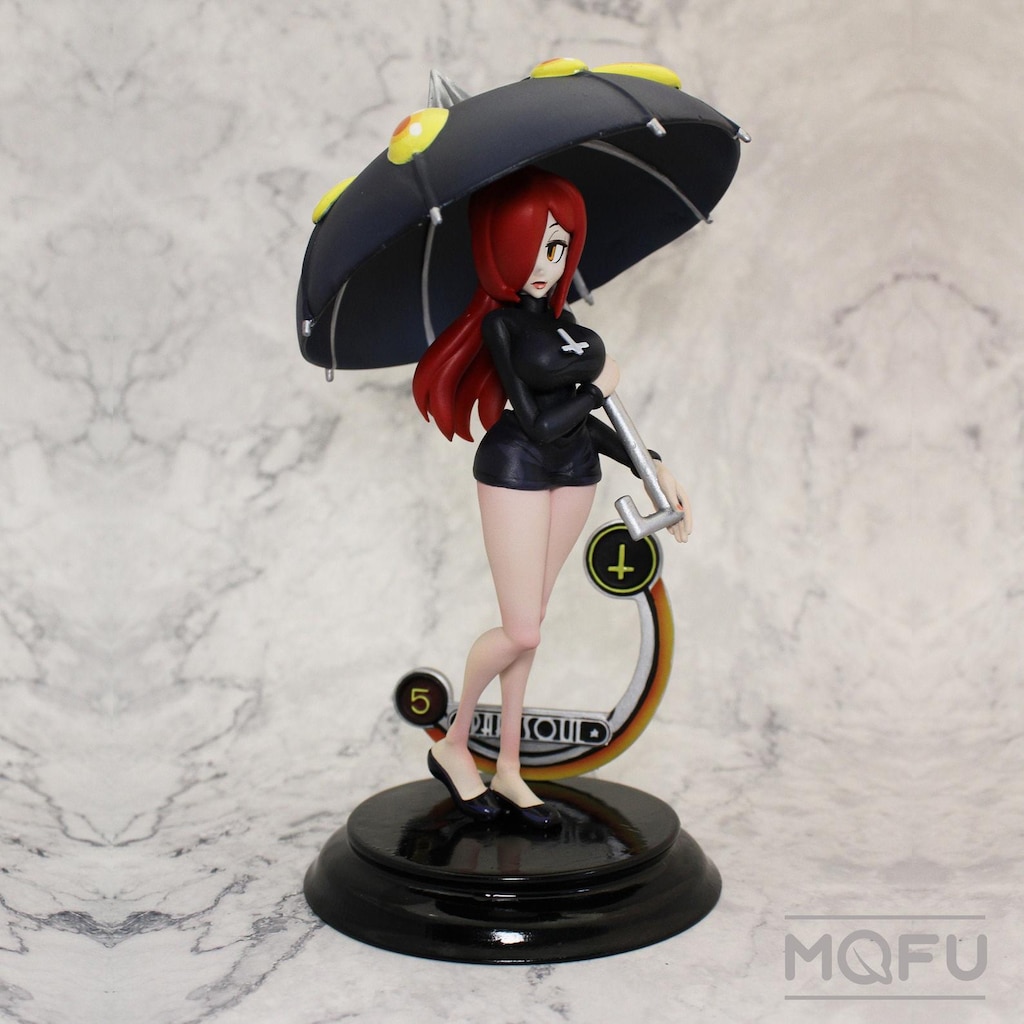 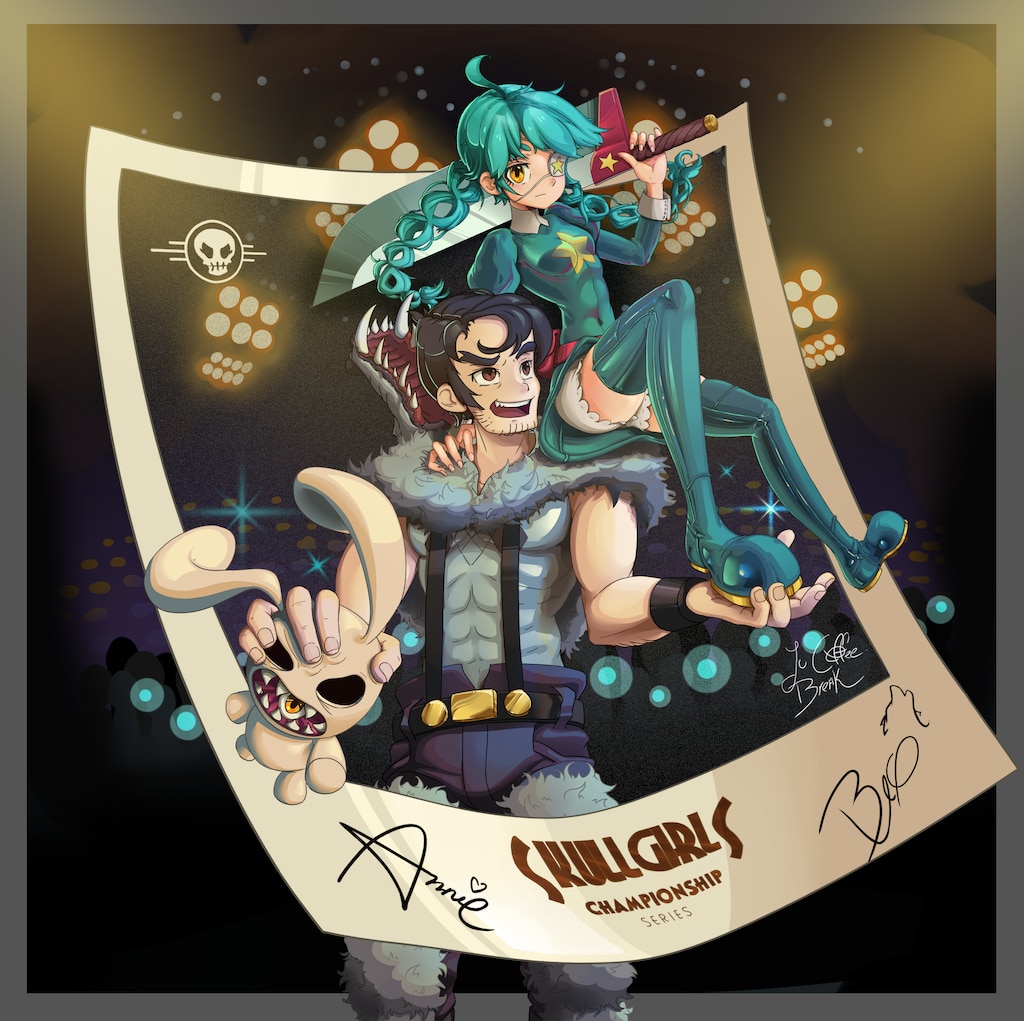 0
0
Annie and Beowulf ready for tourney ! 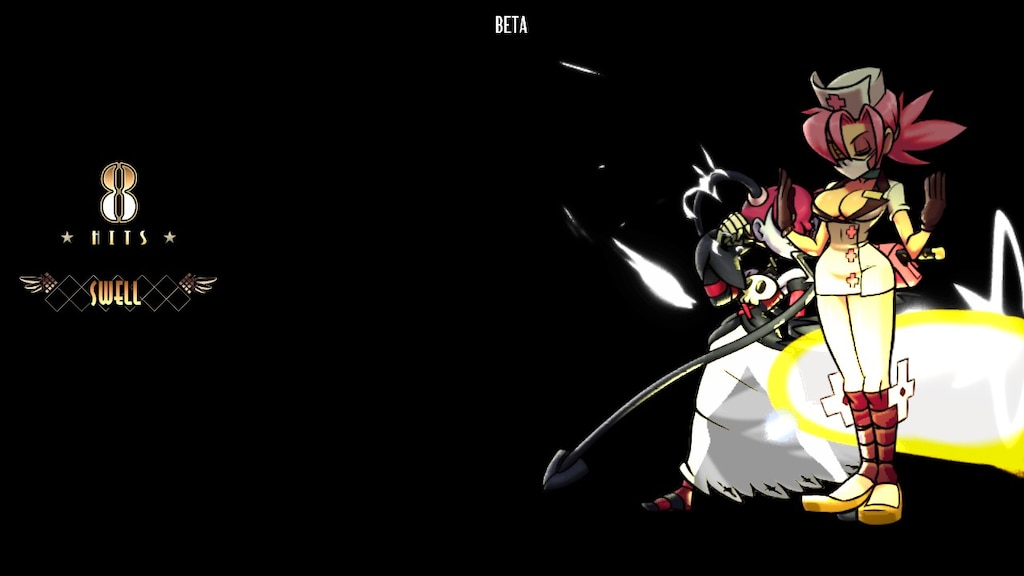 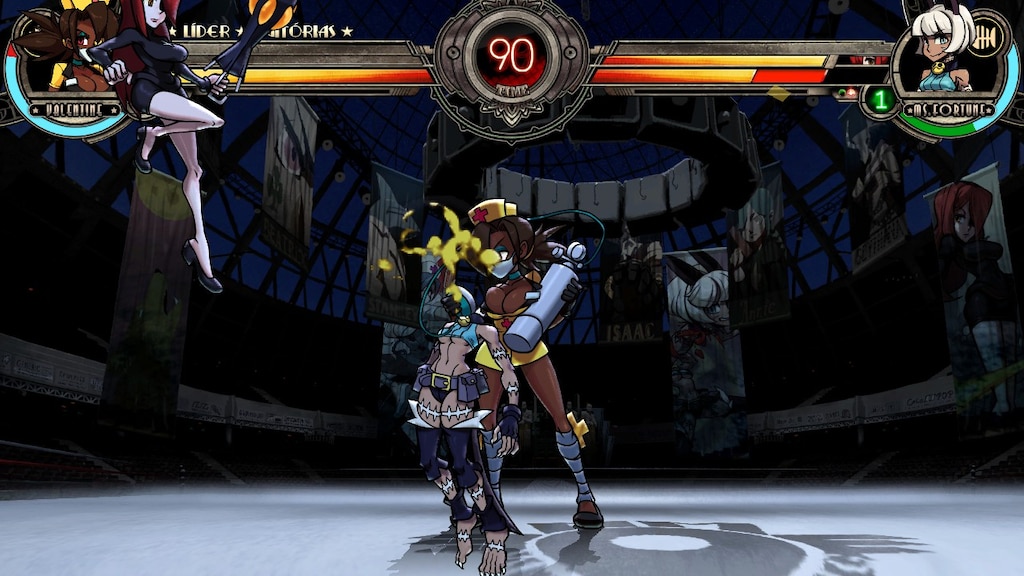 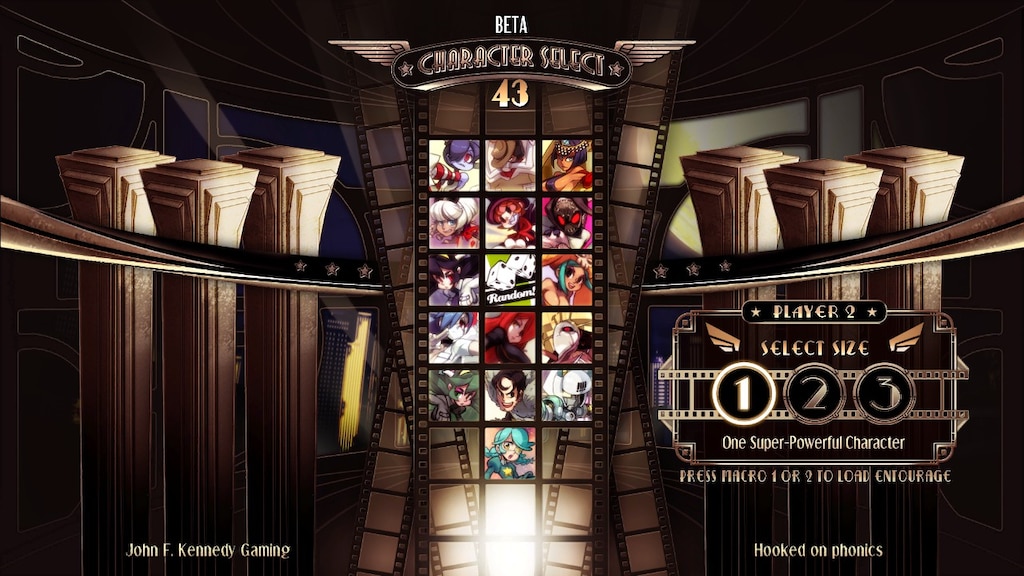