Merciless trench warfare immerses you and your squad in intense battles of attack and defense. Verdun is the first multiplayer FPS set in an authentic World War One setting offering a rarely seen battlefield experience.
$19.99
Visit the Store Page
Most popular community and official content for the past week.  (?)
Verdun celebrates 8 years, Poison Prince campaign ends, and Isonzo dev blog!
May 3
Verdun celebrates 8 years!

The Poison Prince 1915 Campaign is over
The battle is over, and the Entente have suffered 50,280 less casualties than the Central Powers. Another Entente victory probably won't come as a surprise to anyone who's been following the campaigns so far. Still, things can change so we'll see what happens next time - a new campaign will be coming soon!

A note about the total casualties: they once again cleared 2,000,000 total, reaching almost 2,500,000. That's more casualties than the German military suffered during the entirety of WW1... an important reminder that games like Verdun and Tannenberg represent particularly intense frontline combat, of a kind that generally wasn't sustained for very long. 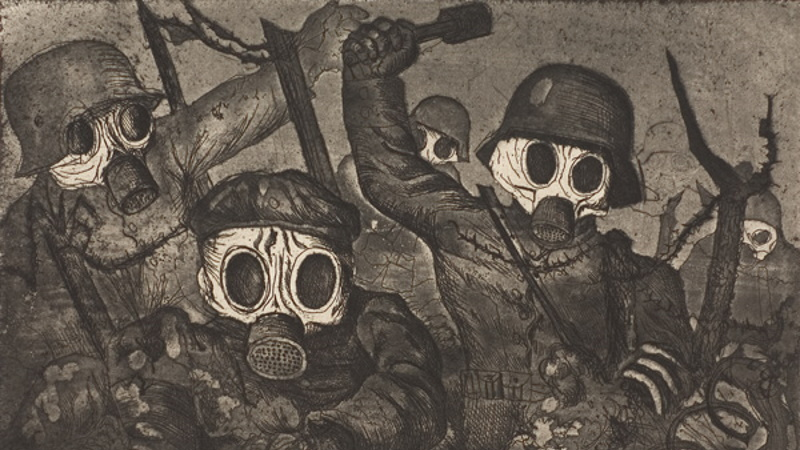 The first Isonzo intel is released!
For Isonzo research, we made a small road trip down to Italy last year for some on-site research. Three of the team made the trip: series creative director Jos, together with producer Thomas and level designer Robin. As well as photos and recordings of scenery, we made also made a few videos. Here's the first one:

Developer Jos on location in Italy, discussing the Sixth Battle of the Isonzo.Even better, we have an extensive dev blog which goes into more detail about the multi-map Offensive game mode! Check it out on the Isonzo steam hub:
https://store.steampowered.com/news/app/1556790/view/3059609427948758060
Remember, a new campaign will be coming soon! See you next time.

Verdun
248
9
Connection Problems
Is anyone else unable to connect to the servers right now?
1 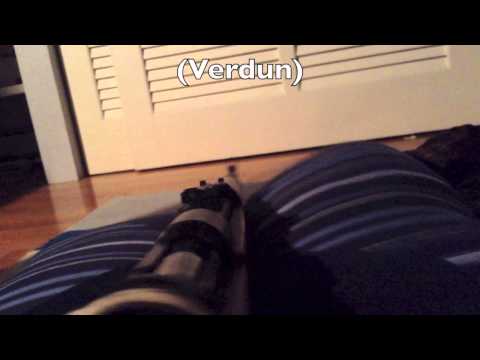 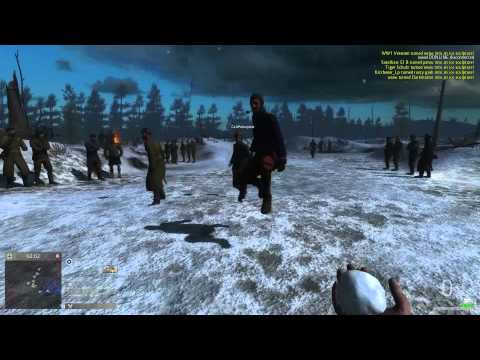 0
29
The Opening to Verdun - Apocalypse WWI

How not to be an Annoying Jackass in Verdun
A guide about how not to annoy your teammates and the devs of Verdun.
277 ratings 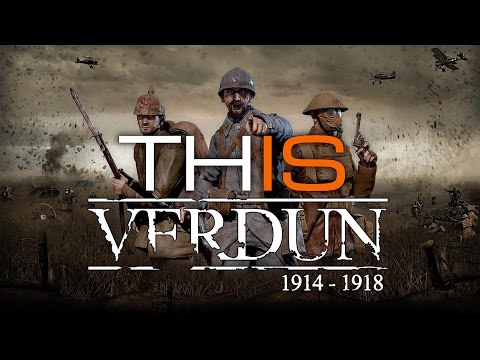 Jack
View videos
The First Use of Poison Gas on the Western Front
Apr 26
The date is April 22nd, 1915 - the time is 5:00pm. A heavy greenish yellow haze rises from the German trenches on the opposite side of the Belgian village of Langemarck. Released from metal canisters, liquid chlorine gas slowly drifted southwestward on the gentle breeze of that sunny afternoon as an artillery bombardment began. French troops were seen staggering back through a barrage of high-explosive shells, falling back behind the Canadian batteries and reserve infantry battalions. A British soldier describes the phenomenon:

"{I watched} figures running wildly in confusion over the fields. Greenish-gray clouds swept down upon them, turning yellow as they travelled over the country blasting everything they touched and shrivelling up the vegetation. . .. Then there staggered into our midst French soldiers, blinded, coughing, chests heaving, faces an ugly purple colour, lips speechless with agony, and behind them in the gas-soaked trenches, we learned that they had left hundreds of dead and dying comrades." 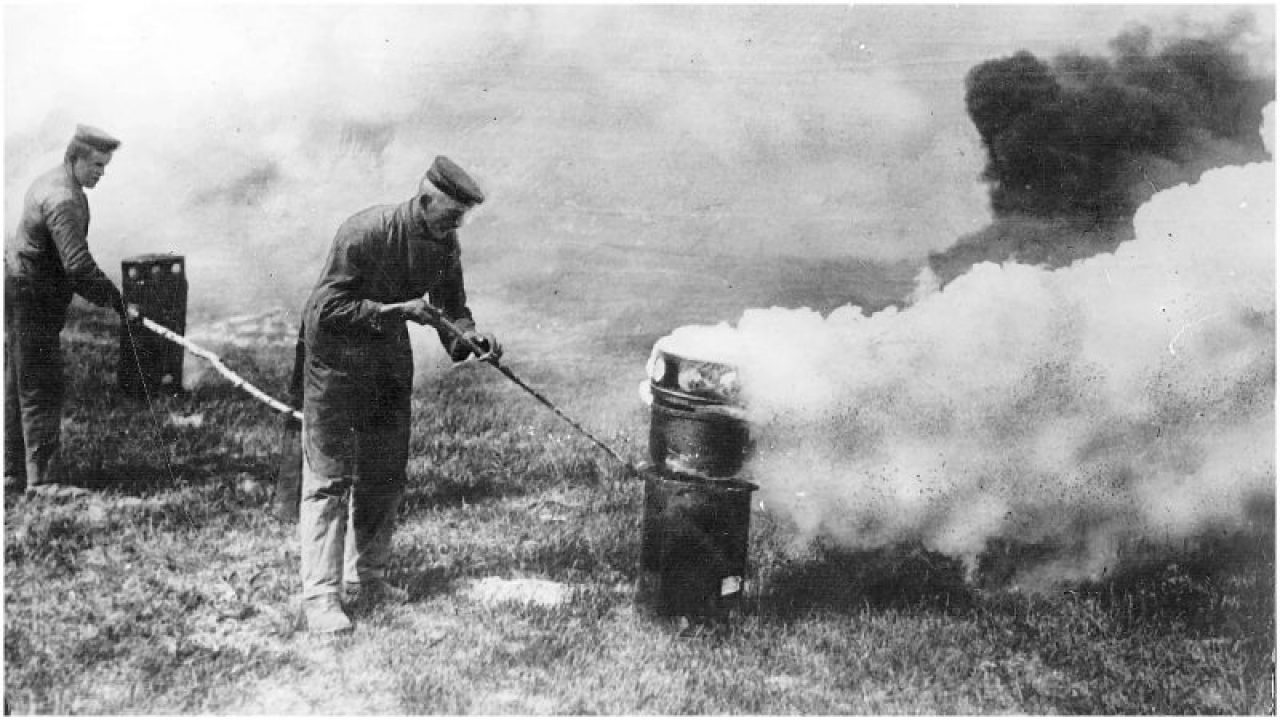 The line on the left was broken by the dangerous cloud of poison, and neither the Allies nor German forces were prepared for the amount of damage the toxic breeze would do. The effect of the gas on the French was greater than the German infantry had anticipated. By nightfall, the Germans had crossed the Yser Canal. By around 8:00pm there were no coherent bodies of French troops east of the canal, batteries in the area had been captured, and the entire left flank of the 1st Canadian Division lay exposed to attack. Although the Belgian and Canadian hinges held firm, Ypres was open for the taking. The gas attack was far more effective than the other German attempt earlier in the year at the Russian town of Bolimów - read about that here.

The Poison Prince Campaign Continues
At the time of writing, the Central Powers have suffered around 22,000 more casualties than the Entente, which would be a significant loss compared to previous campaigns, where the differences were often less than 10,000.

The campaign will end on April 30, this Friday. 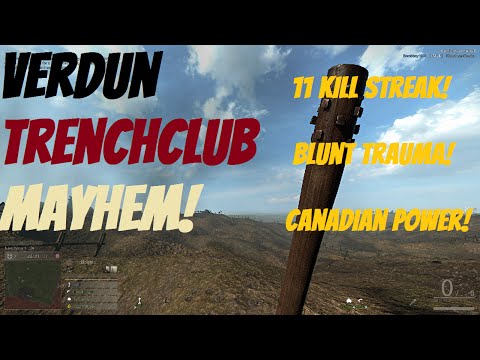 ItsGamerFreak
View videos
Poison Prince Campaign
Apr 22
A new campaign is live in Verdun and Tannenberg! Which side will suffer the least casualties over the next eight days of fighting? All losses from Frontlines and Maneuver mode battles until April 30 will be recorded, with victory going to the side which loses less men.

The Poison Prince campaign is named after Albrecht, Duke of Württemberg, who commanded German forces during the first major and successful use of gas during the First World War, during the Second Battle of Ypres. Albrecht was the crown-prince of the Kingdom of Württemberg, part of Germany which would cease to exist in 1918.

Although the Second Battle of Ypres was the first significant use of gas, it was not the first attempt by the German army. That dubious honor goes to the Battle of Bolimów in Russia. We’ll share more about these two moments in history during the course of the campaign!

Good luck out there...

Verdun - 100% Achievement Guide [ENG]
This is my 100% achievement guide with all necessary information and explanation about every single achievement of "Verdun - Western Front 1914-1918". Have fun!
56 ratings 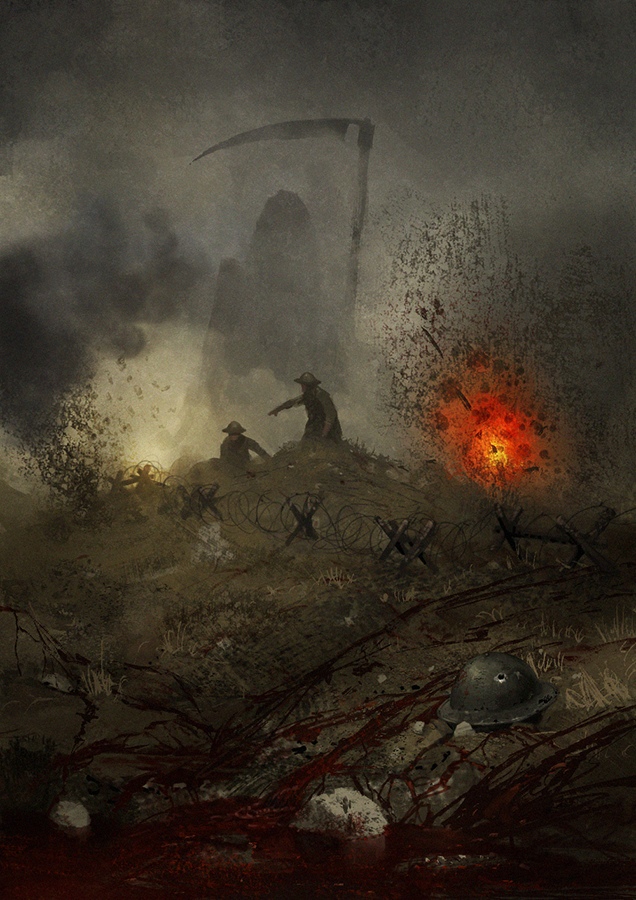 don't be concerned with k/d, just enjoy and immerse yourself 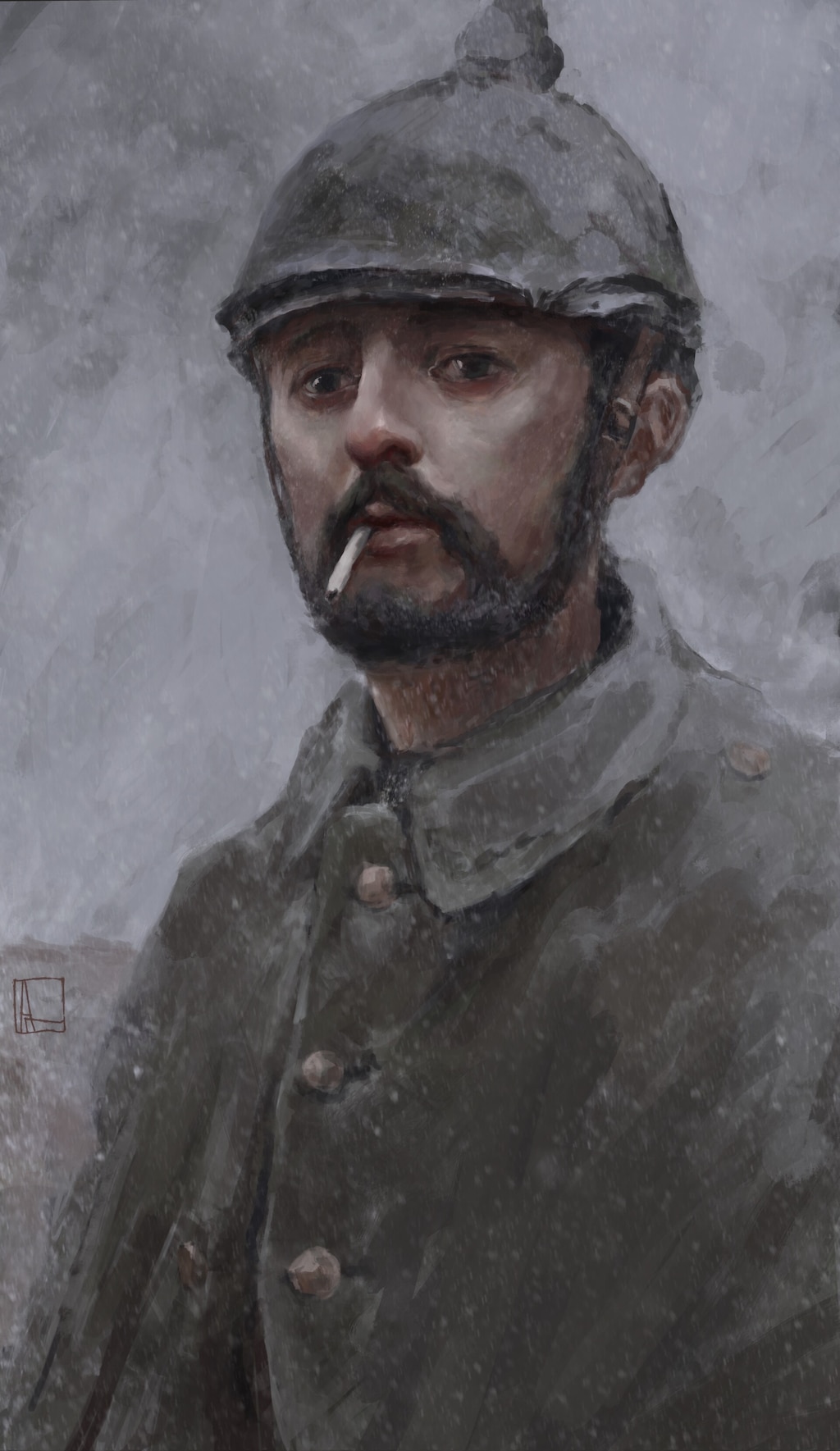 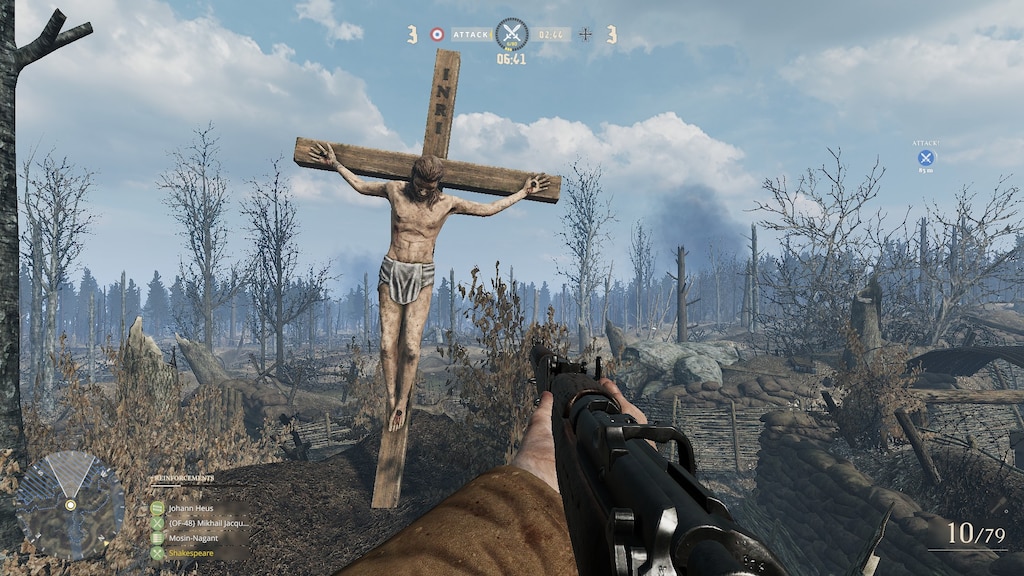 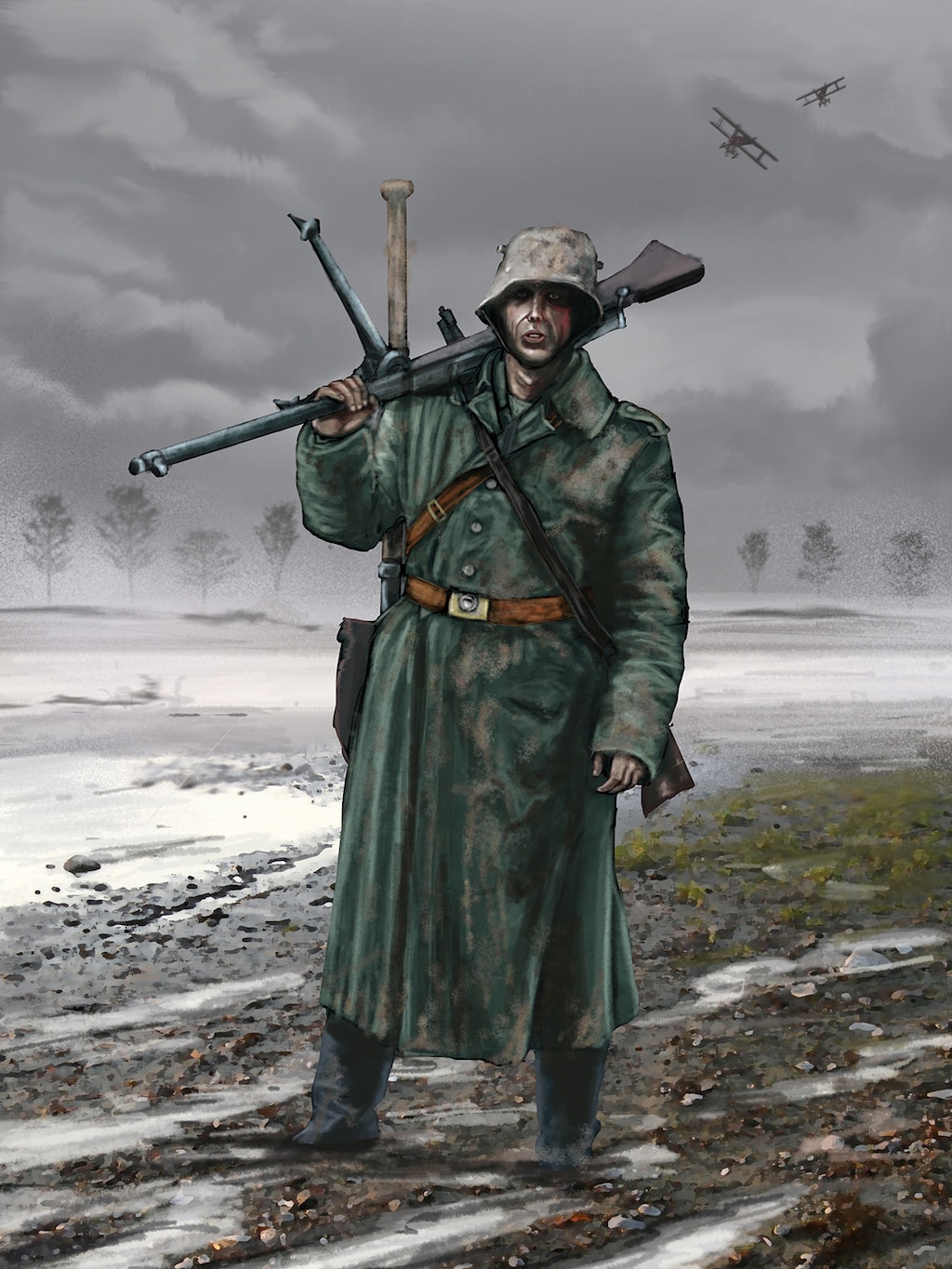 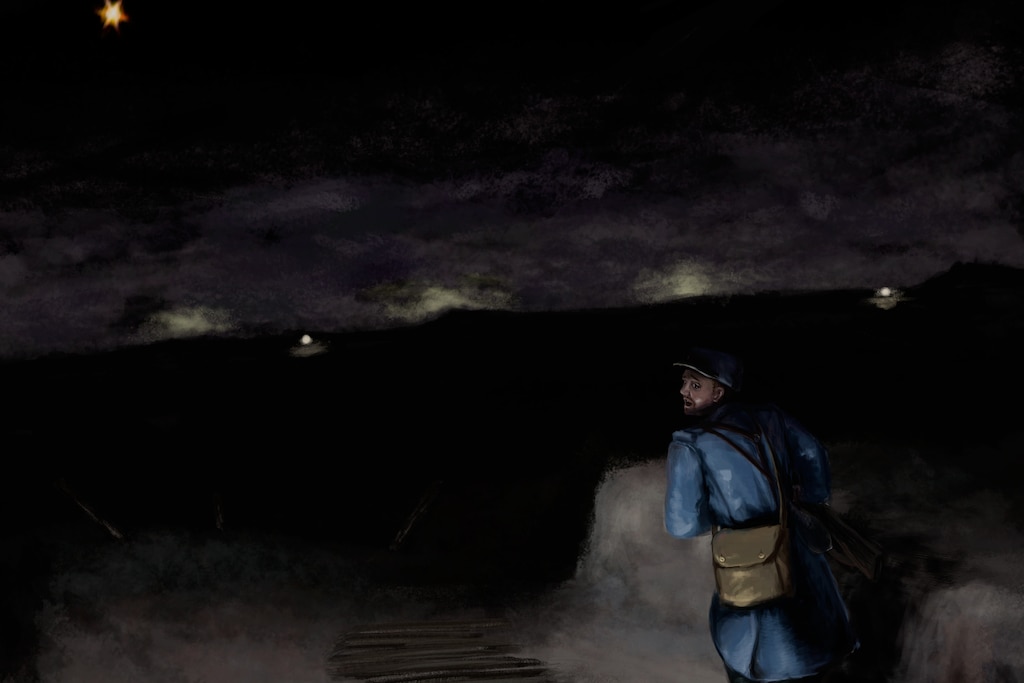 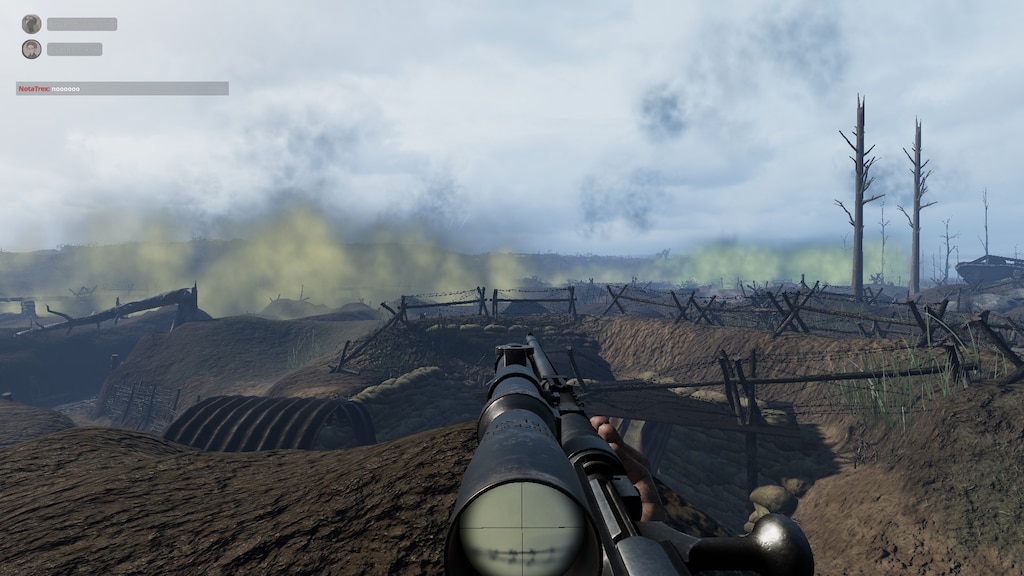 Recommended
16.8 hrs on record
I don't bother to write reviews but they asked me nicely and it's a nice game so I'll recommend it 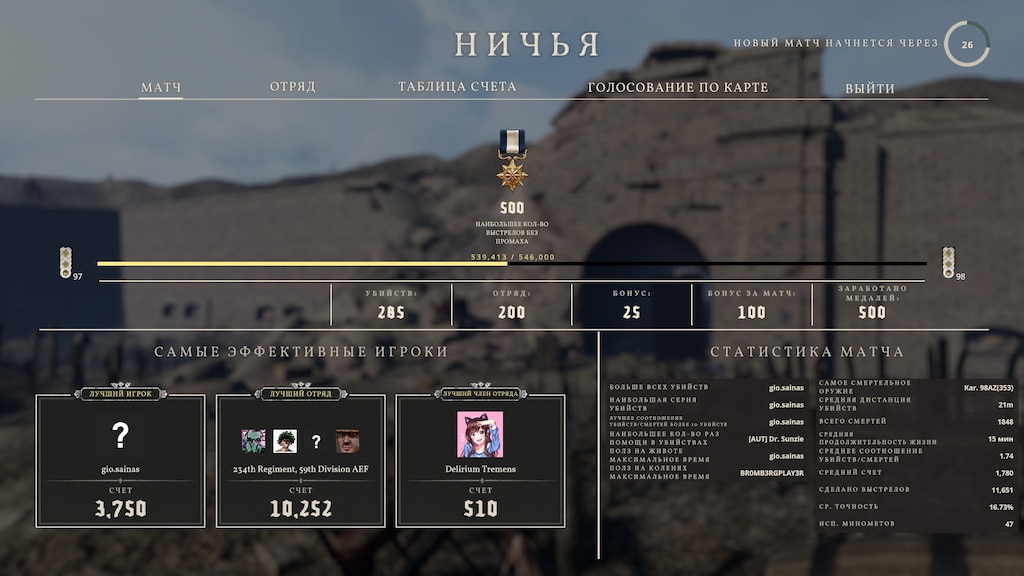 Kārlis
45 products in account
0
these ww1 games
which one is the most active, and which one should i get?
13

Bobby Blunt
May 9 @ 5:41am
General Discussions
A few rookie questions
Only started playing it a few days ago. Often by the time I've decided it's an enemy soldier, I'm dead. Do the small coloured circles above heads identify someone on my side? If so, what do the different colours represent (I've seen blue and green, not sure if there are others)? Is one colour for the squad I'm in, and the other for other troops on my side? Do I actually have any control over the unit and rank of soldier I am when I join a server? Or is it always randomly allocated? When I join a server I...
7

rebelstar5
May 9 @ 9:12am
General Discussions
Brutal but needed criticism
Just come back after a 1-2 year hiatus. STOP DEVELOPING NEW GAMES. Stop, just...no...put down the fingers...drop'em. Pause. You have a solid platform. You've sold a great number of copies of the two games. You've dished out biiiig updates to performance, graphics, and gameplay. What you missing?? A player base. Unless you want to die a quiet whimpering death, here is what the game needs. Balancing, or at least level development. My thought process being the frontlines gameplay is a wondrous idea, ...
21

Jared030858
Apr 22 @ 7:21am
General Discussions
Great games, but...
I think the bots need improvement. I've seen a lot of really negative discussions about the AI, and I have to disagree. I think it's great that the devs added bots, since it makes the battles larger and fills up servers which can have low player counts. They just need to change a few things. 1. The bots need to use trenches more when defending. They will stand and shoot behind, or on top of a sandbag or something, making themselves massive targets. They need to actually use the trenches as cover and firin...
10