N++ is a fast-paced, momentum-based platformer about darting around obstacles, narrowly evading enemies and collecting gold in a beautiful minimalist landscape.
$14.99
Visit the Store Page
Most popular community and official content for the past week.  (?)
Getting message "You need to be logged in to Steam to play N++"
I keep getting this error message everytime I try to open the game. Playing on a mac. Anyone else having this problem/know of a fix ?
49

hschindele
Jul 8 @ 11:40pm
General
Bug Reporting
We're working on fixing some issues like times/scores not being uploaded. Fixes for those should come soon. If there are any other issues that you see that didn't result in a crash please send us a support ticket here: https://app.assembla.com/spaces/nplusplus/support/tickets Thank you again for all your help, streams and kind words. They really do mean a bunch....
371 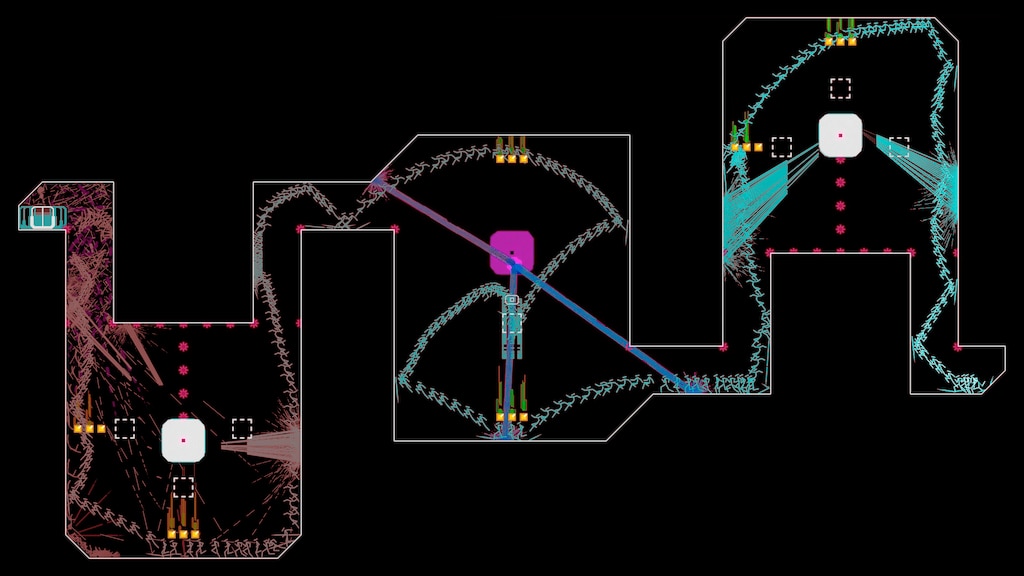 0
8
A map of my inevitable demise 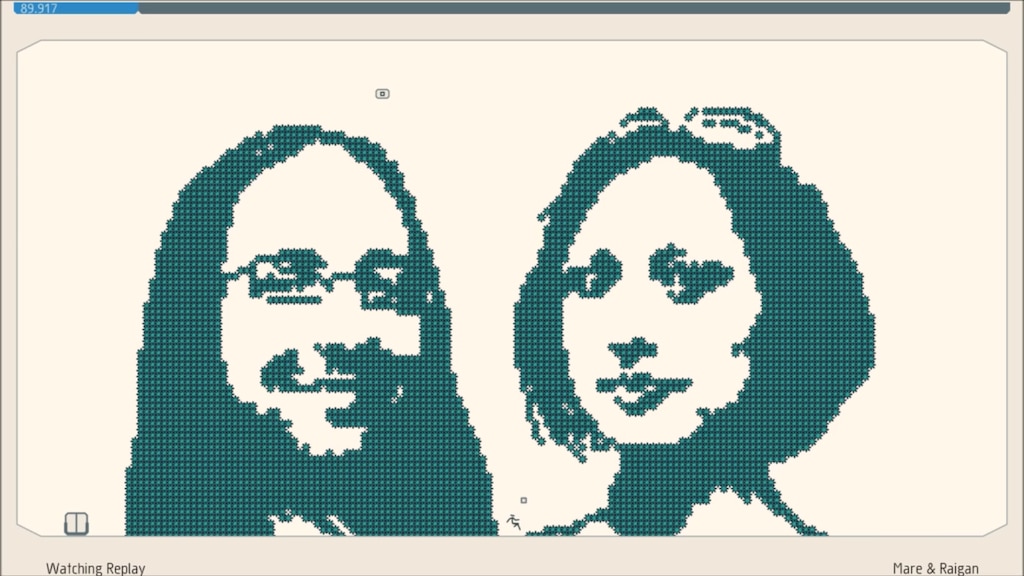 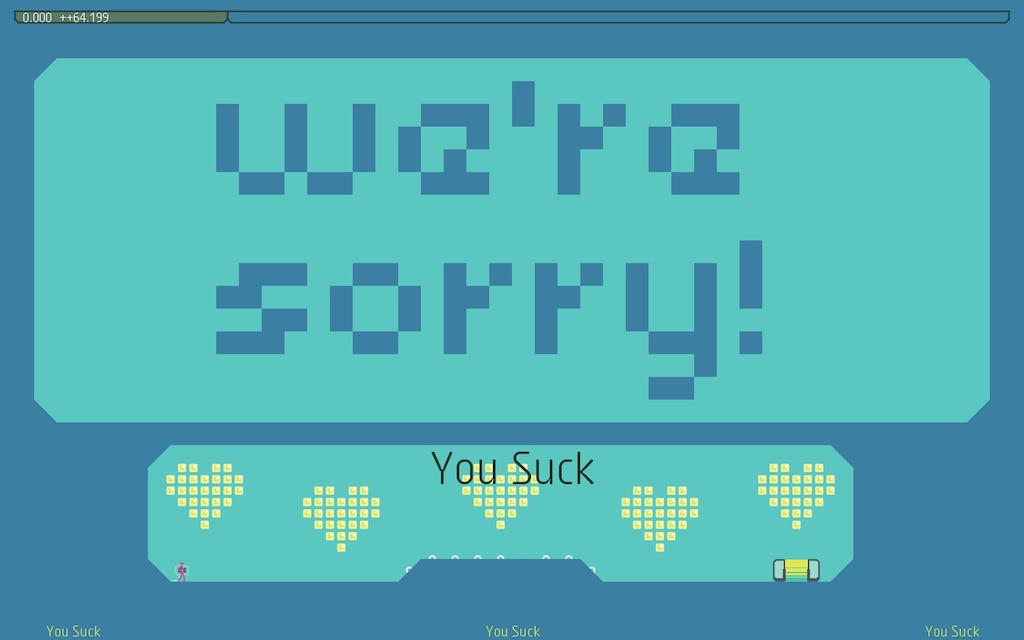 N++ Soundtrack List Alphabetical Order
Want to start supporting music artists that are featured in game? Or want a Spotify/Soundcloud/Google Play/Apple Music Playlist? Look no further. This is a work in progress: Please visit [url=https://www.reddit.com/r/nplusplus/comments/3fathb/n_sound...
51 ratings 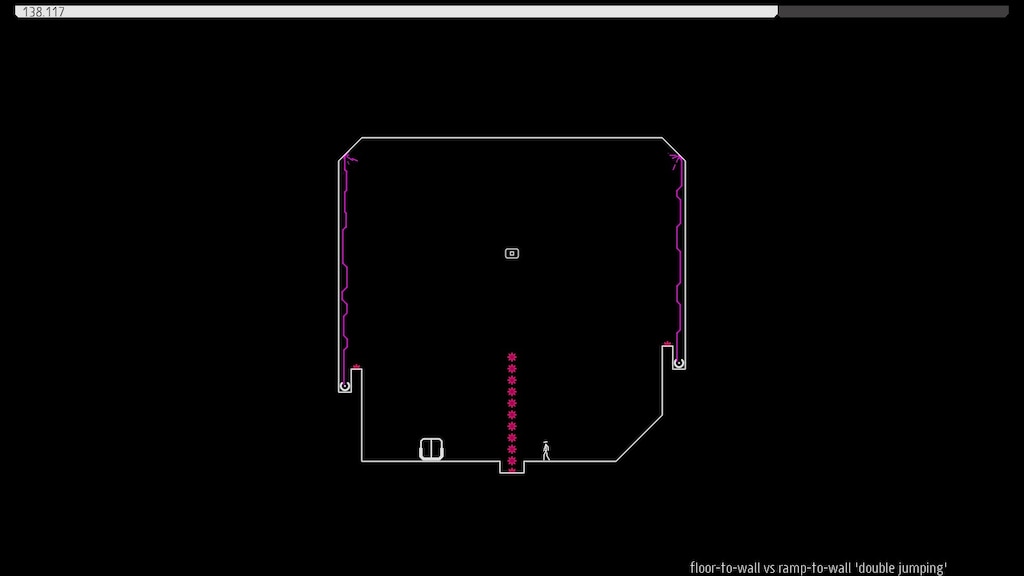 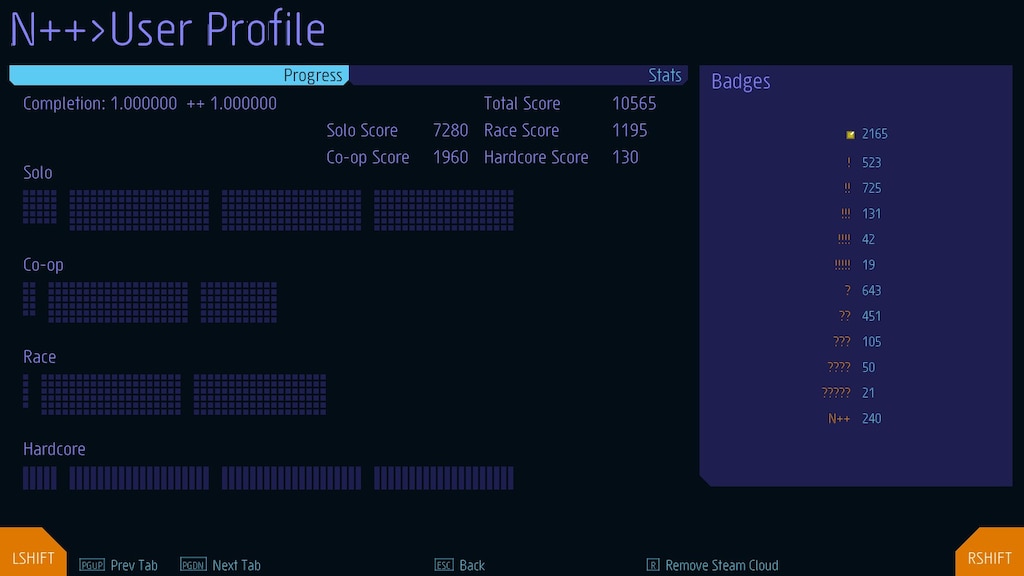 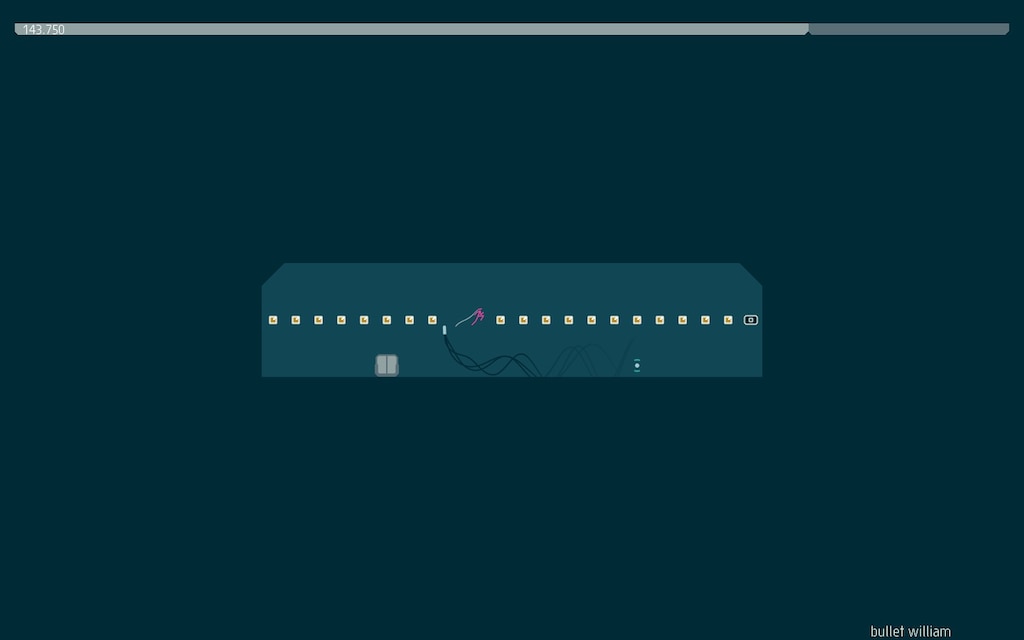 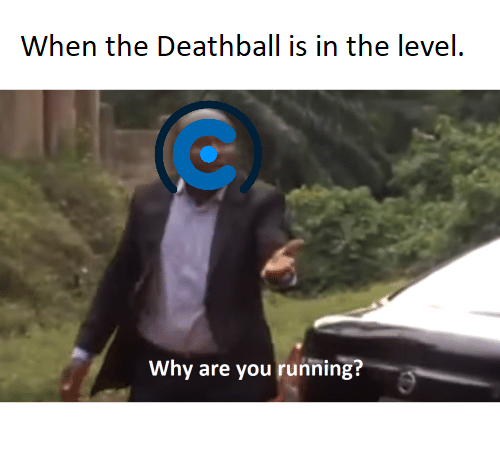 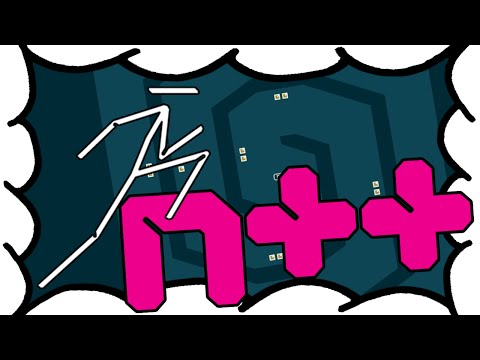 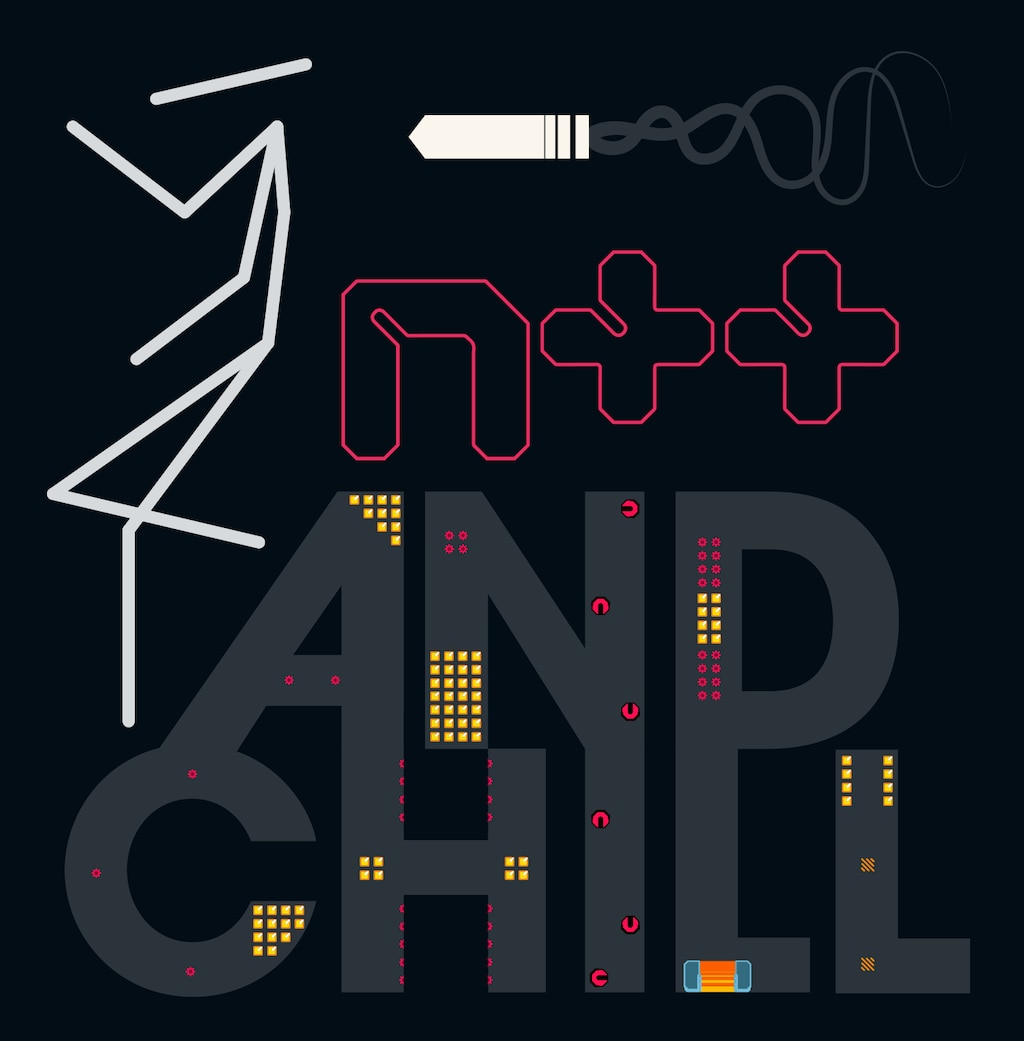 PSA: BACK UP YOUR SAVE FILE!
This is a warning to all N++ players about this game's tendency to corrupt its save file. 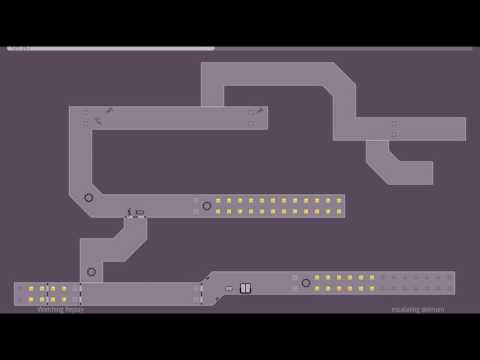 Recommended
1,342.3 hrs on record
Got me in for a few hours, pretty gud game, ngl 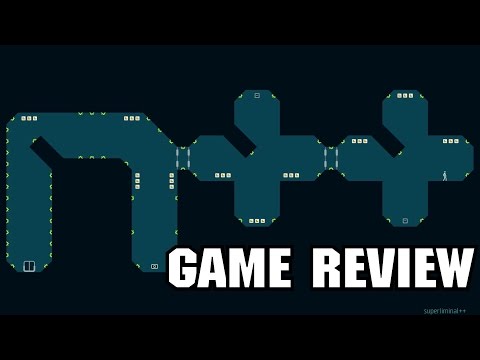 Sherlock Van Helsing
View videos
Remote play not working
I'm not sure why but the game doesn't receive any input from my friends when we try to use remote play. Any ideas?
5

Slybo
Mar 27 @ 1:40pm
General
Invisible ninja
I've just bought this game and I am very disappointed because I can't even play! my ninja is invisible. Playing in win10 with the latest gforce drivers. Fix this ASAP!
7

Falselot
Jun 28 @ 2:24pm
General
No one has rated this review as helpful yet

Recommended
202.3 hrs on record
Aight, this game is pretty fun, but there are some flaws. I think my least favorite aspect of this game is the level design. To put it simply, Metanet has gone to the more, 'ragequit-worthy' aspects of game design. Most of the difficult levels follows these exact format:
1. Enemy spam, where there are a bunch of enemies, usually drones and mini drones, placed in an inconsistent manner, which becomes difficult to navigate through, since you can't really predict their path.
2. A bunch of evil ninjas, and you have to go around a path that eventually cross theirs.
3. And one of my least favorites, they literally make the ending of the level very difficult, like a narrow mine-filled path to the door, but the entire level is long, so you have to do everything all over again just to succeed on that particular part. C'mon, seriously? That's lame. You could do better than that.
I do admit though, making thousands of level is a hell of a task, and it ain't easy. But that doesn't mean I accept those levels though, They are just though, not fun at all. In contrast to the original N, there are plenty of though levels, but I actually enjoy playing them. Like that one level called "Mother Thumping Impossible", I don't know if ya'll know, that's hard as hell, but i enjoy it. They are hard, but they don't have that, "ragequit-worthy" vibe to it. Maybe it's because of the designs of the levels. I think the designs in N++ are all too, monotone, while putting those rage-enducing factors to it. Where as in the original N, they are simplistic, but have their own quirks to it. Beside all that though? This game is sleek as hell! It's obviously more polished. I enjoyed it, but I think the best part of this game is the level design. Now that's addicting. Using the level designer removes all that stress from the hard levels.

Recommended
5.6 hrs on record
I don't really see how you could go wrong with this game, its a simple concept with essentially endless gameplay and replayability (online levels, perfecting previous levels), done with the fairest controls i've ever seen in a platformer. all with a bunch of extra cool stuff stacked ontop.

None of the levels are locked either, so if the levels prove too easy or bland you can skip on right by, or do a whole "ultimate" category of levels. it just works.