A story-driven, action adventure combining exploration with fast-paced combat. Untangle the past as Kena, a young Spirit Guide in search of the sacred Mountain Shrine. Help free the spirits trapped in a forgotten village with the help of the Rot, her adorable (yet powerful) spirit companions.
$39.99
Visit the Store Page
Most popular community and official content for the past week.  (?)
Holiday Hats Available Now!
Nov 27
Holiday Hats Available Now

‘Tis the holiday season, and getting quite chilly,
The Rot have been feeling so jolly and silly!
We’ve hidden more hats for some holiday cheer,
If you don’t find them quick they might all disappear!

From today until January 1st, you can uncover 6 limited-time Holiday Hats.

3 will be available at the Hat Cart, but for the others, you must track down and defeat some holiday themed Cursed Chests. Good luck!

Patch 2.07 is required for Holiday Hats. 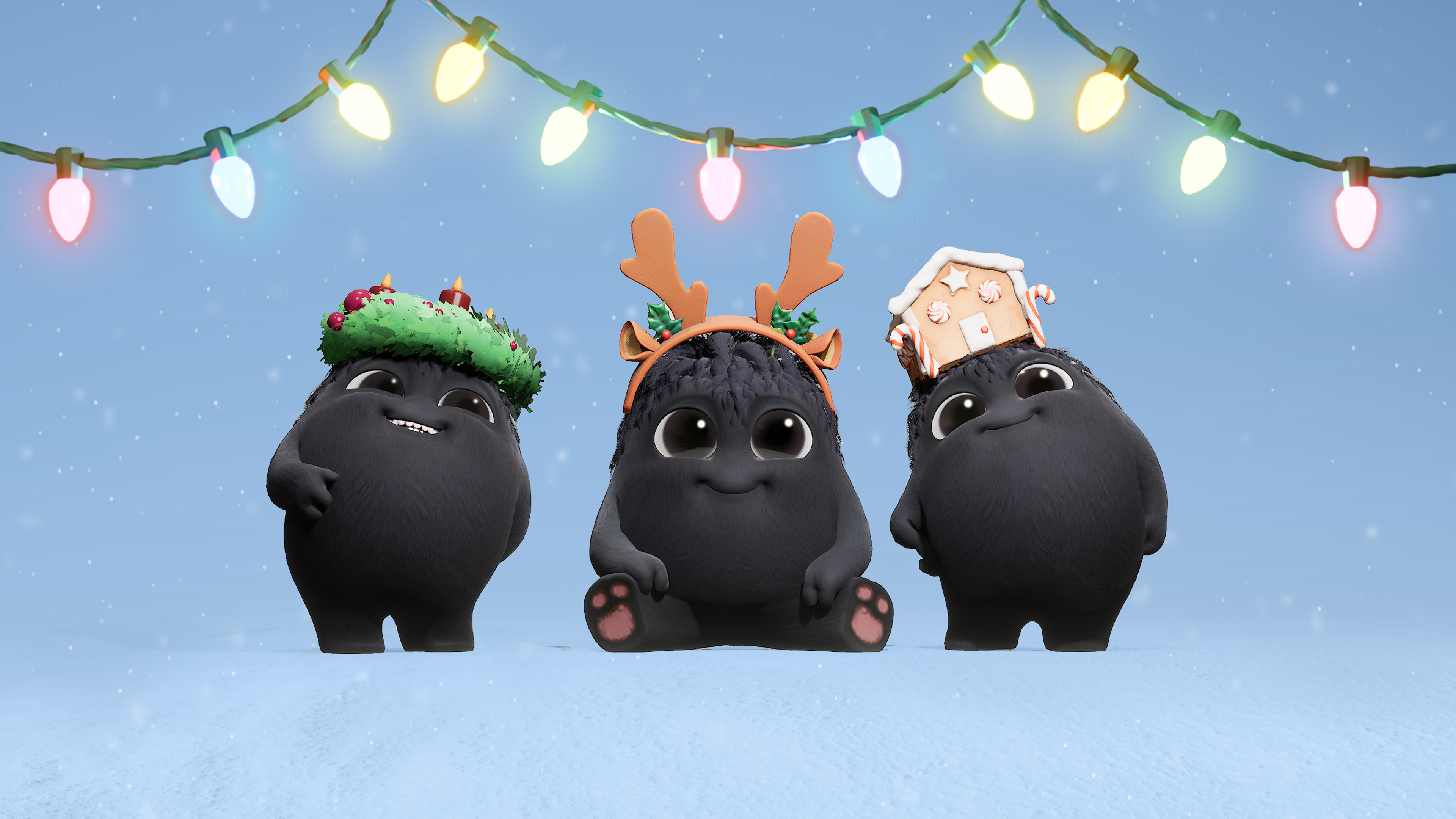 Kena: Bridge of Spirits
585
24
Are all characters except the protagonist in this game dead?
This is bugging me... Rufus and that shaman guy and other characters appear to exhibit same behaviour as those kids (teleporting everywhere), but the kids are actually dead and when they "moved on" Rufus just sorta peaced out of there. Are they all dead or some of them are actually alive?...
3

A graphically pleasing Action-Adventure with a mix set of good things alike from HZD and GOW reboot implemented. One of the best open world map design I've experienced, every corner has purpose and collections. Exploration grants you with rewards while having a lovely visual left and right. One minute you're in the ground looking at a summit of the mountain then a few gameplay later and you're on top of it.

It has a lots of great mechanics and platforming puzzle. I appreciate the default M/K binding as they immediately clicks once you'd familiarize with it. Also this is not a souls-like in my opinion, as one of the main tag says. There's nothing really new or revolutionary the game introduce but all I could say is they mastered every formula they've put into this.

PS. Not finished yet, It's not a 9 hours game. I think I'm more than halfway, will put my 1-5 score once finished. 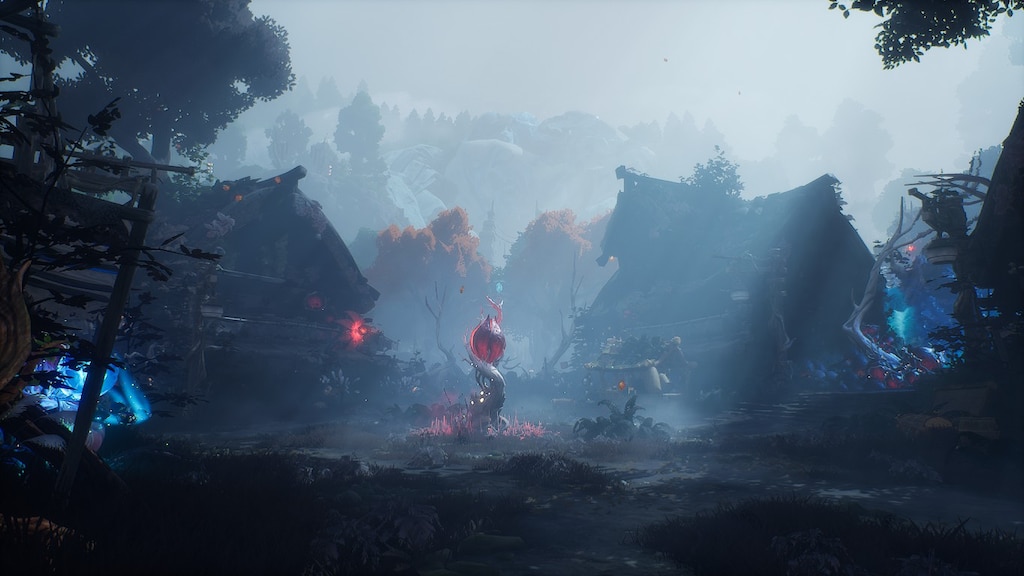 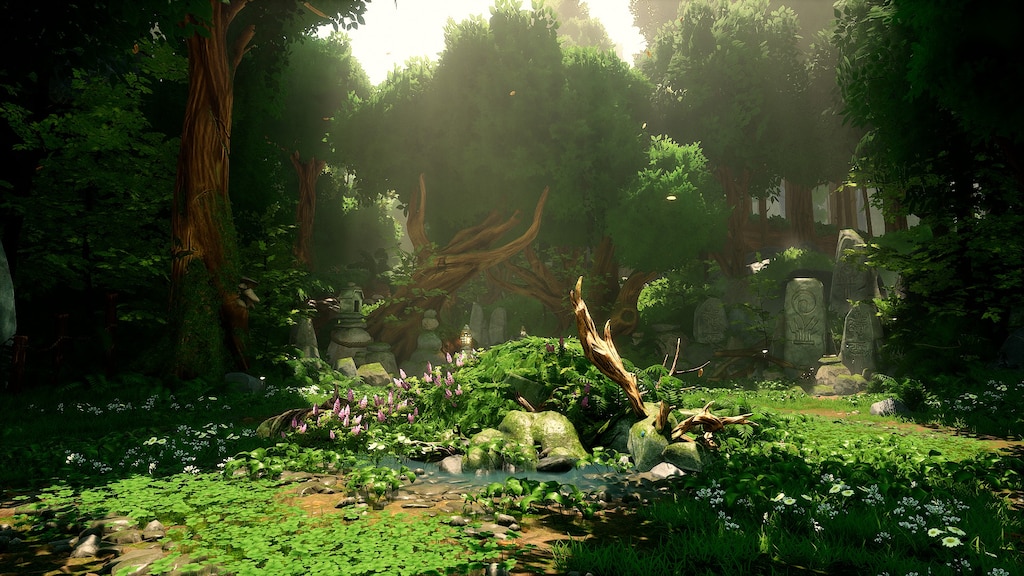 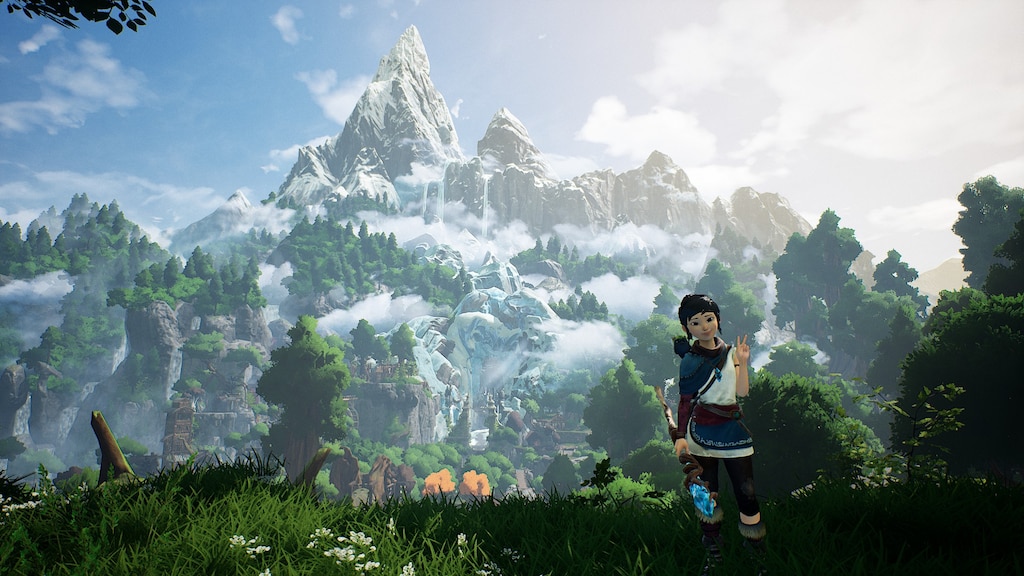 Recommended
4.4 hrs on record
Nice game with beautiful visual and relaxing music. if you like the Animation of Pixar movies then it will be a gem for you 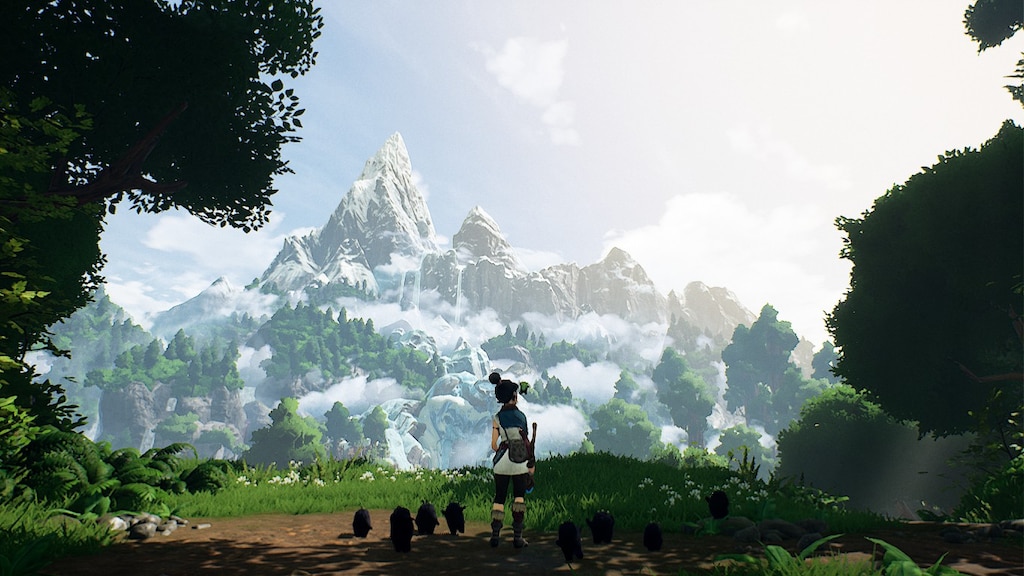 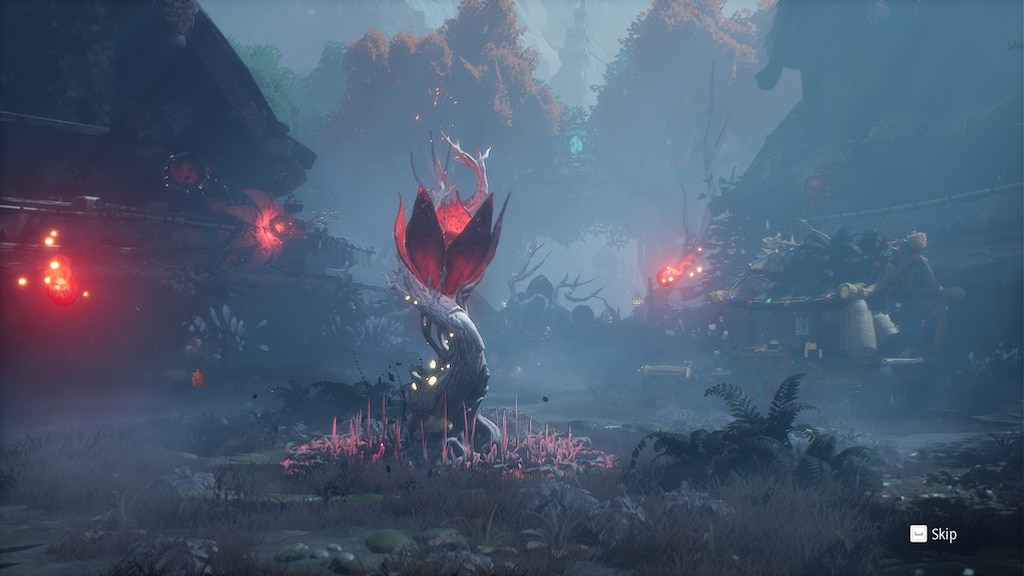 Recommended
19.8 hrs on record
This game is amazing, I swear to God.

I had such a ♥♥♥♥♥♥♥ blast playing this game. The visuals are amazing, I loved the voice acting, the gameplay was incredibly entertaining.
From traversing the world and solving environmental puzzles to the battles and the story, everything was just chef's kiss. It kept me entertained and invested all the way through to the end.

The game got some quirks that made it frustrating sometimes of course. The second jump of the double jump doesn't cover as much distance as the first one which took some getting used to. It made some parts of the platforming unnecessarily rage-inducing because you'll just slide off it if you didn't jump high enough. And you can only grab onto specific ledges.

The world is really cool and incredibly pretty. I'm not a big fan of open world games but the map isn't too big and I had a lot of fun exploring it thoroughly. You don't really have total freedom since you're missing skills to progress so you're always only able to go to a specific section until you unlock the skill for the next area.

I read a lot about the game having challenging battles so I started the game on the easiest difficulty. It took a bit of time to get used to the fighting but after a while I increased the difficulty by two levels because the enemies were dying way too fast for me to properly enjoy the battles.

The story was pretty interesting, I liked it a lot. I do think that the ending was not very satisfying tho, it's pretty abrupt. I think I remember them mentioning that Kena, the main character, has some inner demons she needs to fight but they don't really elaborate further into that topic... Some moments were pretty emotional though, I teared up at leastonce or twice.

♥♥♥♥♥♥♥♥♥, the soundtrack in this is top notch. I loooooved the section where you have to reach the village heart and you have to parcours to a corrupted flower as it repeatedly sends out waves of corruption while there's this epic song playing with the singer doing amazing harmonies and belts. I got mega goosenips from this so that after I finished that section I reloaded an earlier save file just to experience that part again.

I felt like the final boss battle went by way too fast... They could've padded it out a bit. For example by adding some phases where you have to get some hits in with you bow or your staff. It was pretty cool but waaay too short.

I got this game while it was on sale but I would've totally paid the full price for it! Ya'll need to play it.

Holiday Rot Hat Locations
Patch 2.07 added 6 new holiday themed rot hats to the game that are only available to get until January 1st. This guide will outline the locations for each new hat. Happy hunting and happy holidays! 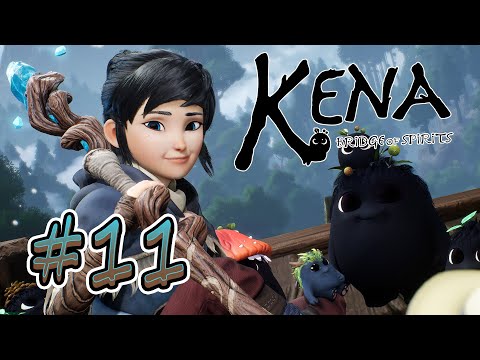 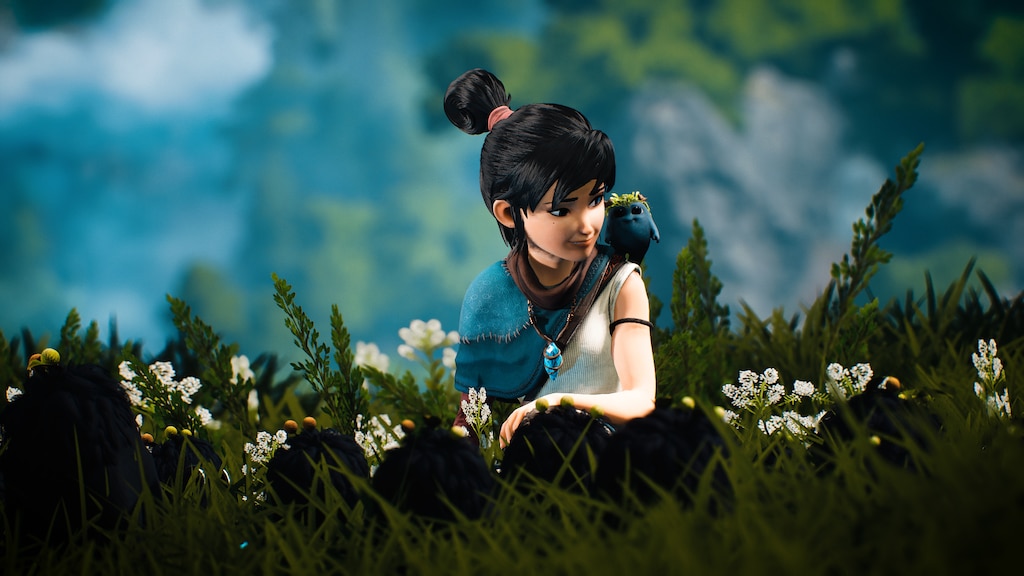 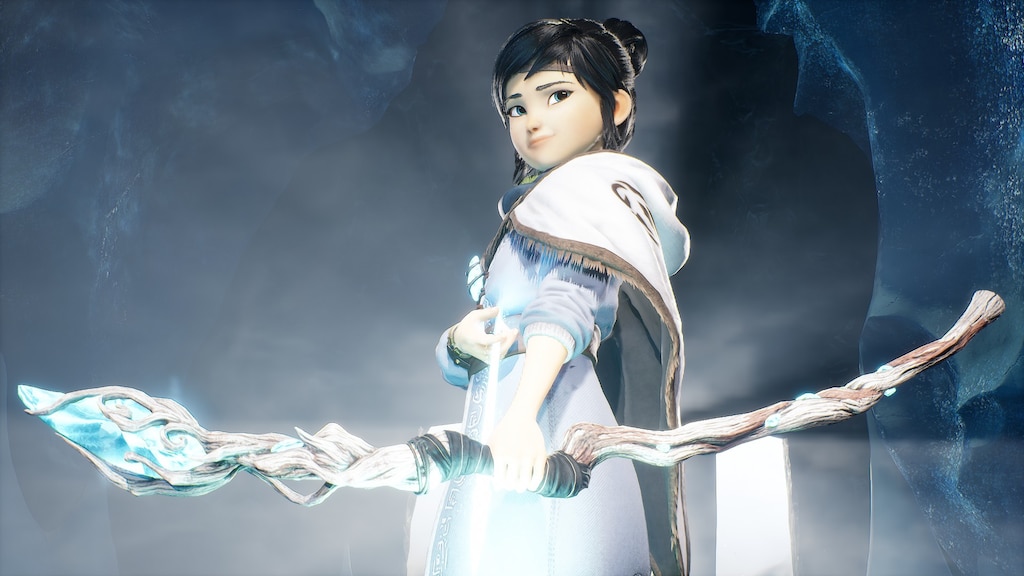 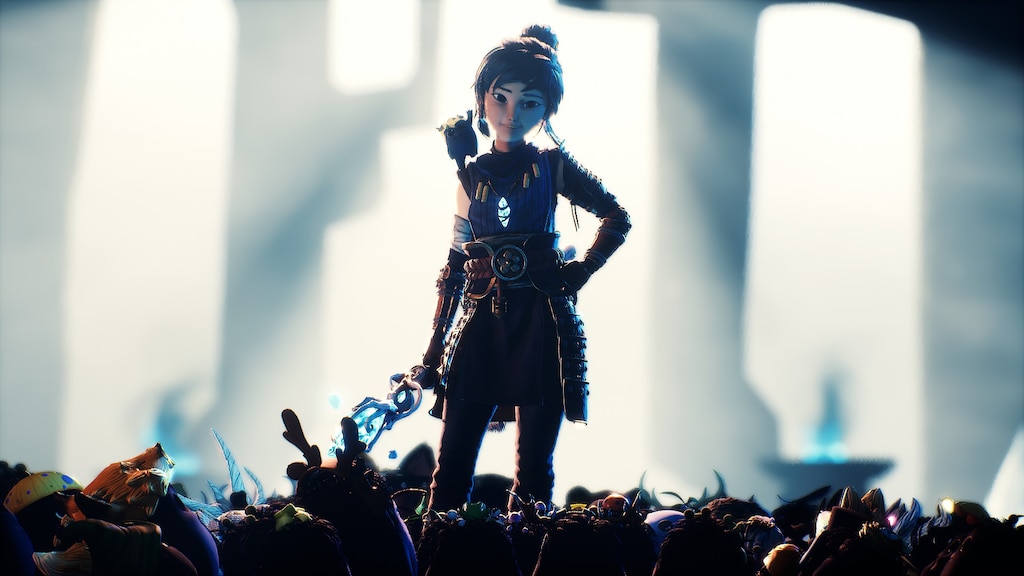 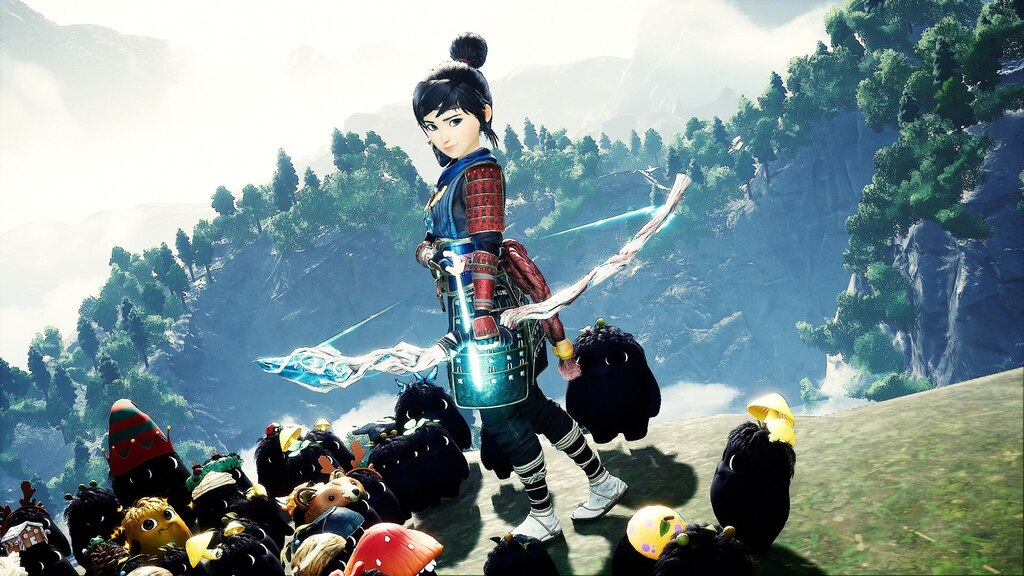 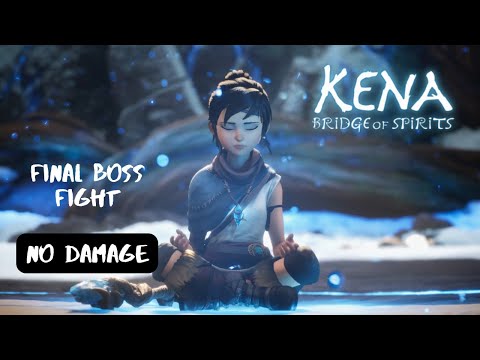 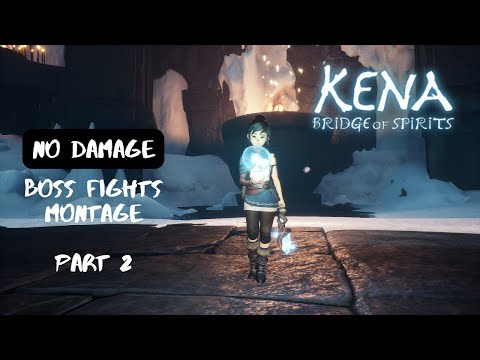 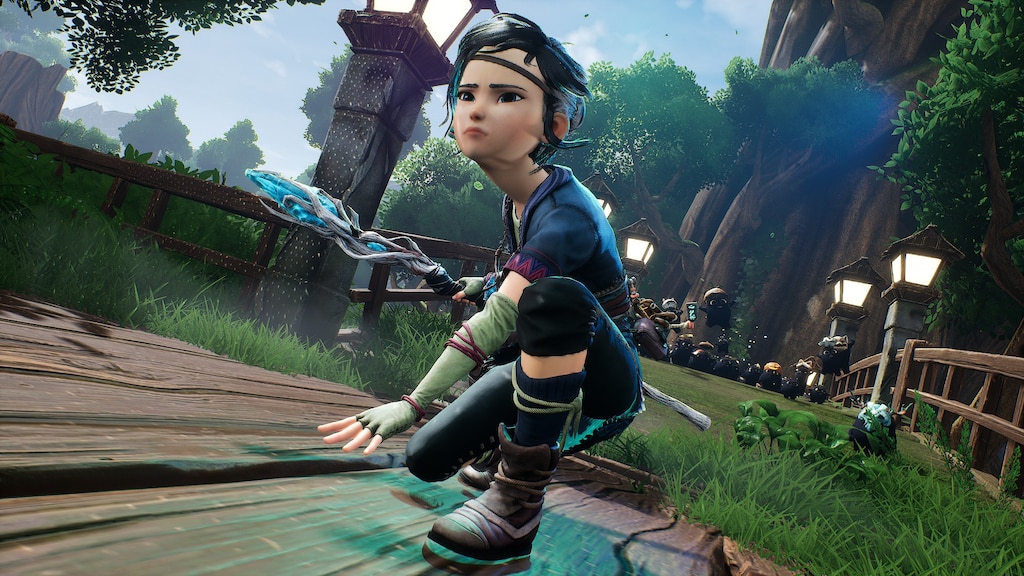 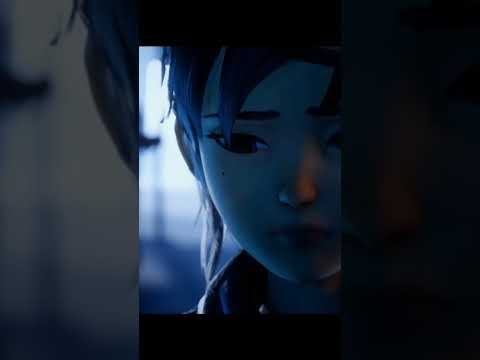 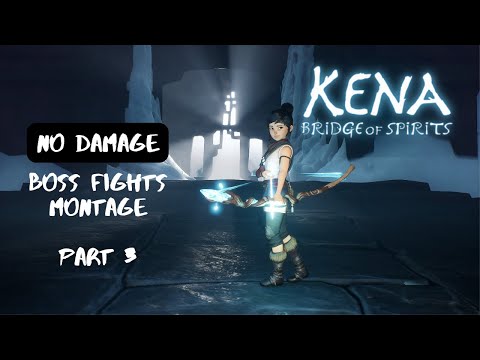 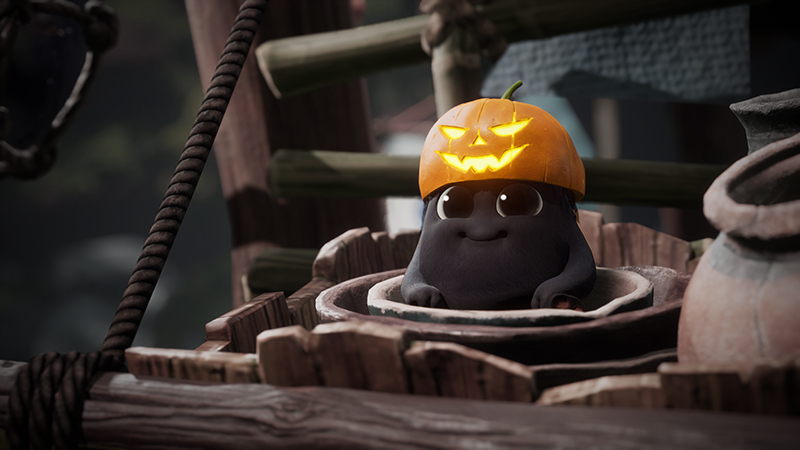 Thank you for your feedback reporting bugs like these and helping improve our game!

The 2.06 patch includes the following:
We always welcome more information on crashes or bugs via email at support@emberlab.com.

Kena: Bridge of Spirits
355
13
There's any kind of fast travel?
I've finished the part with Hana and Adira, and about to start Toshi's stuff. Will you get any method of fast travel? Cause backtracking the entire map... holy sh*t. Cheers!
1

marcotozzi79
6 hours ago
General Discussions
How to install the free Deluxe Pack?
I bought Kena: Bridge Of Spirits and installed it, played for a minute. But when I try to install that Deluxe Pack, I can't find it anywhere. Normally you can click on the game in your Library and there is a option with "DLC" on the right where you can search and install DLC. On the Deluxe Packs store page, you can wishlist it, it says all you need is the Main Game... but there is no Install button. Do you need to buy the Soundtrack to get this? I can't find any information about this anywhere... h...
5 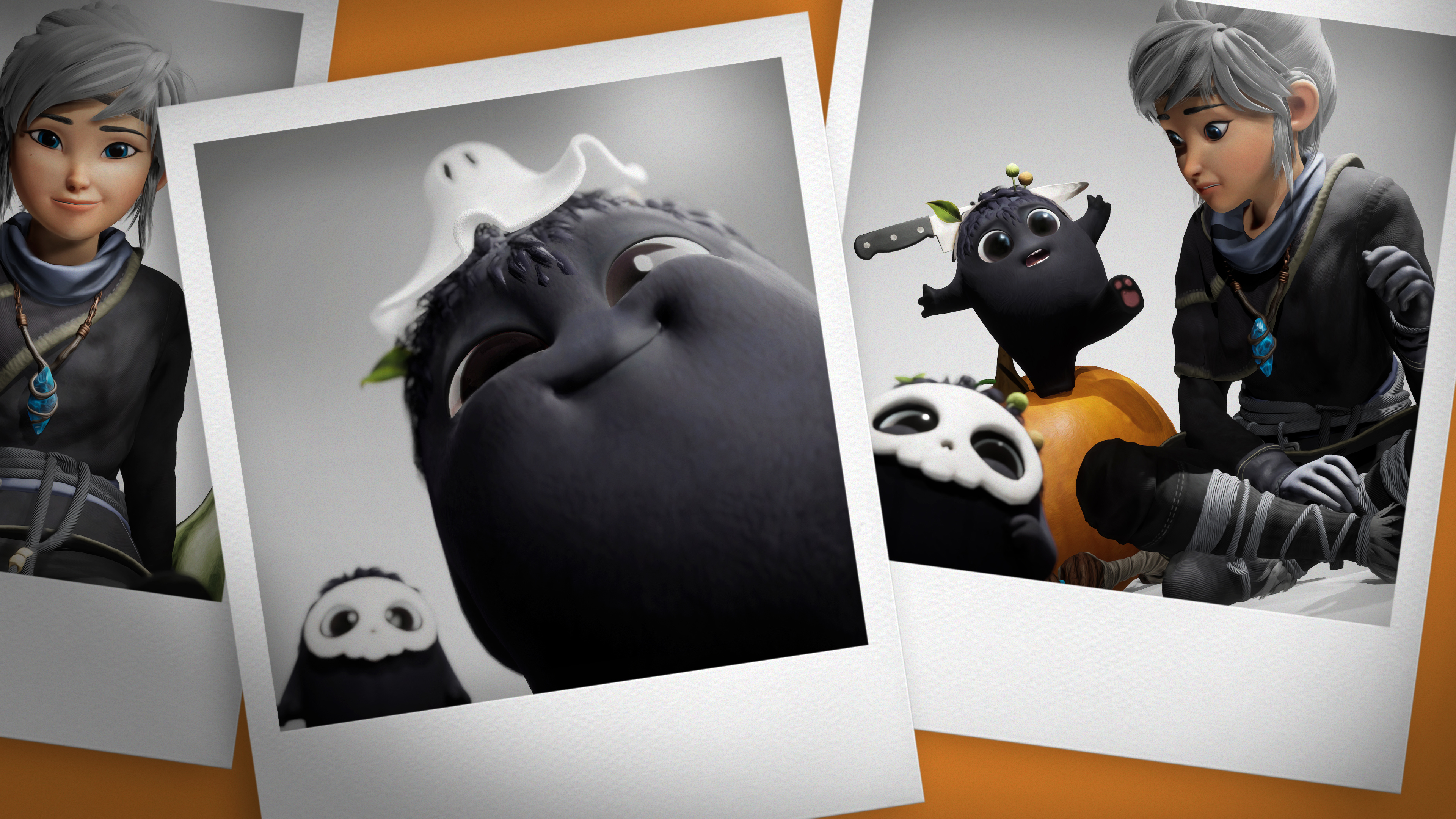 To find all 6, solve this riddle:

You’ll need to be quick, so dashing will do,
To pathways you’ve found: one more than two.
The Leaders of old had Halloween cheer,
Go back to where darkness did suddenly clear.
Three others lay hidden, you may try to snatch,
'Cross region the most like a pumpkin patch. 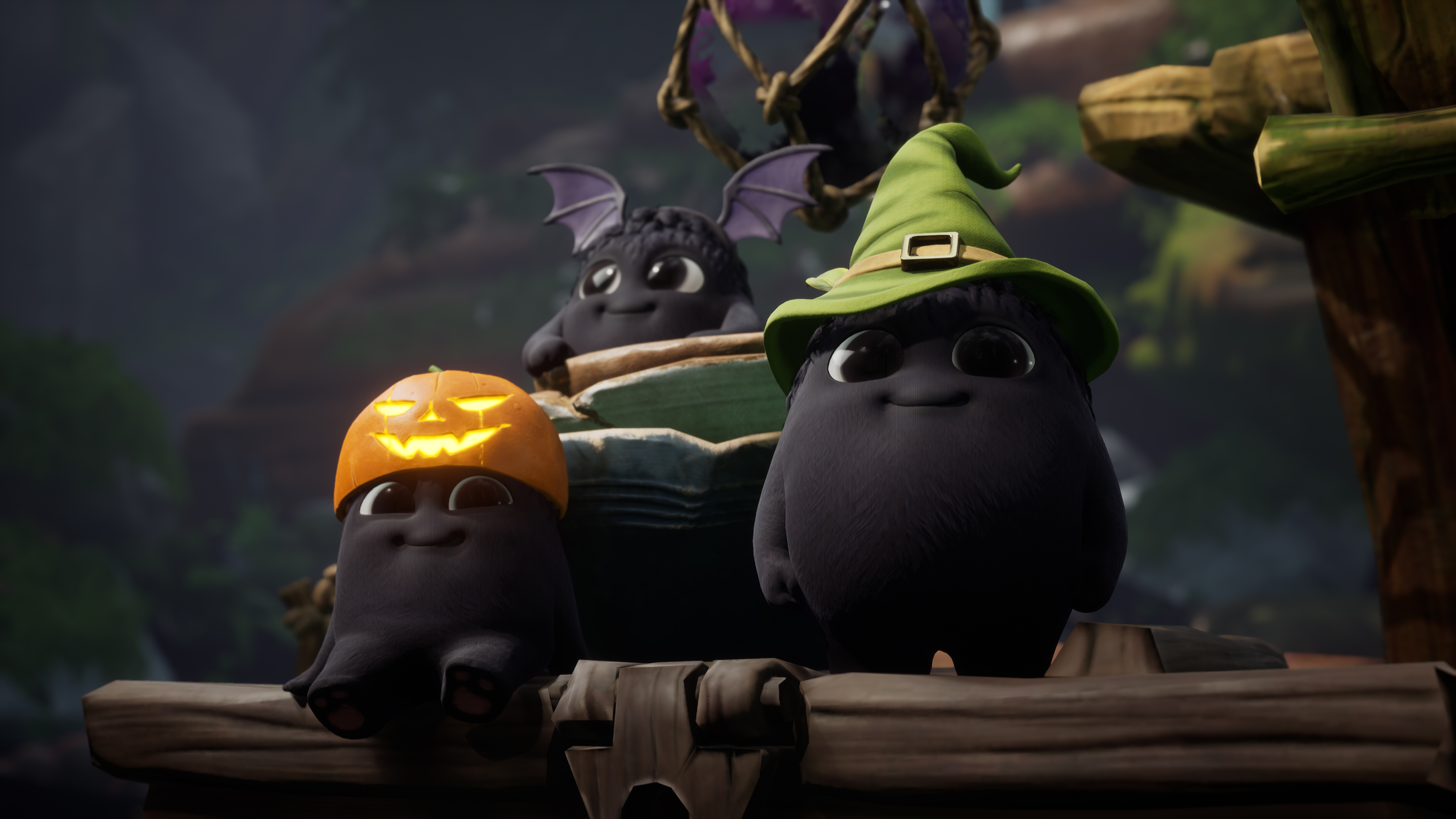 Kena: Bridge of Spirits
510
33
Yeah, the Trials are designed to make you rage
Was doing the Forest Courtyard 2 and just finished wave 4 with all the objectives met. Then wave 5 started... yeah, nope. These trials are designed to piss of the players. Goodbye optional outfits.
7