A short horror game where you pilot a tiny submarine through an ocean of blood on an alien moon.
$5.99
Visit the Store Page
Most popular community and official content for the past week.  (?)
I have a Discord server now
Aug 4
I started a Discord server for discussing Iron Lung, my other games, memes, general stuff, etc. If that sounds interesting, you can join it here: https://discord.gg/myDsqP4E55

Iron Lung
175
14
Will this game ever get replayability?
Game modes outside of the main AT-5 exploration, perhaps? I feel like this game and its concept is too good for playing for a single hour and then just uninstalling it.
10

100% Achievements guide. (WIP)
Warning : Spoilers, i advise you to play the game at least once before reading this. I also advise trying to get achievements by yourself, it's better to find them on our own, but in case you're lazy or don't know how to get one, here's a guide. ...
34 ratings

Basic Advice(No Spoilers) AND SpinNShoot
I'm an idiot and didn't put two and two together on a couple of things that weren't fully explained by the game itself, but also are kind of obvious if you think about them. So I decided to put these basic tips out there for those confused like me. Also I...
25 ratings

Not Recommended
1.5 hrs on record
I don't really understand all the hype behind this game. Before I bought it today, I'd seen it being hyped up in a bunch of youtube videos and memes for the last month or two, so naturally I was pretty intrigued. But after actually buying it and playing / 100%ing it tonight (which took about 90 minutes btw), I'm just confused why this got so popular.

Iron Lung is definitely good at building an atmosphere, as the initial premise and sound design/visual presentation are all quite creepy, but the actual gameplay is so minimal the whole thing feels like a prototype for a much longer / better game. After 20-30 minutes of gameplay, you realize that all sound effects / scares / events are scripted, and you're never in any danger unless you maneuver the ship poorly and crash into a wall. The only other "dangers" in the game are scripted events like I mentioned before, and to make matters worse there is 0 payoff at the end. After all the tension Iron Lung builds up over the time you're playing it, it just ends abruptly with a single jumpscare.

I guess I can understand people being scared by this if they're especially claustrophobic or don't have much experience with horror games, but I expect most people would probably not find anything scary here.

(mostly unrelated nitpick: the in-game encyclopedia entries really need to be spell-checked, I tried getting invested in the game's lore but there were a number of pretty obvious typos that made the lore feel like it was written really hastily and without much thought. Kind of broke my immersion while I was playing)

Recommended
4.1 hrs on record
happened to my buddy eric back in '06 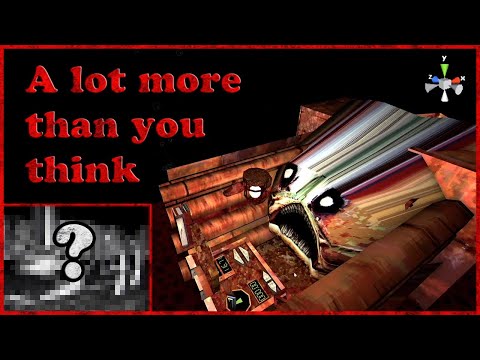 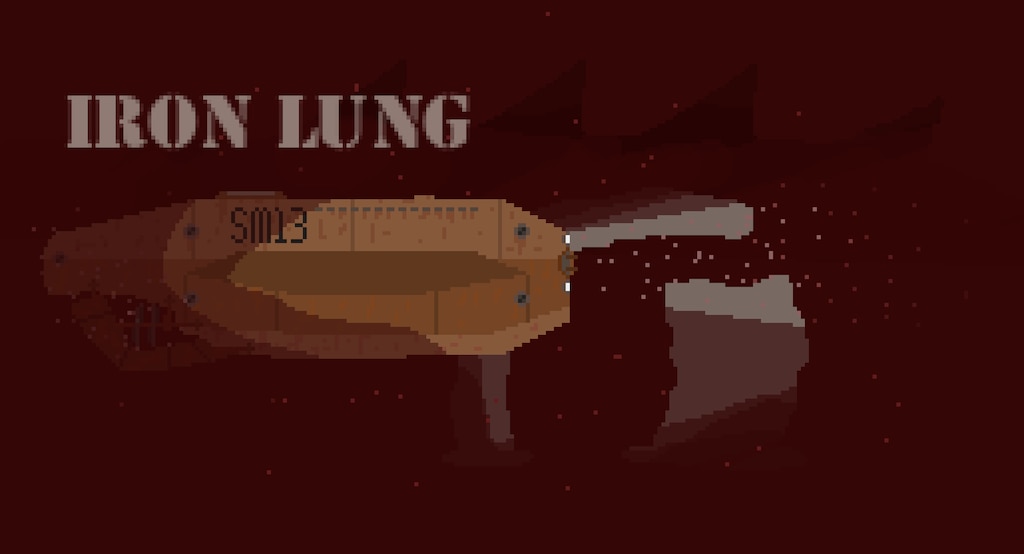 Recommended
5.2 hrs on record
A very short horror game, yet it definitely served it's purpose as a good one. It was fun using the X and Y coordinates, and radar to propel carefully to the main locations. The photographs also left a good impression on what is outside of your submarine. It's lore is very interesting and unsettling, and keeps one thinking, even after you finished the game. One would ponder on what else is within the blood sea of the living moon.

Would recommend trying this game for yourself. 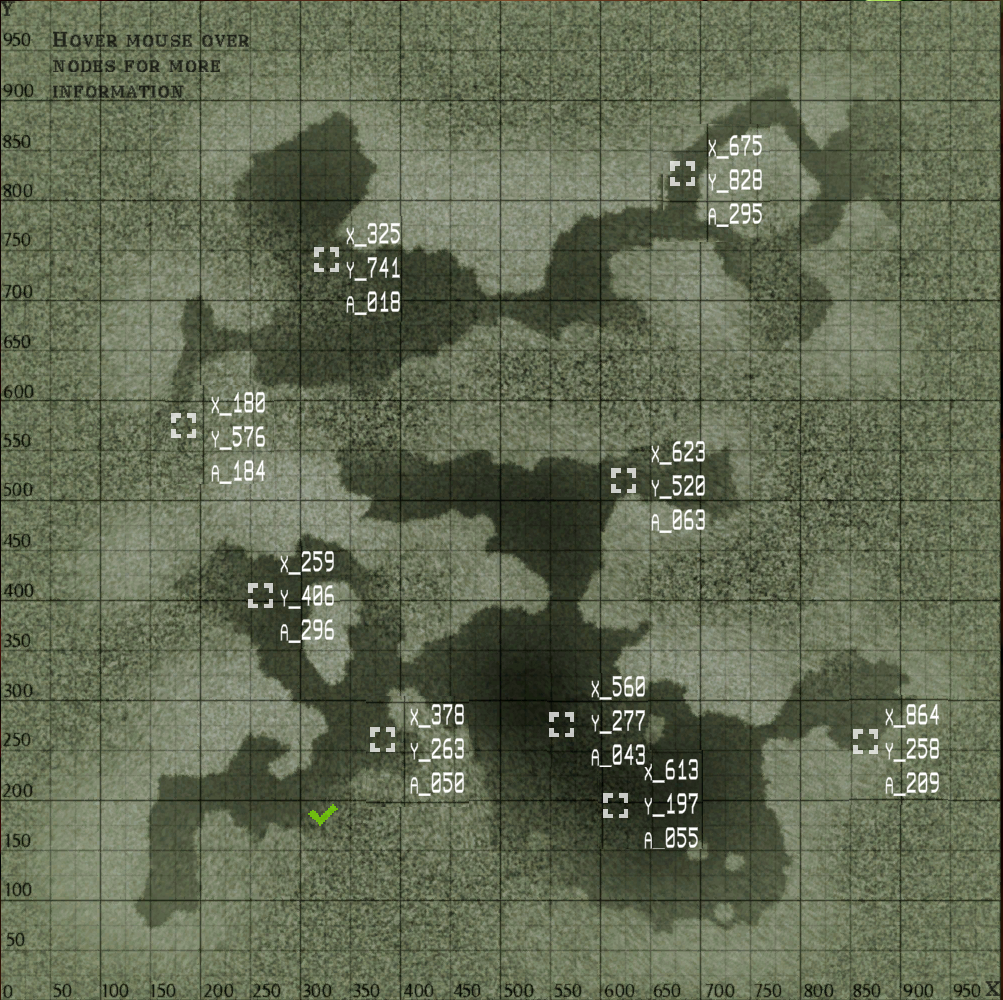 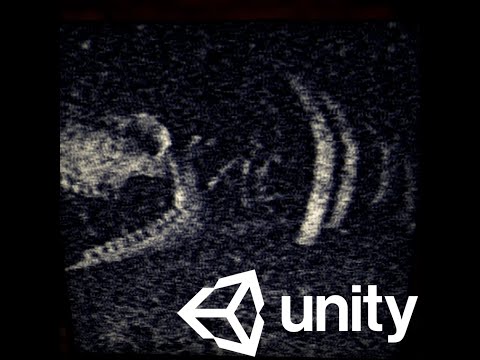 sapphire_サファイアHESUS
View videos
Why Did You Play Iron Lung?
Hello, I saw the news post from yesterday and it just got me thinking, why did so many people find this game interesting? To clarify, I am not asking why you enjoyed it, but why you decided to buy it and try it out. For myself, I'm a massive sci-fi horror fan, and if I see something that looks decent in that category I'll snap it up, especially if it's on the cheap side. I love Dead Space and Alien, this game reminded me vaguely of those post-modern sci-fi settings by its presentation on the store page....
19 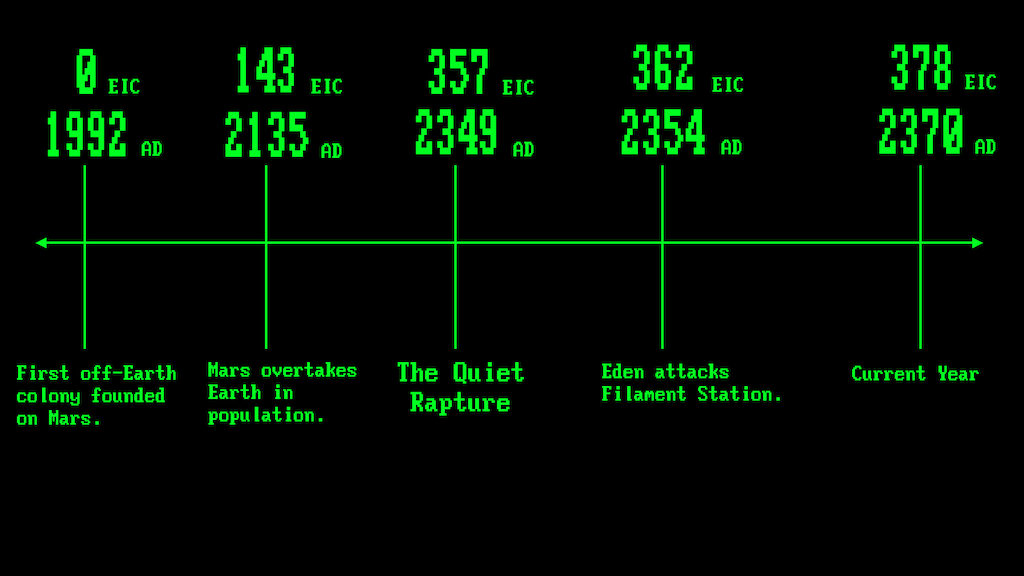 Command Line Vulpine
View artwork
Lore discussion (BIG SPOILERS)
I would like to talk about theories about the setting and story of Iron Lung. I'll start with my own theory about the story and would encourage others to post their own. My theory is that the universe was targeted by beings from another dimension, where time and space work differently. They viewed our universe in much the same way as a farmer views their crops, waiting for the right time to begin the harvest. From their point of view, the Quiet Rapture may have taken any length of time, but from humani...
5 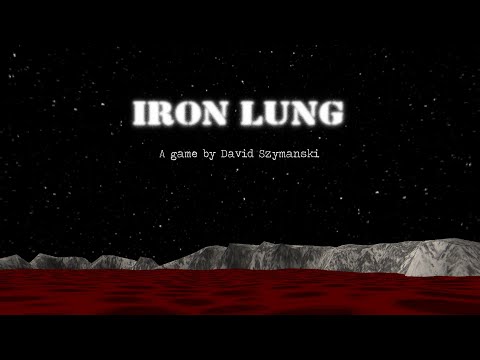 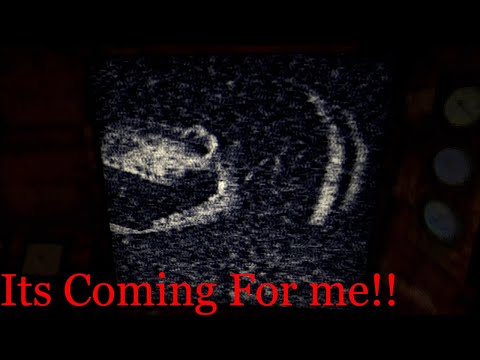 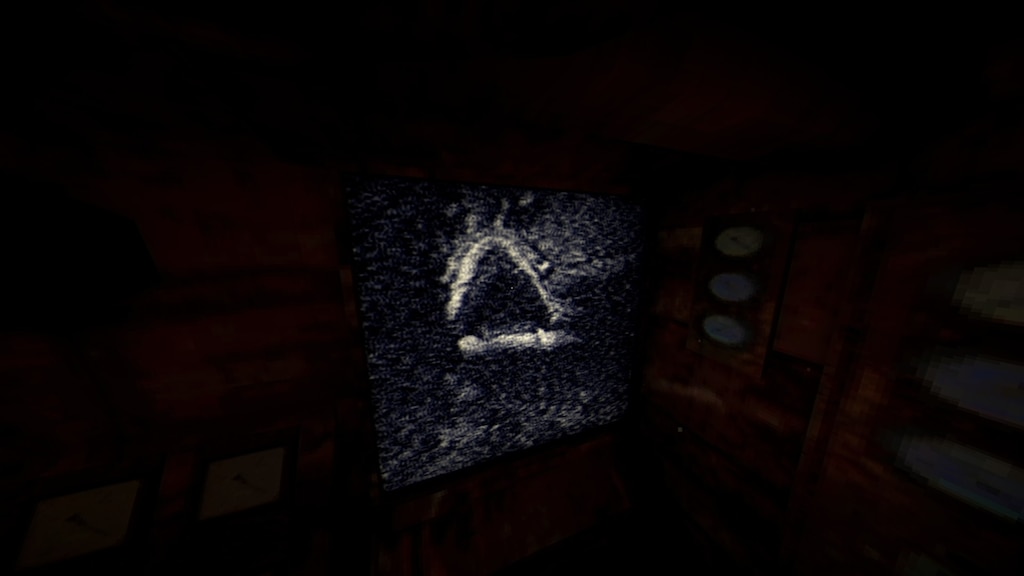 0
0
look at him, isn't he happy to see a rusty submarine? 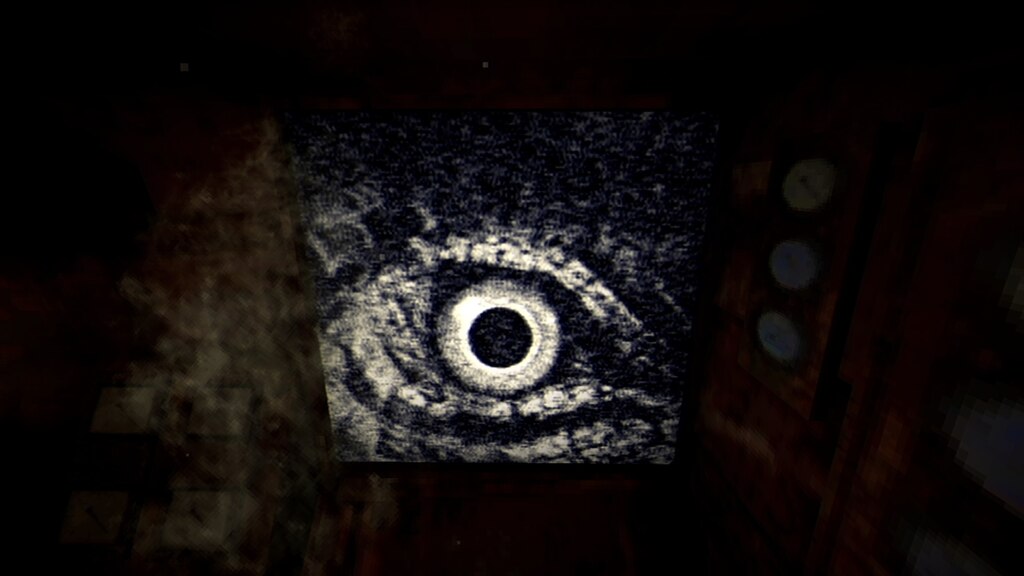 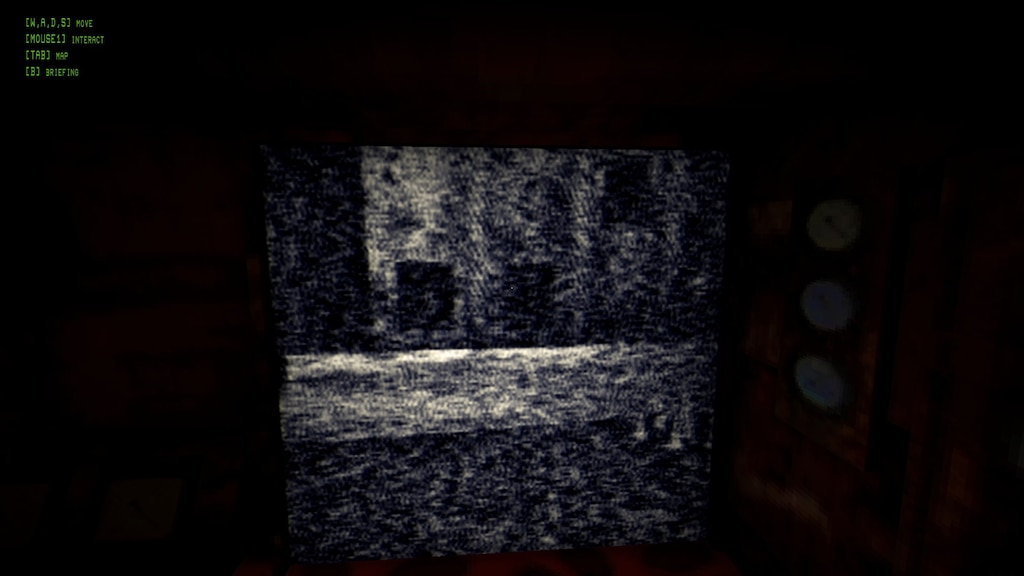 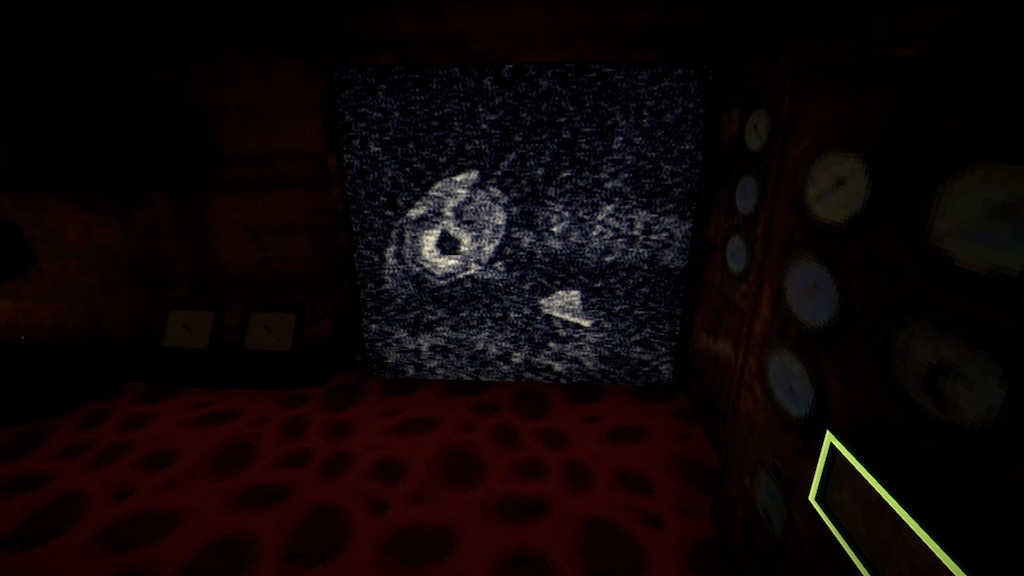 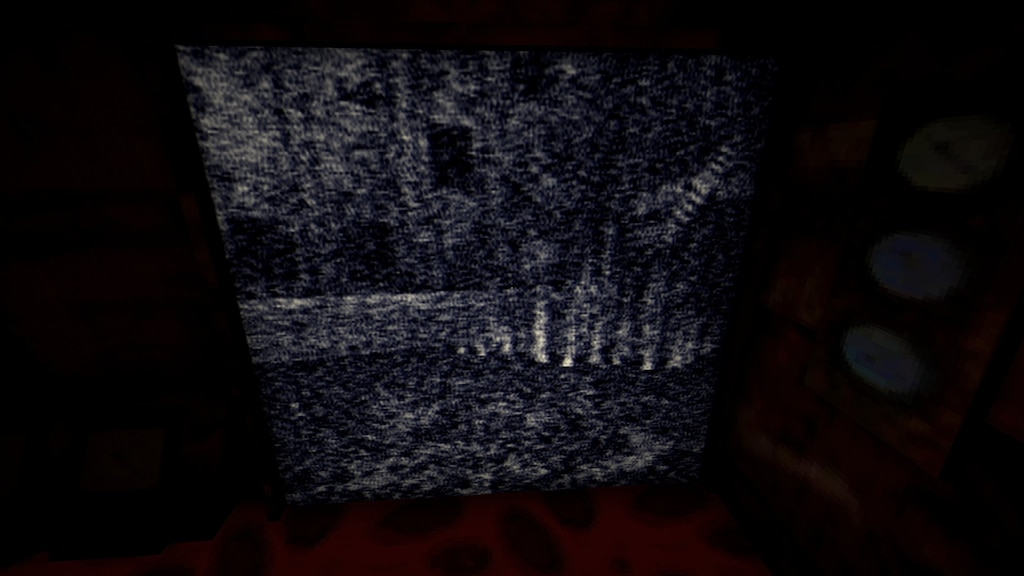 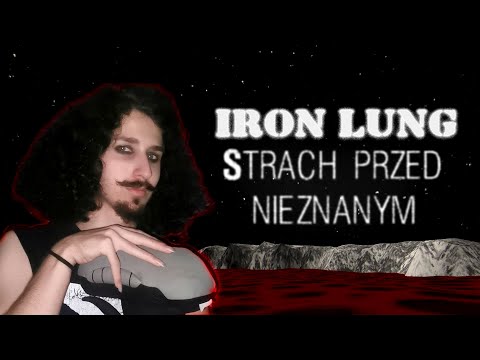 WafelPunk#savetf2
View videos
Lore Update, Achievements, and Points Shop!
Jun 19
HOORAY AN UPDATE!
Here's the first large-scale update to Iron Lung, bringing it to version 2.X. I say "first" but truthfully this will likely be the only major content update for the game, other than potential (potential, not promised!) future quality of life updates such as controller support, subtitles, etc.

WARNING: OLD SAVES WILL NOT WORK (SEE BELOW)

MORE LORE
So what does this update bring? Well, first and foremost STORY STUFF. In the form of the C.O.I Informational Terminal, now located in the back of the sub. 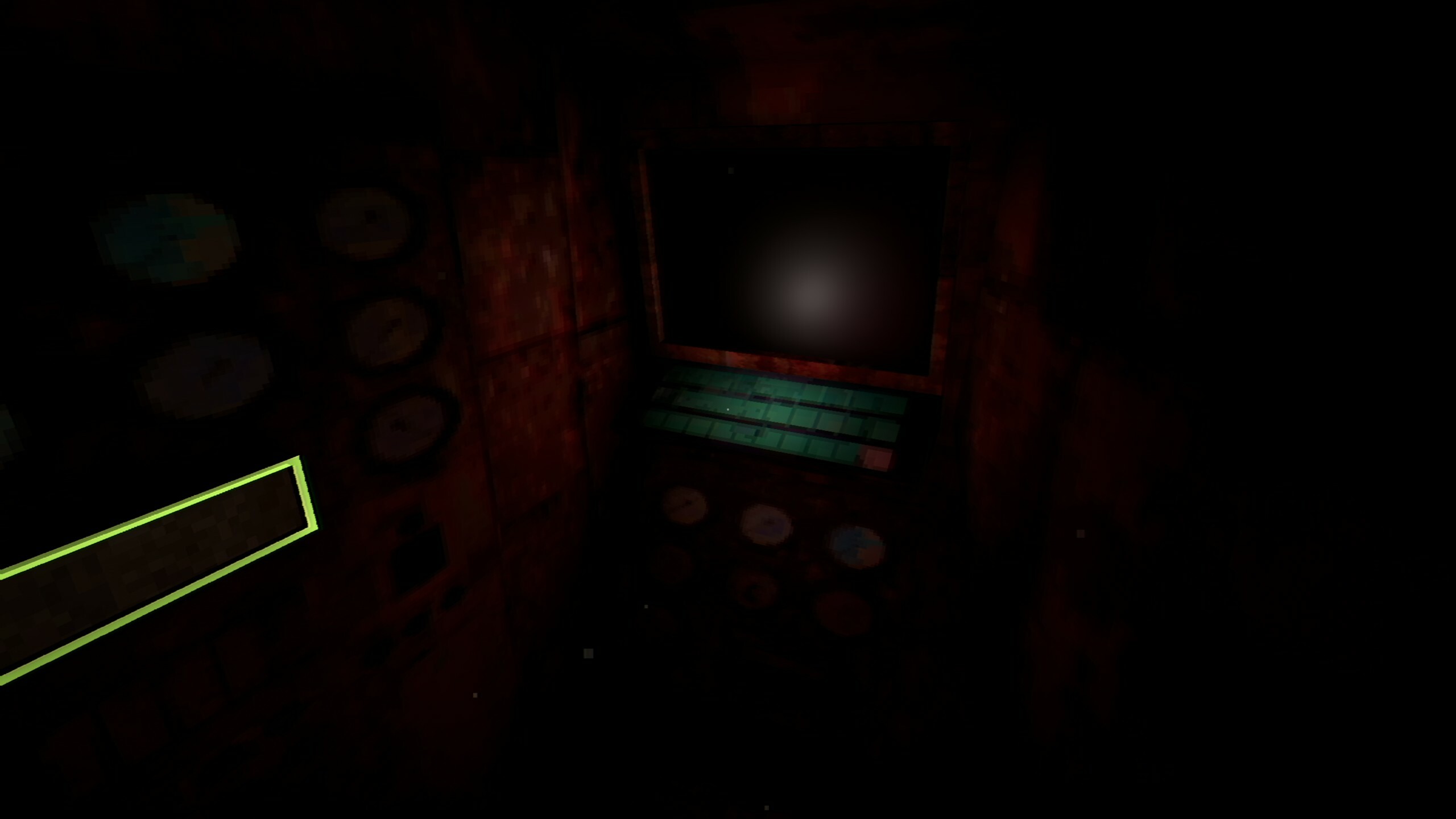 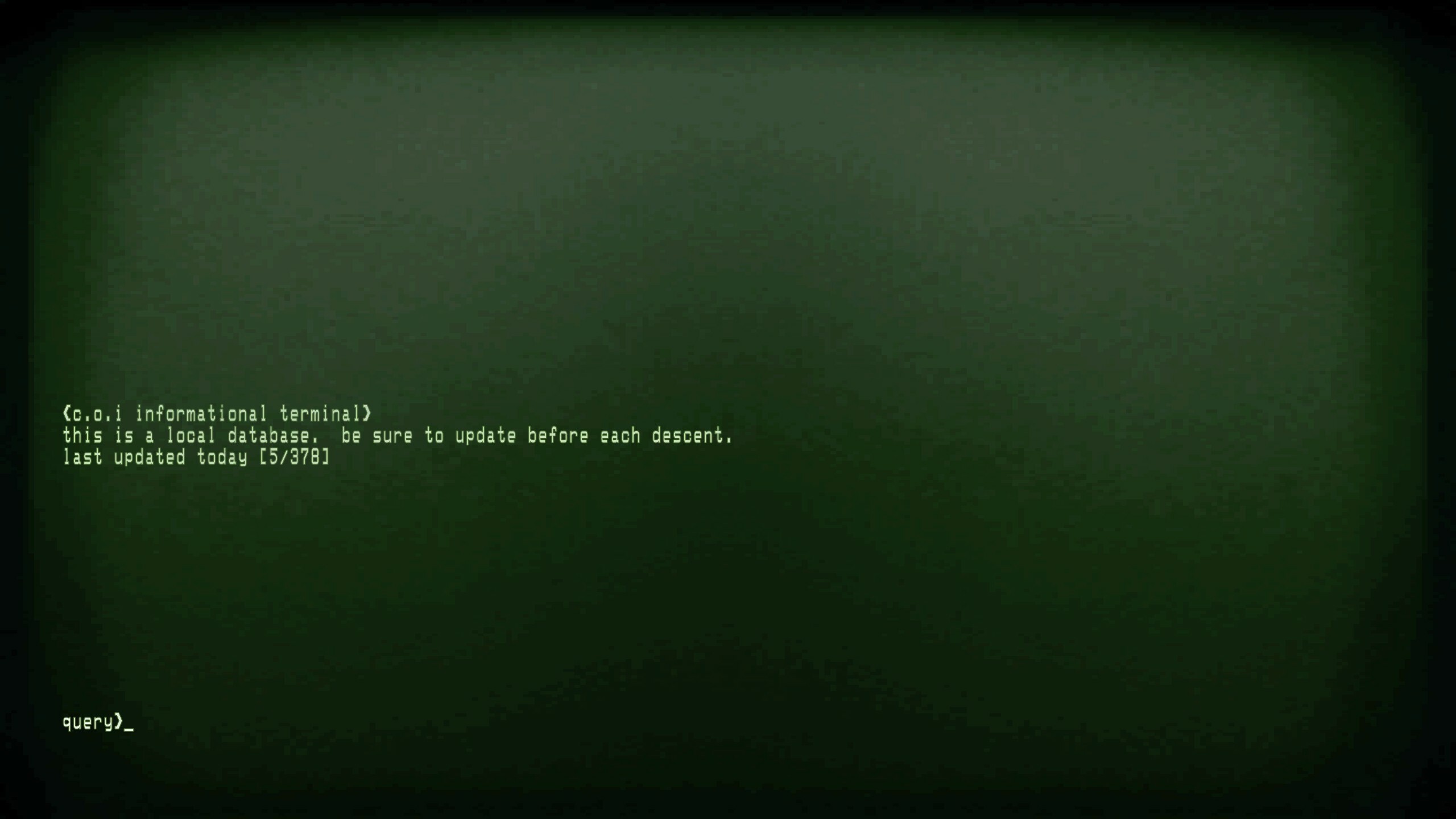 Here you can query various informational documents and learn a little more about the world of Iron Lung. Not a lot mind you. This is not a giant lore bible dump. It's just a way of fleshing things out a bit more than not at all, and maybe giving you some clues about who you are, why you're down there, who sent you, etc. Go ahead and type in whatever you want to learn about, and see if it finds anything!

There's also something new to find out in the depths of the blood ocean... 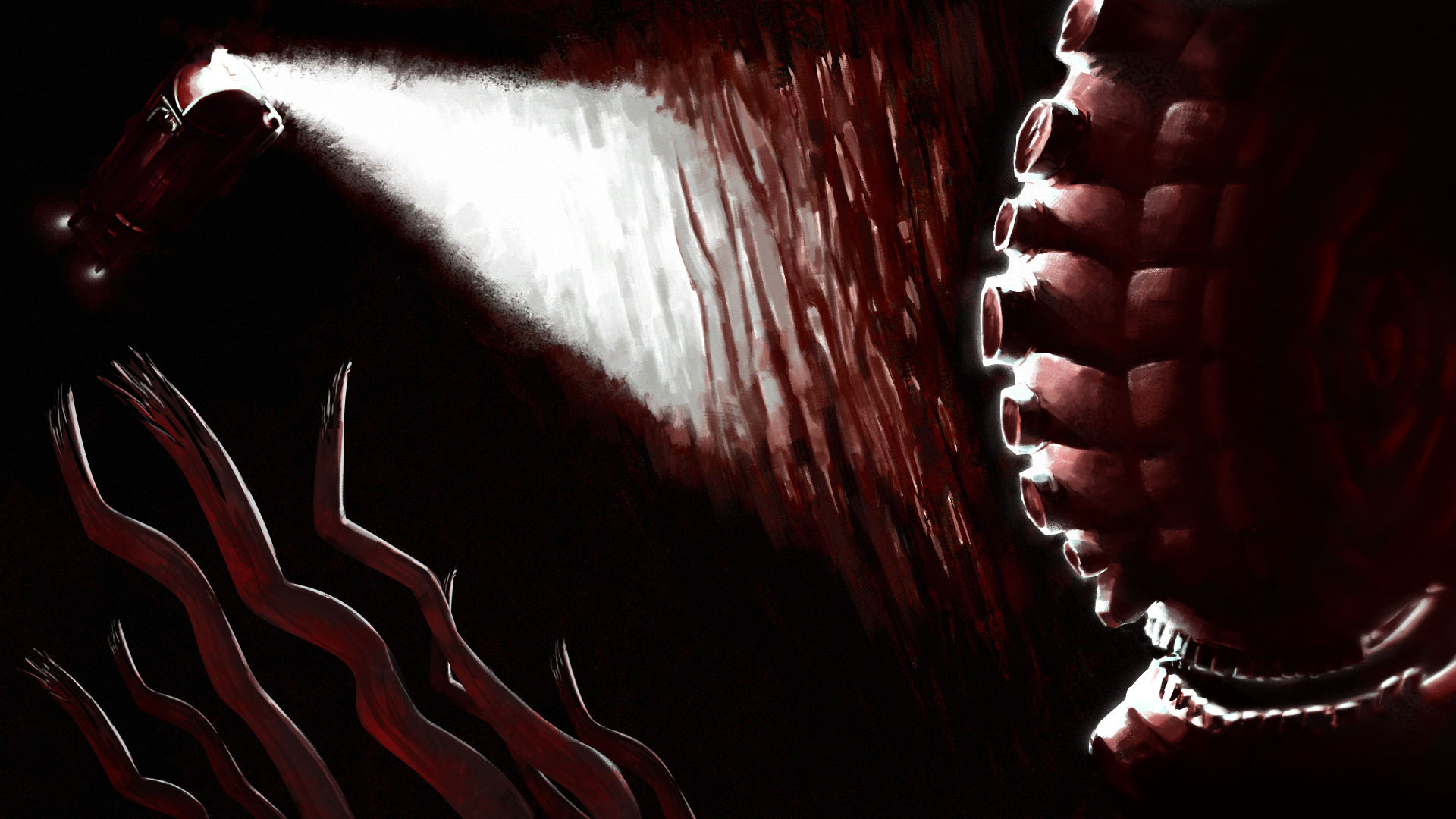 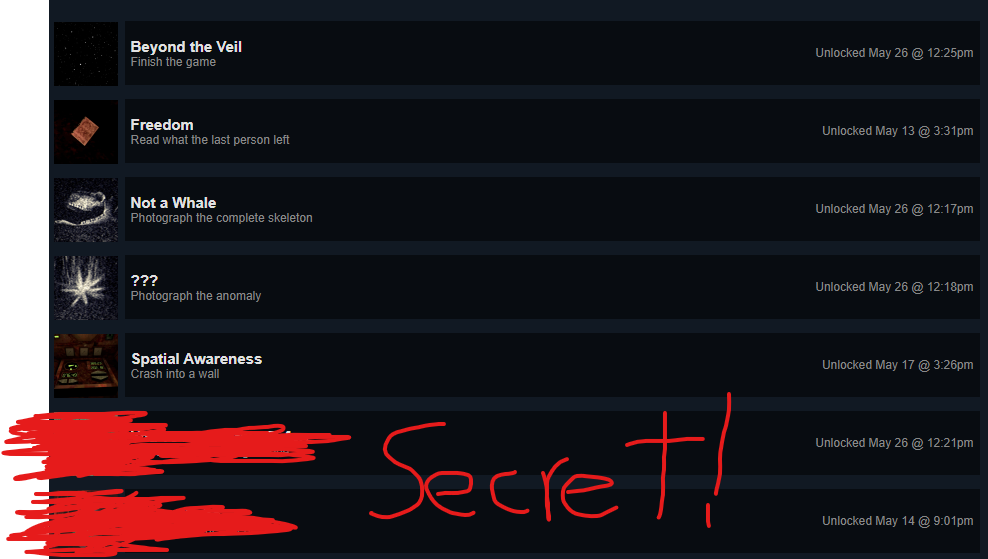 And if you feel like playing through the whole game again, there are now 7 Steam achievements for you to unlock. Most of these are pretty simple and just for fun, but there are two secret ones for those that really want to delve into the game and find/try things. Or, you know... read someone else's guide lol.

A NOTE ABOUT SAVES
For stupid but unavoidable reasons, saves from a previous version of Iron Lung will not work after this update. For most of you this isn't going to be an issue, but if you happen to have like... saved your game last night and want to continue today or something like that, I've provided a new branch you can use to finish your game. Simply opt into the "save_compatibility" beta branch. 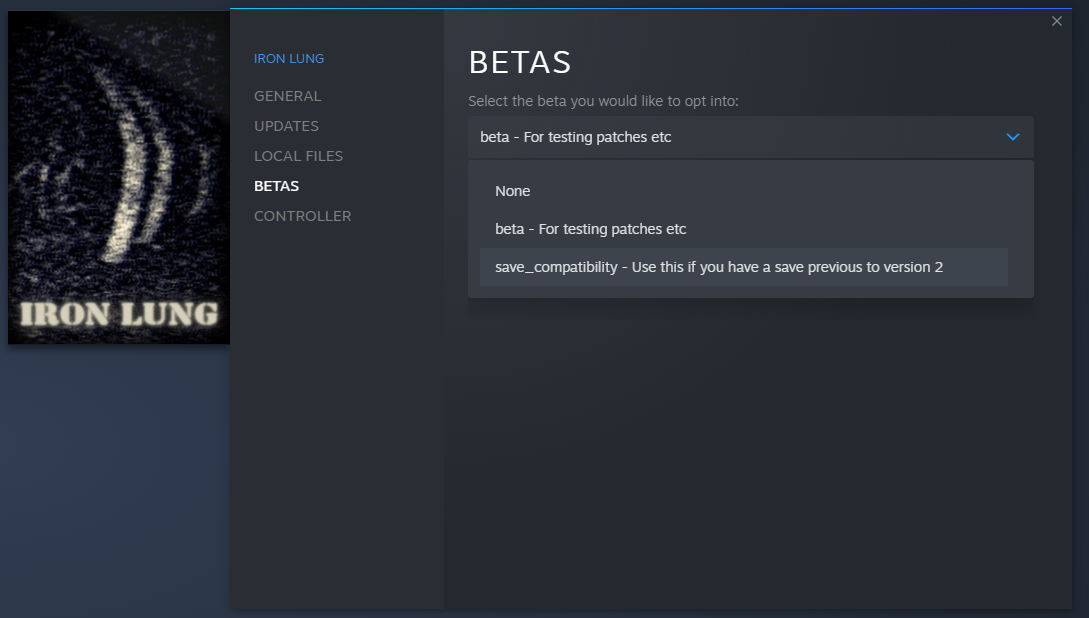 WHAT'S NEXT?
I don't plan on adding any more lore or major content to Iron Lung after this, but for those who have been asking... yes, I do plan on revisiting the world in the future. I don't know whether that will be a direct followup or a completely different game set in the same universe. I have ideas for both! Only time will tell...

Thanks again for all the support, and stay safe out there in the Blood Ocean...