As Commander Shepard, you lead an elite squad on a heroic, action-packed adventure throughout the galaxy. Discover the imminent danger from an ancient threat and battle the traitorous Saren and his deadly army to save civilization. The fate of all life depends on your actions!
$19.99
Visit the Store Page
Most popular community and official content for the past week.  (?)
Male or Female Shepard?
i know the trilogy is amazing but i never played any of those, or watched Videos apart from VERY FEW. But im thinking if i should create a Male or Female protagonist. who do you think which Gender does the better job? (with Voice acting for example). also who should i date then?...
26 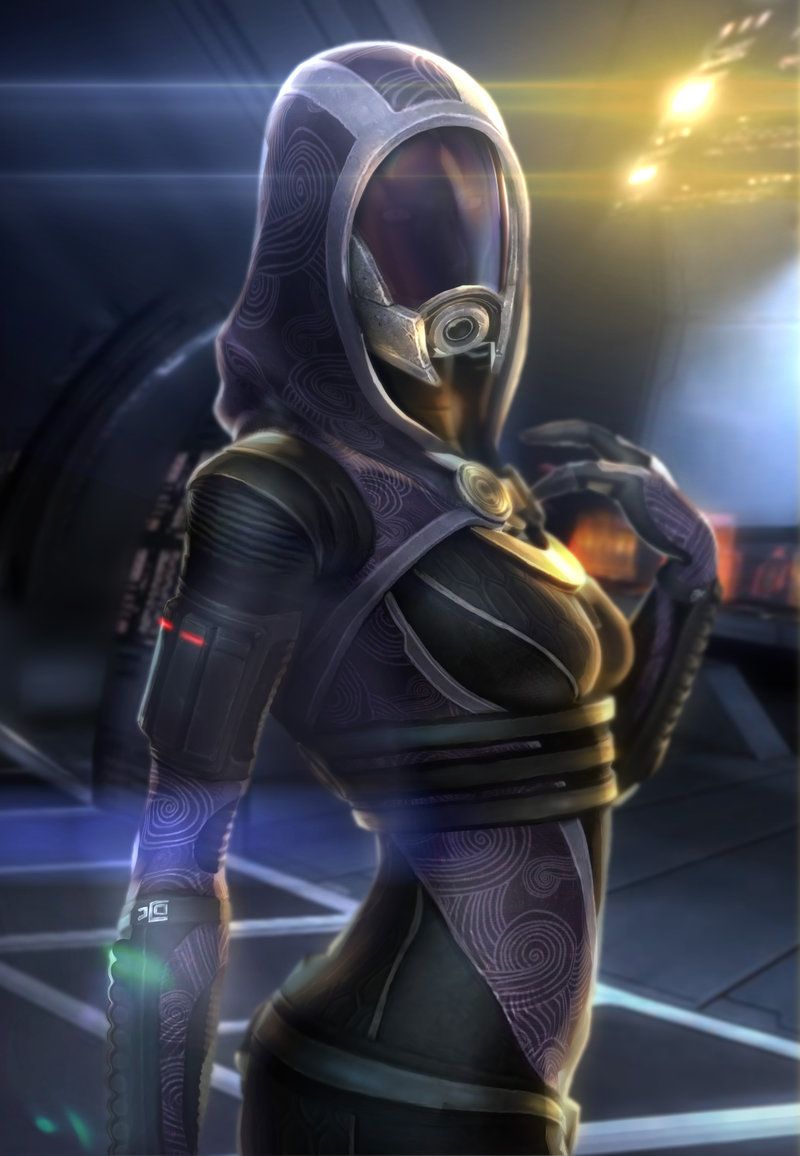 Recommended
28.9 hrs on record
The humble beginnings of an absolutely amazing trilogy. This game sets up everything. The themes of control and freedom, one of the most fantastic cast of characters you could wish for, a truly consequential roleplaying system with really fun gameplay based on cover shooting, your powers and your squad. A fantastically sci-fi musical score accompanies you as the world of Mass Effect is constructed around you through masterfully delivered exposition. This is where it all began and is an absolutely essential part of the monumental success of Bioware's Mass Effect trilogy. 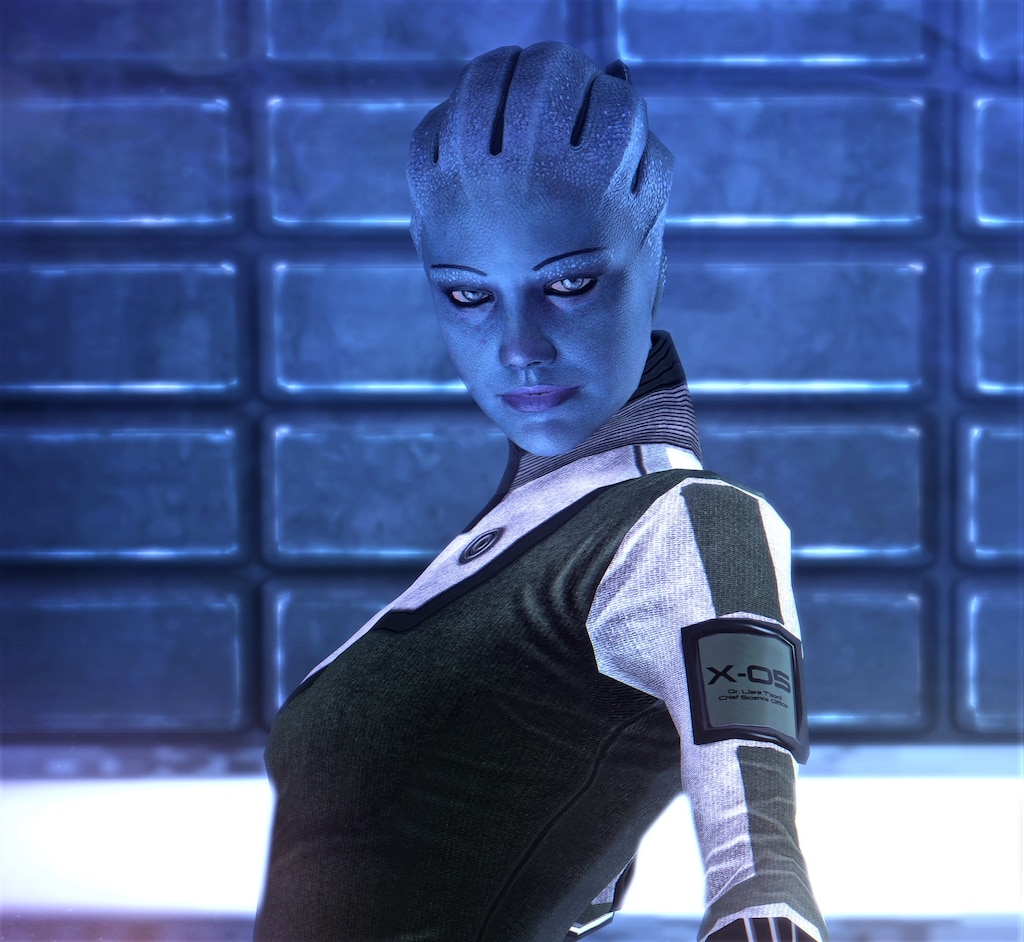 Mass Effect DLC
Installin the DLCs and keep it for my future use....
27 ratings 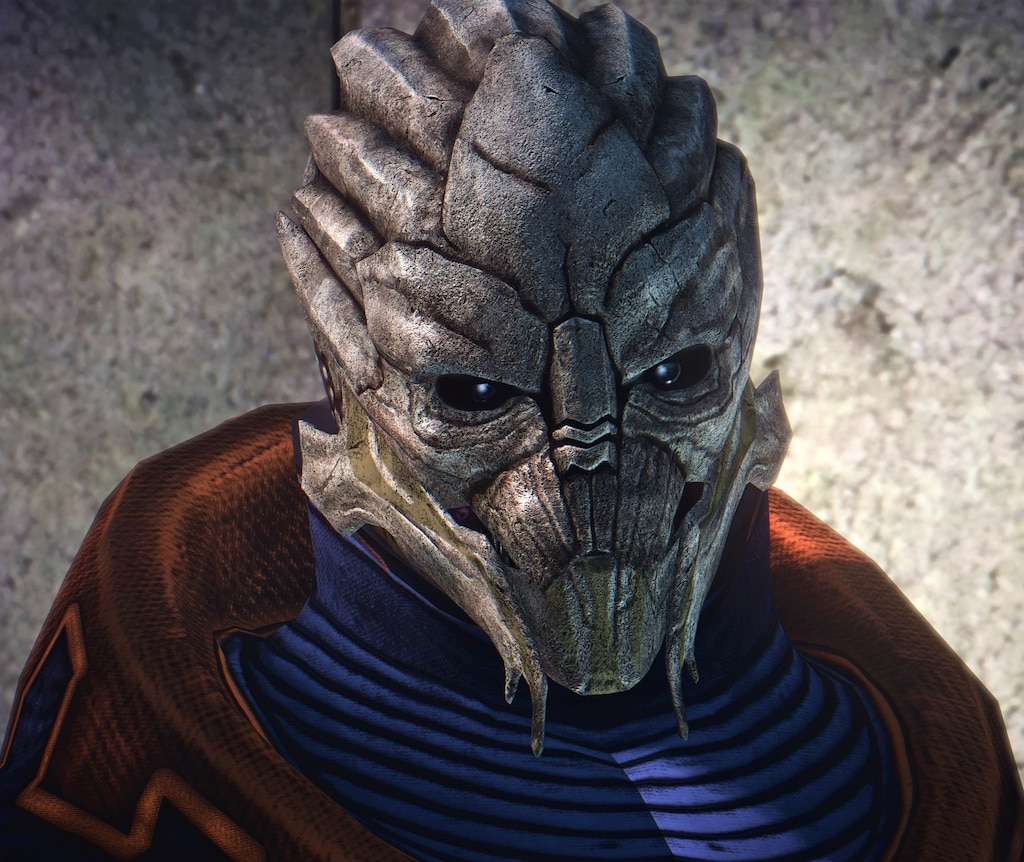 Recommended
31.8 hrs on record
I want to start with a disclaimer: I am not, and have never been, a BioWare girl. My experience with BW games has been watching my dad play KotOR. I didn't grow up with Baldur's Gate, never really hopped on the Dragon Age train, and only dipped my toes into Mass Effect before deciding, in my infinite child wisdom, that it was boring and ugly and bad and there were too many words.

Now, after playing and beating the first game in the series, and with hopefully a slight increase in brainpower since being 11, I can say that BioWare successfully hooked me. My next few months are shaping up to be very narrative-driven, because Mass Effect, for all the funky, not-quite-there bits the first game has, had enough charm and staying power for me to pick it up and not put it down until after I had clocked over 30 hours in 3 days.

Before you start, this is an RPG, after all, so a character creation section is a must. Fortunately, Mass Effect takes this part pretty seriously; you will be PLAYING the ROLE of Commander Shepard, of the Systems Alliance Navy, and in this role, you are allowed the choices of where you came from, your class, and your Assigned Tragic Moment that will color interactions with other NPCs. An admirable job is done in making your Shepard feel fleshed out in the world, not just a blank slate, but an actual character, a part of the game's universe beyond just being birthed out of the void one day and suddenly a commander of an incredibly advanced cruiser.

The story is the part of Mass Effect you'll be interacting with the most, since even if you've never heard of BioWare, it's made pretty clear from the outset that the drive to progress in the game will be progressing the story, making choices and gunning down everyone who shoots first(mostly). The main plotline itself is fairly simple: Shepard and friends need to stop Saren, the big bad, from finding the Mystic McGuffin that will bring about the end of life as we know it. What makes this worth playing through, however, are the choices surrounding this central idea, and the places these choices take you throughout the game, that end up adding a ton of depth to something that could've played out in an incredibly shallow matter. Key choices you make impact who lives, who dies, and what you experience in-game as opposed to a straight A to B plot that leaves no room for player choice. This is the most likely reason that Mass Effect is as beloved as it is, alongside side characters that feel developed, and heaps of lore for the player to read through, like a giant interactive galactic tour guide. Despite the graphics feeling astonishingly dated(seriously, I know it was a while ago but I don't remember it looking this bad), I was thoroughly immersed pretty much the whole time.


I'll break up the gameplay into two sections, Conversation and Combat. Just for you.

FIrst, conversation, because I have a lot more good to say about it than combat. Mass Effect employs the, at the time, unique Paragon and Renegade system, which lets you add your own flavor to dialogue. Paragon, if you're boring and "virtuous" or whatever, is the "good" option, and has you being a beacon of justice and kindness across the galaxy, doing what is right and true to your principles of justice, you little church camp star, you.

Renegade, on the other hand, rules. Renegade is the "rude n' nasty" option, the option that gets results, no matter the consequences. If somebody's gotta die to finish the mission, or just cause that particular person deserves it, a Renegade is gonna do it. These two options end up adding a lot more to every conversation, and are worth developing for a lot of really interesting interactions in the game world. You absolutely don't have to, and can just pick the middle option for every exchange, but since, you know, the point of Mass Effect is the story, you'd be missing out on a lot.

Besides, you certainly shouldn't be playing the first game for the combat. Upon playing Mass Effect, it becomes immediately clear that the folks over at BioWare were not exactly...well-versed in third-person shooter combat. To start, there's only 4 weapons, and while they can be upgraded and change appearance throughout the game, the functionality of each weapons stays the exact same for your entire time playing this several dozens of hours long RPG. It also doesn't that save for one class, every class is restricted to usually half of the arsenal you are always carrying, even further restricting your options. Fortunately, abilities your class earns throughout the game give you a few more tactical options in combat, even if you'll most likely have all of them before the halfway point if you allocate skill points correctly. Or don't, and focus on dialogue options that can dramatically alter encounters and save you the trouble of fighting in the first place. Oh, and the squad AI is unbelievably useless a good 80% of the time. At least by the end of the game zipping around as a Vanguard shotgunning hordes was a good time. And I'm not going to even waste more words than this on the Mako.

So, Mass Effect. I've played games with more convoluted stories. I've played games with more involved third-person combat. Mass Effect, however, has what it has, and it uses what it has very effectively, gameplay in service of its core ideas, and it's enough for me to give it a thumbs-up. I wouldn't call myself a BioWare diehard, but I really enjoyed it enough to make me want to play the rest of the series, and I would call that a mission accomplised.

And Yet, My Balls Still Itch
310 products in account
0
Artwork 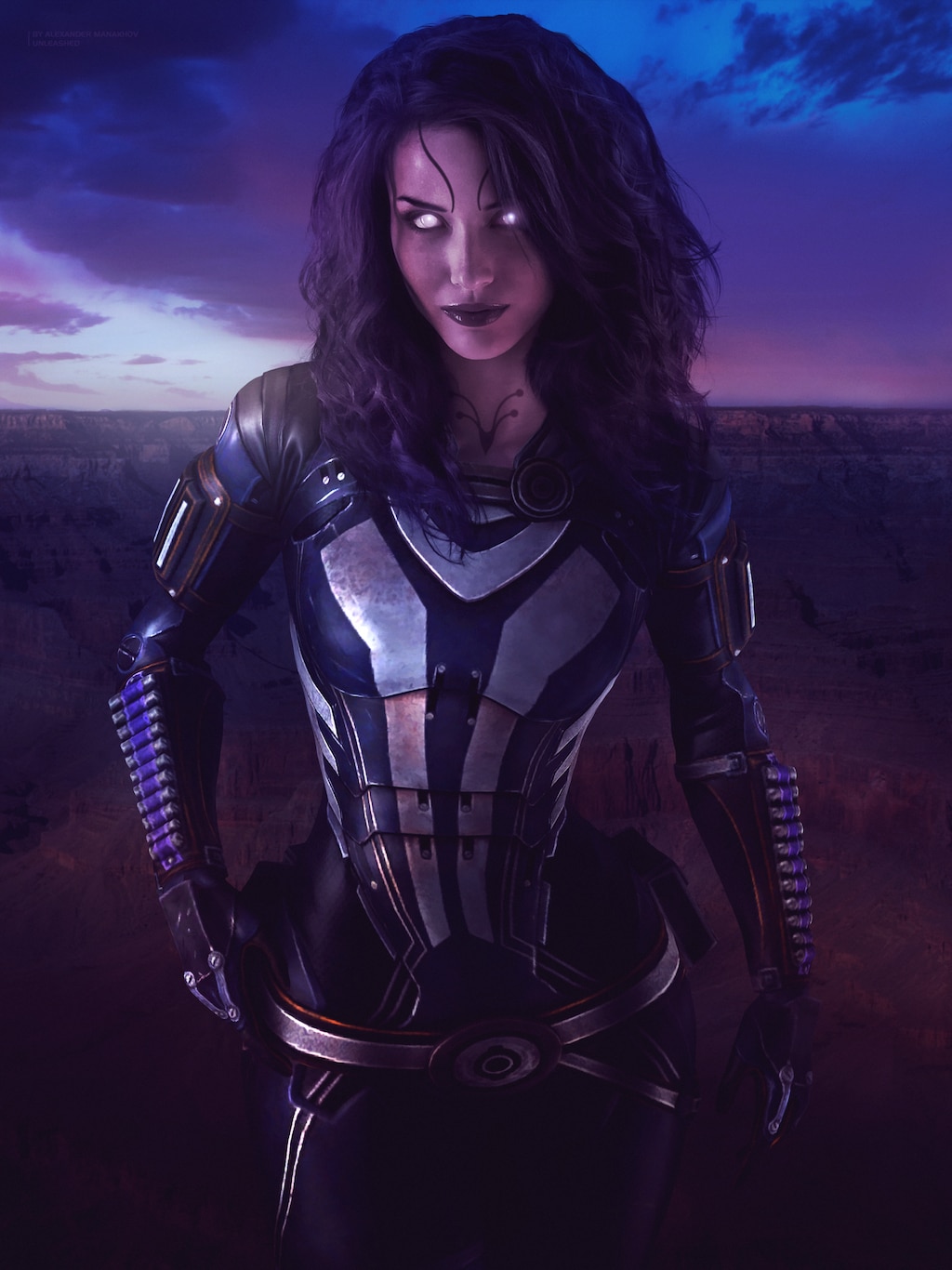 Recommended
18.7 hrs on record
Just remember this: Your choices matter.

ME1 may not necessarily be the best RPG out there, but the trilogy as a whole is one of the best condensed package of every Sci-Fi trope you will enjoy in a game. (And who doesn't like the idea of getting freaky with an alien, amirite? No? Tough crowd.)

You may be tempted to skip this and start from ME2, though trust me it's worth revisiting ME1, if only to carry forward your save file (and the consequences of your actions and relationships) for a feeling of one single, uninterrupted storyline. That's like 300 hours of gameplay.

A proper remaster of the trilogy may never happen, but thank the stars we have amazing modders in the community like CDAMJC!

While revisiting the vanilla game is great, do check out Steam's ME Community Guide for an even more satisfying playthrough:
1) Installing all the DLC
2) HD Textures Overhaul - MEUITM (Mass Effect Updated/Improved Textures Mod)
3) The Developer Console (if you prefer console over WASD) 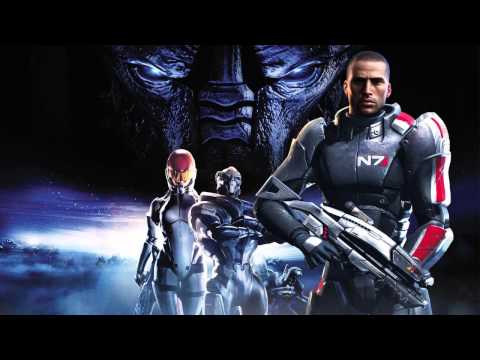 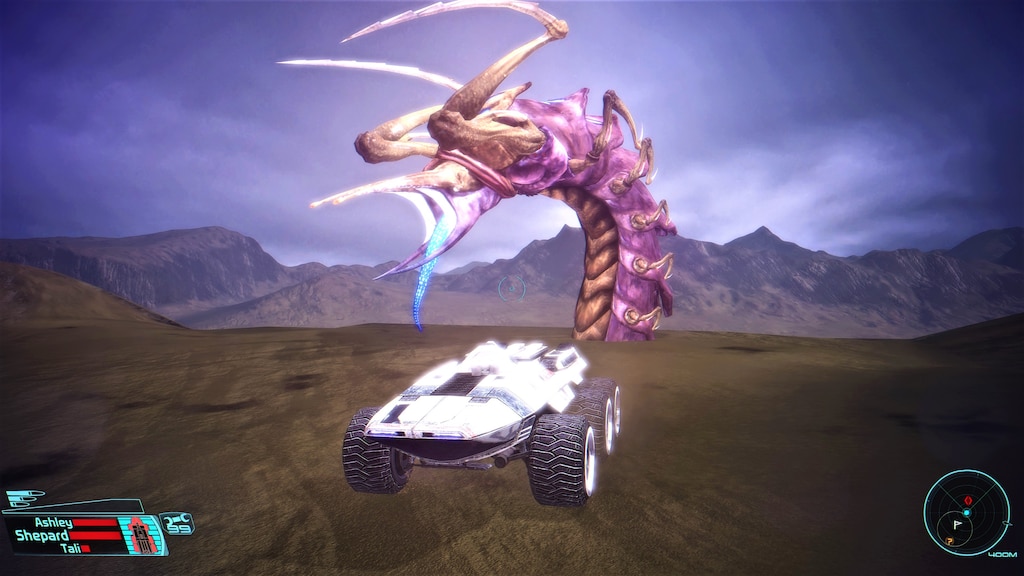 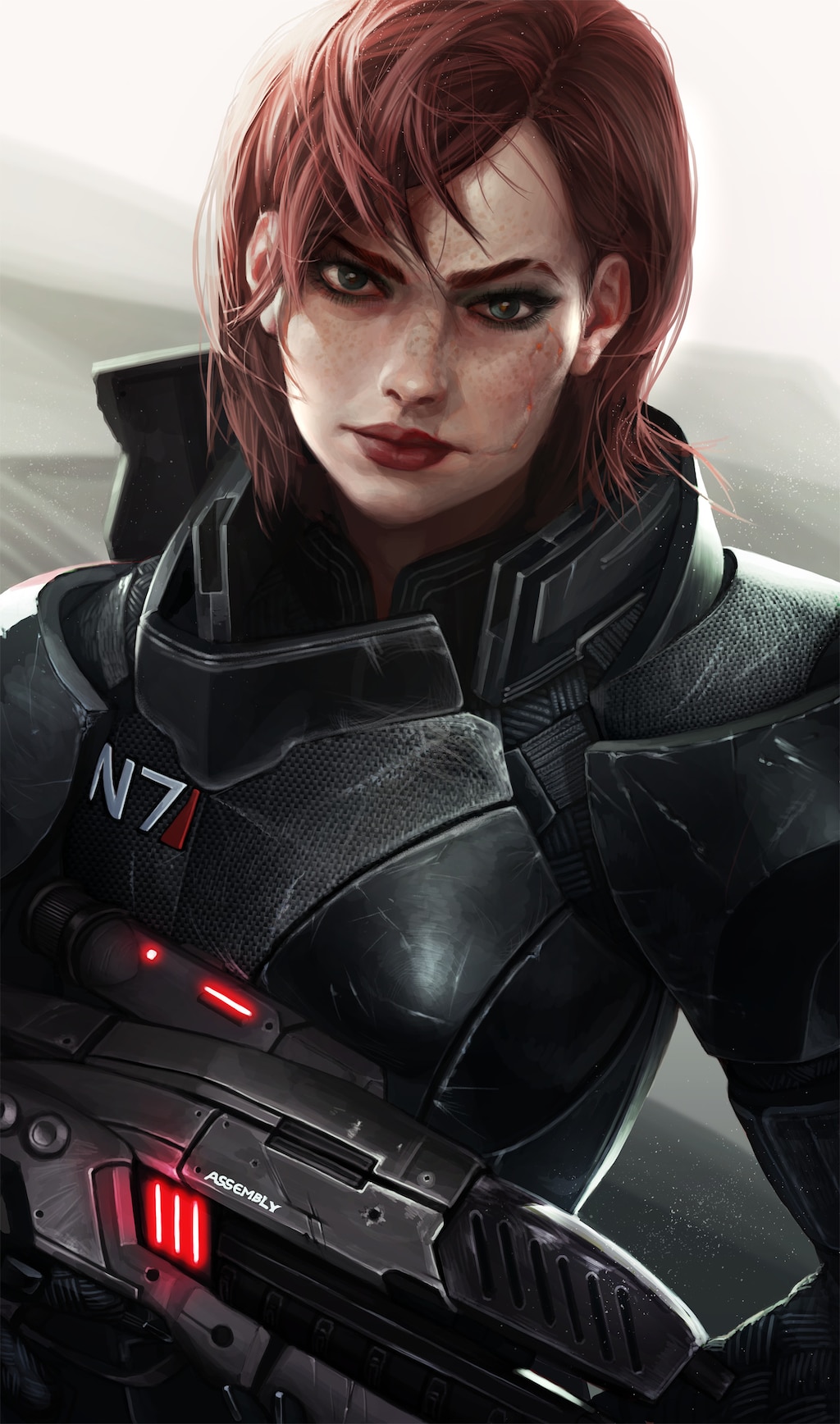 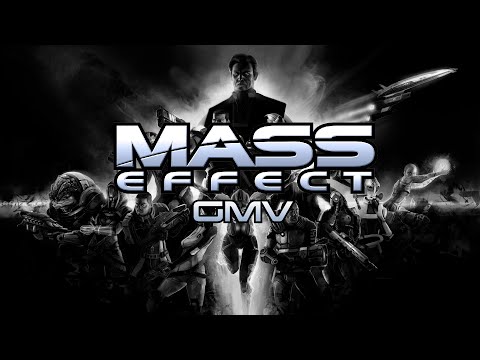 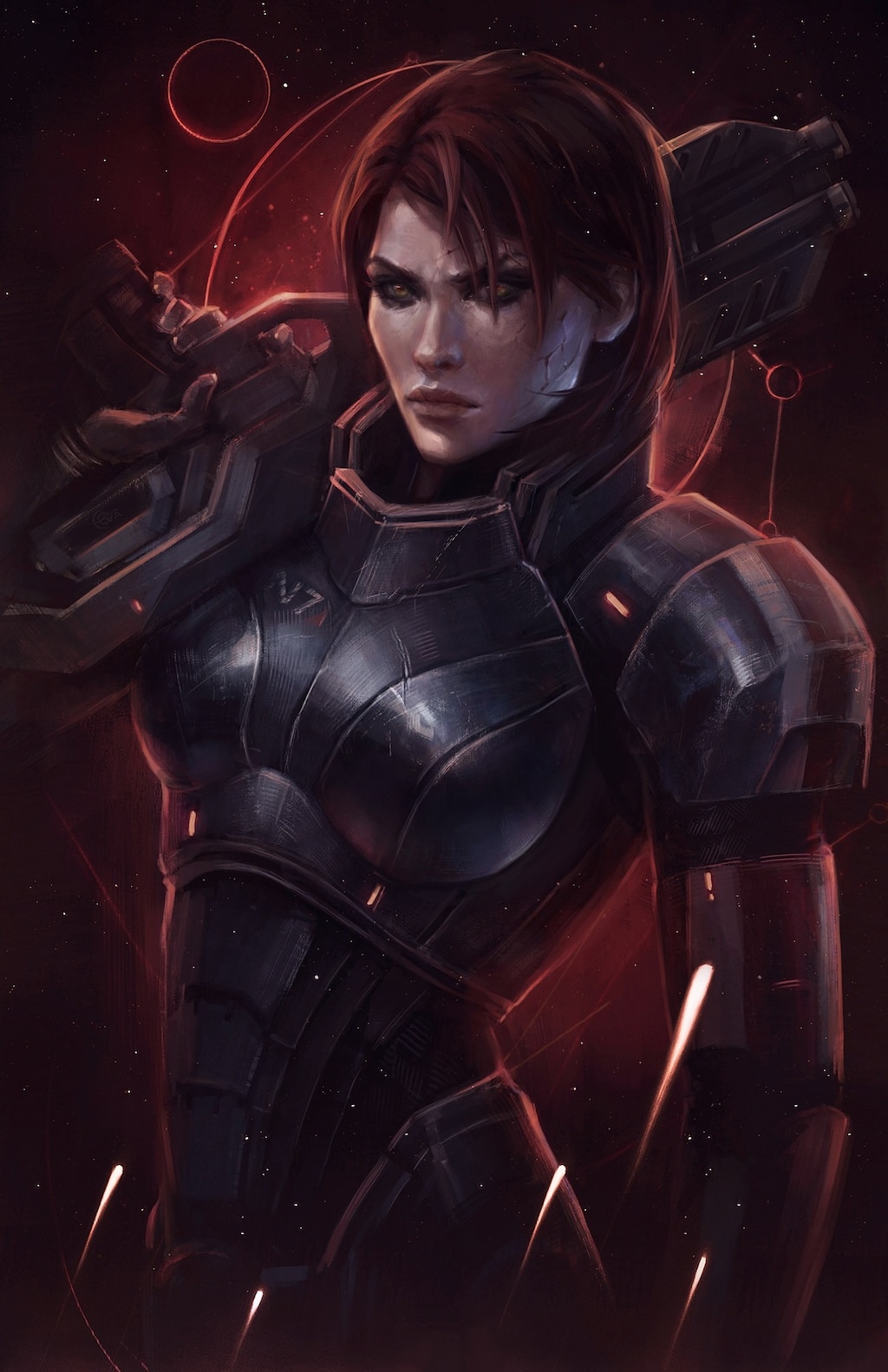 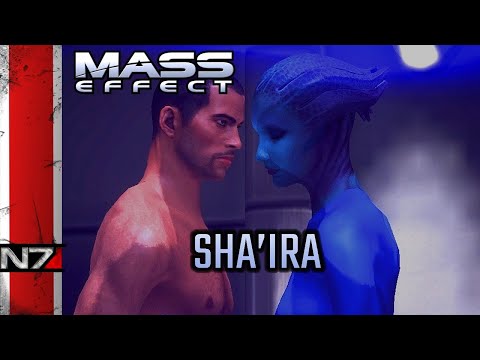 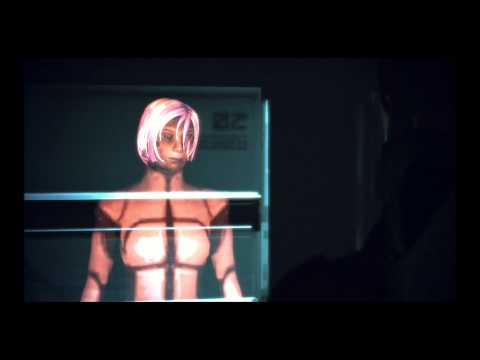 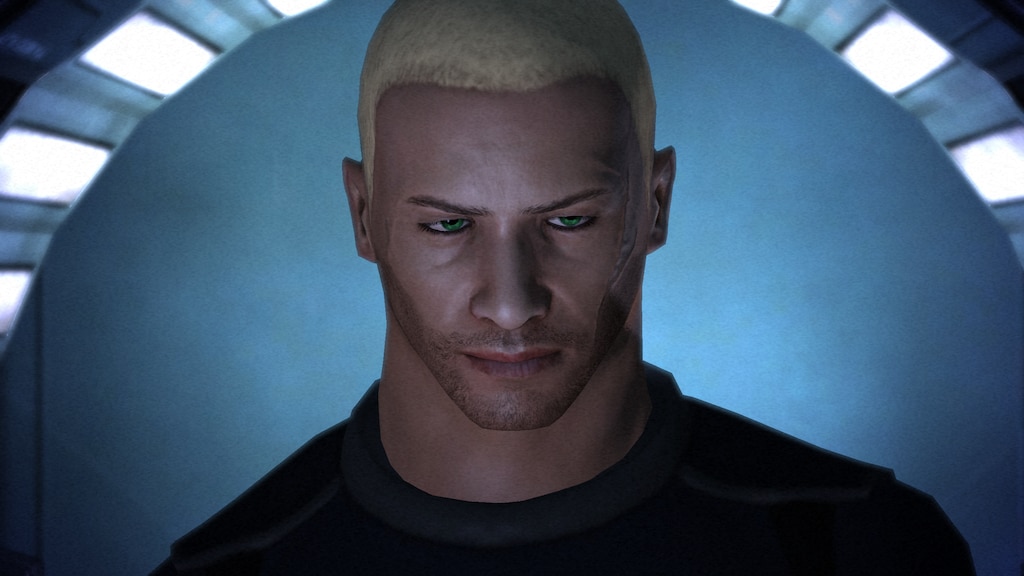 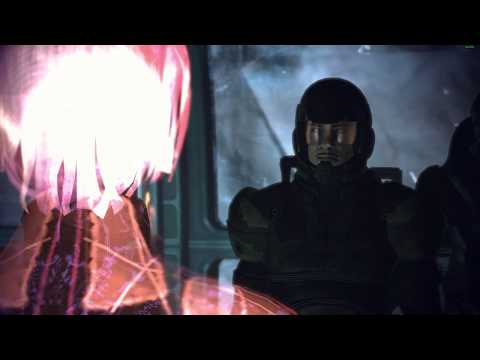 Fenixx
View all guides
How do you improve graphics?
I just bought the game a few days ago, finally getting into it. How do you improve the Graphics? Im not looking for "Perfect" just want to improve them because there a little bit fuzzy... Using NVIDIA 1070 Win 10 ver 1902 32GB ram 2TB HD X99 motherboard chip set i7 6 core 3.30hz...
6

Beefcake
10 hours ago
General Discussions
Mass Effect 1 controller support.
Hello, I was wondering if there was a way to get my PS4 controller working on this game on steam, I am not interested in modding the game and I heard a rumor about it being due to the game having administrative allowings... however I am not very technologically savvy, so I could use some help with trying to fix this... if there is any way to get my controller working without mods... please do me a kindness and let me know. have a good day everyone....
3

SynchronizedCell55
10 hours ago
General Discussions
Rescuing liara elevator boss fight, strange clunking sound then massive damage
i have no idea where this attack is coming from or how to avoid it, i've already made some bad choices by doing this mission fist and bringing garrus and Tali as an adept, but this fight is impossible when im being attacked but some force that can hit me from anywhere in that room. the elevator seems to be making the clunking sounds before expelling steam and then some warp related attack hits my character, and im not near the vents im where the geth were and still get this wave of warp energy that hits o...
8

The Mayonnaise Man
Jul 10 @ 11:11pm
General Discussions
I was about to purchase the four ME games, but...
No DLCs, no deal. I know there are workarounds, but I don't want to do that. I want to purchase everything right here on Steam, easily, like I always do. So please EA, do something about it... especially before July 9, so we can get everything at once for a good price. <3 EDIT: People, that's just my opinion. Don't get your panties in a twist. EDIT²: Here, some Vick Vaporub to help, in case your panties are already in a twist....
59