Forever Skies is a first-person action survival game. Return to Earth destroyed by an ecological disaster, fly a high-tech airship, expand, rebuild and repair it. Scavenge resources to survive, face the dangers of the surface as you will hunt for viral pathogens to cure a mysterious illness.
Visit the Store Page
Early Access Game
Get instant access and start playing; get involved with this game as it develops. Learn more.
Most popular community and official content for the past week.  (?)
SIGN UP FOR THE CLOSED PLAYTEST!
Sep 22
Scientists, be among the first to step into the derelict world of Forever Skies.

There are limited spaces available, don’t miss out! Sign up here:
https://forms.gle/shRycDXLFrH6fJBF7 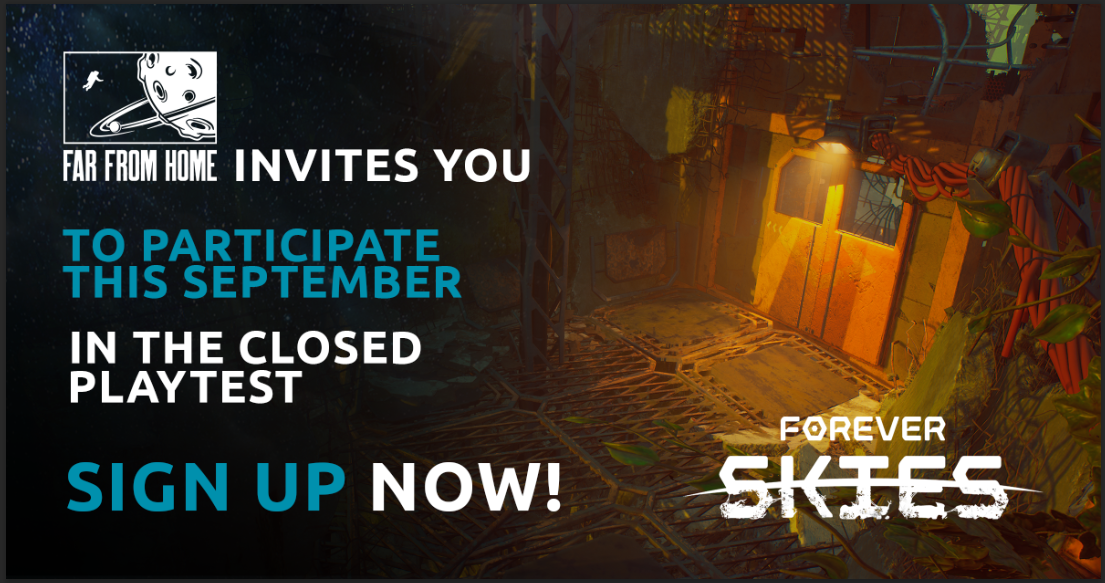 Forever Skies
116
15
Release Date
How certain is the release date, and any idea when a more specific date will be? There's only a few more months left in this year, and this game will easily be overshadowed for Game of the Year awards by Elden Ring and Stray (No offense). Will it still be released in 2022, and if so, any ideas on when we can know more?...
6

burritosarepurple
Sep 20 @ 5:02am
General Discussions
Crossplay?
I've been following this game for awhile and me and a friend are very interested. However, we're on different platforms. Are there any plans for crossplay in the future? Thanks!
8

burritosarepurple
Sep 14 @ 8:33am
General Discussions
Death Mechanics & Survey Results
Sep 1
A few weeks ago, we posted a survey on our Discord asking for player input on how you think death mechanics should work in survival games. The goal was to use this information to help create a death mechanic system for Forever Skies with the information the community gave us.

The answers you gave have been invaluable to us in the last few weeks of development. Thanks to your help, we are currently in the middle of developing a death system you will find challenging, but will also fair and enjoyable…hopefully!

Regardless of the difficulty, after getting your airship, if the player dies above the dust, they will respawn on the airship having lost stats such as health, food, water etc. However, based on the difficulty level, there is an extra layer of punishment in the shape of lost equipment and resources!

Please note, that these difficulty levels & descriptions are all subject to change before release!

Medium - Stats affected, some materials lost, no vital items that would harm progress.

Perma - Yep, perma-death will also be a mode you can choose. Either load a manual save or go back to the start. 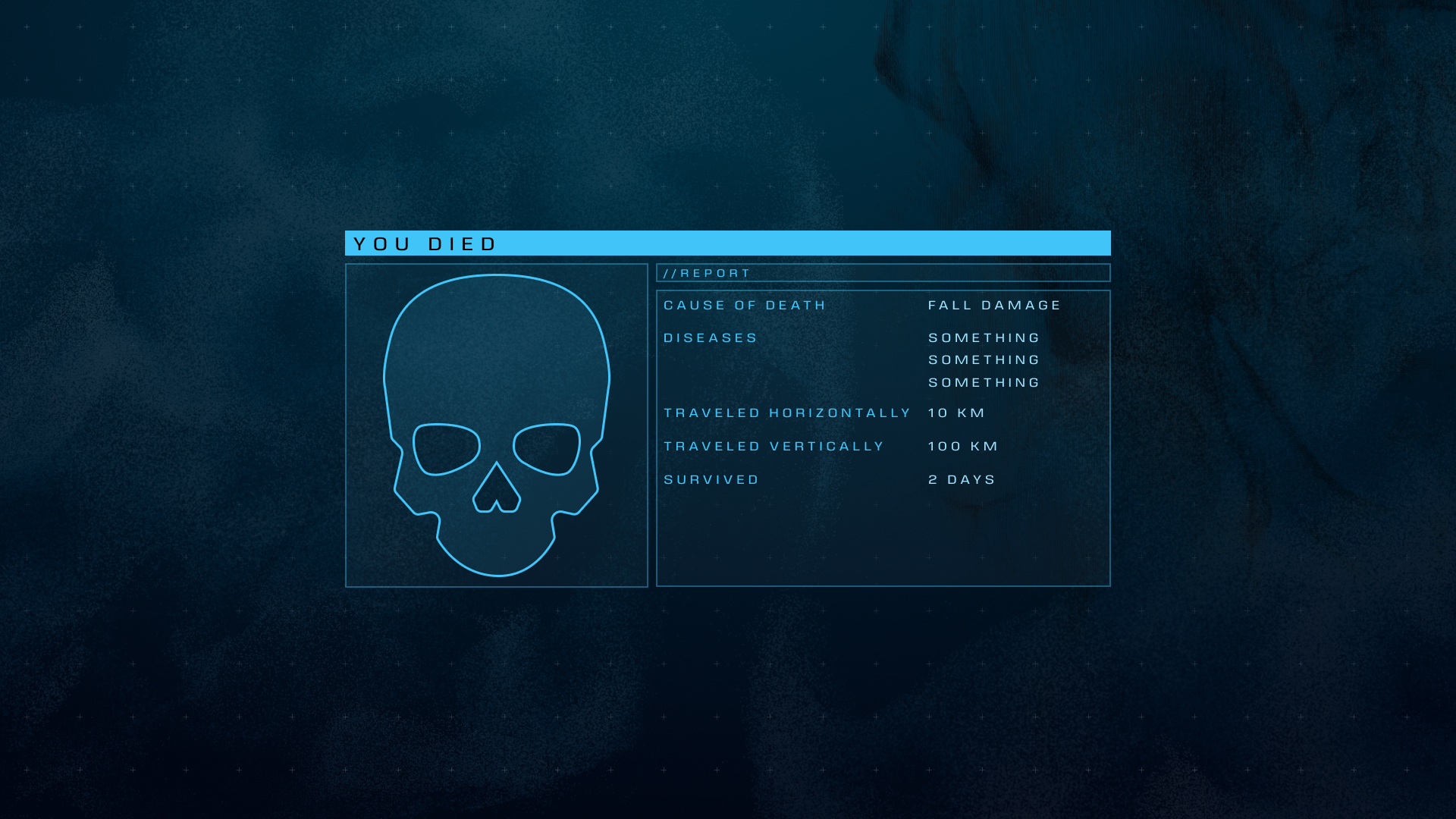 As we mentioned, these decisions were made based on your feedback in the survey! Below are the results of the survey.

The survey was divided into two sections. The first section was all about trying to understand each player's likes and dislikes about survival games to establish a baseline. The second section was specifically about death mechanics in games. 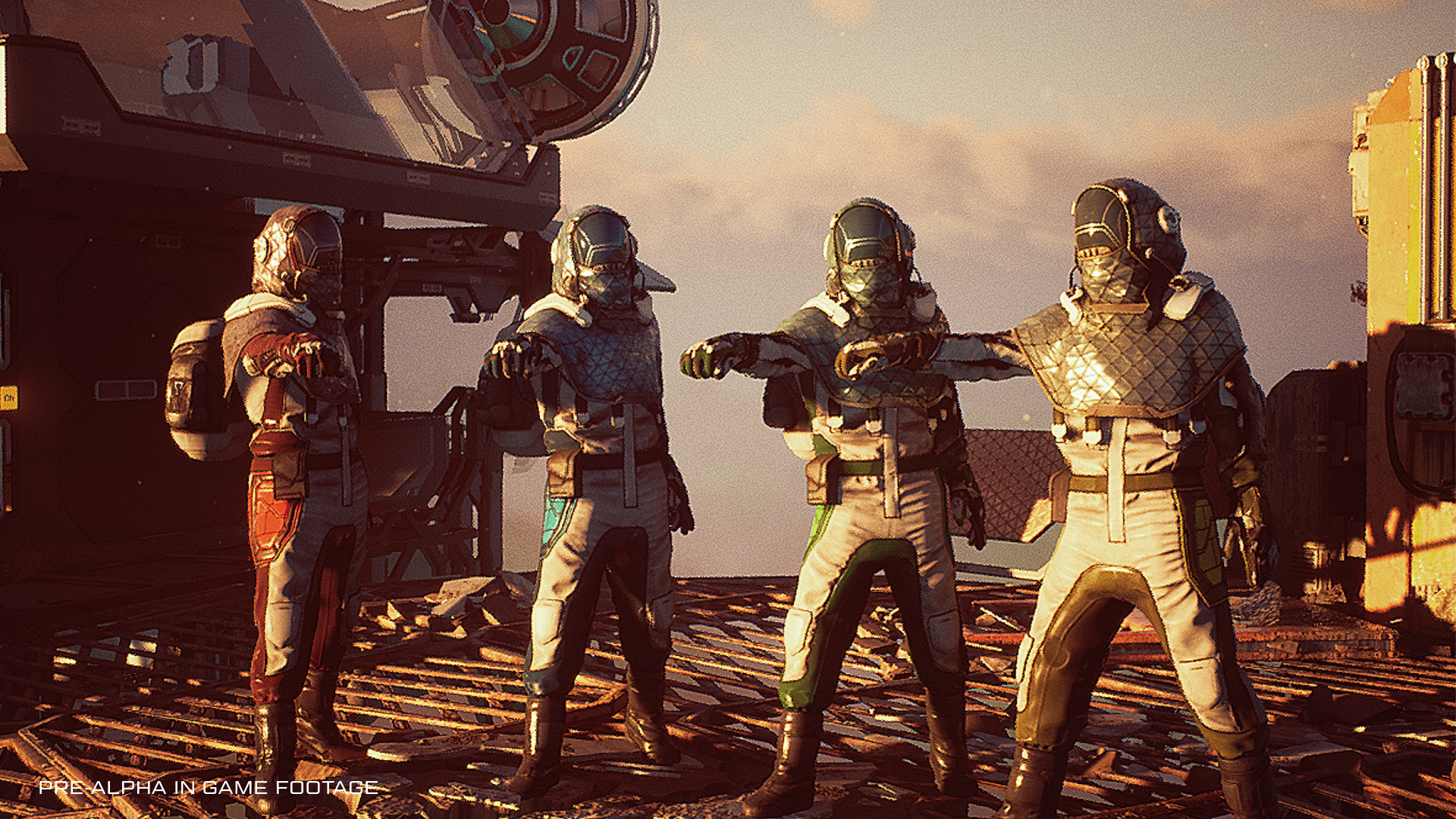 To begin, we asked you to tick your favourite survival games from a long list of titles. You were able to select as many answers as you liked. Here are the results:

Unsurprisingly, Subnautica was the most popular title. 78% of you clicked that box!

In question 2, we tried to determine on average, how long players spent on any one survival game. It turns out that the majority of you put in over 200 hours per title, taking 39% of the vote! 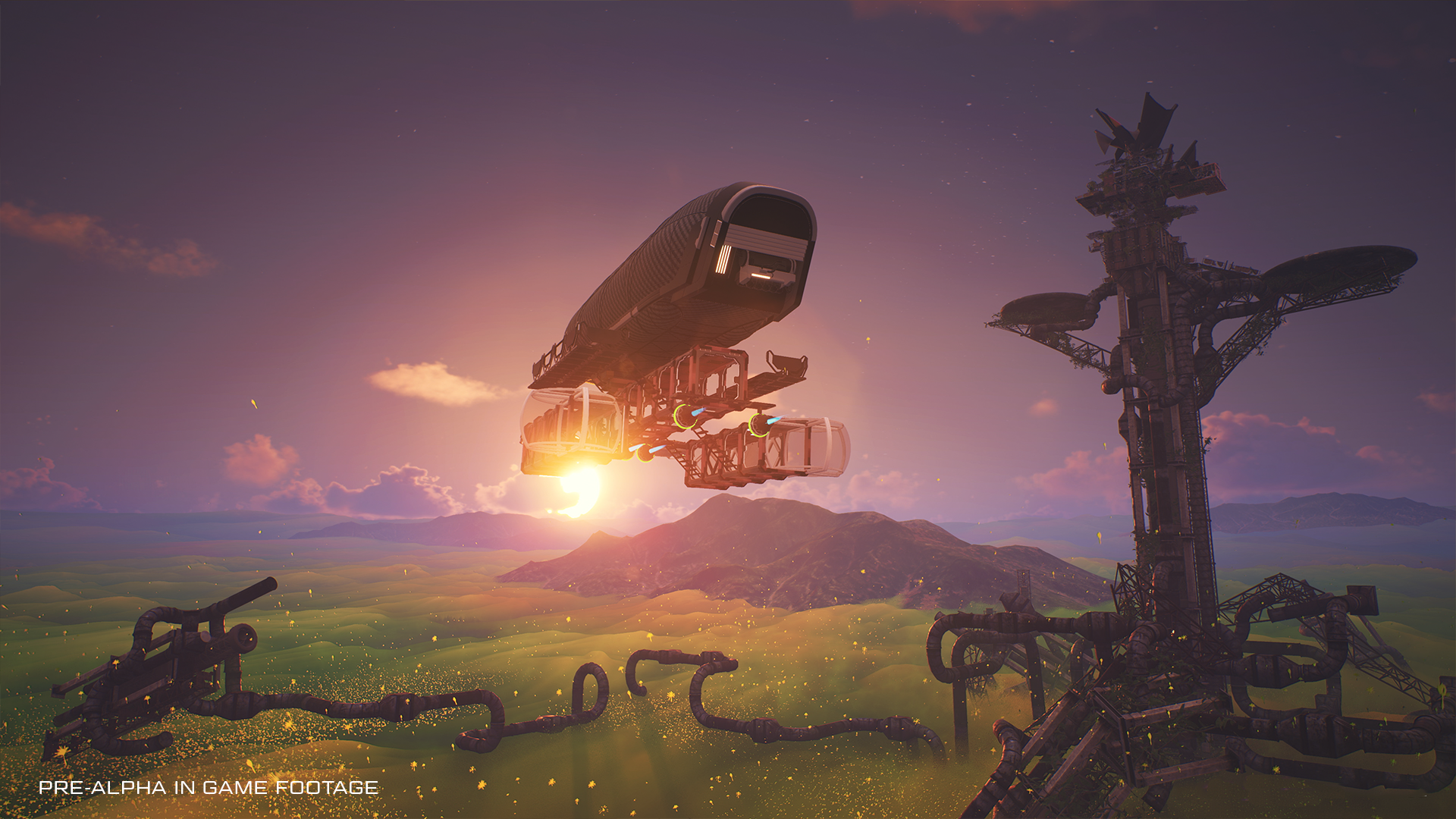 In section 2, we asked which game had your favourite death system. More than one could be selected and yet again, Subnautica received the most votes.

After reading through players comments, it became evident that many were happy to lose items on death, but with a chance to retrieve them by returning to where they died.

Here are your results for games with the worst death mechanics. Again, players could choose more than one. Interestingly, Raft made it onto the list for both best AND worst death systems.

It appears that Raft's death mechanic has a split opinion among players. Some liked it, some hated it! It’s clear by looking at the results, that this was down to if the individual liked a tougher punishment or not. 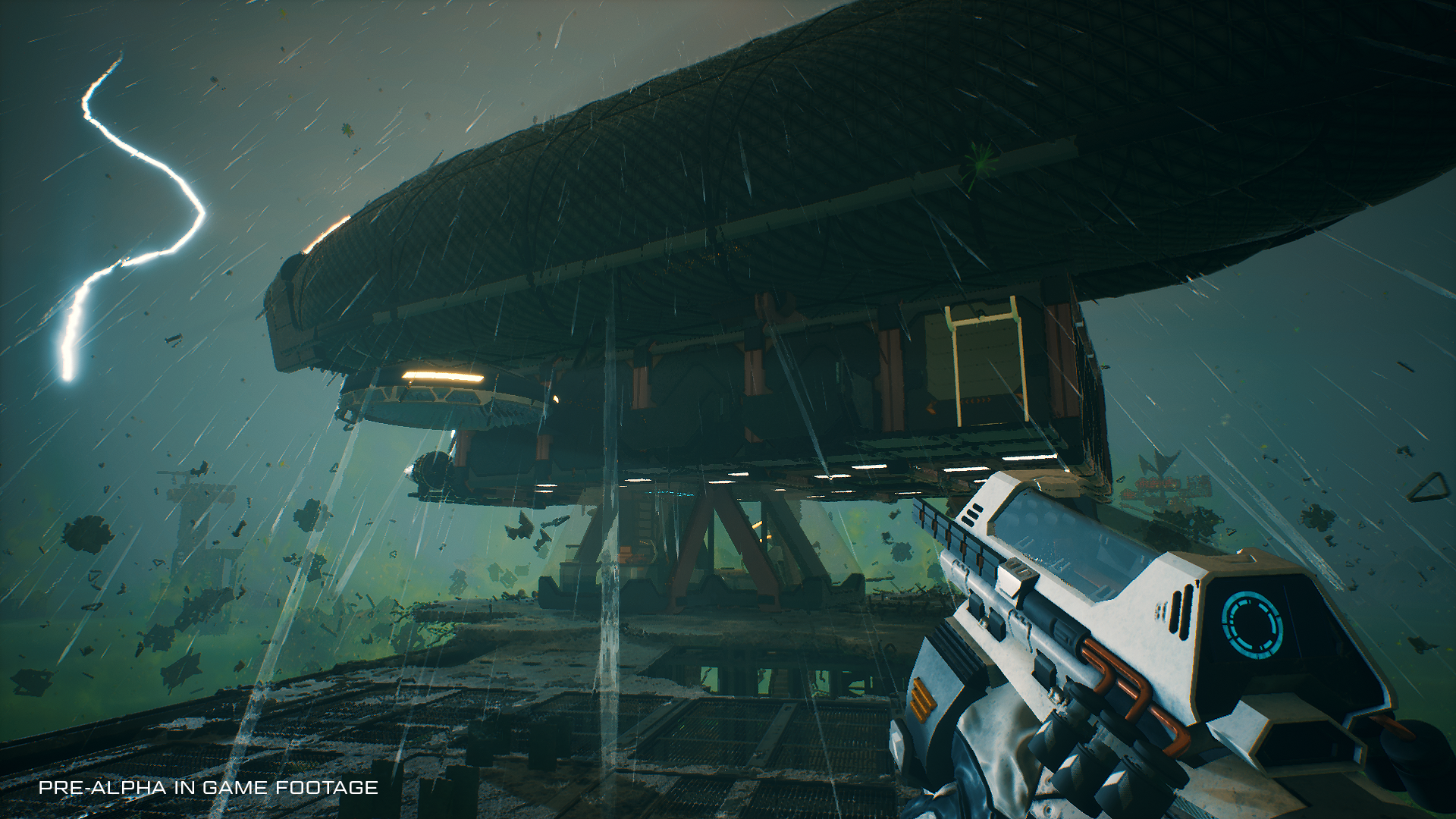 A few more quick facts you told us in the survey:

- 60% of you believed losing items upon death is a good punishment and the other 40% of you did not. But this was with the caveat that you were able to retrieve your items after death as mentioned before.

- 70% of you want to see a modern auto-save system. 9% of players wanted to see a classic manual load and save system.

- A definitive 93% of you believe that you should be able to revive your teammates in a survival game multiplayer session.

- 33% of players believe falling from your airship or a location should result in a "Game Over" screen. Another 33% believe you should auto-respawn at the airship having lost some health. The final 33% believe your fate should be something different...like a parachute! 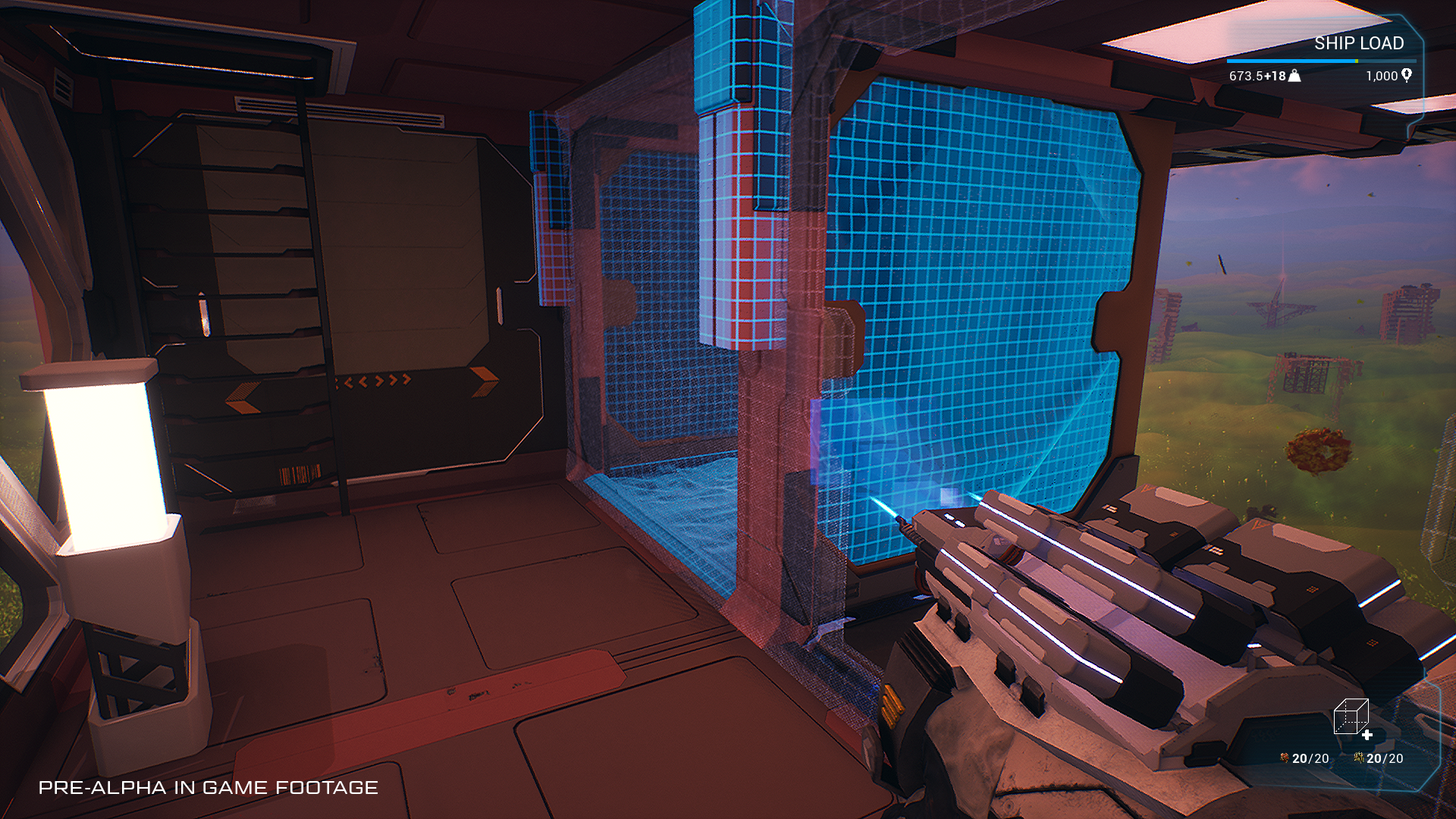 Finally, thank you for all of your responses regarding how you want the death mechanics to work in Forever Skies! Here are a few of the responses we received. 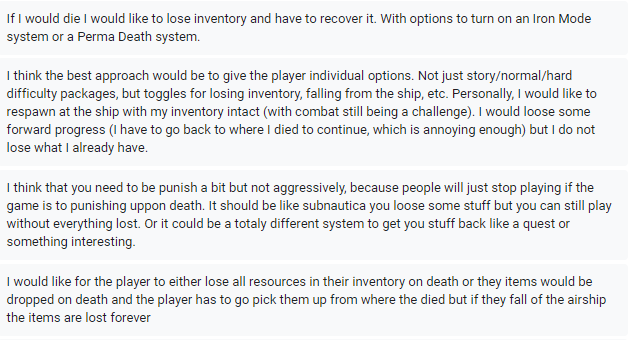 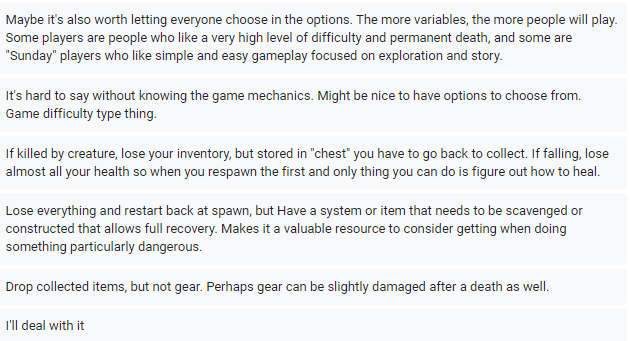 What's your opinion on the direction we’re taking with death mechanics? What did you think of the results of the survey? Let us know in the comments!

Have a great day, folks! 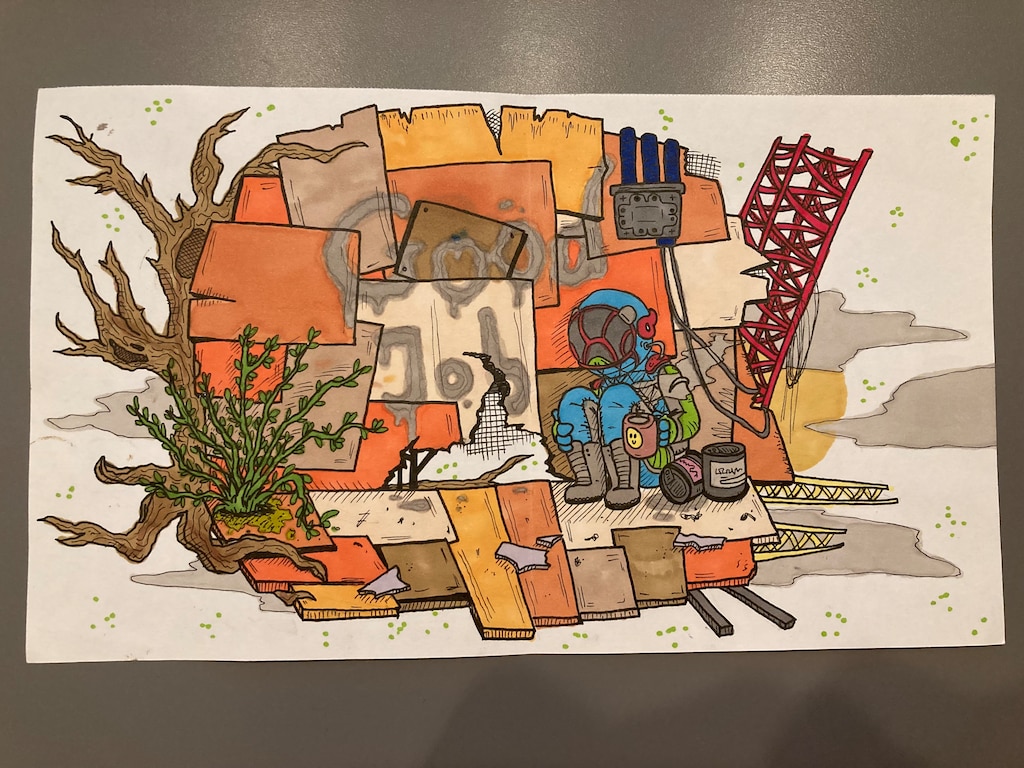 1
0
The scientist is all alone - but at least they have coffee! 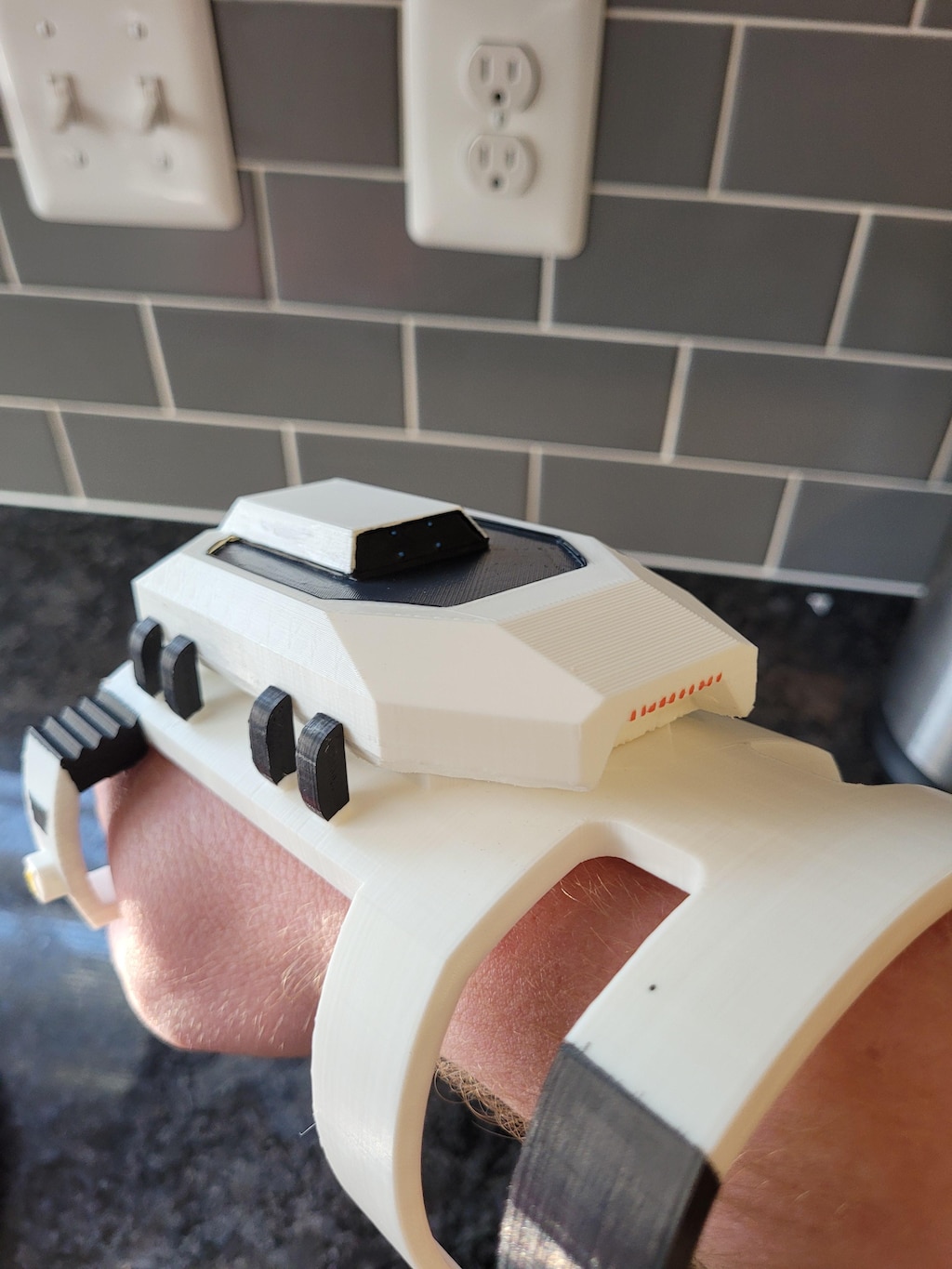 FFH_Greg
View artwork
how does this game compare to Subnautica ?
(I mean apart from the fact that it is not underwater)
7

Day Walker
Sep 23 @ 4:38am
General Discussions
What Secrets Will You Uncover In The Overgrown Locations?
Aug 12
Greetings scientists!

It's been a busy week in the studio! We’ve been moving forward with the development of food sourcing mechanics in the game, whilst also improving & optimizing important locations like below the dust & the Overgrown Garden locations.

Today, we thought we would treat you to a behind-the-scenes look at an Overgrown Garden location so you can see what we’ve been working on in recent months!

This is the largest structure we have created in the game so far. Did you recognize it from our most recent trailer? https://www.youtube.com/watch?v=k6xvaromGe0

These complexes played a necessary role in the last days of Earth. With the surface lost, humanity needed a place hundreds of meters above the dust to safely grow food, cooking ingredients, biofuel, and all other kinds of green life.

These structures became their solution, for a while…

The Overgrown Gardens are worth scoping out. They contain an abundance of supplies & materials for you and your airship. Not to mention secrets for you to uncover!

But watch your step, the location is home to creatures that don’t take kindly to your presence. Don’t let their size fool you, looks can be deceiving…

We’re happy with how this location is shaping up. There are still some finishing touches needed, but we can’t wait for you to explore and exploit the benefits of landing here. 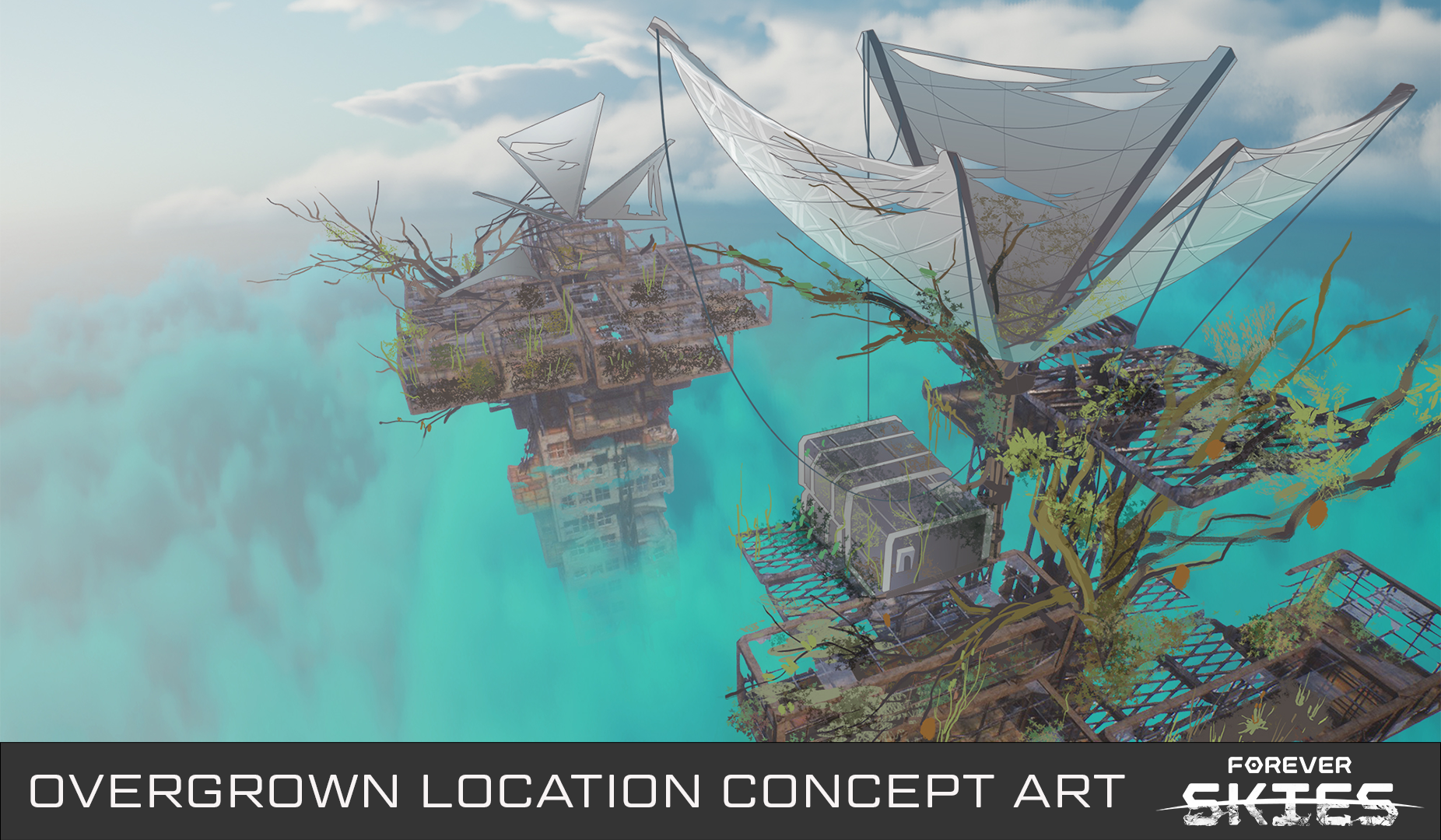 What secrets do you think you might find at the Overgrown Garden? Let us know in the comments. Finally, be sure to check out the short video these GIFs were made from (sound on!) - https://twitter.com/flyforeverskies/status/1558105373277650949

Have a great weekend everyone! 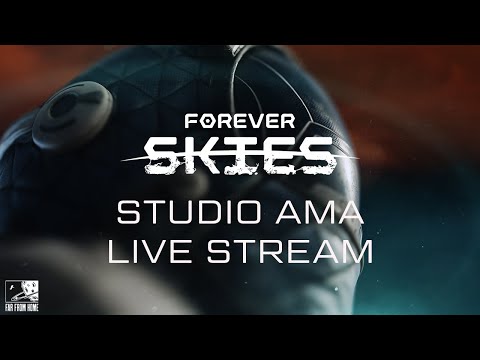 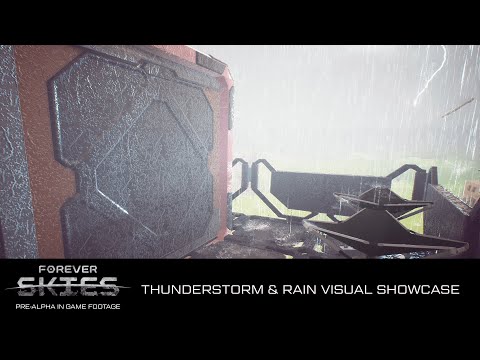 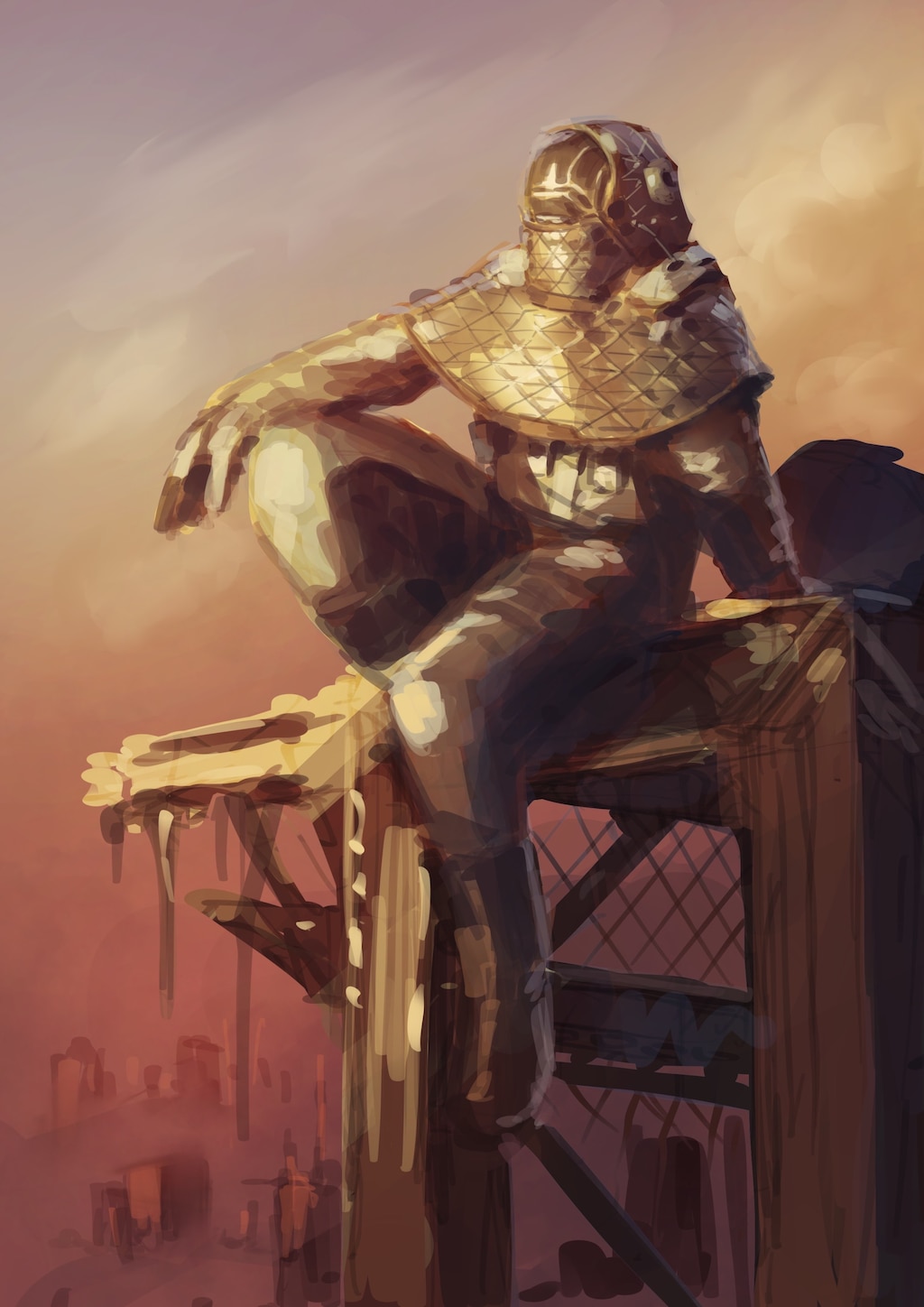