Leaf Blower Revolution is a Free to Play idle game where you blow away leaves with nuclear leaf blowers, unlock upgrades, earn achievements, and more. Try out Leaf Blower Revolution now and watch numbers going up!
Visit the Store Page
Most popular community and official content for the past week.  (?)
Online Season #5
Jul 4
The Main leaderboards show players who claimed at least one of the supporter packs. The F2P leaderboards show players who didn’t claim any of these. Different from earlier seasons, both leaderboards are exclusive. This means that F2P players don’t show up on the main leaderboards anymore.

Players have to select a season before loading their season character. This means that it is possible to play two seasons at once with a PC and a mobile phone (Android only – iOS still in development).

In the Cross-Play category, players can play the same season character on both PC and mobile. It’s not recommended to play this category on two devices simultaneously as progress might be lost.

To prevent a progress gap between players in case of server issues, players will be kicked after certain circumstances, e.g., no response from the server. Make sure to have a stable internet connection so you won’t be kicked out of the season game.

Daily rewards can only be claimed once per day in the Cross-Play category.

Once the season ends, you will be able to salvage your season character into your main game for attractive rewards.

In case of a tie, the next column in the leaderboards will be taken as the win indicator.

Important Note
The use of any macros/autoclickers/cheat engine is strictly prohibited and will result in a permanent ban across all current and future seasons.

Leaf Blower Revolution - Idle Game
23
1
good save files
does anyone have a stupidly maxed out save file that i can use?
2

Did we just skip a whole version number, v2.12? Yes, we did. I just realized that, but it's too late now. I hope you don't mind as much.

#sacred-nebula➕
- New shop - Electric Energy
- New craftable perks: Max resource storage and max resource storage%, Damage Types.
- Damage Types: an enemy or boss may have a special damage type that is more resistant or vulnerable to other damage types. Damage types can be crafted with crafted leaves. Some types are not craftable (yet). See stats for more info.
- New Areas and Boss

Guilds
Guilds are exclusive to online seasons only. More info about the next season will be posted in a separate announcement. To get you more excited about guilds, here's how they will work:
- Guild resource: Honor. Honor can be earned by claiming daily rewards or by defeating area bosses. Claiming supporter packs will reward some honor, too.
- Everyone can create or join guilds which cost some Honor. Guild owners can kick members but they won't be able to leave their guild.
- Guilds can be upgraded by investing Honor. The investment count is capped depending on the season settings, for example, 20 investments per day, 400 total guild investments per day.
- The higher the guild level, the better the upgrades.
- Guild upgrades are applied automatically.
- Certain upgrades are unlocked after reaching a higher guild level, for example, +1 max pet at guild level 10.
- Honor can also be converted into season gems.

Unique Leaves Guide [Updated]
Requirements to obtain all the Unique Leaves, and their effects.
148 ratings

Every Shop And Upgrade
Want to know where you should be spending your resources? Check out this handy, not-so-little (oh god why did I think doing every menu was a good idea) guide that contains only the best and most accurate information derived almost entirely from my personal...
86 ratings

How to get Artifacts
End Game
74 ratings 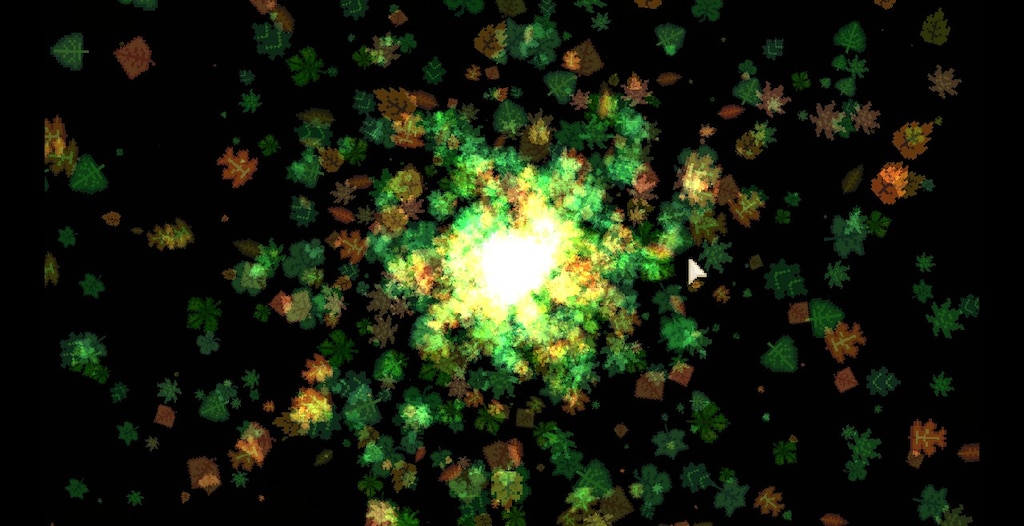 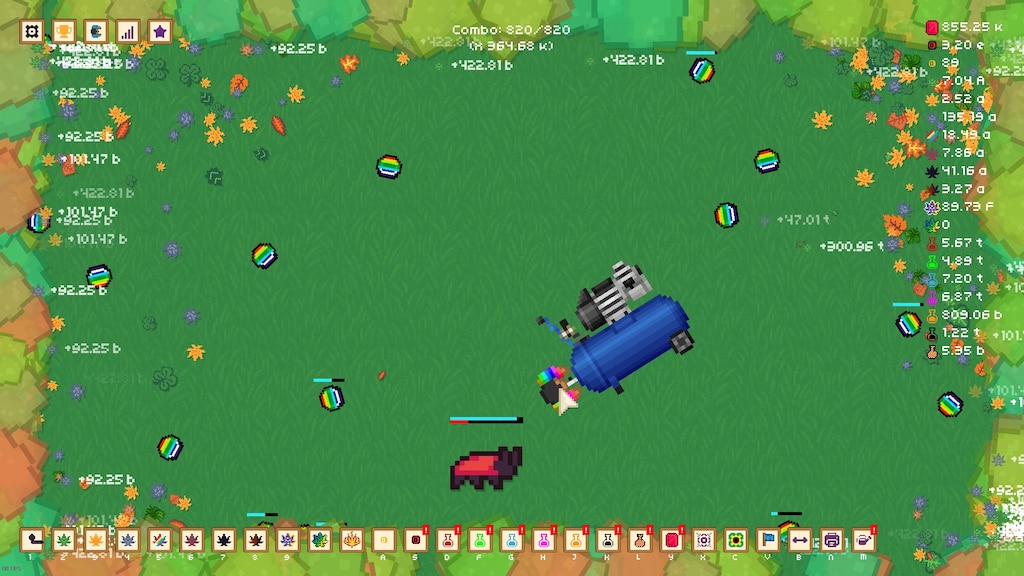 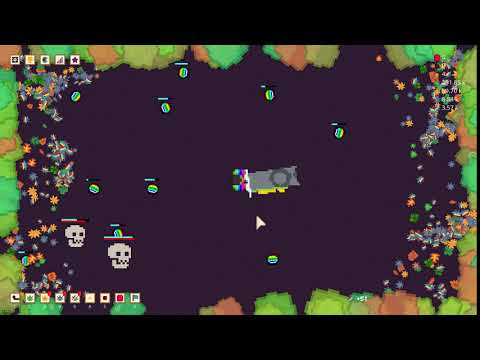 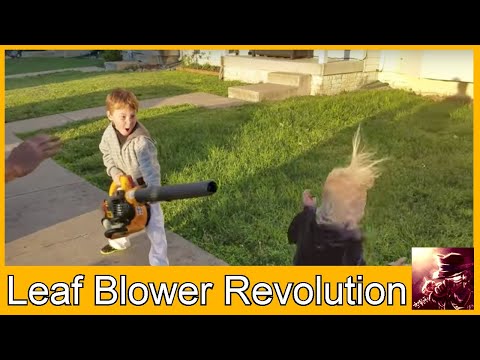 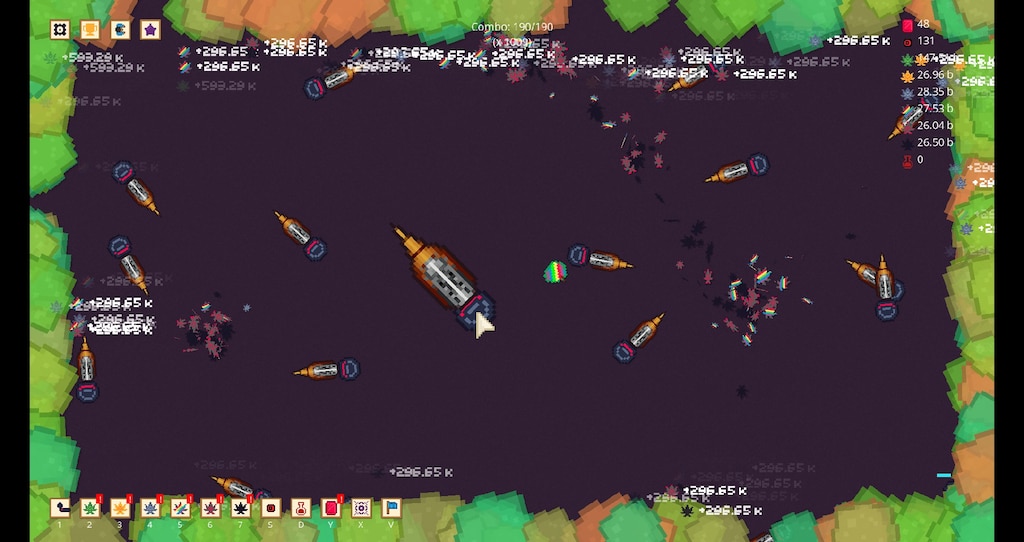 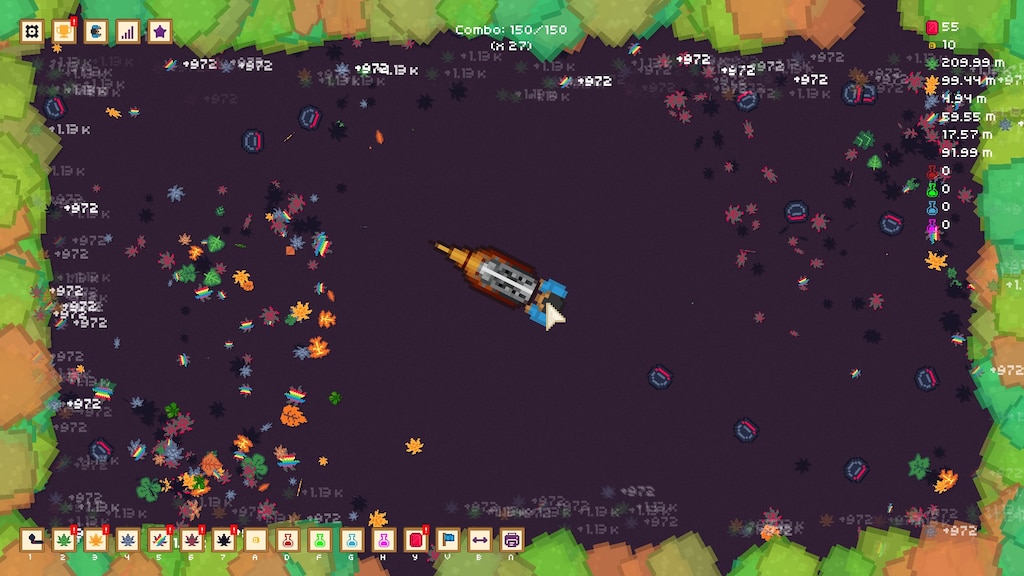 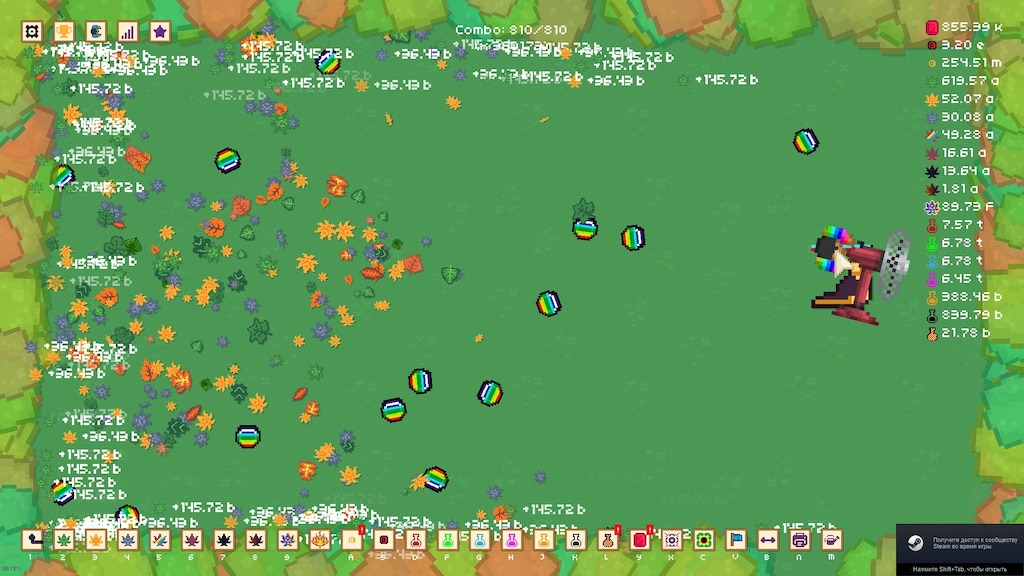 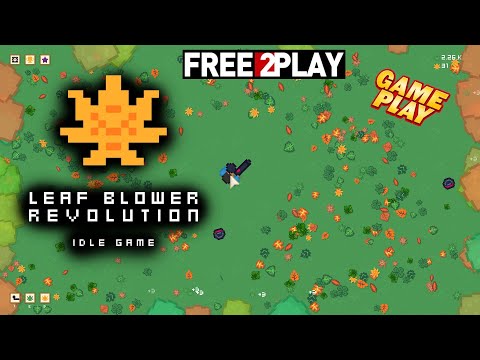 Not Recommended
663.3 hrs on record
Leaf Blower Revolution started with a fantastic foundation, and I will fully stand by that the first dozen (plus hundreds afk) hours are good classic satisfying incremental progress. However, the game starts to show issues once you unlock "big crunches", the second layer of reset-to-unlock-another-special-tier-of-upgrades.

Firstly because the way many of these upgrades stack leads to numbers quickly leaving the realm of sanity. But secondly because the value of premium currency unlocks starts completely barrelling out of control. Fact is, that in the later stages of the game there are many components to the design that are unnecessarily difficult or finicky to progress in, but classically, have a premium currency that allows unlocking special upgrades that vastly improve the process. It creates frustration to sell the solution.

Secondly, because the content and progression in these later stages of the game fall into an insane spiral of new bizarre minigames with frustrating, opaque mechanics, rare resources to even attempt them, and so many different types of currency and places to spend them that the game is surrounded on all sides with tiny boxes representing different shops, currencies, leaf types, meta upgrades, and shops. Frankly, it gets overwhelming, while still managing to make it feel like the most important and essential next upgrade is definitely that one using premium currency and all you need is to maybe get a supporter pack and you'll be able to feel fun again.

So for that reason, I would highly recommend avoiding it. Pick Cookie Clicker instead. 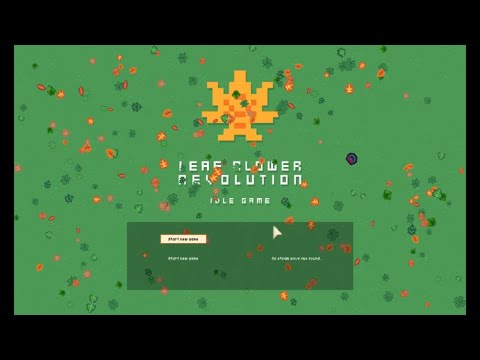 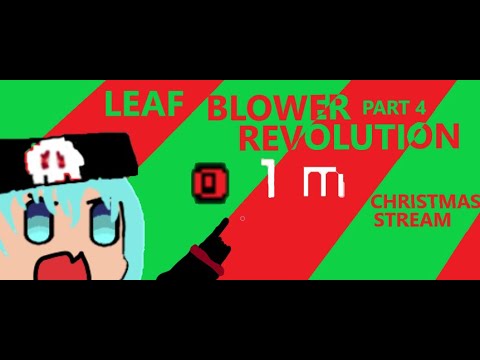 Recommended
245.8 hrs on record
A must play for any horror junkies, Leaf Blower Revolution boasts a truly terrifying experience.

If you're familiar with the 'boiling frog' apologue, it is a perfect way of explaining the psychological horror elements within this game. It begins in a safe and familiar place, your very own garden. You undertake the simple task of raking up leaves. Yet, before you know it, you're facing your greatest and most personal fears (leaving your home) and even critique of the sadistic hedonistic desires of humanity (using a large fish as a weapon).

If you play and enjoy this, I would recommend you try similar games such as Outlast and Silent Hill 2.

but seriously, it's pretty fun and a good time waster if you have nothing better to do. plus, it's free! 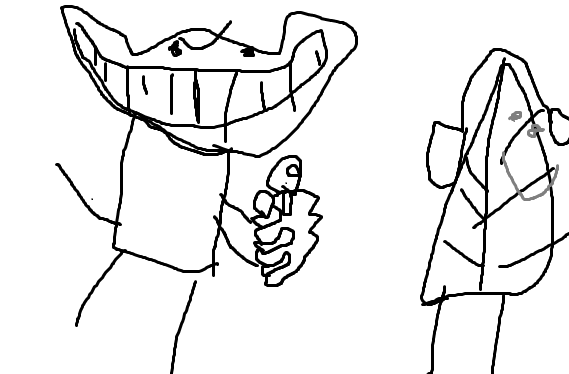 0
1
made in ms paint. RUN LEaF! oH nO hE cAnT hEaR uS HeS wEAriNg heADPhONES

0
2
For any of you wondering, this game isn't pay to win.

Time for another QoL update! Thanks to all members posting in the #ideas-suggestions discord channel, I can't even keep up with all the good ideas. Also, thanks to the beta testing blowers who have been helping me through several patch cycles to improve the game. Cheers to you!

Leaf Blower Revolution - Idle Game
146
11
If you are part of the season. There is a code you can claim!
The code is called cheesecantcode. The code gives 10 honour which can be used to upgrade your guild! Idk if anyone needed this but I still posted it just in case some of you weren't awair Also stupid request but if you are part of the guild "AVG LBR Guild" PLEASE use this code. We are pretty much at last place and claiming the code would bring us up in the leaderboard...
2

yoelkompithra
13 hours ago
General Discussions
Energy shrine bosses
Has anyone been able to beat any of the bosses yet? I got all maxed out hematite leaves fully sharded with properties boosting my damage in leaf blower damage (both flat and %), sharded in slap multiplier and damage type for the specific bosses aswell as 12.23 h blower damage and 1.33 I slap damage, but I'm not even making a dent in the bosses health.. Am I doing it super wrong or do the bosses just have a billion health?...
9

Roxhi
Jul 3 @ 2:36pm
General Discussions
Do u can Buy gems?
hay Guys Can u Buy somehow Buy gems? only Gems? i have all the packs already. greedings
3

senny_xxx
22 hours ago
General Discussions
Progression
So I'm at the point where tower floors are costing tons and don't really give me enough. I'm not really sure how I would get more tower floors and progress more. The next few areas cost essences so should I get those?
6