Unravel the mystery of the King's sudden death... Claim your right for the throne. Try to stay alive as long as possible. Will you take the risk? The story for those who are brave enough to dive in a dark story and are able to think reasonably.
$14.99
Visit the Store Page
Most popular community and official content for the past week.  (?)
Update № 1.04
Dec 25, 2020 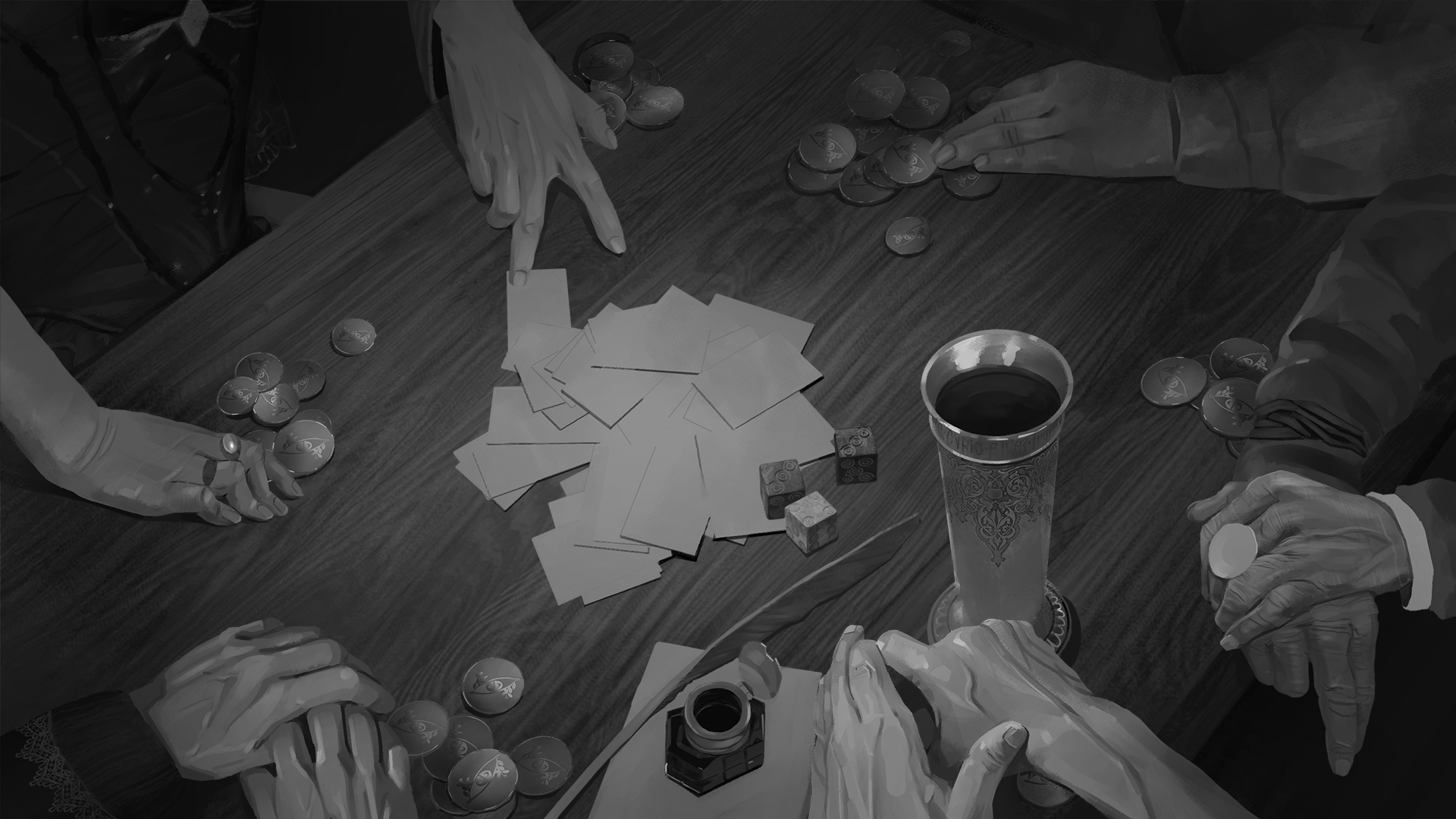 “Hey, chronicler! Come and join us. We’re in for an interesting game. Everyone is going to participate and you’ll definitely enjoy it”.

The fall of the monarchy, the loss of beloved ones, the betrayal and the curse… The time before the tragedy, the bloodshed and the deaths. The time when Revinia was not at the verge of losing last hope.
The renewal is the thing that stems from every cry of pain, but is it really worth suffering?

The story unfolds before the main course of events described in Untale: King of Revinia when the characters could afford a peaceful pastime. They used to hold carefree conversations, attend delicious feasts, have games.
Will you express the desire to witness that all with your very own eyes and enjoy them playing in a friendly manner? But mind, friendliness serves as a disguise for at least one of them who is engaged in intrigues and is already contemplating the King overthrown.

“I’m not your friend, you money rat.”

“Both of you are brats, who know nothing of life. Have you ever murdered anyone with your own hands?”

“Feast, Game and Murder” - a major update to Untale: King of Revinia that consists in the new game mode. Now you possess an opportunity to step into the shoes of Erlene Rollon, Bedivere Lessing, Norbert Kolas, Gerald Kolas or Carl Breton, if only for a while. Those were the people Walter Wile invited to join him.

Choose between one of the five characters, take on the role of the murderer and try to deceive Walter Wile. 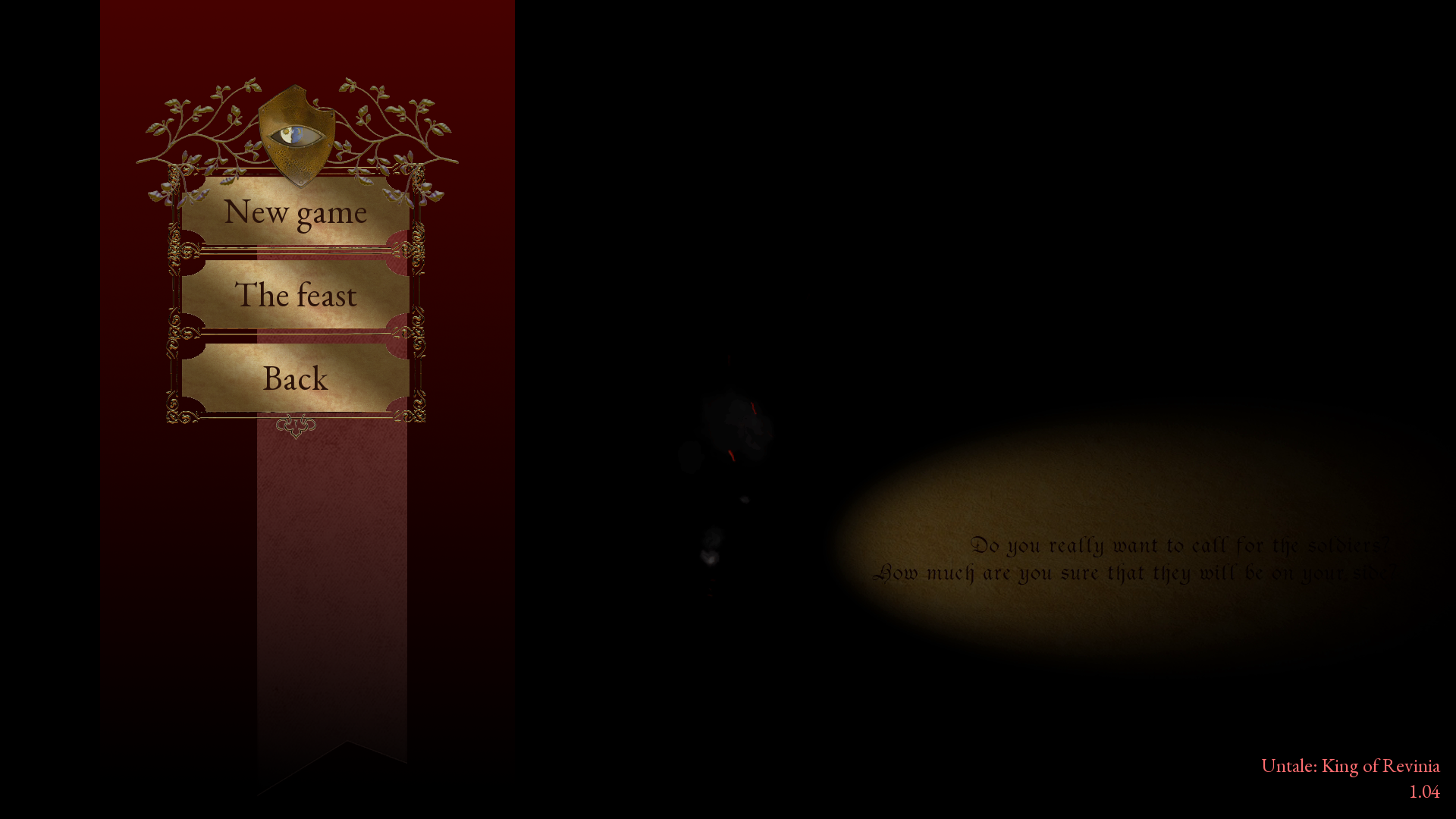 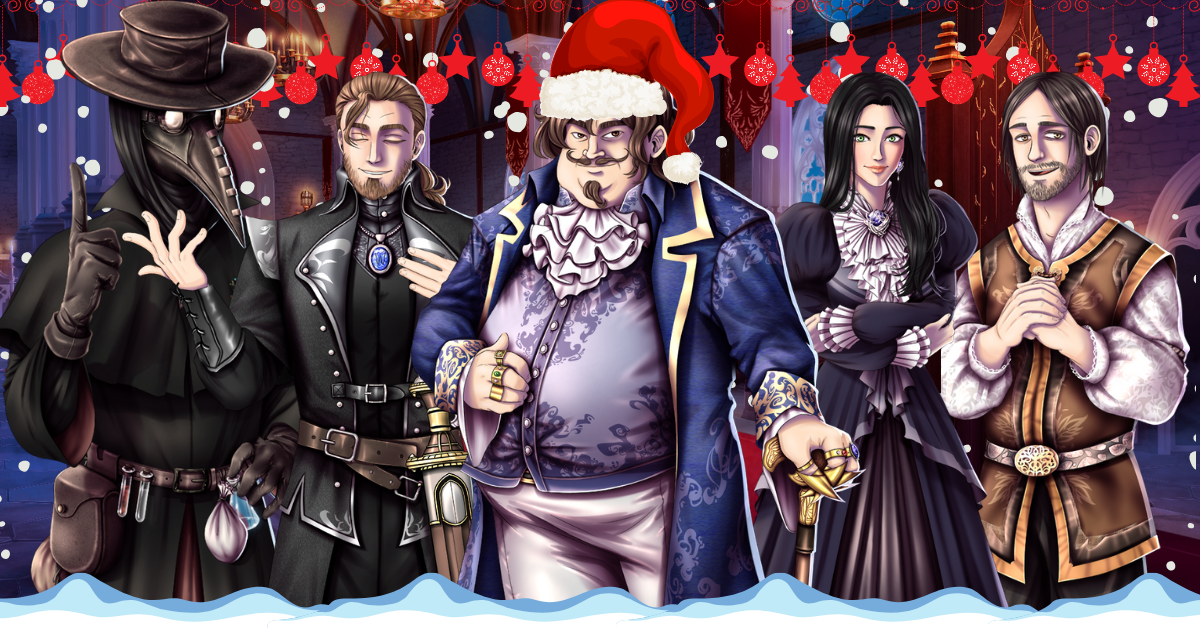 12 ways to ruin your kingdom. Want to know them all?Untale: King of Revinia is a perfect match for you. The dark story in vivid colours.

*Offer ends at 5 January at 10AM Pacific Time 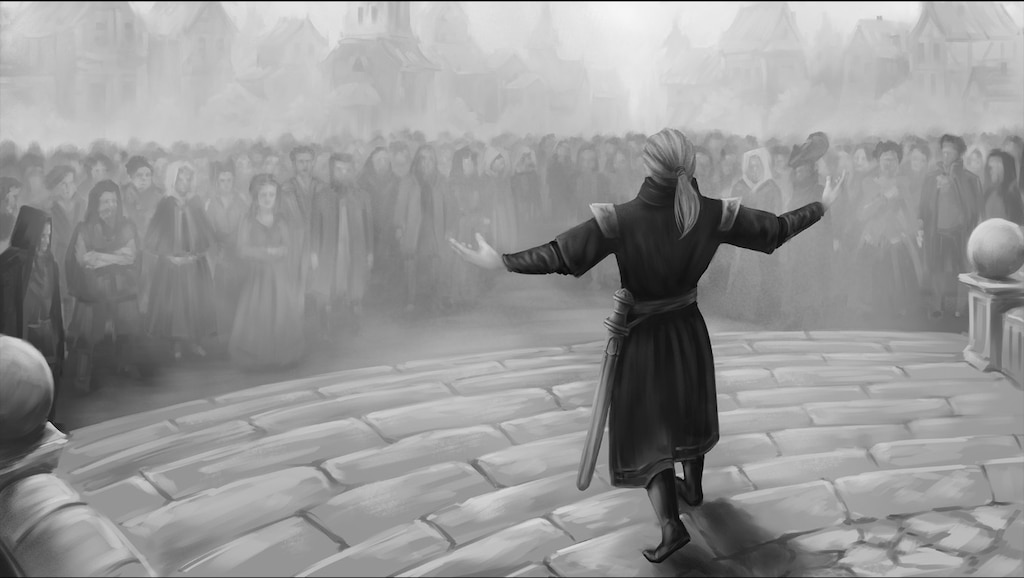 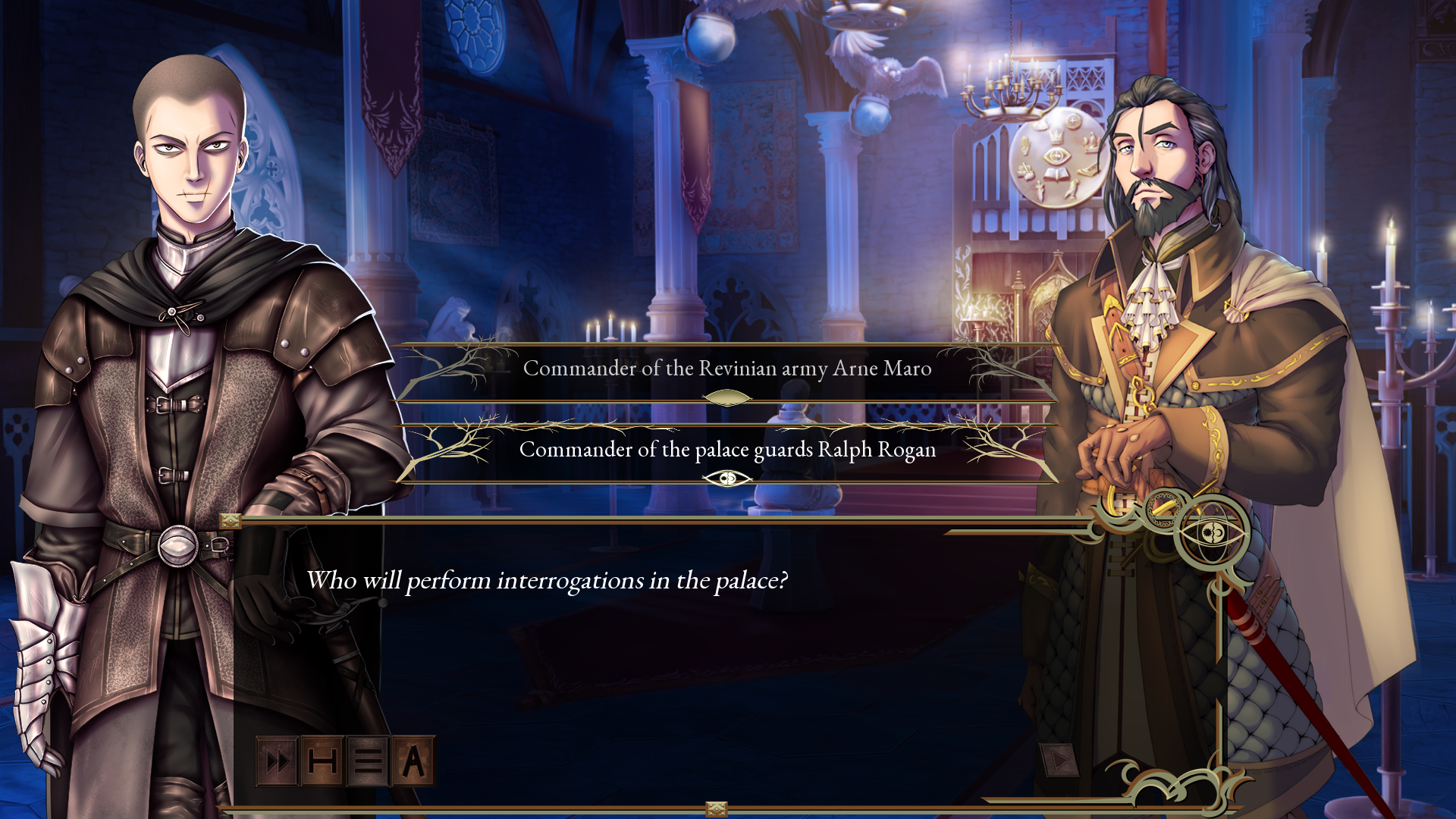 R1kko
Dec 27, 2020 @ 8:00am
General Discussions
Review based on Demo
Thank you for sharing the demo. I enjoyed it. Love the story and art a lot and love reading the additional texts or information on each book inside the story. (as far as the demo allowed me). My biggest issue that makes me hesitant or reluctant to purchase the game is the save system. This game doesn't provide a save system like in normal VN. That's beyond my mind since VN always has abundance of save slot (don't ask why) and I find only 3 and it's very amusing that those 3 slot are actually for load. Of...
4

Cario-Regun
Nov 17, 2020 @ 6:38pm
General Discussions
A day 5 bug?
Proposing to marry Isabelle to Lessing during the ransacking of his room and agreeing to his plan (is this supposed to be a survivable path btw?), then meeting Walter Wile in your room and showing him the tunnel (without getting a prompt to choose whom to invite btw) leads to him telling you you're safe while his soldiers are lying dead at the door (is this a sign of impending defeat?), and the game then skips to the node that reads "When you wait for somebody to arrive, time always passes slowly. All you ...
2 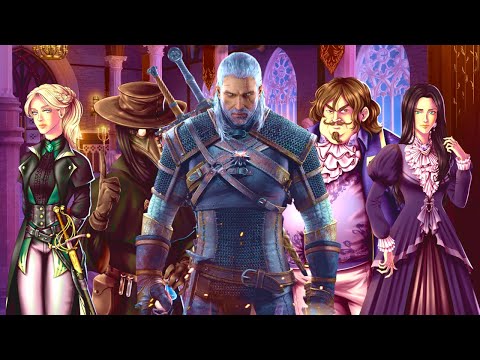