Greak: Memories of Azur is a beautiful single-player puzzle platformer adventure. You will take the role of three siblings: Greak, Adara and Raydel to guide them through the lands of Azur. Alternate control between them and use their unique abilities to escape from the Urlag invasion.
-50%
$19.99
$9.99
Visit the Store Page
Most popular community and official content for the past week.  (?)
Smith stopped selling crossbow?
I'm trying to buy the Advanced Crossbow, it's the last item I need to get before continuing with zack. However, the blacksmith stopped selling things, I think he was the one who was selling it before. I think the merchant sells it (?) but I can't find him anywhere. Can someone help me find him? Getting around in this game is super frustrating, unlike games such as Ori....
4 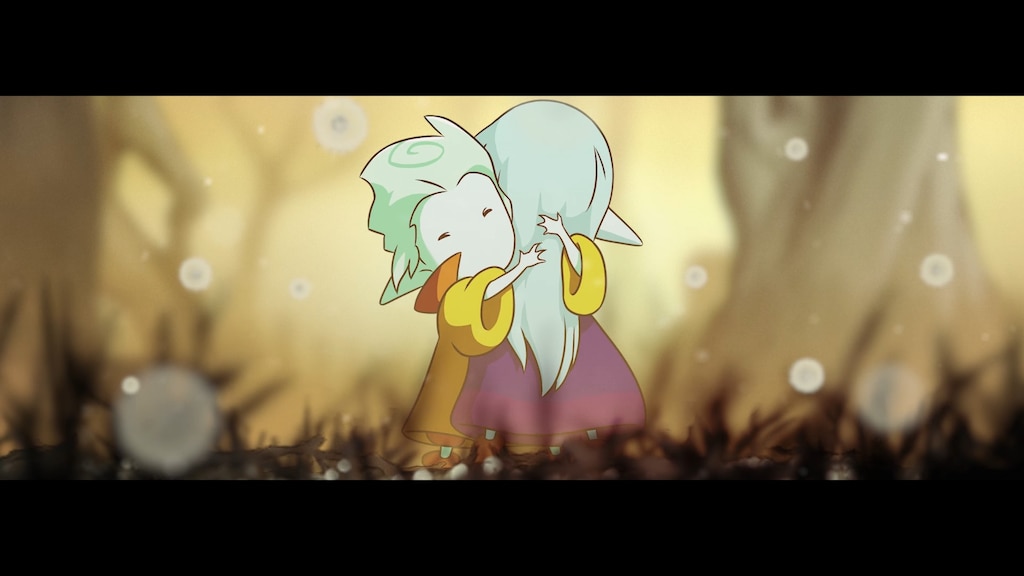 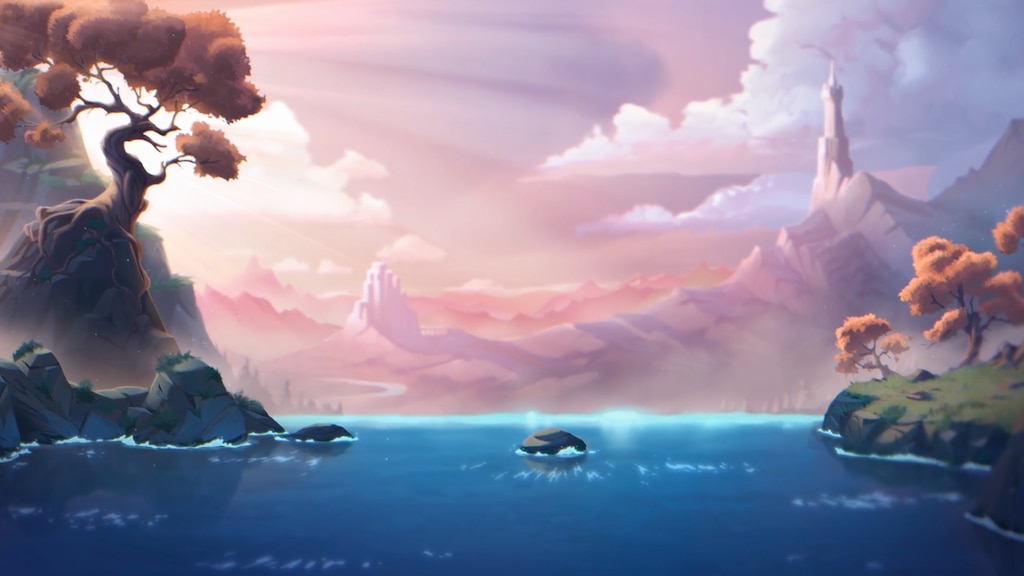 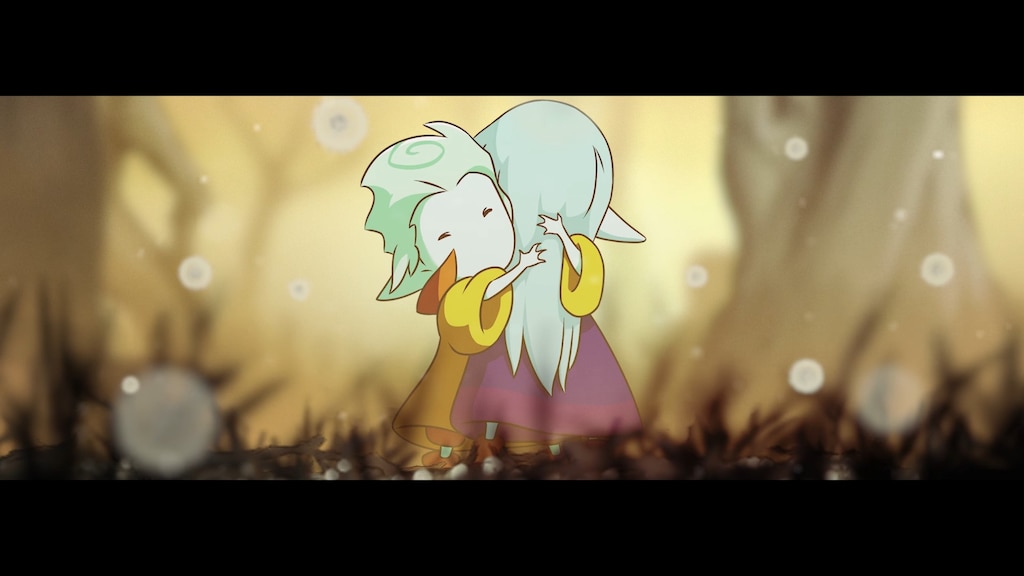 Greak's Personal Achievement Guide
A complete guide to getting all the achievements in Greak: Memories of Azur with advice to spare. Contains a little bit of word play.

Nothing rhymes with nothing
View all guides
Screenshot 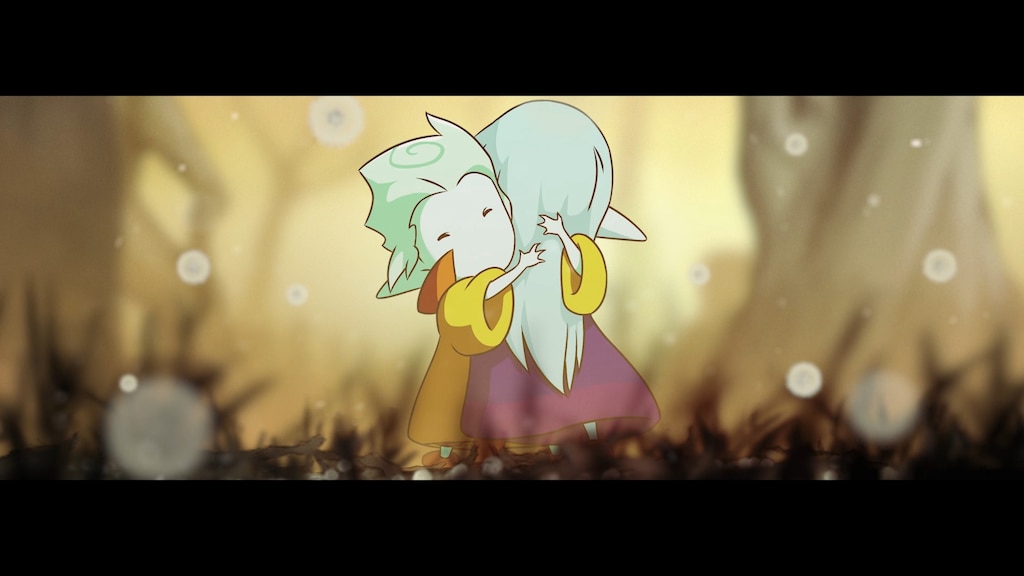 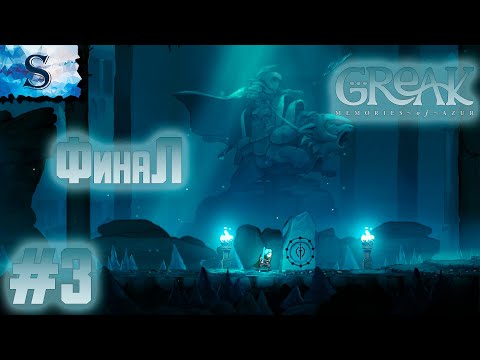 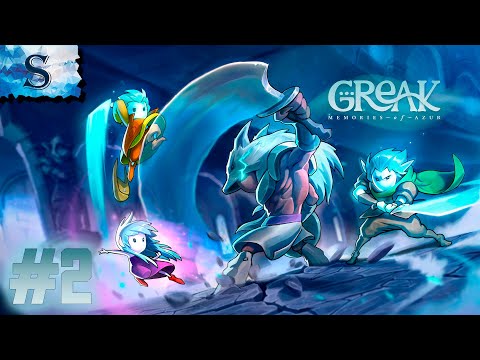 Not Recommended
10.8 hrs on record
I'm very sad to give a negative review as I really wanted to love the game especially for the artstyle.
Unfortunately when I play a video game, I have to PLAY the game which is Greak's biggest weakness.
Combat:
You'd think a game with two sword fighters and a mage as main characters would mean that you'd have a game with a decent combat system but unfortunately that's not the case.
In fact if the game only had platforming and puzzles I don't think I'd post a negative review.
-Health: Greak (the small boy) and his sister only have 4 health at maximum meaning you have a very small room for error as taking a hit by a monster and hitting a hazard will take 2 HPs litteraly halving your health.
You also have almost no invincibility frame (time when you can't take damage after being hit) meaning you can get easily mauled by multiple monsters very quickly.

Not to mention that once you get multiple characters, if they get hit even when you don't control them, they still lose health (can be turned off but I played with the default options to play as the develloper intended) meaning you could be trying to solve a puzzle and your other characters get hit by an enemy that respawned.

Now some might argue that you could always try to kite the enemy (hit and run) which would indeed be nice if Greak didn't have a shorter range than the basic enemy you encounter who by the way has 6 health and you only deal 2 damage per hit meaning you need to hit them 3 times with your basic attack.
Basic attack which puts you in range of the enemy every time you use it due to short range.

And sure, you learn some new fighting techniques which technically deal more damage but ultimately are all useless:
-Downward strike: Deals 4 damage which would be insane if you didn't have a heavy lag when landing rendering you incapable of acting (attacking or moving) and making you take a hit because again the basic enemies have 6 health and for some reason a 2 HP attack can stagger the enemy but not a 4 HP one.
Oh and you don't have the time when using a basic attack to jump and perform a downward strike.
-Upward strike: Same as the downward one except it launches you in the air and can combo with the basic attack so surely that would be a goo- oh yeah you don't have air dashes and the upward strike consumes your double jump meaning you are extremely vulnerable in the air after performing it.
Not to mention air enemies and ceiling hasards of course.
-Charged attack: Surely an attack that deals 5 damages and is on the ground can't be bad.
Except you have to charge a fair bit for again an attack that doesn't even one shot a basic enemy and while you're doing that, you have to keep your finger glued to the attack button and you of course have lag after performing it.

But hey you have a crossbow for long range damage right?
With extremely limited ammo and deals 3 damages even with the crossbow upgrade.
Extremely because the only vendor who sells ammo in the game sells you 20 ammo and that's it.
Meaning you can kill a grand total of 10 basic ennemies in a game where enemies respawn.
The rest you have to randomly drop on a few enemies.

The sister's magic deals 1 damage per attack, has almost no range, falls off instead of going in a straight line,
and she can attack 5 times if you don't wait for her magic to recharge also her charged attack deals 3 damages.

The big bro has better range yet almost the same damage output as Greak, no fighting techniques despite being the older brother and part of the rangers from whom Greak learns his techniques, has a hookshot (which also has almost no reach) that can drag enemies to you so you can nerf his bigger range by pulling enemies next to you instead of hitting them from afar.

There are healing collectibles and drops mind you but those are few and far between.
And even when you have healing items, those don't heal you instantly, you have to wait a few seconds to get your health back which will inevitably kill you when paired with the item system that I will explain later.
And that's if you use 'instantaneous' healing items because yes you have items that will heal you HP by HP with the same delay for every HP.

-Bosses:
With everything I've talked about so far, do you think an enemy with even more health that you have to fight in a stage with hazards while managing babysitting multiple characters is gonna be the highlight of the game?

Oh and by the way if ANY of your characters die it's an instant game over, go back to the last save deal.

Controls:
The game controls fairly properly for the platforming for Greak and his brother, however his sister doesn't have a second jump instead having a float ability like Peach in smash which would be fine if it didn't deplete her magic which she also uses in combat.

Once you get other characters in your party, you can either control them 1 by 1 or all together and it's as bad as it sounds.
It controls properly until you inevitably have one of your party members who gets stuck and you have to switch back to the 1 character who got stuck and pray that it wasn't the sister with the floaty jump because she has the worst platforming as she effectively jumps half as high as the others due to no double jump.

And that's if you're lucky and she landed on some actual land instead of falling in a pit or hitting a hazard as that will send her way back separating her even further from the group.
And of course some puzzles require all party members to participate meaning if even 1 gets left behind you have to redo the puzzle all over again.

Item management however is needlesly tiresome, first, you need to HOLD the inventory button and while holding it use the directional arrows to select the item and Press A to consume the item.
Some may think that it simplifies the flow of item usage which would be true IF THE TIME STOPPED.
Because yes, time does not stop while you are in the item menu, it only slows down, meaning if you are in trouble and need to heal, you'd better not be about to take a hit because you'll die before you can select the item you want to use.

And you can get interrupted from using the menu when thrown in the air by a platform or enemy hitting the ground (not you) which throws you in the air.

Oh and it's time to talk about the party management babysitting again!
Because it would be too easy to select which party member you want to heal with which item so instead you have to MANUALLY SWITCH to the character and open the menu WHILE THE GAME KEEPS PLAYING to heal wait until the game agrees to heal you while hoping you or your party members don't die.

Also, Remember the 'instant game over, go back to the last save deal'?
Yeah about that, you can only save at save stones which are very oddly spread meaning: 'You completed that puzzle and died WHILE GOING BACK TO THE SAVE STONE? Tough luck do it again.'

There's a reason why there's an achievement for finishing the game under 3 hours and I finished it in 10.

As for the story it's okay, I'm not asking for much as long as the game is fun to play which it unfortunatley wasn't despite trying real hard.

Oh and the soundtrack is okay but on the repetitive side and not exactly upbeat so I had to listen to some actual music during the final level.

Conclusion:
This game could've been great and has a lot of ideas that sound good on paper until you start playing.
The artstyle is the only thing that drew me to this game and I probably should've gotten the artbook instead of the game.
Neither the story nor the characters or gameplay kept me hooked on the game at all, in fact the moments I enjoyed the most were the puzzles which I couldn't talk about given how the puzzles keep being interrupted by enemies or traps.
If you liked this game that's great for you but it just didn't do it for me. 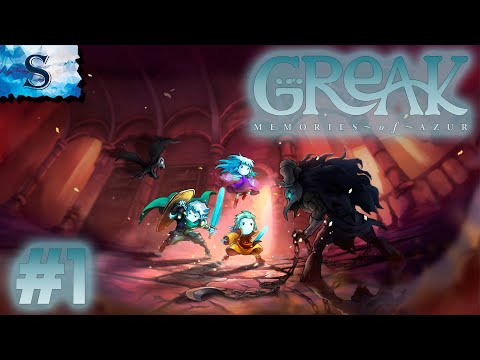 Helpful Tips
game had 0 english guides, so i thought i would write down some tips as i played it 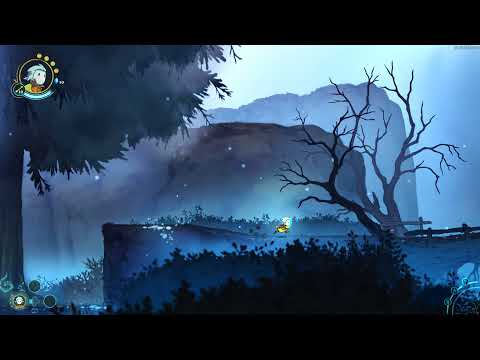 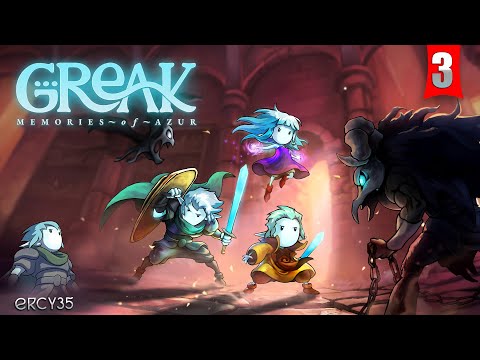 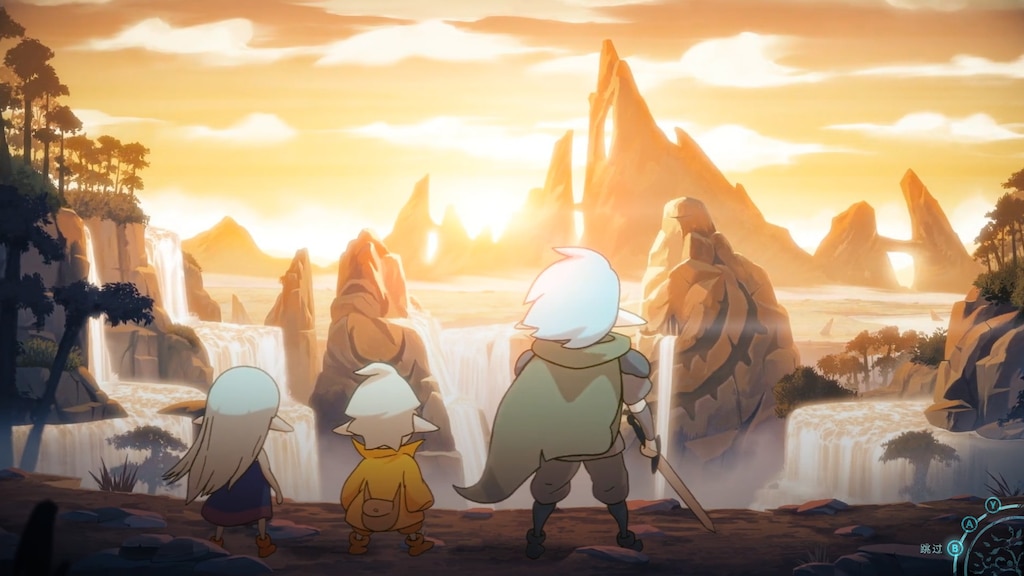 Recommended
14.4 hrs on record
this game is really fun and a game you should definitely play

Not Recommended
8.5 hrs on record
If you are looking for adv puzzle game, go play trine, don't waste your time here.

This game is average in almost everything, and very bad at character control wise.

Game is very short, it is ok to play but not worth buying full prize.

shark2003
Aug 25, 2021 @ 12:23am
Report A Problem
the game does not work for me in windows 7
hello good afternoon I tried to make the game work in windows 7 and it does not work I am trying to try the demo to buy. Please I'm not a millionaire, don't send me a message to do it in windows 10 because I won't if you reply with a message like that.
19

josebraund
Jan 30 @ 2:11pm
Report A Problem
Can't open quest/shop dialog
The game opens and closes it instantly after I push A button. I use Hori Horipad mini gamepad (PS4) with Steam input enabled. Though I can get into the shop if I push Enter on the keyboard instead.
16

Schmalhausen
Aug 27, 2021 @ 4:59pm
Report A Problem
Can anyone suggest games that are very similar to this?🤔
Hi, as I absolutely "L💖ved" Greak MoA. And until the sequel... Any suggestions welcome. Not really 8bit, pixelated, more hand drawn. 2D, or 2.5D. And if possible story related like this one. I have All of the Trines. Both ORI's Thanks. 💎
3