STAR WARS™: The Old Republic™ is a free-to-play MMORPG that puts you at the center of your own story-driven saga. Play as a Jedi, Sith, Bounty Hunter, or one of many other iconic STAR WARS roles in the galaxy far, far away over three thousand years before the classic films.
Visit the Store Page
Most popular community and official content for the past week.  (?)
Game Update 7.0.2a
May 5

Story Flowchart
This is the order to do the story in, if you want a complete experience. Current as of 7.0
366 ratings

Recommended
850.4 hrs on record
Before I played STAR WARS™: The Old Republic i had a small pp, no girlfriend no friends and no will to live. None of these things have changed, but the game is pretty good.

Not Recommended
511.5 hrs on record
Have several thousand hours in this game (pre-steam), stretched across many years. I'm sorry to say that after the latest updates, I can't recommend this game to anyone looking to play it long term. Legacy of the Sith aka 7.0 is a low-effort "expansion", that is a step backwards in every single way compared to its previous 6.0 Onslaught that stood strong for 2 years. The game needed an update, instead it got...7.0, here are the highlights:


This is of course on top of the existing actual problems that Bioware did not address one bit, such as:

In conclusion? If you're a new player and at all a star wars fan, I still say, by all means, come in, sub a month or two, enjoy all the voice-acted stories and such, the game's main claim to fame. To veterans and would-be return players, there's nothing in it unless you like re-doing everything you've done before for the past few years. 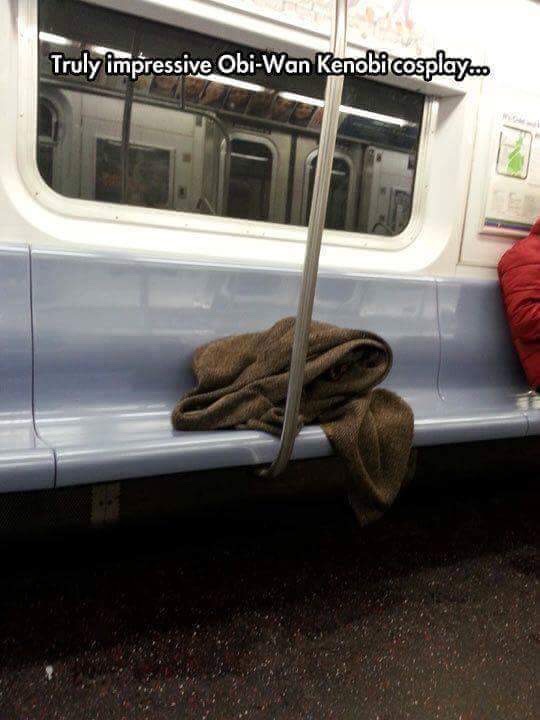 BallsToYouMyGoodSir
View artwork
Celebrate May the 4th in The Old Republic
May 2
In honor of Star Wars™ Day, and to show our appreciation for all of our players in a galaxy far, far away, we're giving away the orange P1-XL droid! This droid's boxy chassis and high-visibility paint ensures that you'll never lose sight of him as he follows along in your many adventures!

Simply log in to Star Wars: The Old Republic anytime between May 3rd and May 10th and your very own mini-pet will be waiting for you in your in-game mailbox. 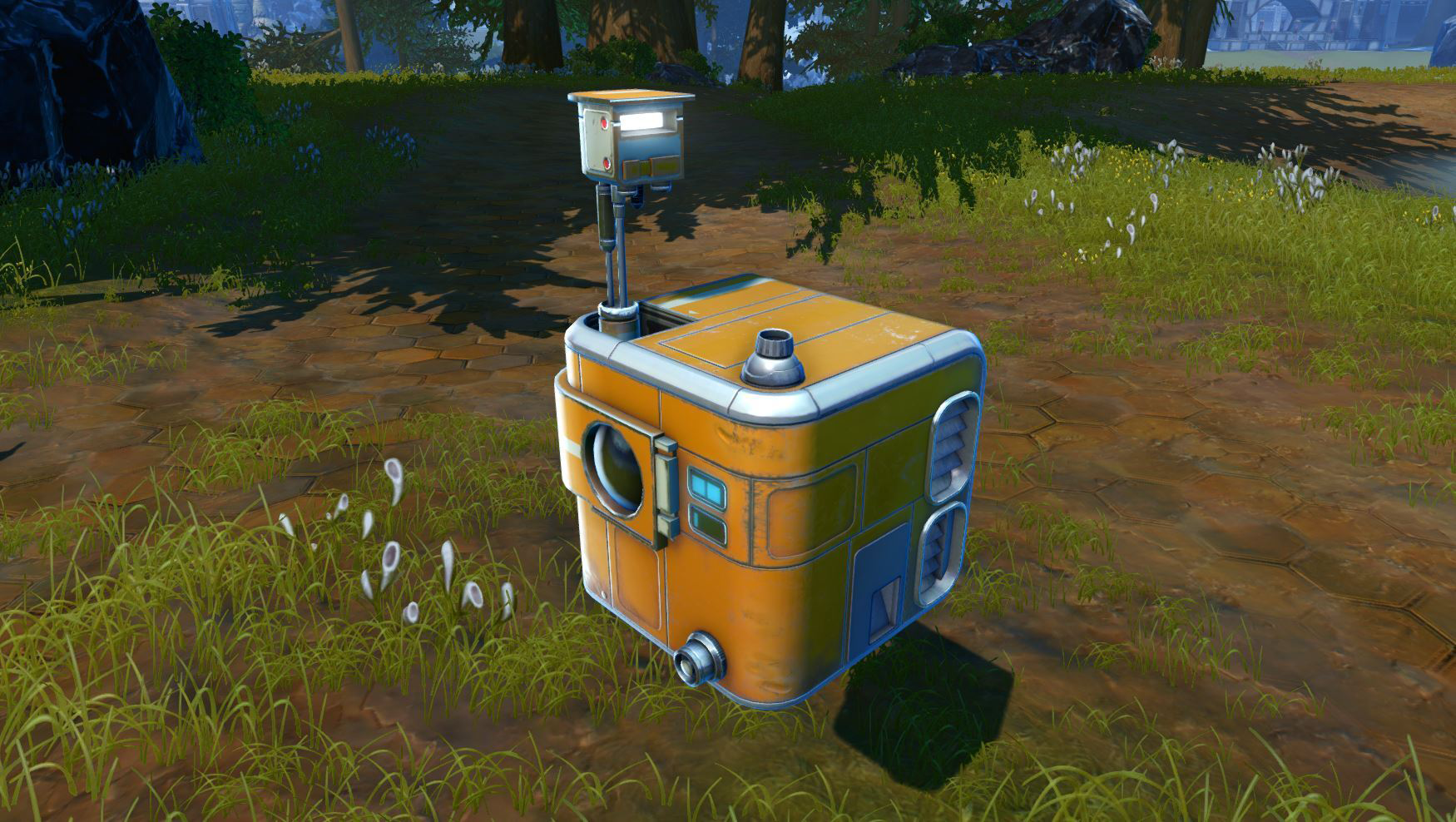 In addition to your P1-XL minipet, players will also receive two additional benefits. First, we will be running a 50% off collection unlock sale alongside the Double XP event! Both of these will run for the same duration as the minipet login promotion.

Join us in celebrating May the 4th and as always, May the Force™ Be with You. 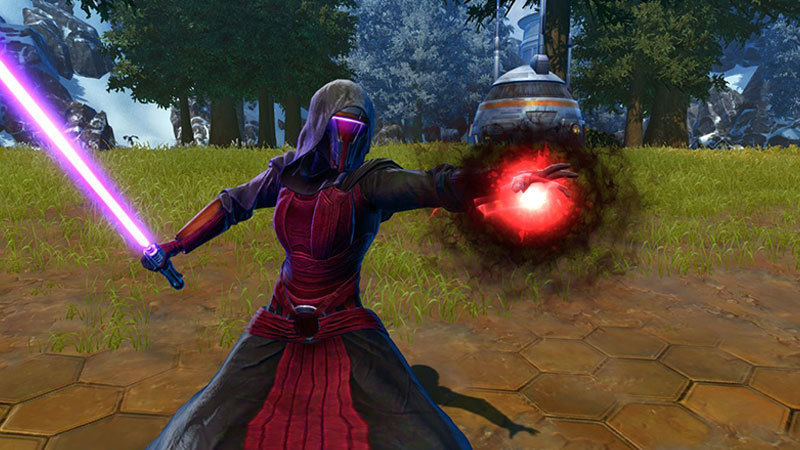 Starting May 3rd and lasting until May 10th, there will be a Double XP event! Enjoy a full week of Double XP, Valor, and more. 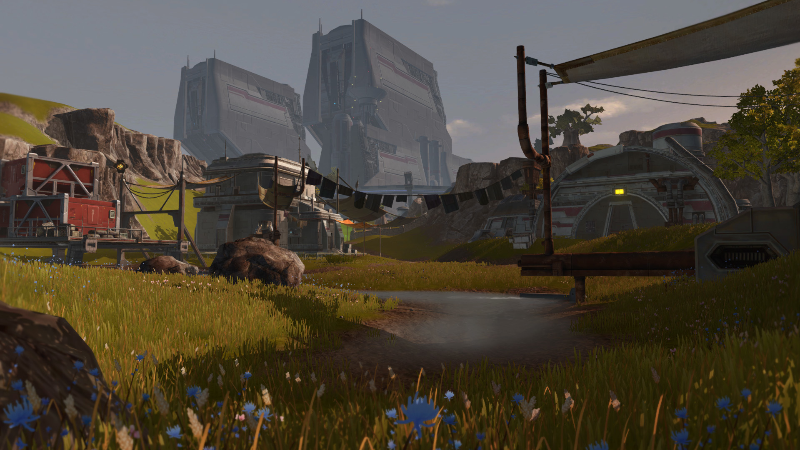 The remote planet Dantooine has been thrust into the center of escalating hostilities between the Galactic Republic and the Sith Empire. Spurred on in secret by covert Imperial forces, the Nova Blade pirates have staged an all-out attack on the pastoral Republic world. As the Republic scrambles to defend this key territory at the edge of Imperial space, the Empire plans to capitalize on the chaos and deal a major blow to the longtime Republic bastion. 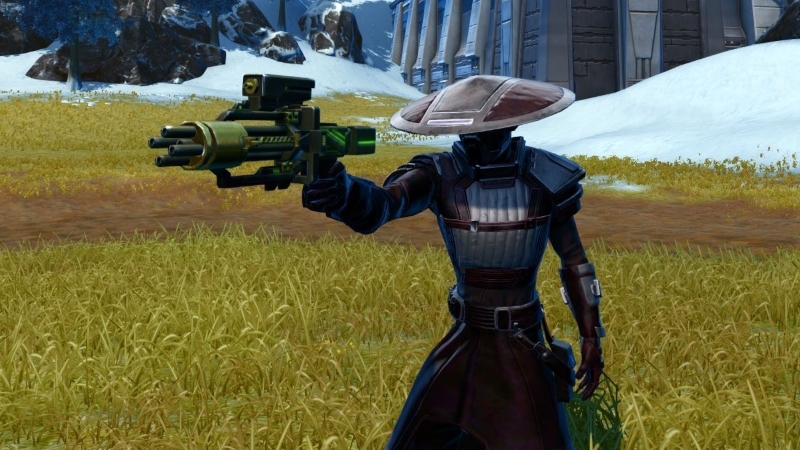 For a limited time, the Bounty Brokers Association has opened its doors to anyone willing to take on their dangerous contracts, offering an opportunity for both seasoned and rookie hunters to prove their skills and bring crime syndicates and violent gangs to justice!

Each day, you can sign up for one standard Henchman contract and one high profile Kingpin Contract, and each may take you to a separate planet. Complete five standard contracts to unlock Kingpin missions with bigger loot! Head to the fleet now, invite your friends and visit representatives of the Association to get started on your contracts! 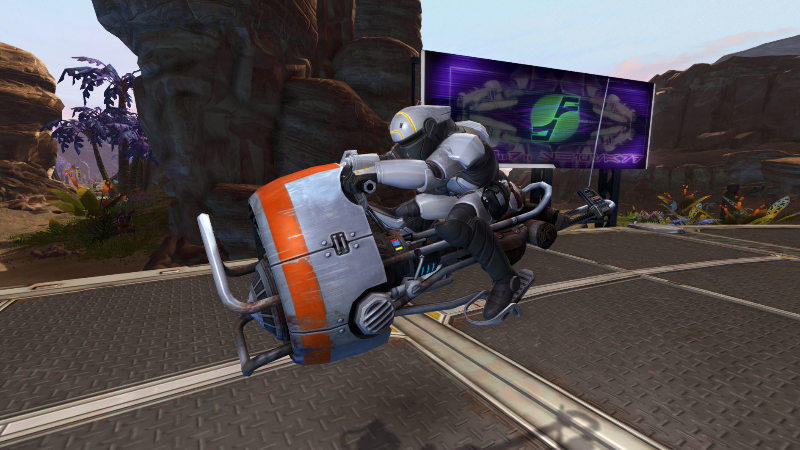 In the growing shadow of war, swoop fans across the galaxy descend on Dantooine, Tatooine, and even Onderon for the sport’s biggest spectacle—The All Worlds Ultimate Swoop Rally! They’re packing the stands, eager to take their minds off their troubles and cheer their favorite swoop gangs. The bikers are here to take on dangerous challenge courses, show off their piloting skills, and flaunt their souped-up swoop bikes. The thunder of the engines, the deafening applause from the fans, the wind battering their helmets… there’s no bigger rush for these thrill seekers.

Despite their reputation as wild rebels whose makeshift courses disregard local districting restrictions, swoop gangs aren’t a serious threat to anyone--something all true swoop fans know! They just love adrenaline-pounding speed, sweet jumps, and big explosions, and the All Worlds Ultimate Swoop Rally combines all three in one crowd-pleasing package. The biggest gangs on the circuit — Horizon’s Razor, the Pit Screamers, and the Blatant Beks — are ready to show their fans a great time. 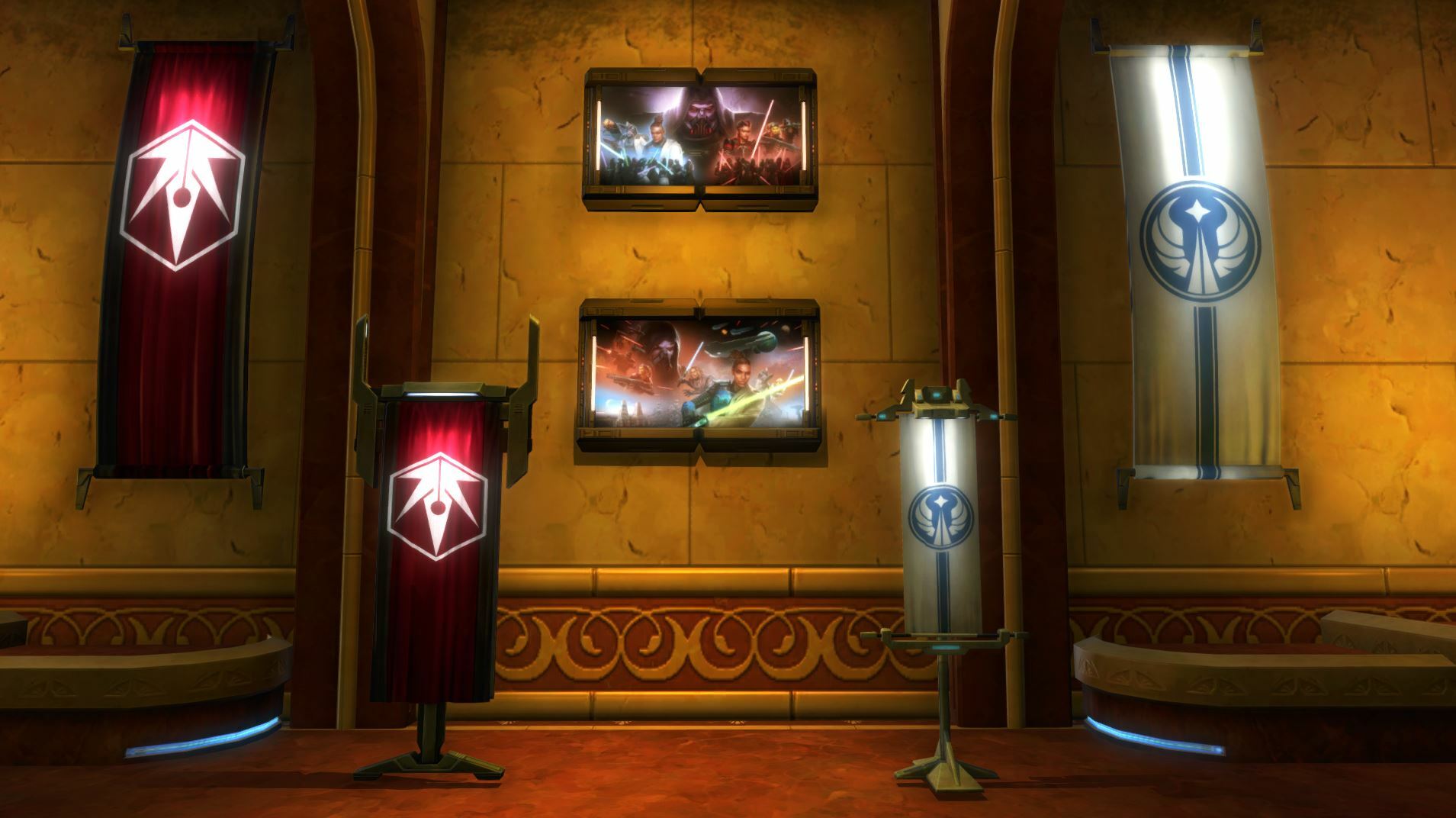 We are happy to celebrate out 10th anniversary on December 20th! With this being a huge milestone, we are going to celebrate the anniversary all year long! To mark this occasion, a special “Anniversary Personnel” vendor can be found on the fleet with new Class Ship Stronghold Decorations. All previous anniversary rewards will also be available during this limited time as well. 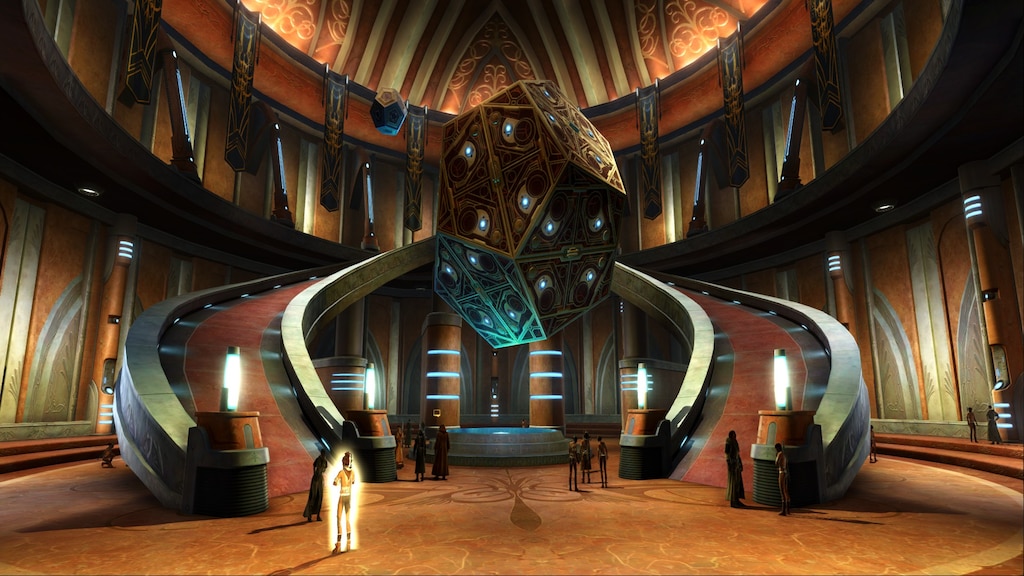 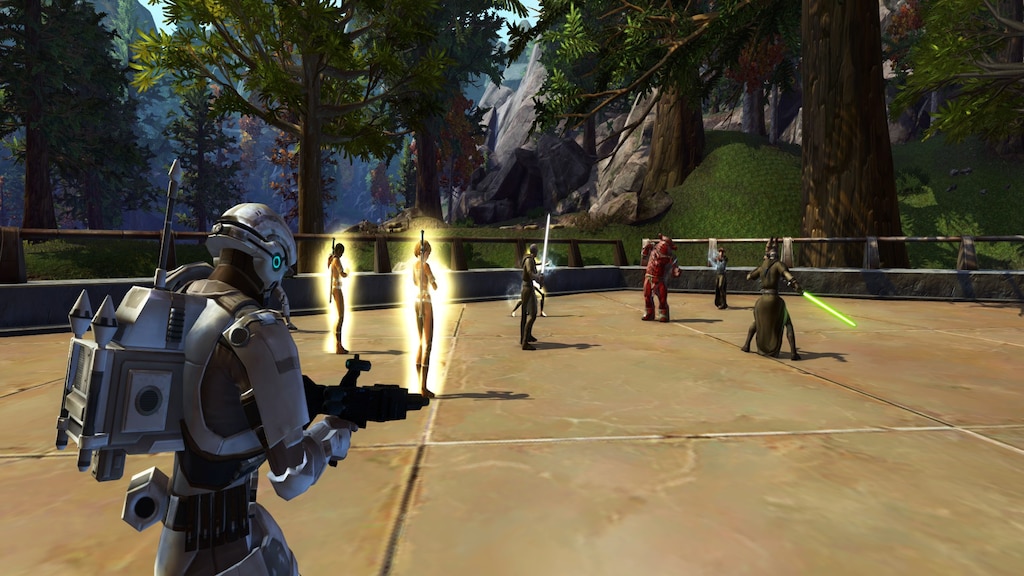 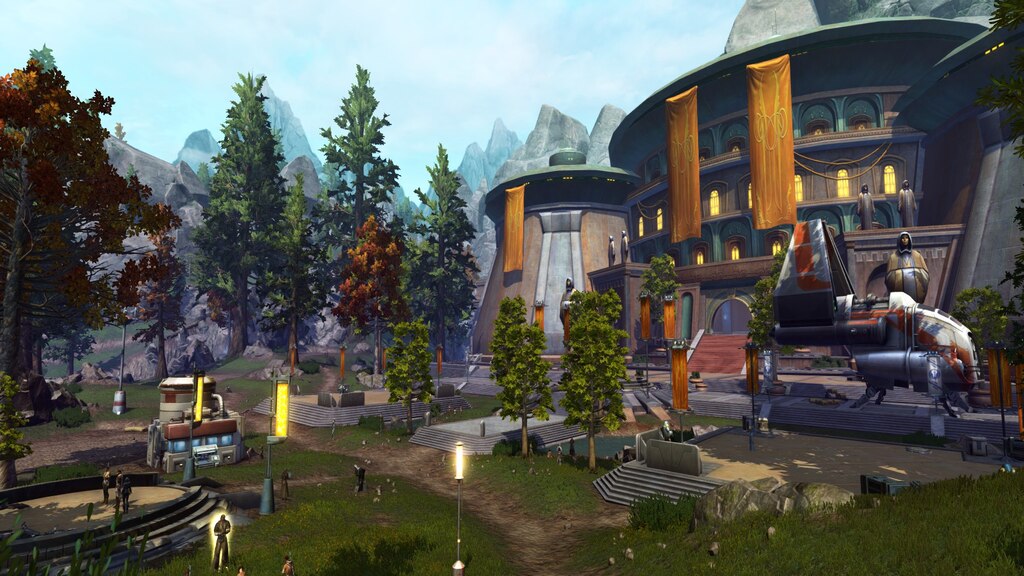 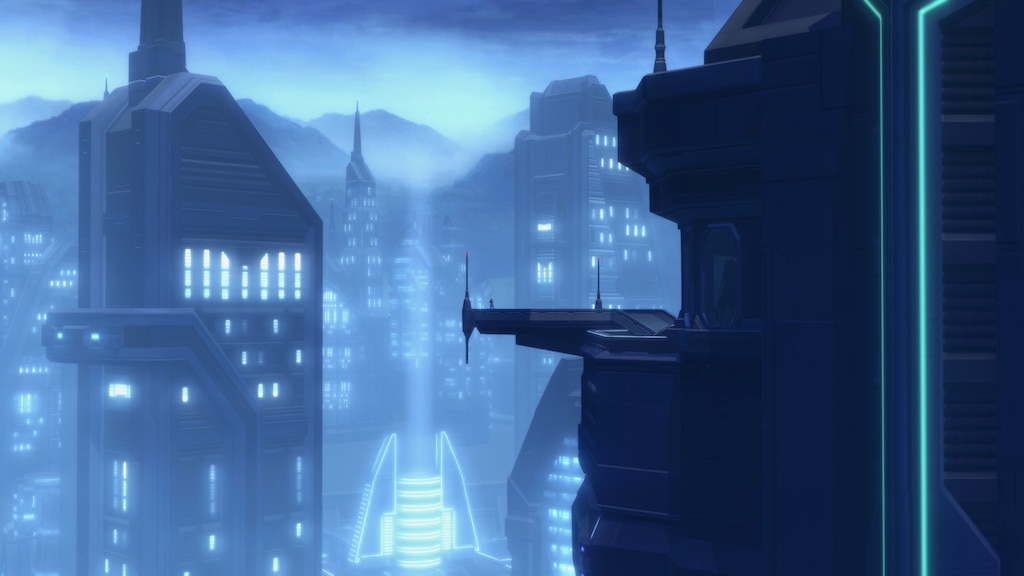 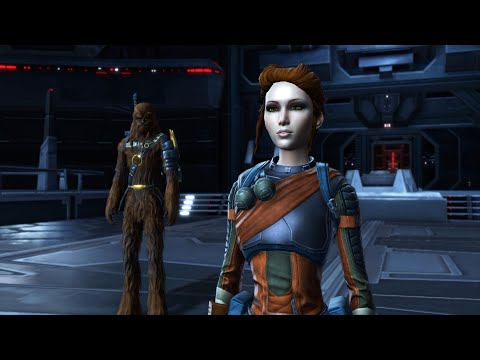 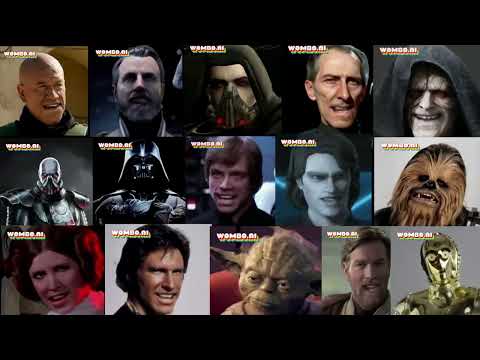 Recommended
34.1 hrs on record
Product received for free
It's a fun but Grindy game. It's definitely targeted towards those who like RPG games and Star Wars, so I'd recommend it to those who like both of those. 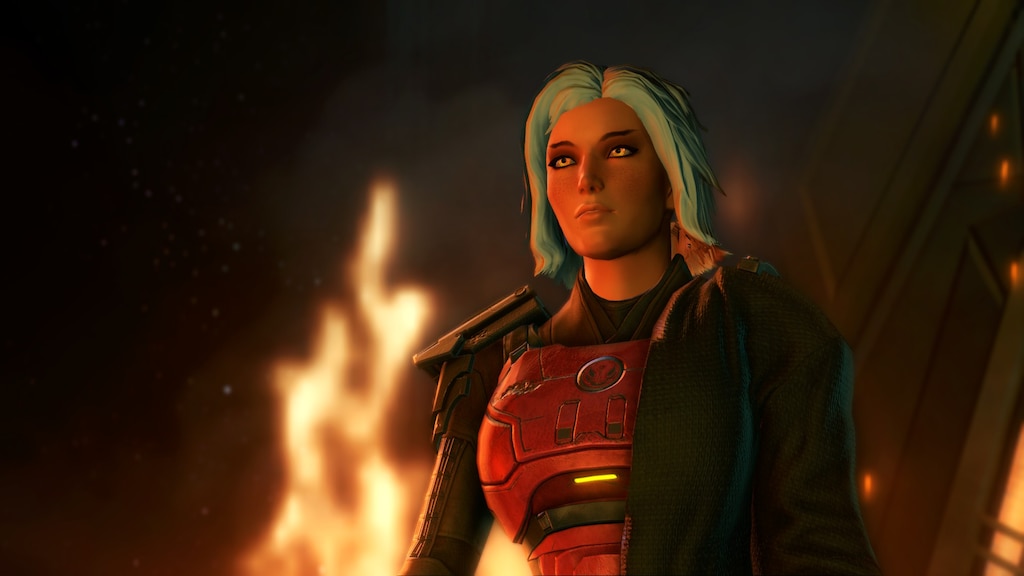 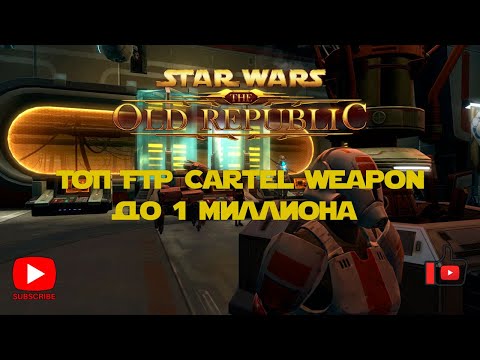 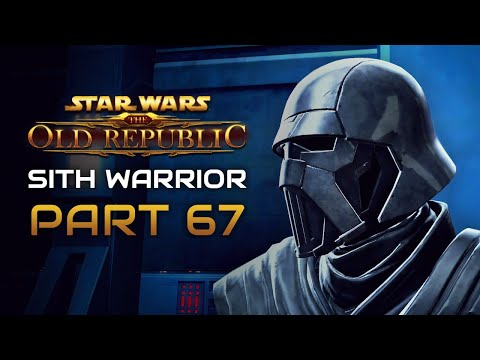 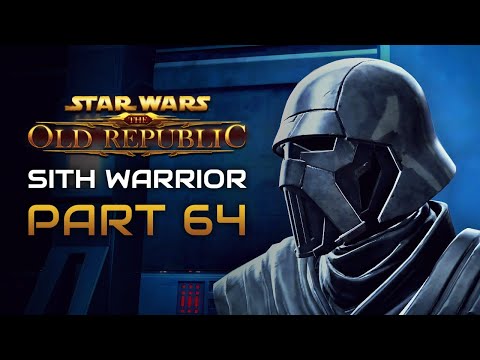 Dan
View videos
Assassin combat?
What's the combat on assassin like? I like the way Juggernaut and Guardian have a nice flow to their combat while leveling. Is assassin the same or is it more rigid, like with sorcerer?
3

Artrysa
52 minutes ago
General Discussions
HK47 is a nightmare in The Foundry
Pretty much what the title says. Started the game recently and I'm running a lvl 34 juggernaut, and my companion is Vetta at lvl 15 influence set to Heal. I'm playing at an awful 300-400ms (best server) so I'm only really playing the game for the story. And I've run into a wall where it takes my best effort to remove the locks in time to prevent getting mowed down by HK-47's slaughter mode. But even if I do that I'm unable to do anything about the adds that kill my companion and then I'm next. And all thi...
9

archnemesisz
1 hour ago
General Discussions
This worth playing atm
Need a new mmo to play, Whats the population like?
12