Explore a ruined open world of caverns and settlements. Hack and slash your way through missions: patrol, repair, scavenge - choose your quests and dialogue. Or go fishing, forage mushrooms, and race the clock! The old world is gone - the future is up to you.
Visit the Store Page
Most popular community and official content for the past week.  (?)
Rounding Up - December Kandria Update
Dec 5
This is a shorter update, as this month was primarily spent on translation and bugfixing, neither of which we can really tell you much about. If you missed last month's though, please be aware that the game will release on January 11th[reader.tymoon.eu]!
Various Things
The translation is going slow, as I'm doing it myself and am not used to a good workflow for that. I expect I'll get the hang of it yet though and I've already made pretty significant progress on it.

Other than that, the achievement icons are done, thanks to Blob! I'm really happy with how they turned out, and it's nice to have some of his high-res art associated with the game.

Finally, I took two days to develop a new webservice for key distribution, which will allow you to buy the game DRM-free directly on our website once it releases. This will also ensure that 95% of your money goes to us, rather than the 70% we get on Steam.

The Soundtrack is also now fully mastered and done, and is ready to be released at the same time as the game, which is 1500 CET, January 11th. Those that backed us via Kickstarter can expect to get their keys sometime early January, though the game won't unlock until the official release date.
Roadmap
Since last month[reader.tymoon.eu] things have not changed drastically, though the game is now "done" as far as the English version is concerned. Most of the remaining time until release in January will be spent on very niche bugfixes and the German translation.
Well then until that fateful day, 11th of January, please continue to share the steam page[kandria.com] with your friends and other communities! We really need all the help we can get leading up to release.

Please also look forward to a yearly roundup at the end of the month, and until then I hope you have a great holiday season!

Kandria
9
1
Visual Errors
For some reason, the game is not displaying for me. The screen is just black with some dark vertical lines, except tool tips still appear. I posted a screenshot, so hopefully that uploaded OK. Not sure why, and would love if there was some kind of fix for this. Much obliged!...
6

Release Date: 11th of January!
Alright, I'm happy to announce that we got a final release date for Kandria, which is as the title says, **Wednesday, 11th of January 2023**! To celebrate the release date announcement, and the large amounts of progress we've made polishing the game, please enjoy this brand new trailer as well:

Shevalin Single
The full soundtrack of the game (which is excellent, by the way!) will be released together with the game in January. However, you can enjoy a single from the soundtrack right now:

This is Shevalin, the ending credits song, composed by our very talented Mikel Dale, and sung by the incredible Julie Elven. I hope you enjoy it!

User Feedback
Currently we're still polishing everything we can find and responding to user feedback. One of the most prominent things we noticed watching people play was that they were confused by the locked doors in the first region of the game. So hey, we finally added crashable doors:

If you're part of the beta programme, please give the game a try! We still have some time to include more changes if you have any suggestions.

Development
Okey, last month[reader.tymoon.eu] we got a new roadmap, so let's look at that now:


Alright! Until the 11th of January finally hits, please continue to share the steam page[kandria.com] with your friends and other communities!

Kandria
14
6
Mapping the Road to Release - October Kandria Update
Oct 10
So, we've been in beta for over a month and gotten lots of useful feedback. Thanks a bunch! We'll continue to listen eagerly for feedback as we move towards the end of the development.

In case you missed the Kickstarter but would still like to support us ahead of the release in January, you can do so by preordering Kandria or its soundtrack[kandria.com] through Backerkit. Unlike Kickstarter, this also accepts PayPal, if you don't have access to a credit card. 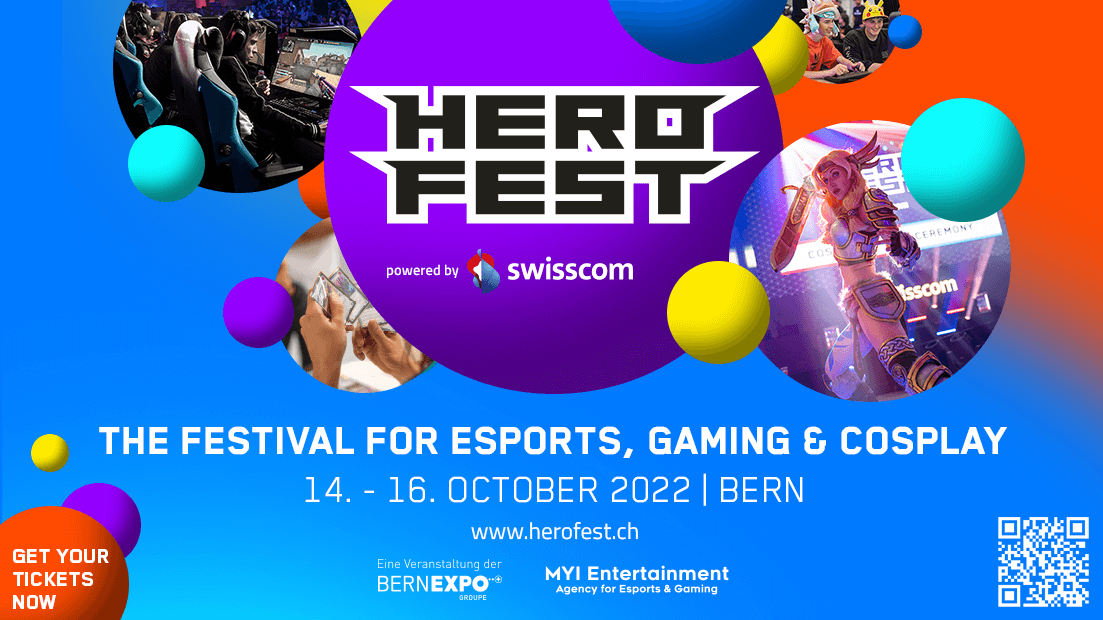 We'll be at the HeroFest in Bern, October 14-16! You'll be able to play the latest Kandria release there and chat about whatever. If you're in the area, please stop on by and check out the rest of the Swiss indie games presenting there as well.

Soundtrack
The release of the soundtrack has been delayed by a bit, as our composer got swamped with work, and we're still trying to hash out the complicated stuff behind royalties and all. However, a single of the soundtrack should be out soon. Please keep an ear out for that!

Steam Deck Support
Gaben finally delivered a Steam Deck to me, and I've tested Kandria on it. There were a couple of minor fixes to make it more usable, but now it seems to run flawlessly on the deck! Nice! 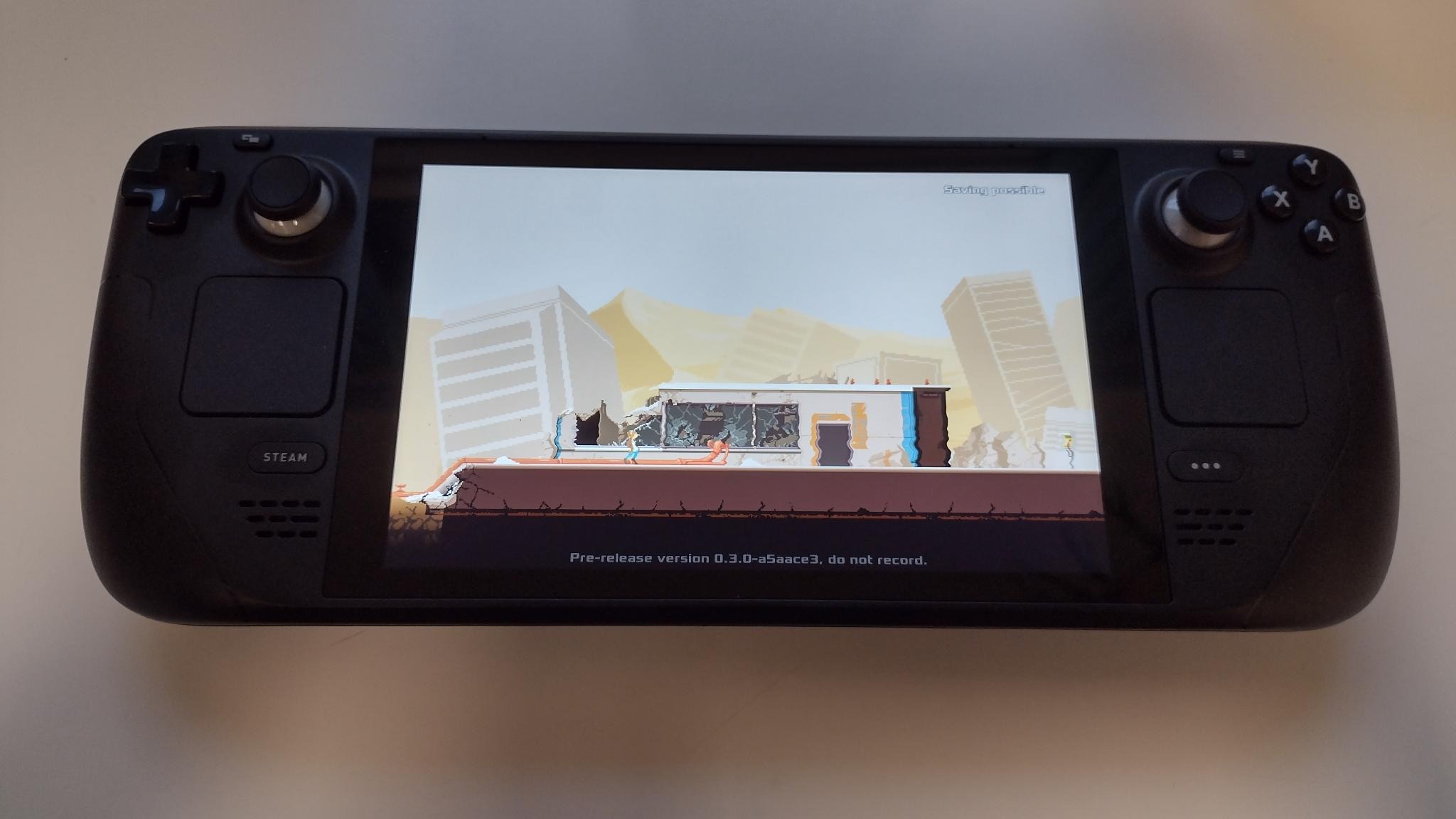 The Deck is a wonderful piece of tech, and I've been enjoying playing other games on it as well. While I still would like for Kandria to run on the Switch as well, this is the next best thing for now.

Development
We're still rounding out the last bits of polish and bugs, and focusing on playing through the game more to ensure the balance and progression also work well. Development of the core game will officially end at the end of November, after which focus will shift towards adding the stretch goals we promised during the Kickstarter, preparing promotional materials, and so on.

To that end, here's a new rough roadmap of all the stuff left to do including post-release updates:
We're also planning some cool events to celebrate the three big release milestones, though more info about that as we actually get closer to them.

For now, please continue to share the steam page[kandria.com] with friends and other groups. It would help a lot to ensure that we can continue to make games in the future!
[/url]

Kandria
8
2
A Few Issues
Just wanted to highlight a few issues I ran into that can hopefully help. Playing with controller felt a little off. The button inputs weren't always precise, which was quite a pain given the precise nature of the platforming, though it might have been the graphical issues. The game ran rather poorly for me, though I had graphical issues right from the start, so I suppose that's not too surprising. Choppy frame rate and some stuttering. It's possible this was an issue on my end. There was also a minor is...
5

Evagorn
Oct 26 @ 7:08am
General Discussions
Platforming in demo
To start with, I want to say that I LOVE what you're going for with this game. A fully open world without any arbitrary gating is exactly what I'm looking for more of, and not enough 2D games have that kind of design philosophy. The world also seems really interesting and I'm keen to explore more of it! The main thing holding the experience back for me at the moment, though, is the platforming controls. It's clear Celeste was an inspiration, but the controls in Celeste are simply tighter and more accurate...
11

Evereon
Jun 23 @ 9:10pm
General Discussions
Demo gameplay with feedback
Played the Demo and i liked what i saw but there is some other stuff that can be improved for the Full Release. Feedback: 1- Combat: you should be able to combine Light attack into Heavy attack to get some combos. 2- Put names of places on the map for the players know where they are 3- More optimization and graphical settings 4- The "Semi" door where we need to use keycard put a dialogue that the door opened because i thought it didnt and was lost to where to go. https://www.youtube.com/watch?v=C1iCMf...
15

rafaaa
Jun 21 @ 9:58am
General Discussions
Engine?
Hi, Which engine/framework(s) did you use to make this game? Cheers.
4