Ride and fight into a deadly, post pandemic America. Play as Deacon St. John, a drifter and bounty hunter who rides the broken road, fighting to survive while searching for a reason to live in this open-world action-adventure game.
$49.99
Visit the Store Page
Most popular community and official content for the past week.  (?)
Days Gone is Steam Deck Verified!
May 11

Days Gone - 100% Achievement Guide
A simple guide to get you through all of the games achievements. This includes video links as well as tips and tricks to help you reach your 100% completion goal by just following the guide along.
312 ratings 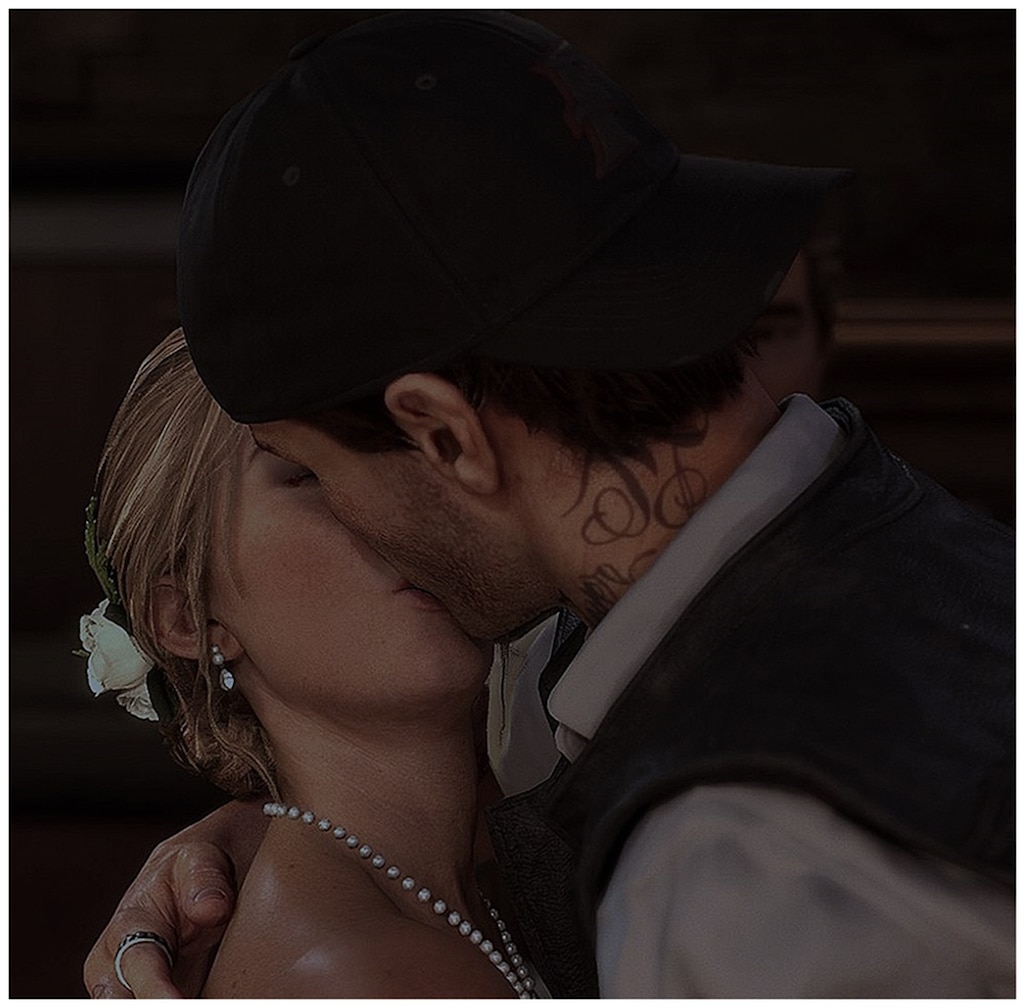 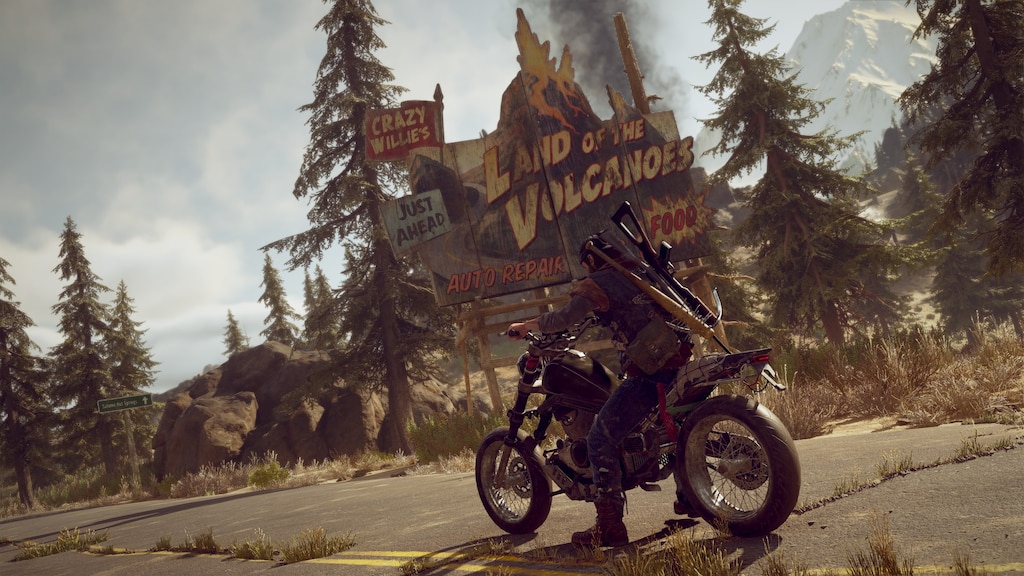 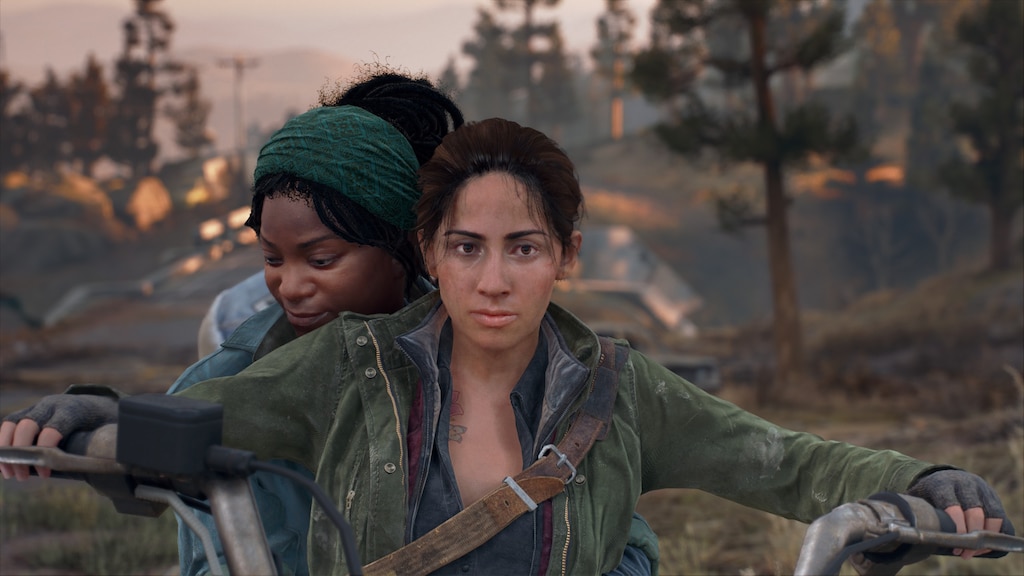 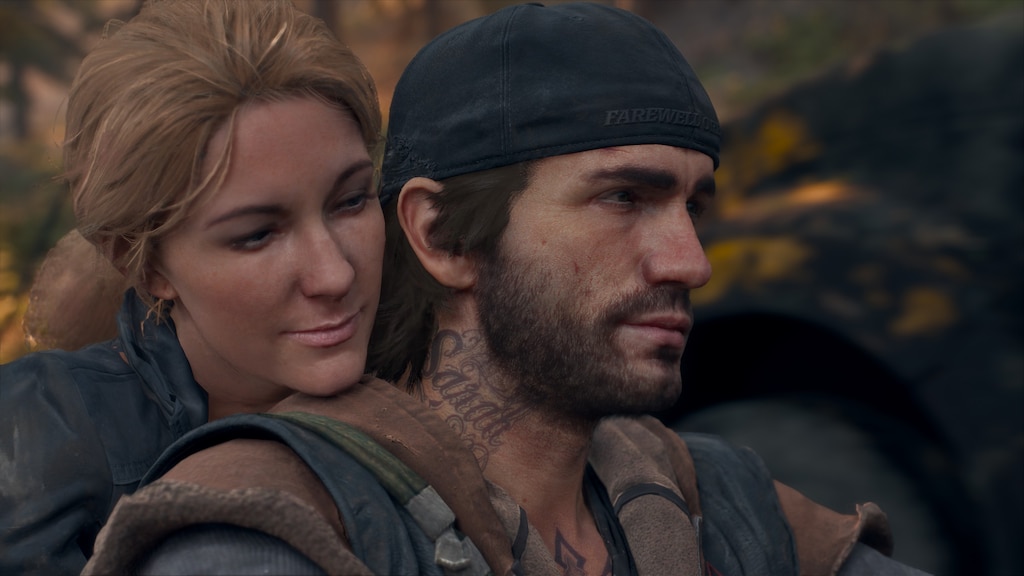 New Game+ Survival II last mission save file
Hello there, how are you? You finished Days Gone with all collectibles and activities but these are still not enough to get all achivements ? Oh you are right, there are New Game+ achivements :( Don't worry I feel your pain and I did something for it. I f...
55 ratings

Recommended
59.6 hrs on record
Days Gone
Days Gone is an open-world action-adventure game that is set in a post pandemic America.

The player controls Deacon St. John – a biker that is trying to survive in this post pandemic world. After Deacon and Boozer get out of some trouble, Deacon makes a discovery that re-ignites his hope of finding his wife, that he put on a NERO rescue helicopter roughly two years ago.

While trying to find more information about his wife, Deacon helps camps to survive and does jobs for them which lead him back to old friends but also lets him discover some things he thought he let in the past.

Days Gone is one of those games that start quite slow but get better over time – I was fully aware of that when I started playing and appreciated that I had to think about committing to some fights against freaks or humans and to juggle some resources that are somewhat crucial throughout the entire game.

This game has an interesting take on the whole zombie virus thing that we have seen a bunch of times already and makes those zombies, or freaks, more interesting and more dangerous as soon as they form to a horde. The game mostly uses its storyline system and dialogue to give the player important information and bits of lore about groups, the past as well as freaks.

Throughout the game the player will follow multiple storylines that guide them through the game. There are main storylines and side storylines that the player can do whenever they want. Most of the side content just helps you to unlock better parts for your bike as well as better equipment and weapons – which is quite important. The main story, as the name implies, just pushes the player forward while giving the player enough time to do everything they want like exploring or fighting hordes, getting rid of ambush camps, hunt for collectibles and so on.

Earning trust in each camp can be a bit repetitive and the progress slows down a bit towards rank 3, which is the highest rank in each camp. Naturally you increase trust through main and side missions as well as through optional things like killing hordes, going after NERO checkpoints, clearing ambush camps and rescue people on the road. You can also sell stuff to merchants to increase trust with the camps.

Fighting freaks in general is not that big of a challenge, especially whenever you get better weapons and such, but fighting a horde can be quite challenging especially in the early stages of the game. One of the main features of Days Gone are the hordes of freaks and I think they did a pretty good job with that.

The story of Days Gone is pretty good. The only thing that kind of confused me at the beginning was the way it is being told, which is tied to the multiple storylines that get progress bit by bit until the end. I like the idea of that, it’s just a tiny bit confusing for the first hour or so.

Is Days Gone worth your time and money? Honestly it is.

Days Gone is more than a decent PC port and it offers a good story, believable characters, interesting lore and zombie hordes – so, what more do you want?

The game setting itself is unique enough to give it a try: Former biker that tries to find answers about his wife whereabouts while having its own struggles due own morals and constantly drifting around between camps that struggle to survive.

I would love to see a Days Gone 2 at some point.

“Do you know why we keep going? Because what the hell else are we gonna do?” - Deacon

If you found this review helpful, feel free to visit my curator page.

Recommended
53.0 hrs on record
Days Gone is an open world third person shooter set in a post-apocalyptic version of Oregon. Player character Deacon St. John and his friend William “Boozer” Gray, who both used to be members of a biker gang, do jobs for camps of survivors while trying to stay alive in a world overrun by mutants.

Gameplay
• The world is full of dangerous enemies, including several types of mutants, Human bandits, and wildlife such as wolves and bears.

• The most common type of mutant, known as swarmers, are similar to Left 4 Dead style rage zombies and will chase after you, trying to bite or claw you. While weak in small numbers, you’ll sometimes encounter hordes containing hundreds of swarmers which can tear you apart in seconds if they surround you.

• Other types of mutants include breakers, whose massive size gives them powerful attacks and lots of health, newts are small mutated children who try to ambush you inside buildings, and screamers can disorient you while summoning other nearby mutants.

• To have any chance of surviving you’ll need a lot of firepower. You can buy a variety of ranged weapons from friendly camps, including different types of pistols, shotguns, assault rifles, light machine guns, sniper rifles and crossbows. While exploring you can pick up melee weapons such as a baseball bat or fire axe, and you can collect components to craft different types of grenades and molotovs.

• You’ll need precise aim as headshots are usually an instant kill, but most bodyshots just stagger enemies briefly. To aid this you can activate a focus mode to slow down time for a few seconds.

• Use stealth to gain an advantage by hiding in bushes, throw rocks to distract enemies, and sneak up behind them to perform melee takedowns. The noise of regular gunfire will often attract nearby mutants, but you can equip silencers on most guns.

• Mutants and bandits will sometimes attack each other. There were a couple of occasions where bandits shooting at me drew a horde to their location, and after the mutants killed all the bandits I just had to wait for them to wander away so I could loot their camp.

• You can ride around the map on Deacon’s bike, and although you’ll need to scavenge fuel to keep it running, its useful to keep the bike nearby just in case you aggro a horde and need to make a fast escape. You can unlock various upgrades for the bike at friendly camps, including storage for extra ammo for your guns.

Story
• Overall the story is excellent, despite a confusing start. I felt like it was missing a proper introduction to the state of the world and who the characters are, but over time it improves significantly, and there are a few flashbacks later on which fill in some gaps about what happened before the world fell apart.

• Fans of the Sons of Anarchy TV show will enjoy the references to MC lifestyle.

Technical
• There are two settings in the options menu for the camera to follow the player and the bike. I recommend disabling both, because when enabled the game appeared to be stuttering slightly, and I think the camera was fighting my mouse movements. After turning both off, the game felt much smoother.

• I didn’t notice any other bugs, crashes or framerate issues.

• Controls are fully rebindable and work great with mouse and keyboard.

• Environment is much nicer to look at than most post apocalypse worlds. There are some ruined buildings, but also lots of trees, colourful plants, and some areas are covered in snow.

• It took me 53 hours to complete the main story and all side quests, which involve helping friendly survivor groups by burning mutant nests, clearing bandit camps, and hunting criminals.

Recommendation
Days Gone is an excellent game which most players should enjoy, whether you’re looking for exciting action or a good story. There’s enough content to give you value for money at full price or a small sale. 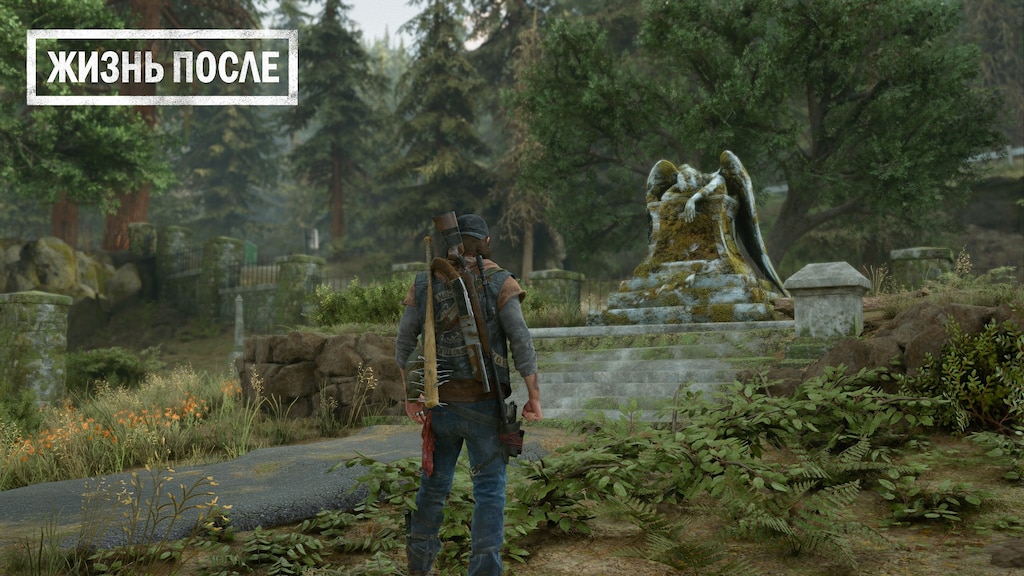 Not Recommended
16.3 hrs on record
The game itself is incredible I really enjoy the game itself but there is a major problem with the installer. This game has the typical Sony spyware and key-logger, in the name of stopping cheaters, the only thing is it's a single player only game and who cares if a single player cheats? they are only cheating themselves! Several years ago Sony put out music CD's with similar spyware and key-loggers the only thing is someone in Homeland security wanted to play their Sony CD in their computer and voila! Sony was caught! So here we are again, Sony filling computers with more of their malware, so if you don't have any security concerns than by all means install the game but consider yourself warned!!! On a side note there is a work-around where you can block the game from transmitting by blocking it through your firewall! 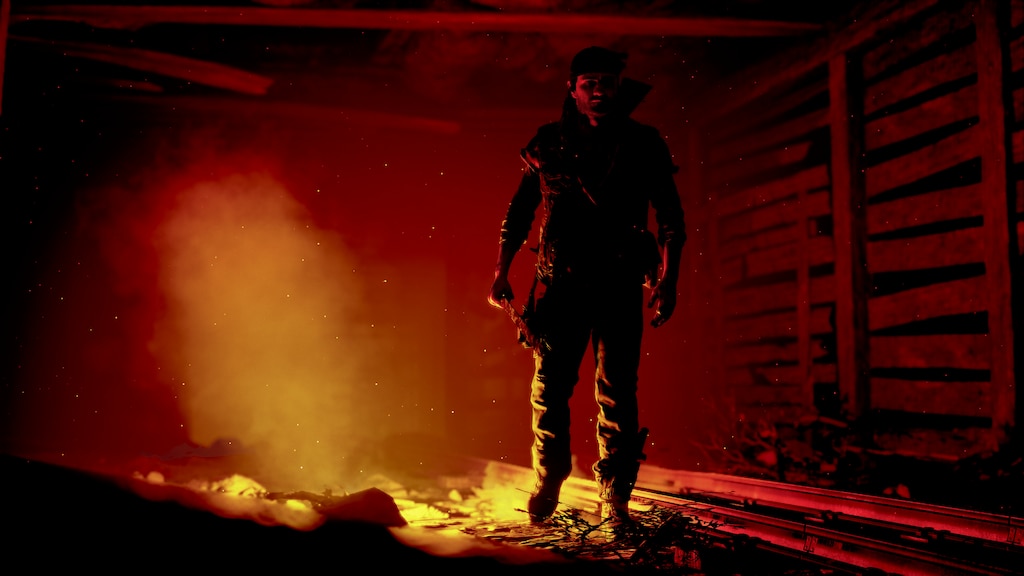 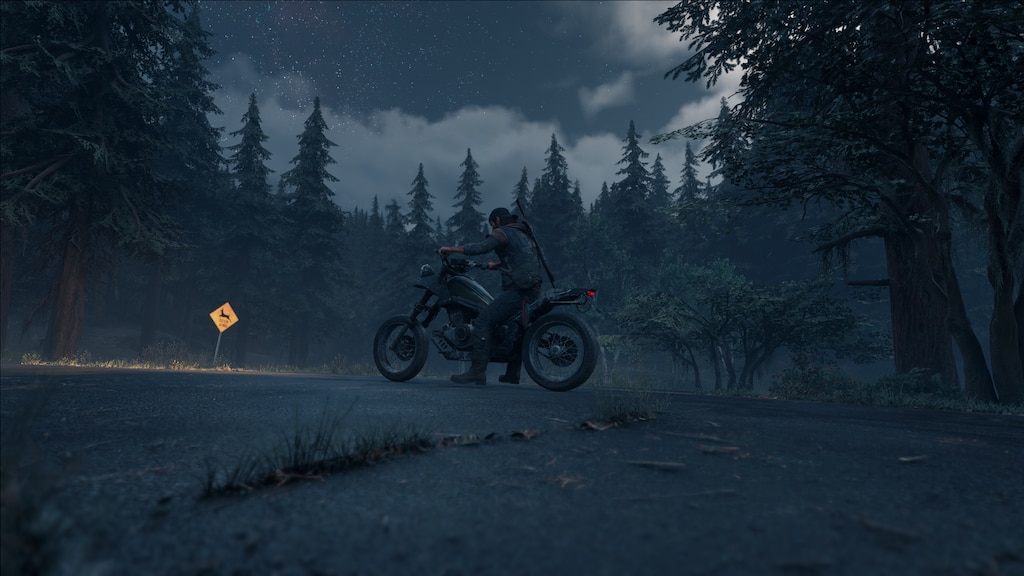 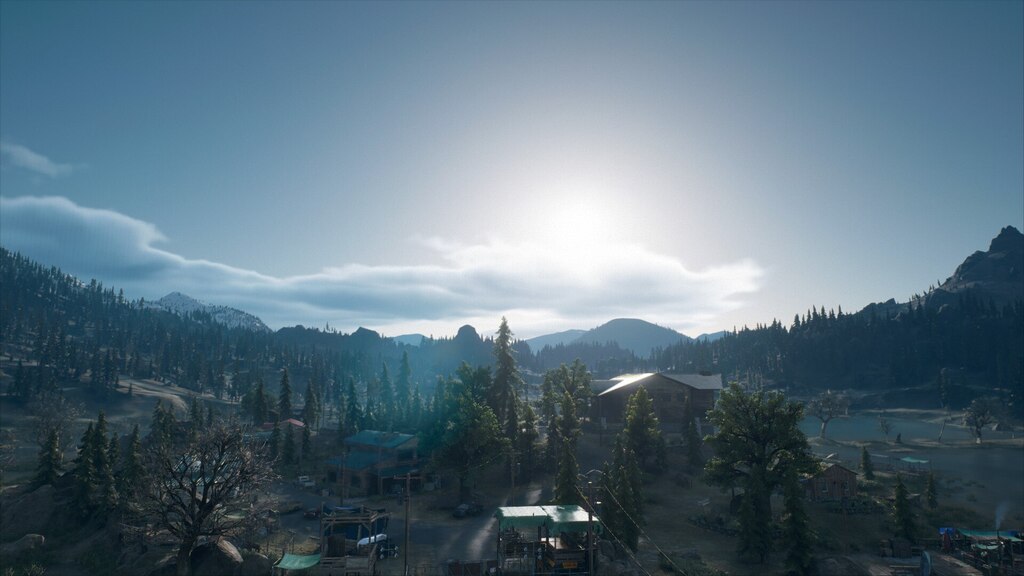 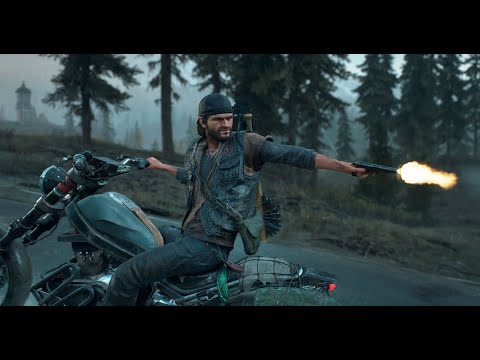 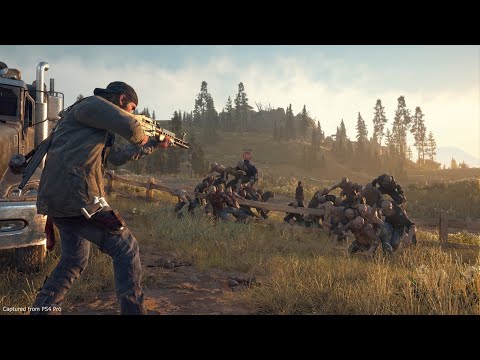 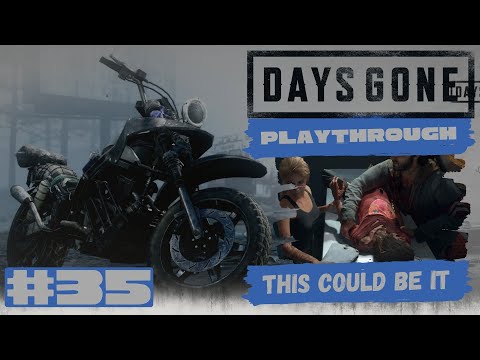 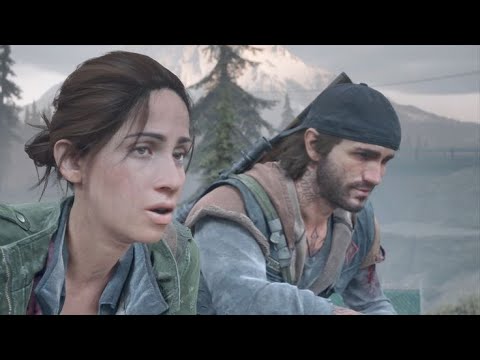 Silentrets
View videos
game worked fine till tuesday, now has horrendous stuttering and i cant figure out how to fix it
game worked fine till tuesday, then it and 7 days to die have been stuttery unplayable messes and i cant figure out what caused it or how to fix it. was there an update to this game or steam? and does anyone know what might be causing it?
18

Paradox
May 19 @ 7:02am
General Discussions
IT SUPPORT ENGLISH LANGUAGE AND AUDIO ??
IT is language support english and audio english can you tell me because in there notice IT ONLY SUPPORTED JAPNESS BECAUSE SELLER IN JAPAN PLEASE tell me it support english language and audio
10

BABAYAGAZZ
May 18 @ 11:37am
General Discussions
How is the Pc port considering this is an UE4 game?
Been thinking of getting the game however I have ps4 copy, so will probably get it in a discount as I have already paid 70 euros for this. But whats more important how is the PC port? Is it fine or have they ruined the PC port? I have a i9 9900 KS 64gb DDR4 ram and rtx 3080 Ti. I have never been able to finish the game on a console, since I was annoyed with the aiming with the gamepad, I was intrigued by the story but the gameplay wasnt as satisfying for me. Thank You...
19