DEATHLOOP is a next-gen FPS from Arkane Lyon, the award-winning studio behind Dishonored. In DEATHLOOP, two rival assassins are trapped in a mysterious timeloop on the island of Blackreef, doomed to repeat the same day for eternity.
$59.99
Visit the Store Page
Most popular community and official content for the past week.  (?)
DEATHLOOP Game Update 4 – GOLDENLOOP Update Patch Notes
Sep 20
Check out the full patch notes for the GOLDENLOOP Update, which includes a new weapon, a new power, new enemies, crossplay and more. Learn more about the GOLDENLOOP Update in our in-depth feature[bethesda.net].

- Added a new ability, Fugue Slab: Stun and confound your foes with this ability and it’s 4 upgrades
- Added a new weapon, HALPS Prototype: Use it to fry your enemies
- Added 2 new enemies: Face off against the armored Garbage Collector and the dangerous Paint Bombers
- Added an extended "Break the Loop" ending
- Added 4 upgrades to the Masquerade ability: Customize Julianna’s Masquerade Slab with new Trinkets while protecting the timeloop
- Added new Double Trinkets: Enhance yourself with 19 new two-in-one trinkets
- Added 11 new Trinkets and 4 new Weapon Perks
- Added a new explorable area to Karl’s Bay
- Added new player idle animations: Show off your mastery of weapons and slabs by doing nothing at all!

CROSSPLAY MATCHMAKING
- Added new cross-platform invasion option across PSN, Xbox, Steam, Epic, and the Microsoft Store environments. You can set your Cross-Platform Matchmaking to a setting of Any (all platforms) or Same (just your platform). You can also set your Cross-Platform Matchmaking controller also to Any (all controller types) or Same (just the one you are using)

GAME UPDATES / TWEAKS
- Refined “Hacker” and “Trinket Creator” side missions
- Refined rewards for several side missions
- Added more Trinkets to the loot pool (drops from enemies) and placed in some areas in levels
- Refined the Delivery Booth by adding a clear confirmation message and turning on the Delivery Booth screen so the status of orders can be checked immediately
- Added photos of the four HZN doors to the knowledge cards for “Julianna’s Lead: The Hunt”
- Moved throwable bottles away from health pickups
- Replaced art for the completion card for the Lead “Rise to Power: Infusion”
- Clarified Egor’s Visionary and Golden Loop marker in Updaam (evening) so they are consistent with Wenjie’s in Updaam (evening) and with Egor’s in The Complex (evening)
- Added a new Battery Station at near Aleksis' mansion in Updaam. Find it behind the statue, near the cliff
- Tweaked some Accessibility options: Renamed “Combat Difficulty” to “Loop Stress”, removed “Lock Loop Stress” and added “Loot Quality”
- Made miscellaneous improvements to text localization

DEATHLOOP
1,567
146
My god.
I came in with no real expectations. I absolutely love this game. The Dishonored core gameplay, the added gun mechanics, the ambiance, the music, the lore. The multiplayer is just so much fun as well. Good job Arkane. Been a long time since i got this excited about a new game....
11 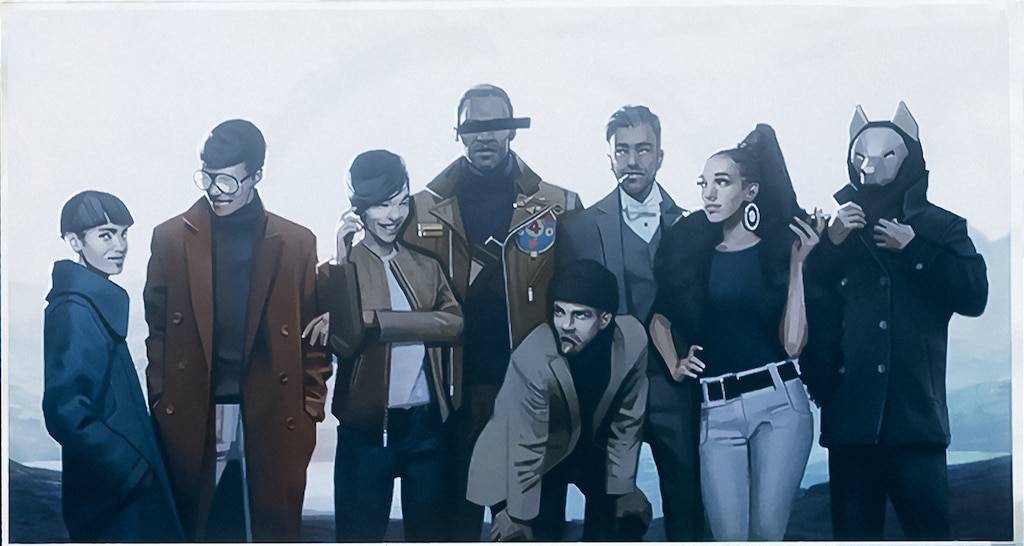 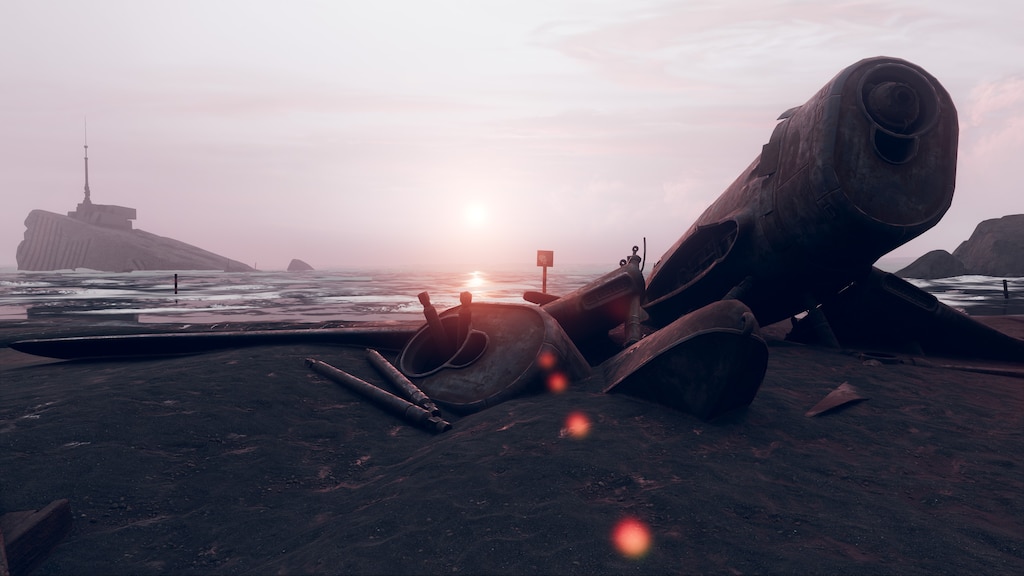 Recommended
63.0 hrs on record
TL;DR it’s a good game, try it out

I usually post reviews only after I finished a game.
However, Deathloop has now been given as part of Humble Choice for October 2022.
And I’ve clocked-in almost 60 hours in this game.
So I think I’m in a good place to review it, even though I haven’t finished it yet.

I think the best way I can describe this game is:
“If a game is good, you’re going to like it, even if it’s not your kind of game.”
Well, this definitely isn’t my kind of game.
I would describe it as a rogue-like FPS.
I don’t usually enjoy rogue-like games.
And I mostly enjoy the story in FPS games. Which is almost non-existent here.
So everything points out to me not liking the game…
However, as you can see by my play time - I really like this game!
And here’s why…

First of all, the game looks really really good.
I’m running it on a 3070 Ti on an Ultra-wide screen, and it works smoothly 99% of the time.
It’s also DLSS compatible - which I’m sure helps.
But I’m not sure how it would perform on a weaker GPU…

Story-wise, as I mentioned, it’s not amazing.
There is some sci-fi stuff going on, and as I haven’t finished the game yet - I’m not sure what exactly.
But I can tell you - the story is not what’s going to keep you in this game.
The atmosphere, on the other hand, is superb.
There is a lot of humor in the game.
The aesthetics are 1960s-1970s. And the villains are kind of James-bond-caricature villains.
It basically reminds me of the Austin Powers movies. Especially the villains there.
And the Music/Sound fits perfectly with the atmosphere as well.

I’ll talk about the gameplay itself next, so beware: MINOR SPOILERS AHEAD!!!
The game takes place in 4 locations.
Each location you can visit in 4 different time frames (morning, noon, afternoon, evening).
And each time the location changes. Some parts are closed off, while others are opened. And enemies are placed differently.
So you basically get 16 different maps to play.
Every day goes through a morning-noon-afternoon-evening cycle. During which everything you do, effects the rest of the day. And every weapon and add-ons you collect stays with you.
So for example, if you blow up a building, it will remain blown up and inaccessible in the same location, for the rest of the day.
However, when the day ends - the loop is restarted, and you start everything from scratch. Almost everything that is.
Here is where the rogue-like element of the game kicks in.
First of all, any information you learn (location of a safe, code to open it, location of a character throughout the day, etc.) you still know the next day. So that saves some time, and progresses the plot.
Secondly, early on you learn to “infuse” your weapons and add-ons, which allows them to loop with you.
But “infusion” is limited, so you need to choose which things you want to infuse, and give up others.
So in the end, you have some progression, and you become better over time.
One thing to keep in mind is - if/when you die, the day loops, and you lose all your un-infused items.

Another cool mechanic in the game - is that other players can invade your game.
There are 3 game modes:
Single player only - where the invading players are controller by AI, and are easiest to beat.
Friend only - Where only your friends can invade your game (and hopefully they’ll take it easy on you).
Open to all - Where any player can invade your game. Some are really good at this. And invading players can have bonuses and improvements as well - so this might be quite challenging.
A level usually takes around 1 hour.
And “invasion” can only happen once - so while fun, it’s not the main part of the game.

I really like the tutorial of the game.
It’s both seamless, and you don’t even feel you’re doing the tutorial.
And it’s very gradual, showing you new mechanics and abilities while you’re regularly playing and enjoying the game.
This is the right way to do tutorials.

Now for some weaker points in the game:
While the game claims you can run-and-gun or sneak, as you wish, this is not entirely true.
Some missions force you to choose the stealthy road.
As being detected can cause the mission to fail, the entire map to explode (killing you), or trigger an alarm which will make completing the mission as intended impossible.

Another weak point of the game, is it’s repetitiveness.
Although there is a lot of variation, in the end, there are only 16 locations. With only 4 completely unique ones.
So at some point, you’ll be repeating levels you already did.
It’s not very bad.
But after almost 60 hours, I’m feeling it a bit.

But all things considered - it is a good game.
Even though I wouldn’t think it’s my kind of game.
I do enjoy it.
A LOT.

Recommended
2.7 hrs on record
I have been wanting to pick this up for a while, so I was very happy that it was on this month's HC selection. I have put just under two and a half hours on it and have enjoyed it. I haven't tried it on my Steam Deck yet, but it ran well on my again i5-7400 @ 3 GHZ with 16GB RAM, on an SSD running a aging NVIDIA GeForce GTX 1060 3GB. There were a couple places the game lagged at but nothing when I was in combat. Also I had the graphics pretty well maxed out and didn't attempt to lower them so I could very easily overcome that issue.

All in all I am surprised this game is only a Mostly Positive game. I didn't see anything that wasn't positive. I know people say it get's repetitive but then again it's a game about looping, lol. Note I didn't try online play so I can't speak to that. I will try to remember to update with how it plays on the Steam Deck later this afternooon. 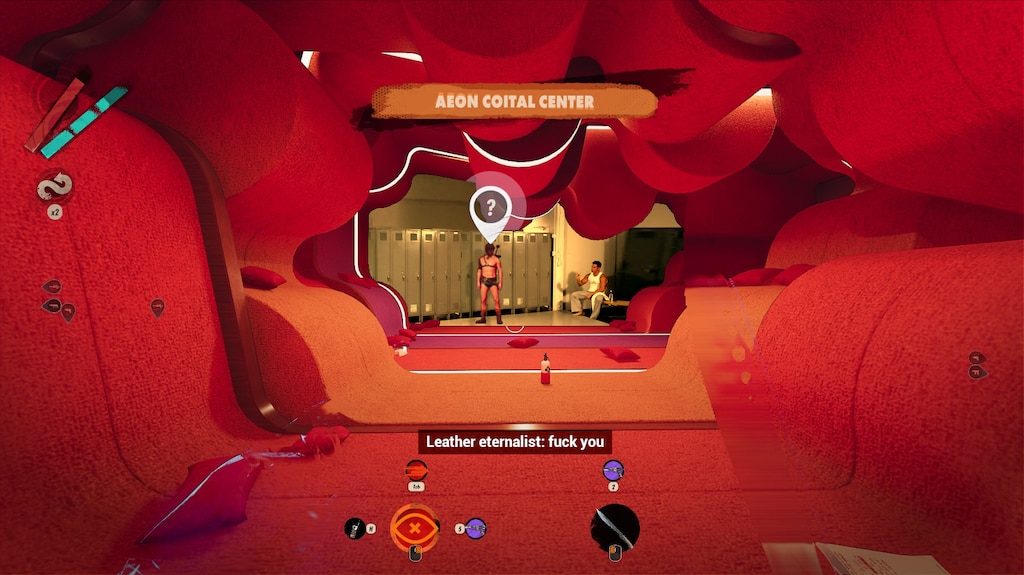 Not Recommended
15.9 hrs on record
The game is an absolute mess: constant FPS dips, mouse smoothing is locked permanently, the movement is clunky and unreliable, the enemy detection is flimsy and can insta-spot you across the map.

This game does not seem to be made by Arkane. 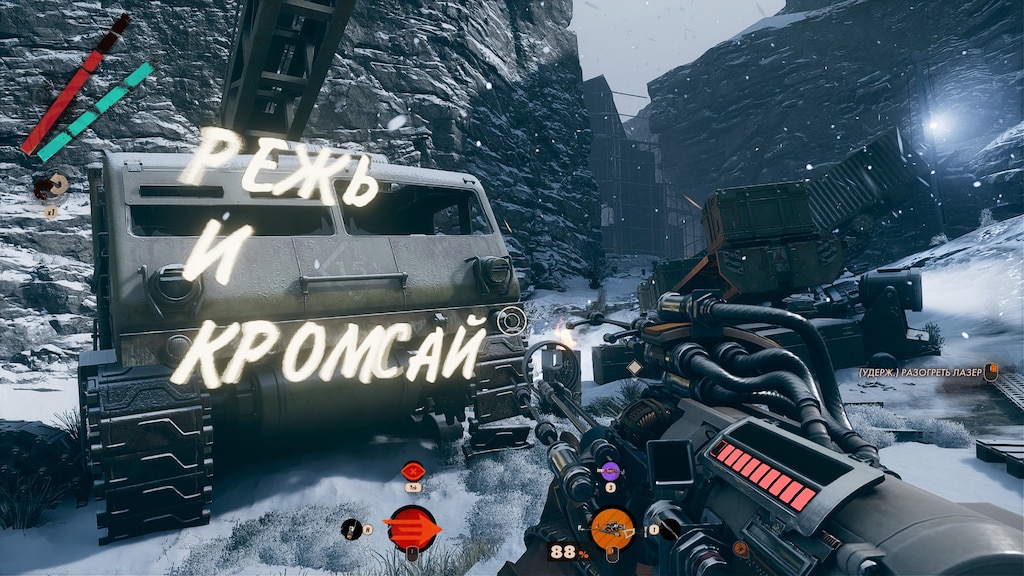 extrimboy245
View screenshots
GTX1660 Super is not enough to run the game in decent quality aka texture on "high" ?!
It doesnt even look that good and you are trying to make me believe my 6bg VRAM graphics card isnt enough to run the game ?! This company as gone down the drain, fast. I still remember playing Dishonored and thinking you guys where the real deal... I mean, you didnt even write a story for this one, I only remember 2 characters and its the people Im playing as, literally no one else. Its looks what I can only describe as "fine", runs like absolute trash, the gameplay is basically Dishonored but for children...
26

Julianna Invasion Feats
A complete list of the feats Julianna can accomplish while invading another player's game. Thanks to AndrosTheRed for helping me with some of the harder ones. 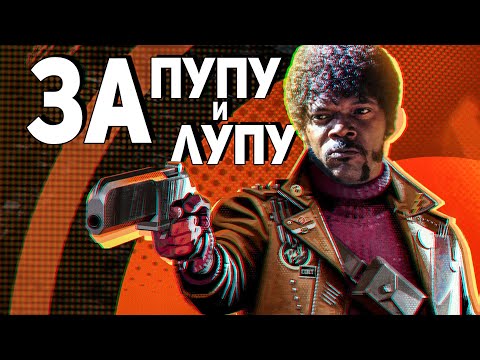 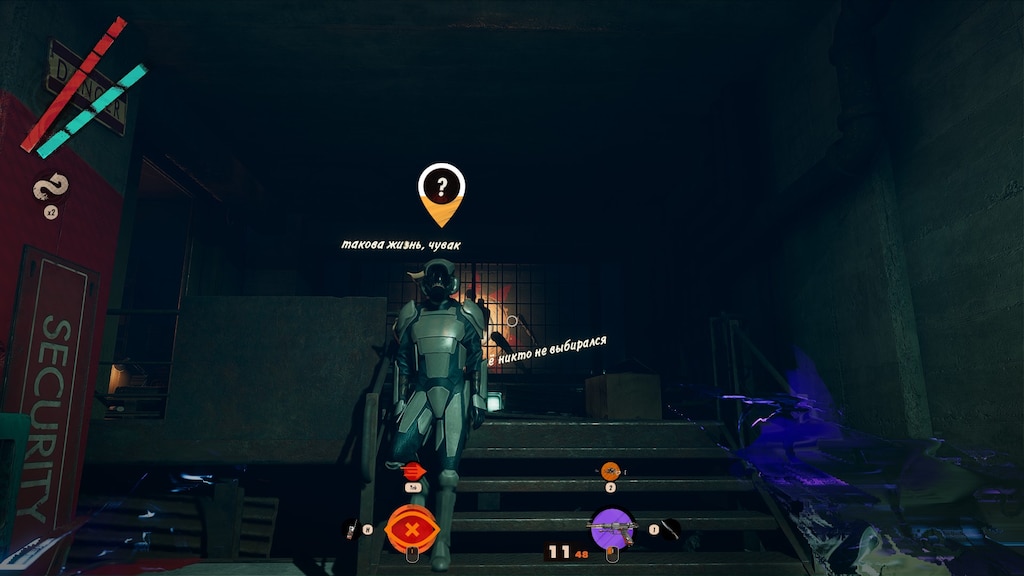 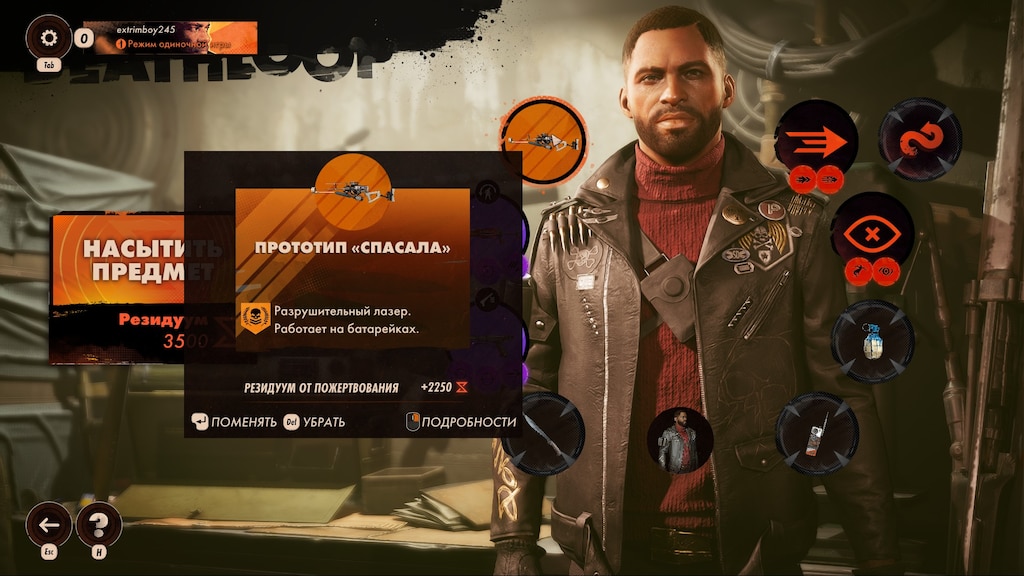 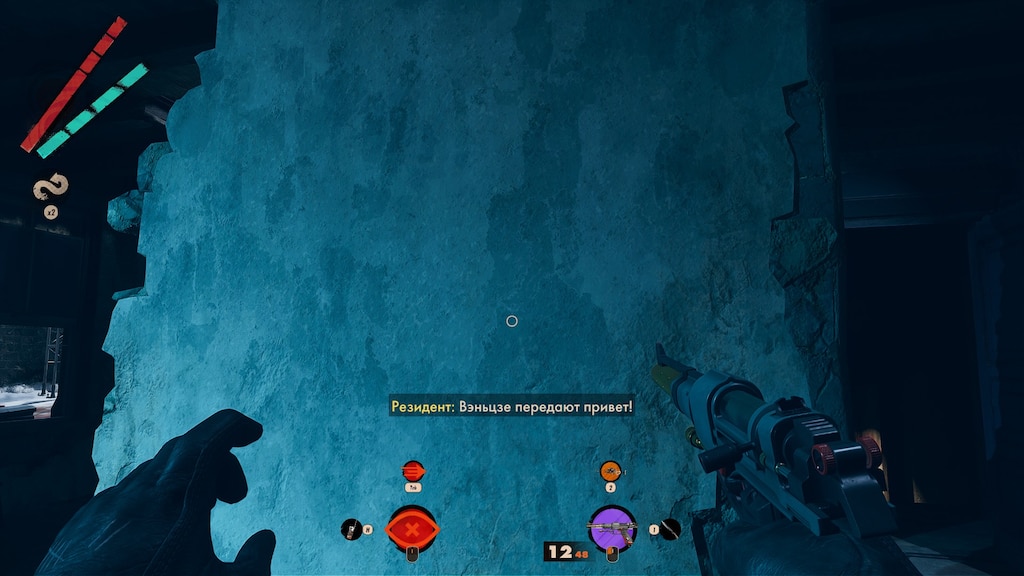 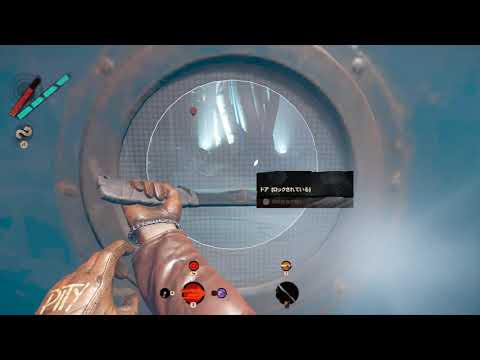 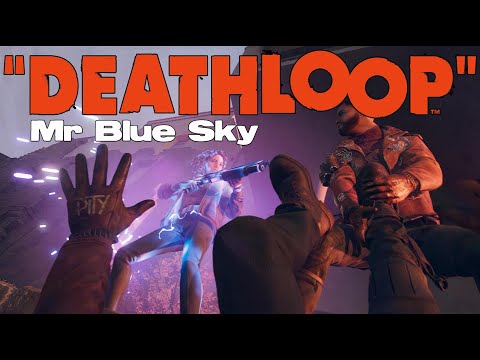 0
2
Deathloop: What Kind of ♥♥♥ World is This? or Mr Blue Sky (Gameplay Montage) 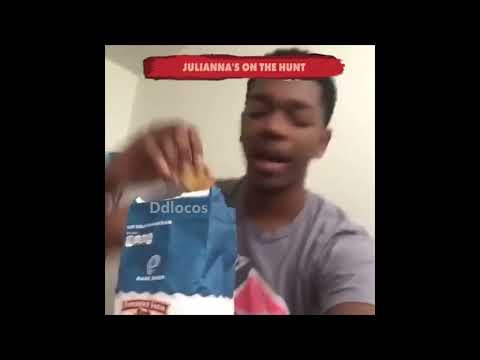 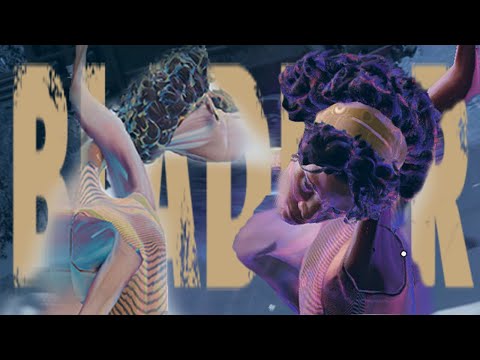 0
1
METHLOOP: killing montages and blowing up every bottle in Fristad Rock in one spot

CODES
You'll need to know where to find Deathloop codes and combinations to open doors and safes, as they're all randomised and unique to your game. That's right, there's no list you can look up, the codes are generated for each game which means opening anything...

Ghost At The Feast achievement - Quick & very easy
Method below

rogermorse
View all guides
kinda trash
My specs are slightly above the minimum, and the game constantly crashes despite playing on low settings. If you can't run a game on the minimum settings, and can't even run the game with slightly above the minimum settings, don't market the game to run with those settings. I didn't expect it to be gorgeous with my setup. I just wanted to have some good gameplay and a decent story. It fails to have either when it crashes every 20-30 minutes. Not sure if it was because of updates or something, but they real...
15

LewdGeek
5 hours ago
General Discussions
DEATHLOOP is in the new Humble October Choice Bundle
https://www.humblebundle.com/membership/home Yours for £8.99 or your local currency equivalent and you get 7 other games.
16