Use the MOLEK-SYNTEZ to create small molecules with various pharmacological effects from the comfort of your small Romanian apartment.
$9.99
Visit the Store Page
Most popular community and official content for the past week.  (?)
Nitrous Oxide
I'm on the Nitrous Oxide level. I make the right molecule, and I do the output command... yet, it ignores it, and it continues at the next cycle again, messing it up... Gosh, I can't even explain it, it's confusing. I'm going to try to make this more understandable. I make nitrous oxide. I do the output target command at the end, yet the game continues the next cycle completely ignoring the output target command, and it messes up the molecule and creates a whole different one... I hope someone can unde...
9 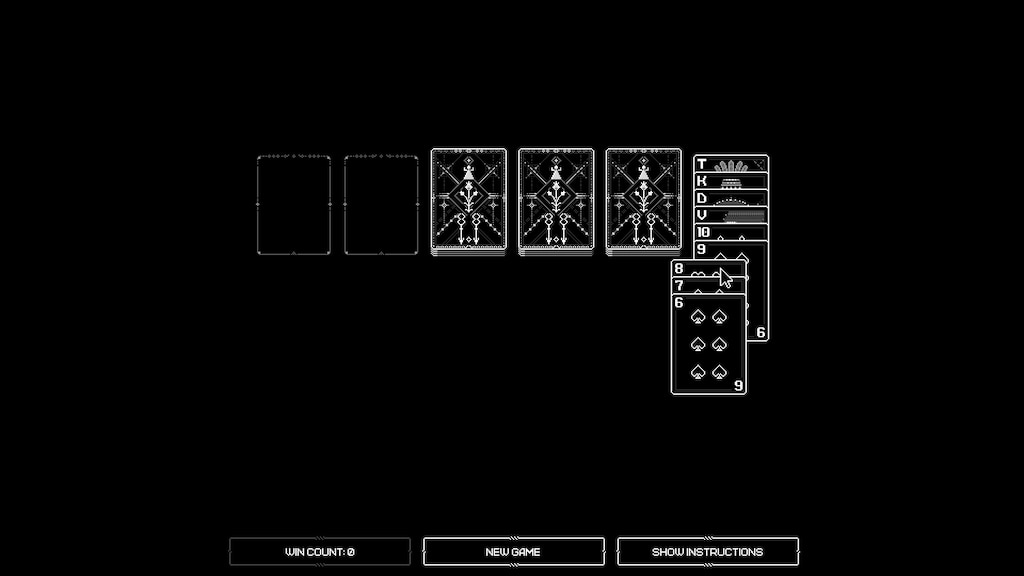 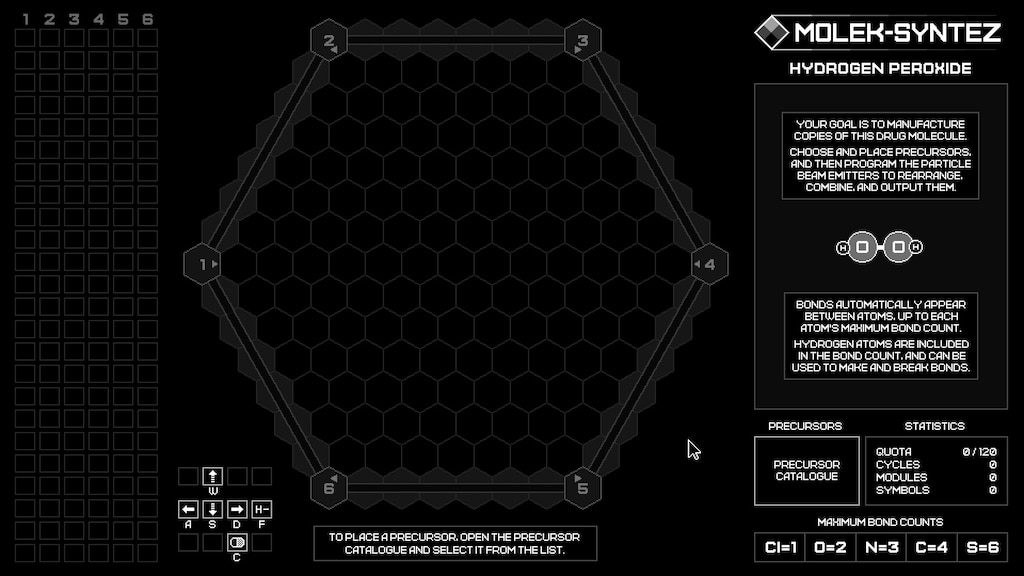 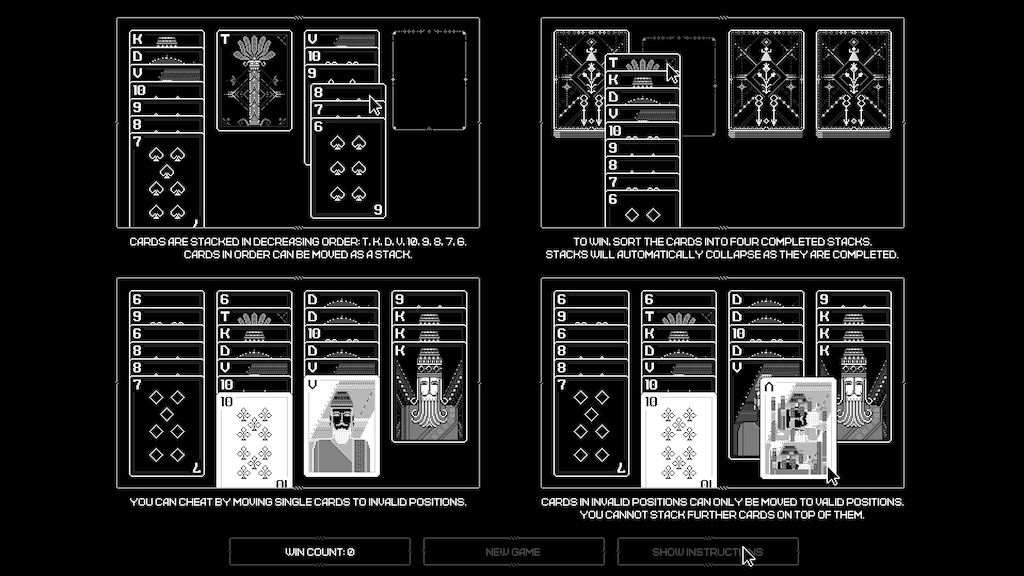 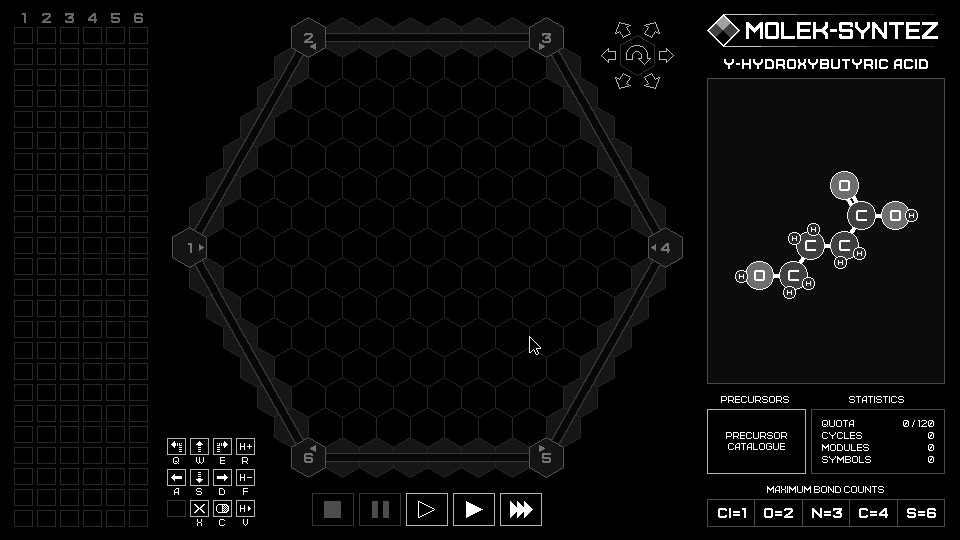 Full Main Level Completion - Chemist Achievement
Solutions for all main levels currently in the game as of 14th November 2019. These solutions will not be optimised for anything, and instead solely exist as solutions to pass the level for the Chemist achievement. 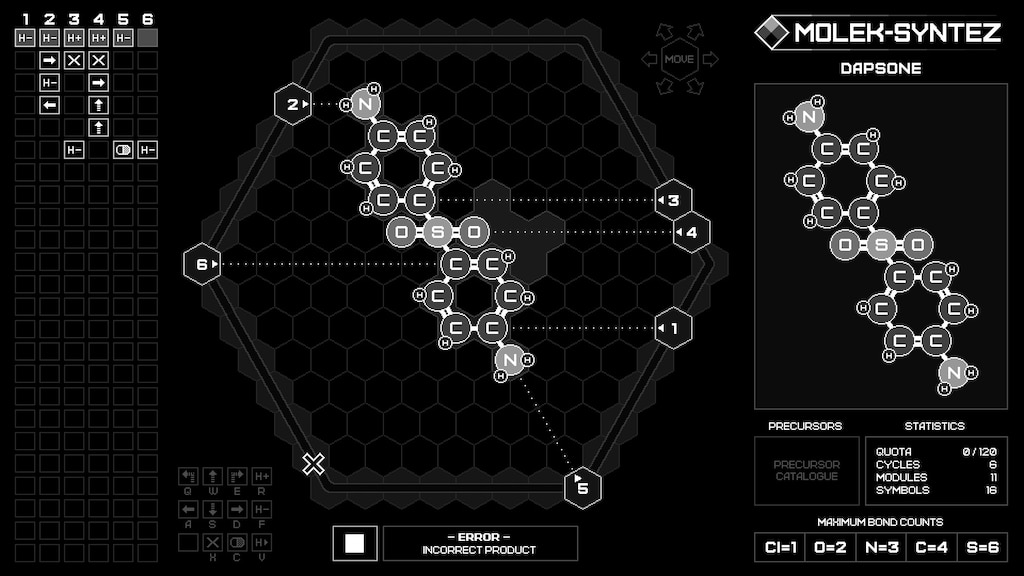 Full Extra Level Completion - Pharmacologist Achievement
Solutions for all extra levels currently in the game as of 20th November 2019. These solutions will not be optimised for anything, and instead solely exist as solutions to pass the level for the Pharmacologist achievement. 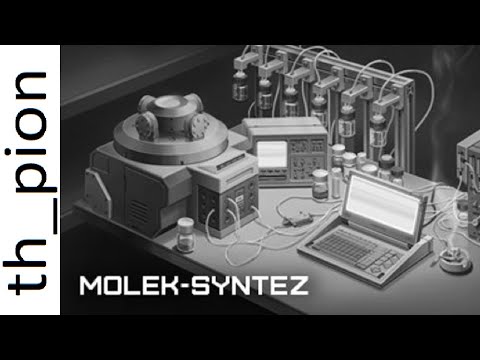 th_pion
View videos
I might be misremembering my chemistry
But aren't these two structures the same? https://steamuserimages-a.akamaihd.net/ugc/772858335317141310/DD6CDB855E3B1EAA60053CE1BB24FC8138BFBACA/ Benzene rings have the alternating bonding pattern and theyre both resonance forms. I guess I can understand because it's what the game is exactly expecting from you, but it's functionally the same thing. They sometimes just put circles in the middle instead of any of the double bonds. Also yes I only got into this situation because I didn't notice a benzene...
15

SteveWinwood
Mar 7, 2020 @ 11:30am
General Discussions
Does this actually teach you chemistry or is it more an arcade puzzle game_
Le Question
10

The nubinator
Jun 13, 2020 @ 3:35am
General Discussions
Had to install--no idea how to even start this game
I got this from the Humble Bundle and thought it looked interesting. You open it and are told to create a molecule, good luck, bye bye. You really need a tutorial of some sort, or at least some instructions. It's clear what you are supposed to do, but there is a complete lack of any explanation about the game's mechanics....
5 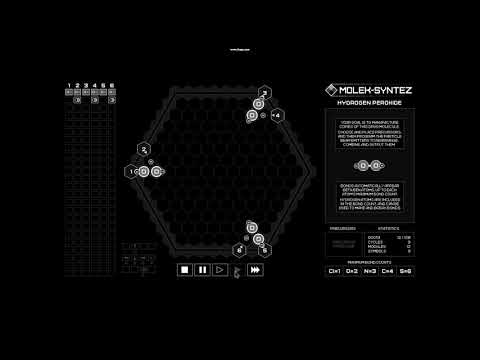 Recommended
18.5 hrs on record
Another solid Zachlike. This is kind of a combination of SpaceChem (for the theme: chemistry), Opus Magnum (for the gameplay: it's the most similar) and TIS-100 (for the art style).

Like Opus Magnum the puzzles are more open and you have more space to optimise what you like. I found them to be interesting on the main campaign, it gives you a good feel when solving it, though it's not as nice as in Opus Magnum where it also looked so good while running your algorithm. Definitely recommend this for puzzle fans.

I found the solitaire minigame to be super good, though not as good as Opus Magnum's minigame, and that's one thing that I (shame on me) usually don't play much on Zachlikes. It feels challenging without being unfair. After playing a while you get the hang of it, and when you lose, it's usually your fault and not just pure bad luck.

I'd say this is a toned down version of Opus Magnum in every aspect: gameplay, minigame, style, story. Which is not a bad thing, as Opus Magnum was a quite superb game.

Recommended
4.1 hrs on record
If you like Zach's programming games, especially more visually-oriented ones like Opus Magnum & SpaceChem, you'll like this too. That being said, I'm 12 levels in after less than 2 hours and I have solved all of the puzzles using the minimum cycle count possible. I'm surprised about how easy it is so far, but knowing their games my words will probably come to bite me in the ass shortly.