Pilot your fully customizable Arsenal mech and join your fellow mercenaries in defending humanity from the corrupted machines and gigantic robots in this post-apocalyptic action game!
$59.99
Visit the Store Page
Most popular community and official content for the past week.  (?)
Ver. 1.0.4
Jan 7
Update Details:
- Fixed an issue where save data imported with the cross-save feature under certain circumstances would not be reflected correctly

DAEMON X MACHINA
113
11
Does DxM have Fromsoft difficulty (or in simple terms, souls like difficulty)
Might sound like a stupid question but, i still need to ask this before i decide on buying DxM I have been wanting to play a mech game on PC that has the souls difficulty, much like Armored Core, which was wayyy more difficult than any game From has made after ACVD, and i heard some people behind AC did DxM...so i need to know Does DxM have the fromsoft difficulty or feel to it or is it a simplified version that dosent require you to put in full dedication like the AC games or any fromsoft game???...
3

Simple Tips I wish the Game would've told me
Just things that I found out way too late, and which would've been helpful hours ago, and which I hope will prove helpful to others.
149 ratings

Scourge
View all guides
Bug Fixes and Requested Features
Hey everyone, It's time to customize your mechs and destroy huge bosses in DAEMON X MACHINA ! I wanted to make a central bug thread so you guys know what we're working on and what information we need when you email us about any bugs you encounter...
333 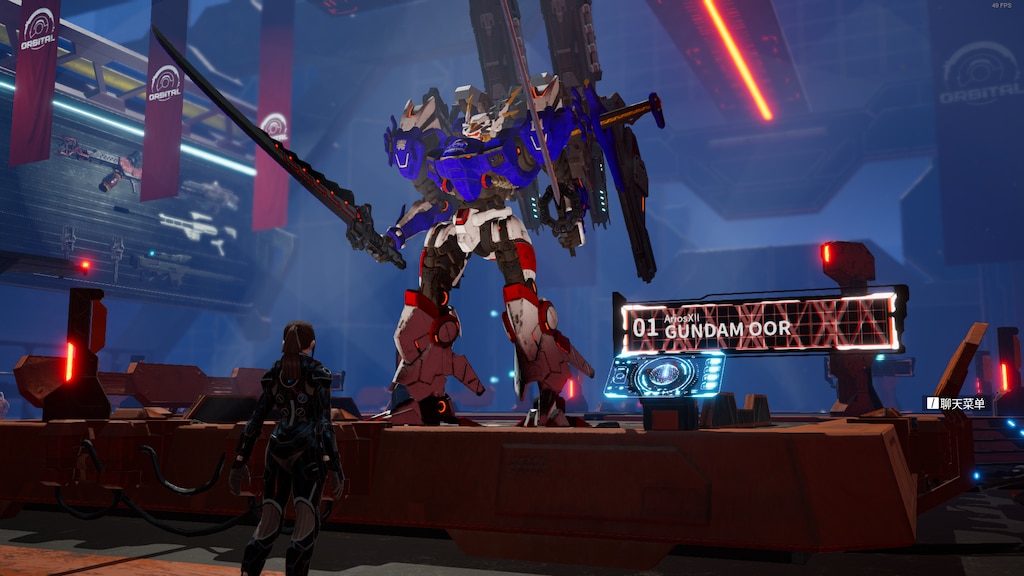 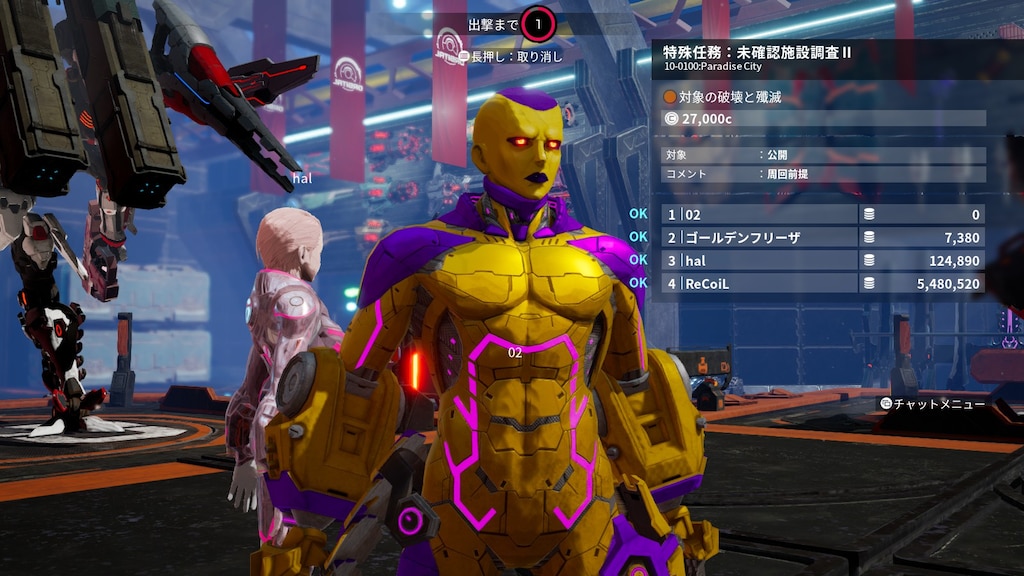 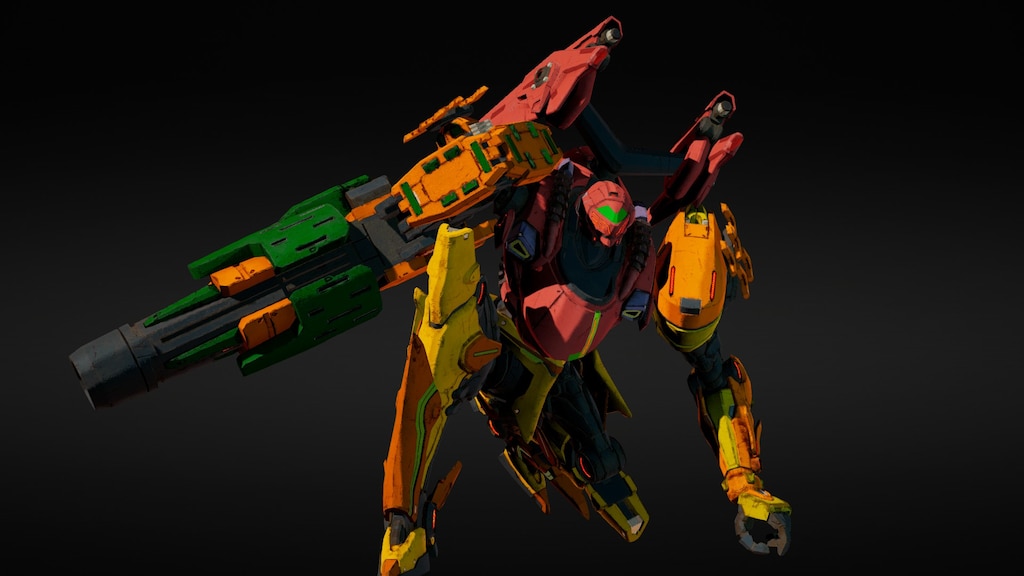 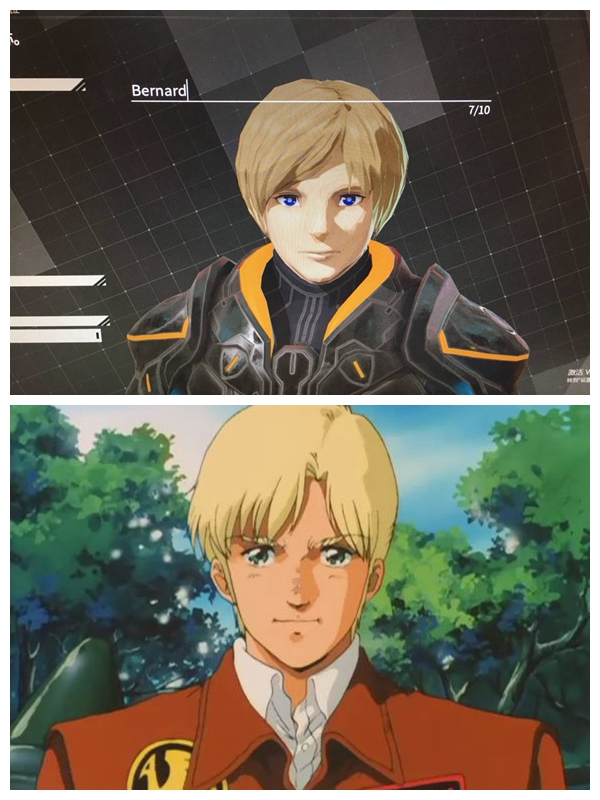 Sabi The Worst Player Ever
View all guides
Artwork 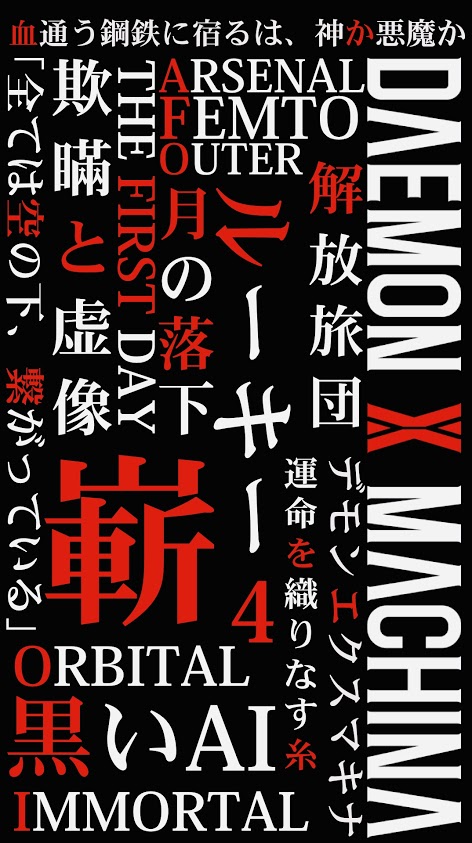 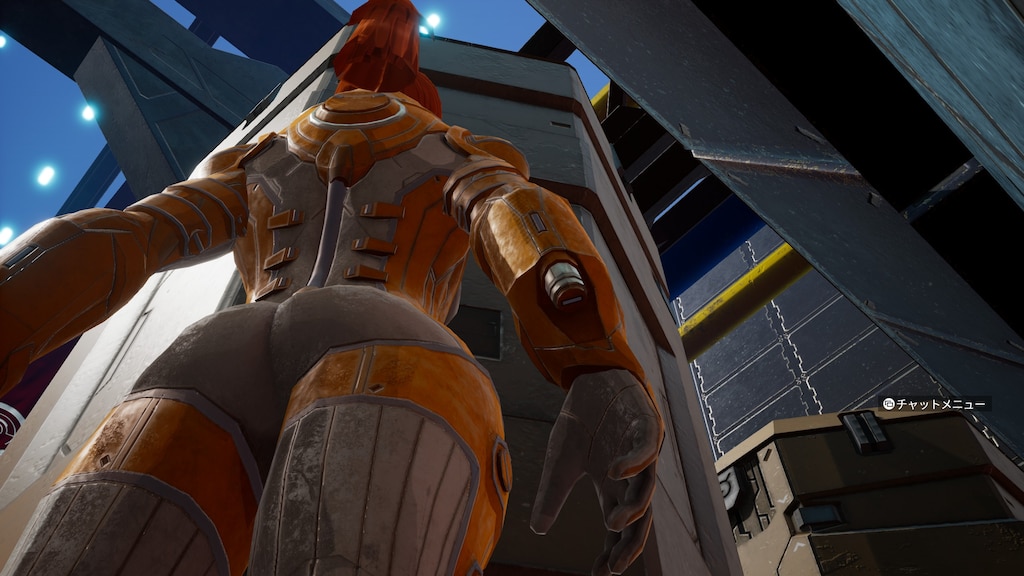 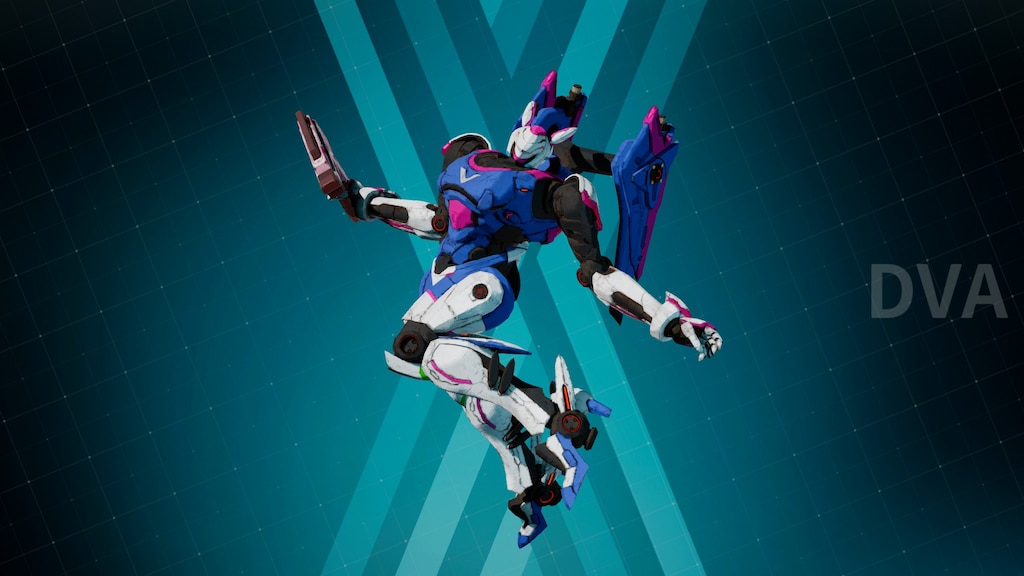 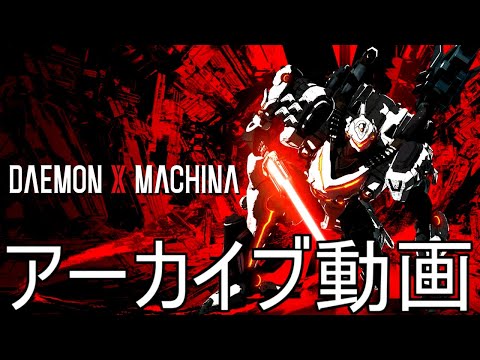 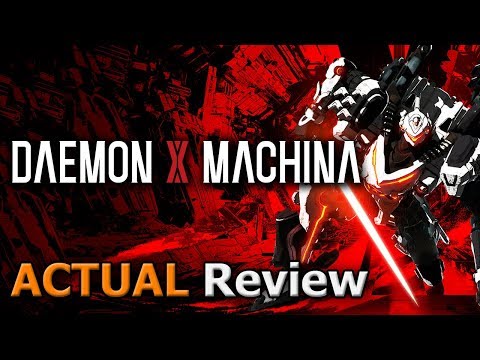 Doc file to help you complete the game
Basic Google Sheet to regroup all the info I find around in a single place.

Recommended
42.8 hrs on record
I've been waiting for a modern Mech game on PC for quite a while. This game definitely scratched that itch.
This game is like Zone of Enders and Armored Core had a baby.


Story (7/10):
A lot of people have complained about the story, that it made no sense, it was poorly written, and the voice acting was even worse. I have to agree with most of these points. Yet still I loved this story.
The story was definitely designed around the personality of the characters, instead of the characters driving the story. You can tell they had a lot planned for the storyline that never came to fruition (probably because of budget and time constraints). My favorite moment in this game is when I realized that the AI for the characters of the story matched their personalities.
While the storyline definitely came up short it did feel like the developers left a lot to be read between the lines, and to be fair my past playthroughs of Armored Core and Zone of the Enders involved skipping all of the story. This story is fast and easy to digest for those that aren't looking to sit and watch, but actively play, and it can all be skipped (with the exception of in battle dialogue, which adds a nice distraction and doesn't need to be skipped).
My takeaway from the story is that it left too many things vague and others too direct while being too short. Despite that I still enjoyed it, I wasn't expecting a good story from a mech game anyways.


Art (8/10):
The models for the Mechs in this game are amazing, you can tell this is where the budget ended up going.
The world design was lackluster and empty, but the story and location somewhat explain this (very poorly).
The textures in this game were ported from the switch and you can tell, even on maximum.
The character art design was decent and matched the cel shading style that the rest of the game uses.


Sound/Music (7/10):
English Voice actors tried. I'm gonna leave it at that for VA.
Music is fine for the genre.
Sound effects were good, but nothing special.


Programming (8/10):
The AI is a little lack luster beyond the personality point I mentioned earlier, AI Mechs tend to get stuck sometimes until an enemy target is near them (I personally didnt notice this until later in the game, where I had to rely on them more).
The difficulty of this game seemed to find a sweet spot, it allows newer players to the mech scene a good time to learn what they like and play around with things before it starts getting difficult. The end game ramps the difficulty up to what I feel is a fair level.
This game runs pretty well for being a PC port. The port was done right.
Progression could have used some more work, but few modern games are balanced well anyways. They did a good enough job here.


Final Thoughts:
I personally think this game deserves a sequel with a better story despite its flaws.


TL;DR:
Don't buy this game for it's story. The gameplay is fun. The AI is adequate. It is the Modern Customizable Mech game we needed on PC.
7.5 / 10 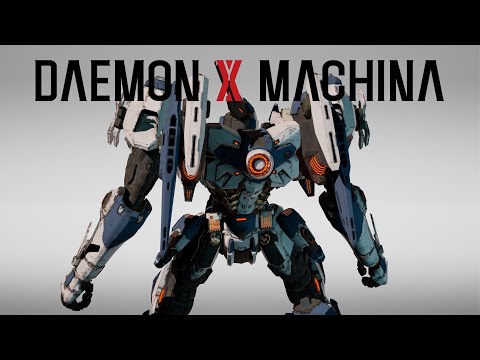 DxM Lab Modification Apearance Guide
This guide will provide some tips for outer modding as well and the location and appearance of each modification.

Recommended
43.9 hrs on record
Pros:
Game is well optimized (can run smoothly without lag on my outdated rig).
Wide range of weapons and amour customizations (build your own mech of destruction and reek havok on the battlefield).

Cons :
Weird storyline (have to go to reddit just to understand the story).
Dead multiplayer??? (majority of players are in Japan...game is region lock :(

If you like making things go boom with the abomination you have created. This game is for you :) 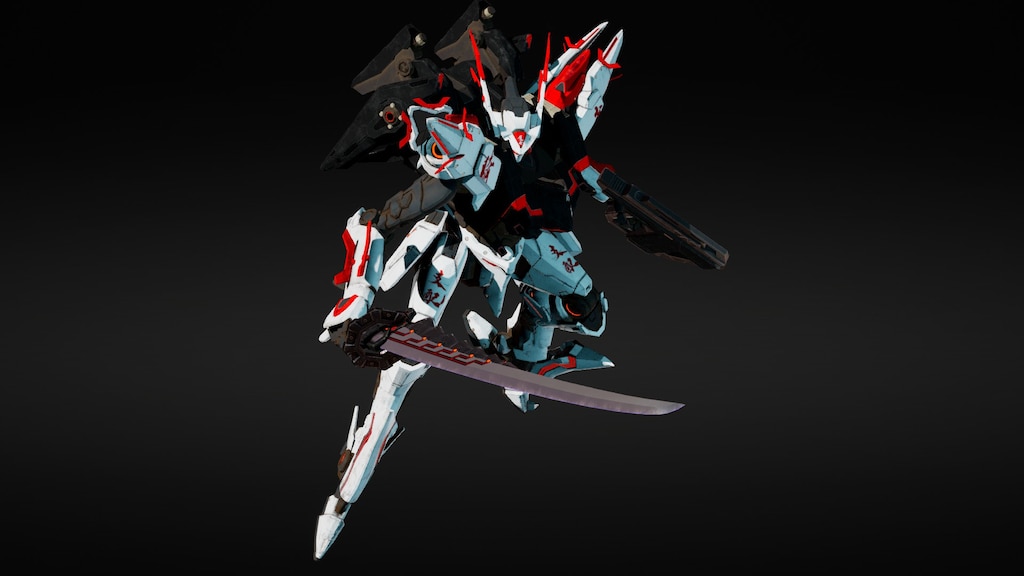 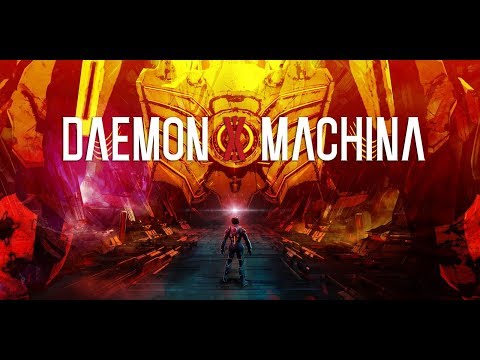 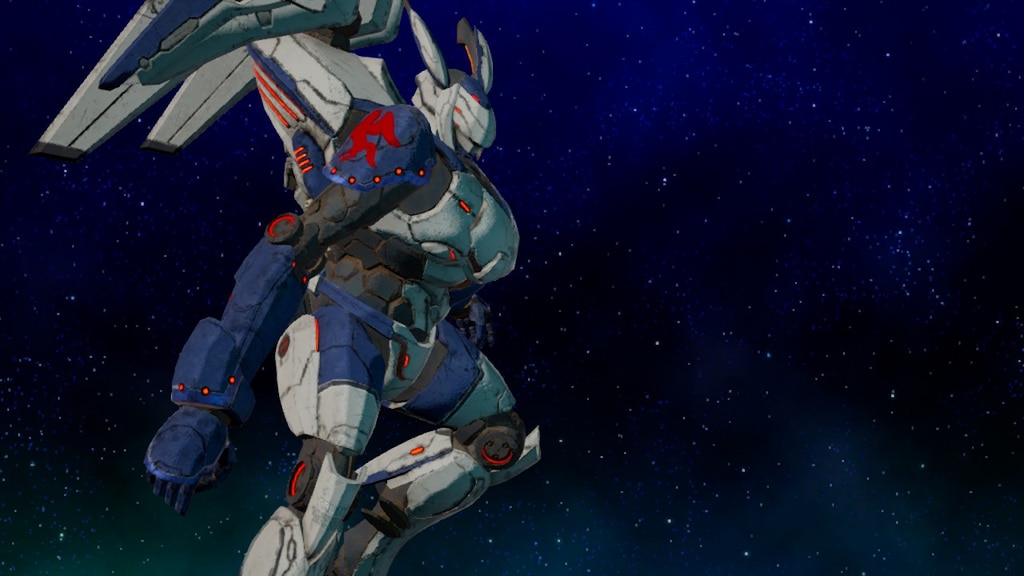 GoldenEye
View screenshots
21:9 fix for Daemon X Machina (21xMachi9). [NOW COMPATIBLE WITH VERSION 1.03]
For those wondering, I'm working on a fix which allows uncapping the framerate above 200FPS, that adjusts the field of view on non-16:9 resolutions to compensate for Vert- FOV scaling (Alongside allowing for a custom FOV), and that allows for removing the pillarboxes (Although certain UI elements may be skewed towards the left side of the screen, which making a fix for those elements may be difficult). The issue with directly hex editing the executable is that the game has a Steam API protection which doe...
96

KingKrouch
Jan 27 @ 5:39pm
General Discussions
Armored Core vs daemon x machina
Short Info. AC : -On a PS2/1 game the story already could have MULTIPLE choices , for example making the enemy mech butts explode if they were enemies. -Had serious story with interesting characters. -The progress made sense. dm: -Linear as **** story and predictable.Killing NOT ALLOWED because killing is "baaaaad". -Trash story with VERY garbage characters , no idea who wrote this and thought was "interesting". -The progress is **** , "faction" important people taking E , YES , E rank missions , LOL. -Th...
23

Dante Luna
Dec 28, 2020 @ 9:34pm
General Discussions
Thinking about getting this game
I've played the demo on the switch a while back and enjoyed it. I know the story isn't good apparently but it's fine if the gameplay is good. Just wanna know how's the customization (even if it doesn't change much or at all how the mech handles and what you can equip), weapon variety (and if there's cool weapons to grind for), endgame content (maybe some ball busting missions), etc. Basically asking if it's good to sink some time into.

Taiga
Jan 13 @ 3:55am
General Discussions
No one has rated this review as helpful yet

Recommended
38.5 hrs on record
Basically Armored Core: For Answer, but with proper laser swords. If that's something you've been missing from your life, definitely get this game