Become Samurai Jack, the greatest warrior across time. Journey through time to finally stop Aku’s evil reign in this new adventure told by the creators of Samurai Jack.
$39.99
Visit the Store Page
Most popular community and official content for the past week.  (?)
Final Achievement Hotfix
Sep 2
Hey Samurai Jack fans,

Today we've pushed a small update that fixes a bug where the "Back to the Past" achievement was not unlocking for players.

Players who've met the conditions for this achievement should receive it after updating and launching the game.

Many thanks to everyone who reported this to us and emailed our support team at support@adultswimgames.zendesk.com.

Samurai Jack: Battle Through Time
110
11
Achievements not unlocking?
Finished the first level and defeated the first boss, however no achivements unlocked for me and I'm 100% sure they were supposed to... Is this happening to anyone else?
68 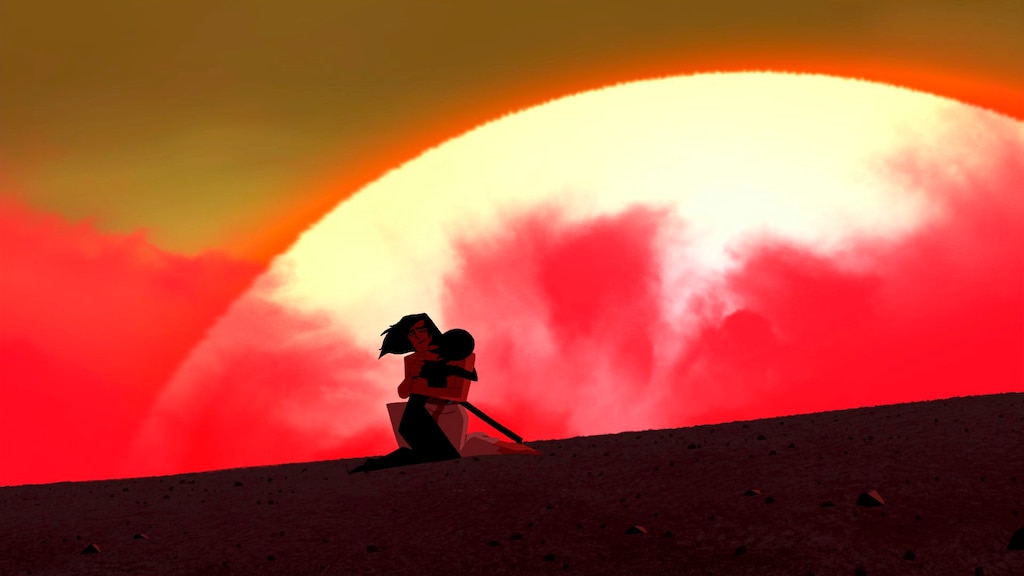 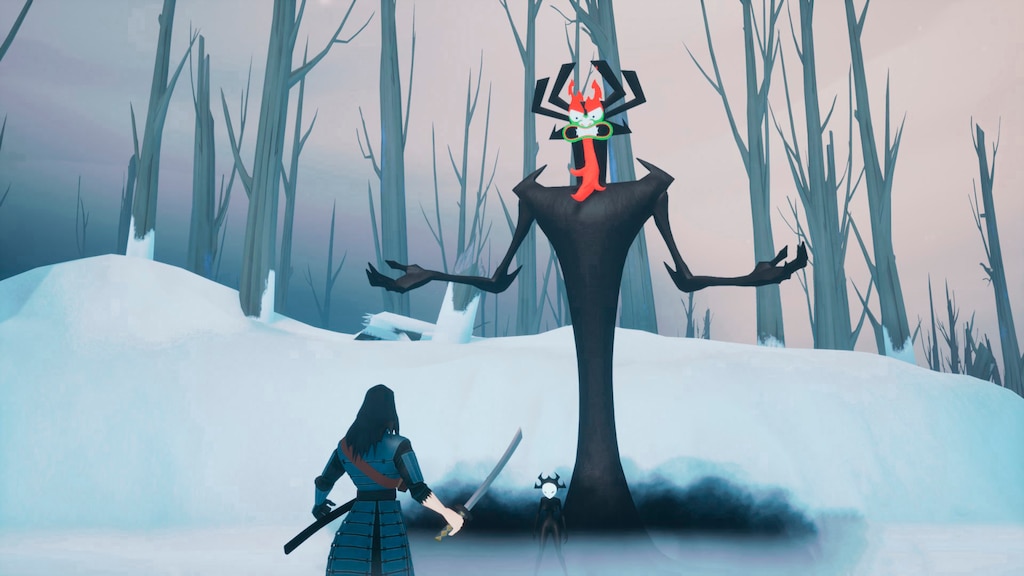 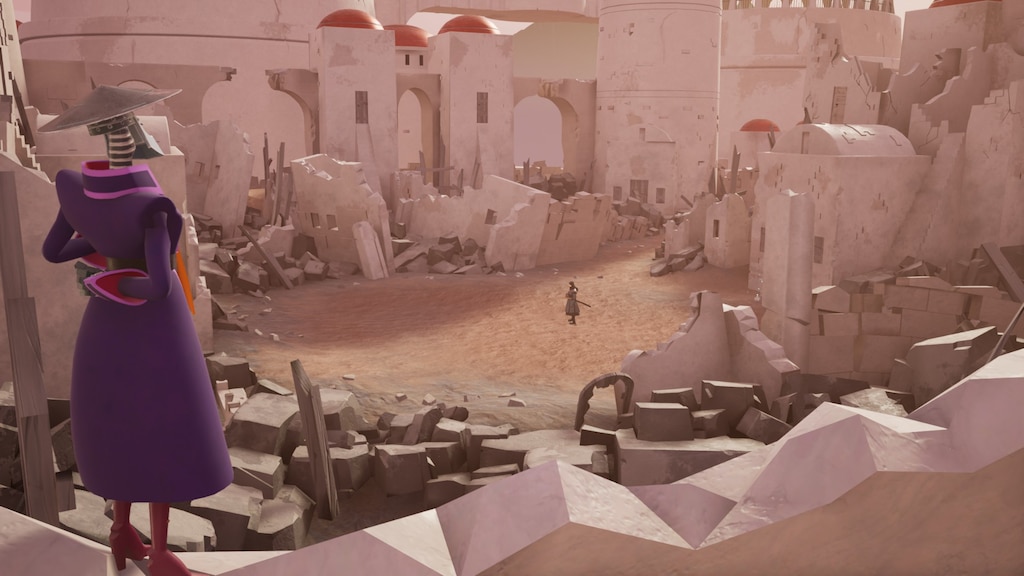 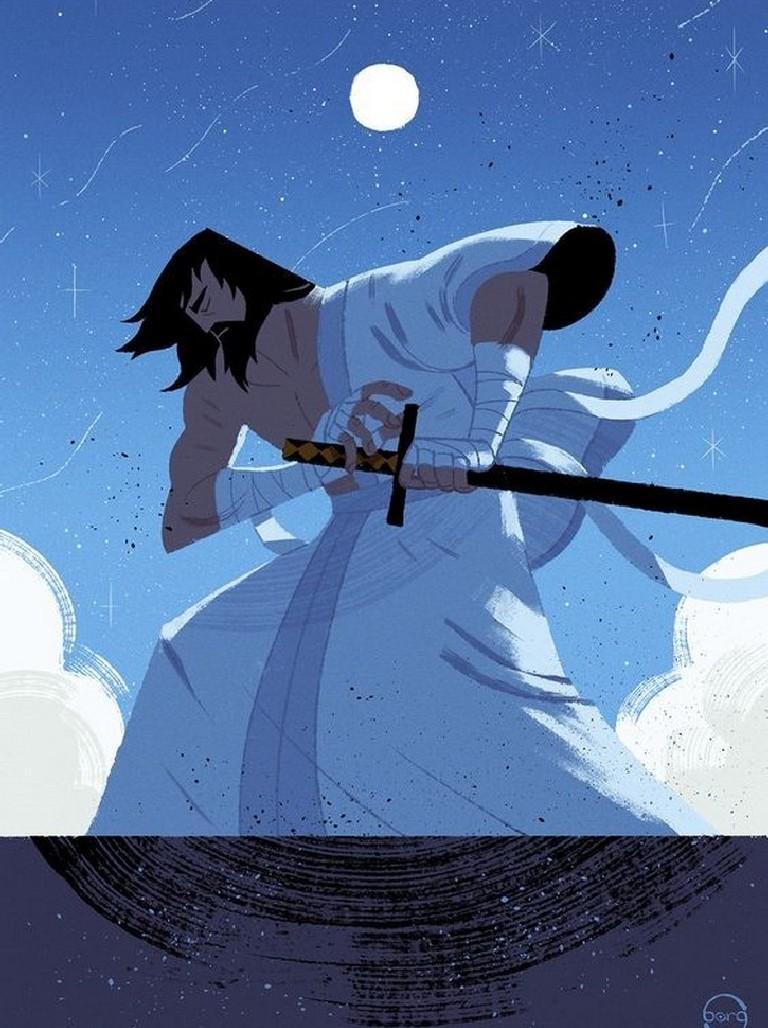 All 50 Corrupted Emeror's Kamon
This guide will help you find all 50 corrupted emperor's kamon throughout the game. 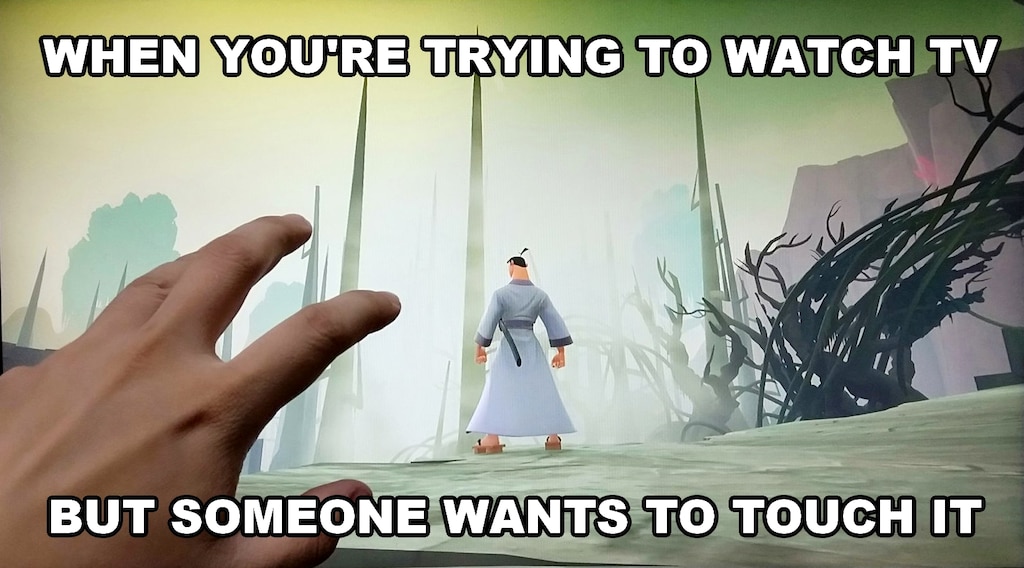 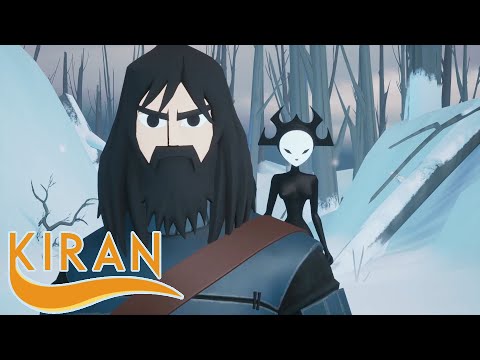 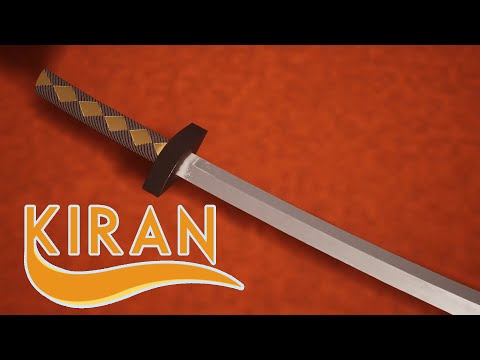 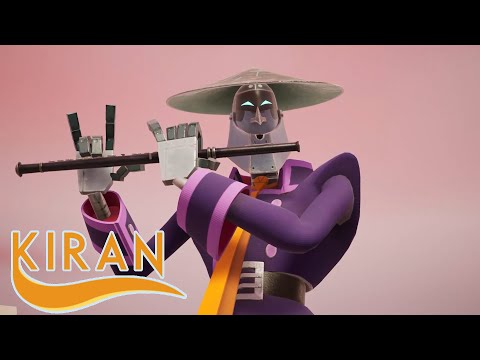 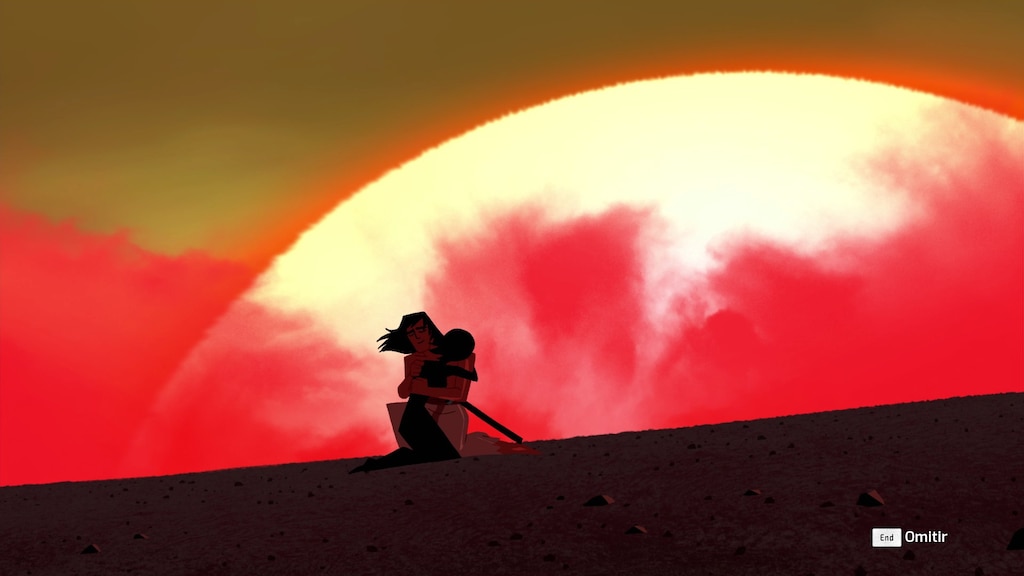 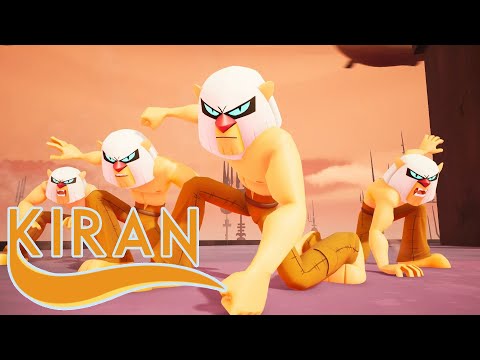 100% Achievements Guide + In-game Challenges
This guide is mainly about how to get all achievements but it will also provide information about how to complete in-game challenges along with some gameplay tips. 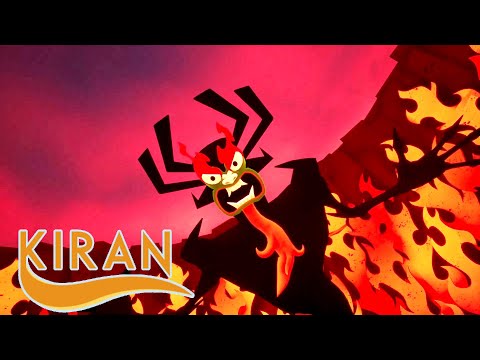 Changing language
The game seems to use your system's language settings by default, but here's how to change the menu and subtitles language to English or any other translation this game has. Uses a steam launch parameter. 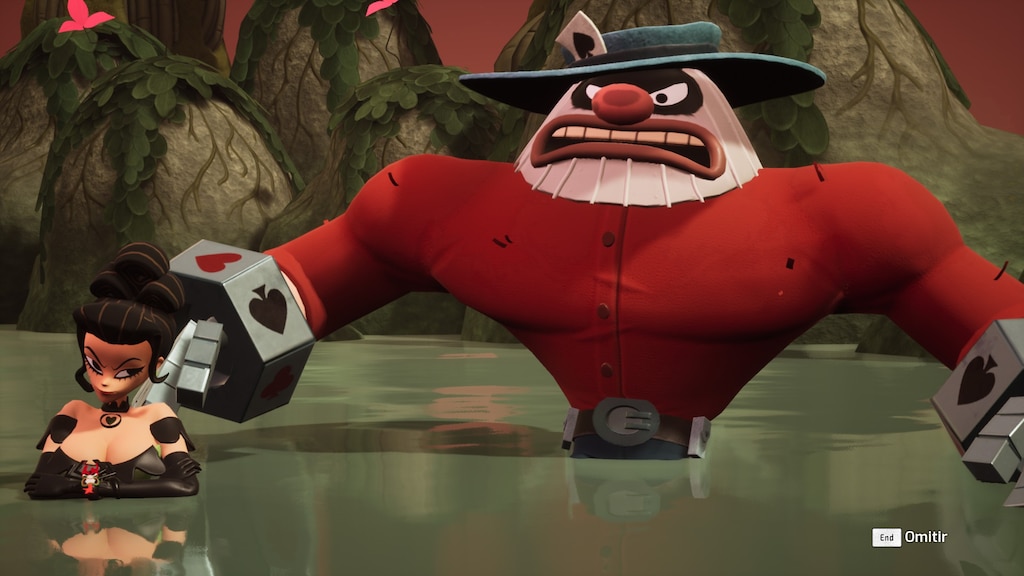 Shades Of God
View all guides
Master Samurai is hard
Did the developers even play on this difficulty? Half of the fights are significantly tougher than the other half (so far), some downright impossible. Anyone have any luck with it?
33

Wewser Lethal Dude
Aug 29 @ 8:16am
General Discussions
Am I salty today or does SJ:BTT totally suck?
Easy combat with auto-aim, button mashing combat system that has no depth. Looks like a 7yr old can button mash their way through this game no problem. Jack barely takes any damage while getting hit 10x. Majority of the Samurai Jack fans are in their late 20's or early 30's. No voice acting besides cut scenes. Which isn't uncommon but feels lack luster when NPC's say the same one liners every time you initiate conversation with them. Aku appears rigid, not scary or dreadful. Not capable of being a shapel...
23

teh_assimilatoror
Sep 2 @ 8:01am
General Discussions
i heard this game has challenge
devs, please dont nerf game, then! still, i m cautious about what people were talking about (lack of) cancel moves. hm
22

Daikatan
Sep 1 @ 11:20pm
General Discussions
Ultrawide Resolution Support
I'm interested in this game. Please Remember to include ultrawide support! EDIT: We have a temporary fix! Look this video. https://www.youtube.com/watch?v=BxAd_DtwvkM This is the link for the patcher: https://www.nexusmods.com/samuraijackbattlethroughtime/mods/1 you need to use steamless patcher before patching the game exe I hope the developers do a patch anyway, the game deserves it...
21

We've pushed a small update to fix the issue regarding Steam Achievements not working properly.

The majority of Achievements that were previously unlocked should be retroactively applied immediately. However, the following Achievements will have to be re-earned in order to receive them.

The achievements that need to be earned again are:


If you have further issues don't hesitate to reach out to us in the following places.

Samurai Jack: Battle Through Time
157
15
No one has rated this review as helpful yet

Recommended
4.2 hrs on record
Loving the game. Feeling superbly nostalgic getting to see our own Jack fighting all the villains all over again. Pure fun. Must play game for the Samurai Jack fans. Others too have to try. As I said it is pure fun... LOVIIIIIIIIIIIIIING IT........

Not Recommended
0.7 hrs on record
Not worth it unless on extreme sale like 75%. They focused a lot more on art style and cool level design than they did combat. They tried to make Sekiro but didn't bother putting in responsive controls or combat balance. Attacking doesn't work. Sprinting doesn't work. Blocking doesn't work. It just doesn't work. What should be split-second timing on attacks, dodges, and blocks of a samurai turns into just holding block until your 1/2 window to get in 1 light attack opens, you hit attack once, and then go back to blocking.

Returning it because I bought it at $40, will maybe rebuy if it goes on sale for like $15. Maybe. The game was made for the cutscenes and I can get all of that on youtube.

Recommended
6.2 hrs on record
I only found out about Samurai Jack a few weeks ago when I watched this youtube video: https://youtu.be/B3I7h5nNuWg
Afterwards I binged watched the whole series through all the seasons and became an instant fanboi of this wonderful show. If your a fan of Samurai Jack this is the game for you!