Hunt, survive, build and lead in the harsh Middle Ages: Create your own Medieval Dynasty and ensure its long-lasting prosperity or die trying!
$29.99
Visit the Store Page
Early Access Game
Get instant access and start playing; get involved with this game as it develops. Learn more.
Most popular community and official content for the past week.  (?)
Medieval Dynasty Steam Trading Cards Added
Dec 1 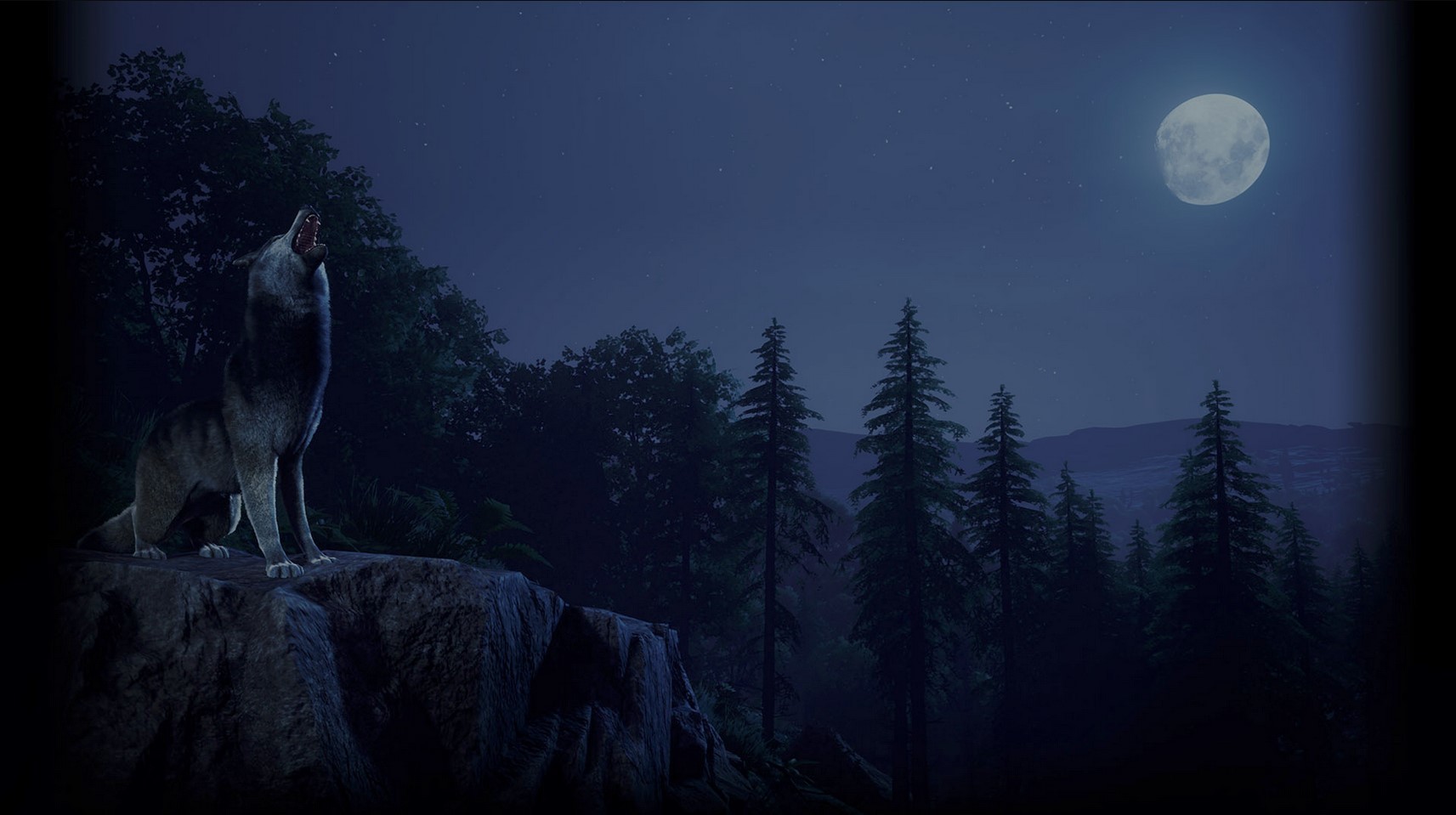 Today is a short, to the point update. As of this moment, Medieval Dynasty has its own set of Steam Trading Cards. The more you play, the more cards you will collect. And all cards come with special custom designs and graphics.

Let us know what you think of them below and happy collecting!

Itachi
2 hours ago
General Discussions
Vote for Medieval Dynasty at the 2020 Steam Awards
Nov 26
Hello everyone,

With Steam Awards now up and running, we would love for you to consider nominating Medieval Dynasty for the “Sit Back and Relax” Steam Award. 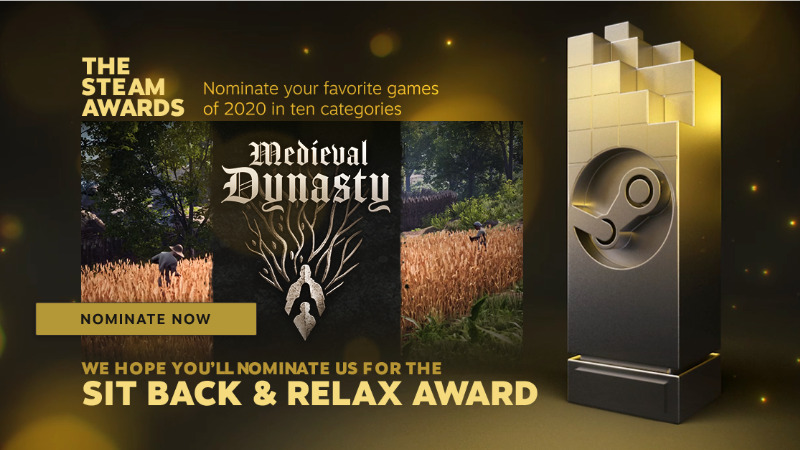 Medieval life can be quite unwinding, so if you did find comfort in Gostovia, peace in Denica, and zen in Borowo, vote for us.

It would mean a lot to all of us here.

This update starts with a warning! In this update, we had to change the Skill Points progress variable between Skill Levels (both for the main character and the NPC). Therefore, this value will be reset when the game is loaded in this update. The Skill Level itself remains unchanged, so you will not lose all your progress. Unfortunately, this is a necessary change, and it is not possible to maintain these skill values.

Medieval Dynasty
1,542
159
Killed in bed
How can wild animals just let themselves into your house? I built a lodge and went to sleep for the night but when i woke up and looked in my chest an annoying Bison (can't remember the game name) attacked and killed me. I hadn't saved in a while so then went off and made another lodge in a different place but a boar then let himself in my house, pinned me in the corner and killed me as I tried to craft a spears. I was really hyped to play this game but this is just unrealistic and has wiped all my progres...
12

Looking forward to more updates. Keep up the good work! 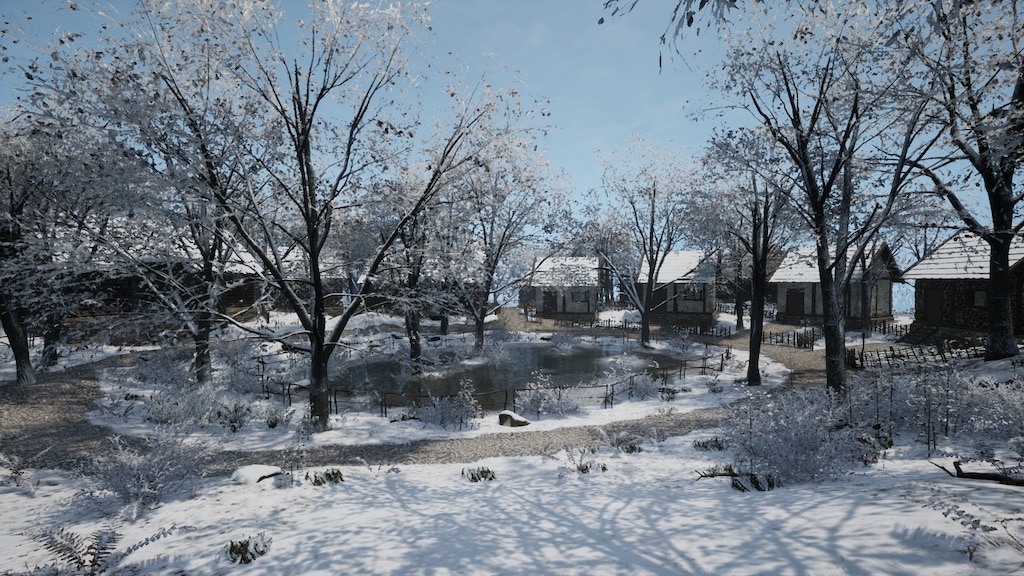 craft stuff first or sell ingredients directly?
In this guide i'll try to help you to make the decision wether you should sell products, raw ingredients or something in between. 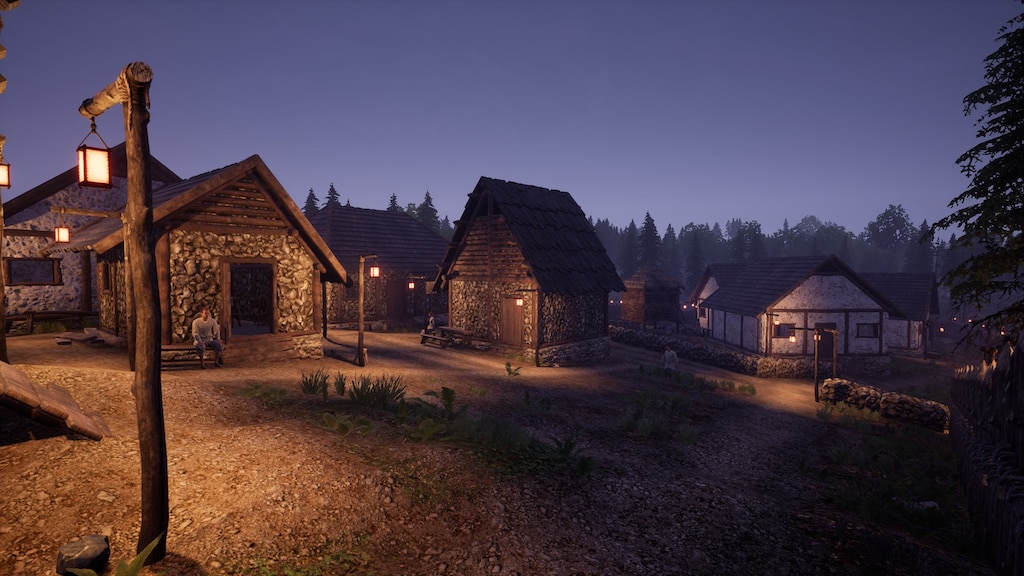 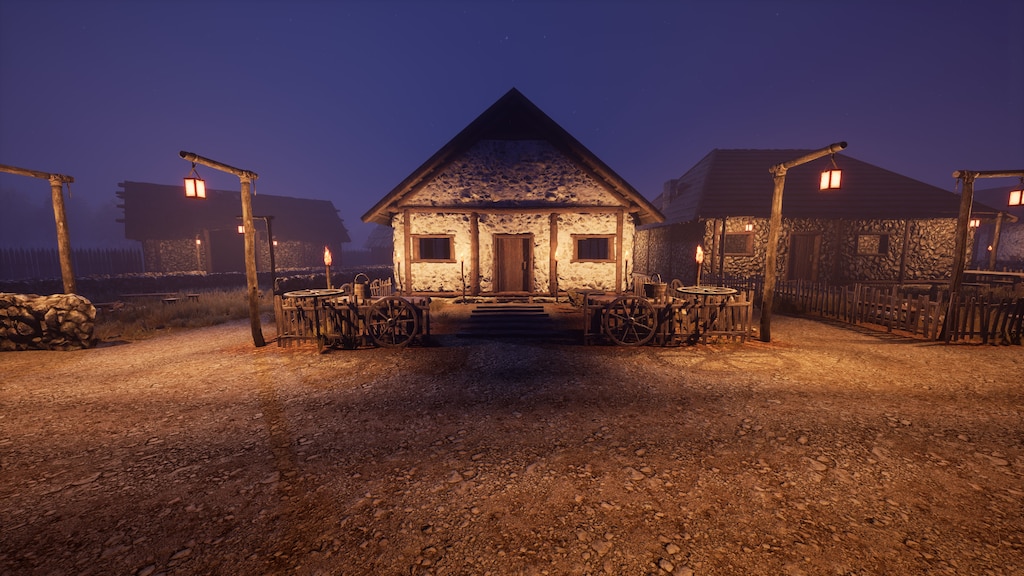 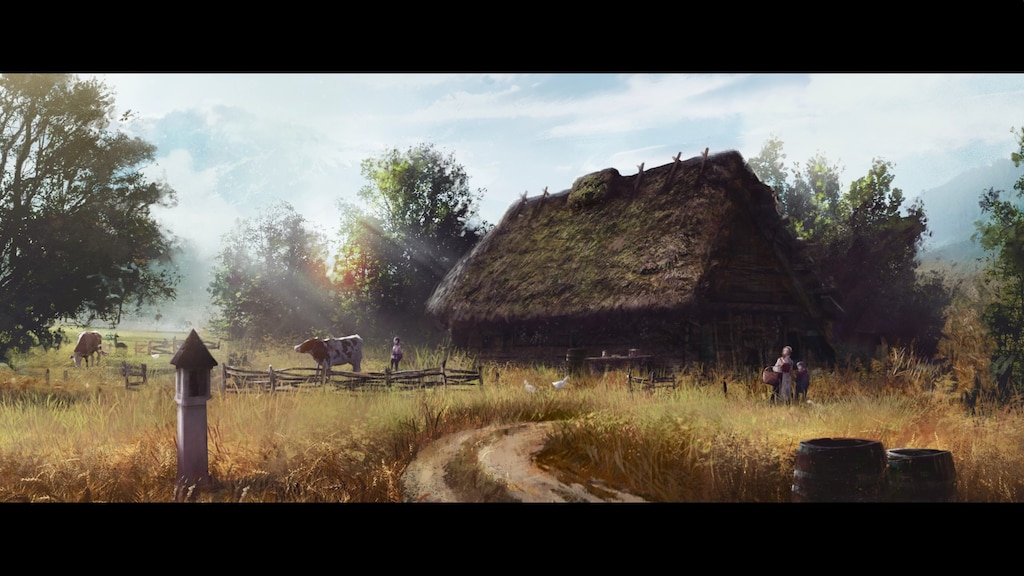 As Medieval Dynasty is an Early Access title, I won't touch upon the plot - but one exists, decent and believable, more than sufficient to motivate the player - in case the dev team decide to make any changes prior to shipping the finished product.

The gameplay is intuitive for the most part. Progression is smooth and straightforward. With some study and over-time familiarity, the complexities of the UI and Management window fade into second nature. Given the number of big budget titles that continue to fail in this regard, I can't praise Medieval Dynasty's developers enough for the no-doubt truckloads of effort they've put into making this one easy to pickup along the way, just as a matter of course.

The graphics are beautiful and the assets appear to be well-enough optimized, smooth and richly textured even on my somewhat mid-range graphics card (GTX 1660), and the game's ever-changing seasons never fail to visually impress. Animations are smooth, hit-boxes reliable, all the unseen autonomic functions you'd expect from a big-budget release are handled well and readily apparent - but quickly taken for granted, as they should be, allowing for one of the most immersive titles I've had the pleasure of playing in quite some time.

In terms of gameplay, simply imagine the basics of medieval village life and you will find them in-game. Hunting, farming, cooking, crafting - tools, clothing, weapons - and structure building are all present and correct. Resources, inventory, and research are all spot-on, relying on the continued use of any skill for further level up/perk acquisition-based progression toward making them all easier to accomplish. Once your villagers are settled in and begin contributing as anything from field hands to hunters to storekeepers, their efforts also add to your tech research progress, as well.

As your settlement grows and prospers, your yearly taxes can quickly outpace anything the AI is able to contribute, however, so the grind remains a major part of any current gameplay experience. I've jokingly called Medieval Dynasty a "Potage Tycoon" game in the past, as it's been necessary every summer - with the stores packed with cabbages from the fields and fresh meat from my designated hunters - to dedicate a season or two (3-6 game days) to nothing but constant cooking, pausing only to eat, drink, and splash my face in the washtub to ward off the dirtiness debuffs.

During any form of crafting, you are locked in - visually and otherwise - to only that activity. For example, each of the 4 merchants in the next town over from mine has the coin on-hand to purchase 50-60 Potage (1 cabbage + 1 meat + 5 sec cook time, per). Assuming a 2 minute travel time each trip, give or take, it's entirely common to spend a full half-hour locked into one repetitive activity, staring at your character's hands, stirring in an empty cooking pot, unable to look around much less check/make adjustments your village's Management tab. You can also freeze, be attacked by critters, starve to death, and die of thirst while crafting, so it's not a wise option to simply fire and forget a major Potage (etc) session and alt-tab to something else.

Sadly, even a maxed-skill villager* will never reach more than a small fraction of player productivity. Literally. The best villager will produce around 1 insert-item-here per in-game hour, given its crafting complexity. As noted above, the player will likely be able to create hundreds, provided their needs are met and no interruptions occur. So when it comes to paying taxes especially, or just ensuring enough materials for repairs remain on hand at the change of each season, expect to be doing the vast majority yourself - at least for now.

*the devs are working hard on streamlining and perfecting the AI and its role in your village, with productivity in mind, so I'm looking forward to future updates in that regard with no small level of excitement to see how this talented and dedicated team is able to fully implement their goals for the project.

Overall, Medieval Dynasty is just a stunning piece of work, even so very early-on as it is. I would readily recommend it to anyone interested in the genre(s) therein. Give it a few months, it'll likely be the sort of game you'd recommend to anyone, regardless of prior genre interest, as well. 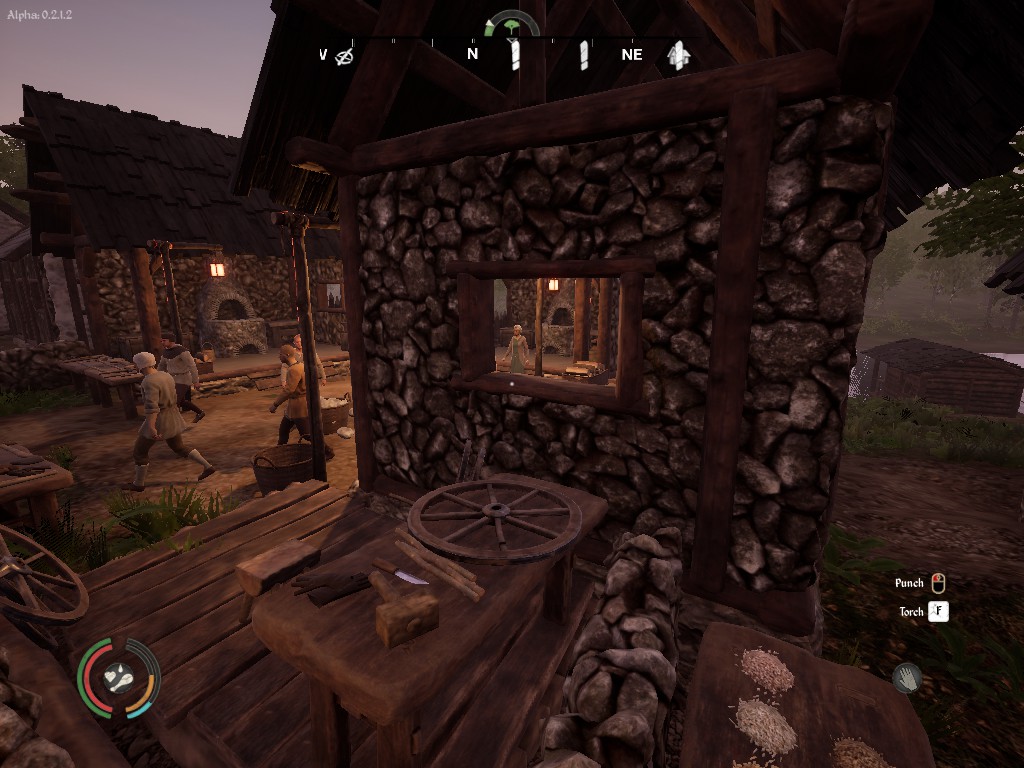 Recommended
42.1 hrs on record
Early Access Review
Its in early access but it has enough to do currently with villager and resource management as well as town development.

I love it that I can craft, gather resources, manage my town and villagers, farm, and then wander the country-side without having to fight off zombies or monsters. Just gotta be wary of wolves and wisents. And maybe later on bandits.

Your biggest enemy and goal is paying off the Spring tax. But as some players pointed out, gathering and selling berries like crazy can help pay it off so you can concentrate on how to best place your tavern and houses. 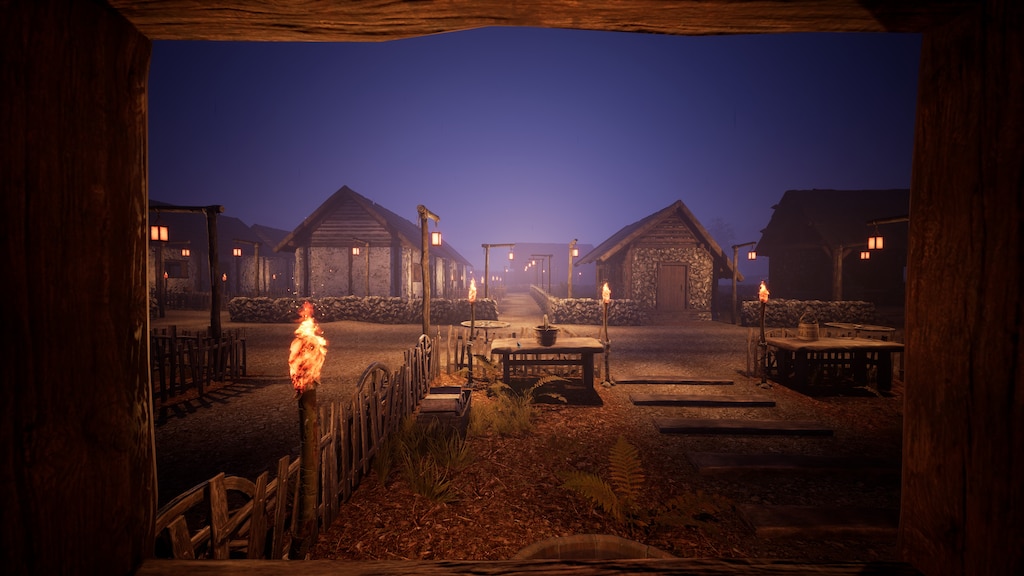 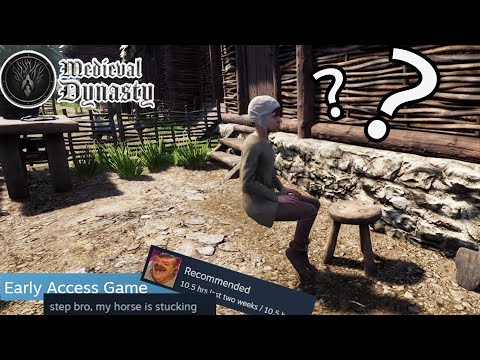 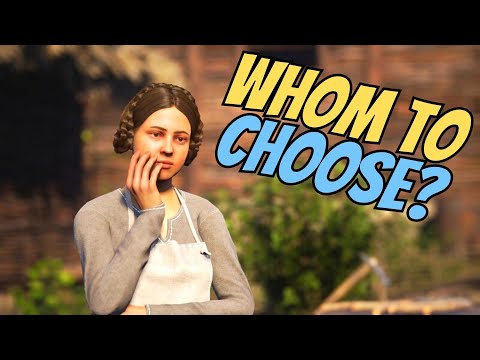 0
1
Medieval Dynasty - Whom to choose? 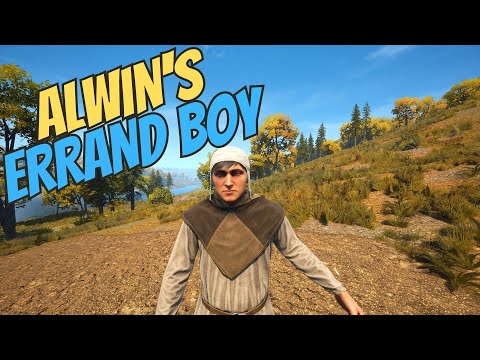 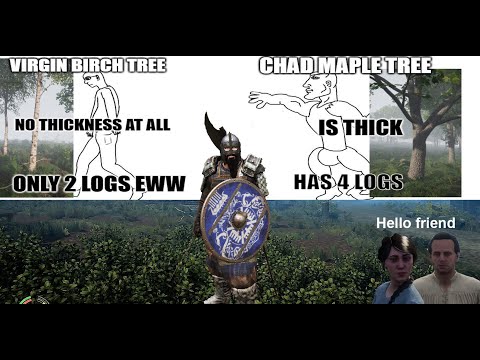 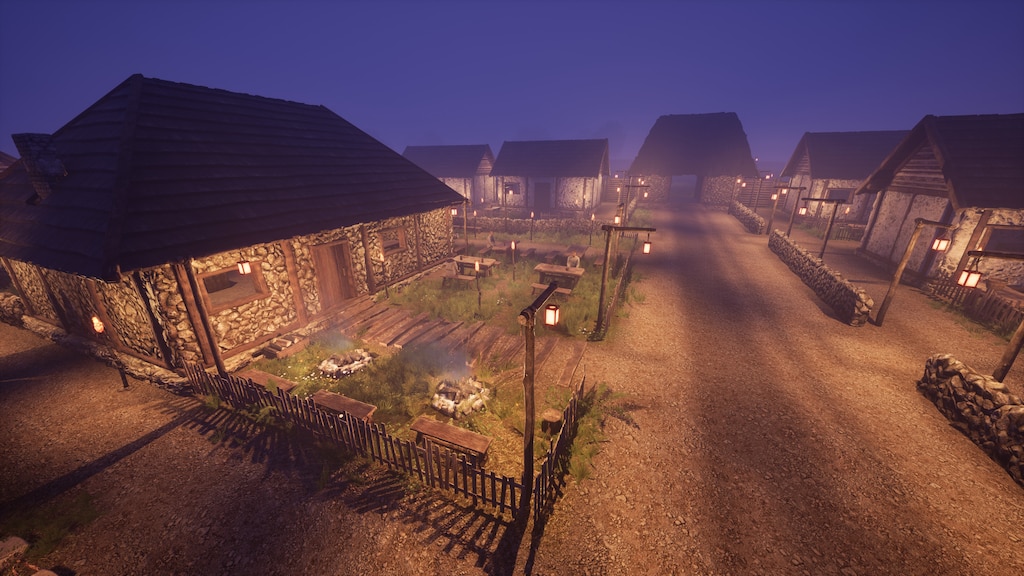 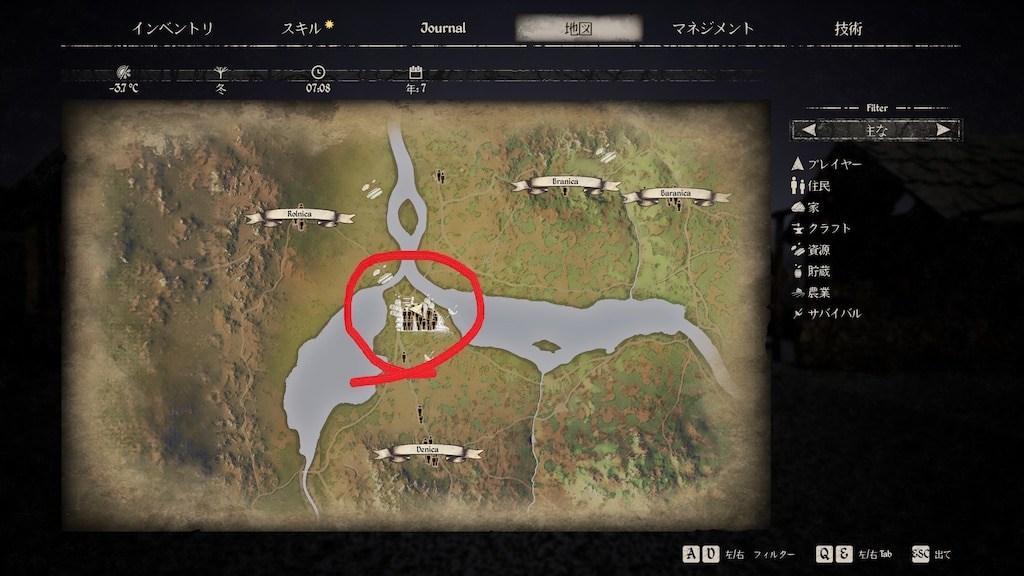 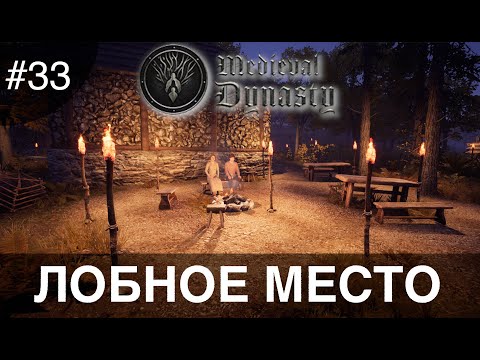 dimples
2 hours ago
General Discussions
Kinda stuck...
So yeah, I have my village, I have my villagers and I am making around 300 coins per month. It is enough to survive, but I can't expand. This money is enough for taxes and some resources and stuff that I can't produce yet, I am in a loop, if I expand my village I get more money but the taxes raise and it is just an annoying loop...
29