The recent update v1.1.1.1. is now available on the Live Version.

We hope you have enjoyed your holidays so far and we have a new update available for the Public Stage.

IMPORTANT: the snowmen are removed from the Public Stage version.

How to join the public staging?
Some of you probably have not done this before, so we have a small guide:

Prerequisite:
You must have Medieval Dynasty in your library – obviously.

Steam should now download this version of the game.

Just in case something goes awry!

Saves can be found here:

*Steam labels all those builds as "betas” albeit they’re not betas, so do not be too confused!

It’s that time of the year, winter has arrived, and you’ll have some time to play games, hopefully! The denizens of your town report the appearance of snowmen around the settlement, it looks like the children went outside and created them. But considering the scarecrows and the piles of leaves… could it be possible that the snowmen are the ones trying to have some fun too?

It is time to load the winter update and find out what the snowmen are up to!

Here is the link to the update notes.

We hope you will enjoy Medieval Dynasty!

Happy Holidays and see you around!

PS: the next big update may take some more time to hit the game as we begin the work on the console version of Medieval Dynasty, stay tuned!

Since the 1.0 release of Medieval Dynasty this fall, we are now on the road of adding many more features and functions to the game. This first major update is a “quality-of-life” update in its purest form.

When playing games in first person view, some of you may experience something called “simulator sickness”. Originally this subset of the motion sickness was discovered when training pilots. Scientists – after researching this sickness – found two plausible theories: a sensory conflict or a postural instability, a balance disorder. Whatever the reason behind, the effects are the same: vertigo, nausea, disorientation, or discomfort. To ensure that everyone can enjoy Medieval Dynasty to the best extent possible, we are now introducing the Third Person View as an optional feature.

So, whether you are affected by any of the above symptoms or just like to roam around in the Medieval world from a different perspective, we hope you are enjoying this additional feature to the game!

In addition to Third Person Perspective, we have added a much-requested change that is sure to make your heart beat faster! From now on, you can change settings and adjust them during the game! Something that was previously only possible before the start of a new game. You need more power and storage space to transport things? One click and you can pick up as much as you want. You are facing an almost invincible fiend? Quickly increase health points, fight the enemy, and continue playing in a relaxed manner. Now with these new possibilities, you can transform old save games. For example, increase the number of buildings and further expand your city. What do you think? We are listening to your wishes!

Here is the link to the Update Notes.

Please do not keep playing on saves created on this Public Staging beta version v1.1.0.1.

Even if you are currently not experiencing any issues, once you have saved your game on the Public Stage there is a chance of your save becoming irreversibly corrupted and unplayable.

We are sorry for this inconvenience! We have identified the issue and we’re currently in the process of fixing it. However, the warning still stands for saves made on Public Stage. Do not use them for the live version. Thanks for your patience

At the same time, we want to thank all of you brave testers who have joined the Public Staging branch to help prevent such issues from being released as regular updates. Without you we would not have noticed this so quickly.


How to join the public staging?
Some of you probably have not done this before, so we have a small guide:

Prerequisite:
You must have Medieval Dynasty in your library – obviously.

Steam should now download this version of the game.

Just in case something goes awry!

Saves can be found here:

*Steam labels all those builds as "betas” albeit they’re not betas, so do not be too confused!

We’re happy to make Medieval Dynasty accessible to an even broader audience soon!

In first person view it may be disturbing not to see your own body, this can affect perception and cause unwanted efficiencies like nausea and dizziness. The dreaded motion sickness.

The Third Person View is countering this effect and helps those affected, so they can play games that would normally take their toll on well-being.

Check out the teaser video now:

Steam Awards are coming soon and now you can nominate Medieval Dynasty for an award. We’ve chosen the ‘Sit back and relax’ category for this game and we hope you agree. This is how you do it:

1. Launch Steam,
2. Vote for Medieval Dynasty as a candidate in the “Sit back and Relax” category,
3. Now get into a seated posture of your choice,
4. Start Medieval Dynasty,
5. Go ZEN.

That’s all. You’re relaxed, right?
Best wishes and many thanks!

We joined forces with @creepyjar to bring you the Survival Instincts Bundle.

Make sure to grab this to get a huge discount on both games, the deal will disappear from Steam on December 1st.

Green Hell is an acclaimed survival game that challenges players to manage everything from their nutritional needs to their own sanity; Creepy Jar relentlessly added more and more content to make Green Hell a fully robust and deep experience. With 2 million players to date and coop mode it’s one of a kind experience.

One thing is for sure, with this bundle the survival instincts are more than challenged.

Autumn is well and truly here and what's more, we have an Autumn Steam sale starting today! To celebrate this we have added some new in-game content to Medieval Dynasty.

To help set the Autumnal mood, we've added piles of leaves all over the map.

It's worth to find them - you will get some nice surprises! (IMPORTANT: this event lasts only for a limited time!)

Also, from now on you can build scarecrows and place them in your fields to watch over your precious crops. (NOTE: You can only place them on the border of your field, not in the middle.)

We’ve heard that they can be a good companion when sitting by the fire - not too talkative though. 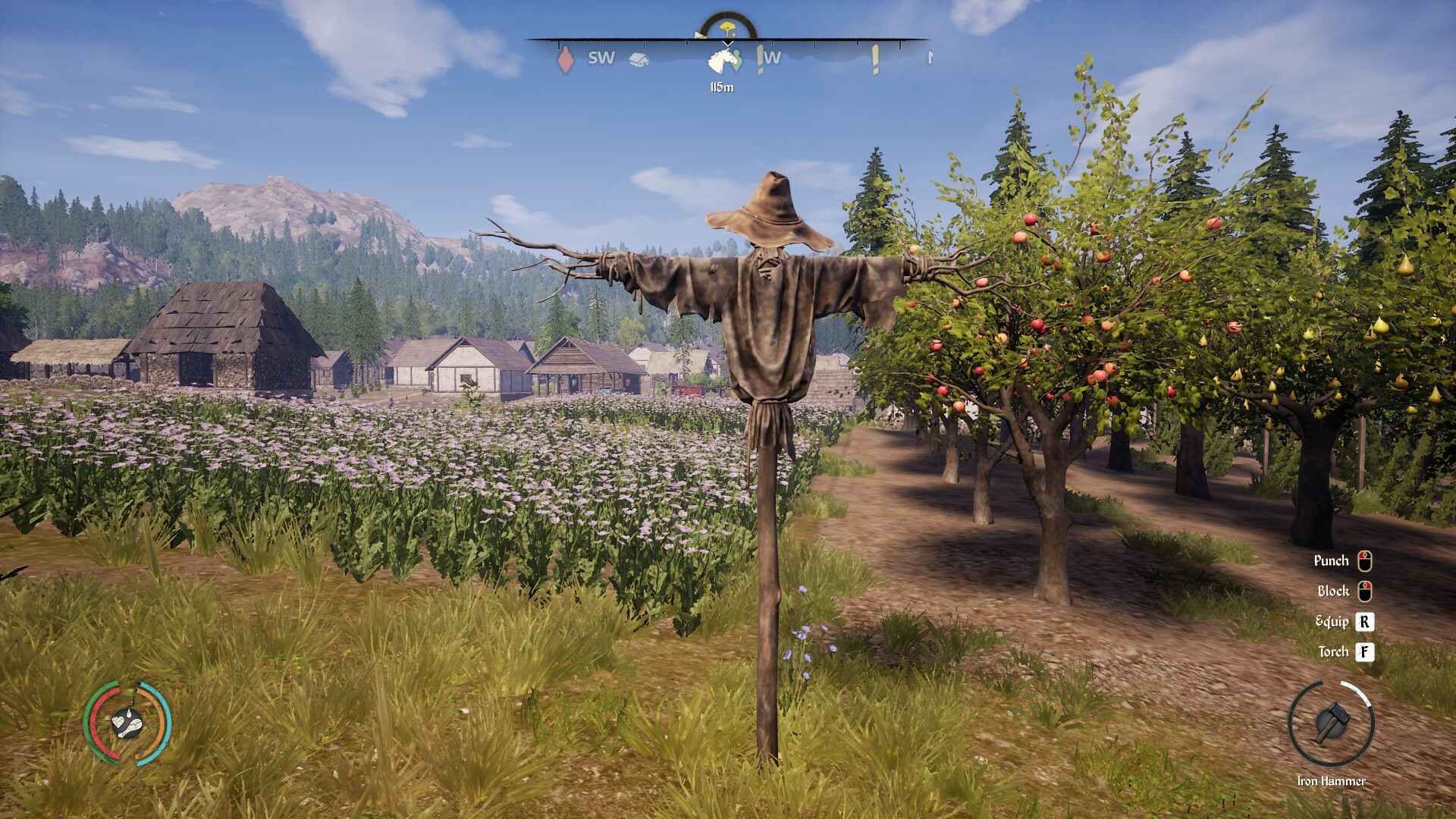 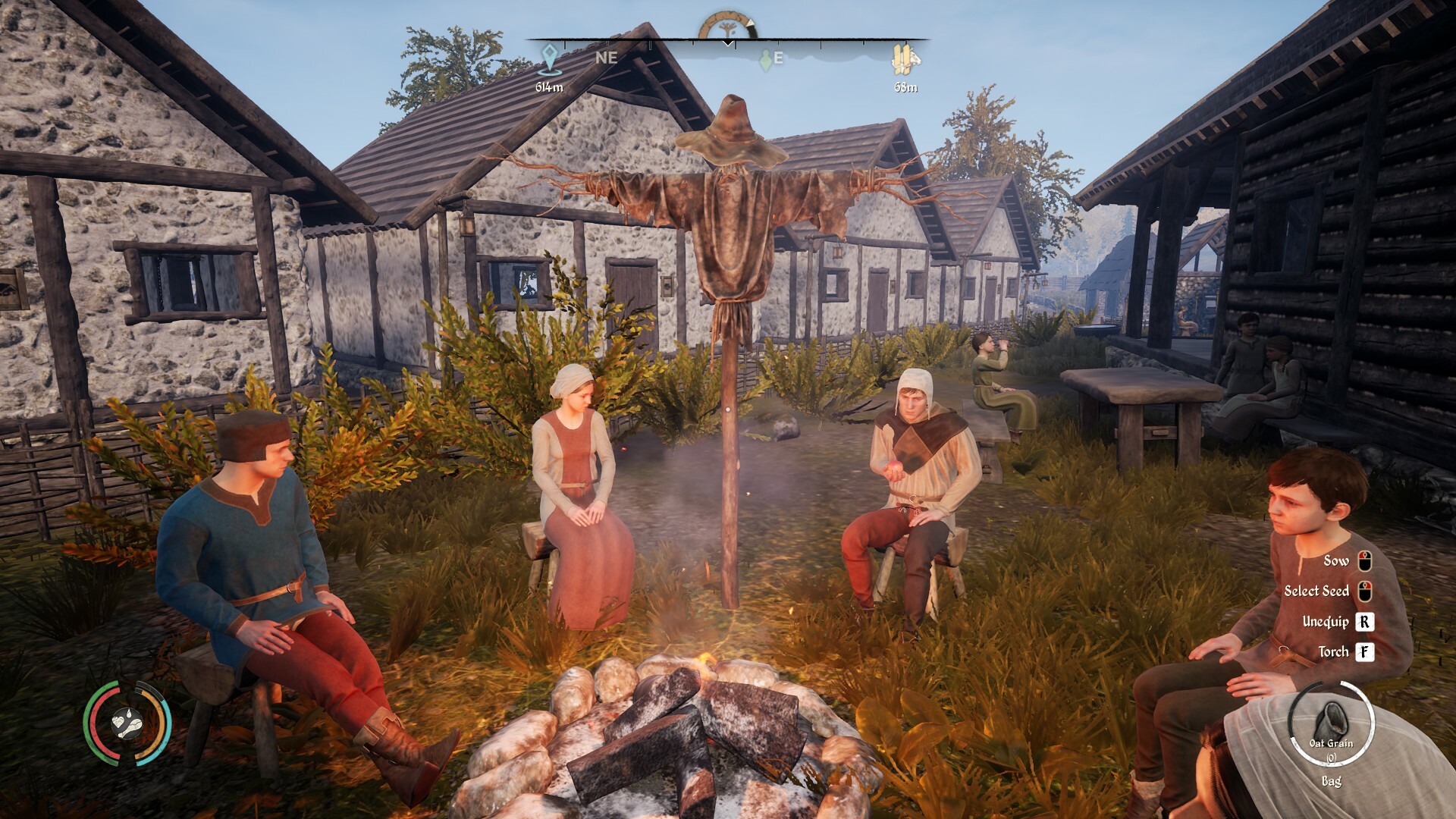 We have a new build for the live version (v1.0.1.1.) adding a great and useful QoL feature: Drag and Drop!