A 2.5D horror game inspired by Clock Tower and Fatal Frame, mixing cyberpunk with traditional Cantonese folklore. With careful attention to pacing, atmosphere and storytelling, Sense hopes to return the horror genre to its roots by celebrating visceral horror and the slow, fearful creep of dread.
$19.99
Visit the Store Page
Most popular community and official content for the past week.  (?)
On Recent Events
Jan 7
Hello everyone,

This is the publisher, Top Hat Studios, just wanted to drop in to say a few things. As many people know (or as some people may not know), Sense was recently covered by Nintendo Life for its upcoming Nintendo Switch release, in partnership with EastAsiaSoft. As a result of this coverage, Nintendo Life's article was shared in some twitter and facebook groups which made it their mission to harass and send abuse toward both us as well as the developers of Sense publicly and privately, including significant threats as well as doxxing in addition to other less than ideal messages and false information about the game. We responded rebuking these people, as well as saying in spite of this we would not change content in game. This lead to further controversy with us being accused of making up the controversy for a marketing stunt, which, as those who follow our social media may have seen, was certainly not the case. We also wish to make clear that Nintendo Life's article itself was entirely fair, and none of this is their fault.

In response to this, we wanted to say that we greatly and sincerely appreciate the overwhelming support which people have shown to both us as well as the developers of the game in light of these events. It has been an incredibly stressful few days, and we cannot thank everyone enough for their support, no matter how they have sent it to us. While we never asked for this support and just wanted to stay true to our values as publishers and creators, we appreciate the overwhelming support shown to us.

However, we would like to say that with that said, please do not break any of Steam's rules. We have noticed some behavior both on the forums and in the reviews which is borderline contentious. If you are going to leave a review or engage on the forums, please make sure it is within Steam's rules. While, as many have noticed, we generally take a hands off approach to moderation, we cannot allow people to violate any of Valve's site-wide rules. Please keep both reviews and threads topical. Once again, we do appreciate the overwhelming support, but please do not violate any of the site wide rules.

Also, to be clear, both us and the developer understand that this game is not for everyone. If you enjoyed the game or did enjoy the game, you are entitled to your opinion. We understand the game is somewhat niche and may not appeal gameplay-wise to everyone. However, there is obviously a difference between such and the abuse we had received on social media. The developer is very open to critique and feedback and we are more than happy to pass valid feedback to them.

We will remain in strong support of principles of developer expression. Thank you to everyone who has shown support to both us as well as the developer of the game SUZAKU.

Sense - 不祥的预感: A Cyberpunk Ghost Story
581
84
As An SJW
I have worked for years in social justice and am quite curious what all the hate for SJWs is around here. Is it really the case that social justice is frowned on around here? Surely furthering equality for minority groups isn't something to be derided.
341

Recommended
0.4 hrs on record
I am a simple man. I see devs who stands against sjw twitter cancel culture BS I stand with them.

Not my type of games but i'll give it a try. 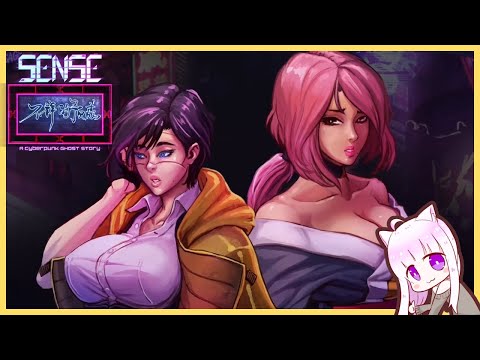 Recommended
6.2 hrs on record
I brought this game because the developer refuse to give into self-censoring as SJW request, but what about the game quality itself?

Graphic
The character movement animation still not smooth as it should be,still see some joint like arm or leg on the first costume, which made me bit frustrated, and menu UI are a bit confusing, and not so friendly to me, but for overall, it's doing fine

Gameplay
Developer doesn't give us much freedom to collecting this and that, must wait for some sequence to happen, then walk around again just to collect that joss stick to make an offering, which made me feel like "What??" seriously, this game need a bit more of freedom to take things

Lore
If you're not the big fan of Hongkong horror movie (or both horror and funny) about Jiang shi, you wouldn't know much about Taoist priest who prepare the exocise ritual and such, some cut scene should have the subtitle, because not all player (be it asian or westerner) know the language (which swap over depend on the ghost, Japanese and Cantonese), this is a point where you need to work on it a bit more, teach some context to player about the ghost in Traditional chinese way too

Final verdict: Not bad, but recommend to buy during discount sales

parts word:even there's a lot of stuff that doesn't really make sense, but I'm sure if there any sequel of this game, please bring my comment into your consideration of improvement

Recommended
8.5 hrs on record
I bought this game because I support the developers "no censorship" policy. I usually do pretty extensive research about the games I buy, but I thought "nah, I can sling them some cash out of respect."

As the game goes, it's pretty good. Very basic, you go left or you go right, you find items and information which you then use to solve puzzles and progress; basic point n' click stuff minus the pointing.

Gameplay is probably too basic for my tastes. You don't manually combine or use the items from your inventory, it just progresses automatically if you possess the right items. This is good in a sense, as it eliminates the "Use item on everything" formula, but it does streamline the experience to simplicity.

There is a fair amount of backtracking early on which is a touch tedious. Items that you've examined earlier only become available for pick up once the puzzle they're required for has been discovered, meaning you'll be revisiting earlier areas to grab stuff you should've been able to pick up 10 minutes ago.

Music is minimal but does it's job; it sets the tone and maintains it well. End theme over the credits is pretty nice but none of it is particularly "cyberpunk-y", which leads to my main criticism of the game: The almost total lack of cyberpunk elements.

In the intro, you're shown a pretty cool cyberpunk world; sexualised, adverts everywhere, cybernetic limbs, all that good stuff, but once you get into the main gameplay area (an old apartment building) all the cyberpunk elements disappear. There's no scanning or hacking mechanics, no technology at all actually. Our main character has cybernetic eyes but they don't factor into the gameplay at all. The cyberpunk part honestly feels a little tacked on and unnecessary, it doesn't enhance or inform the gameplay or story in any way; a missed opportunity.

Story is solid, taking inspiration from Taoist mythology (or so I assume, I know absolutely nothing about it). Trapped spirits, exorcisms, figuring out why the spirits are stuck. You uncover backstories for all the spirits and while not super well developed, they are all perfectly adequate. There's little bits of world building and lore as well, which is always nice and it isn't overly heavy on the notes which a lot of indie horror games can be.

The horror aspects are quite mild, no real jump scares, a couple of basic chase sequences. Enemy design is varied but they all function the same way. You press space for a very basic attack which is only used a handful of times. There's nothing overly horrific or gory in the game which is actually not a bad thing because again, indie horror games can lean too heavily on that sort of thing. I would have liked it to be a bit more disturbing and unsettling though.

Character designs are great. I love big boobs, I won't apologise. There's cool costumes to unlock, mostly on New Game+ which I played through so I could see them. They're great. Very revealing and heavy on the fanservice which is welcome because the protagonist is hot. Bravo.

Overall, for a small team this is a solid game. There's room for improvement of course, it's very basic in almost all of it's elements, but what it does set out to do it does well. I'd like to see a heavier emphasis on the adventure game elements in future; inventory puzzles, combining items, all that stuff. If the developer stays in the cyberpunk setting they should really lean into that, make it a core part of the gameplay. I'd like to see stuff like the hiding mechanics utilised more and a greater variety of enemies with different behaviours.

I will be keeping an eye out for more games from Suzaku.

0
0
Stripper's in the club animation 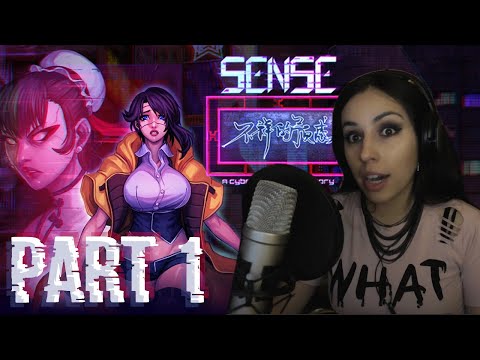 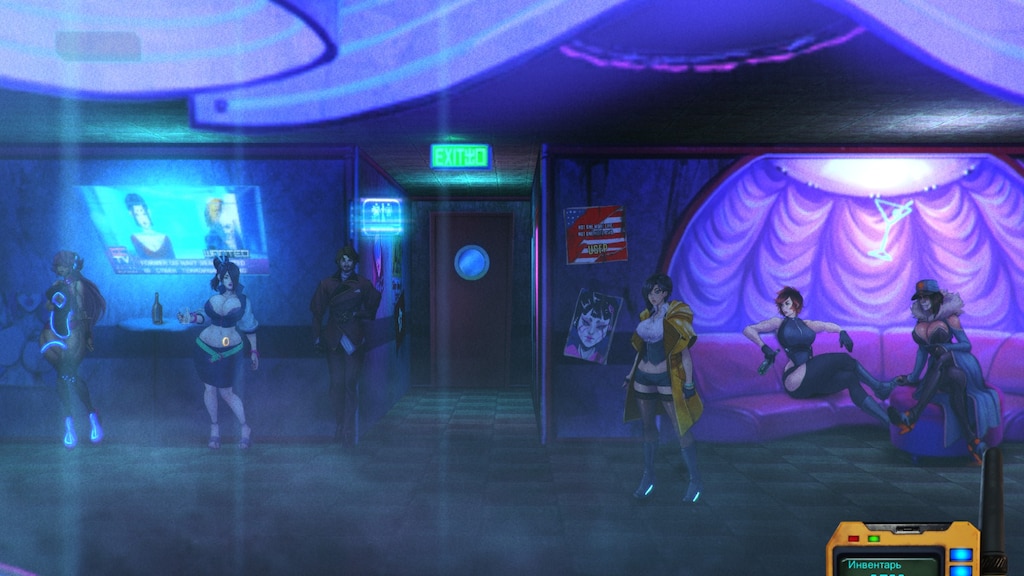 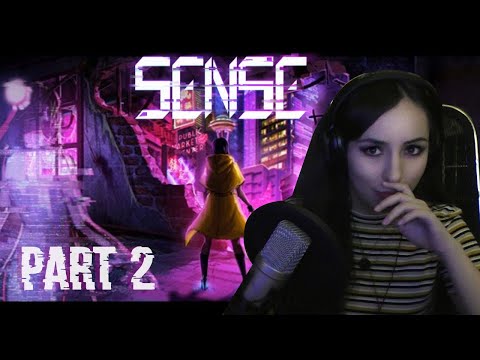 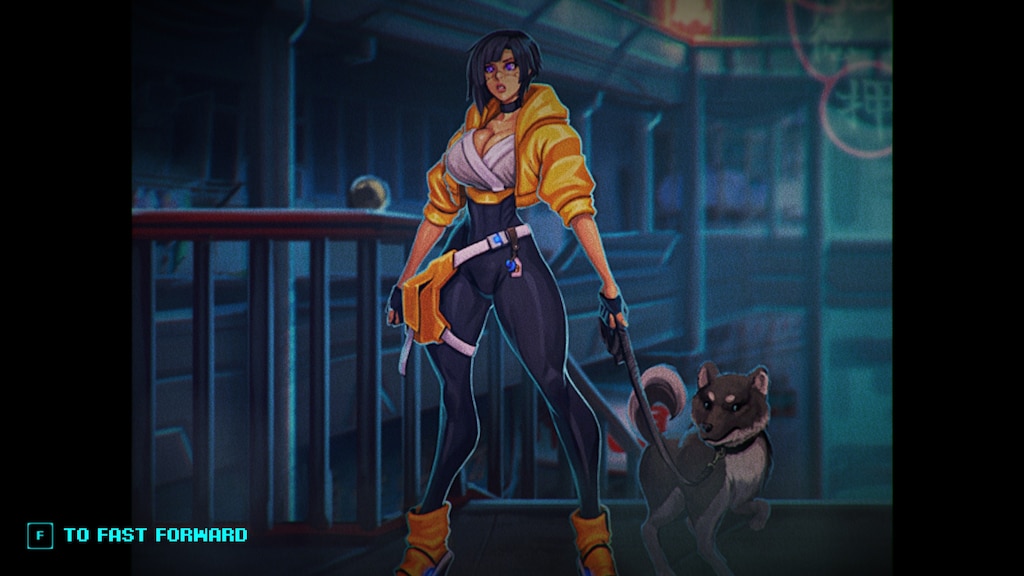 The Chosen One
View screenshots
Screenshot 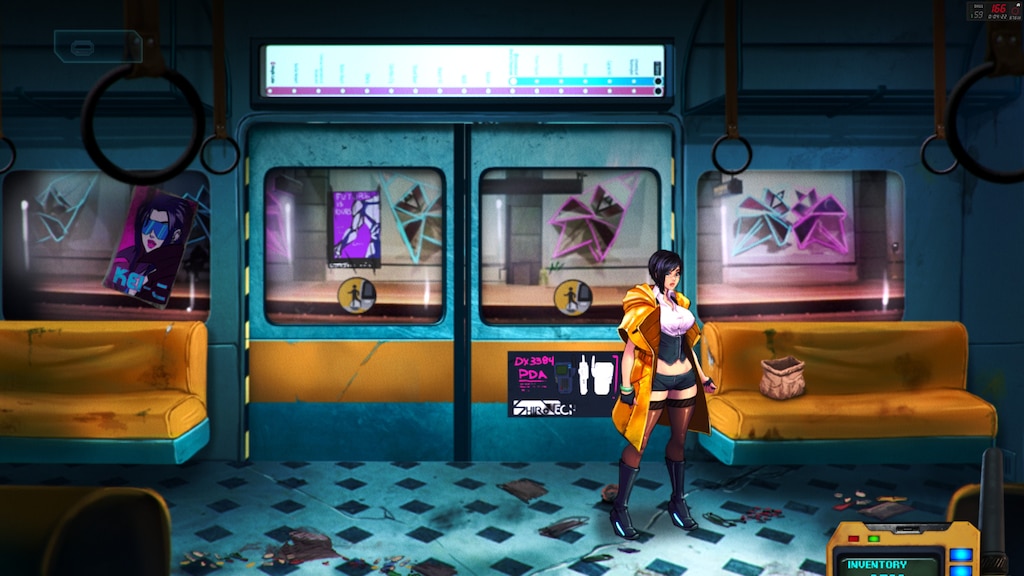 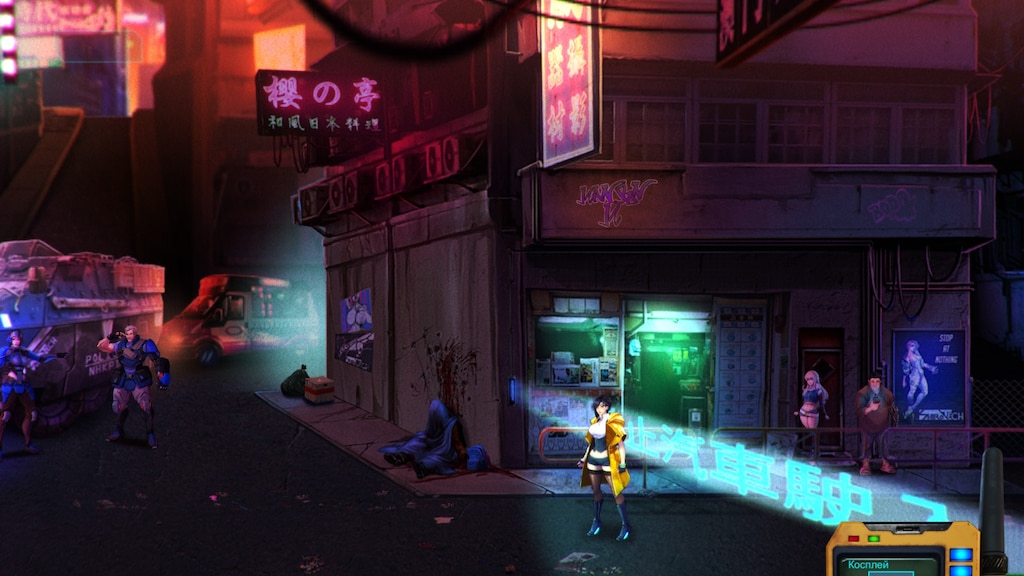 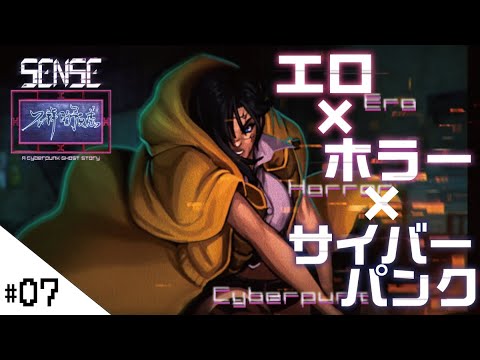 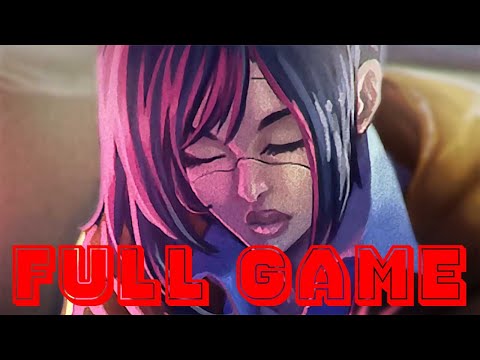 Lithium
13 hours ago
General Discussions
is there any practical reason to have a sexualized protagonist in this game?
is it at least optional? naturally i dont support any harassment or cancel campaign against the devs, but lets be sensible here, how is sexualizing the main character benefits the game in any way? to me it seems ponitless, stupid and counterproductive since it heavily distracts from the horror aspects of the game. there is no reason in the narrative at all why you are playing as a basic bimbo unless you're playing some prostitute or stripper. so if the sexualized outfits are optional then i dont mind, l...
97

Jolly Jew
6 hours ago
General Discussions
What controversy?
Everyone's saying that the Devs are fighting censorship. Who is censoring this game? Woke liberals on Twitter with 15 likes? Concerned soccer moms writing soon-to-be-ignored letters to Nintendo? How have they even censored it? The game is already available to play. It's not been removed by anyone but the devs, and that was for bug fixes. I've heard that there's been review bombing. When? When did this review bombing even occur? I look at the store and it's mostly positive reviews. I saw maybe two negative...
82

{ST}SbrTthBttrfly
Jan 8 @ 4:08pm
General Discussions
Anti SJW stuff?
Hey y'all, was not aware of this game before today when I noticed a review gaining traction saying "#stands against anti censorship" or something like that, and naturally I was a little confused lacking context. Scrolling through the community I saw more posts being along the line of "developer says screw SJWs" etc. and I feel like I know why but I would just like elaboration. Are y'all really commending this game and the developer for being subversive against "SJW" types for giving the protagonist (and ...
51