Squad up with Dom Santiago in Operation 4 Brothers in Arms, available now. Play today with new heroes, new maps and new rewards. From one of gaming’s most acclaimed sagas, Gears is bigger than ever, with five thrilling modes and the deepest campaign yet.
$39.99
Visit the Store Page
Most popular community and official content for the past week.  (?)
when will this game not be bad?
i gotta know
40

Gears 5: Collectibles Guides
A detailed guide to help you find all the collectibles hidden in every chapter of every Act in Gears 5. *Image Heavy* https://imgur.com/ulVXiKG.png
208 ratings 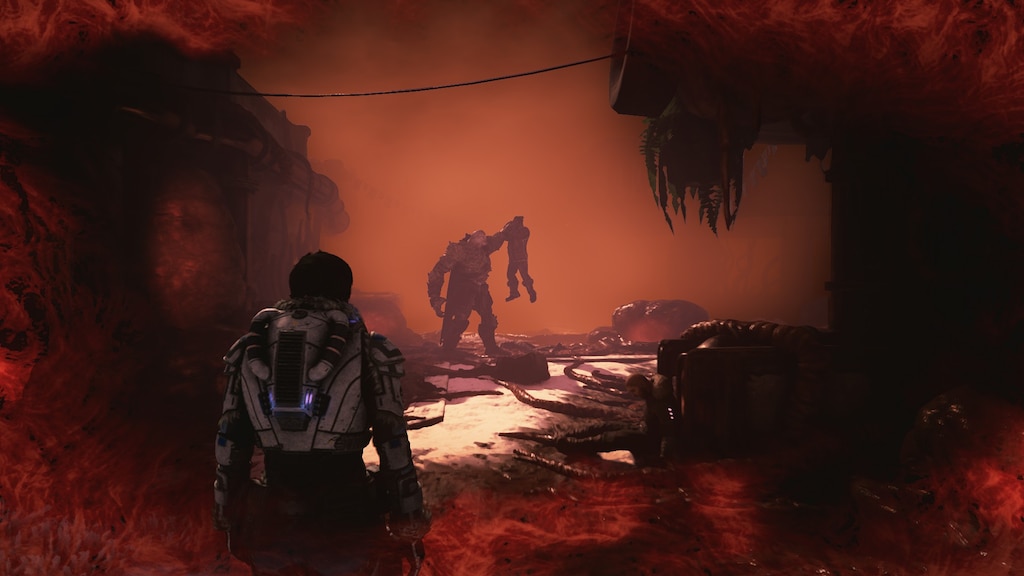 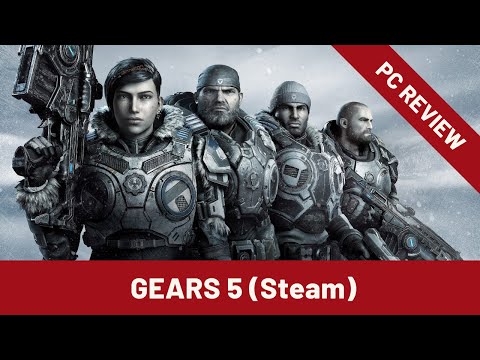 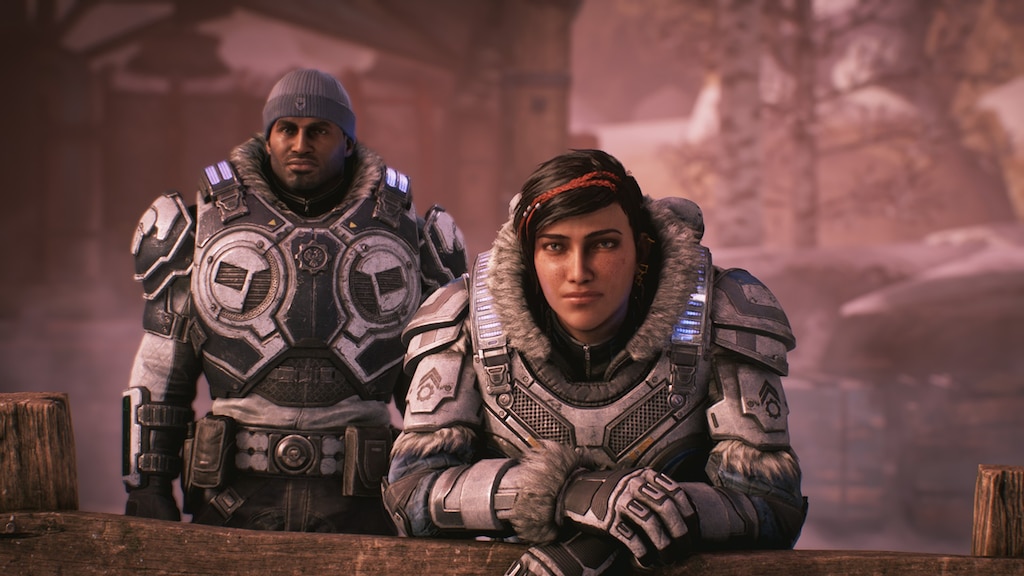 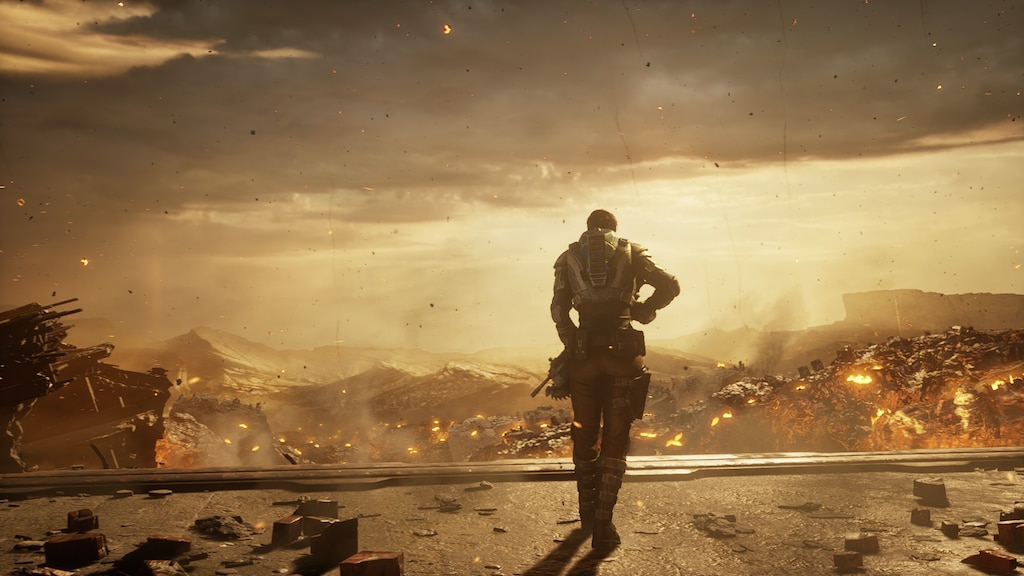 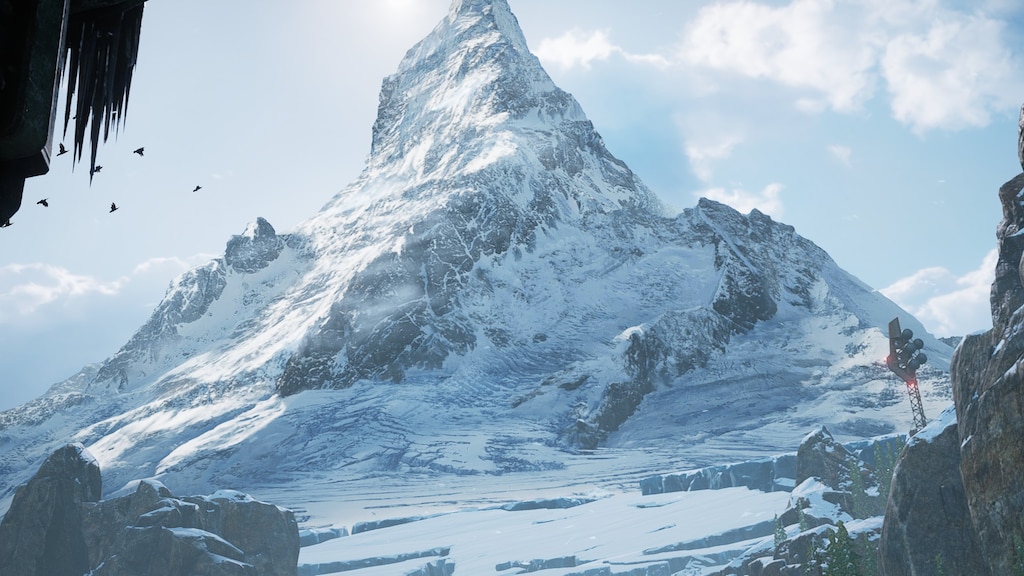 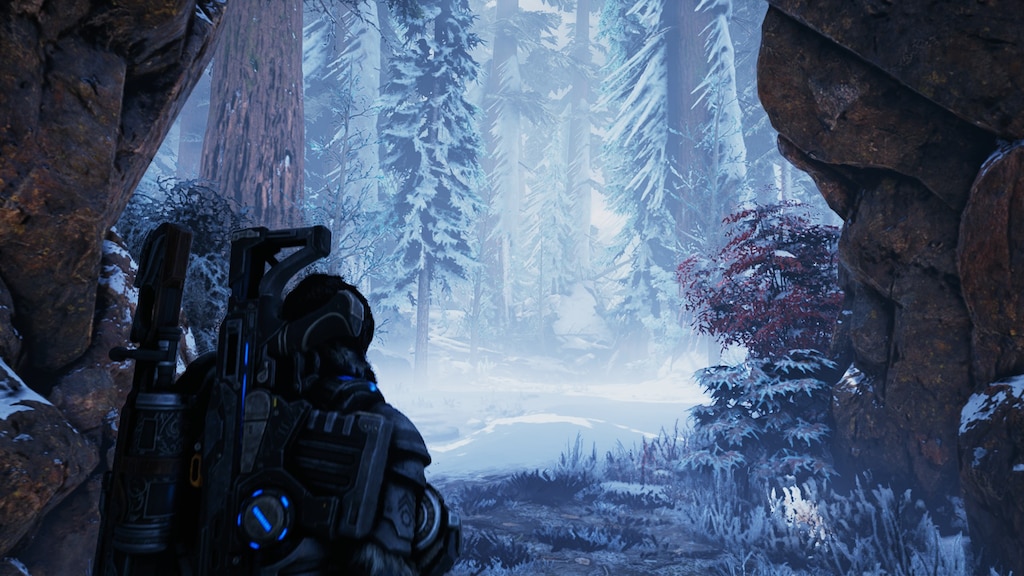 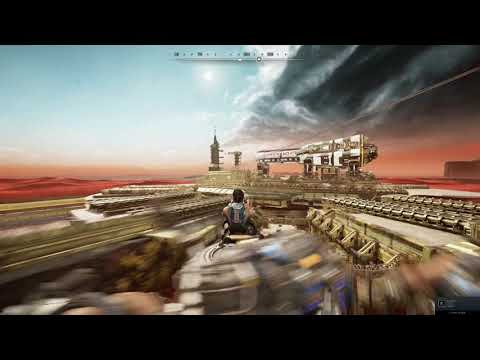 A Comprehensive Guide for Horde (Updating for OP4)
This guide aims to deliver everything a Horde player needs to know.
52 ratings 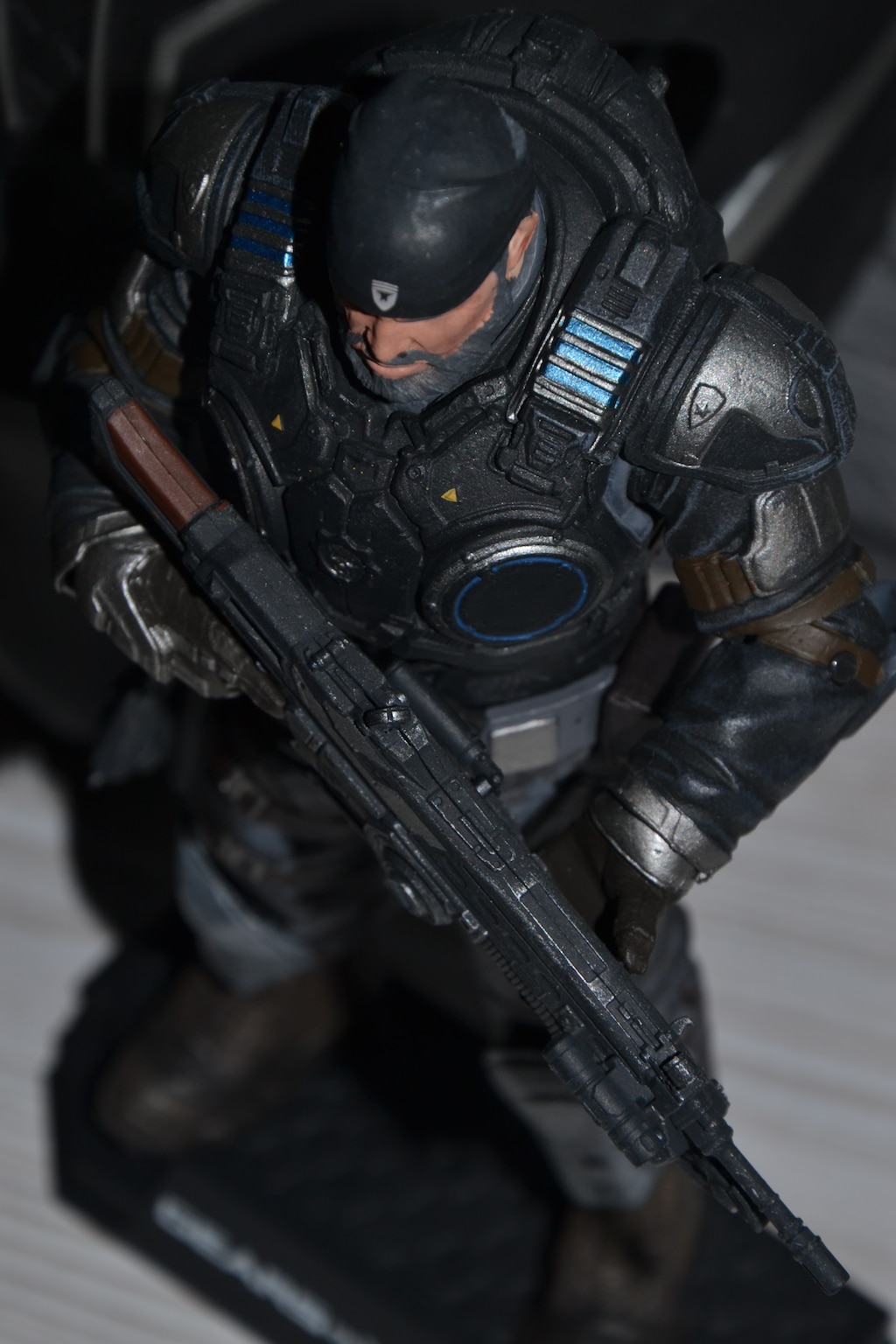 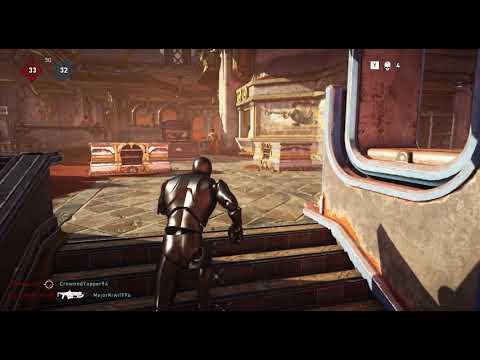 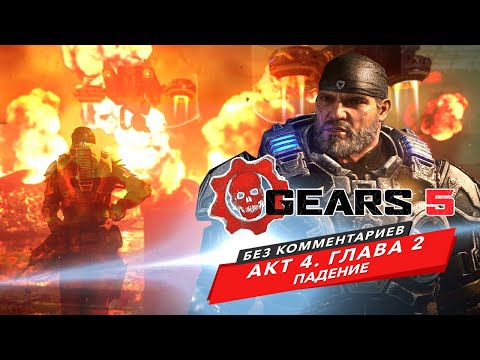 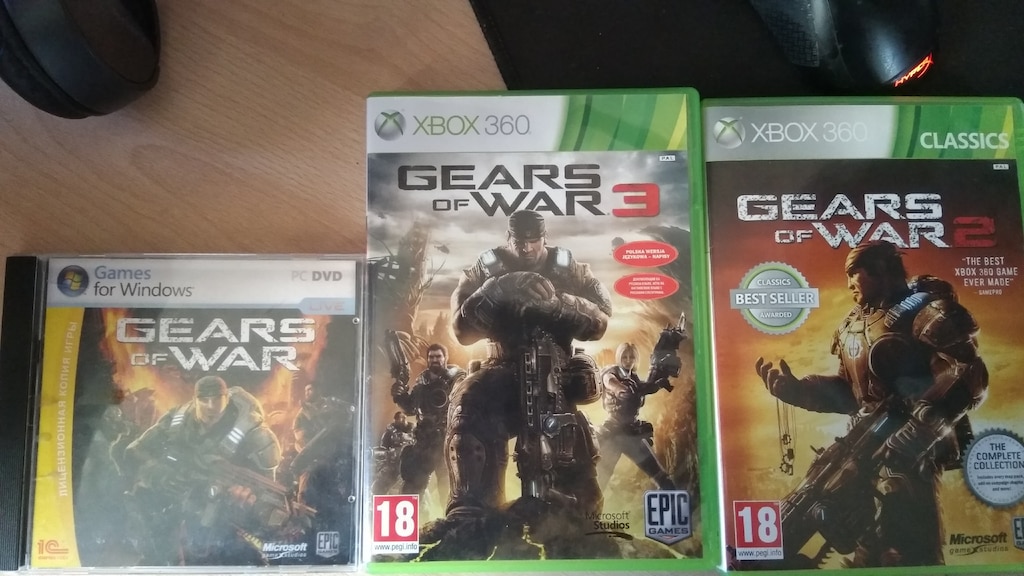 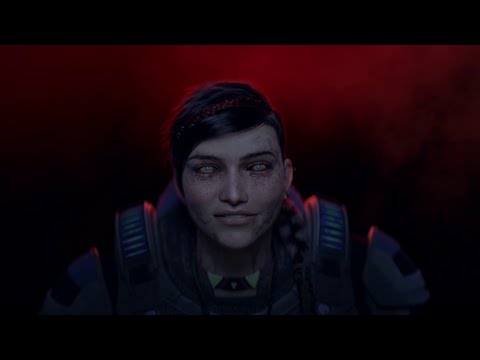 COG Gear - Simple character guide
A simple and not too long guide on the COG Gear character for horde and escape. This includes my thoughts on them as a character, their skills and cards, and was written at the start of Operation 4 with the PvE rebalance.

Not Recommended
15.3 hrs on record
the story is alright, but its really short. the meat and potatos of this game is online multiplayer and its already dead. get gamepass and play the story if you must, but the story is not worth the 50-60 dollar asking price.

Recommended
7.1 hrs on record
Beautiful game with a decent story! 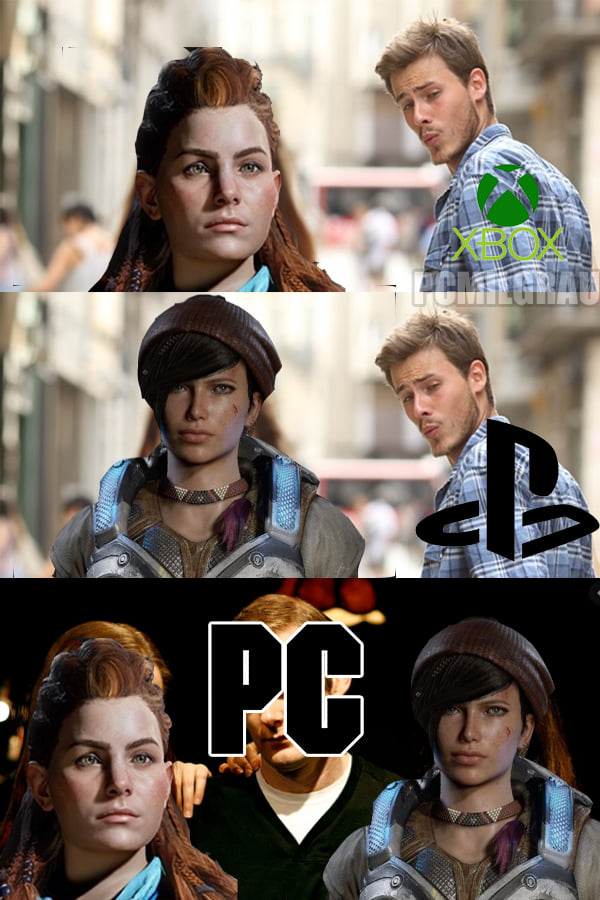 Recommended
16.3 hrs on record
This game is bang average, and terrible comparing from its previous installments in the franchise (Excluding judgement ofc).

This review is mainly for the story. If you want a quick review of the multiplayer here it is:

3 man coop is a pretty interesting a fun game mode with friends, but it does die out quick and gets boring. The normal pvp is the same and always has been great, but with new operations and extras like it was like from gears 3-4. Hoard mode is okay, but it can never beat 3's mode of that.

The story is pretty dissapointing. It felt pretty rushed, but I gotta give the enviromental artists praise as it's the best it's been in a while. The one memorable acts were the first and last as they were linear-classic gears gameplay, but the ones with the skiff seemed way too off putting and boring for level design. Essentially, they put you on this massive map with a side mission and the main story. I prefer the classic gameplay where it wasn't non-linear, but it just put you into the fight than skiffing for half of the act to the places i need to be.

One thing i was really dissapointed about from the ending is how it was identical to the 4th ending. Personally, the 4th ending was amazing as it shown that Kait's mother is the queen, and now it's the same, but "we gotta find where she is now", what could've happened in this game, given how fast the story was. When we defeated the giant final boss, I wasn't expecting that just to be the ending. I expected to find her mum and do a massive show-down, and then end the game to a sequel not just "oh we now have to find her".

One thing I have to praise though is how phenomenal the level design is WHEN it's linear gameplay, and you can see the emotions on the characters; especially in the end when Del/JD die and you have to have the choice (i choose JD because i don't wanna see marcus in disbelief lol) and how brutal the game is. It really gave me death-bat city vibes from gears 1 but slightly worse.

Also ♥♥♥♥ you for killing jack

All in all, I only recommend this is it's HEAVILY reduced as I'd buy this just for story if you played the previous. If I had to put it in order of best gears game to worse it would be like this (out of 100 too)

Here's a quick rundown of pros/cons:

low
15 hours ago
General Discussions
WORK ONGOING: Gears 5 Service Stability
5:45pm PT We have been gathering reports from some players missing collectibles and chapter progression, including related achievement progress. We have a plan to target resolving this and work is underway. We'll keep you apprised of any updates. ...
624

TC Octus
Sep 14 @ 10:12pm
General Discussions
Doomslayer for Gears 5 now that Microsoft owns Doom?
This would be the perfect game to have the slayer in since he's already know for beating demons to bloody pulps.
14

RyuHoly X #KeyboardWarrior
17 hours ago
General Discussions
Moving from Xbox PC to Steam
I've been playing Gears 5 as part of the Xbox PC sub ($1 for the first month, you know the deal). I'm enjoying the game tremendously, and would like to own it on Steam. However, as I've logged in with my Microsoft account to access Gears so far, I wonder how/if my progress will be carried over once I play via Steam. I'd hate to have to start from scratch... anyone know how this works? Thanks!...
4