View Stats
Global Achievements
Most popular community and official content for the past week.  (?)
OUT NOW - Play Tails of Iron the Next Master-Crafted Adventure from United Label
Sep 17
Greetings Explorers,

Today, we’d like to invite you to embark on another eye-catching adventure that will undoubtedly pull at your heartstrings and trigger your long lost love of challenging gameplay. Allow us to present Tails of Iron, our latest RPG adventure... OUT NOW!

https://youtu.be/dURR7WW6MGA
A Grimm’s Fairy Tail Inspired Art Direction
As with Roki, Tails of Iron embraces a beautifully unique art direction, in part, thanks to art Director Martin, whose Czech Republic background played a big role in his environmental design. The thick black lines that help characterise the stunning environments and intriguing characters are something that’s heavily inspired by Eastern European wood carvings, while the game’s dark moody atmosphere was heavily informed by the tones of Grimm’s Fairy Tales. Martin really enjoyed the way in which those stories appeared cute on the outside but harboured creepy dark undertones - a juxtaposition prevalent throughout the Tails of Iron experience… 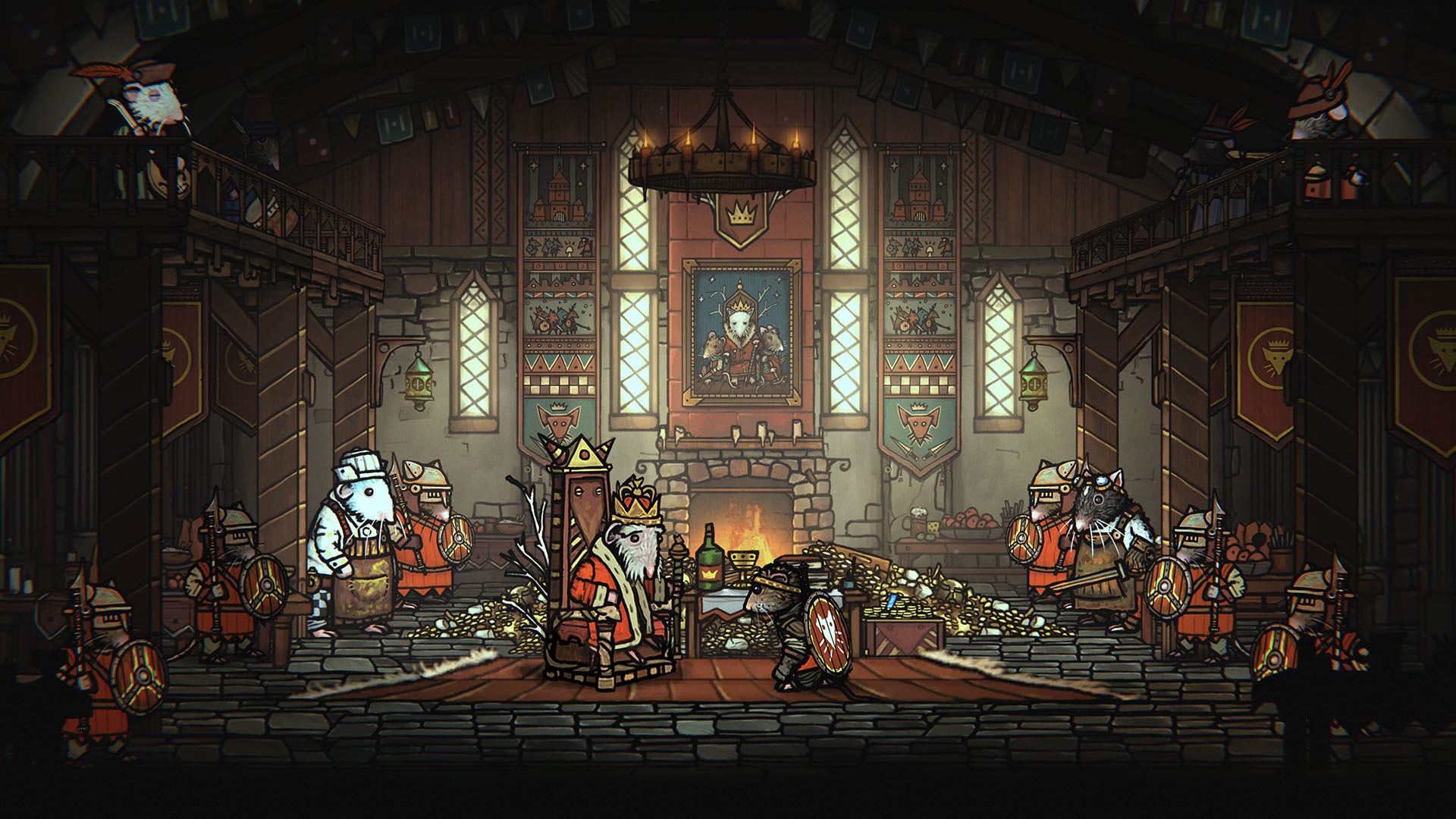 The Deep, Raspy Narrations of the Legendary, Doug Cockle
In addition to the alluring art style, prepare to be swept away by the instantly recognisable vocals of the legendary Doug Cockle. Doug has lent his award-winning deep and raspy voice to the game's narrator, providing commentary on how Redgi feels about the situations he finds himself in, while also helping guide you through the Rat Kingdom - a very welcome tourist guide, if you ask us! 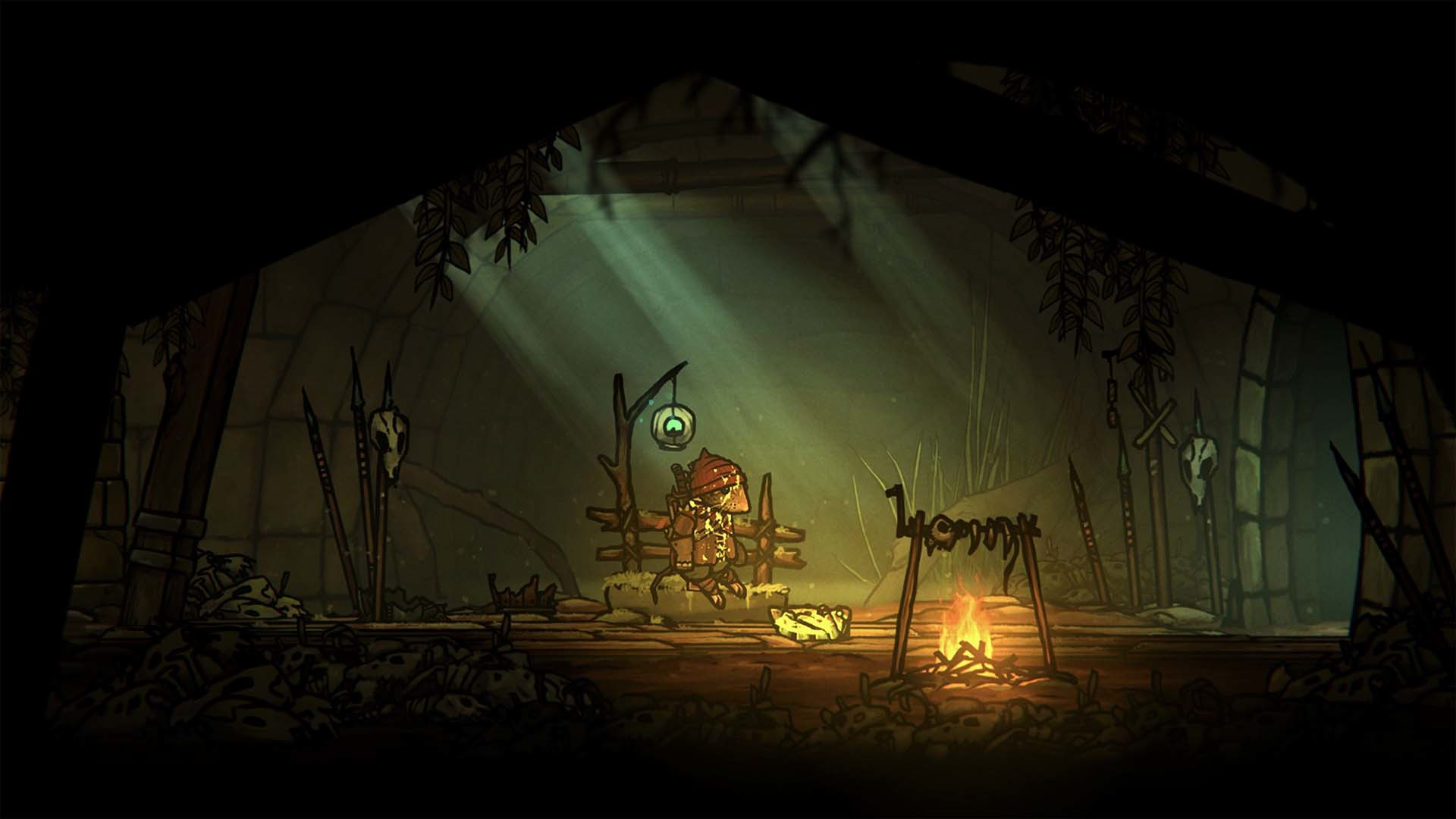 Immortalising Real-life Rats in a Video Game
As for the anthropomorphic cast, Dan, the Creative Director, owned a pack of rats that provided ongoing inspiration to the team while developing Tails of Iron. He’d owned rats during his childhood, too, but as a boy, grew up with a garden that would often inhabit hoards of toads, too.. As a result, he developed an unnatural fear of them. In turn, he’d spend hours imagining a world where his pet rats had jobs of their own, some of which were brave warriors who defended the realm (AKA garden) against these vile toads. Years later, these fantasies helped spark the world of Tails of Iron, and today, you can delve into Dan’s imagination and see for yourself just how heroic and noble the race of rats can be. 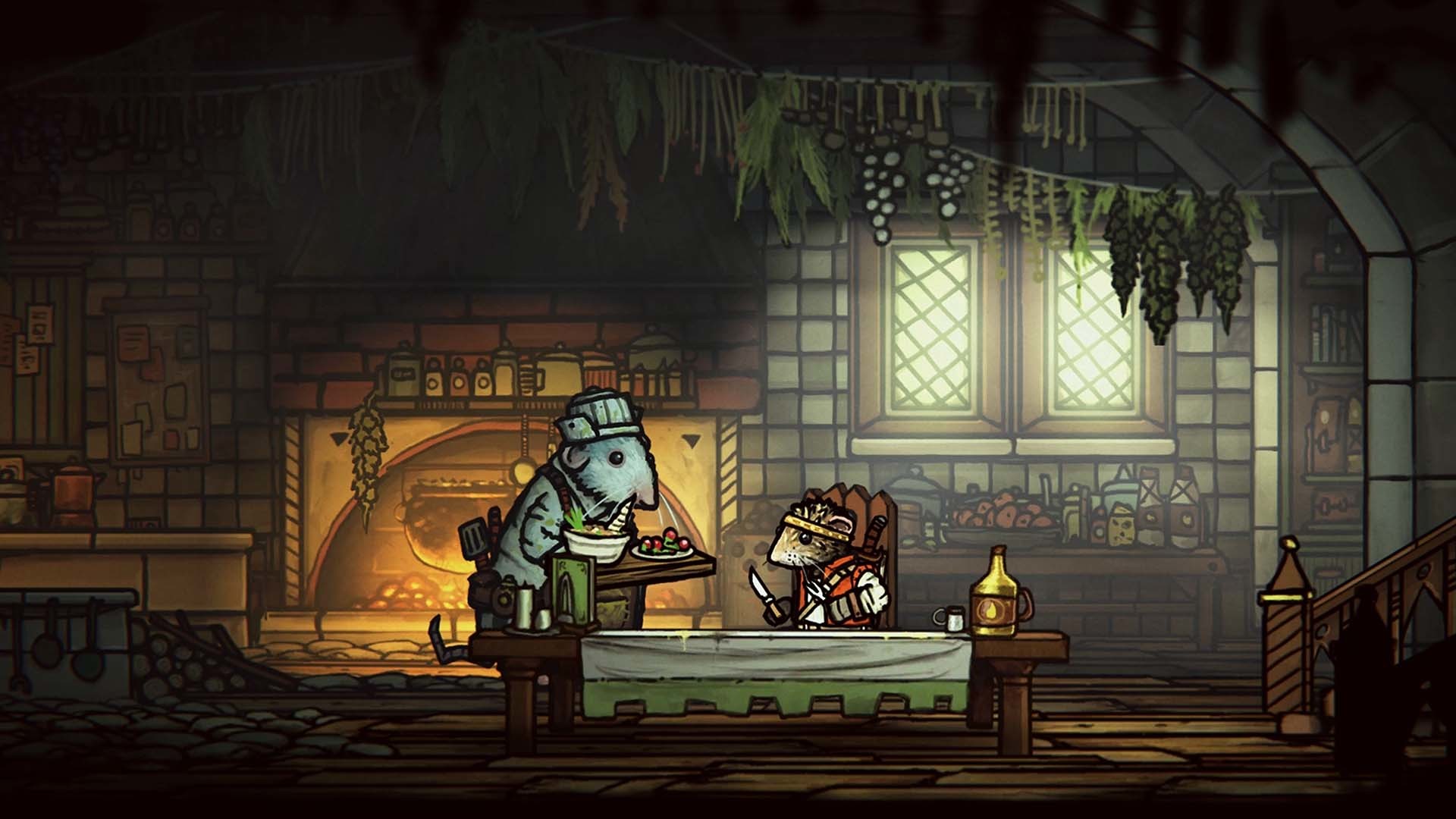 https://store.steampowered.com/app/1283410
Head over to the store page now and get 10% off Tails of Iron this week only - we’re sure our latest release will touch your hearts just like Roki did almost a year ago - Your tail begins… 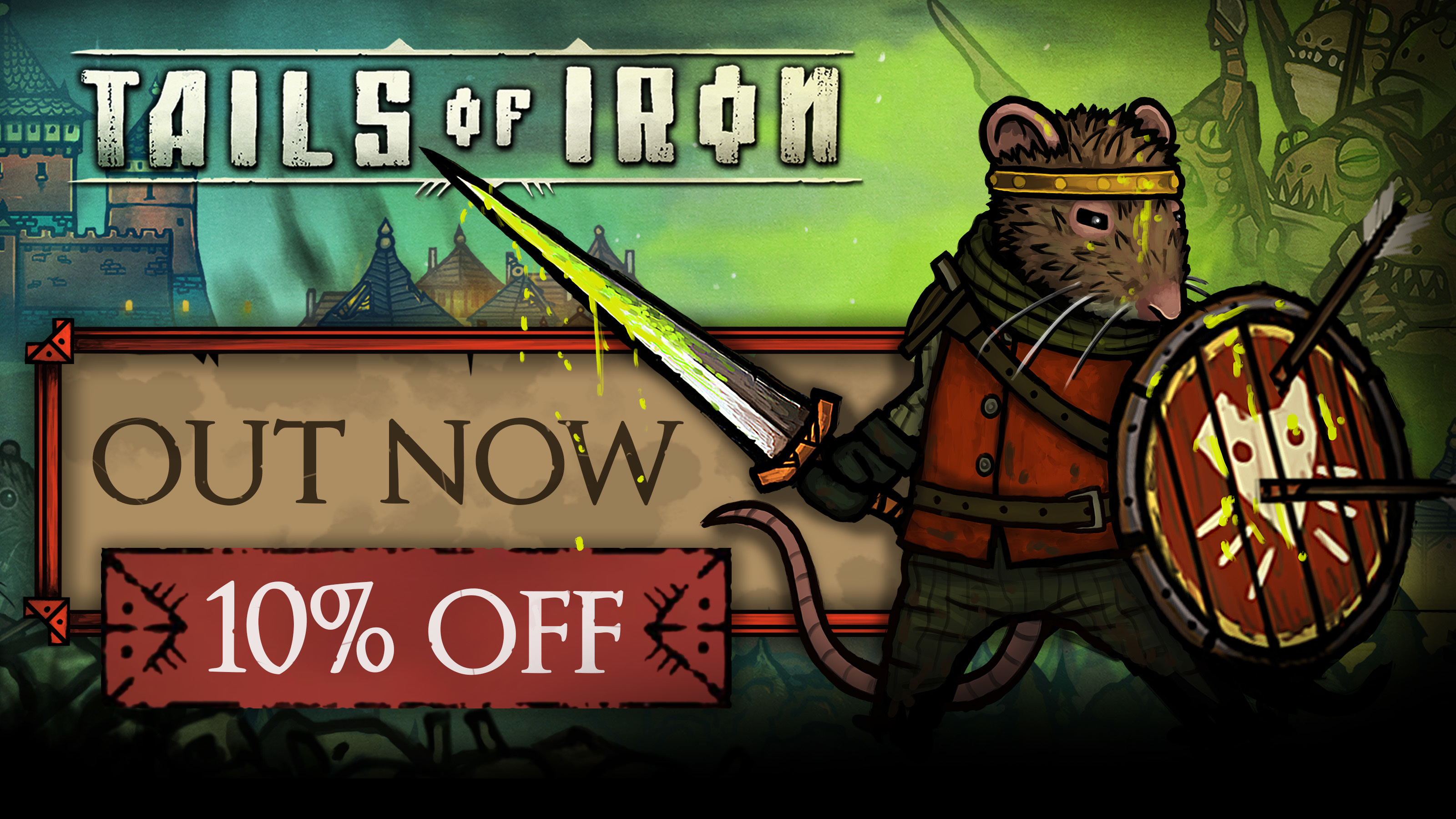 Röki
32
1
100% badge's save game?
Could someone please share their save game with 100% badges earned?I finished the game, and it's really enjoyable, but only once. I don't feel like repeating it just because in the second and third chapters I skipped one activity each and the game doesn't have any chapter selection system. And is it even possible to replace it somehow?...
10 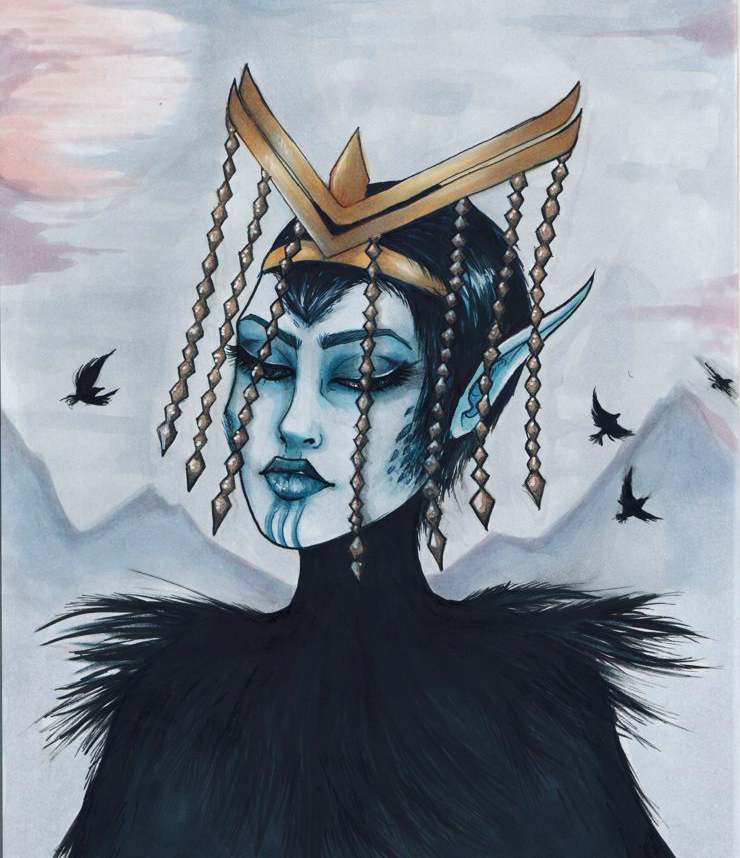 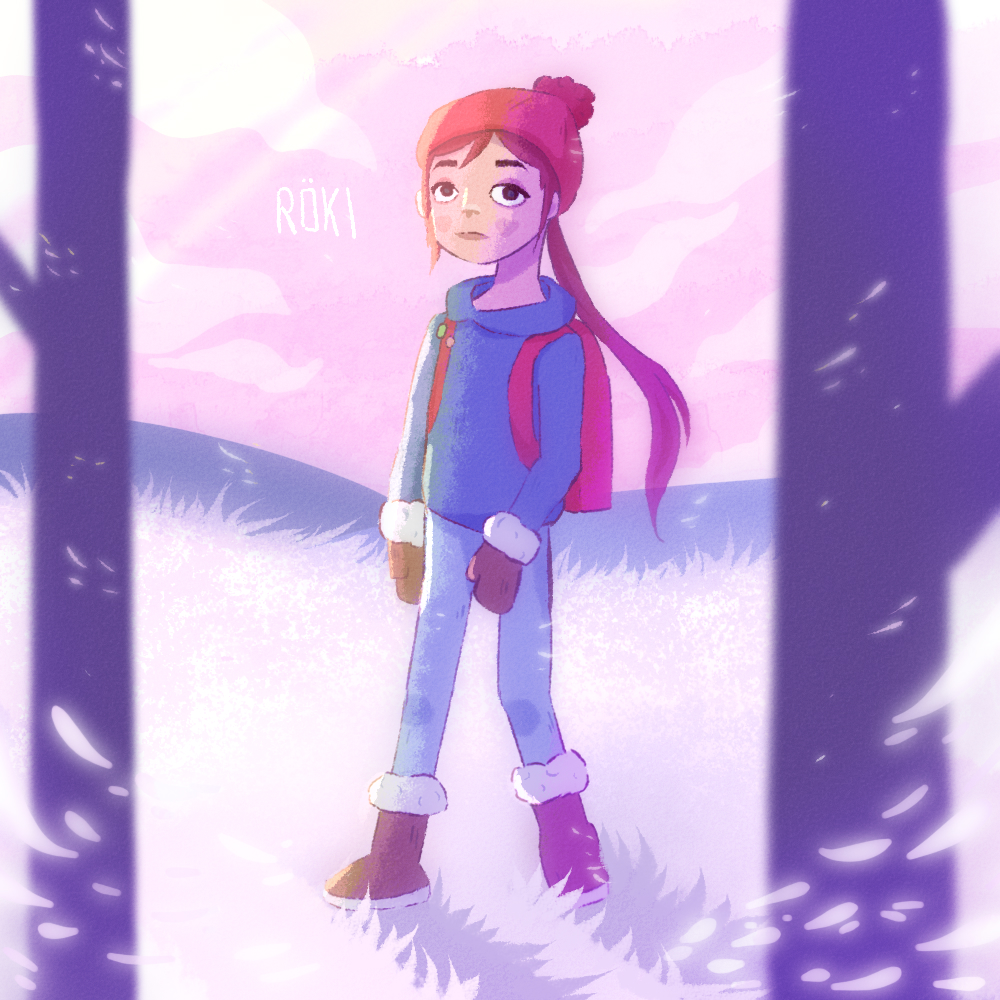 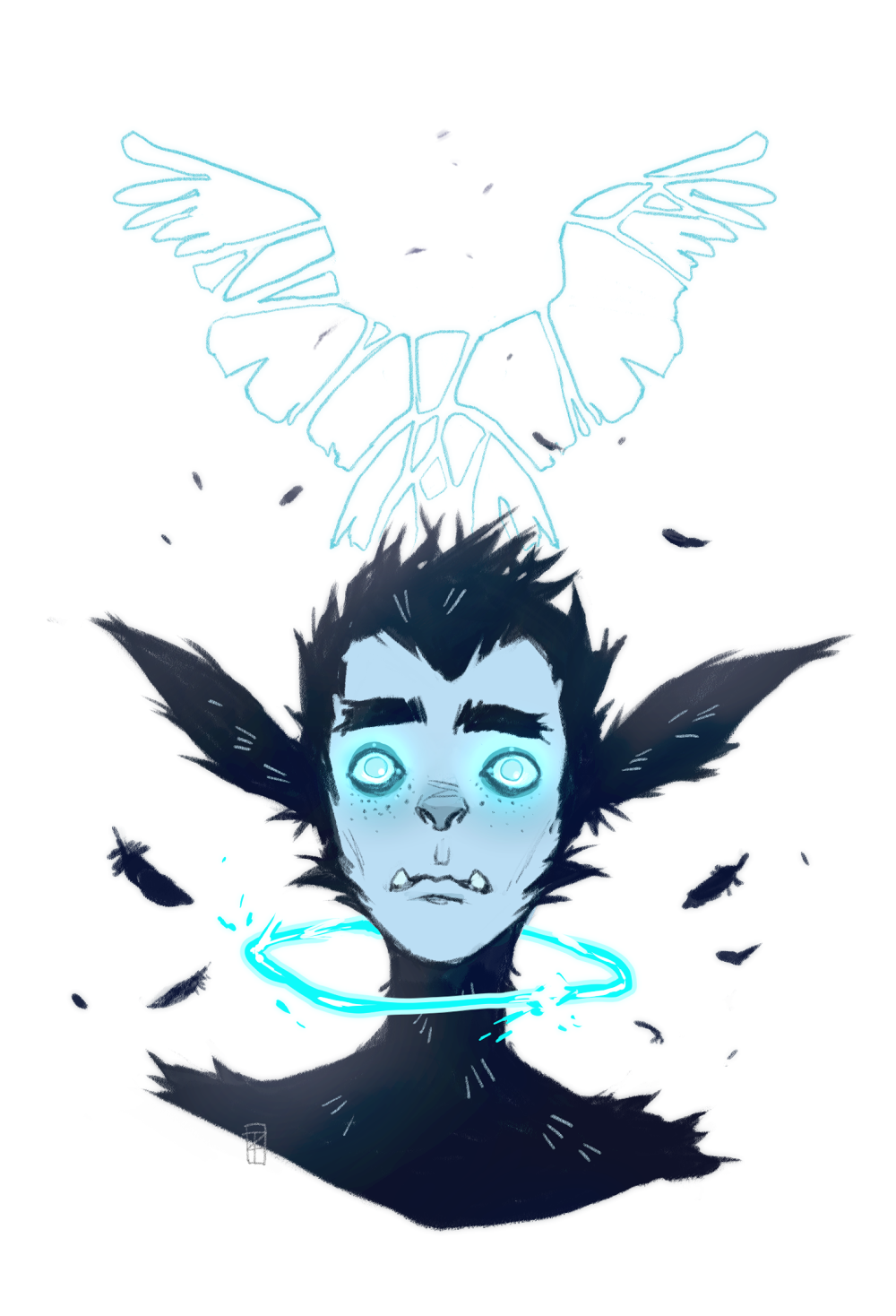 Roki walkthrough - Chapter 2: Deep forest
In this guide I'll walk you through all quests, tasks and puzzles and solutions to them quest by quest. This is my first guide ever, so any feedback is welcome :) The guide for the 3rd and last chapter of the game is in the works. This chapter was mass... 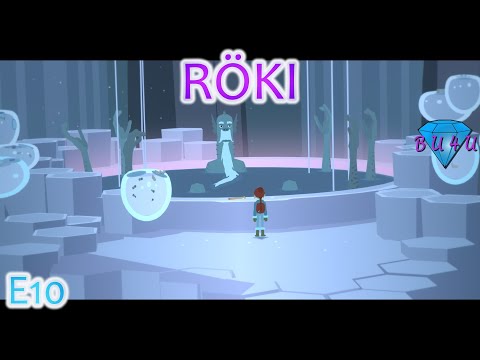 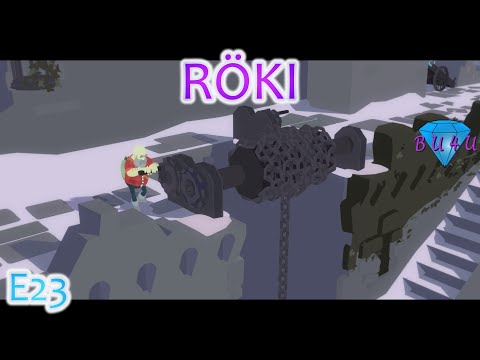 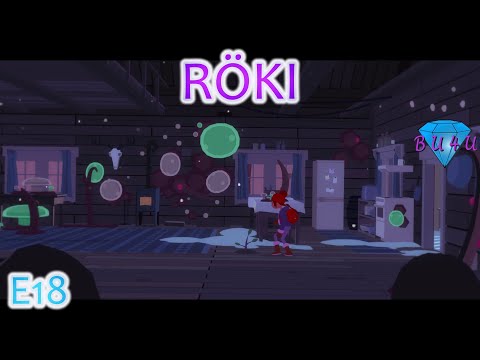 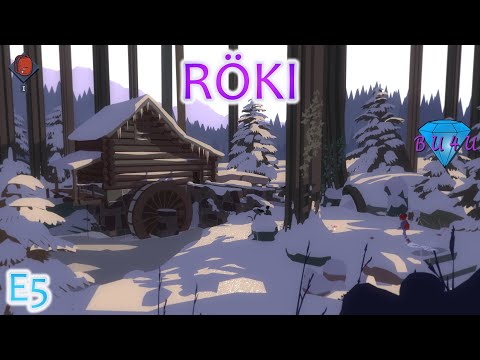 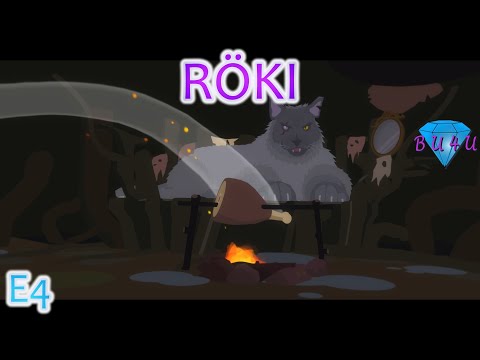 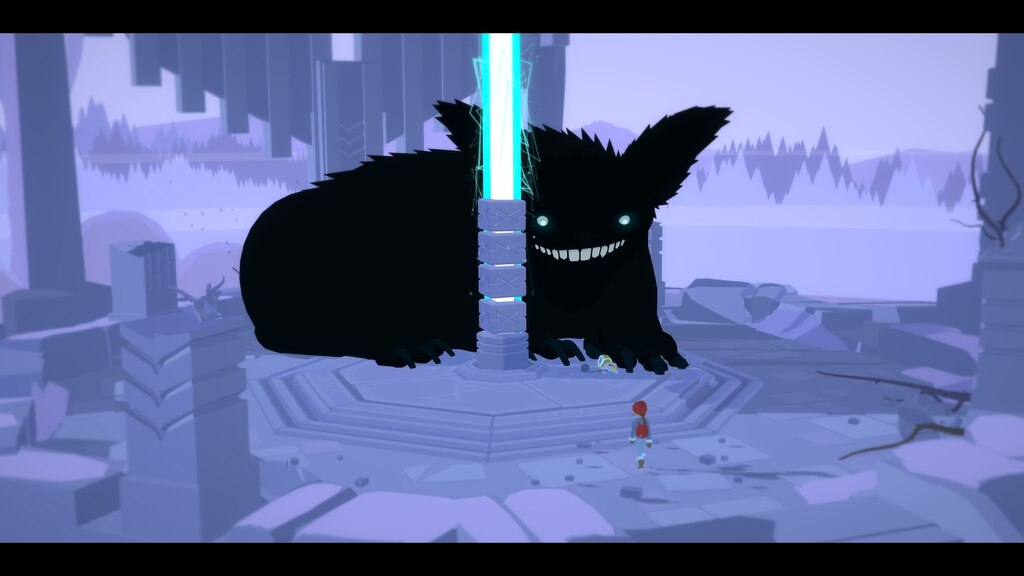 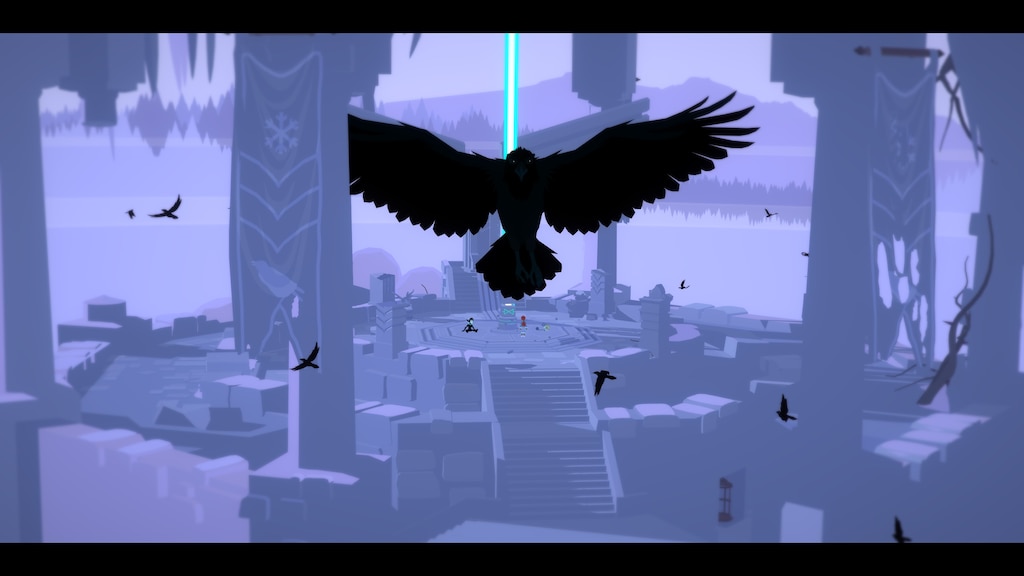 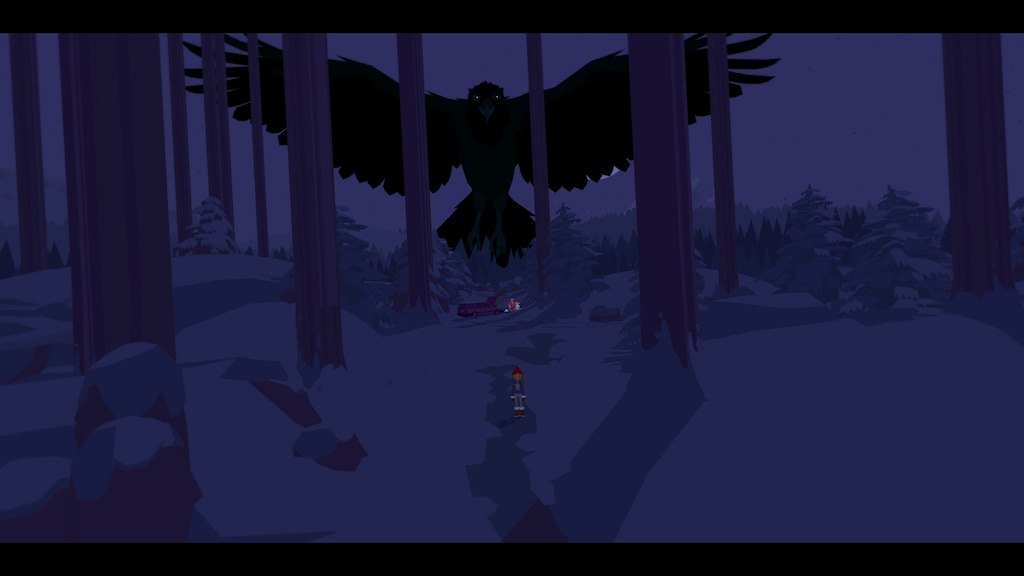 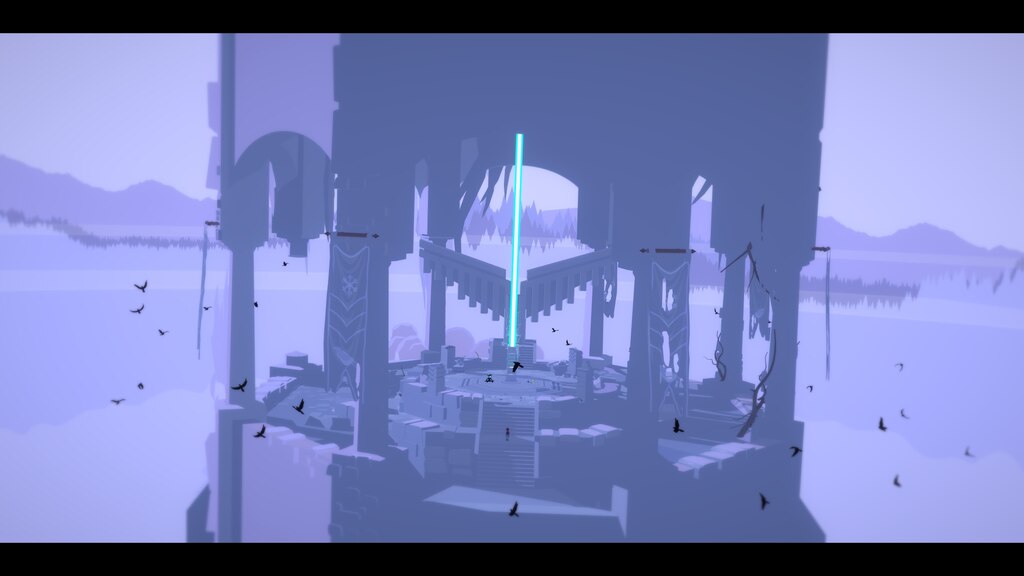 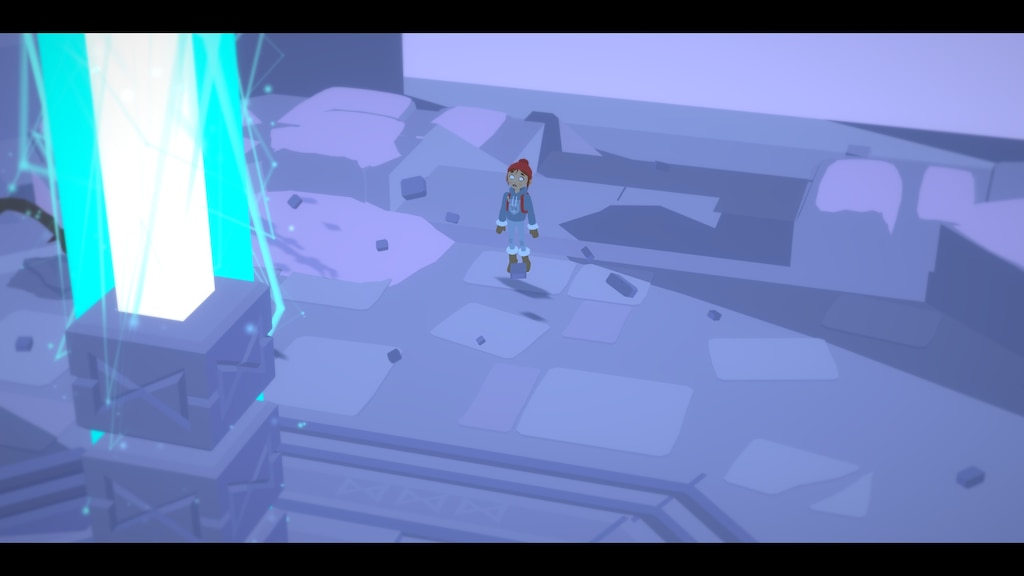 Old Nick
View screenshots
i don,t walk in game
hi friend i start my game and play chapter 1. the game teach me push A W S D foe walk but i push i don't walk. And push another key please help me
7

NOOOOB_NOOOOB^^
Aug 21 @ 5:47am
General Discussions
Need some hint because i'm stuck in many diffrerents fronts
I'm frustrating to keep going, I am feeling stupid or somehow blind I just need one hint to go on, maybe the relevant one to unstuck from my situation I've searched all my map twice and combined everything in my inv Heres my situation: I have 2 plants out of 3 for the tea already grinded, cant get soporific lily 2 kroke out of 3 for their mother and given, cant get the stubborn in the contamined lake 2 stones out of 3 already watered and given, cant get the tragic secret water source I have i...
3

CiccioCc
Sep 24 @ 2:08am
General Discussions
I can't move with any buttons in Chapter 1
I don't know what is going on? after it displays to push w s a d to move, I can't even move. it seems some people have this problem too. Developers? Anyone? I just bought the game!!!
3 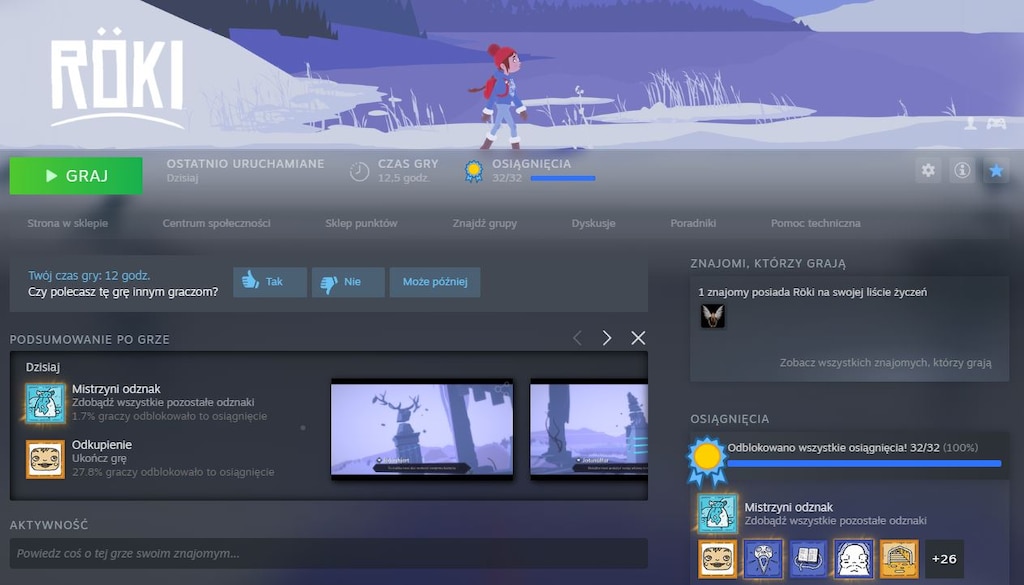