Fling to the Finish

Fling to the Finish is a cooperative racing game where teammates are tethered together by a stretchy elastic rope. Get up close and personal with your partner to maneuver two characters bouncing, rolling, and flinging their way to the finish line!
-34%
$14.99
$9.89
Visit the Store Page
Early Access Game
Get instant access and start playing; get involved with this game as it develops. Learn more.
Most popular community and official content for the past week.  (?)
New Content Update: Bomb Run
Oct 11
Heyho dear Flingers,

We have been very busy in recent days, not just tackling the feedback you were handing us after our Early Access release, but working on the first real Content Update coming your way! Additional to bug fixes as usual, we have added two new unlockable characters with two additional skins to the game. There is also a new Game Mode as well, unlockable in the campaign: Bomb Run! 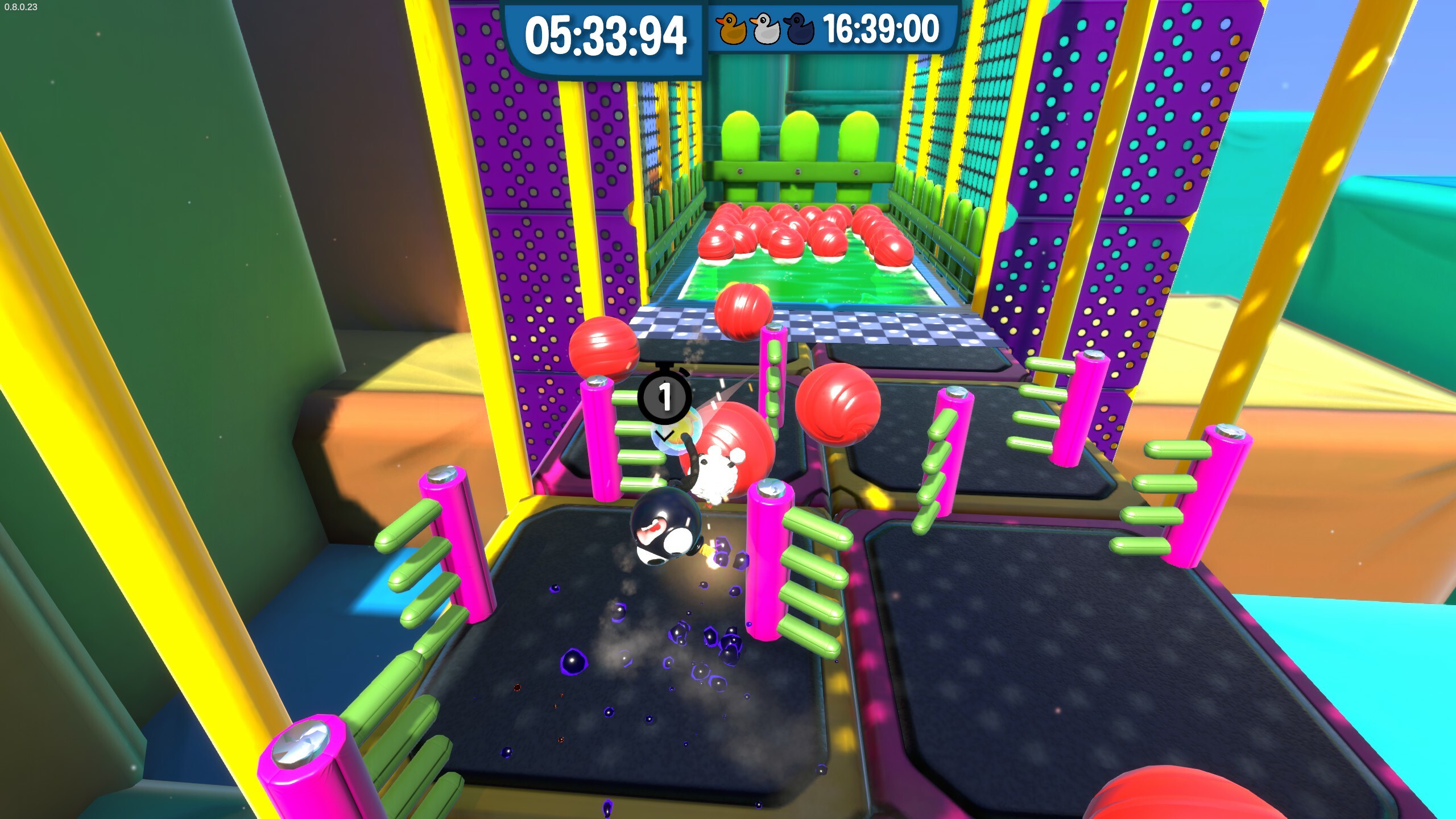 Check out the Patch Notes for more Information!

Fling to the Finish
17
1
my keybord isn't working at some moment
At some moment in the game my keybord is no more connected to the game. After that I tried it on other games and the result is that I only have this problem in your game. Weird is that my mate doesn't have this problem and we are in the same lobby. I've already tried to verify game files but the problem is still there....
2

Ladde_Macciado
14 hours ago
General Discussions
Can I control only 1 ball online?
?
2

MrBrain
11 hours ago
General Discussions
We have a Demo now!
Oct 5
Hello Flingers! With this patch, we’re making further changes to matchmaking queues, tweaking accessibility as well as introducing a 30-minute Timed Demo!

Firstly, we’ve made some changes to how matchmaking works to ensure you find people to play with quicker than ever! (Pro tip: We also have an official Discord). Secondly, we made some accessibility tweaks to the ducks in Pharaoh's Freeway and Worms in Space maps to make them less frustrating and more rewarding to play!

Last but not least, there is now a Timed Demo available on Steam, where you can play for 30 minutes with your friends or solo before deciding on the purchase.

This is it for now, stay tuned for our future updates and keep flinging! 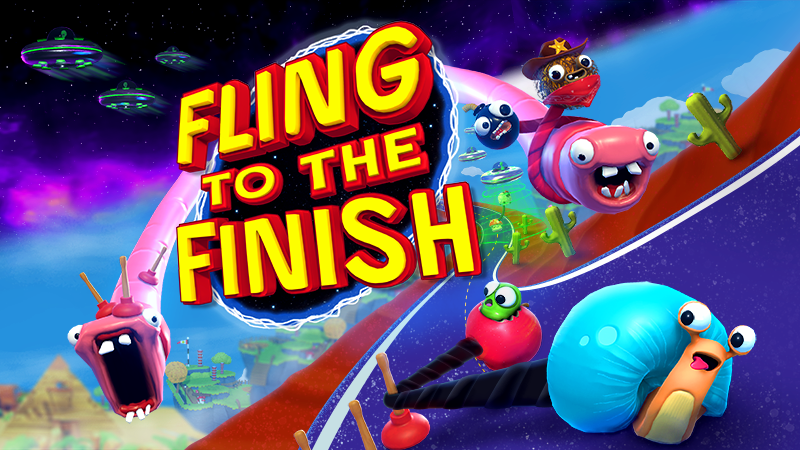 Fling to the Finish
23
1
How can I see the Leaderboards ?
Title
1 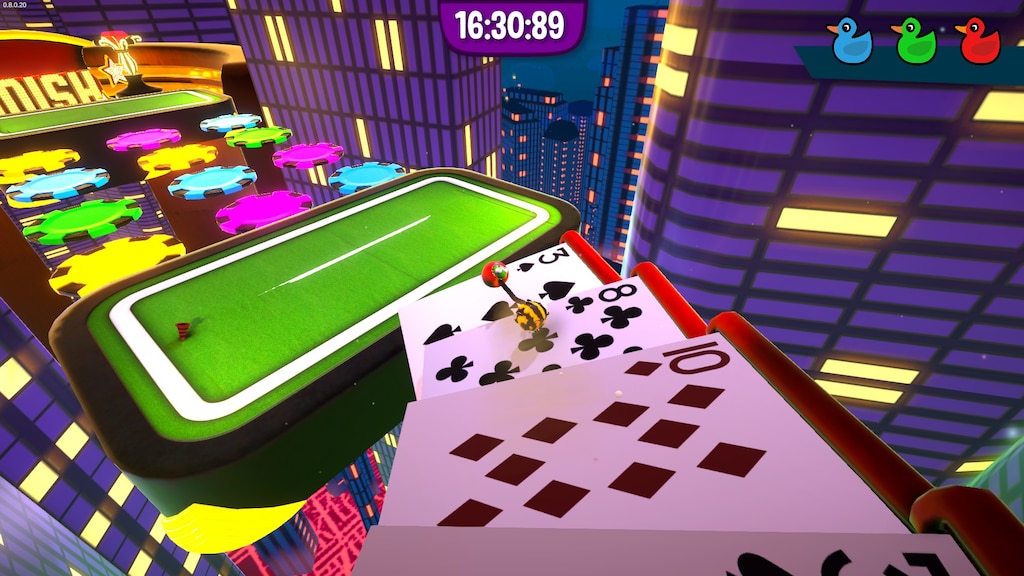 Recommended
2.9 hrs on record
Product received for free
Early Access Review
fun game (funny as hell with 2 players)
i got a steam key for it 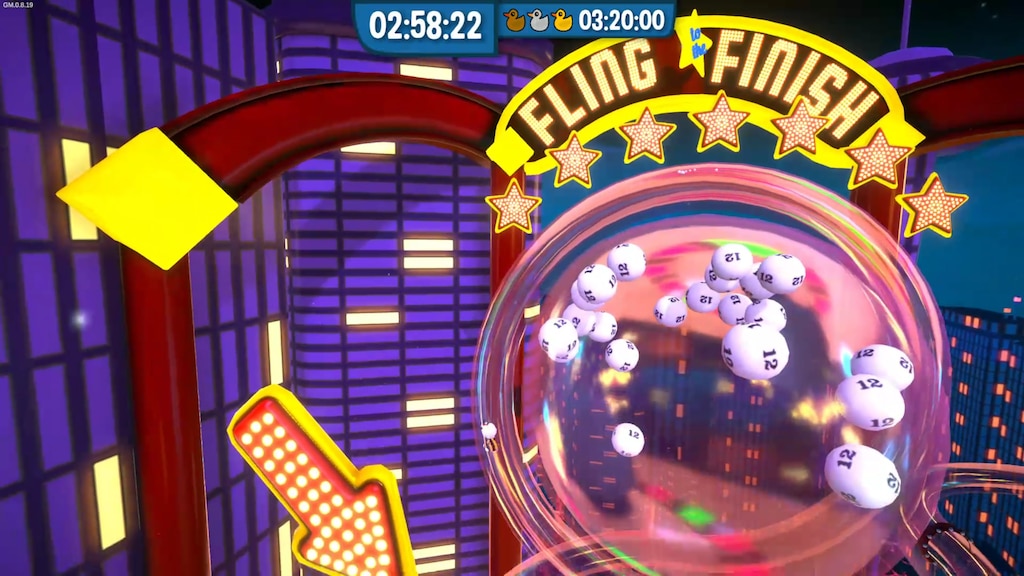 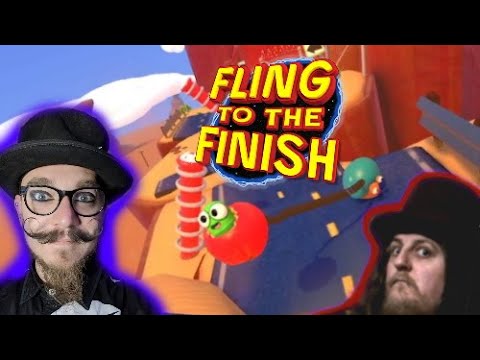 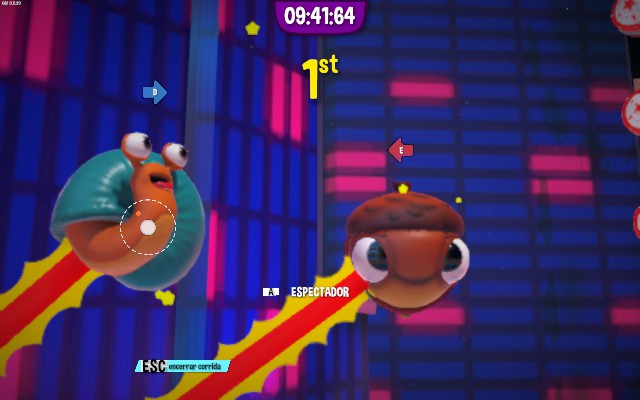 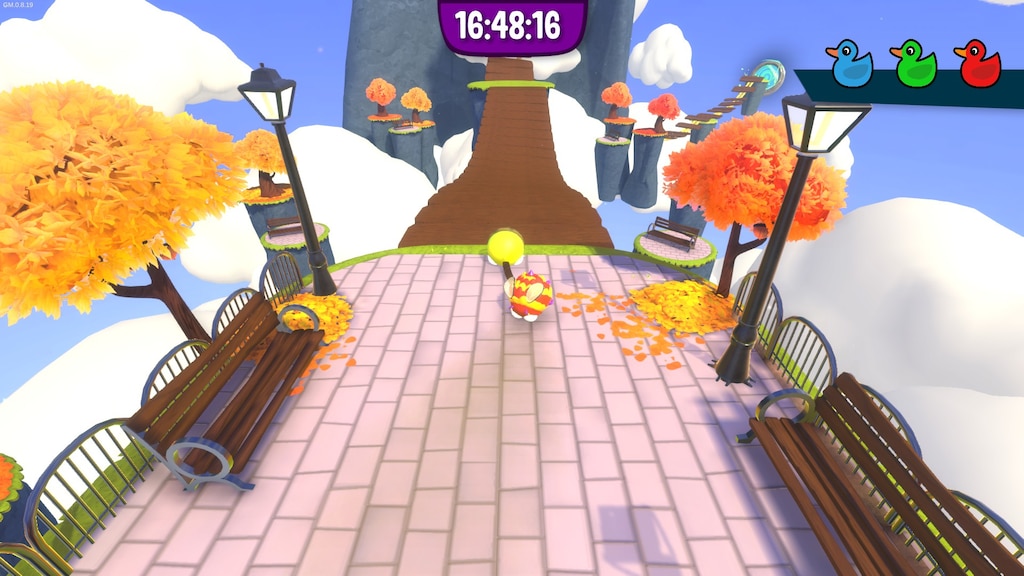 0
0
Fling together with jack 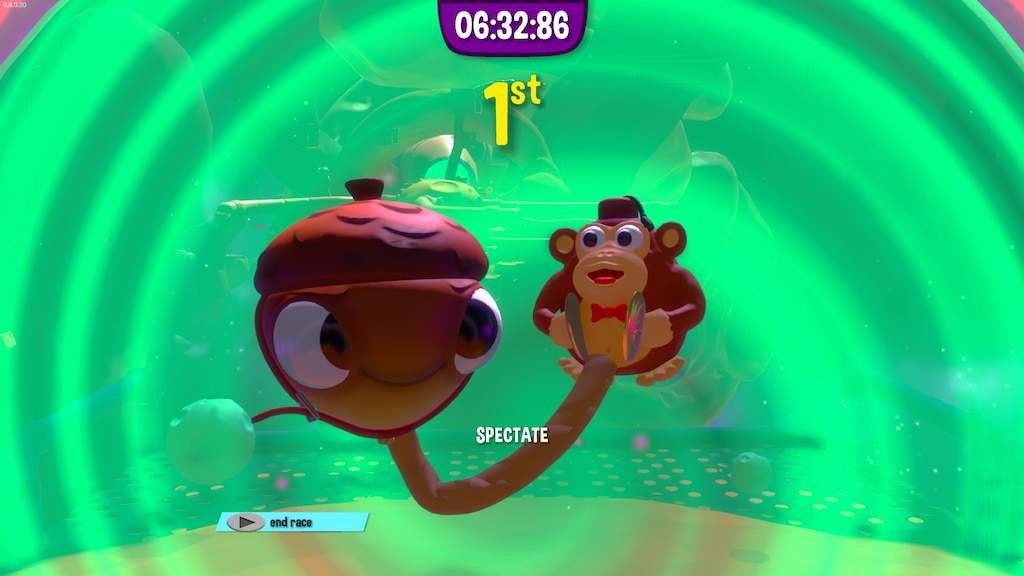 0
0
If you want my autograph for being the greatest Fling to the Finish player in the world, I will be signing next week in my basement...

Chet
View screenshots
Can you play this game SinglePlayer/Offline?
I dont have many friends and i play really bad when i start playing new games so can i?
2

Neus
15 hours ago
Bugs & Feedback
Difficulty Patch - Tweaks to Balancing and Accessibility
Sep 6
With this patch, we’ve taken a closer look at ability balancing and accessibility, among other things.

We’ve made improvements to various levels in the game to make them less frustrating, as well as rebalancing how often the Balloon and Spring Jump abilities appear to make the game more fair while still keeping it fun for players in all positions of the race!

You will also require less ducks to progress through the Campaign mode, with Silver and Bronze Duck tiers having a higher time limit making the campaign mode more accessible, while retaining the satisfaction of getting a Gold Duck.

See the full changes below:

Fling to the Finish
24
0
Video 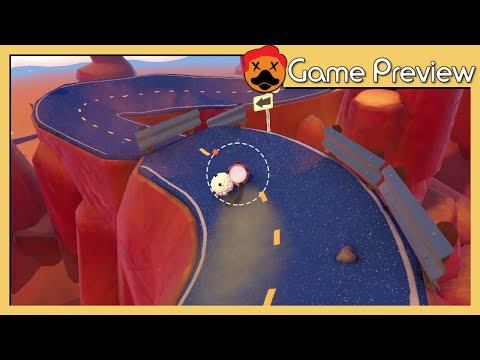 0
0
Fling to the Finish Gameplay Preview - This Game is Evil!