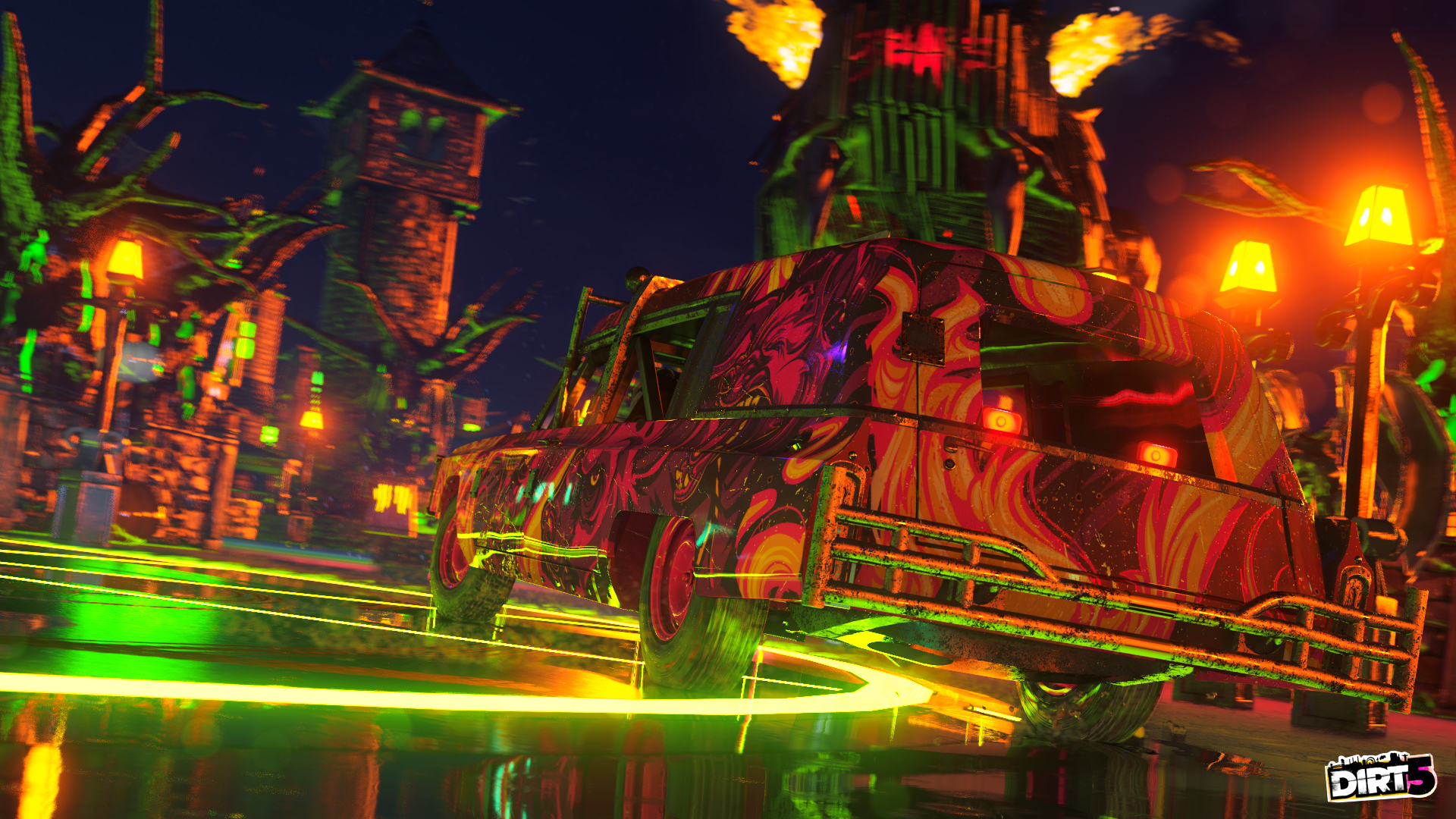 The 'Tricks N Treats' Playgrounds update is a FREE Halloween-themed set of items, available for all players on Steam. Also, rolling out today is our latest patch with more optimisations and improvements, including a major environment lighting update. The Playgrounds content and new patch will also come to Google Stadia at a later date. 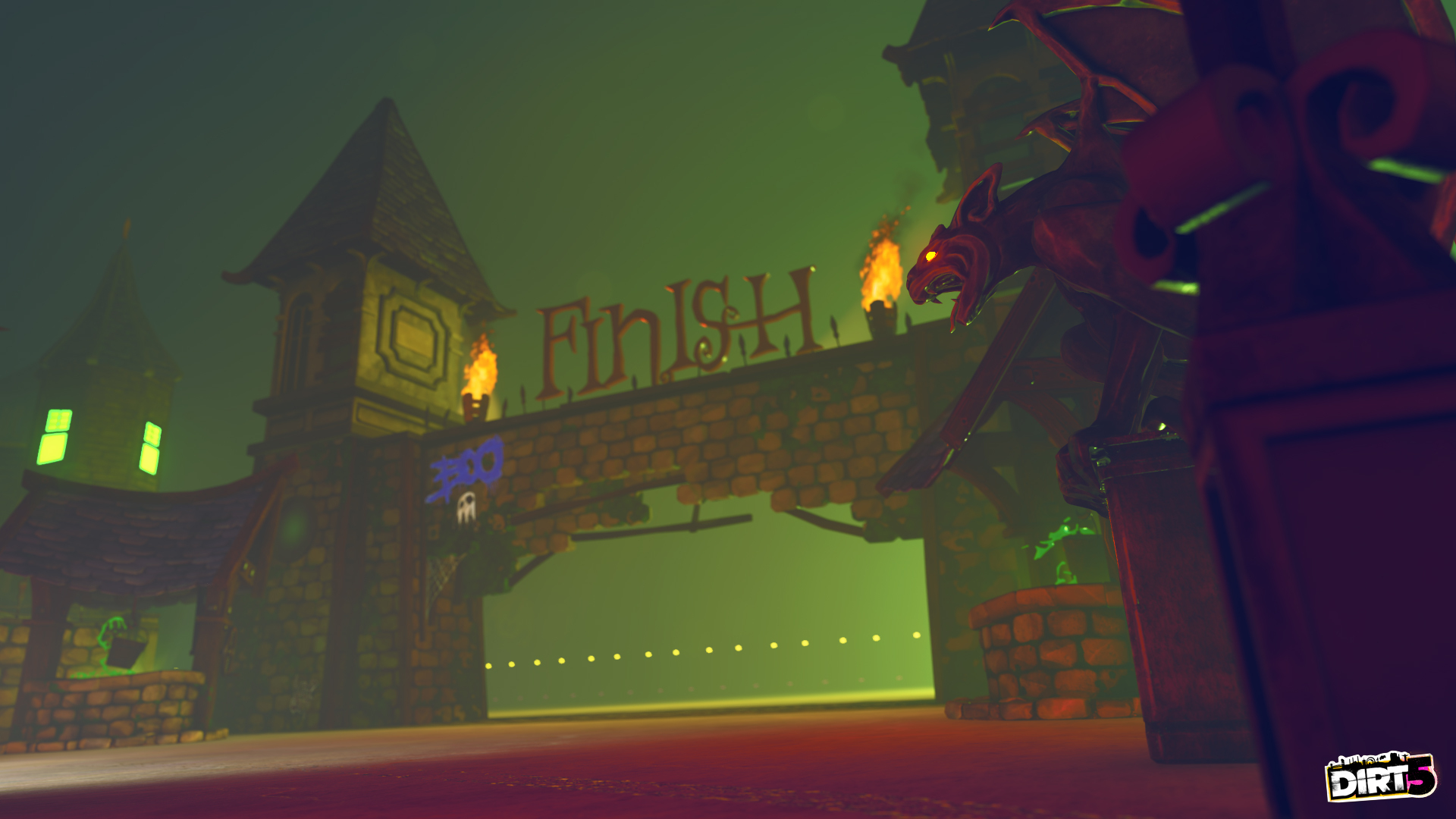 We couldn’t wait to get into the Halloween spirit this year! Taking inspiration from all your favourite spooky scenes, classic horror setups, and gothic Victorian architecture, the Tricks N Treats pack is a bonus drop of free items for all Playgrounds users to design some truly devilish arenas.

Make use of new start gates, finish gates, and checkpoints with flickering flames and sinister signage. Steer clear of the ominous haunted house, mysteriously glowing in green whenever night falls. Face your fears and speed through the wicker sculpture. Add more spooky stylings to your Playground with decorative delights like bell towers, pumpkins, wells, gargoyles, and more. 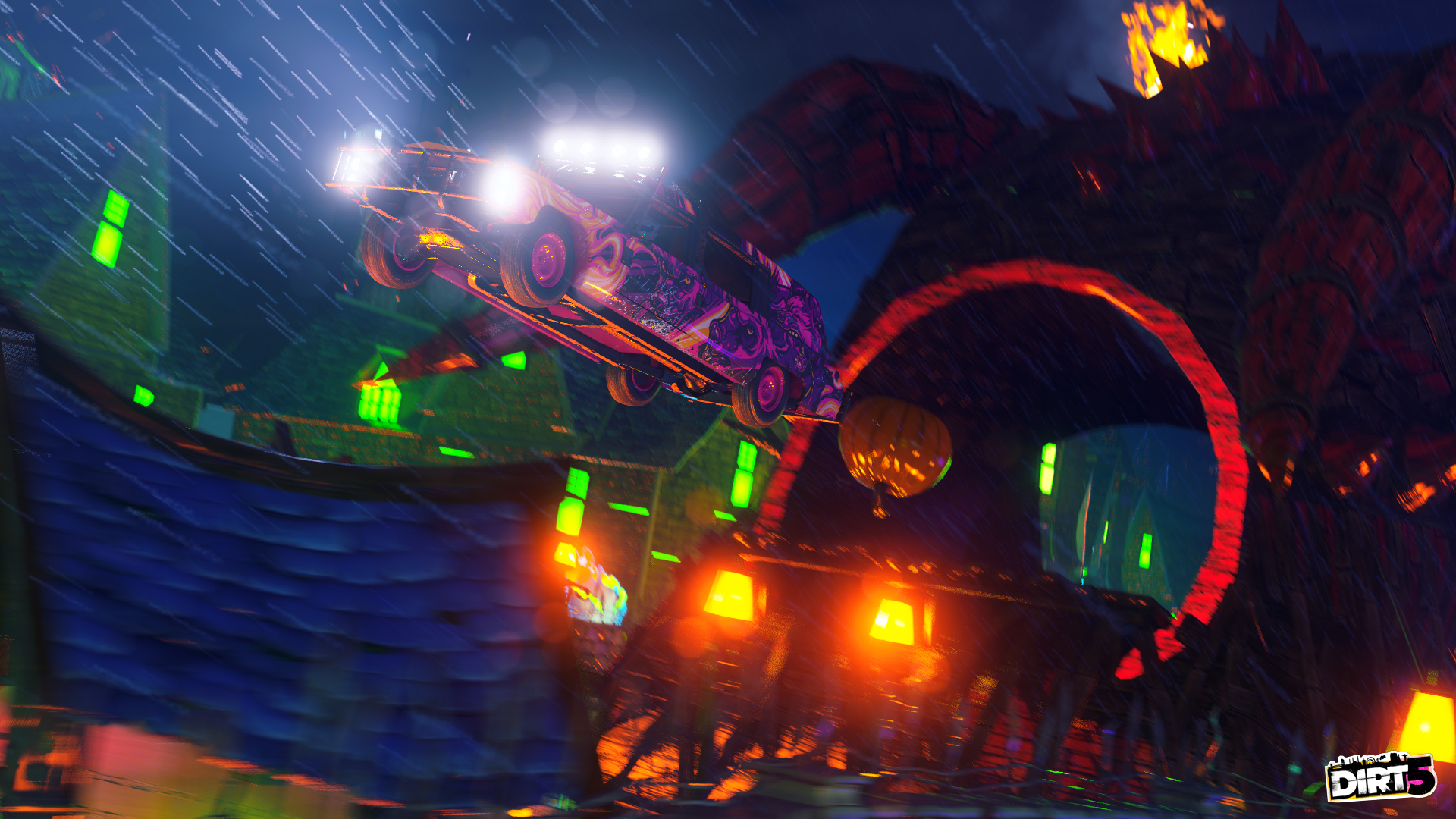 Make sure to use our recently-added weather options for Playgrounds, like fog and rain, to make your arenas even more atmospheric. Don’t forget: Even if you’re not into creating Playgrounds, head to Discover to race on player-made maps using the new items… if you dare!

This new content will automatically be added to DIRT 5 on October 1. No additional purchase or download is required. 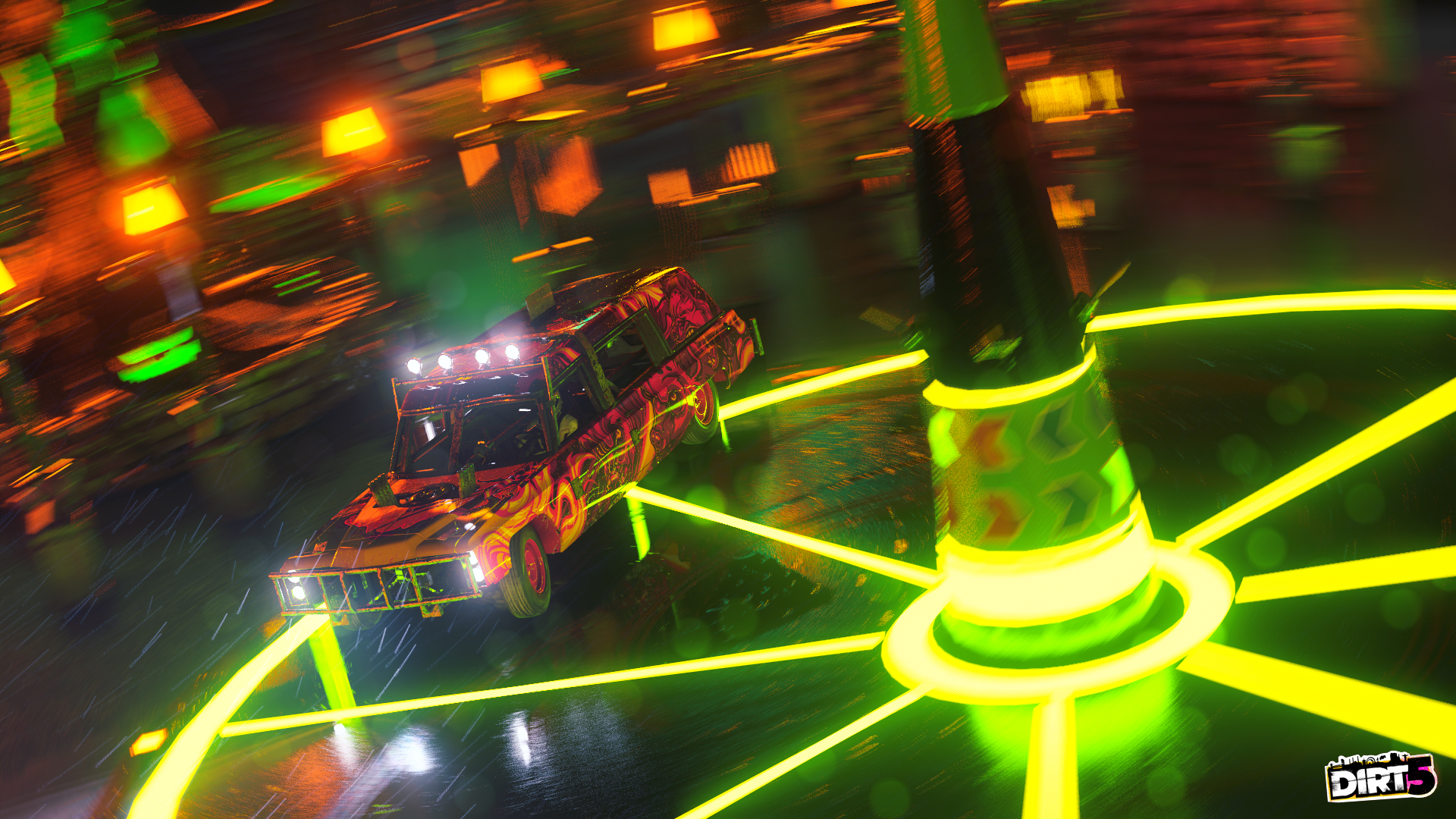 DIRT 5 Update: Lighting Improvements & More Added
Update 6.01 also goes live today on Xbox, PlayStation, and PC, with the headline change focusing on lighting improvements to make DIRT 5 even more of a visual delight. New tweaks to the game’s general light, shade, and reflections will be noticeable across every location and scenario, particularly in night-time events, leading to more realistic and natural lighting. 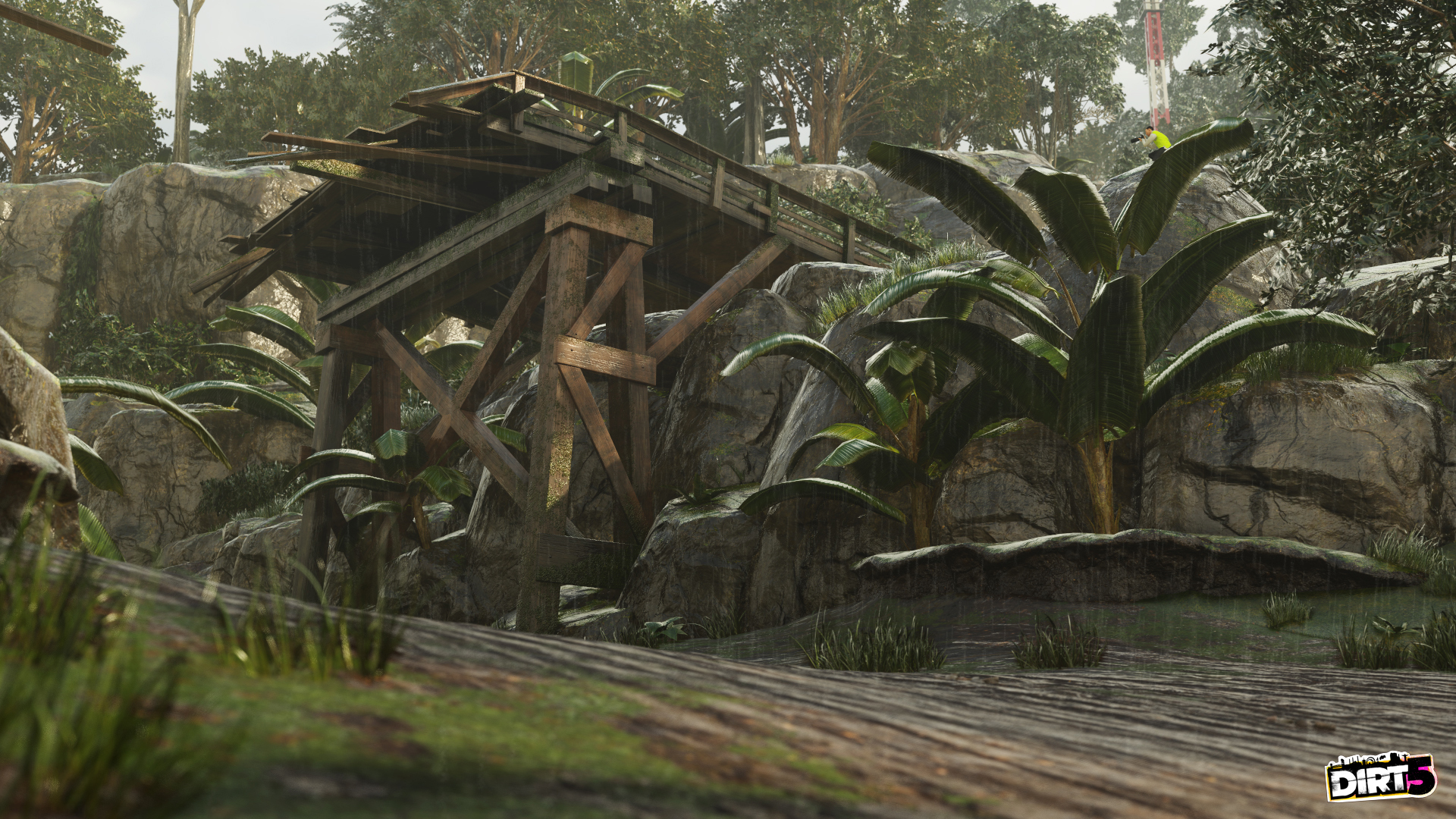 Today’s patch addresses other technical matters, including audio fixes, wheel support, Career objectives, crashes, and more. Full details are available on our website. Follow @dirtgame on Twitter and Instagram for more details on today’s update, and show us your creations and racing antics with the Tricks N Treats content by using the hashtag #DIRT5. 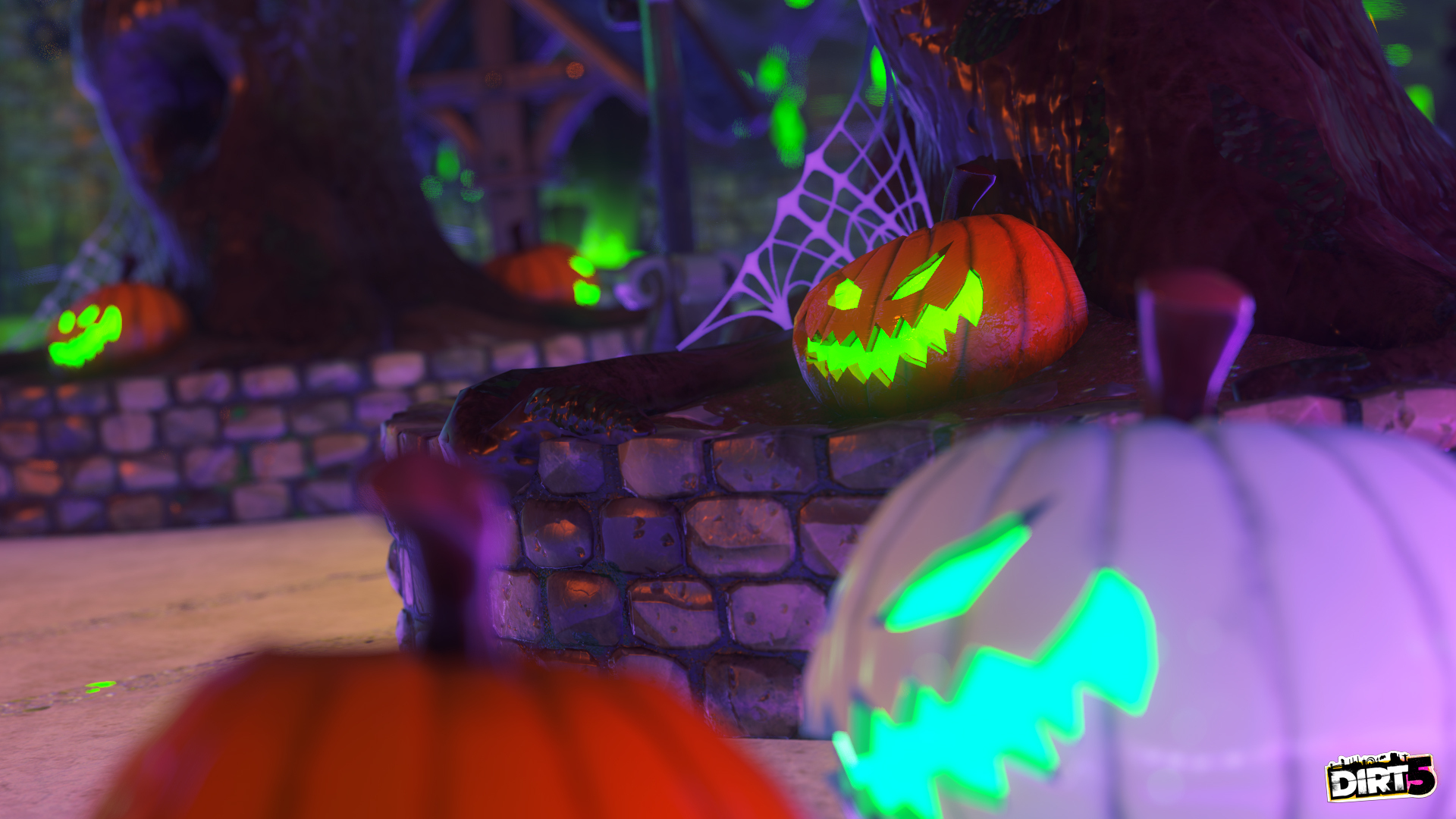 KEKA
Oct 22 @ 9:06am
General Discussions
STILL CRASHING!!!!
So I download the steam/Dirt 5 3.0 update. I start the game which takes forever to load. I go into the new Energy content to play the tracks. I get to track 5 and as soon as I get into the track, the game freezes and goes back to the Dirt 5 home page. It starts saving and then allows me back into the game again!!!!...
302 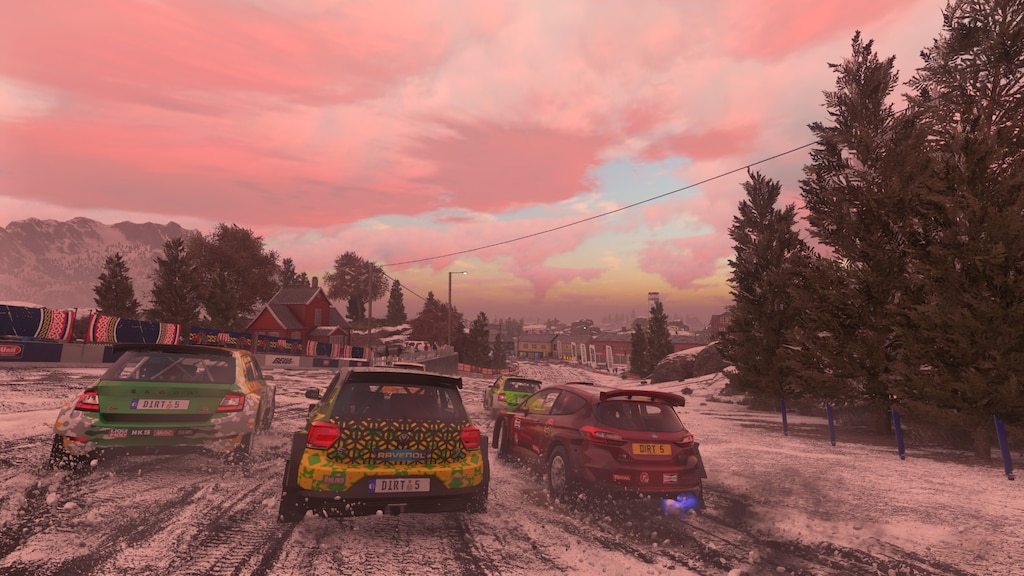 
TECHNICAL FIXES & CHANGES
New tweaks to general light, shade, and reflections will be noticeable across every location and scenario, particularly in night-time events, leading to more realistic and natural lighting

Resolved instances of crashes when users sign out of their profile

When using Fanatec pedals connected directly to a PC, the pedals will now be detected and usable

Tune your controller input in DIRT 5 (Updated for 4.03)
This guide is to help who doesn't know what the advanced input settings in the game do. There's also a small tutorial on how to setup Steam's Steam Controller support for even finer tuning.

How to win in SPRINT
How to get 2 stars in Sprint? First - DRIVING ADS: - Vert Easy - Custom - Automatic - Off - High - High - Off - Low In race - DO NOT USE ANY BRAKES After the start, immediately go to the inside of the first turn and pull out as far as possible...

Recommended
50.6 hrs on record
When I first saw the trailer for this game, I thought they were going to provide a new experience in Dirt where players are going to somewhat experience Dirt 2's festival vibes; however, it felt more like an evolved Dirt Showdown.

Now, that's not bad. The moment I knew this, I immediately switched my mentality from a "Spiritual Successor to Dirt 2" to "Just a fun game where I turn off my brain and appreciate the graphics".

The first thing that I want to get it out of the way are the physics in Dirt 5. They're unplayable but for Codemasters standard, they're sad. This is why I mentioned that they felt like a Dirt Showdown successor rather than a mainline entry in the series. Cars oversteer way more than they should be for dramatic effect and the physics goes completely bonkers if you flip your car. To me, the physics are what made the game from great to just decent.

AI is okay to borderline cheating as they do not spin out, lose traction, drift, or even have a sense of awareness on your presence. This means that I do not agree on majority of the players where they claimed that the game was too easy.

Content wise of the game are just enough. I completed the game in 50 hours as stated with all 40 achievements unlocked. So they're not long but not too short.

Sound engine of the game are just decent. I felt like Dirt Rally (1 and 2) and Dirt 3 were better. The soundtrack was decent as well.

Race tracks are plentiful and fun but I felt like it needed more countries. I just wanted to highlight that Brazil and China were my two favorite countries to race in.

The graphics was something that I thought where it was not going to be impressive at all. In fact, I had an impression that they looked like a mobile game based on some comments I saw in YouTube. But I was wrong, they were more than just decent and borderline awesome.

Dirt 5 cannot be launch
I have troubles when I trying to launch a game: game cannot be launch with no errors -- steam hust trying to open a game, but not successfully. If anyone occures such issue -- please, follow this topic and comment it, and I'll add a reason to description. ... 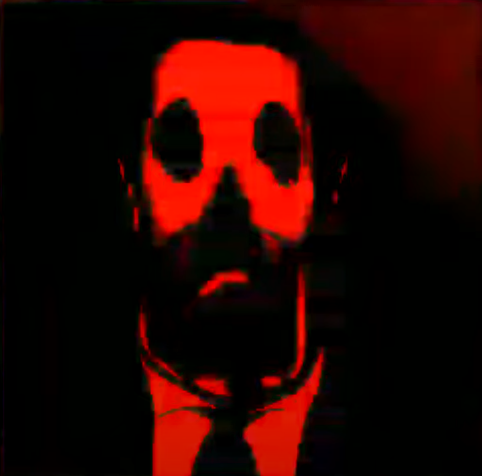 Not Recommended
0.4 hrs on record
They spent more time on the colorful pop up menus than anything else. Worst dirt game so far. Made me want to play dirt rally again. 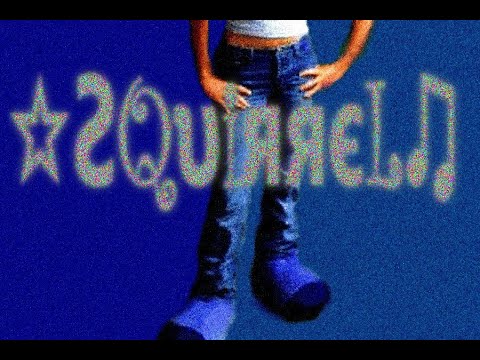 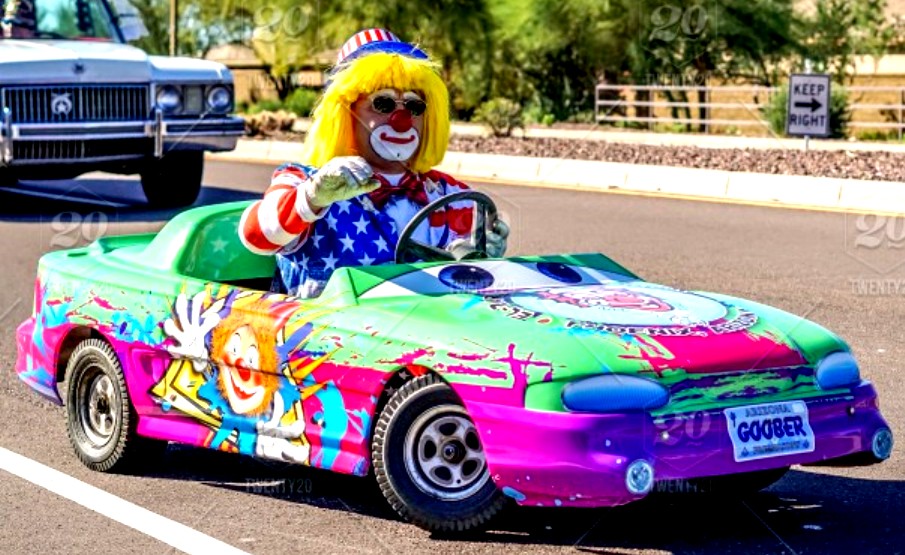 Golden GG #CS.DEALS
View videos
What happened to the AI? It's like it's cheating
I haven't the played the game for a little while after getting 3 stamps everywhere and i just came back for the new career season Something happened to the AI, right? It feels like they have a ridiculous amount of grip or something It's especially weird in that Sprint race, everyone has the same car, yet the 3 cars on the front row of the grip just straight up fly away leaving me and the rest of the cars in the dust We're barely halfway through accelerating meanwhile those 3 are packed together halfway thr...
20

TigerKillerX
Oct 22 @ 8:07am
General Discussions
Online Implementation needs a total rework
What a great game. The more I play it the more I like it, but... Let's discuss the twenty-ton gorilla in the room... The online play implementation has been total crap since the inception of this game. Look no further than how dead it is now and has been since the very beginning. You're lucky to see one other player online in the current match-making crap interface. You sit there for minutes waiting for one other person to play with, then if you find one or two players you race ONE race that no one chose...
24 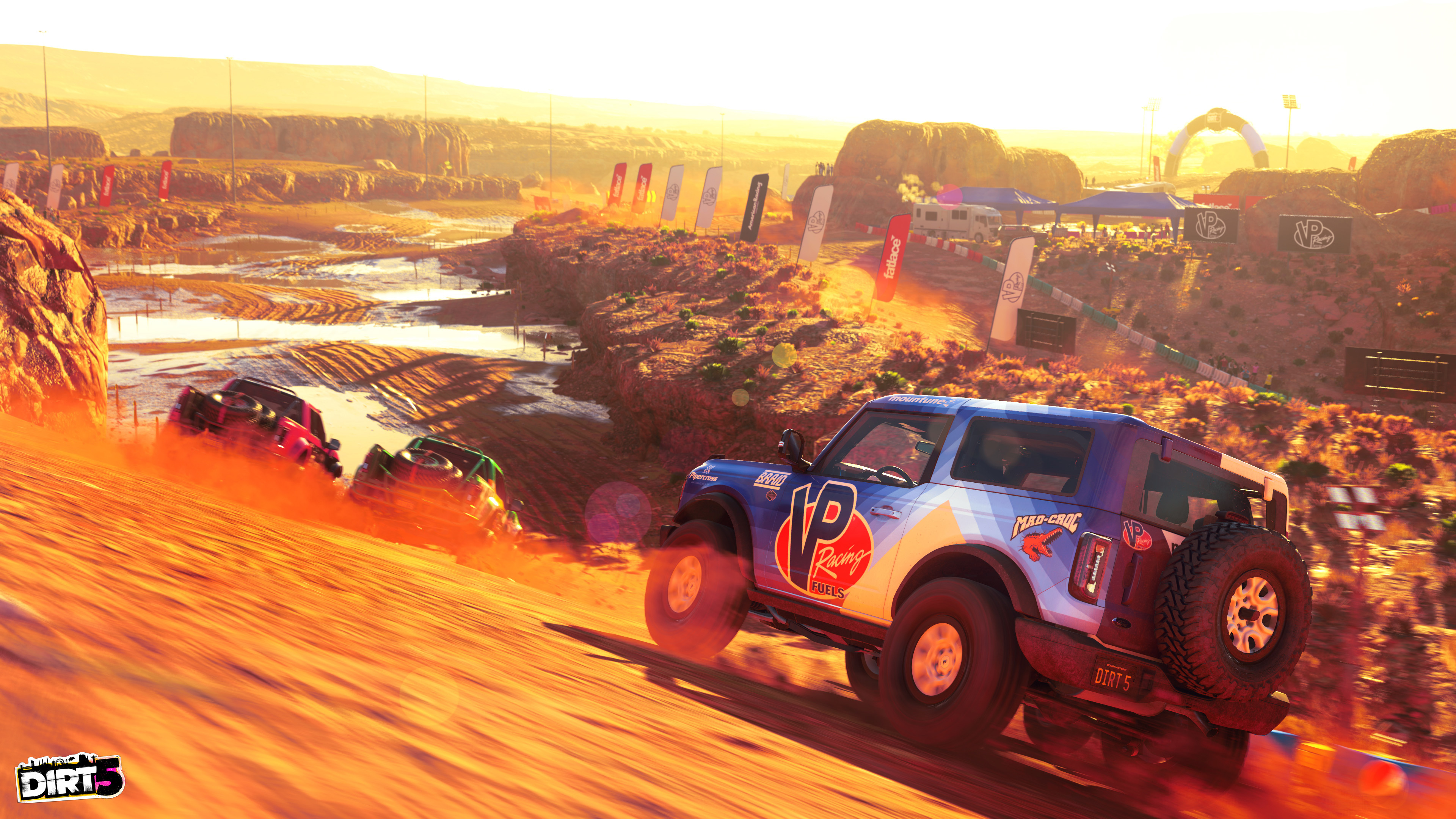 A pair of eye-catching off-road machines, purpose-built to overcome any terrain, are added to DIRT 5 in the Wild Spirits Content Pack. First up: the hotly-anticipated Ford Bronco Wildtrak 2021. 310bhp and 400 lb.-ft of torque, as well as innovative 4x4 and differential systems, make the new Bronco a perfect addition to take on DIRT 5’s extreme events. Its boxy chassis and huge tyres create an unforgettable look – and that’s before you customise it with liveries and patterns. 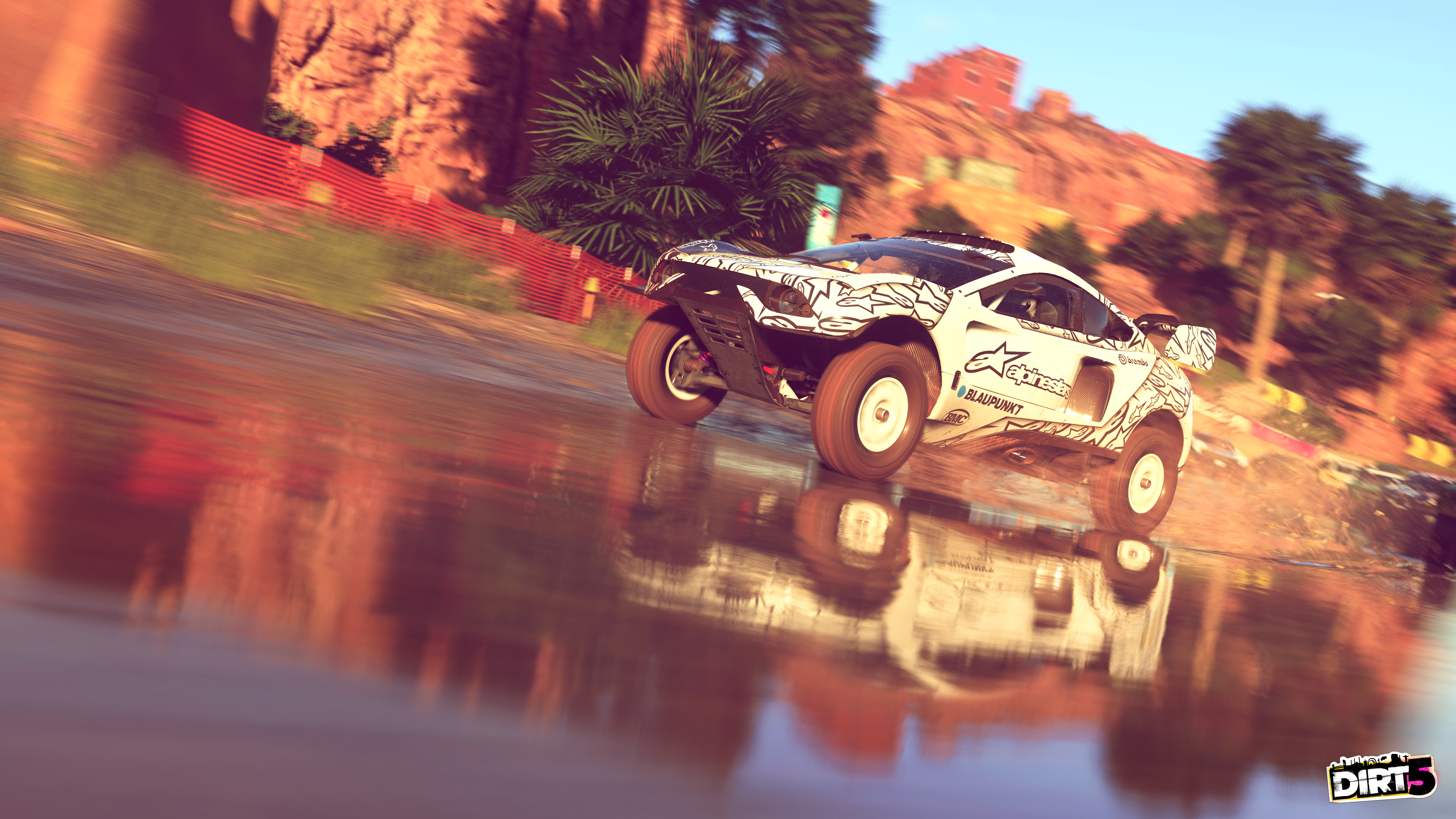 Alongside the Bronco is the Prodrive Hunter. Billed as a ‘Desert Hypercar’, the Hunter is a production version of the incredible Prodrive BRX, which has competed across Dakar and other events in 2021, with drivers including Sebastian Loeb. Powered by Ford’s 3.5-litre twin turbo V6 engine, producing around 500bhp, the Hunter has all the power you need to dominate DIRT 5’s global off-road events. 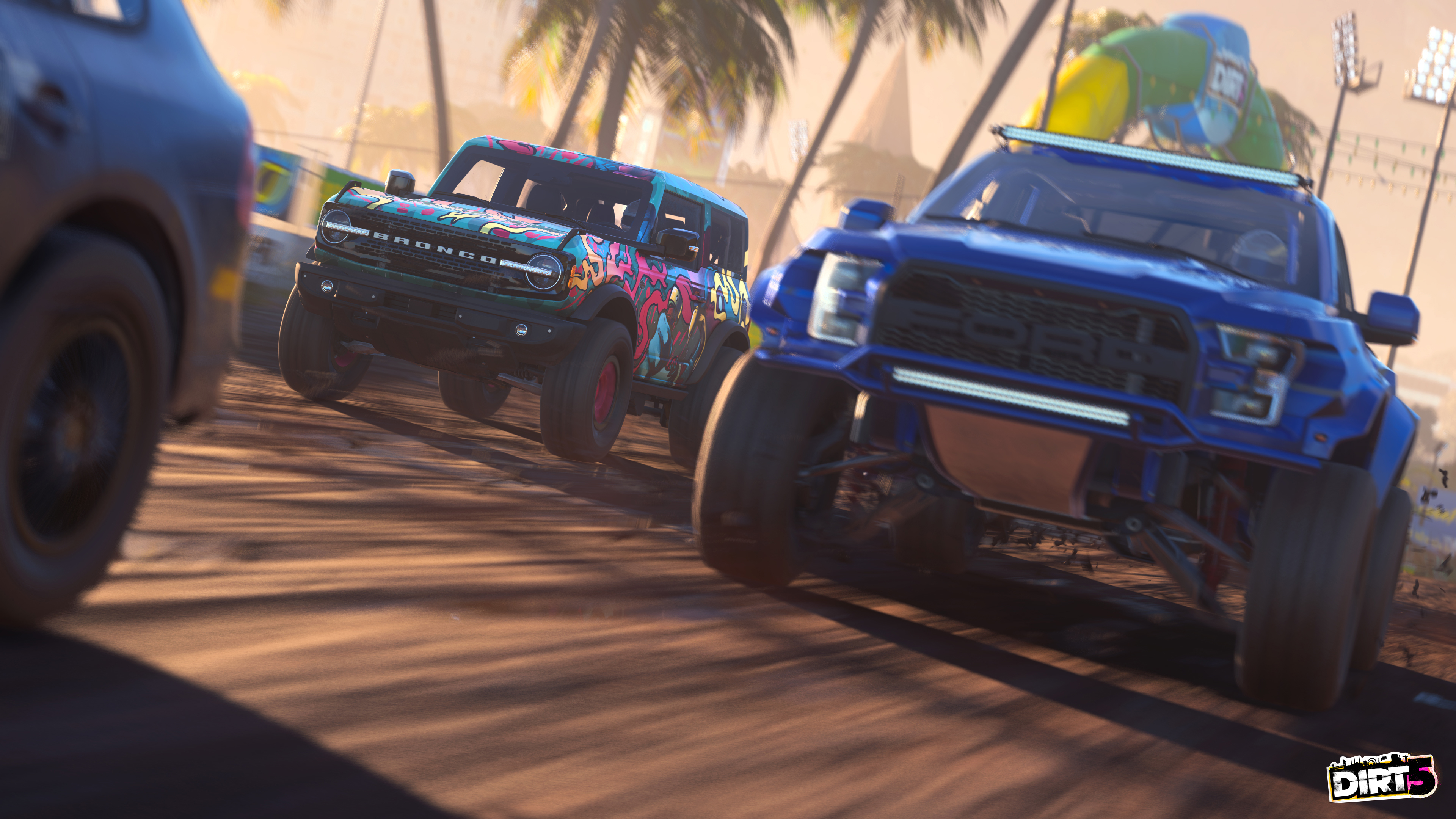 Two additional Career Sponsors are also added: Alpinestars and VP Racing Fuels. Head to the Sponsors tab in Career to select either of these sponsors and start to unlock new rewards and content, including fresh liveries and customisation items. Finally, look out for five additional Trophies/Achievements, each connected to your progression in the new Career chapter.

Amplified Edition or Year One Edition owners of DIRT 5 will automatically receive the Wild Spirits Content Pack today, once the new update is downloaded. For Standard Edition players, the pack can be purchased on DIRT 5’s online store page on Xbox, PlayStation, and Steam.

Ait Ojana and Tinghir are the two new routes available to all players from today. These two events are both Stampedes, meaning you should be ready for some big jumps and tough terrain. Overcome the surface, the inclement weather (including sandstorms!) and your opponents to dominate these desert-based tracks in Morocco. 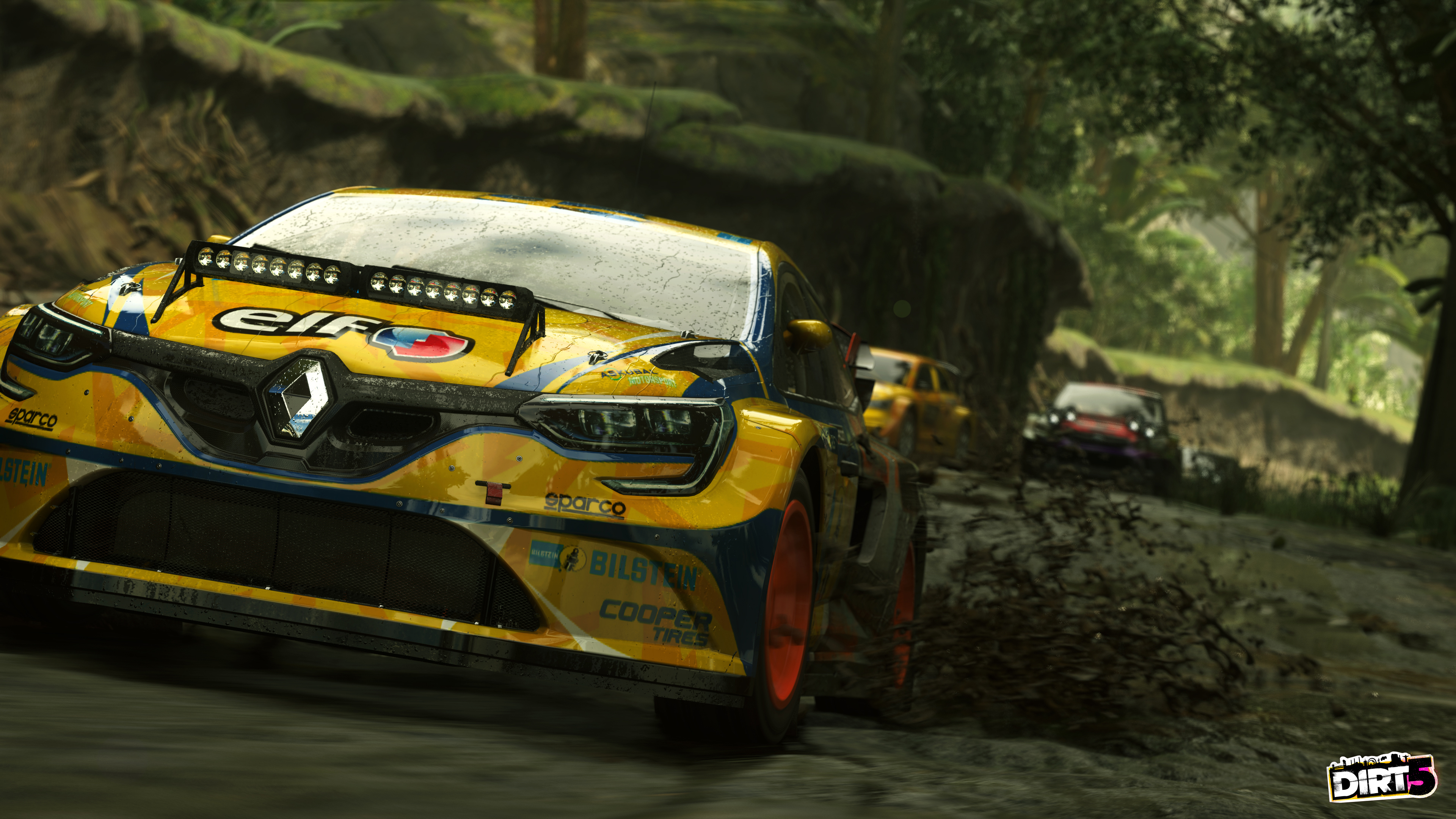 Both the Wild Spirits Content Pack and Update 6.00 launch simultaneously on Xbox, PlayStation, and PC, followed by Google Stadia at a later date. Full patch notes for this update are available on our patch notes hub. Follow the official DIRT channels on Twitter and Instagram for gameplay of the new content and more.

This announcement may change as we listen to community feedback and continue developing and evolving our Live Service & Content.  We will always strive to keep our community as informed as possible. 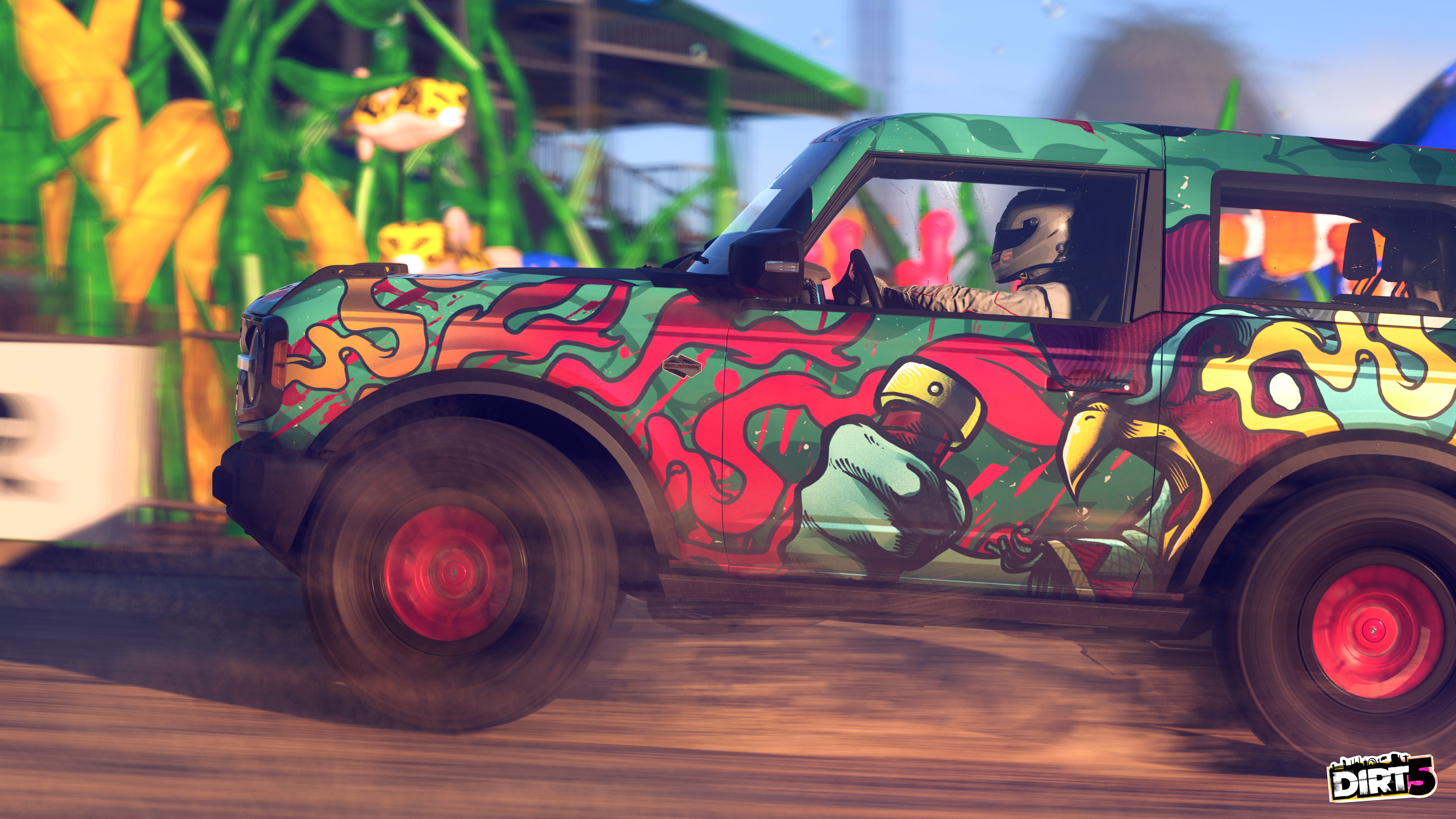 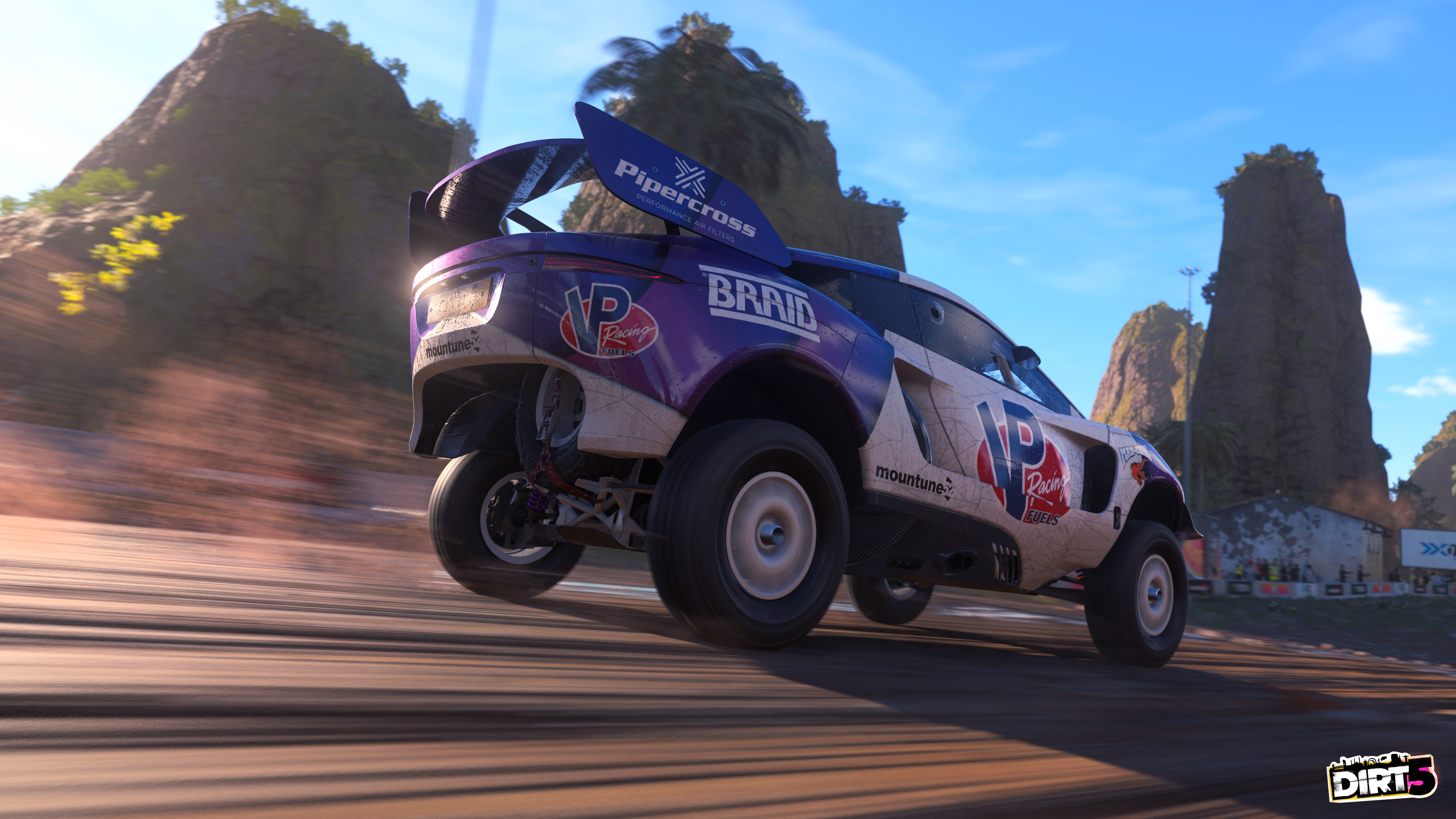 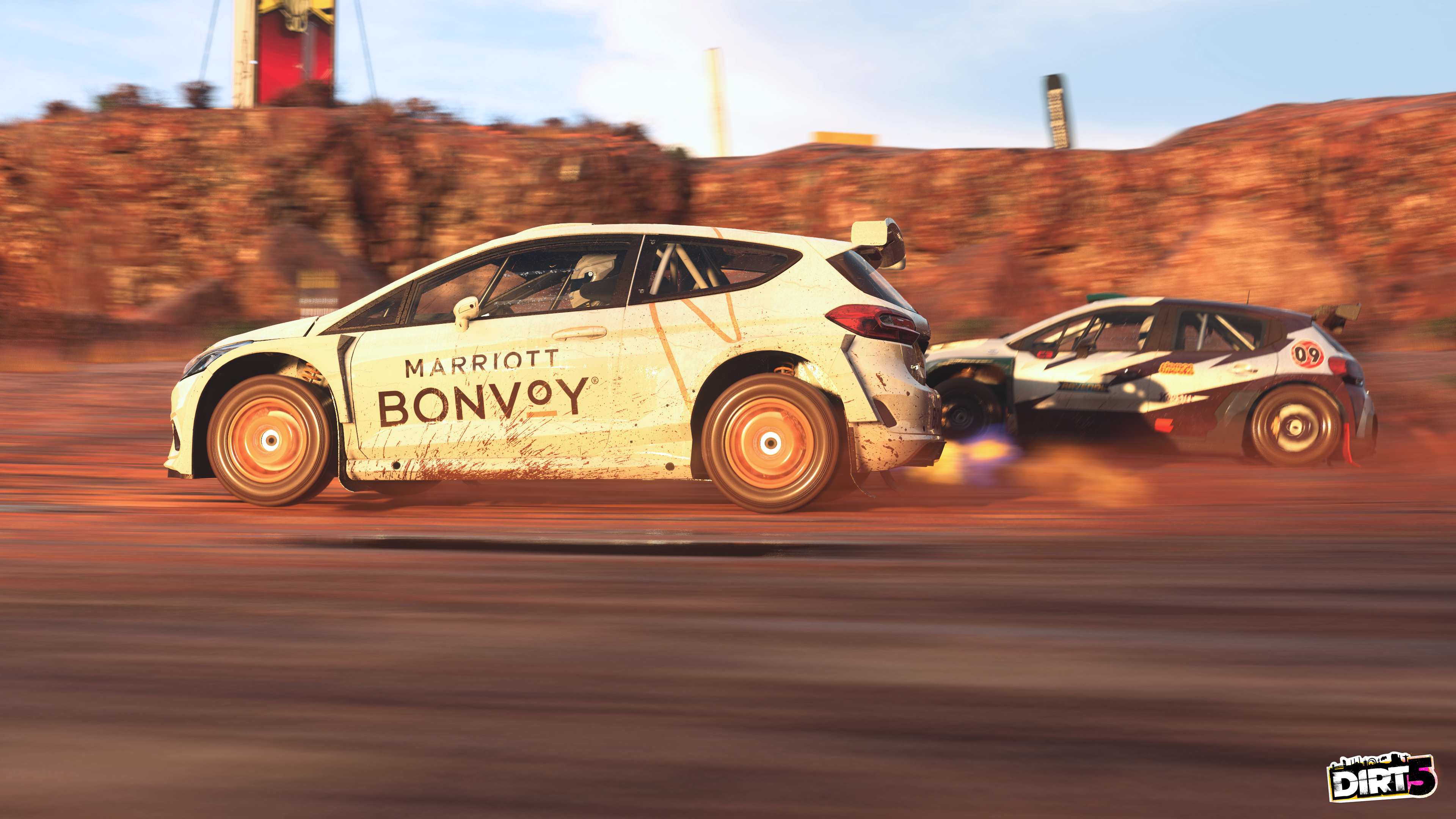 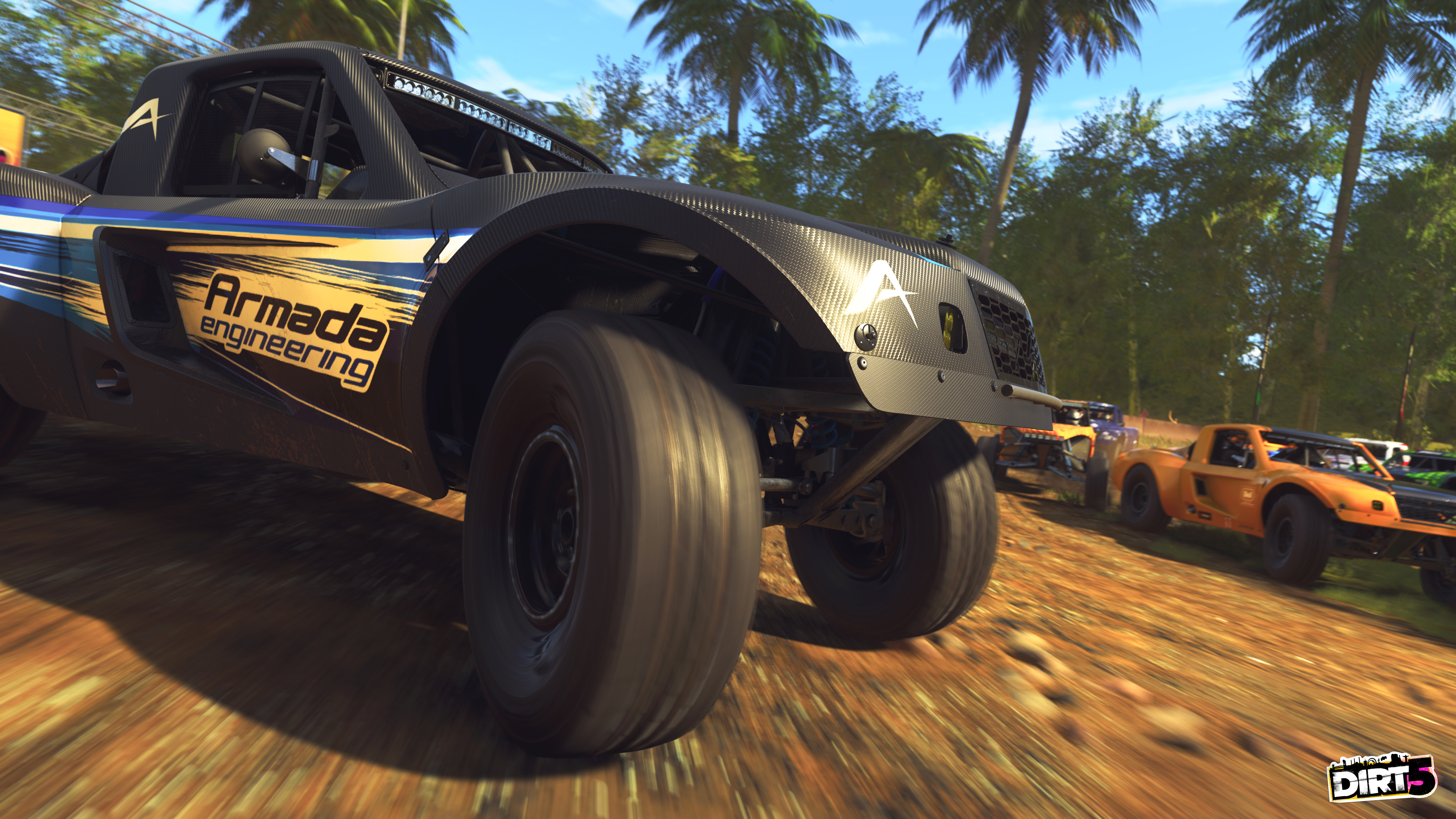 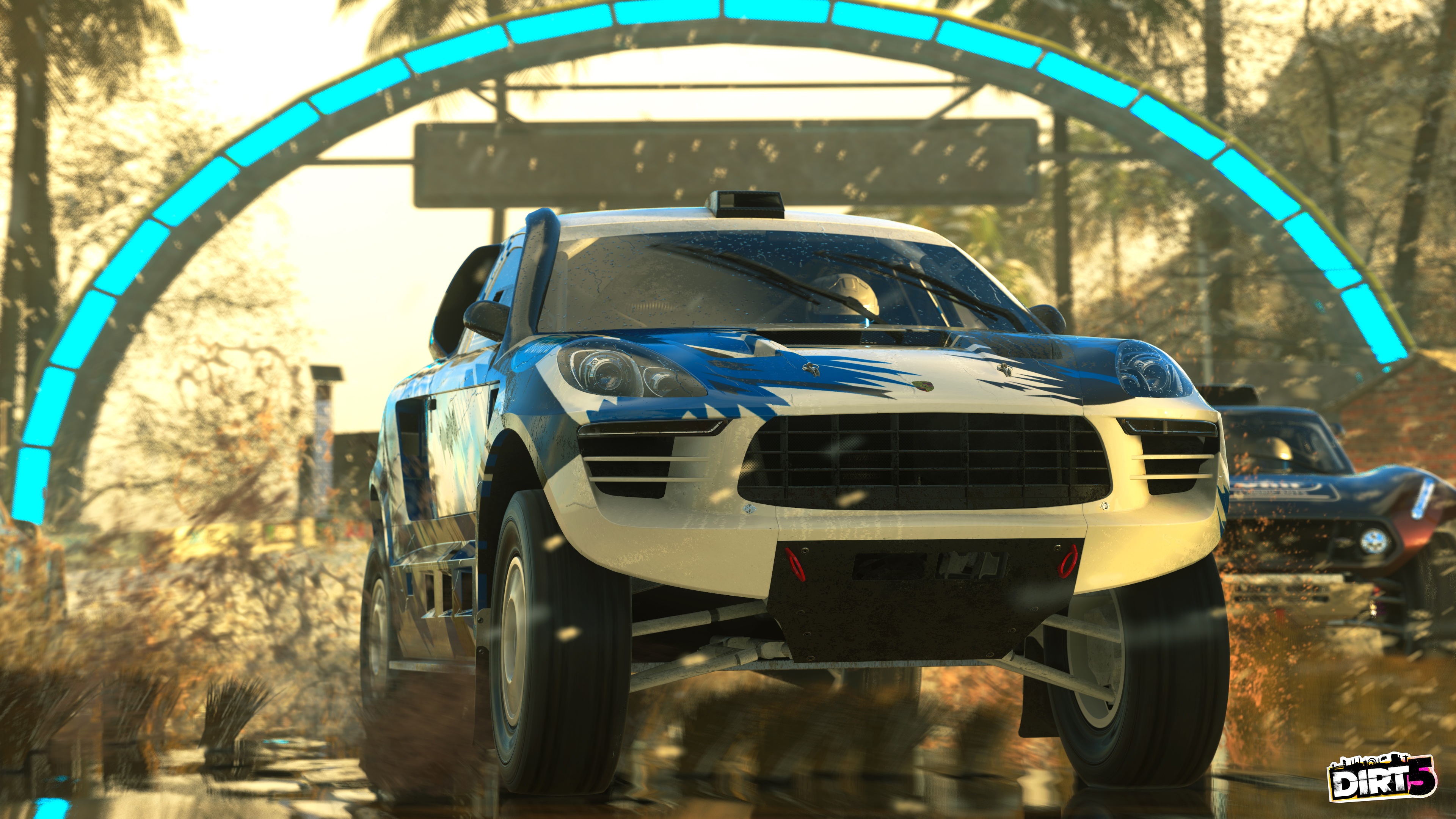