Unrailed! is a co-op multiplayer game where you have to work together with your friends to build a train track across endless procedurally generated worlds. Master random encounters with its inhabitants, upgrade your train and keep it from derailing!
-25%
$16.99
$12.74
Visit the Store Page
Early Access Game
Get instant access and start playing; get involved with this game as it develops. Learn more.
Most popular community and official content for the past week.  (?)
MacOS & Linux Build Now Available!
Feb 20
Heya engineers!

We just put the MacOS & Linux versions of Unrailed - which we have been testing on our experimental branch for a while now - live on the main Steam branch.

Just a quick note regarding supported OS': We officially support Ubuntu 18.04 and MacOS Catalina, however Unrailed should run on many other Distros and older MacOS versions as long as you have a somewhat recent Mac with an Intel CPU.

One more feature for those of you with a reaaally wide screen setup: We now support screen ratios up to 48:9. Here is a preview of what you will look like:

In any case, should you run into any problems feel free to contact us on our Discord server[discord.gg]. 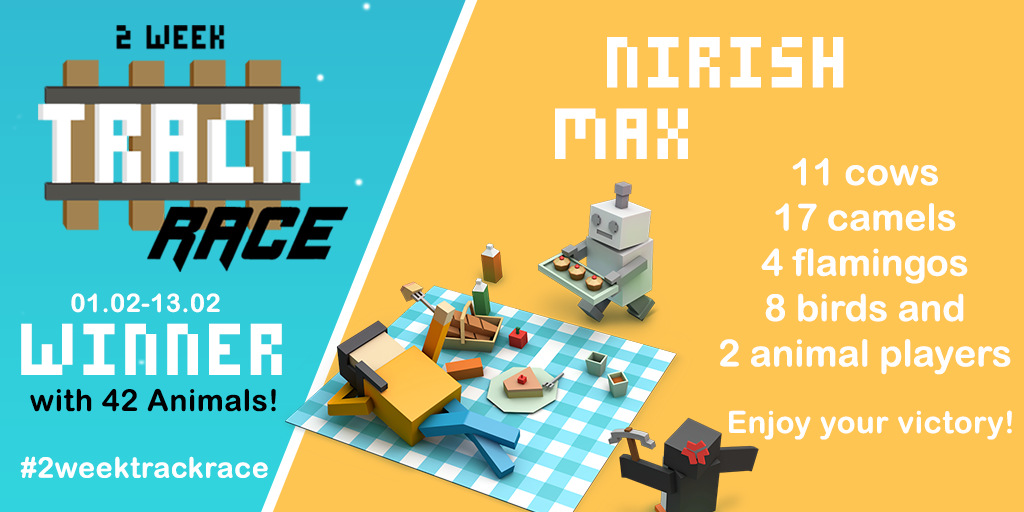 Heyho dear Community, its "this time" again - Track Race Challenge Day!
Last Challenge we asked you to get as many animals into a screenshot as possible. You not only turned out to be extremely creative on what "could be called an animal", but you as well made it extremely exciting in the last hours of the challenge. So, without further ado:

our Winners are Nirish and Max with 42 animals! Congratulations!
Honorable Mentions go out to capanda and lue0303, who at one point tied with the recordholder - but unfortunately had a typo in the Seed. Additionally we want to thank Stencil for making it far more easy for us to keep track of all the submissions!

Now its time to announce our next Track Race Challenge for the upcoming 2 weeks:

The Fast and.... FuriokY?
Finish the Seed FuriokY as fast as possible!
(Please make sure to take the screenshot when the camera is moving back the path you took, after you finished - this way you have the Seed and Time in one screenshot together.) 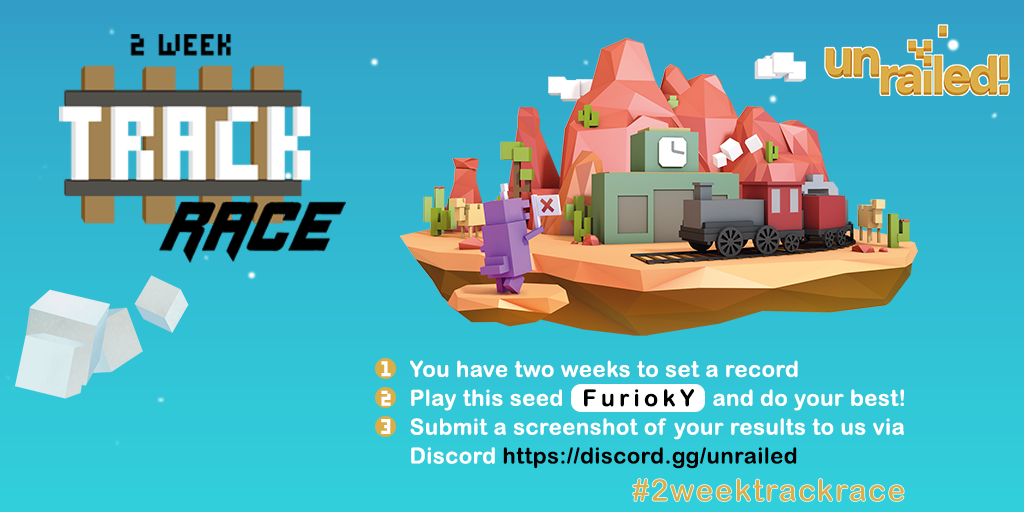 Recommended
5.2 hrs on record
Early Access Review
200 character summary
Unrailed is an amazing multiplayer game where you have to gather resources to build a rail faster than the train moves, You can upgrade your train and its wagons as you progress to the chaning biomes.

Gamemodes & Gameplay 9/10
The game can only be played in multiplayer, There is no single player option, But you can play the game online, grab multiple controllers, but even share a keyboard. The game has a few gamemodes, There is a tutorial mode which wil explain the basics of the game, A quick gamemode in which it is the goal to reach the next station as fast as possible, And a Endless mode in which the goal is to go as far as possible, Games can take several hours in this gamemode. There is also a versus mode, Here there are 2 seperate platforms and 2 seperate trains, May the fastest team be the winner.

The goal of the game differs depending on your gamemode, But you always have to build a rail for an ever moving train, if it reaches the end of the rail it will explode, Which is a bit extreme, But okay. There are 3 tools, A pickaxe to mine ore, a Axe to chop down trees and a bucket for transporting water. The mining and chopping produces wood and ore, You need to put both resources in a train cart and another cart will take these resources and make rails out of them. Then you just have to pick the rails up and place them to steer the train in the right direction.

Ofcourse it is best to make the tracks as straight as possible, But there are a lot of obstacles, You can chop trough woods and ore, Build bridges over water, But sometimes you have to go around the scenery, So the track does not always go in a straight line. There are also animals which will drink the water from your bucket, And thiefes which will steal your resources and rail pieces and throw them off the map. You also have to make sure your train does not overheat, It needs water to cool and that is where the bucket comes in, You just have to fill it at a water source and carry it to the cooling wagon.

Surely this all sounds very easy, But when you are with 2 - 4 people and you have even more jobs to do it gets very hectic, It is easy to lose track of all the things when you try to focus on one of the jobs. It does get easier with more people, But even with 4 players it remains a challenge. Luckily you can upgrade your train, Making it move slower and able to pull more wagons. but you can also upgrade its wagons, So they can carry more resources, Make rails faster, have a larger water tank for cooling, make you see in the dark, and a lot more.

Graphics & Soundtrack 9/10
The graphics look very colorful, It has a bit of a voxel style and it looks great, Even the playable characters are in voxels, There are voxel penguins, voxel Gingerbread man, Voxel Dinosaurs and much more. The soundtrack is also very nice, It fits the game very nicely, It is also very colorful and changes a lot. The supporter pack also contains papercraft templates, So you can create a voxel penguin out of paper, Which is just amazing for anyone who loves penguins. I also adore the main menu, The style is pretty simple, But walking to the buttons is pretty cool for a multiplayer game, You have to stand on the start button with everyone for a few seconds to start the game, Surely people will mess with it in the beginning, Somehow everyone thinks it is funny, but when people get more serious it is a very nice way to navigate the menus in a multiplayer game.

Performance & Support 8/10
Sadly the game is locked to 60 fps, This is not really a problem, But I would prefer if it at least locked at the refresh rate, The game does not have any drops, bugs issues or anything like that, It is a rock solid experience, even when the Linux build was experimental. The support is also great, The devs are very friendly and helpful.

Endgame & Replayability 9/10
The game does not really have an end, You can just play endlessly, And if your train explodes you can just start over, There are no unlockables, Ofcourse there are the upgrades, But if the train explodes so do your upgrades. I do enjoy the game a lot, It is a bit like Overcooked, Where the chaos creates very hectic moments to enjoy with your friends. It surely could use some more gamemodes but the current game does over a great replay value, You can set checkpoints so you don't start in the first biome every time, I have no idea how many biomes there are, but the ones I have seen where all very unique with their own obstacles, creatures and disadvantages. The game will stay fresh and no game will end up with the same tracks.

Improvements
This is a tough one, I think the only thing I really mis is a single player mode, It is currently not possible to play the game by yourself, Unless you want to control 2 players at once, Which is possible if you are that good in multitasking. It would also benefit from more playable characters that stand out more, Like the Penguin, The Gingerbread Man and the Dinosaur Maybe? The rest feels a bit generic. I notice everyone does not care or wants to be the gingerbread man. I myself as a Linux fan prefer the penguin ofcourse.

Early Access
The game is still in Early Access, I am not sure what they will add, Surely the game looks like a fully fledged game already, I am very curious to see what the devs have in store for us. I will re review the game when I feel a lot has changed or the game leaves EA.

Conclusion 9/10
Overall, I love this game, If you like multiplayer games like Overcooked you can not miss out on this game. You should skip it if you only play single player games or need a story or something. But it offers one of the best hectic cooperative experiences on Steam. In my eyes this truly is a must have. 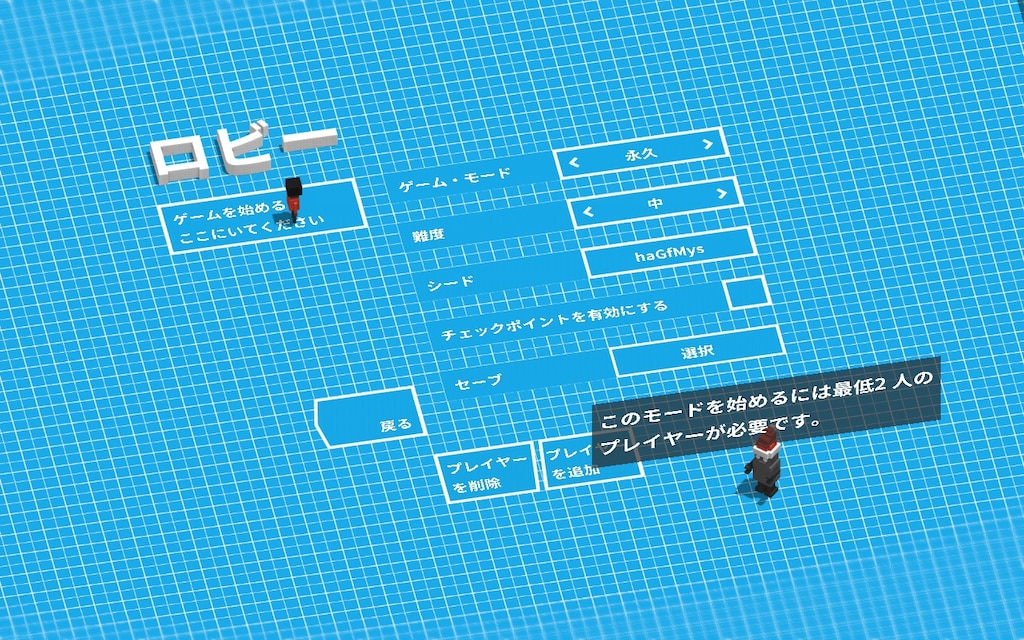 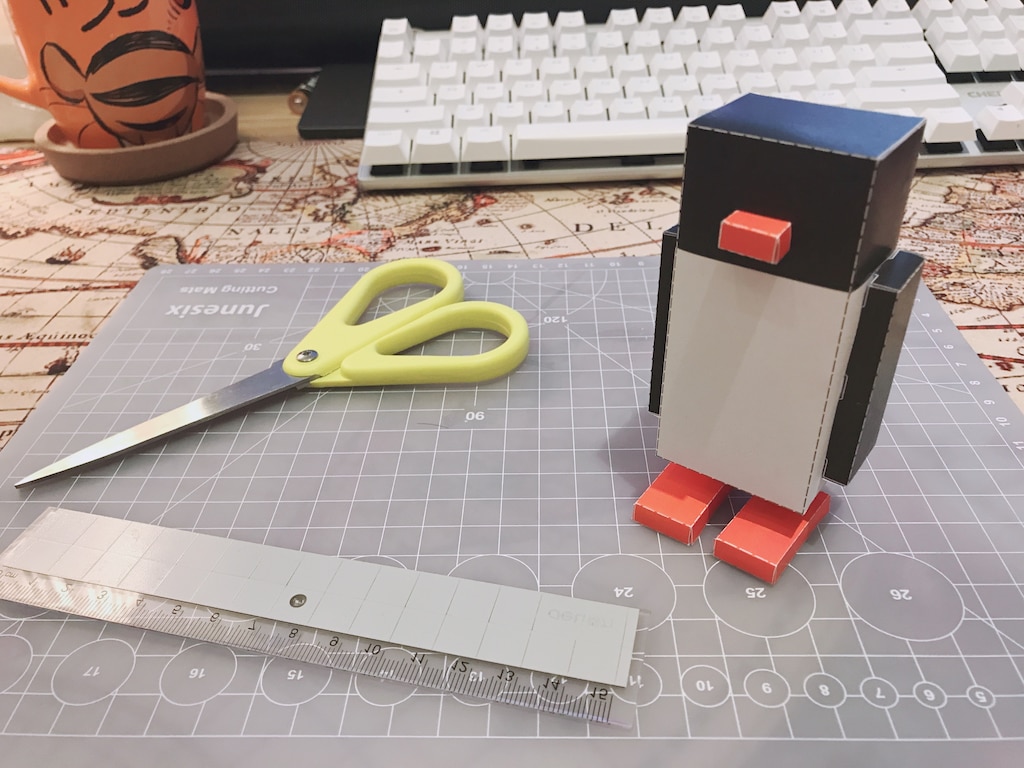 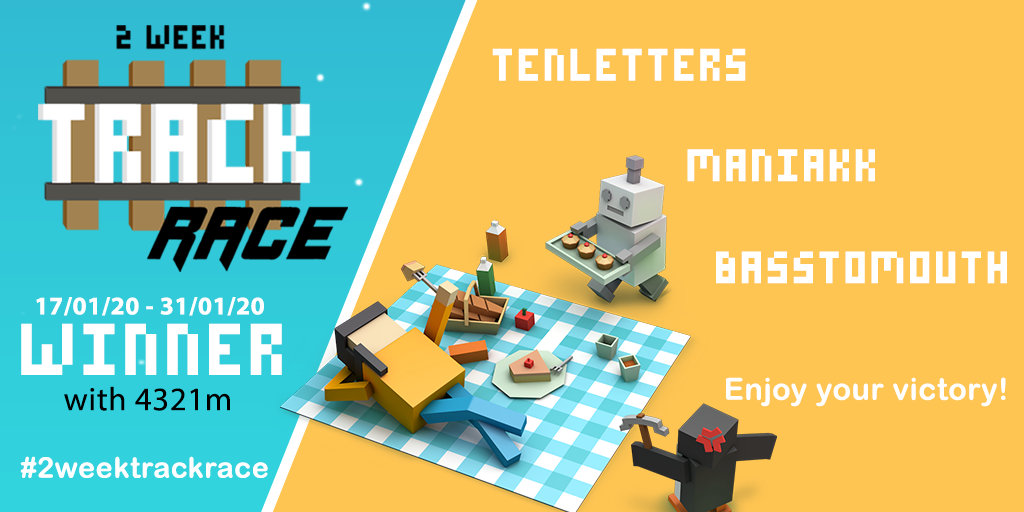 2 Weeks ago we started our test-run of our new bi-weekly Challenge "TrackRace". What can we tell you - people went crazy and broke each others record over and over again. ManiaKK, BasstoMouth and TenLetters are the ones that had the longest track created in those 2 weeks: 4321m - what an achievement!


This time, we wanted to spice things up a little - so without further ado, here is your next Challenge:


GET AS MUCH ANIMALS IN ONE SCREENSHOT AS POSSIBLE (SEED: AnimaAs) 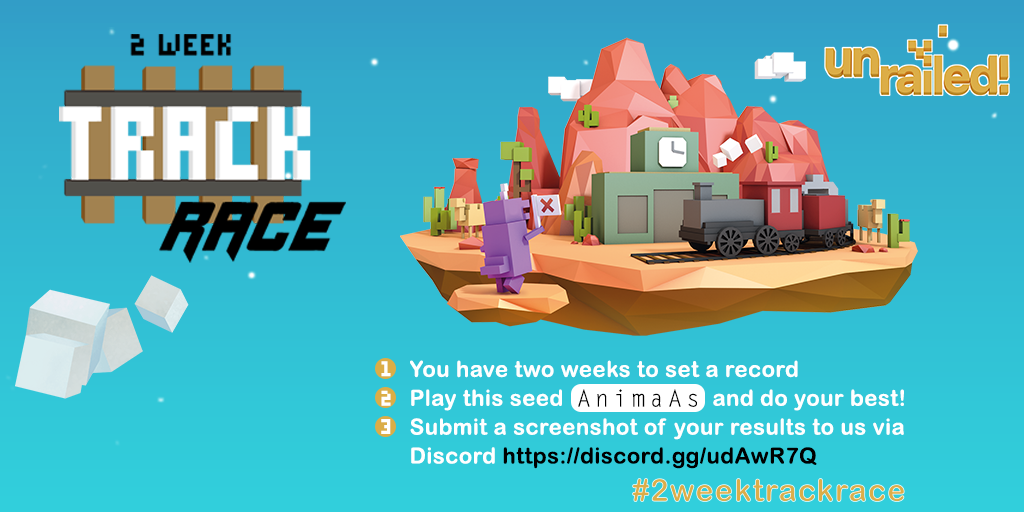 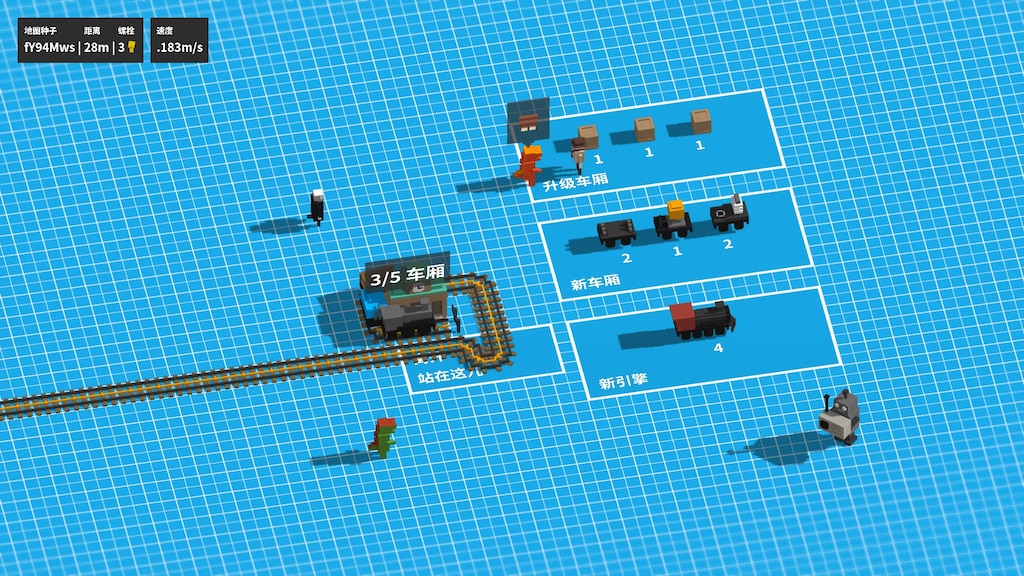 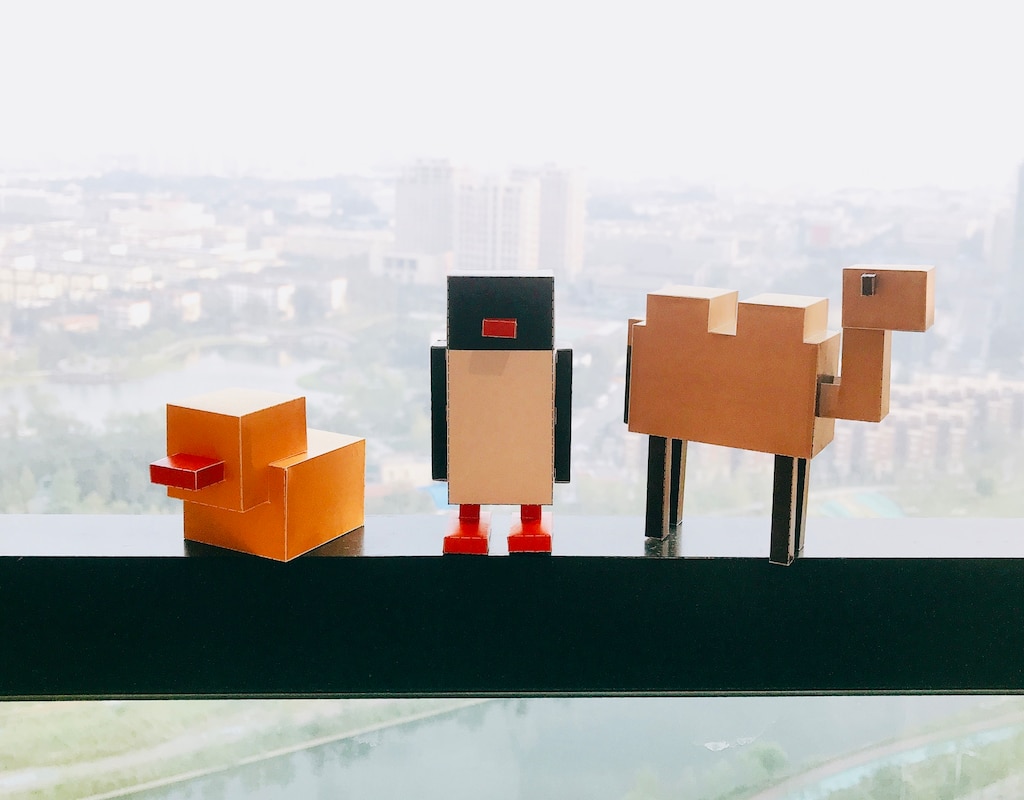 What the game dosent tell you about upgrading your train
A guide explaining what other benefits you get from getting a new engine, other than a new biome
8
39 ratings 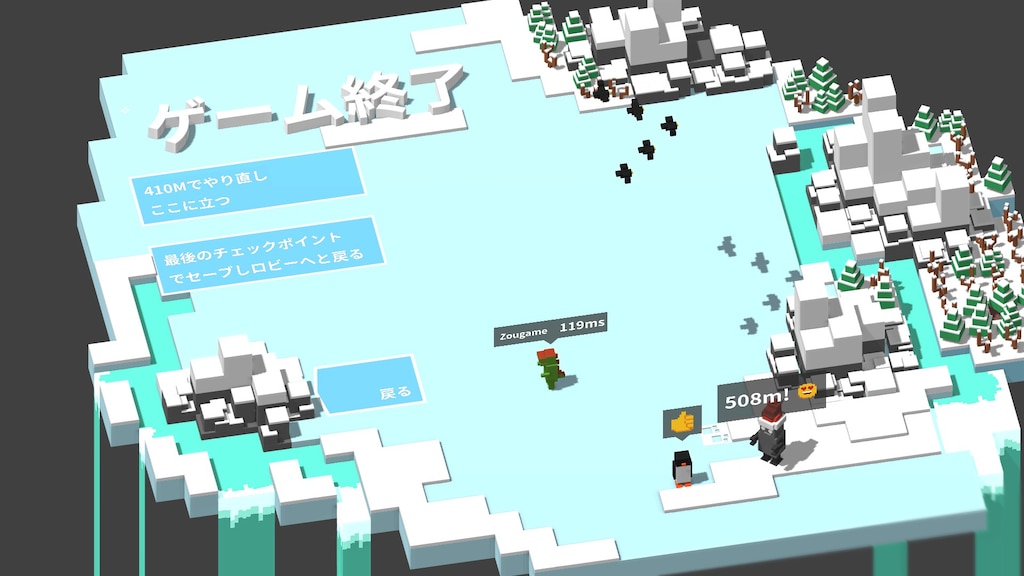 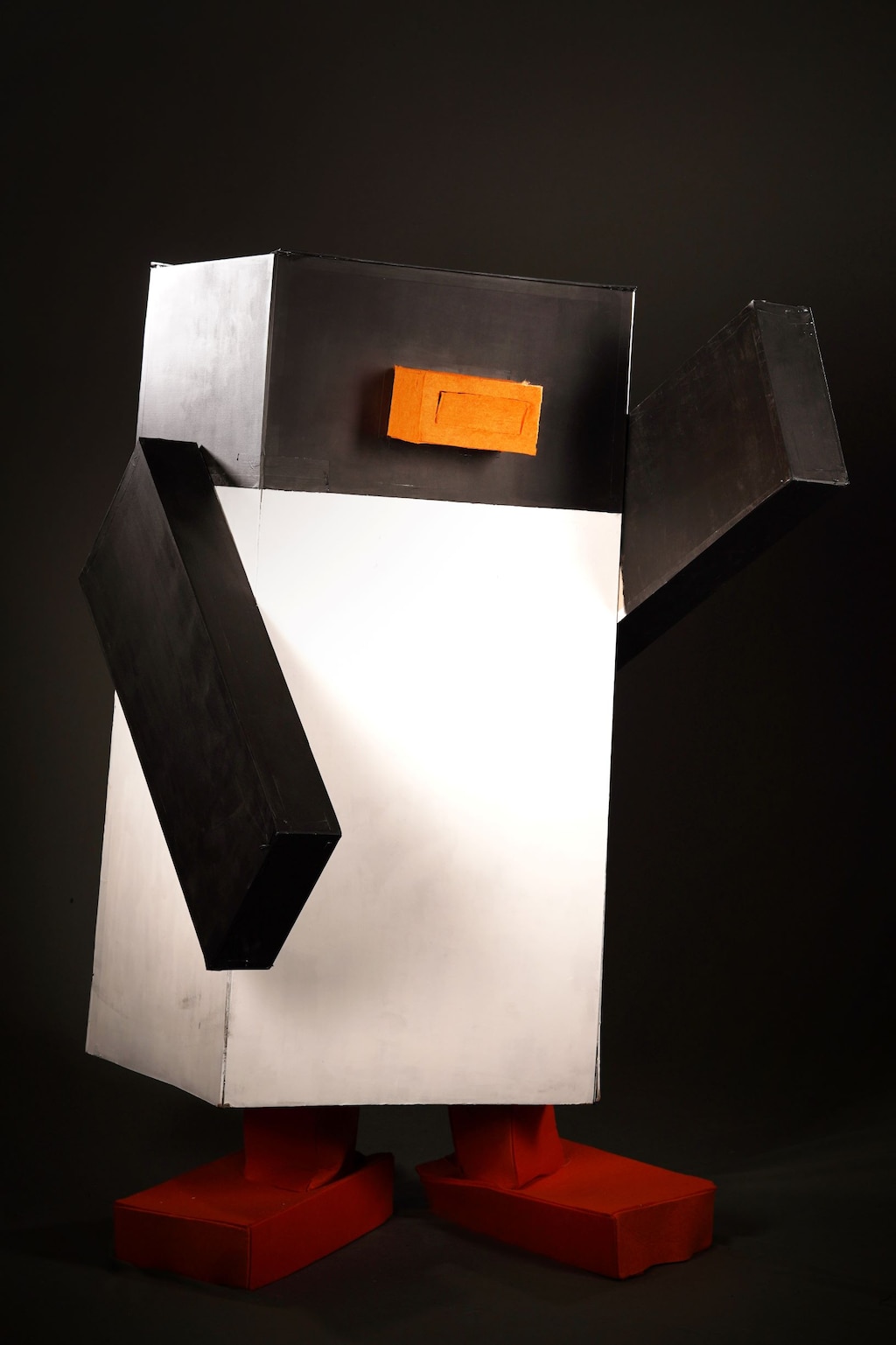 Unrailed! Achievement Guide
A walkthrough of how to get each achievement in Unrailed.
0 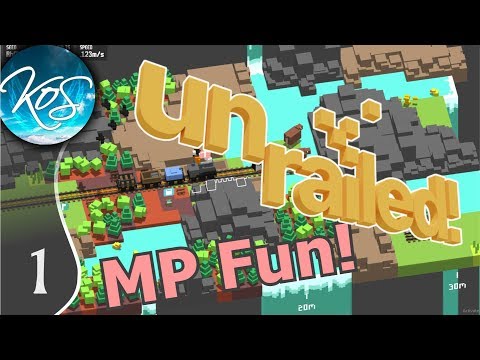 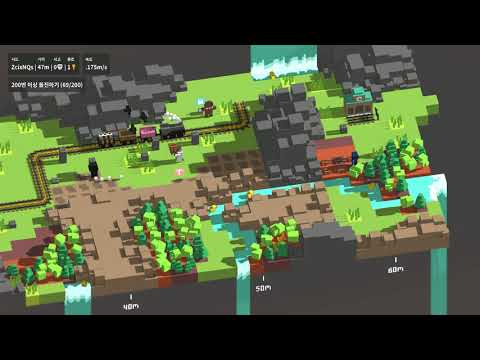 Recommended
0.2 hrs on record
Early Access Review
The art style Unrailed! is in has conquered my heart a long time ago. There is something so adorable and motivational about voxel art that I just HAVE to collect (and play) voxel games whenever I see them.

The menu on its own is already the most adorable mini game ever. Walking around to select your button – original! Then there’s the tutorial. It’s clear, straight-forward, not too long and the basics of the game are well-explained.

Downside: it’s an online multiplayer game only, which I find a bummer. I would find it super fun to play alone, too.

Another remark: the game’s loading times get heavy on my computer. The game freezes and even crashes often, which does become annoying after a while.

Cons: You are only able to load your save game once. Don't expect to make it far unless you have plenty of time on your hands for long gaming sessions. Some players aren't looking for high-scores, and these devs have ignored those players. 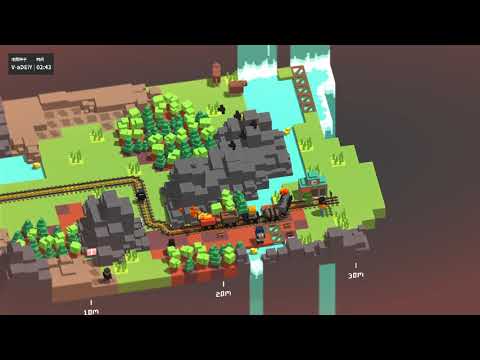 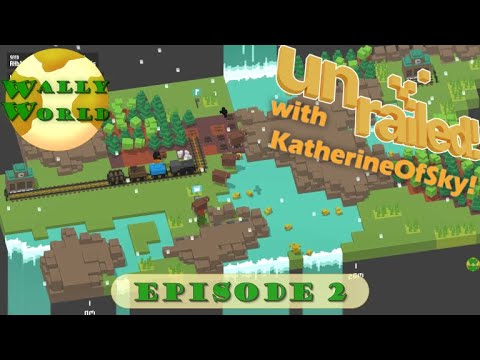 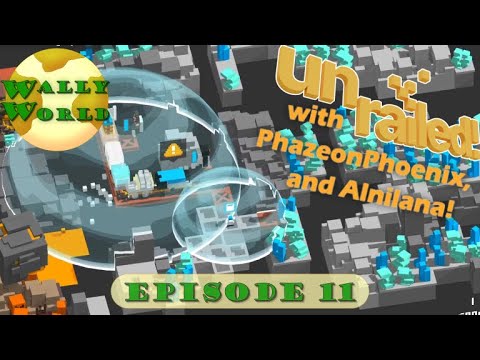 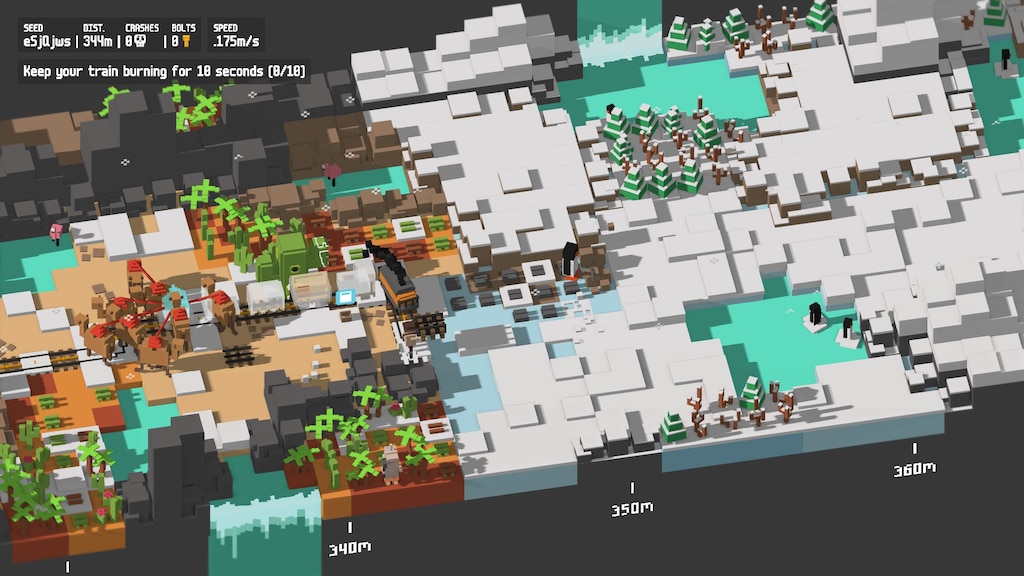 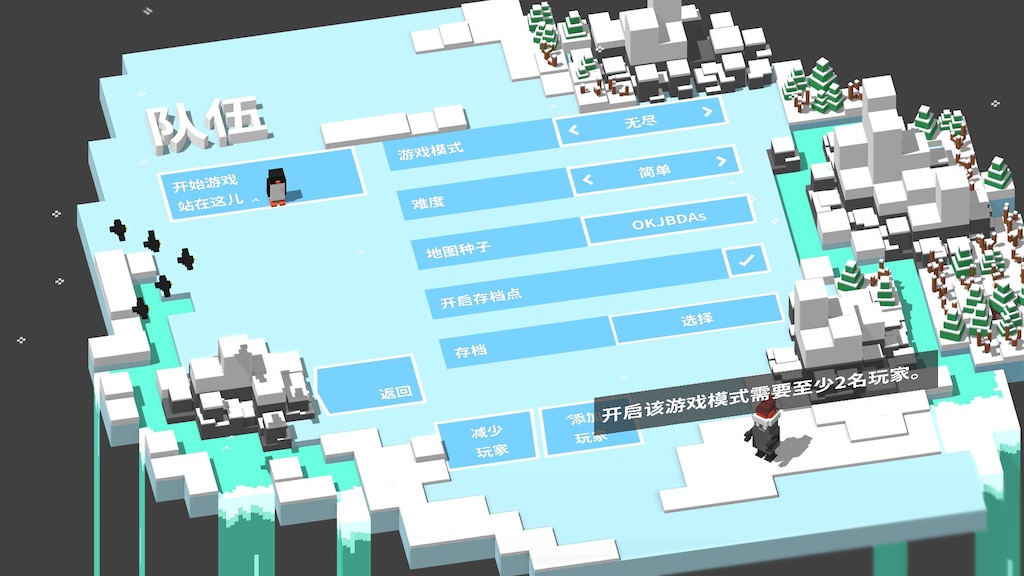