Store Page
Unturned>  Workshop > STEVE (스티브)'s Workshop
This item has been removed from the community because it violates Steam Community & Content Guidelines. It is only visible to you. If you believe your item has been removed by mistake, please contact Steam Support.
This item is incompatible with Unturned. Please see the instructions page for reasons why this item might not work within Unturned.
Current visibility: Hidden
This item will only be visible to you, admins, and anyone marked as a creator.
Current visibility: Friends-only
This item will only be visible in searches to you, your friends, and admins. 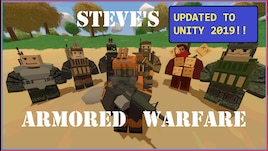 STEVE (스티브)
Online
See all 1595 collections (some may be hidden) 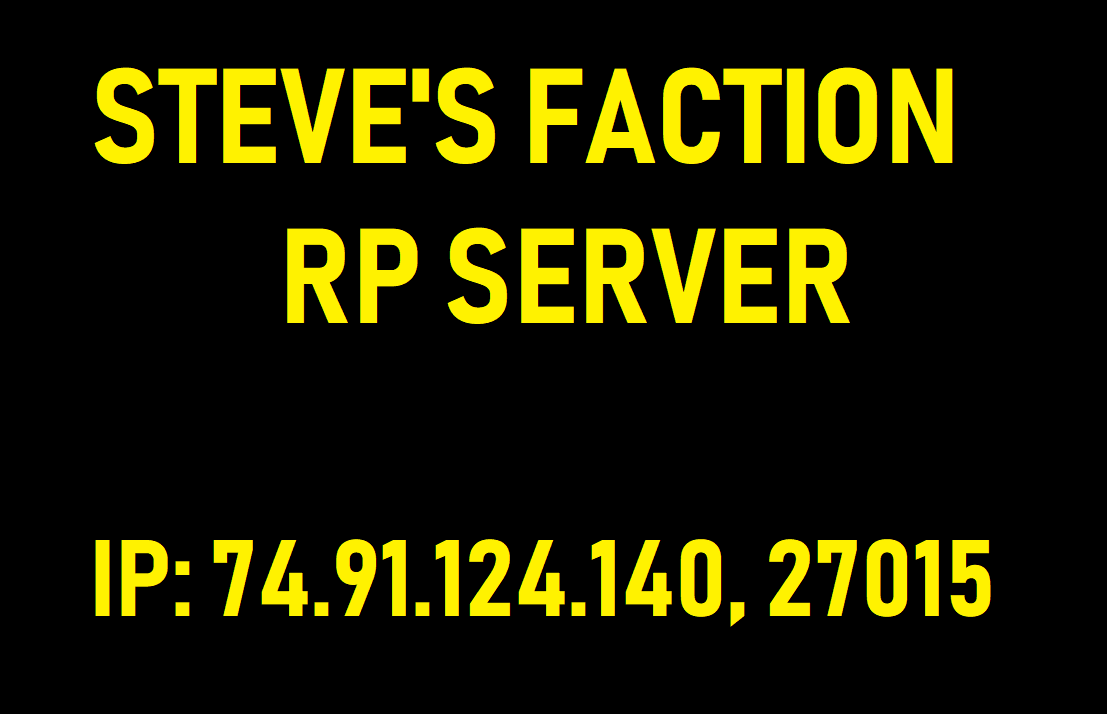 NOW PLAYABLE!!! (Thanks to Ravager)

<> Over 30 uniform sets from dark fatigues, blue, olive, army, leather, khaki, and camo-fatigues such as BZT, SPEC-OPS, Urban etc.
<> Mod has LOOT SPAWNS. Regular fatigues can be found in military, civilian, and spec-ops locations depending on their type
<> There is now an extra dimention when it comes to clothing. You can upgrade regular fatigues to ARMORED FATIGUES. This requires metal sheets and rope, with blowtorch as a tool
<> Armored Fatigues give much better armor and clothing durability (in addition to looking more awesome)
<> Lore uniforms from various fictional universes!!

<> Each of the 30+ uniform sets comes with a wide range of possible rank options
<> To rank up, you need a Promotional Emblem, (ID: 61776), These are not included in lootspawns and are recommended to be included in a kit for faction leaders for servers!
<> There are no armor or stat differences between the ranked clothings
<> Perfect for Rp servers

<> Before the downfall of society, engineers in South Korea were able to develop a high tech metal alloy that combines the durability of carbon steel with properties of nickel and titanium to create an ultra strong metal.
<> Quadranium steel can be crafted from metal sheets (refined) and a blowtorch
<> Most of the armors use Quadranium Steel plating as a defense source. Quadranium Steel must be mined to repair these armors
<> Titan-class Juggernaut vests can be crafted if you manage to craft enough Quadranium Steel ingots!!

<> A variety of armors from universes such as Metro 2033, Halo, Fallout, are included
<> More lore armors will be added in the coming updates
<> The METRO ITEMS ARE RESERVED FOR THE OFFICIAL, UPCOMING METRO-INSPIRED MAP!
<> Like and favorite if you would like to see more


HUGE thanks to Tylerclone for volunteering to make a video preview. Make sure to check out his channel!!!


NOTE: By subscribing to this item you agree to NOT copy, re-upload, include in a "server mod pack" or, republish on a different website through any means WITHOUT PERMISSION. To ask permission to include in a mod pack, DM me on Discord


Copyright 2019 [STEVE LEE]. This item is not authorized for posting on Steam, except under the Steam account named STEVE(스티브)
Popular Discussions View All (25)

Derpy Potatoツ Jan 22 @ 3:19pm
Do i have your permission to put this into my modpack?

crazycreeper63 Jan 5 @ 7:43pm
anyone know how to craft any of this if you do could you put down all of the crafting recipes

nope.avi Dec 13, 2019 @ 6:19pm
took me so long to realize that the Shadow Company armor was desert vest and helmet