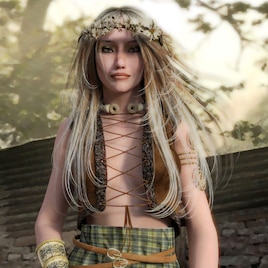 sukritact
Offline
See all 83 collections created by rob8xft and other people (some may be hidden)
You need DLC to use this item.

This item has been added to your Subscriptions. Some games will require you to relaunch them before the item will be downloaded.
In 1 collection by rob8xft
Anno Domini Brave New World

18 items
Description
Anno Domini is an ancient era full conversion mod. Play as one of countless civilizations from the "Old World" from the dawn of time to the Dark Ages. Details of the mod are on the Anno Domini website: www.annodomini.org.uk.

To play, you must have the Anno Domini base files, art files and the cities in development files, plus at least one of the civilization packs - but it's up to you as to how many you select. Anno Domini may not work with other mods, so it's recommended that you only use Anno Domini mods when you play and also you should have all the DLCs and both expansions (except the map packs).

Anno Domini incorporates it's own version of various modcomps, including the Community Patch, Cities in Development, Events and Decisions, Mercenaries, Leugi's barbarians and Tomatekh's historical religions.
Popular Discussions View All (1)

Khaiden Apr 11 @ 12:44pm
I'm having some problems too, if anybody is still troubleshooting around here. The game crashes when I make a decision around Turn 95. At first it was a mercenaries decision (2 choices, went for the one that gives culture and then from another saved game around the same turn it was a diplomacy decision (only one choice that would increase influence with a city-state).

I installed them all manually by downloading with a Steam workshop downloader. I had all mods enabled. The only other mods I had enabled were the IGE and Only-Modded Civs. I literally had nothing else in my MODS folder.

jkdrakayne Feb 5 @ 2:36pm
I'm having a problem I'm having trouble describing-- basically, I subscribed to this mod, the required art files and city mods, and a slew of civ packs, but only the Africa pack and the city mod is displayed. While I try to figure out how to get them to install, the game crashes to desktop. Have I done something wrong?

Sequester Grundleplith MD Nov 7, 2019 @ 8:28am
to follow-up my prev post, I have installed it, the ctds are when I'm actually playing it, not trying to load the mod

Sequester Grundleplith MD Nov 7, 2019 @ 8:27am
This is a great mod, but it constantly ctds for me. Is this a common problem with a generally-known solution?

Civ scenario editor tools crap Oct 26, 2019 @ 4:43pm
It is a great mod (more content than a $30 DLC) but unfortunately the text on all of the buttons turns to gibberish after a certain era on my windows PC.

Fearchar Sep 29, 2019 @ 9:11am
@ryanhodge460: Im checking this mod out right now, see if its any good, website is now for Civ 6. But theres an Anno Domini BNW which is prolly what we need if we got all the DLCs.
More info under civfanatics:
https://forums.civfanatics.com/threads/anno-domini-rise-of-cities-edition-latest-version-dated-november-9th-2016.524019/page-86#post-14564067

ryanhodge460 Sep 14, 2019 @ 6:20am
Hi all, my game keeps crashing whenever I try to install this specific part of the Anno Domini mod. I have all of the other parts installed already, and I bought all the DLC. Does anybody know what's going on?

DanTheTerrible Aug 30, 2019 @ 8:08am
I am having trouble figuring out how my citizens consume food under the anno domini mod. I have noticed that none of my cities seem to consume 2 food per citizen as in the base game. Instead some cities consume 1 food per citizen and others consume 3 food per citizen. I suspect the distinction between the two rates has something to do with the disease/health/plague subsystem, but the details are escaping me. It seems weird that this major change to gameplay appears to be undocumented.
< >