Store Page
Stellaris>  Workshop > force728's Workshop
This item has been removed from the community because it violates Steam Community & Content Guidelines. It is only visible to you. If you believe your item has been removed by mistake, please contact Steam Support.
This item is incompatible with Stellaris. Please see the instructions page for reasons why this item might not work within Stellaris.
Current visibility: Hidden
This item will only be visible to you, admins, and anyone marked as a creator.
Current visibility: Friends-only
This item will only be visible in searches to you, your friends, and admins. 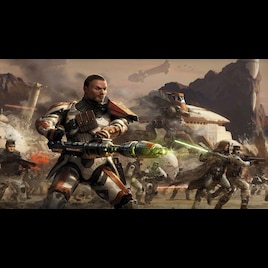 force728
Offline
See all 125 collections (some may be hidden)

This item has been added to your Subscriptions. Some games will require you to relaunch them before the item will be downloaded.
Description
This mod adds animated portraits from the Galactic Republic from the Great Galactic War.

Credit also goes to Malthus and Nikkle for the planetary ring from his mod More Home Systems:
https://steamcommunity.com/sharedfiles/filedetails/?id=711413459&searchtext=more+home+systems

force728  [author] Dec 31, 2018 @ 11:55pm
@Kourgath223: Thanks for bringing me this feedback:
1. I'm aware of the food issue for custom species. I found a temporary solution on the forums, but it stopped working for some reason.
2. The Centax moons don't have other districts because it's a custom planet and they lack natural resources for them. I'm working on fixing the problem soon.
3. Sure, I'll change Hesperidium to help match the lore.
4. The planet modifiers have already been changed so that they can be useful again in the coming update.

Kourgath223 Dec 31, 2018 @ 3:46pm
So a couple of things I noticed while playing with this mod on 2.2.2.
Pops using these portraits seemingly don't require food or consumer goods as upkeep like when using vanilla portraits, I assume this isn't intended.
Centax-1,-2,&-3 can only build city districts, not sure if this in intended though maybe it is since Hesperidium can have all the normal districts.
P.S. Regarding Hesperidium would it be possible for it to be increased to size 15 so it can be made into a resort world?
Finally the bonuses for Anaxes and Corellia don't do anything since (military) ships haven't been built at planets starting with 2.0. I assume their is a way to make it so when you own those planets you get an empire modifier that gives you the same bonuses they say they give but I'll admit I don't know what the code would look like for that.
< >