Store Page
Tabletop Simulator>  Workshop > Intelekt's Workshop
This item has been removed from the community because it violates Steam Community & Content Guidelines. It is only visible to you. If you believe your item has been removed by mistake, please contact Steam Support.
This item is incompatible with Tabletop Simulator. Please see the instructions page for reasons why this item might not work within Tabletop Simulator.
Current visibility: Hidden
This item will only be visible to you, admins, and anyone marked as a creator.
Current visibility: Friends-only
This item will only be visible in searches to you, your friends, and admins. 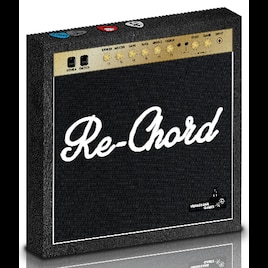 Intelekt
Offline
See all 2 collections (some may be hidden)

This item has been added to your Subscriptions. Some games will require you to relaunch them before the item will be downloaded.
Description
Kickstarter is LIVE NOW!

Re-Chord is a guitar themed board game by Yanaguana Games. Coming to Kickstarter in 2018, free to play on Tabletop Simulator until funding! Please contact me if you'd like to learn how to play or get a game started!

In Re-Chord guitarists each have a hidden secret color which they and only they know until the very end of the game. There are a few options per turn but the main action is choosing a pick from either the public draft pile or the bag, then deciding where to place it. Each pick has a power relating to the board or other picks which creates intense strategic choices. Guitarists attempt to get the most of their color picks onto each fret of the board by the time scoring is triggered. In addition to gaining points via area control, players have cards with real guitar chords on them which they attempt to score based on certain pick placements. Play resumes until the first four frets are full and the player with the highest total score wins.

Intelekt  [author] Jan 17, 2018 @ 9:11am
Thanks for your support Vidar! I'm actually updating both modules with all the new artwork and graphics today. I'd love to play a game once all of this is tidy!

Intelekt  [author] Oct 13, 2017 @ 5:45pm
Hi everyone, I'll be on teaching games for the next few nights while our campaign is live. If you'd like to play let me know and we will gladly teach you.

Intelekt  [author] Sep 28, 2017 @ 12:48pm
Got it sorted! The picks are updated and even have the colorblind versions now. Thanks for playing and please remember to back us on Kickstarter!